The Fish Japanese Restaurant is a sushi restaurant and fish market serving sashimi and fresh catches of the day.

It's the newest addition to the city square already packed in full with Japanese, Korean and Persian eats, dessert and bubble tea shops. The two-floor restaurant bearing a pair of fish along the staircase provides yet another reason to make a day of it at this restaurant row. 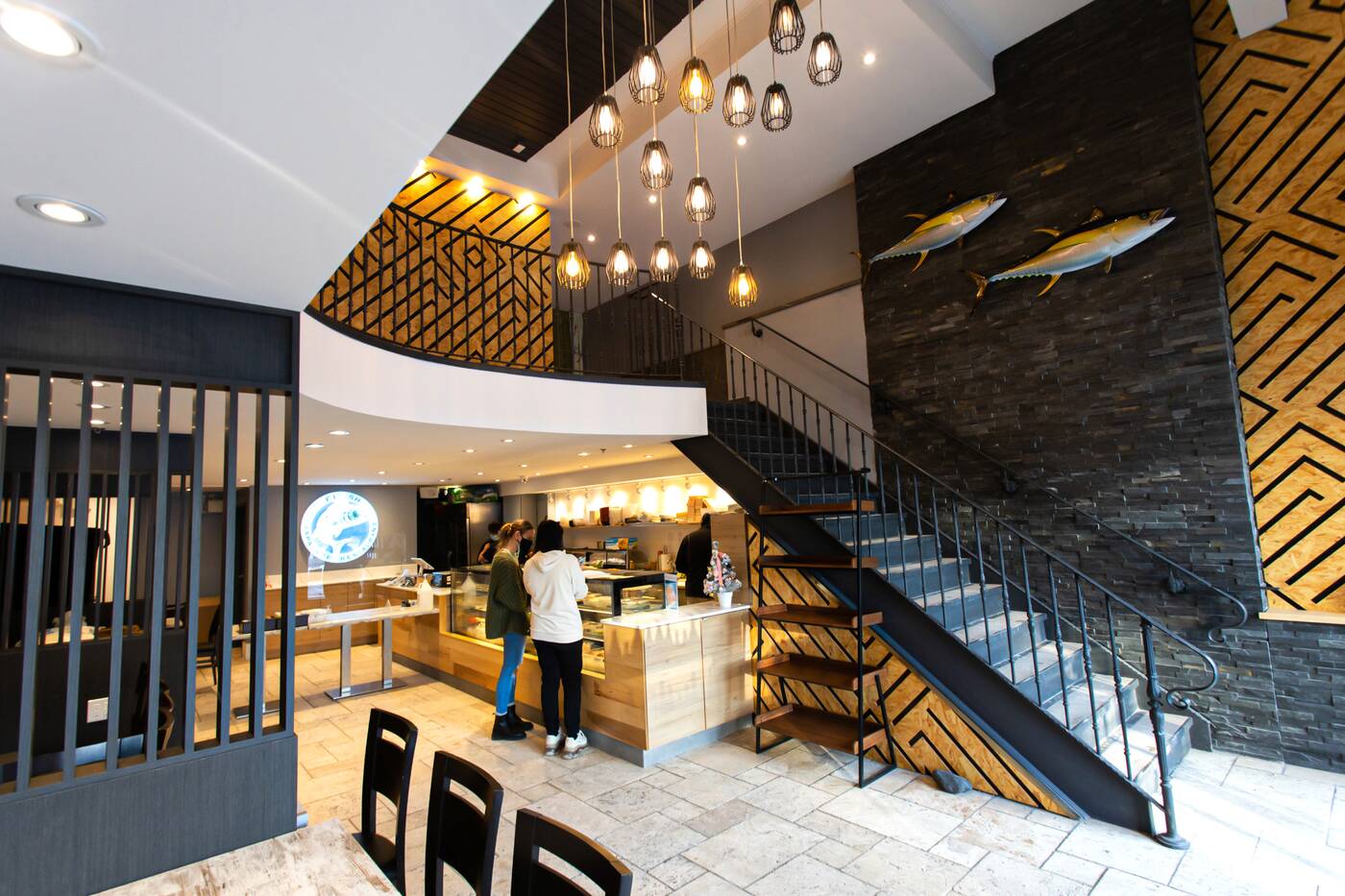 Whether here for a dinner of sushi, sashimi and donburi or you're looking to scratch a few items off of the grocery list at the fish market where select sashimi is 20 per cent off after 8 p.m. every day, all of your wildest seafood dreams will be met at The Fish. 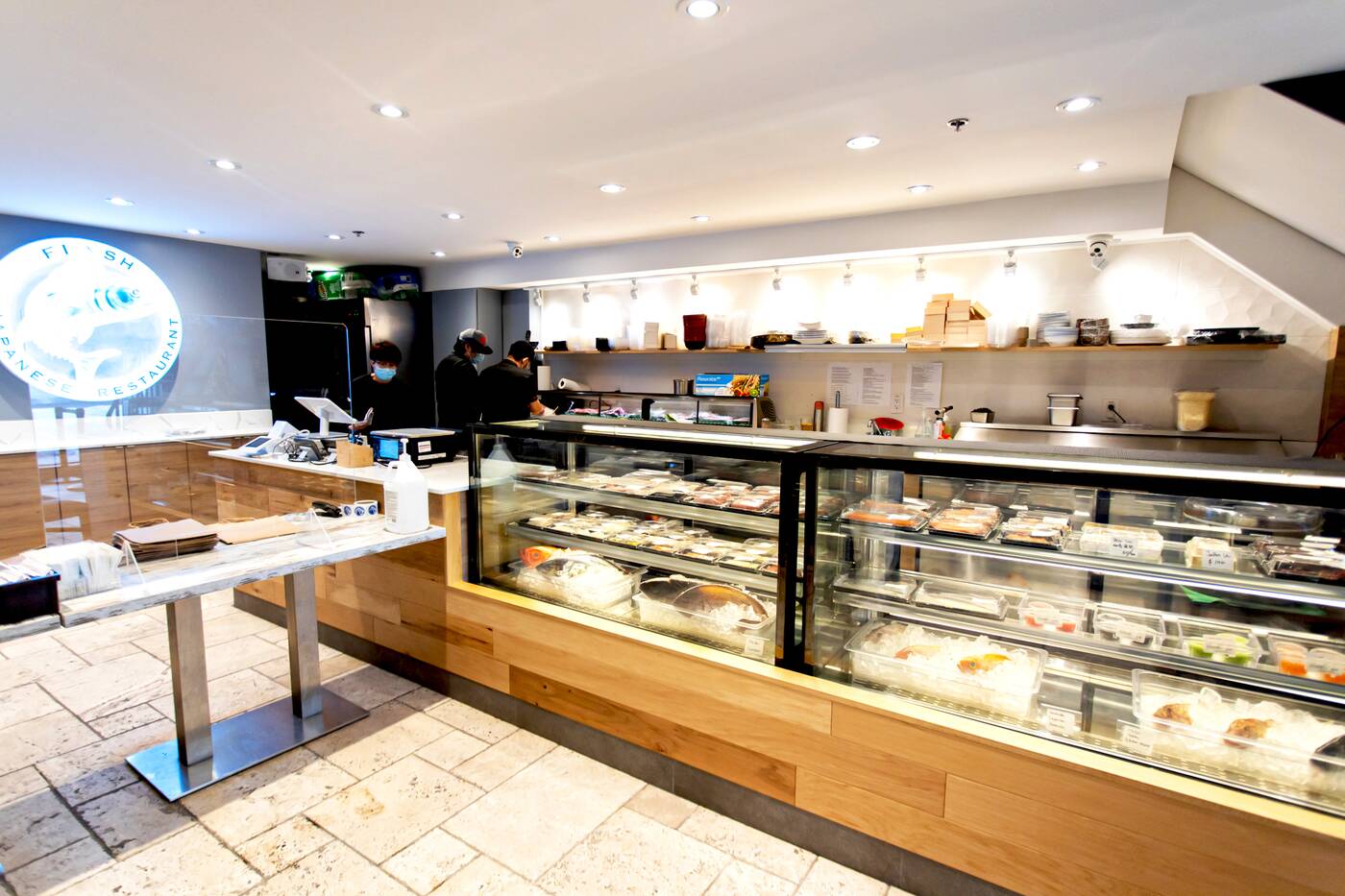 Sashimi like salmon, scallop, and amaebi (sweet shrimp) are shipped three times a week. They also come in a variety of different sizes, so if you want just three pieces of salmon for the cheap price of $3.50, that's an option. 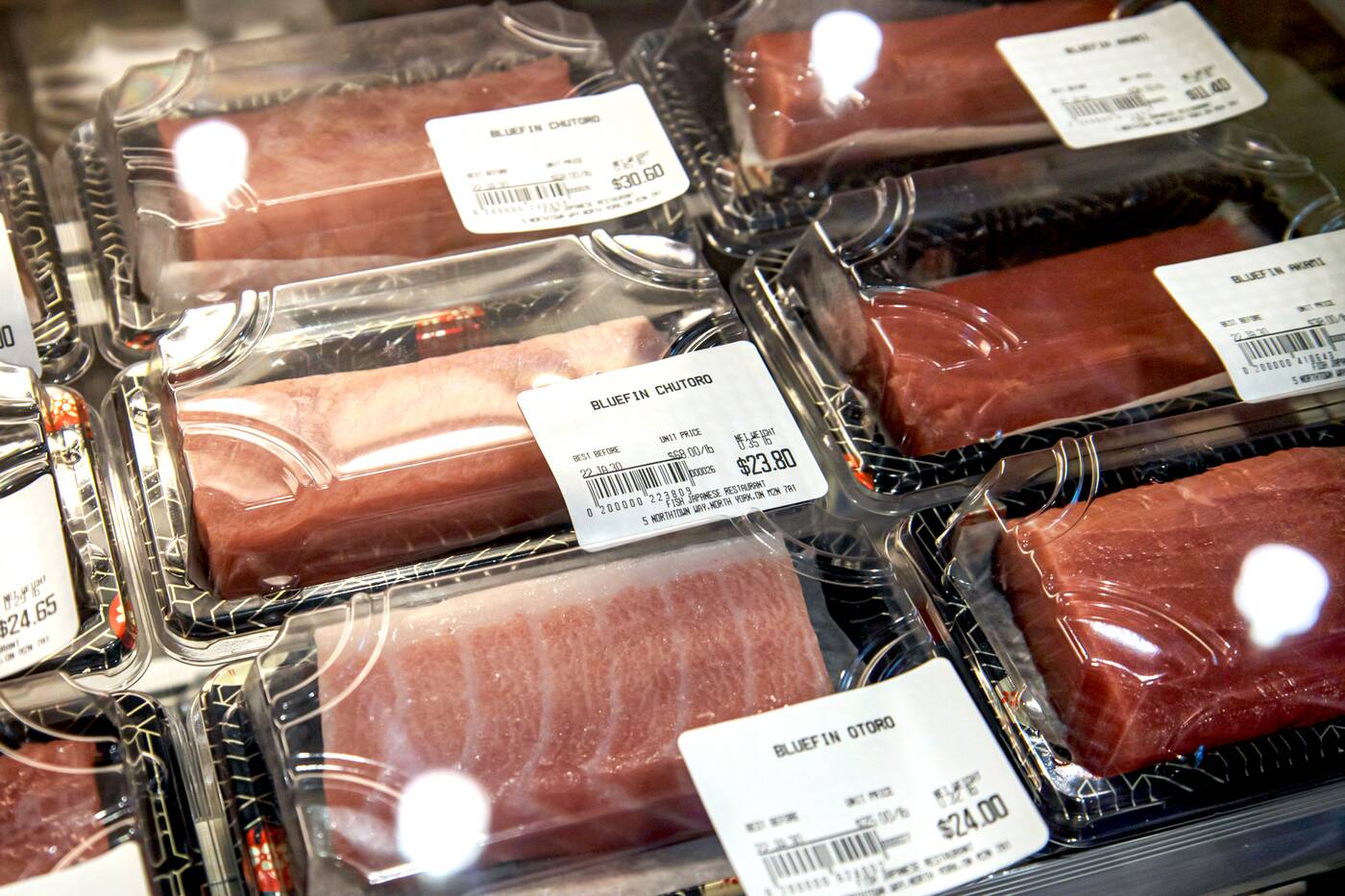 Three different parts of Bluefin tuna are also available, otoro, chutoro and akami (ranging in cost from $10 to $30).

Otoro is from the fattiest part of the fish, its belly, and therefore the richest and most decadent. Akami is meaty and the most commonly used part of the fish while chutoro is a balance of the two. 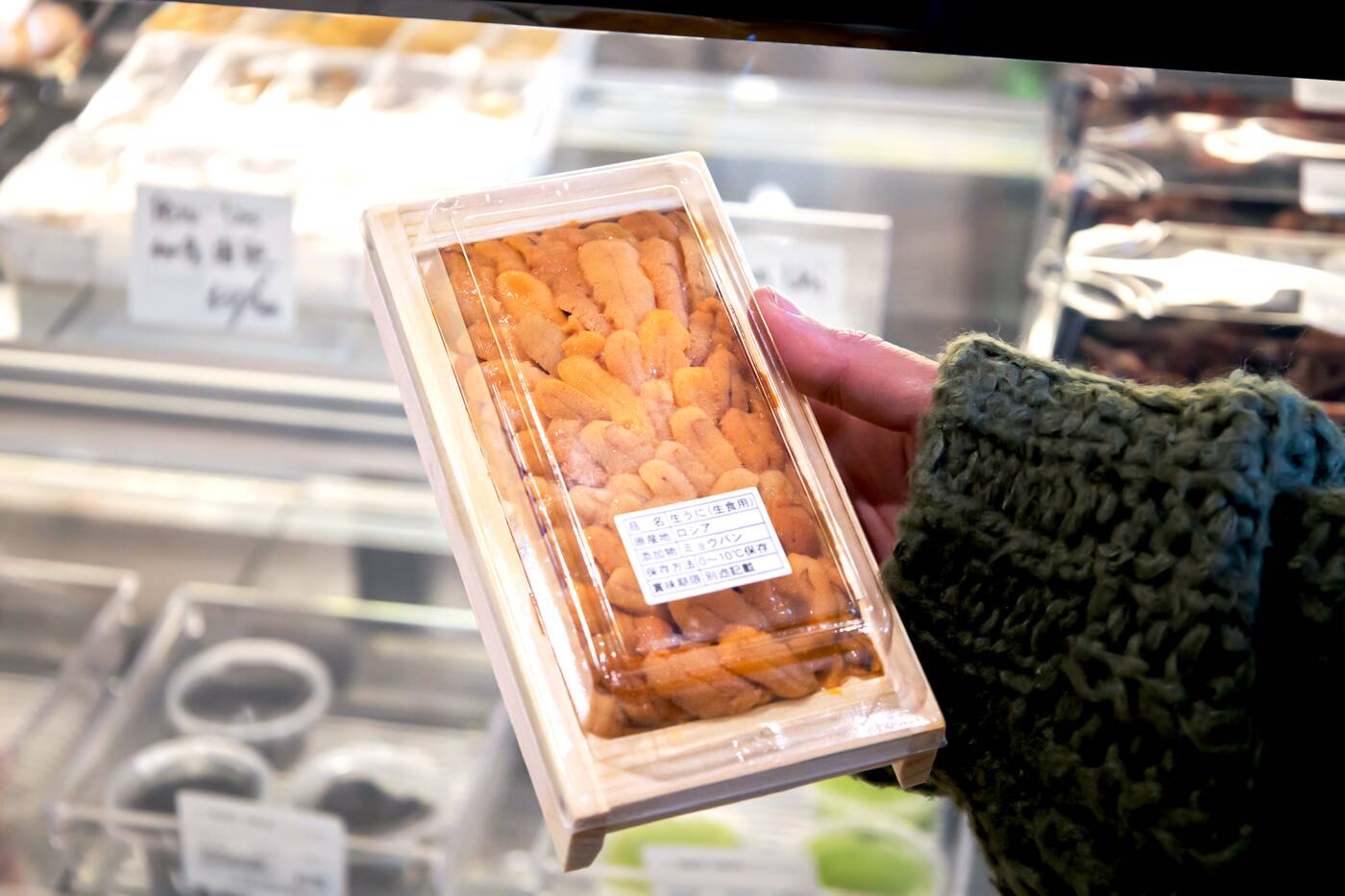 Both green and black tobiko (flying fish roe), ikura (salmon roe) and tako wasabi made with boiled octopus and wasabi are also among the market's inventory. When it comes to sea urchins, take your pick between Japanese or South American, sourced from Peru. 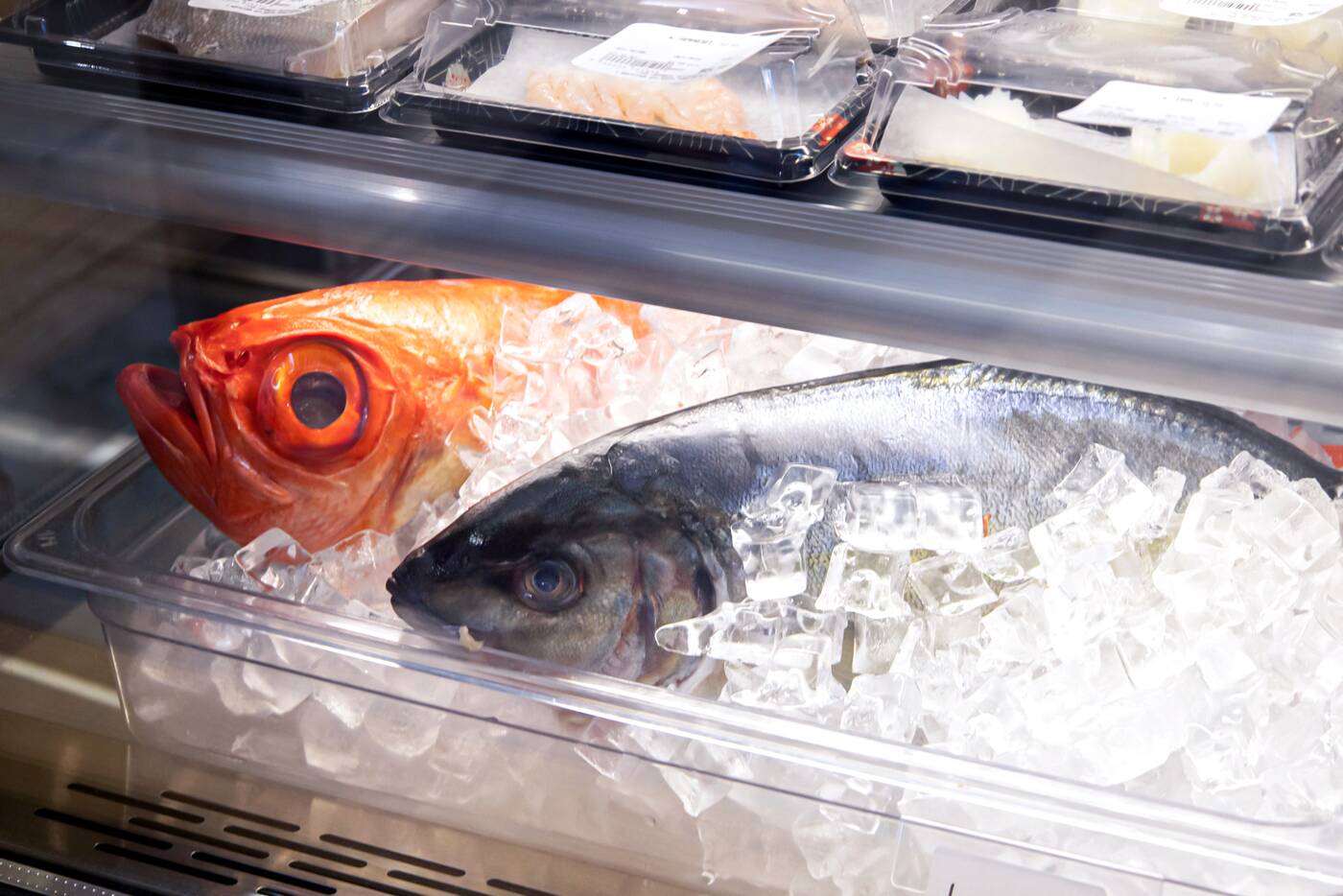 Kinmedai, madai (red seabream), shimaaji and kintokidai or red big eye snapper from Japan are behind the counter during our visit, plus the Hawaiian-bred designer yellowtail, kampachi. But the selection tends to change often with each weekly delivery. 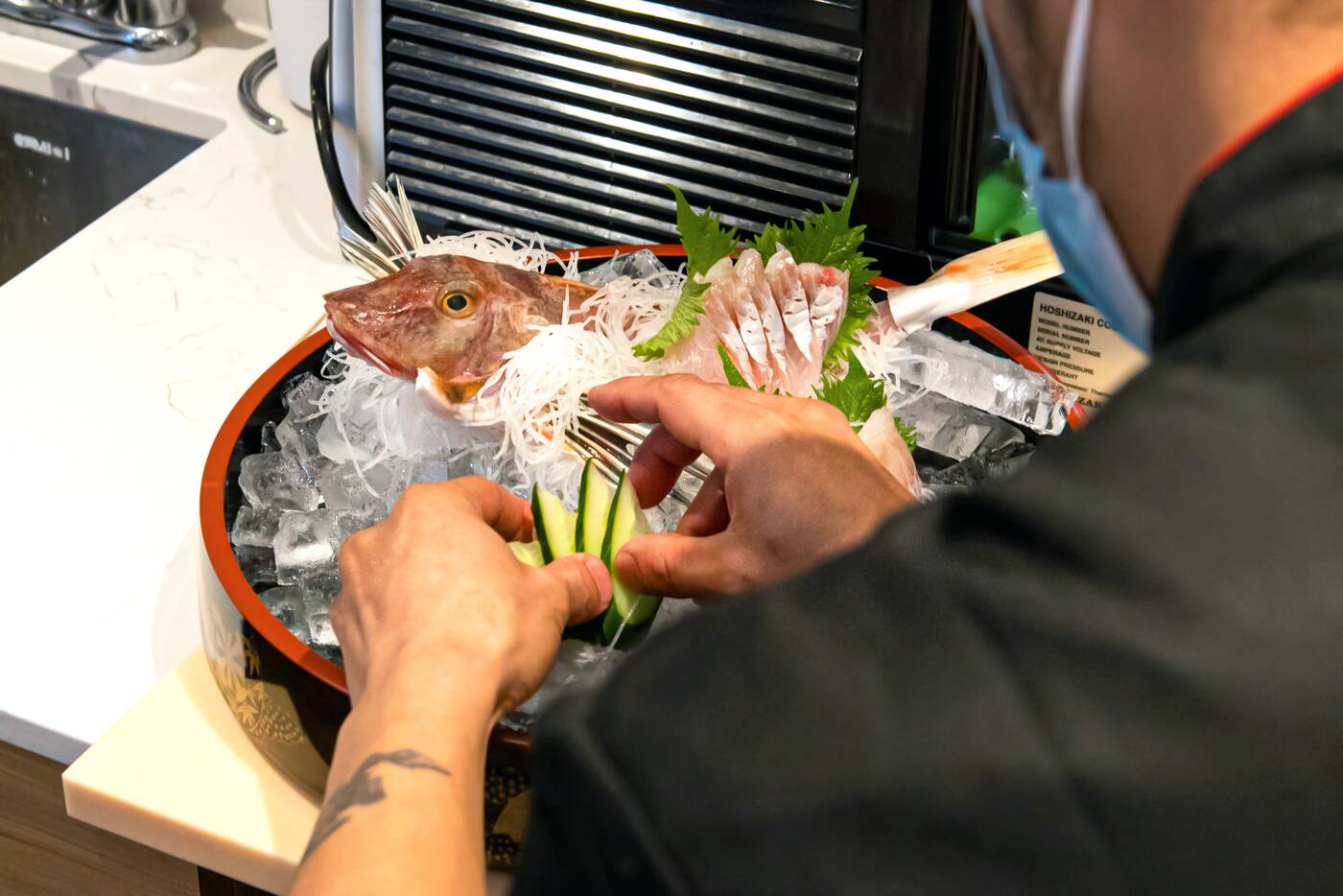 One, in particular, that's rather pricey because of its rarity is hobo or houbou from the Kanagawa prefecture in Japan. The white flesh fish, which is usually only in season during the winter months, has a firm texture and smooth flavour. 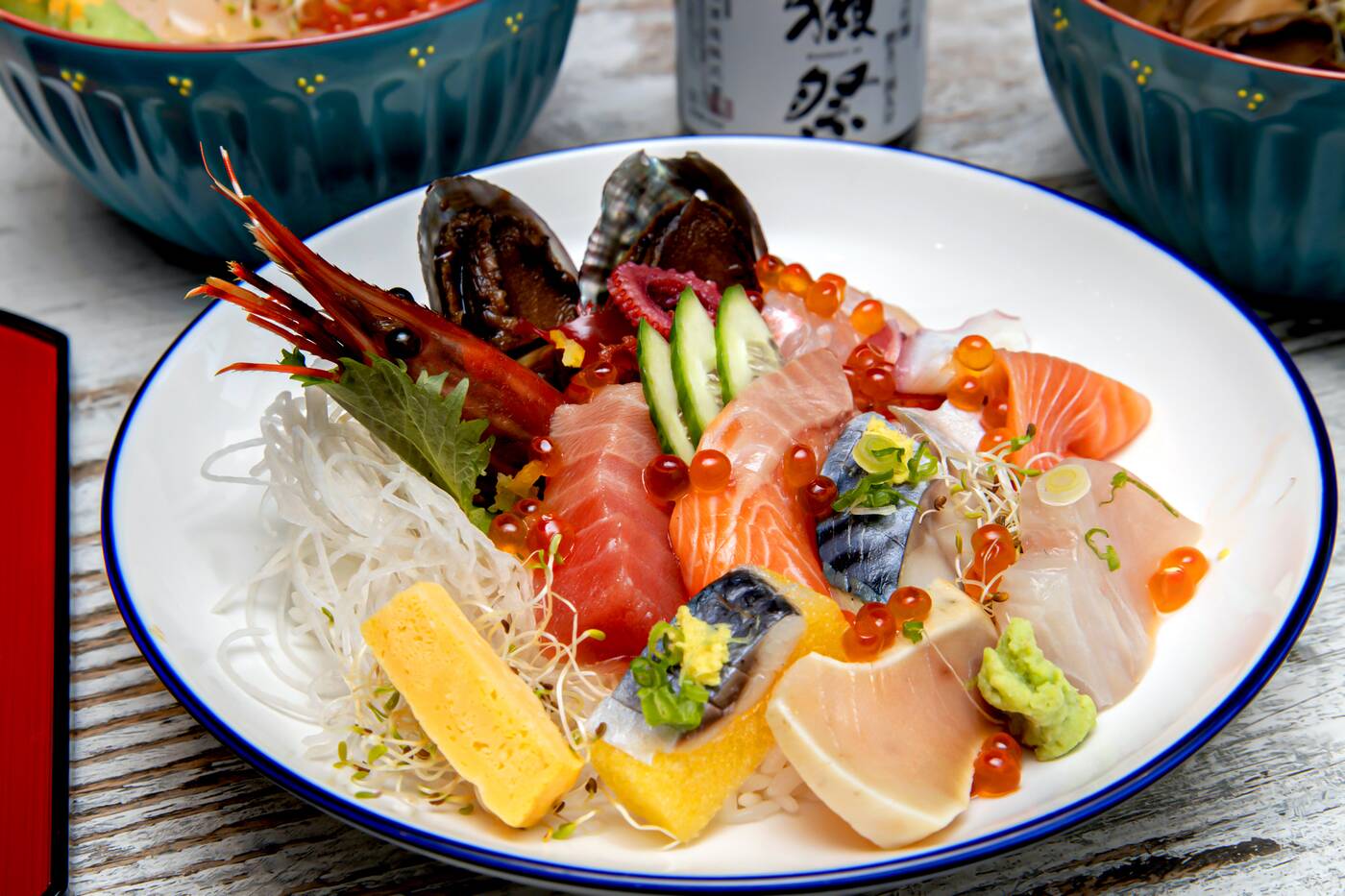 The sashimi and donburi on the menu are cut fresh per order with the fish don ($28) offering only the most premium parts of the fish, which changes depending on what's in season. 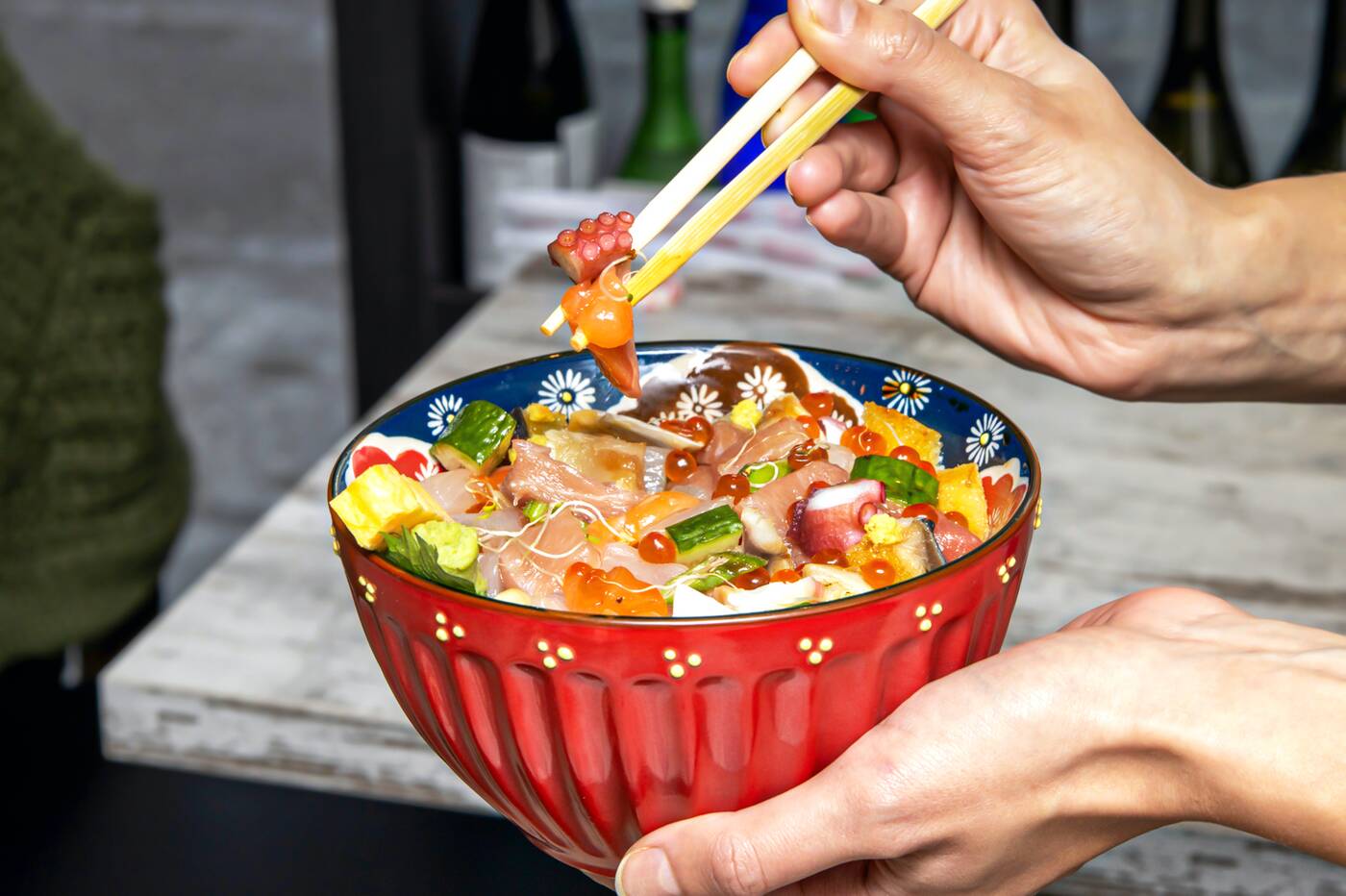 Bara don ($18) offers a still heaping, colourful bowl of seafood and sashimi, cucumber and tamago on rice for $10 less. 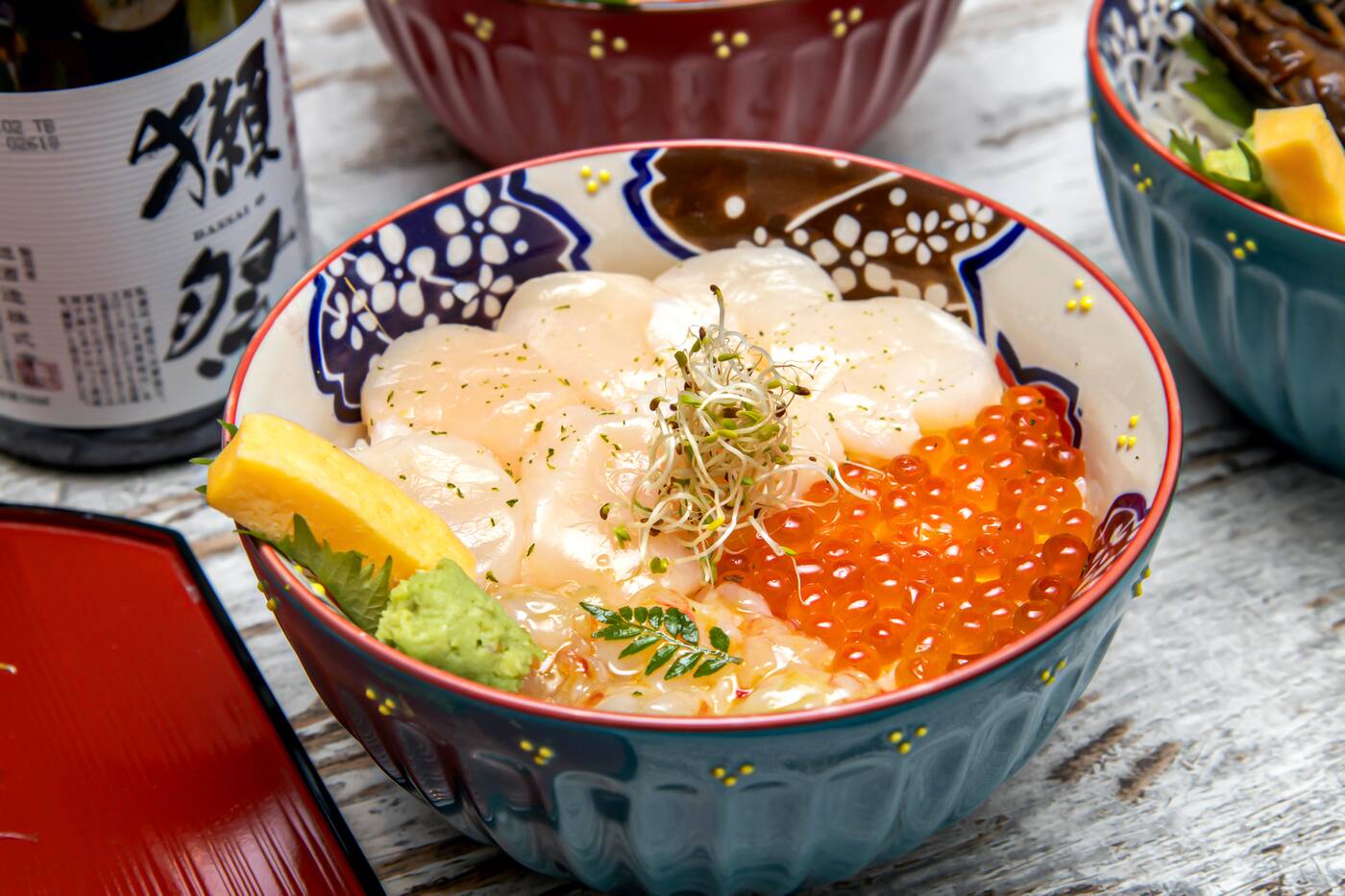 Botan-ebi, a richly sweet prawn found in waters all over Japan and similar in flavour to amaebi, as well as scallops from the culinary renowned region of Hokkaido region, make up Tokaido don ($28). 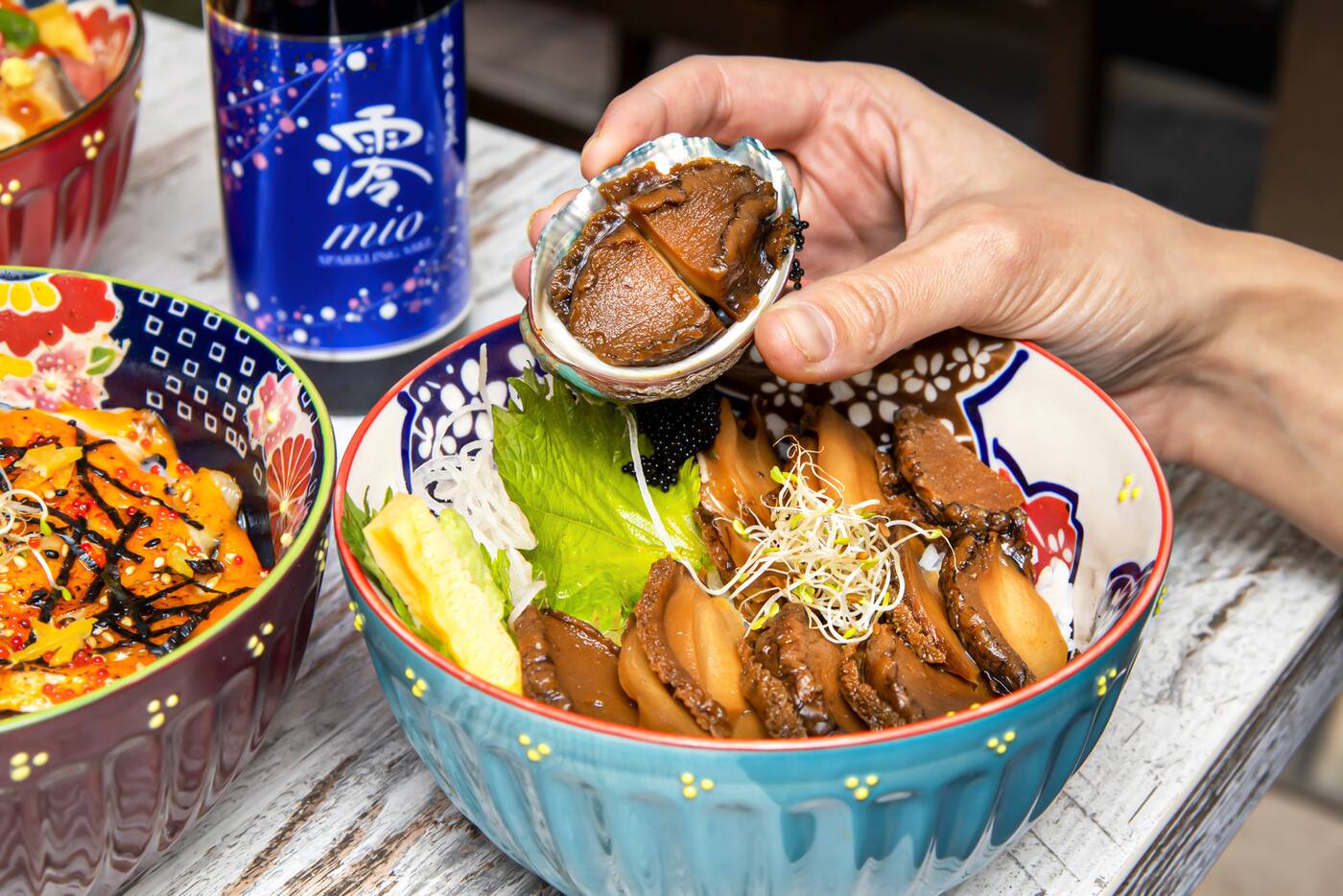 Abalone don ($28) is prepared by carefully taking the abalone out of their shells and tenderizing the meat before cooking for just a short time. The shellfish delicacy is both buttery and salty. 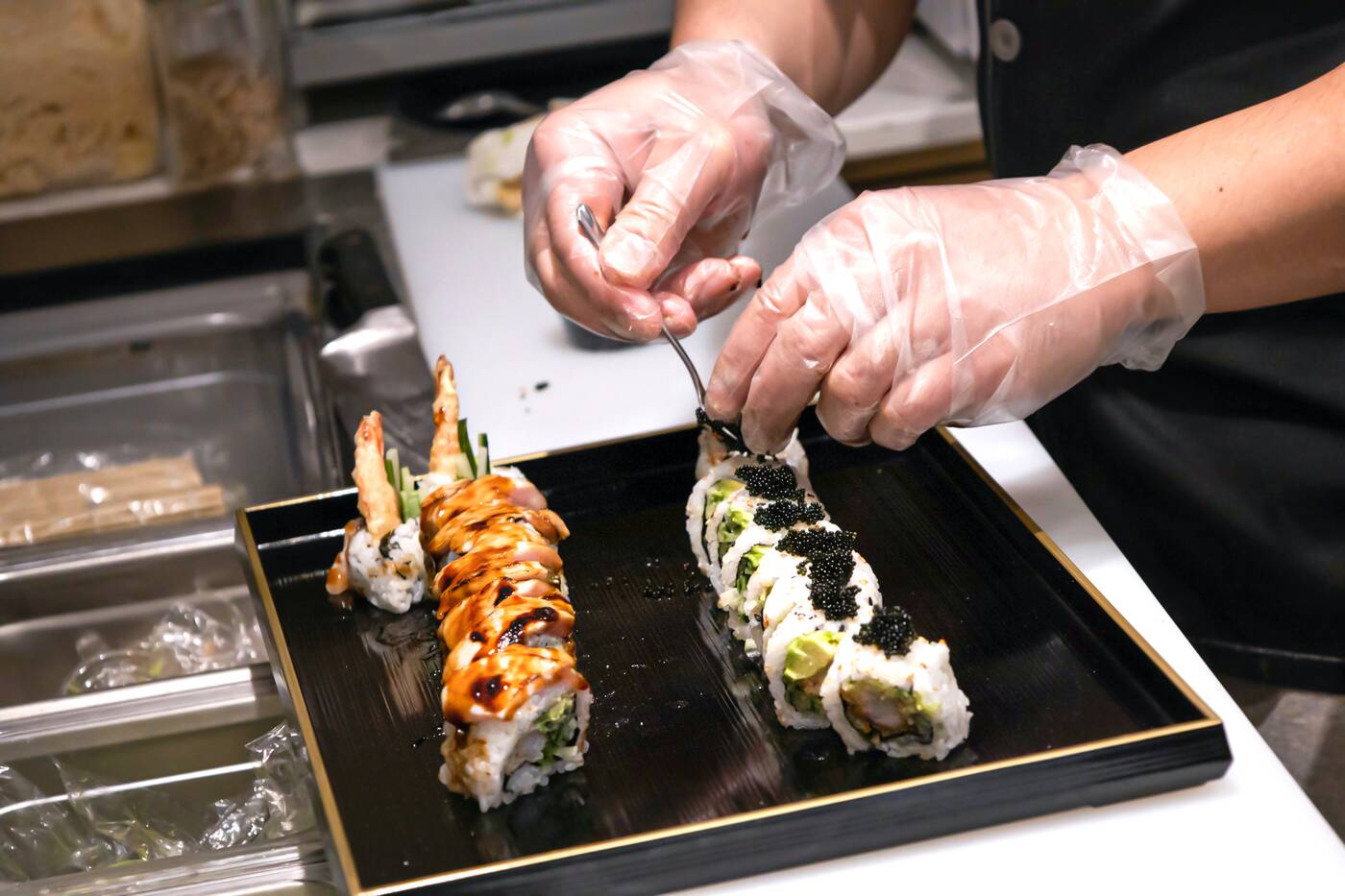 The selection of classic and special sushi rolls gives other big names in the area like Sushi Bong and VIPS Sushi a bit of competition, made at the open sushi bar just behind the fish-filled counter. 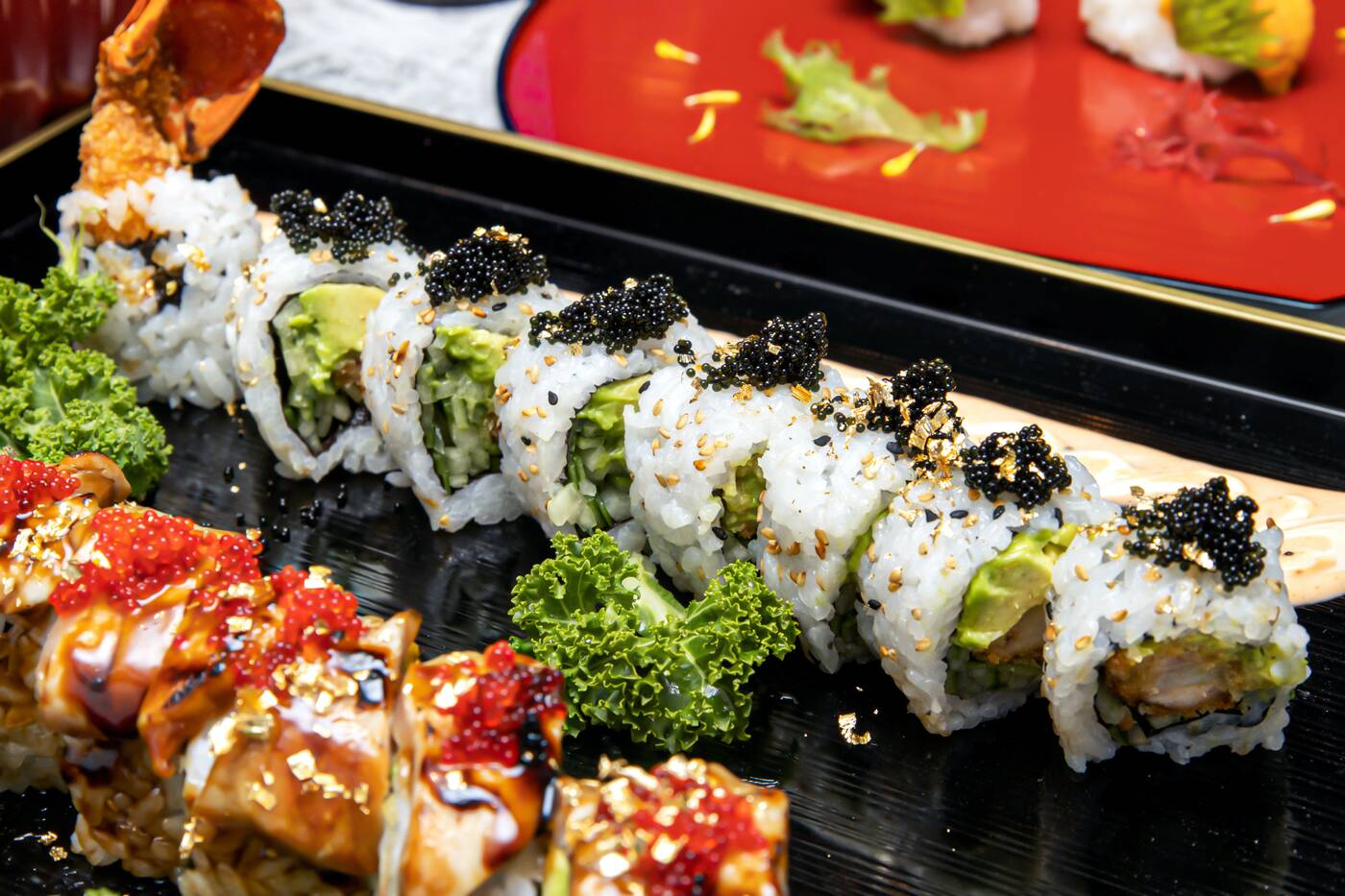 The lobster roll ($17.99 for 8 pieces) comes with deep-fried lobster, cucumber, avocado and mayo inside, topped with black tobiko. 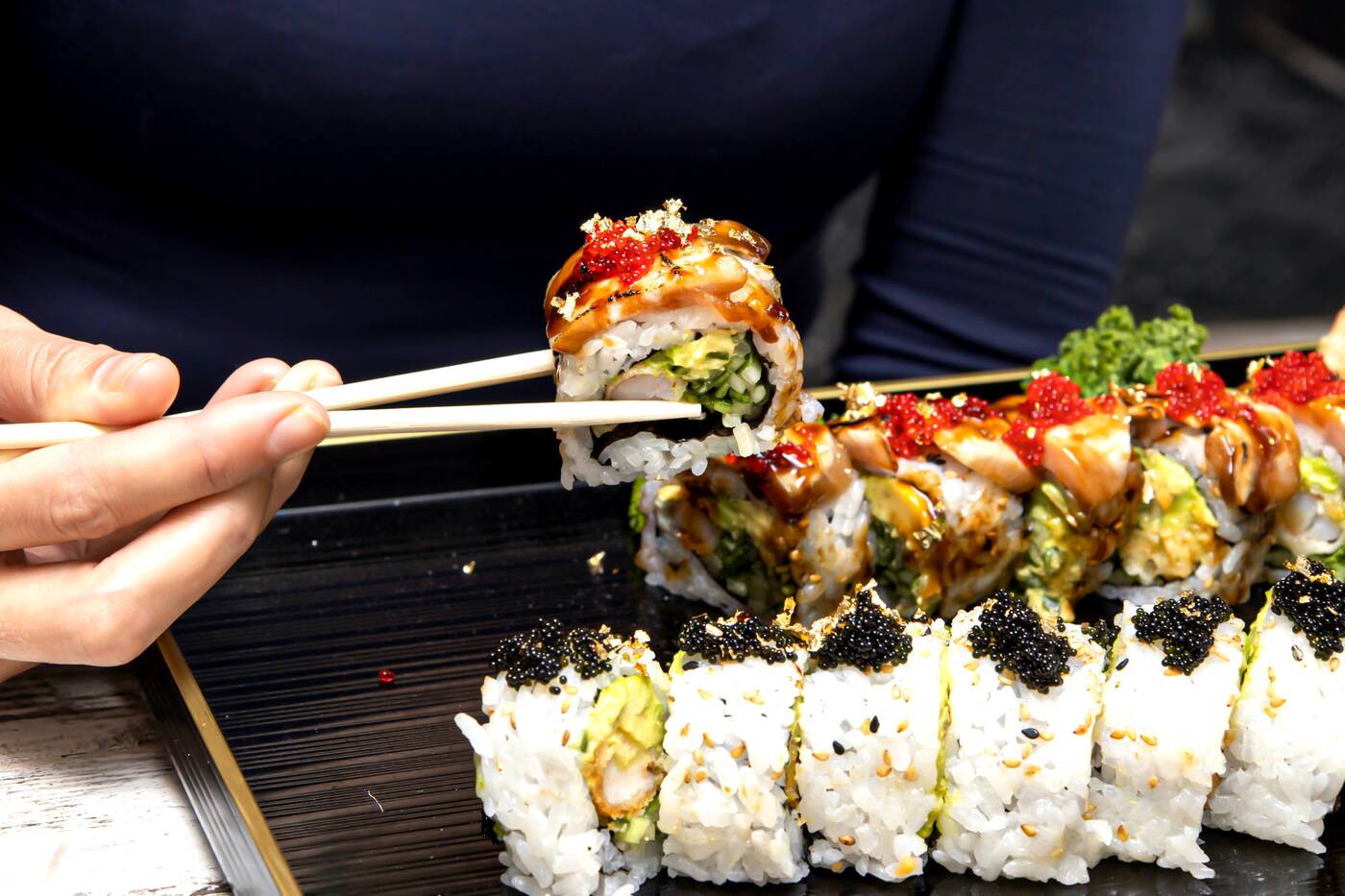 Chutoro rolls ($24.99 for 8 pieces) get torched medium fatty tuna on top along with tempura shrimp, avocado, cucumber and red tobiko. 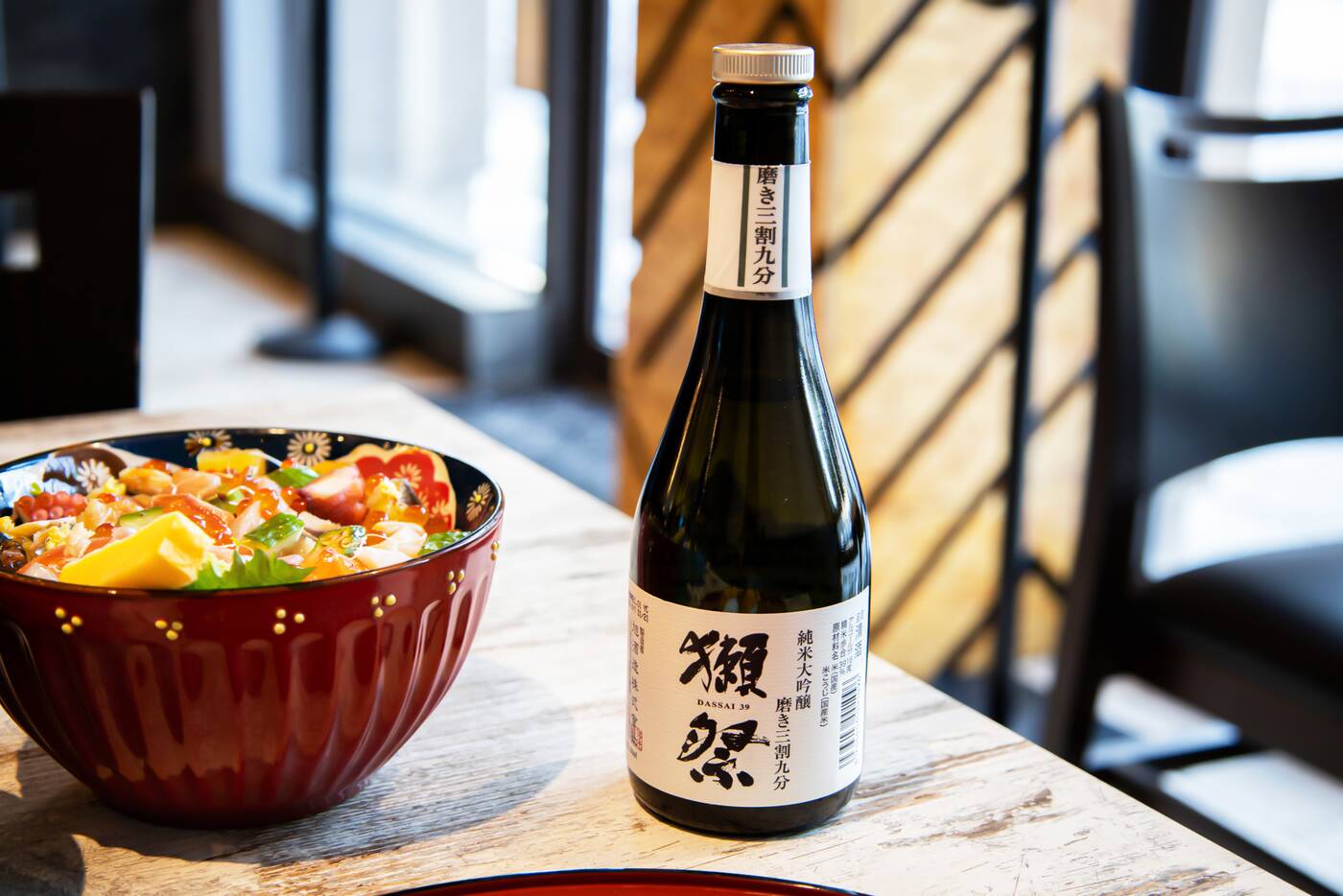 The drink list is made up of high-end sake options straight from Japan. 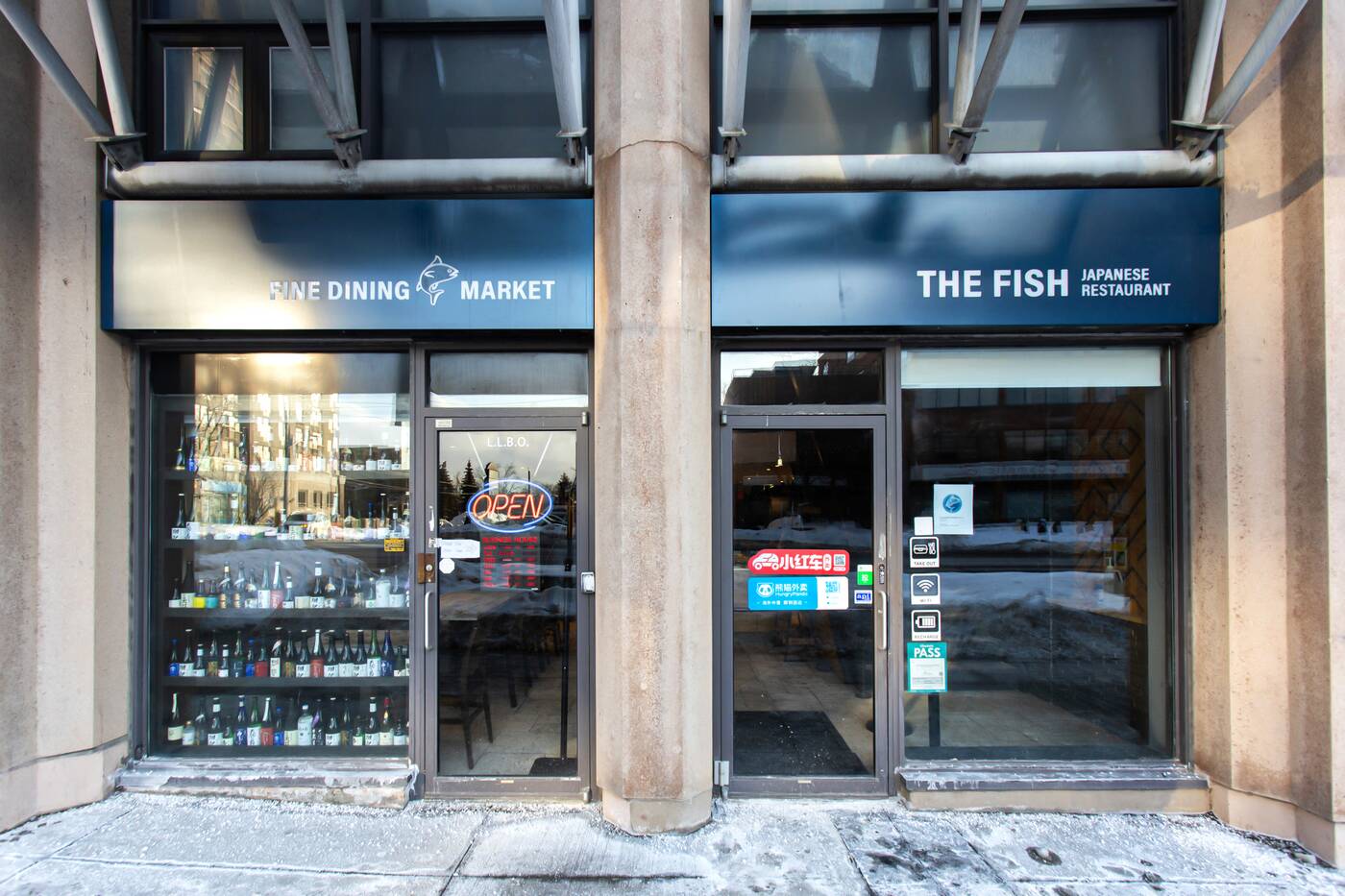