Fatburger is an American restaurant chain founded in 1947. Since then, it's made inroads in Canada's western provinces, but in Ontario, it remains a novel, single entity that exists only in a plaza at Bathurst and Centre in Thornhill.

Inflected with a retro '50s diner style, the burger shop features plenty of chrome finishes, vinyl upholstery and sparkling Formica countertops. The eatery occupies a deep narrow space, with the open kitchen and ordering counter positioned at its heart. 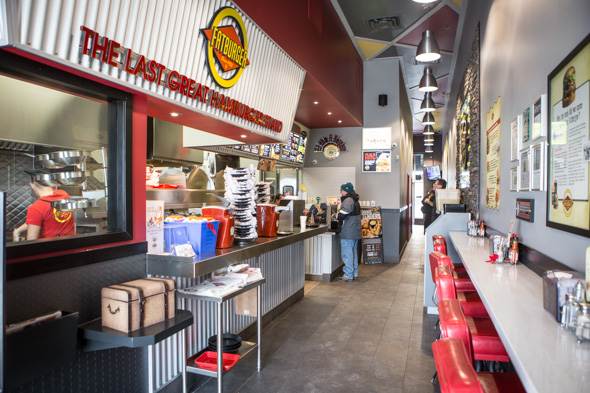 The specialty beef burgers share the menu with an dizzying array of sides: fries, yam fries, curly fries, onion rings, chips, nacho fries and poutine. Then there's non-beef alternatives like turkey burgers and fishwiches, as well as chicken fingers, entrĂŠe sized salads and buffalo wings. The staples make it on the backlit menu board, while a clutter of cardboard cutouts advertise the rest. 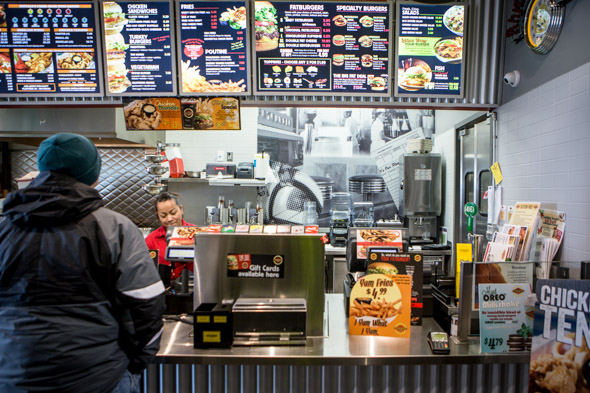 When it comes to the burger, there's a roster of specialty options like the Hawaiian cheeseburger ($8.99) with grilled pineapple, swiss and maple bacon, or the California burger ($8.99) with guac, bacon and pepperjack. I go with the original 6oz Fatburger ($6.99) which comes topped with the usual fixings. Of course, you can customize as desired (hold the relish, and please load me up on free extras like onion rings, jalapeĂąos and grilled onions). 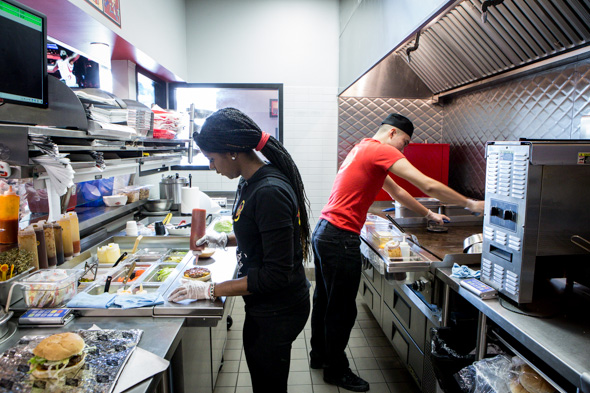 The bun is fresh and the toppings are applied generously - it's just that the most vital component, the thick meat patty touted as Angus beef, is dry and overcooked. Worst of all, it's lacking that seared, caramelized meat crust that I expect from a flat-top cooked burger. Onion rings on the side are redeeming; they're coated in a crispy cornmeal crust and presented as if each ring had been reassembled back into an entire onion. 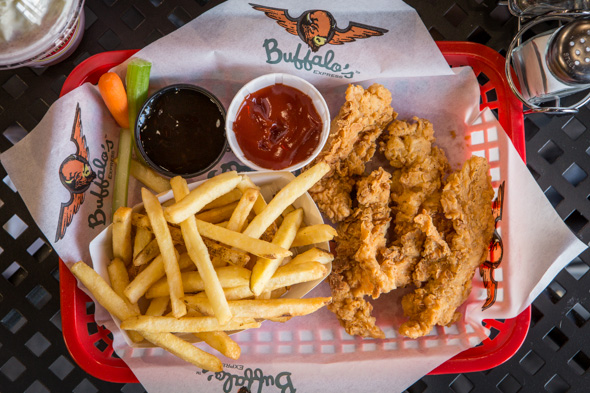 The chicken tenders fare better too - they're hand battered and fried until crisp. Along with fries, dip and a drink, the combo comes in at $12.99 which is high - hell, it even out-prices David Adjey's The Chickery , and that place is pretty top-notch. 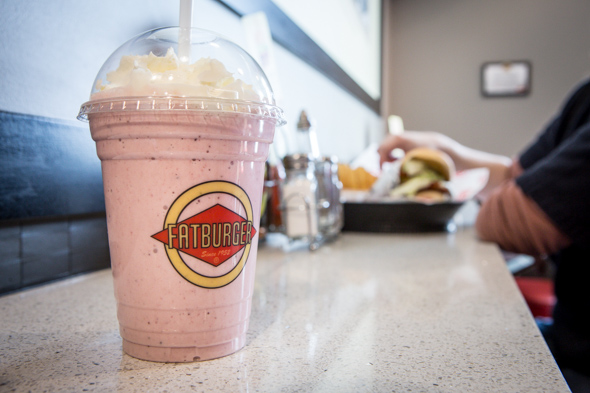 The milkshake is an unexpected winner. Blended from a scoop of vanilla ice cream with strawberries and milk, it makes for one thick, flavourful shake crowned with a swirl of whipped cream. I should note too, that this place is licensed. You can get Amsterdam on draught ($3.49/12oz.), or $4.49/16oz.) and boozy margaritas ($5.99) in strawberry or lime. 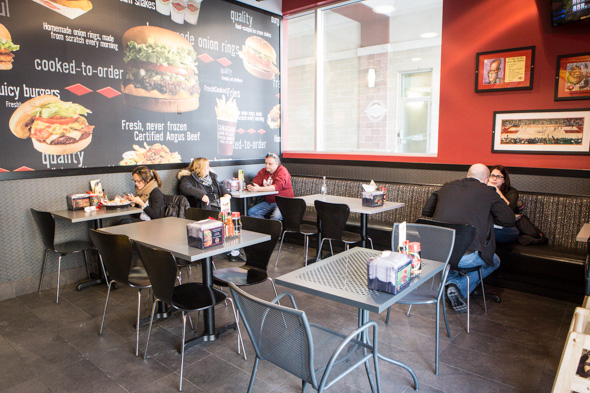 Having never been to a Fatburger before this visit, I tried to stick to the core menu items that originally garnered the California burger institution its following, but it feels like at this location, the focus is spread too thin. I'd give Fatburger another go, just maybe not in this city. 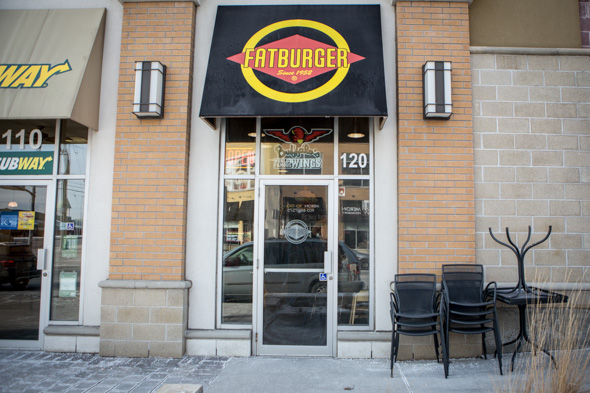