Empire Grill is an Indian restaurant and wine bar on Eglinton West run by emperor of Indian food Balwant Rathour. Formerly of Kamasutra , he lives in this area, and has been working in the industry for 23 years.

He designed all the dishes himself, and has banked on his knowledge of customers' tastes as well as his own personal blend of spices he creates himself. He grinds his own whole spices to create his own garam masala, and his attention to detail makes sometimes hum-drum Indian dishes sing. 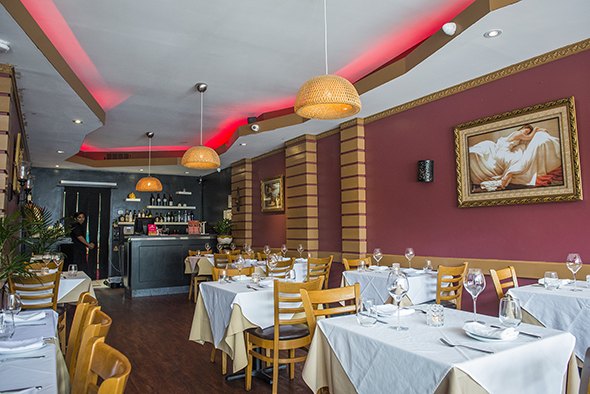 You won't be disappointed in a night out here. The interior is lush and luxurious with a bar at the back, each place set to picture perfection with candles, wine glasses, and cloth napkins and table coverings. The restaurant is completely accessible. 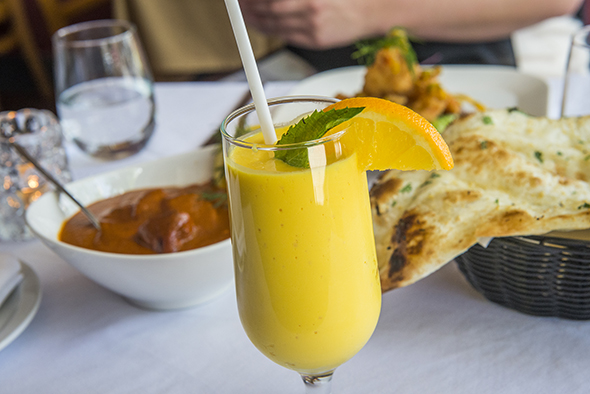 We grab a refreshing mango lassi ($3.79) to cleanse our palates and put down a base for the flavourful dishes ahead. It's made with mango, yogurt and rosewater and it's garnished with fresh mint. 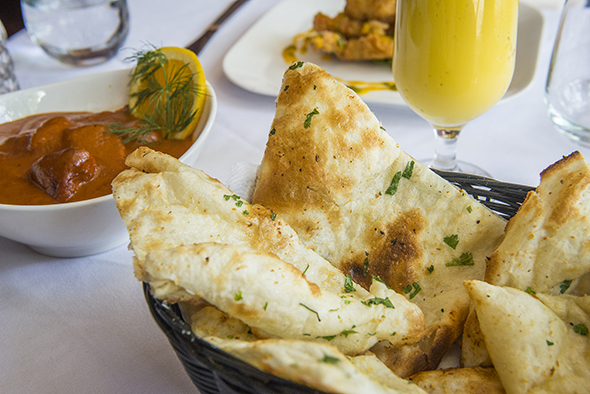 Fresh naan bread is also brought to the table, puffy and waiting to be ripped and dipped into a pool of butter chicken sauce. 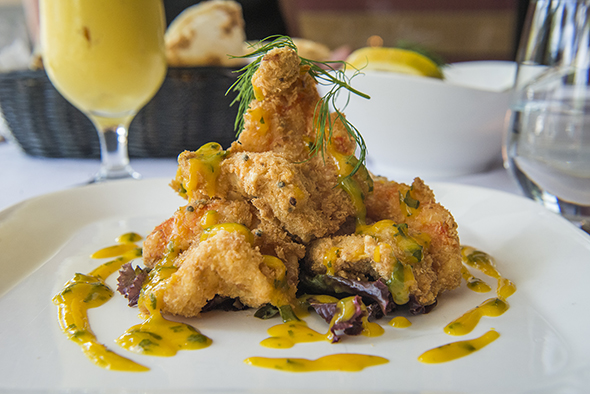 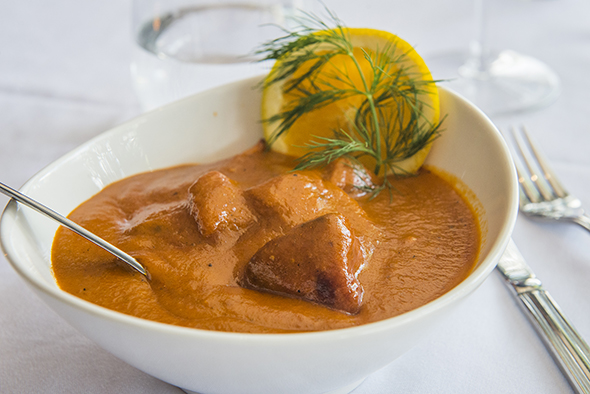 He wanted to create a menu where all of India's various dishes could shine, though some of them are more popular in certain areas than others. The butter chicken ($14.79) comes in a bowl to showcase the rich tomato sauce, which chunks of yogurt-marinated chicken swim in divinely. This is a dish Rathour perfected over his years at Kama Sutra. 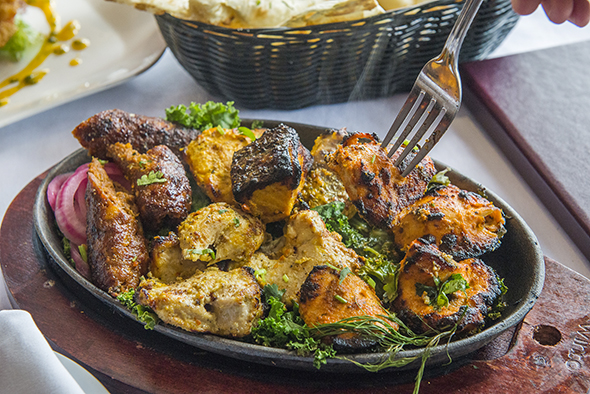 Last but certainly not least is the impressive Empire Grill Platter ($22.79) which showcases a little of everything chef Rathour can do with his grilling talent. It comes with lamb kebab, grilled salmon, sausage and tandoori chicken. The plate arrives at the table sizzling with mint sauce on the side for dipping. 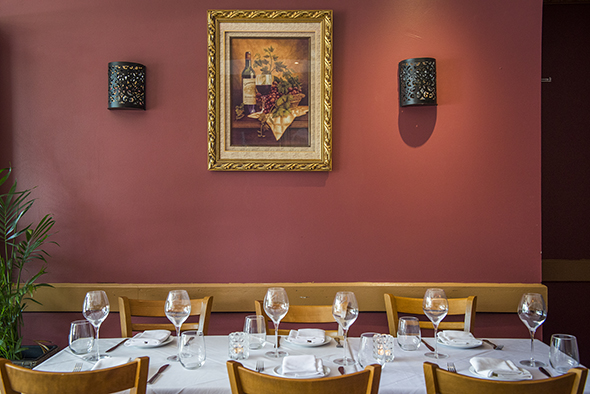 Empire Grill offers delivery to those in the nearby Eglinton west area. If you want to venture outside the house, however, a fine glass of red, a comfy seat, and the sizzle of Balwant Rathour's grill await you here. 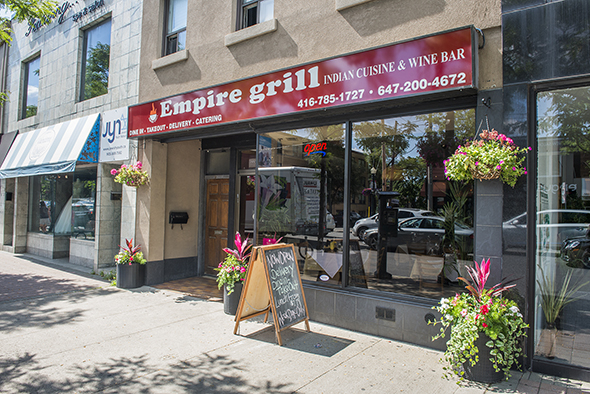