Maurya has been turning out delicious East Indian roti since 2012 and can be found in the same small strip mall as Nimman Thai in Mimico.

Named after an ancient Indian dynasty of kings , it makes sense that this place is related to the original ruler of this style of roti in Toronto, Gandhi . Co-owner Urmila Vayalpati, who also owns Mother India , is the sister of Gandhi's Avtar Singh (they're also behind New York Subway ). 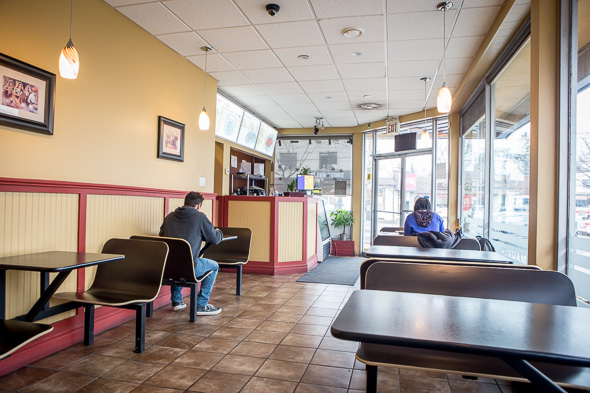 Like these other mostly take-out focussed spots, decor is minimal here, but not in the hip, Scandinavian minimalist sense - more like a basic tables-and-seats set-up with a few framed pieces of Indian artwork on the walls to remind you of the cuisine you'll be eating. The emphasis is certainly on substance (and tastiness) over style at Maurya. 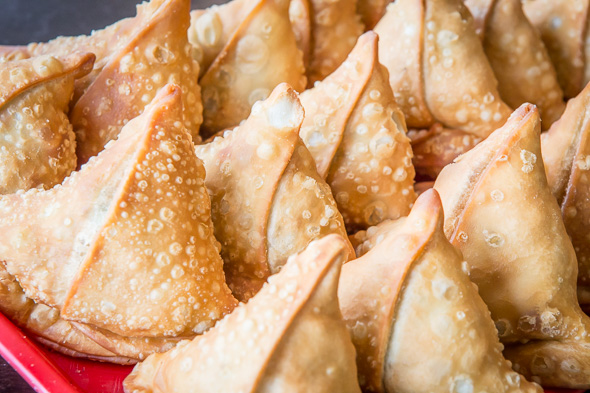 I'm told the kitchen uses the same recipes as Gandhi, and everything is made from scratch, including the lovely golden samosas ($1.50). The menu has plenty of veggie and even vegan items, and by customer request, the option of ordering each dish on its own, without roti or rice, has been added. 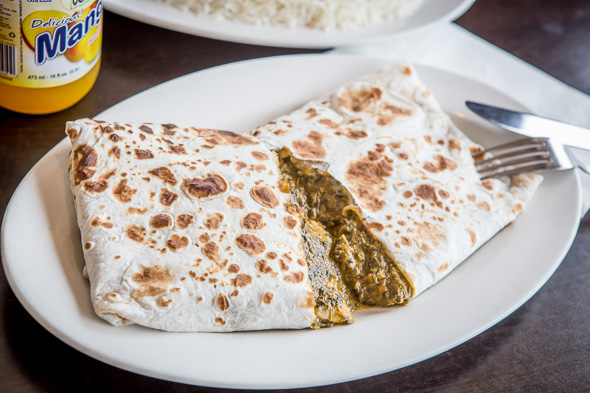 We get the saag paneer curry as roti ($9.95), and it's immediately easy to taste why it's one of the most popular items here. Potatoes, homemade paneer and pureed spinach in a creamy sauce with strong garlic flavour are wrapped in a humongous, fresh roti shell. If you don't have a huge appetite, this portion is definitely enough for two meals (or two people). 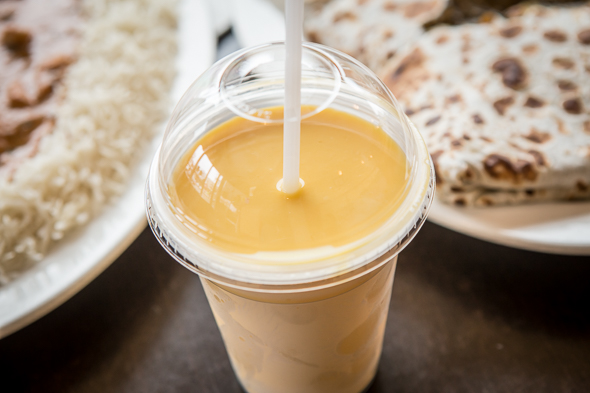 My dining companion and I ask for a "medium" spice level (everything can be made "mild," "medium" or "hot," except vindaloos, which start at "medium") that works perfectly for us, as we like things spicy, but not insanely spicy. A thick and sweet mango lassi ($3.95) helps offset some of the spice. 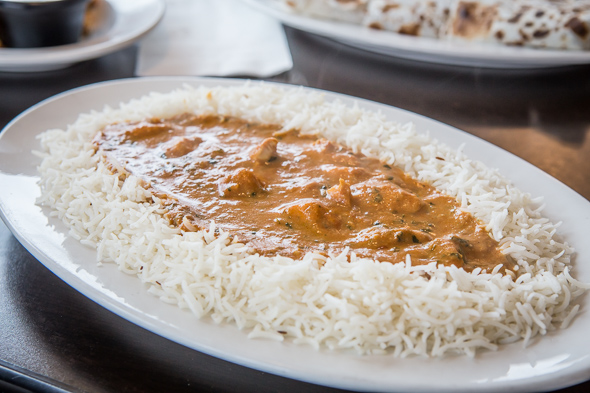 Another popular order is the butter chicken with rice ($12.95). The butter chicken - boneless chicken breast cooked with Mother India's special makhani sauce - sits in a pool surrounded by basmati rice. It's a little less thick and creamy than I expect it to be, but still satisfying. 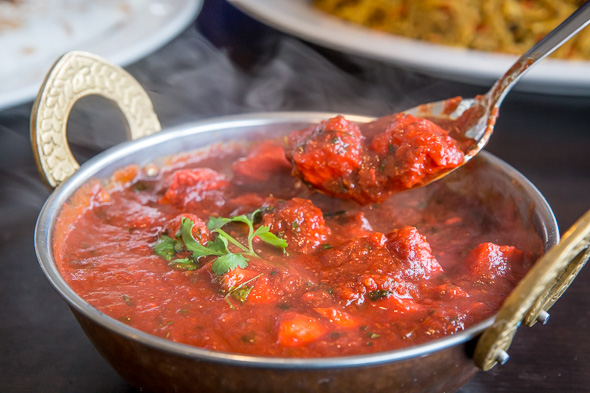 Chicken tikka masala as a standalone dish ($9.95) arrives a vibrant red, with pieces of chicken breast cooked with potatoes, tomatoes and onions served in a sauce containing a blend of tandoori spices. 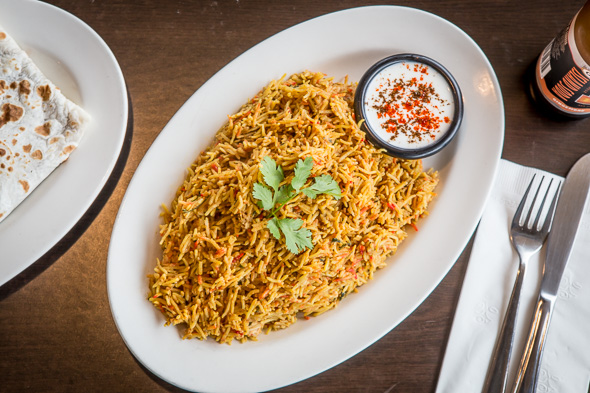 Since we already know we're going to be packing up leftovers, we throw in a chicken biriyani ($9.95) to accompany the tikka masala. Served with a side of spiced yogurt, the basmati pulao rice with marinated pieces of boneless chicken breast isn't the least bit greasy, which I find pretty impressive, as that isn't always the case with biryani. 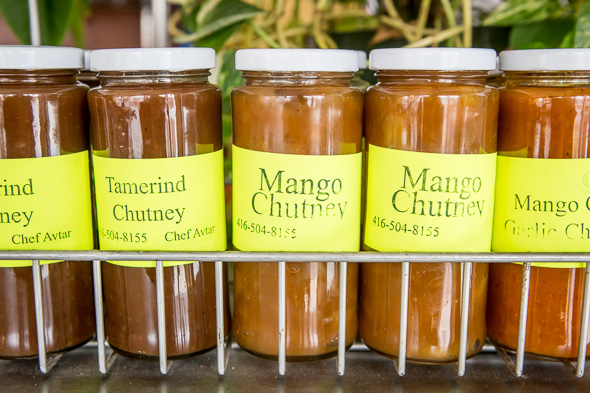 As we dine, we're told a lot of imitators have appeared over the years, including Roti Cuisine of India and Butter Chicken Roti , whose owners were former Gandhi and Mother India employees.

Mimico's lucky to have a descendant of the original. 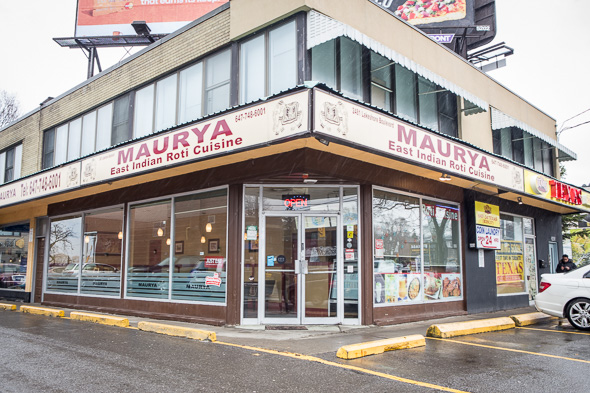