Dr. Laffa is a fully Kosher restaurant known for their Laffa bread, and other Israeli and Middle Eastern food favourites.

Laffa is a thin type of flatbread, resembling a pita, which is baked fresh to order at the restaurant. 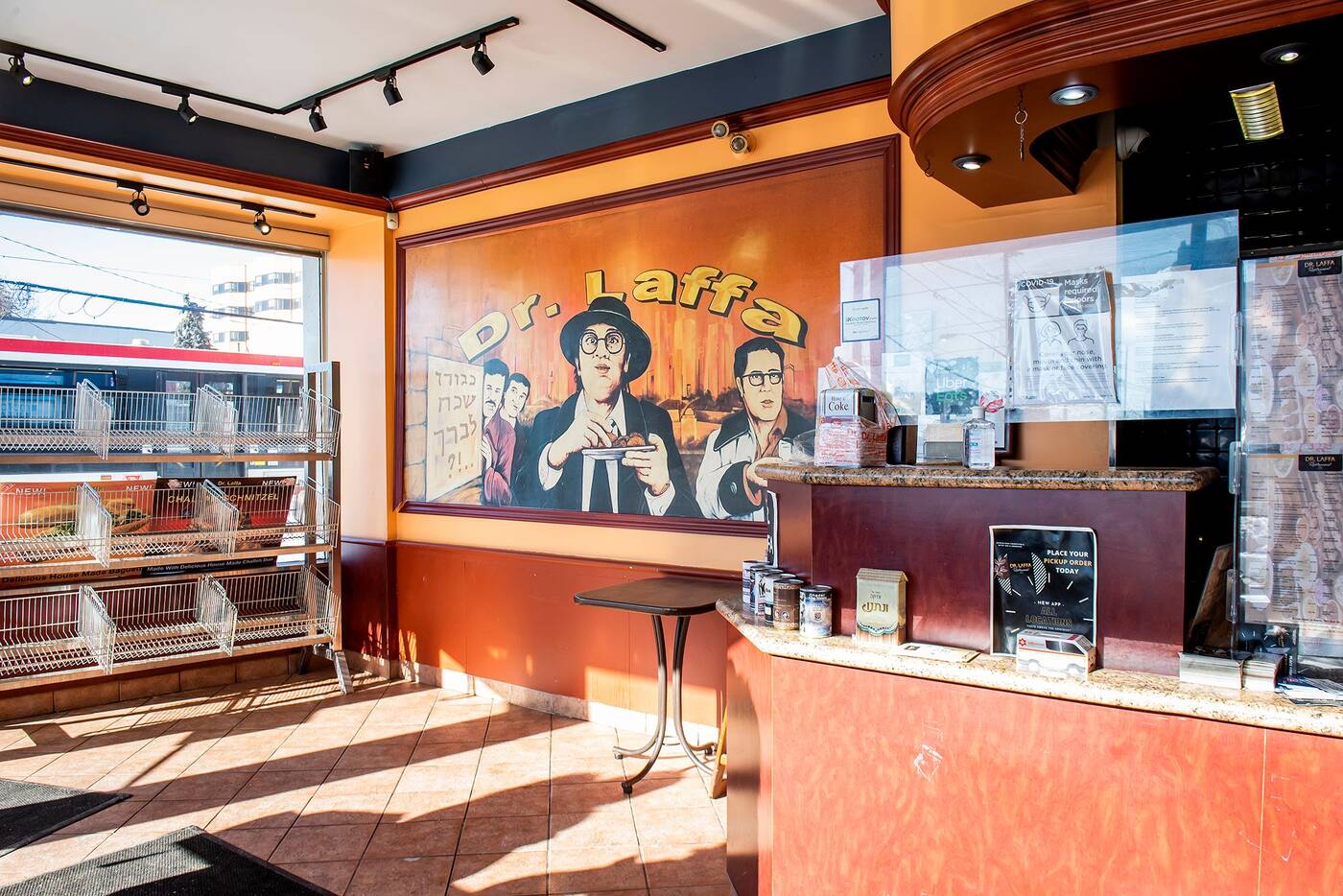 The brand which started in 2008, now has four other locations around the GTA. It was created by owner Yoram Gabay whose family owns a bread bakery in Israel. 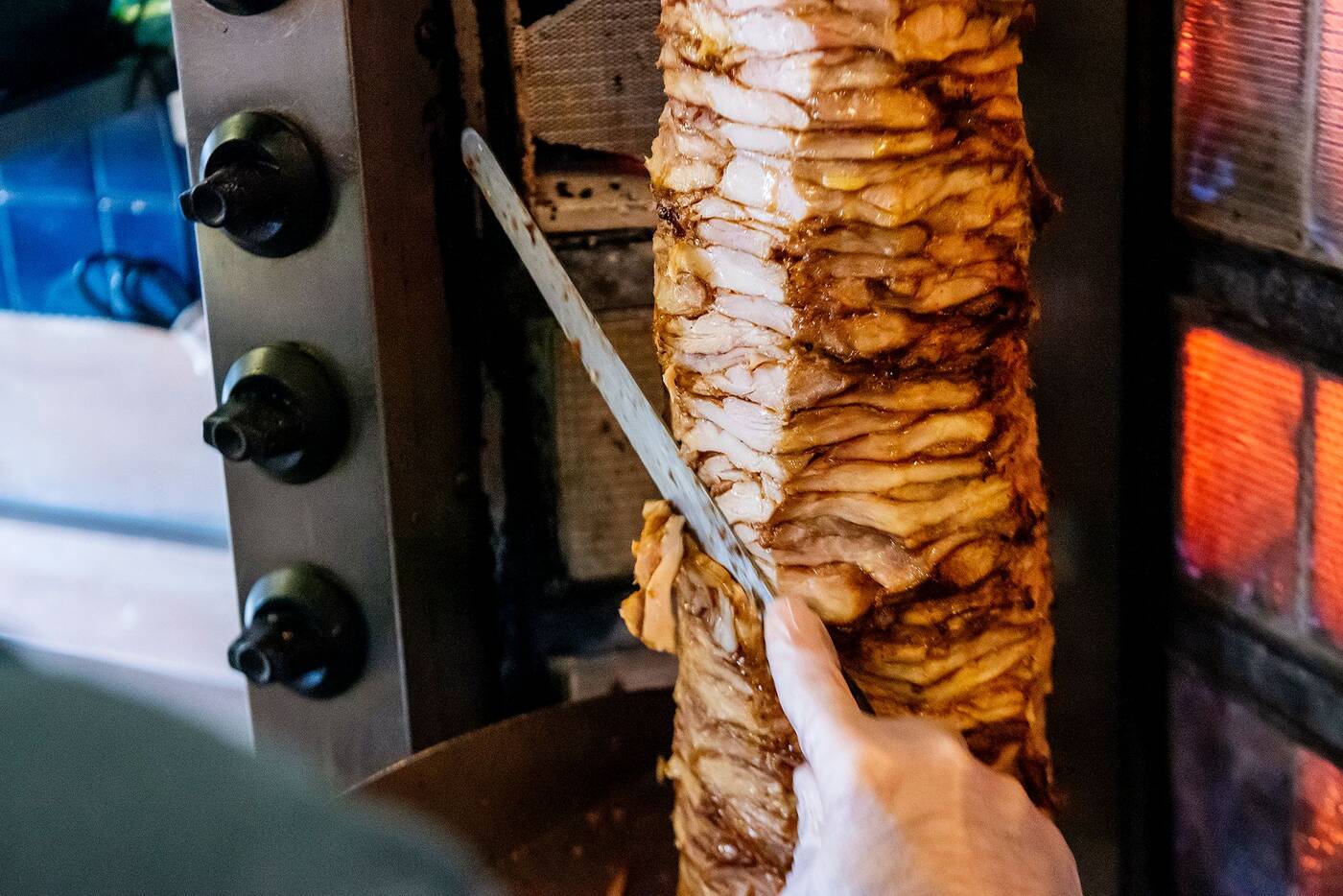 For him, baking Laffa is a long time family tradition and he wanted to bring this into Canada for others to learn about and enjoy.

Dr. Laffa's Bathurst location sits between Lawrence Manor and Ledbury Park. These two neighbourhoods are considered to be predominantly Jewish, including Orthodox, so the Kosher aspect of this spot is valuable to those living near it. 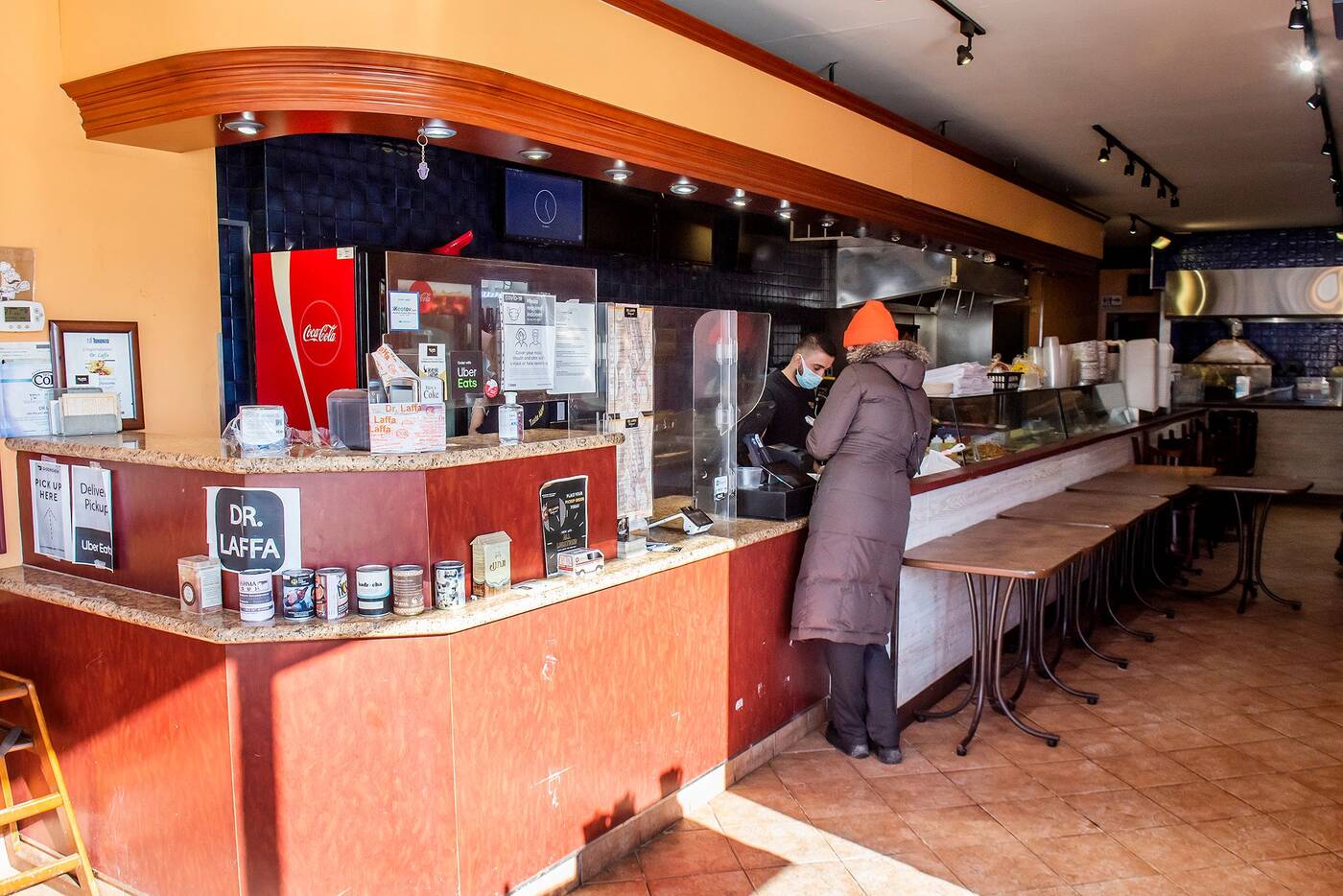 A large circulating oven sits in the back of the restaurant, past the takeout counter where all the Laffa is prepared and baked. 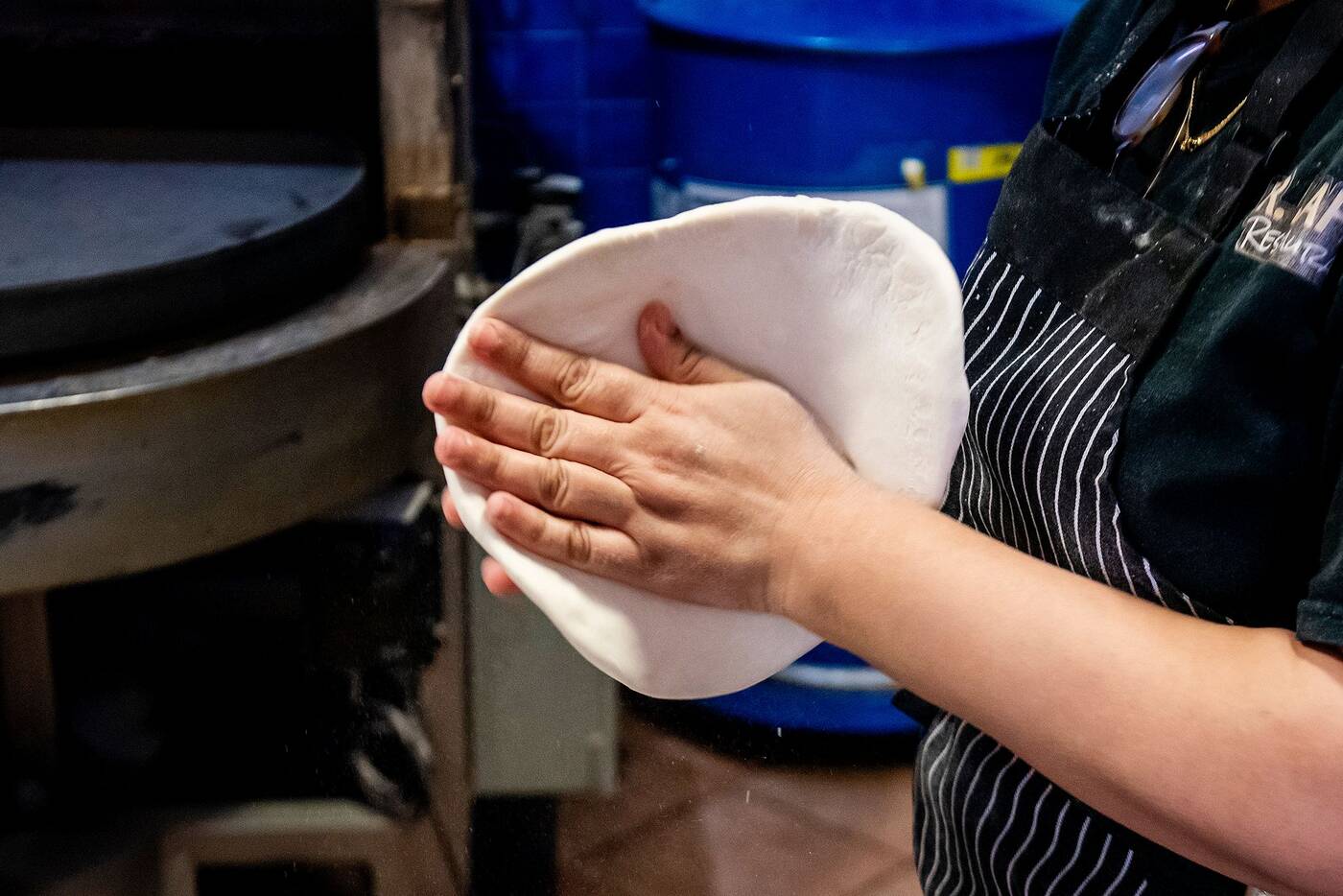 The process goes like this: A dough ball the size of your fist is stretched out by hand into what looks like a small pancake. 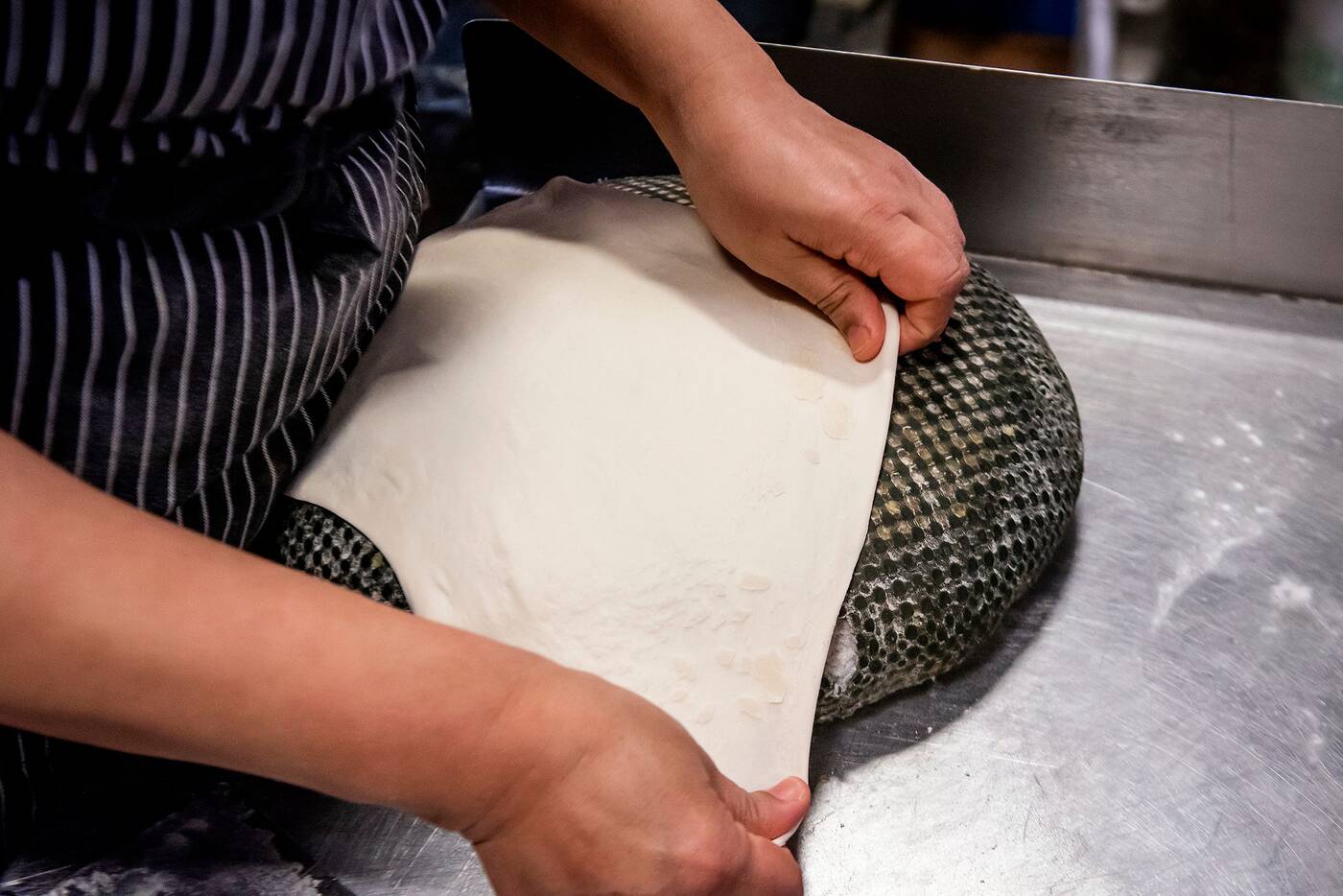 That dough is then stretched out over a pillow shaped like a half-cylinder, this happens in order to get it thin enough before its placed onto the rotating oven. 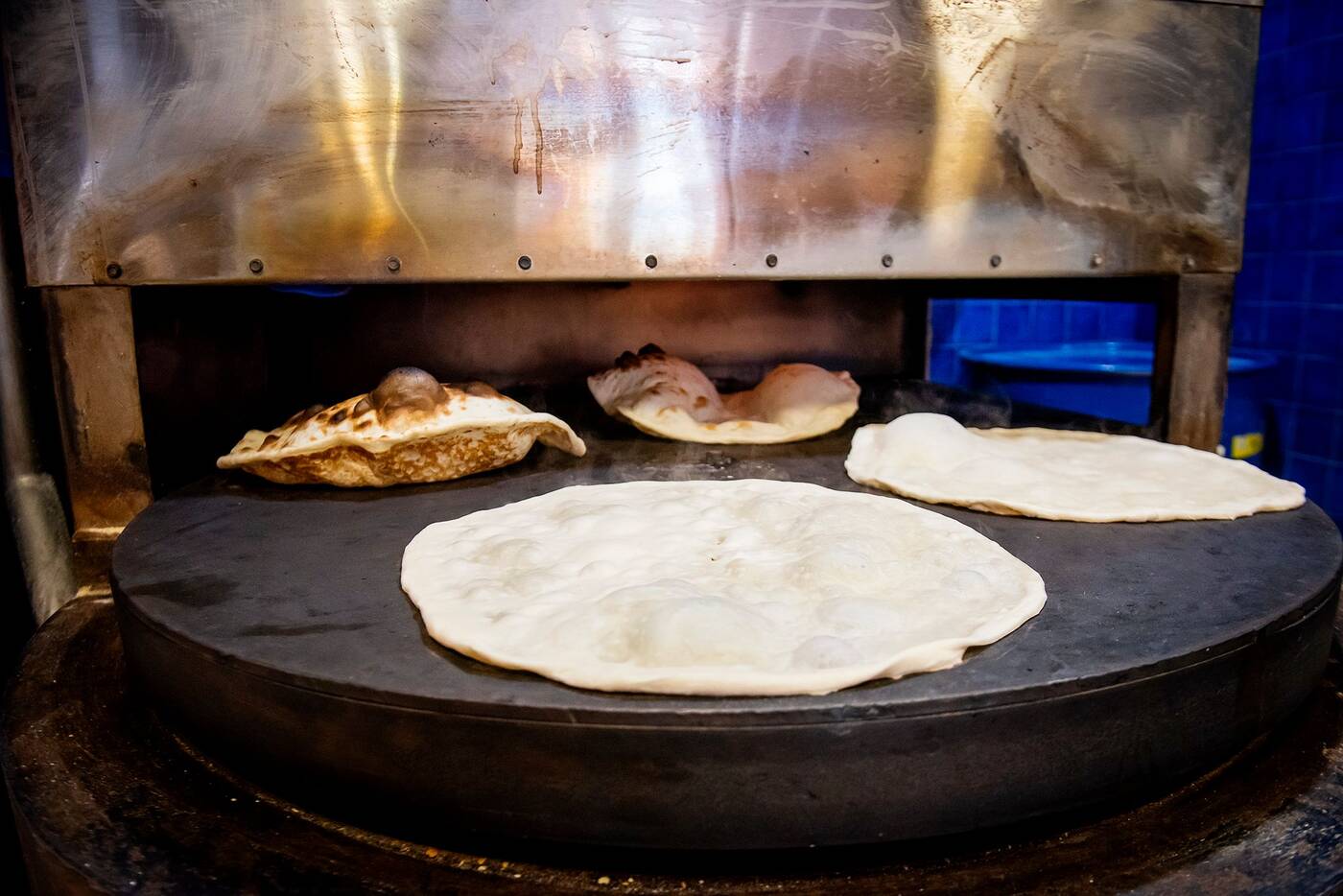 The dough is slapped firmly onto the grill where it crisps and bubbles into the final form of delicious, chewy Laffa bread. 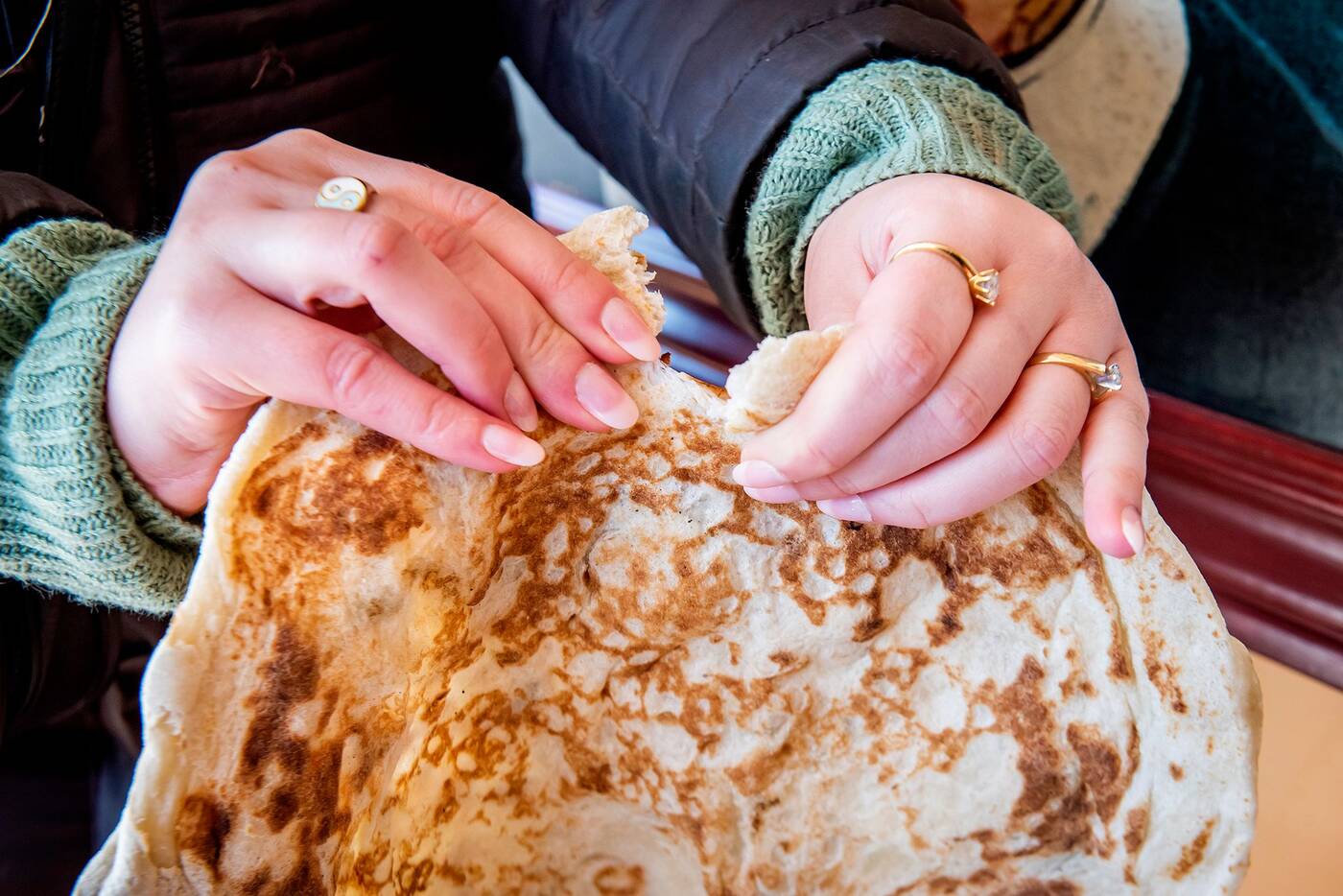 I recommend ordering the bread as a side to the Dr. Laffa Hummus Plate ($15.99). Thick, creamy, housemade hummus is filled to the brim, with a heavy serving of a beef and lamb mix that pairs really well with a bite of the laffa. 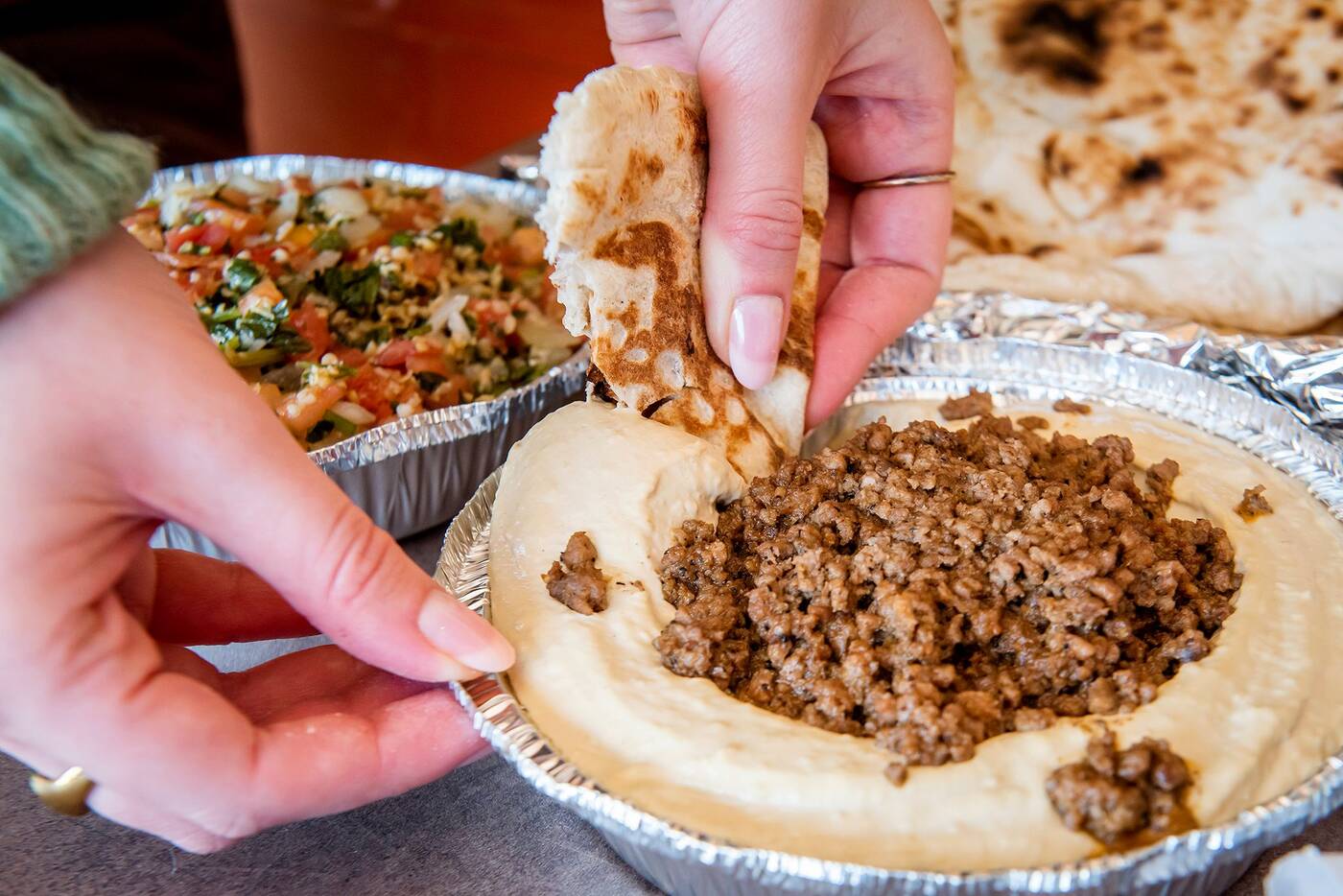 The Chicken Shawarma is a popular order at Dr. Laffa, you can get it on a regular pita for $11.99 or upgrade it to Laffa bread for $14.99. The base of it gets smothered in hummus in preparation for the toppings that follow. 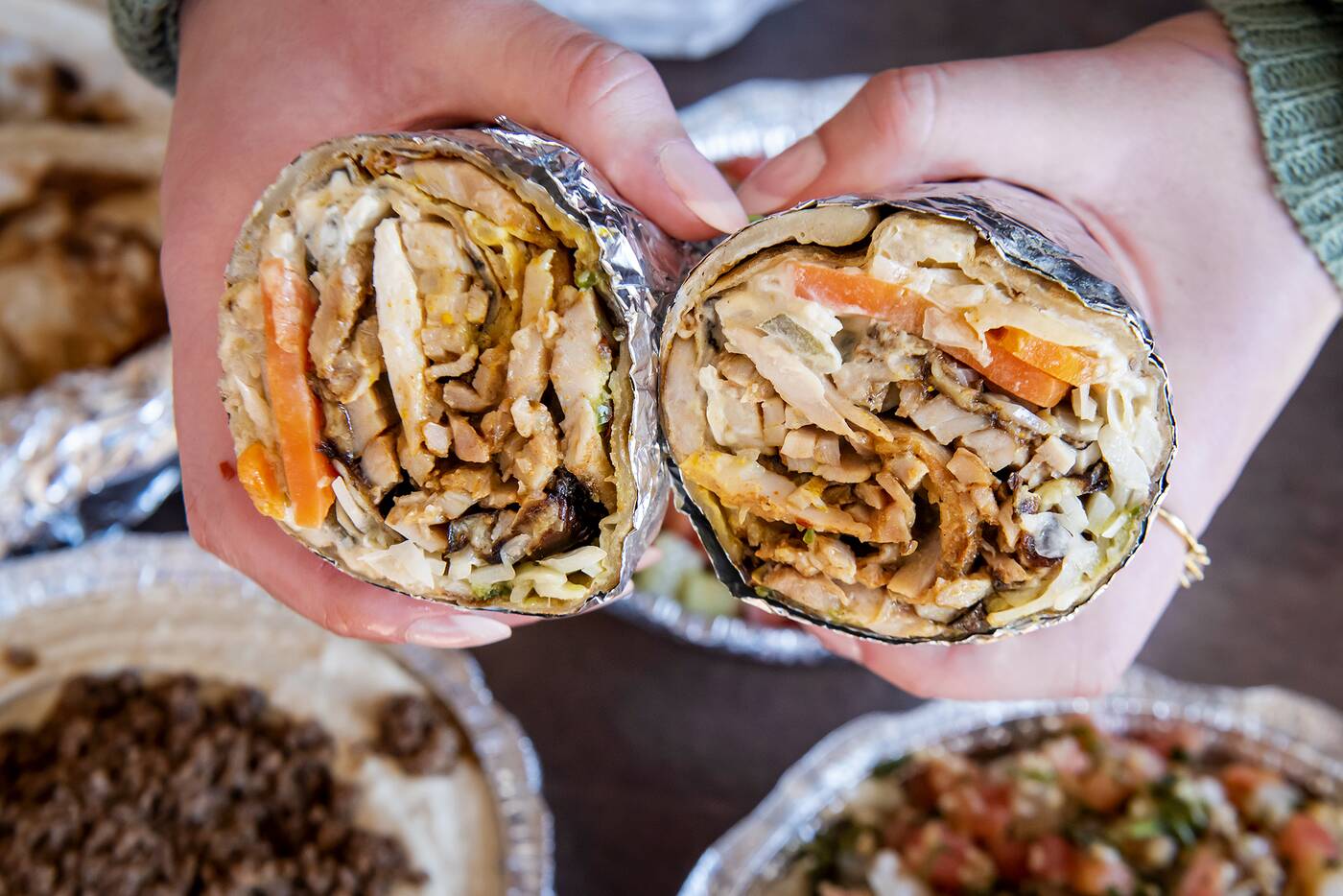 This sandwich is stuffed with carrots, lettuce, onion, turnips, tomatoes, and slices of eggplant, but you can customize what you want on it. A drizzle of their sweet mango sauce is a nice finish to this dish, but they also offer tahini and/or garlic sauces if you're into those instead. 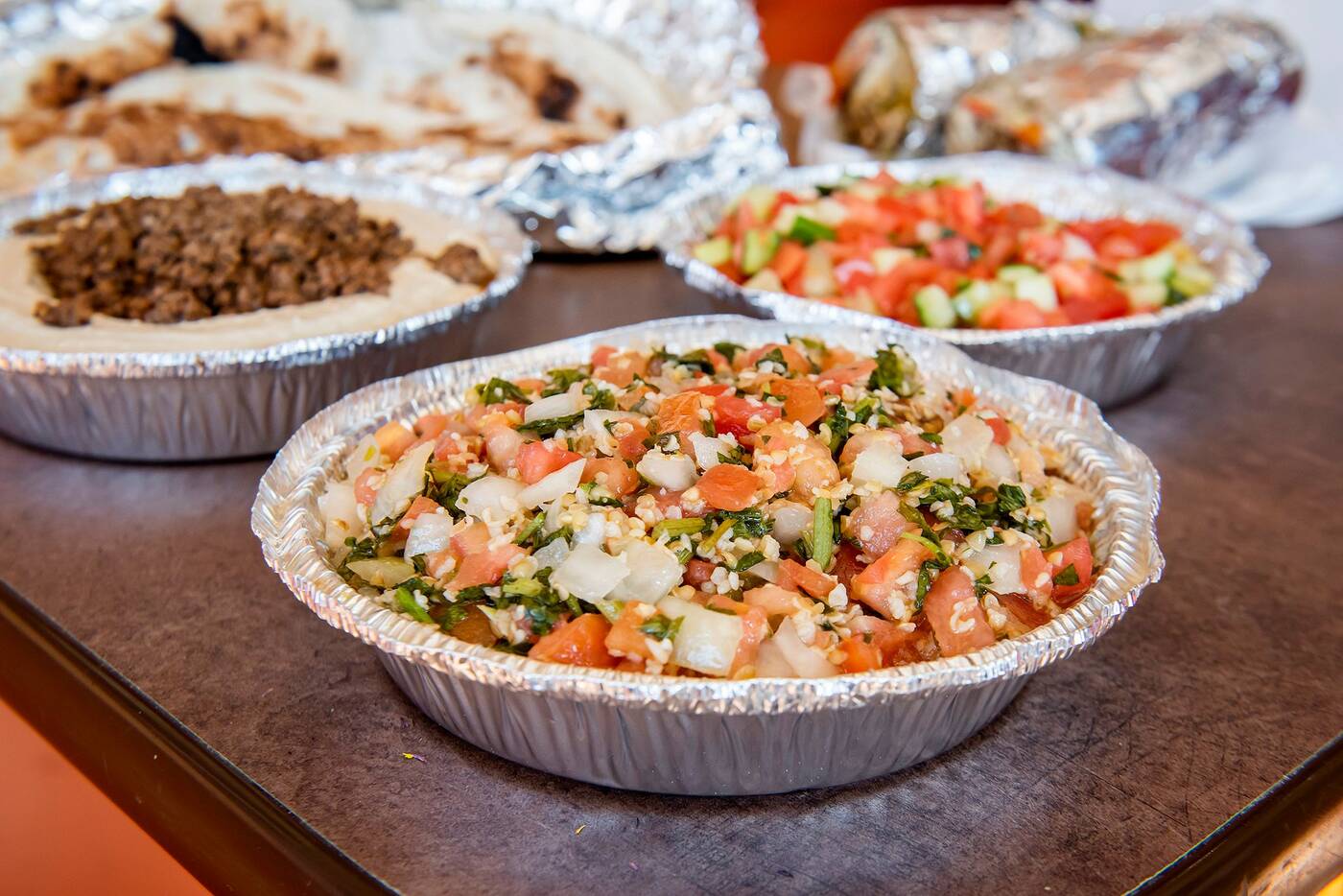 A fresh and easy side that will last a few days in the fridge would be the Tabouli Salad ($10.99). Finely diced tomatoes, red onion, parsely, and couscous are combined to make a light, crunchy taste. The salad gets topped with a olive oil and lemon dressing.

Dr. Laffa is located among a strip of other notable bread businesses including Gryfe's Bagels and Grodzinski Bakery, near Bathurst and Highway 401. 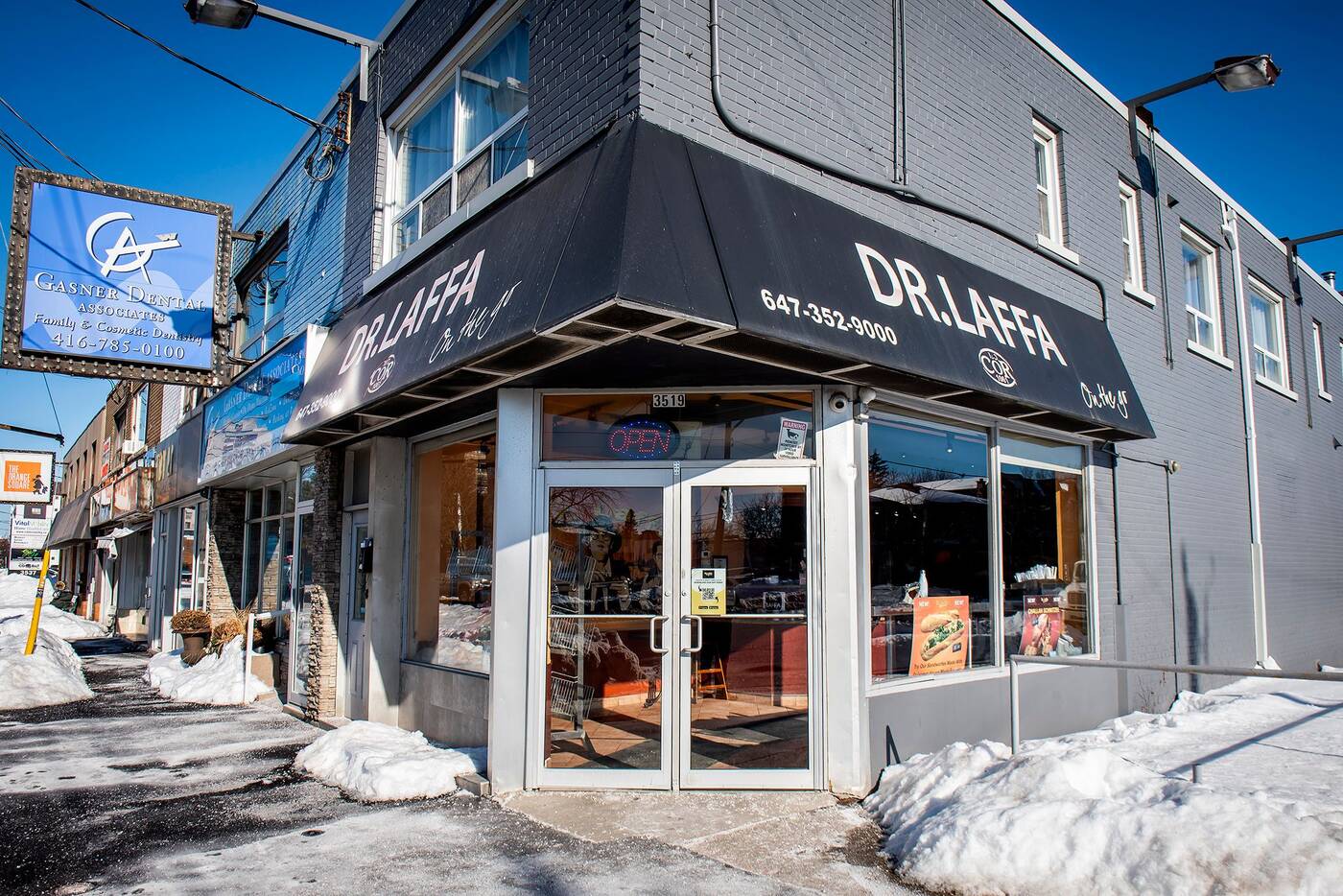 The Best Kosher Restaurants in Toronto