Danforth Pizza House has been an institution on the Danforth near Donlands for 50 years. When longtime owner Angelo passed, family friends took over the business. Elizabeth Manikas and sons Vasili and Dimitri haven't changed anything since.

There is talk of, maybe, replacing the 50 year-old Bari gas oven - which has become increasingly temperamental - but otherwise, the room is preserved with many original features, including bright orange countertops and wooden stools. 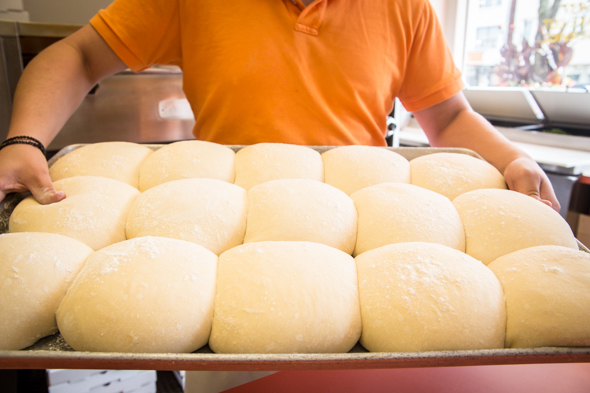 As for the recipes? Those are original too. Everything is still being done the old-school way. Dough is mixed by hand (the whole family will proudly show off their newly sculpted biceps if asked), cheese is grated daily, and slicing vegetables, like delicate tomatoes, is done by hand.

The clientele is a mix of neighbourhood locals and former locals who remember eating here growing up. "People come from Whitby, Oshawa, Pickering, Brampton," Elizabeth tells me. "They'll order two or three pies on the way to the GO station to bring home." 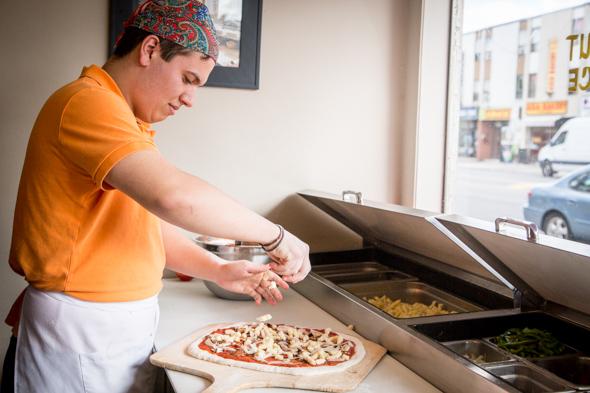 This is a strictly take-out operation (tables are generally populated by those waiting) - there's no delivery, so they know the face of every order that comes through. It's not hard to see why they have such a strong following. The pizza is excellent.

They don't do slices. There are no wings, pastas, sandwiches or any other novelties to be had; whole pizzas are the sole focus. I order a small, with mushrooms, onions and tomato. Three toppings included is $11, but a plain cheese starts at $8 and goes up exponentially with size. 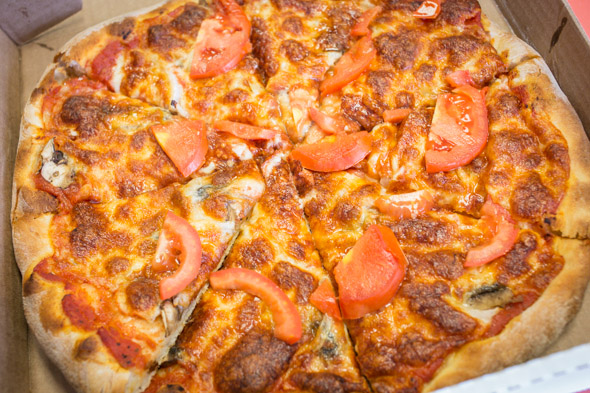 The dough is sturdy and chewy and rises just slightly in the oven around the edges so that each pie is encircled by a ring of of puffy crust. The cheese isn't so much shredded as it is extruded through a machine into long curd-like snakes. In the oven, these melt and bubble as they spread out over the surface.

Toppings are applied under the cheese - except for tomatoes, which go on top to prevent the crust from getting soggy. It's the kind of thing I don't usually pay attention to, but I'm glad they do. 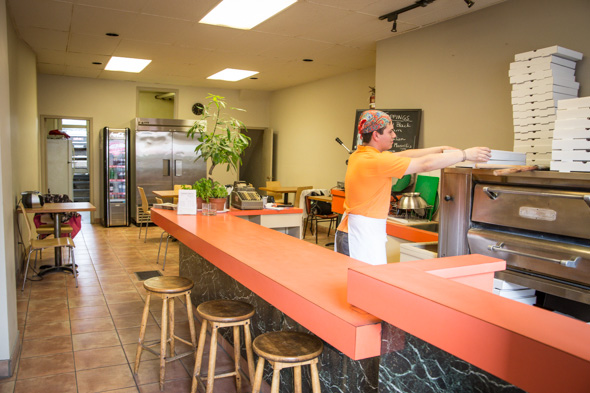 Danforth Pizza House is open from 3pm, though the new owners are toying with the idea of opening for lunch. There are also plans to experiment with the some new toppings like bocconcini or spinach - but not to worry, the faithful classics aren't going anywhere. 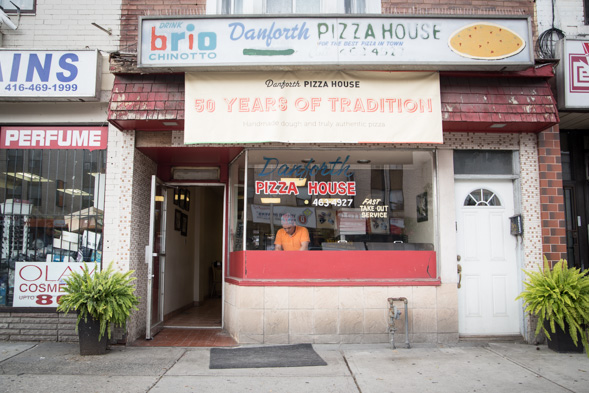