Dandylion is currently open but their offerings and services may be affected due to the pandemic. Please contact the business directly for more information about any changes. Is this your business? Please contact us if you would like to update this message.

Dandylion on West Queen West is an obliging new 30-seat dining room from Chef Jay Carter (formerly of Centro and ex-exec chef for Susur Lee). It's a modest effort for a mature chef who has previously overseen much larger venues, but now turns his personal attention towards a limited number of diners each night.

The room itself is cozy, lined with exposed brick and an oak hutch displaying a collection of potted plants. The kitchen, interestingly enough, is gas-free, meaning the stovetop is electric. 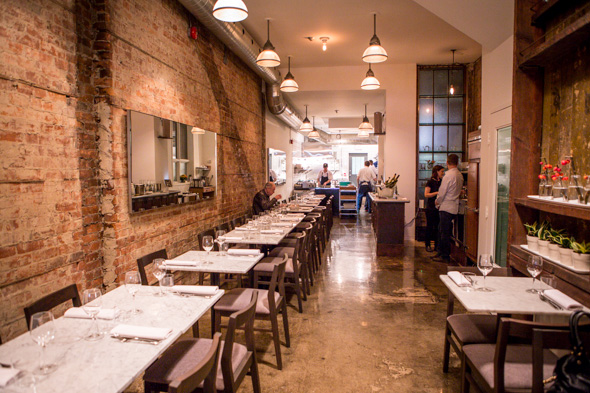 The opening menu is concise, featuring only three options for each of three courses. Chef Carter tells me he's working on adding one more option to each course, so that a four-top can each try something different. "I wanted to do tasting menus," he explains, "but this way people still get some choice."

Hoping to leave a little mystery on the menu, the Chef doesn't want to reveal too much for our camera, but he agrees to showcase a couple plates. 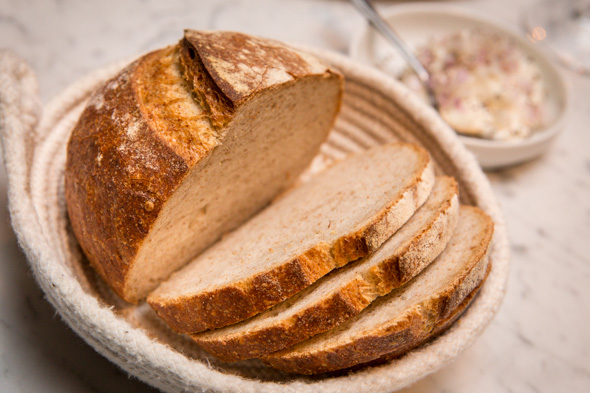 First up is the complimentary bread program, featuring a mini loaf of house-baked whole wheat sourdough served with fromage blanc sprinkled with sweet and sharp shallots and a heavy dose of cracked black pepper. It's a good start, appropriated from northern French bouchons. 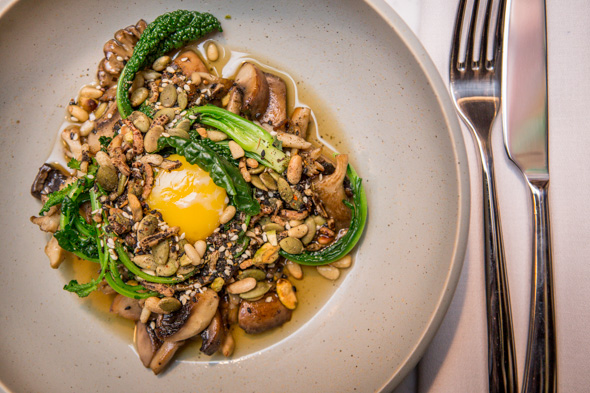 The laconic menu descriptions highlight only a handful of ingredients from each dish, so what arrives at the table remains a surprise. Egg, mushroom and savoury granola ($19) for example, is a vegetarian main featuring a sunny poached yolk set atop an earthy bed of kale with a mix of mushrooms and crushed roasted sunchokes. Pine nuts, puffed black rice and various seeds add textural interest while kelp powder adds umami and espellete peppers give the dish a mild spice. 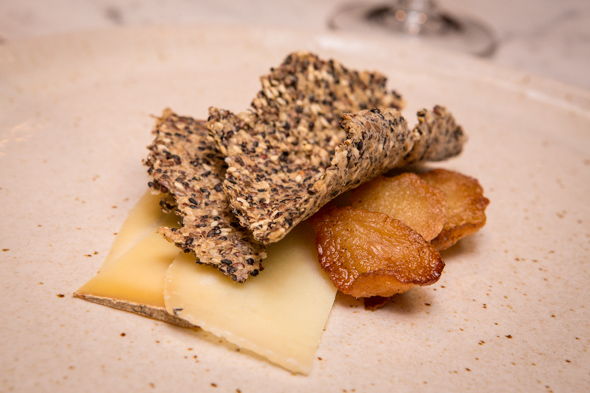 The cheese plate ($10) is offered as an alternative to the other sweet endings, though if you're just in the market for a glass of wine and a snack, this is not a bad way to go. Today it's a slab of Comte accompanied by shards of house-made brown rice crackers speckled with quinoa, poppy seeds and black and white sesame. Pears, roasted in brown butter and then dried, provide sweet and nutty notes for contrast. 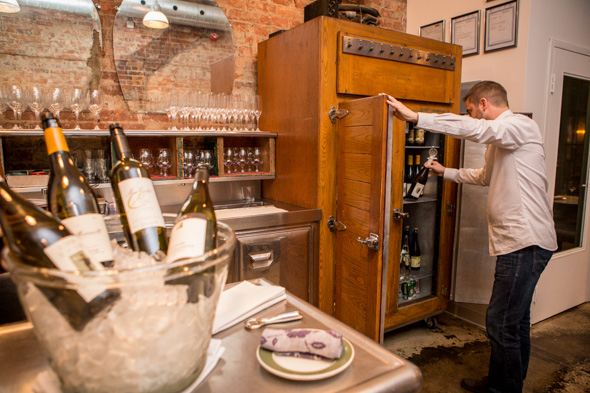 Cocktails are entirely absent on the bar menu, which features five reds and five whites priced between $10 and $16 for a glass, or $46 to $75 for a bottle. The unusual selection of beers curated by Guy Rawlings includes Maryland's Stillwater Classique ($7) and Orval Trappist Belgian Ale ($10) by the bottle.

Expect the menu to change seasonally if not more frequently. Lunch is likely to launch in the new year, and if you find yourself at Dandylion after dinner hour, Carter says he's not opposed to just whipping up off-menu creations. 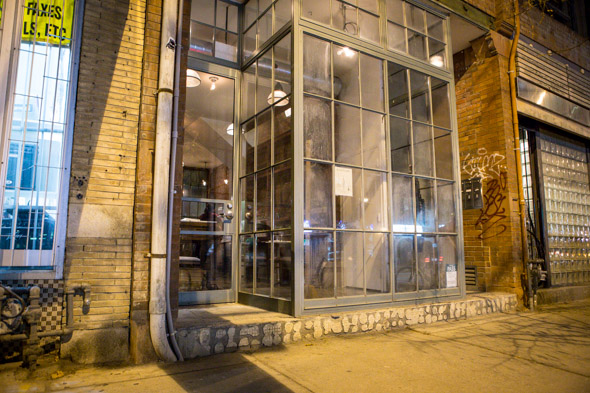