The Daily Dumpling Wonton Co. strives to imitate an authentic Shanghai dumpling house in as many ways as possible.

All wontons are hand-rolled on the premises, a minimal menu comprised of dumplings with several traditional fillings served just two ways: in a basic soup, or smothered in peanut sauce. 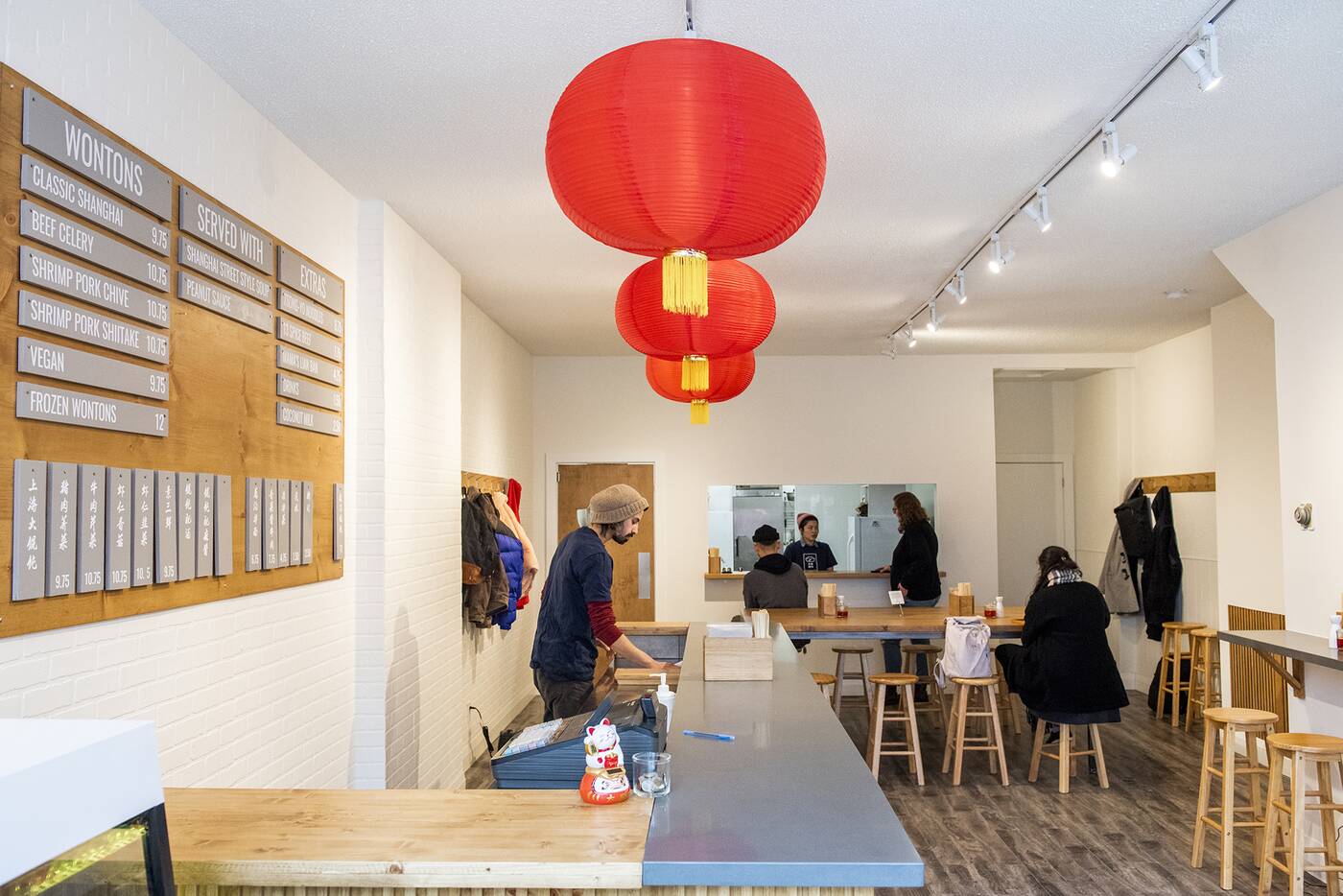 The space seats around 20 and embraces a similarly minimal aesthetic influenced by modern Chinese dumpling houses, red paper lanterns hanging from the ceiling and a communal table facing a window into the kitchen. 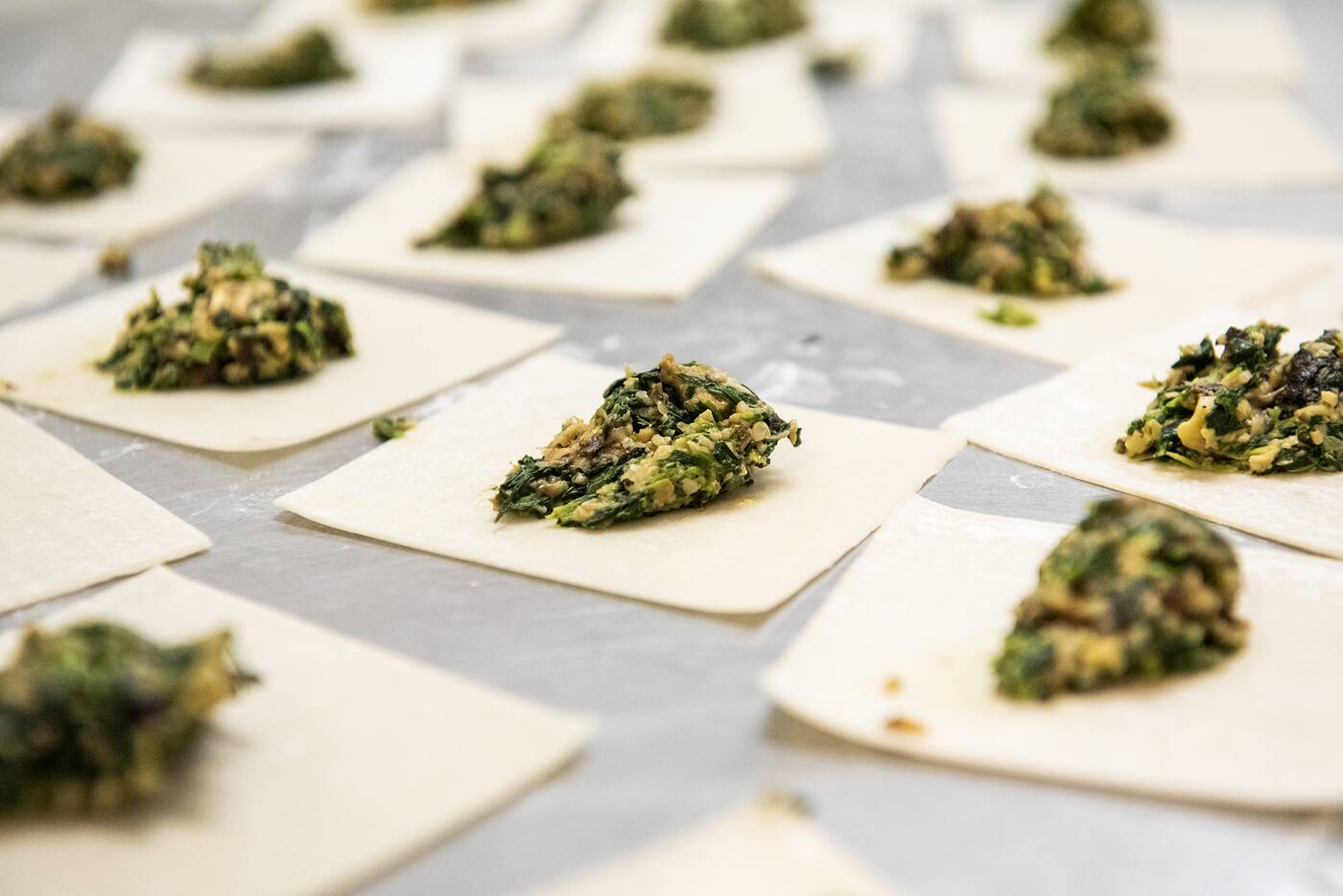 Serving choices of soup or sauce are traditional to Shanghai-style dumplings, distinguished by their large, double-folded shape. 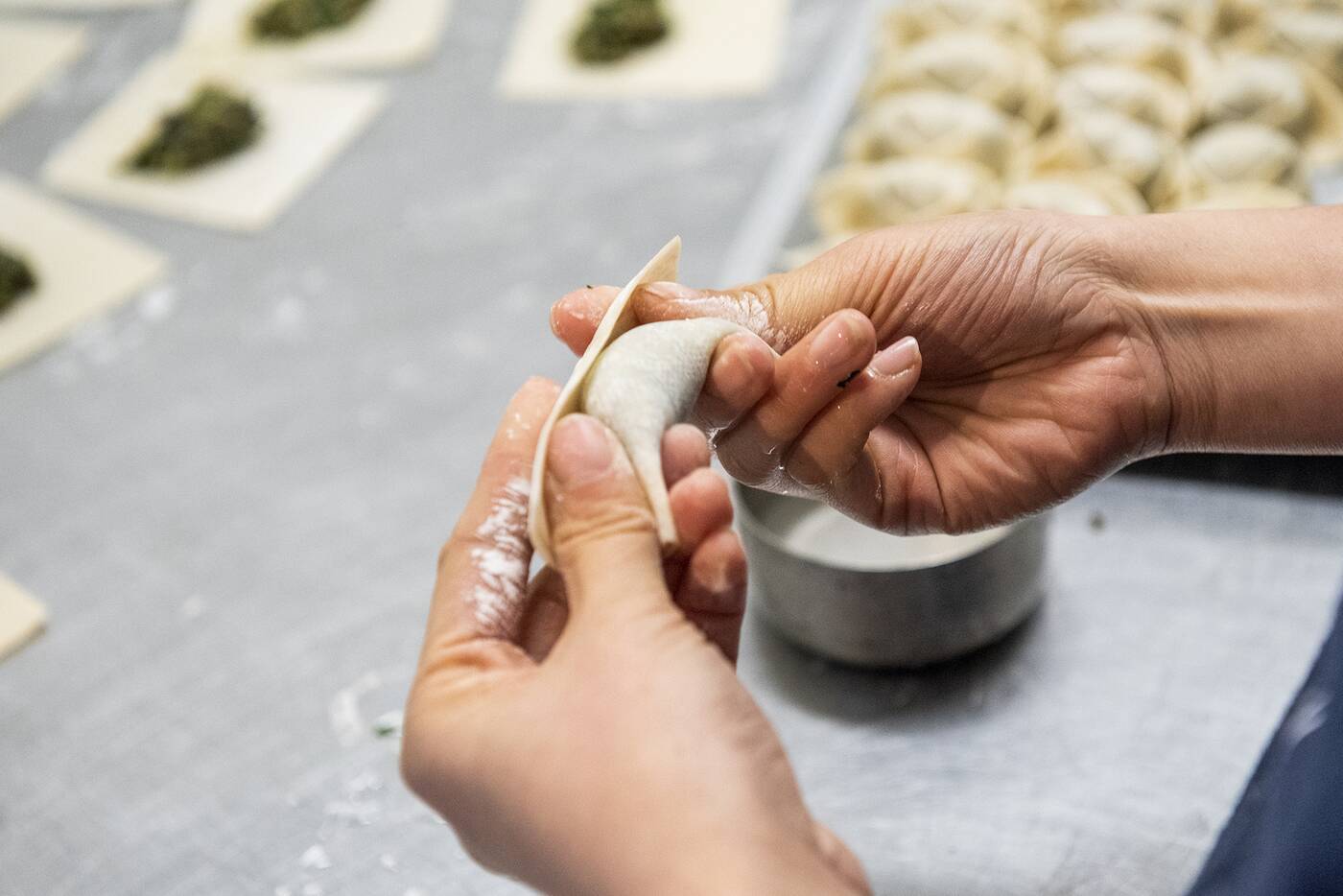 Wonton skins are obtained from an outside supplier, which it turns out is actually more true to the way it’s done in China: they’re better produced by a machine which can get a consistent thinness. 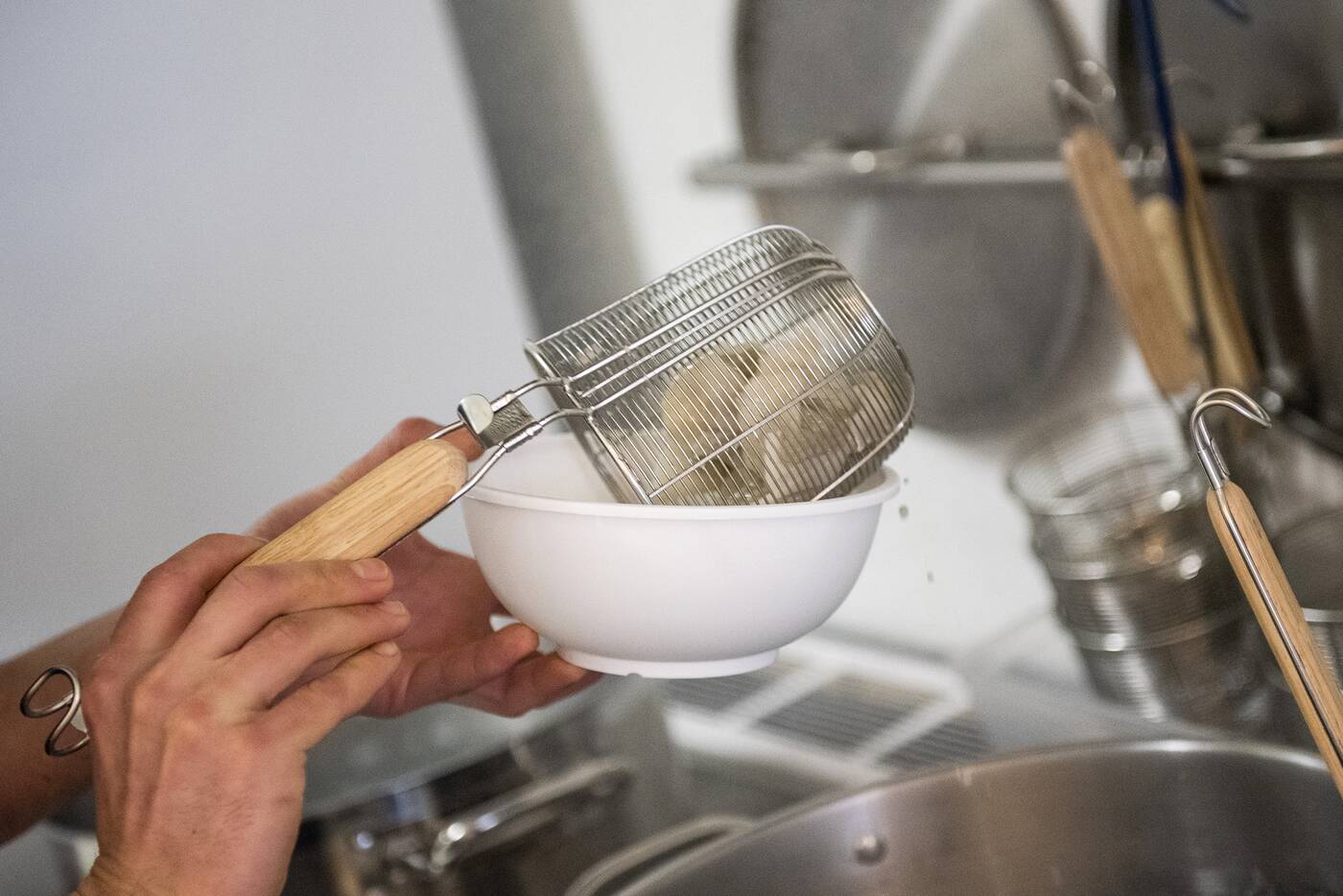 Otherwise, everything is made from scratch, from the fillings to the sauce and soup. 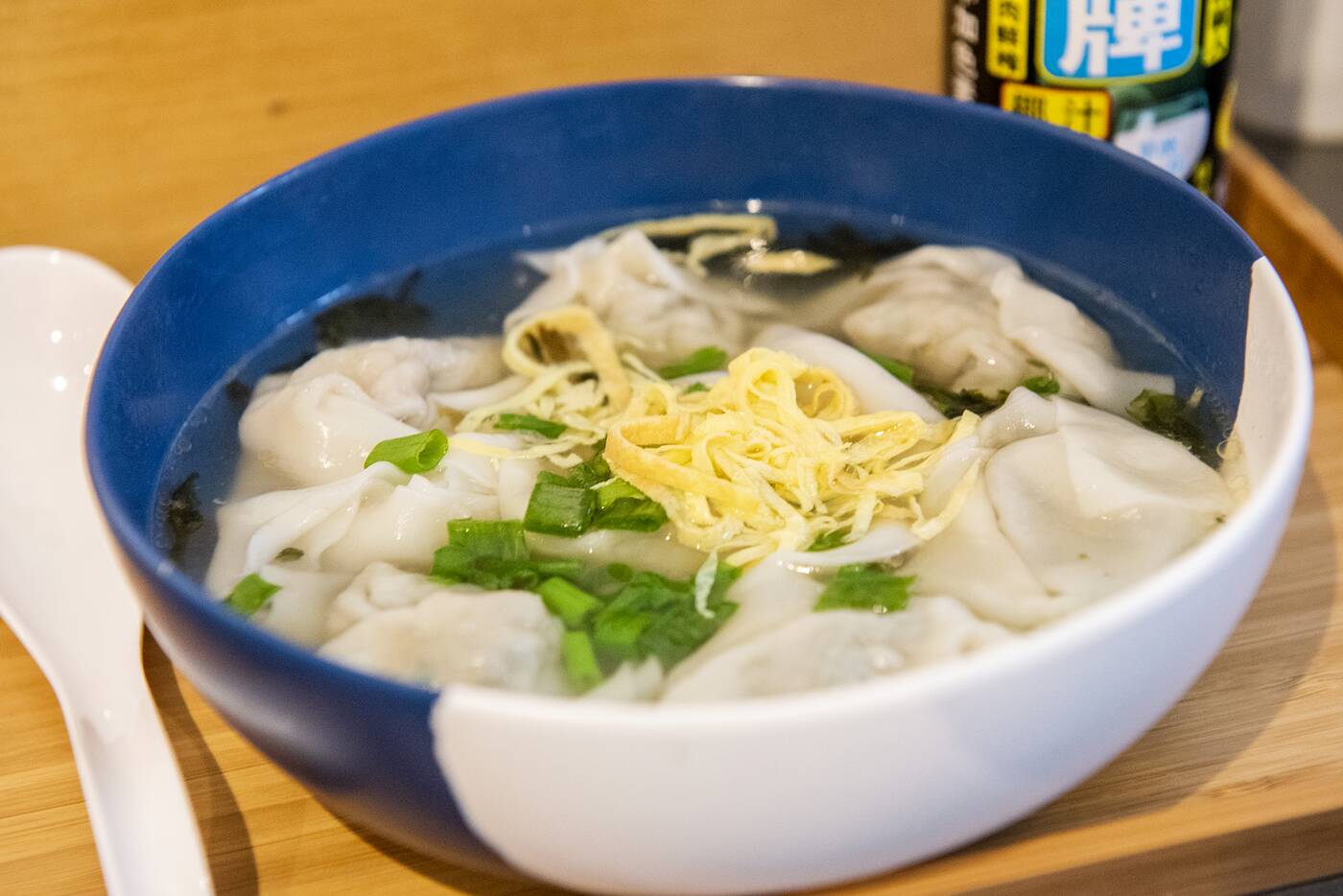 Shrimp, pork and chive ($10.75) is a classic filling, with a nice juice spongy texture and a distinct chive note.

We try these in both serving styles, and the wonton wrapper is delicate and soaks up both the soup and the peanut sauce. No matter what style you get, dumplings are always boiled. 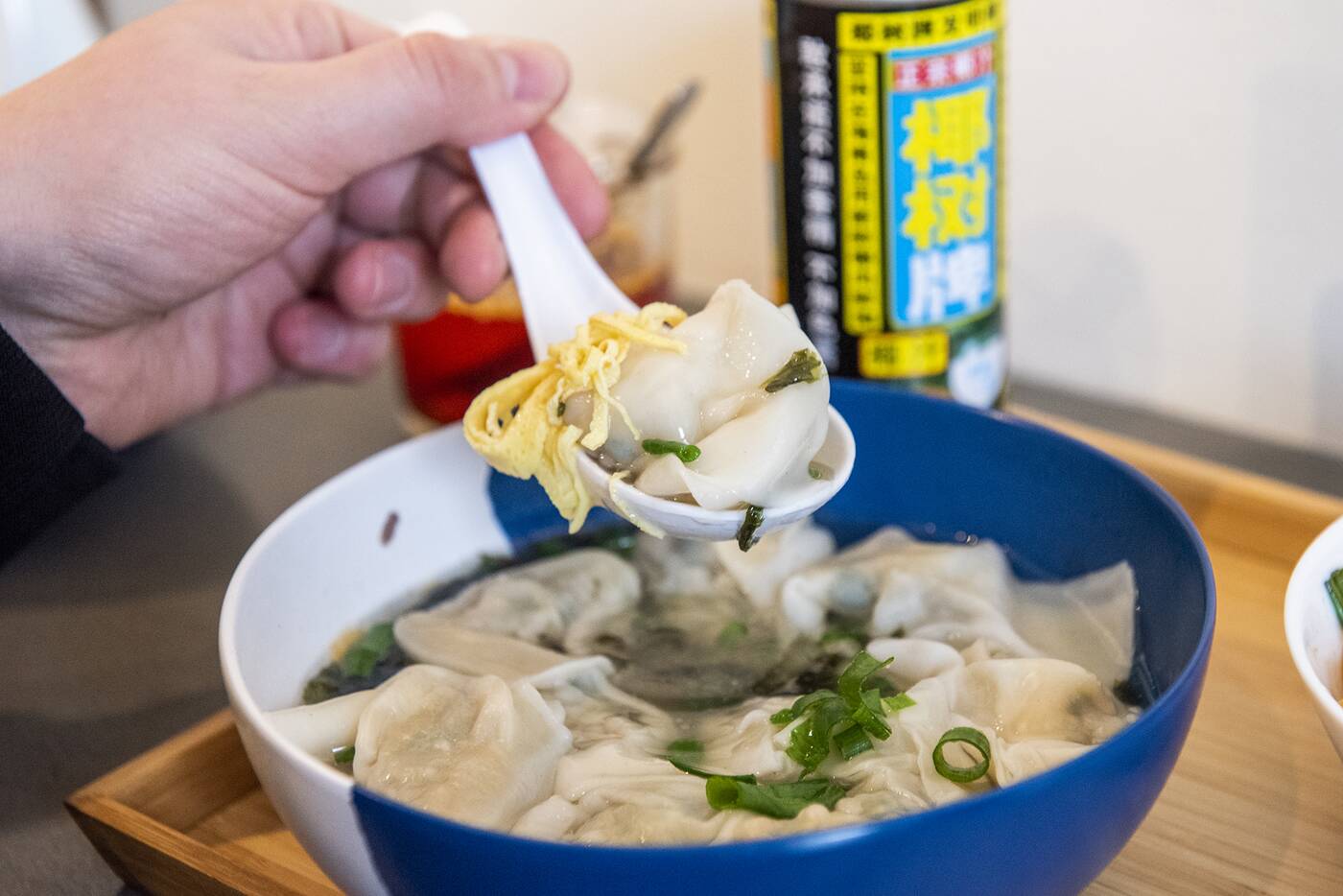 The soup base brings together a simple combination of dried shrimp, seaweed and green onion, and all soups are garnished with a little shredded egg sheet that brings in some texture and extra flavour. 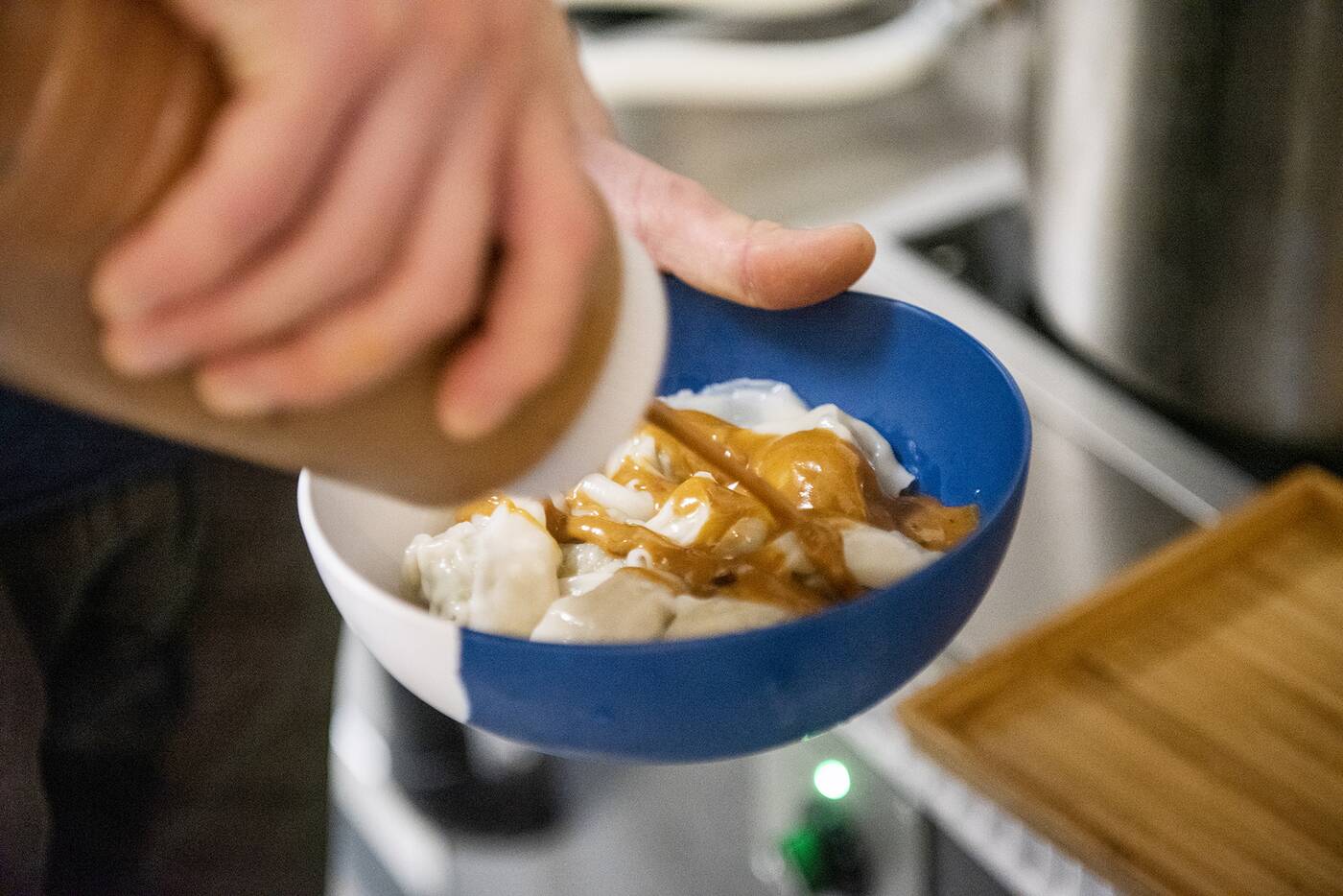 Thick house peanut sauce is made with soy, vinegar and a little water. A tad more overpowering than the lighter soup base, this is the traditional way to eat wontons in summer, the broth more appropriate for winter. 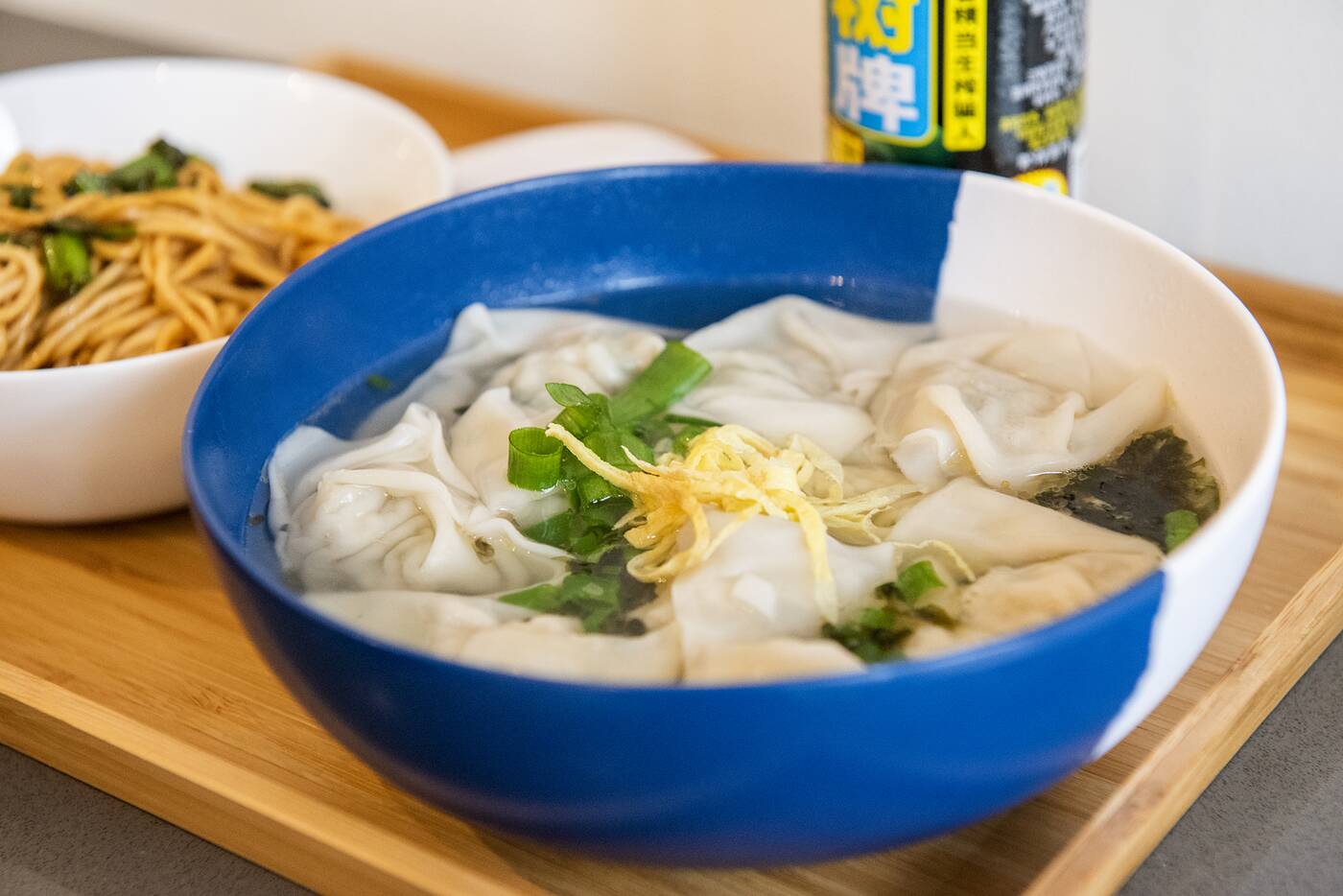 We also do the classic Shanghai dumplings ($9.75) in soup, the filling a combination of pork and shepherd’s purse (a plant that tastes a little like mustard greens) that’s apparently unique to Shanghai. 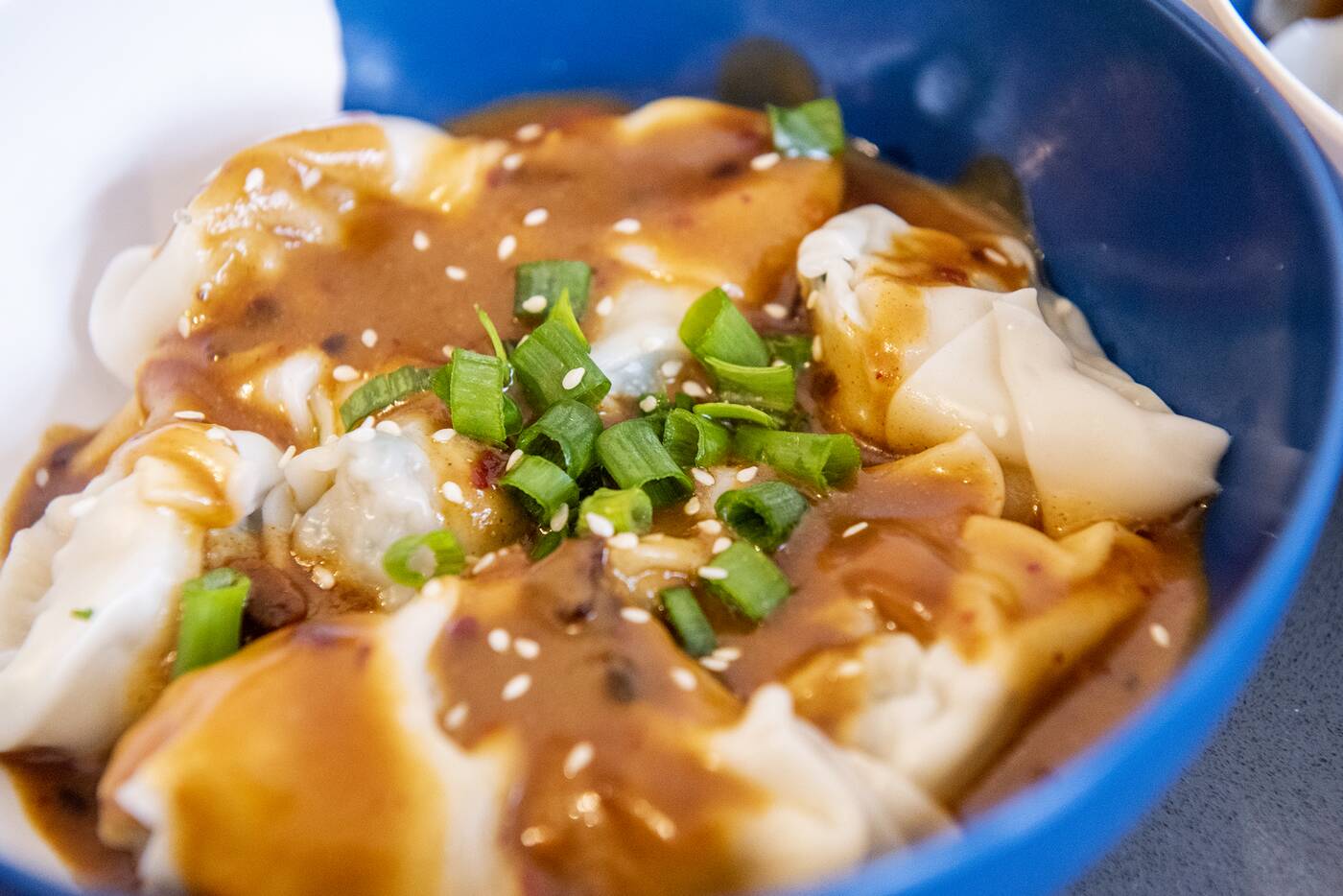 Vegan wontons ($9.75) are filled with spinach, shiitake and pine nuts, also a traditional combination: nothing here is fusion or their own invention. It’s not quite as instantly recognizable as iconic pork fillings, but tastes grassy, healthful and comforting. 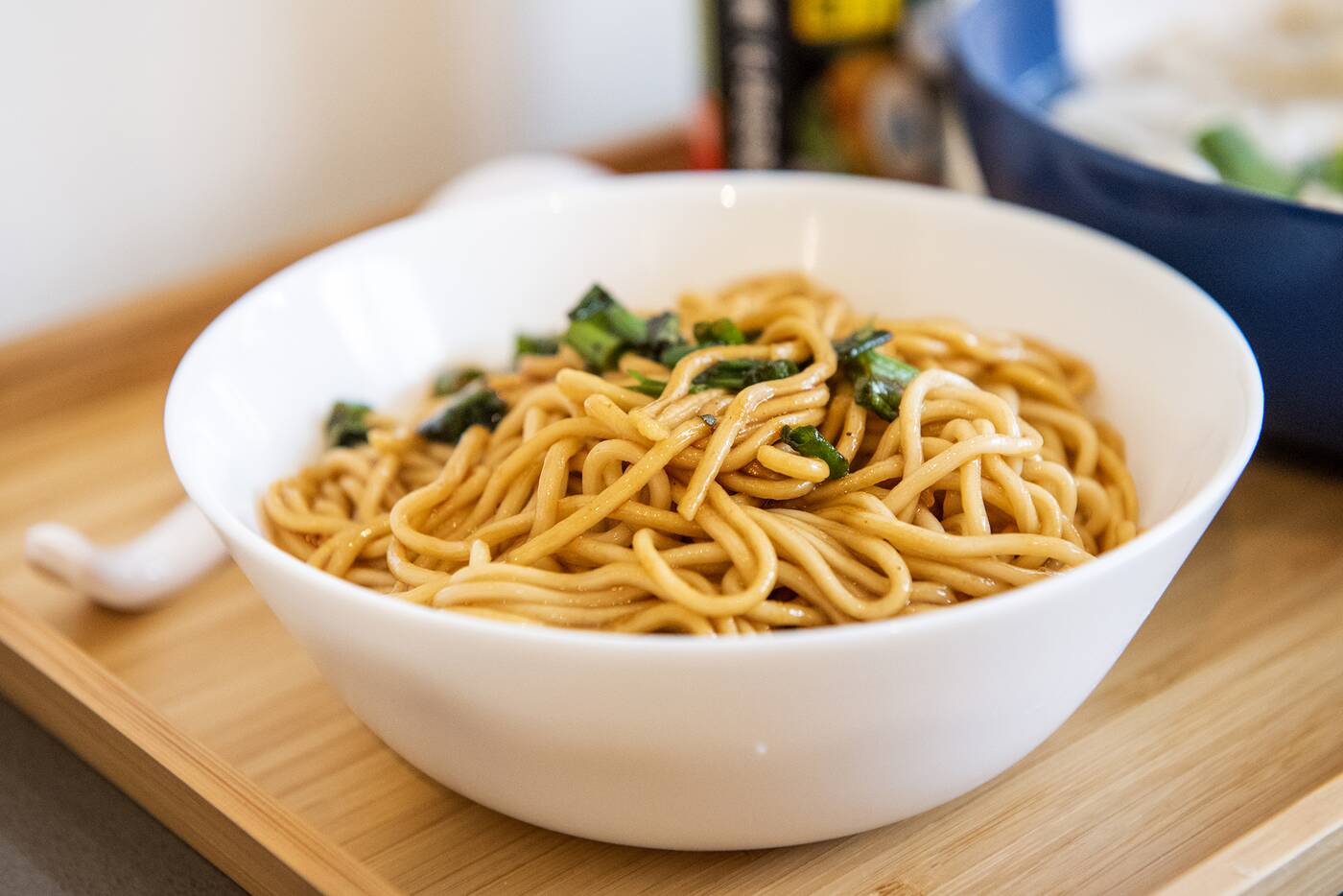 Just a few tight sides can be ordered to accompany the dumplings, lian bian or tsong-yo noodles, or 13-spice beef. 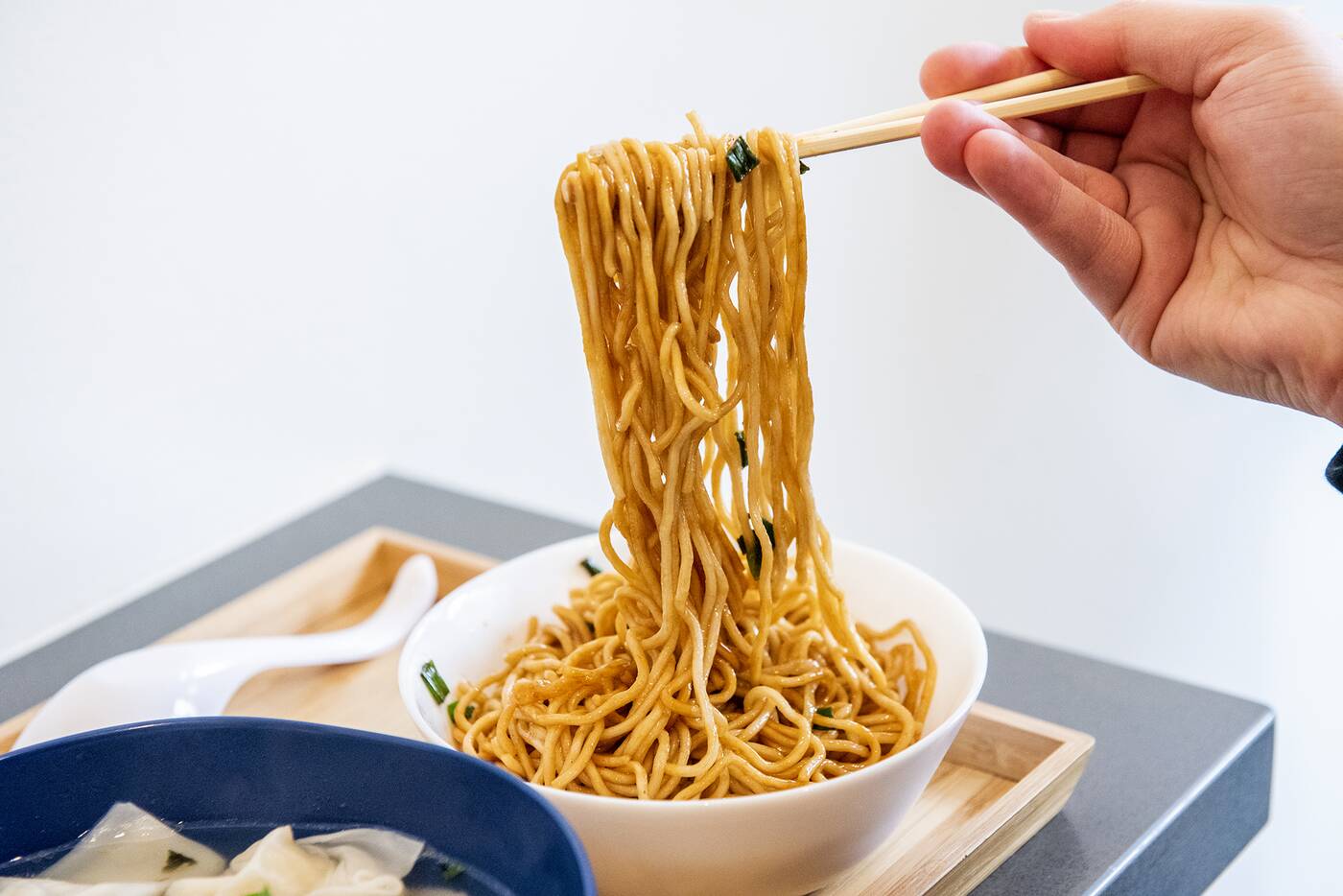 Noodles for the tsong-yo are also obtained from a supplier, boiled and tossed in a deep and toasty house soy. Apparently most Chinese restaurants have their own soy and version of this dish, explained to me as somewhat analogous to mac n’ cheese. 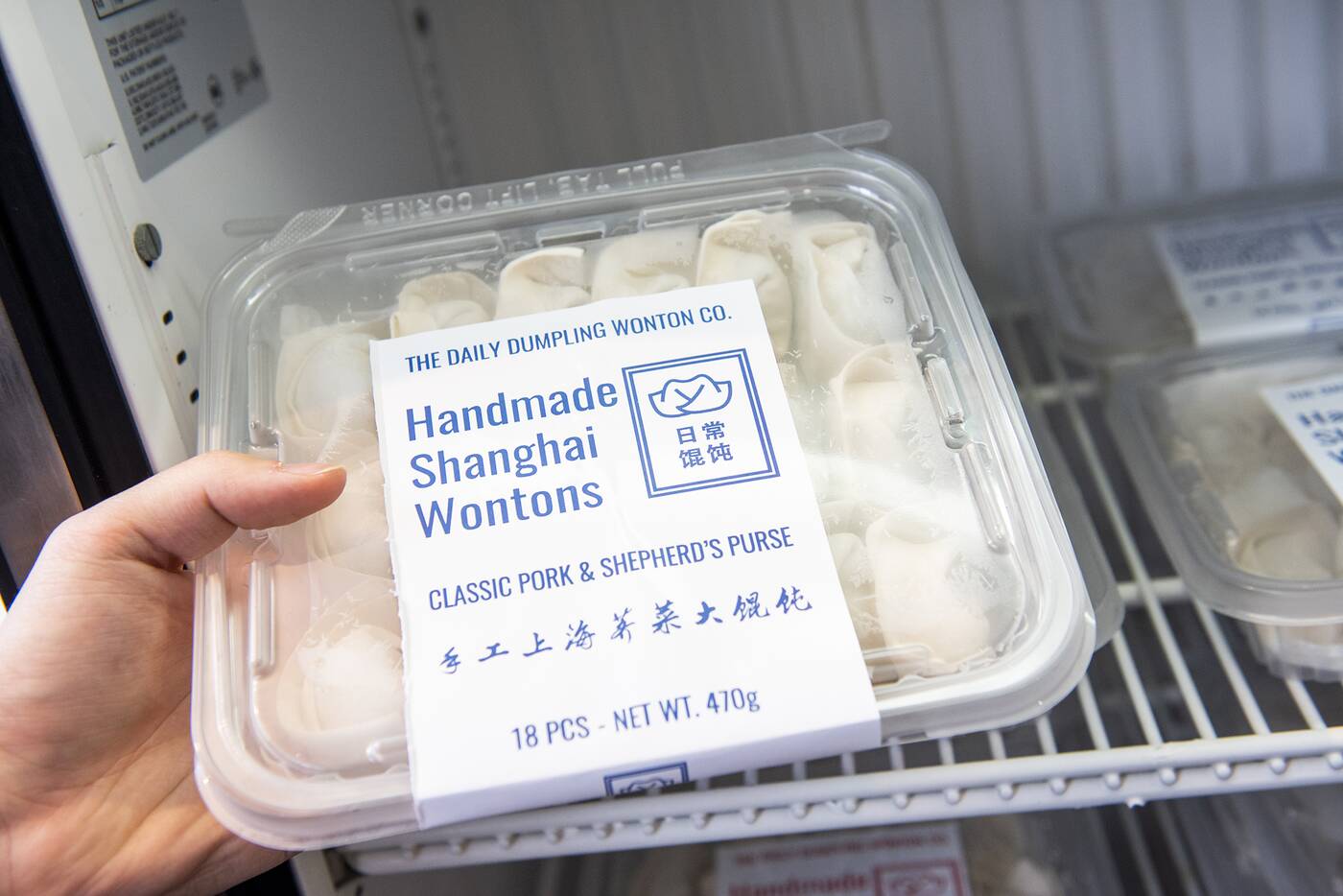 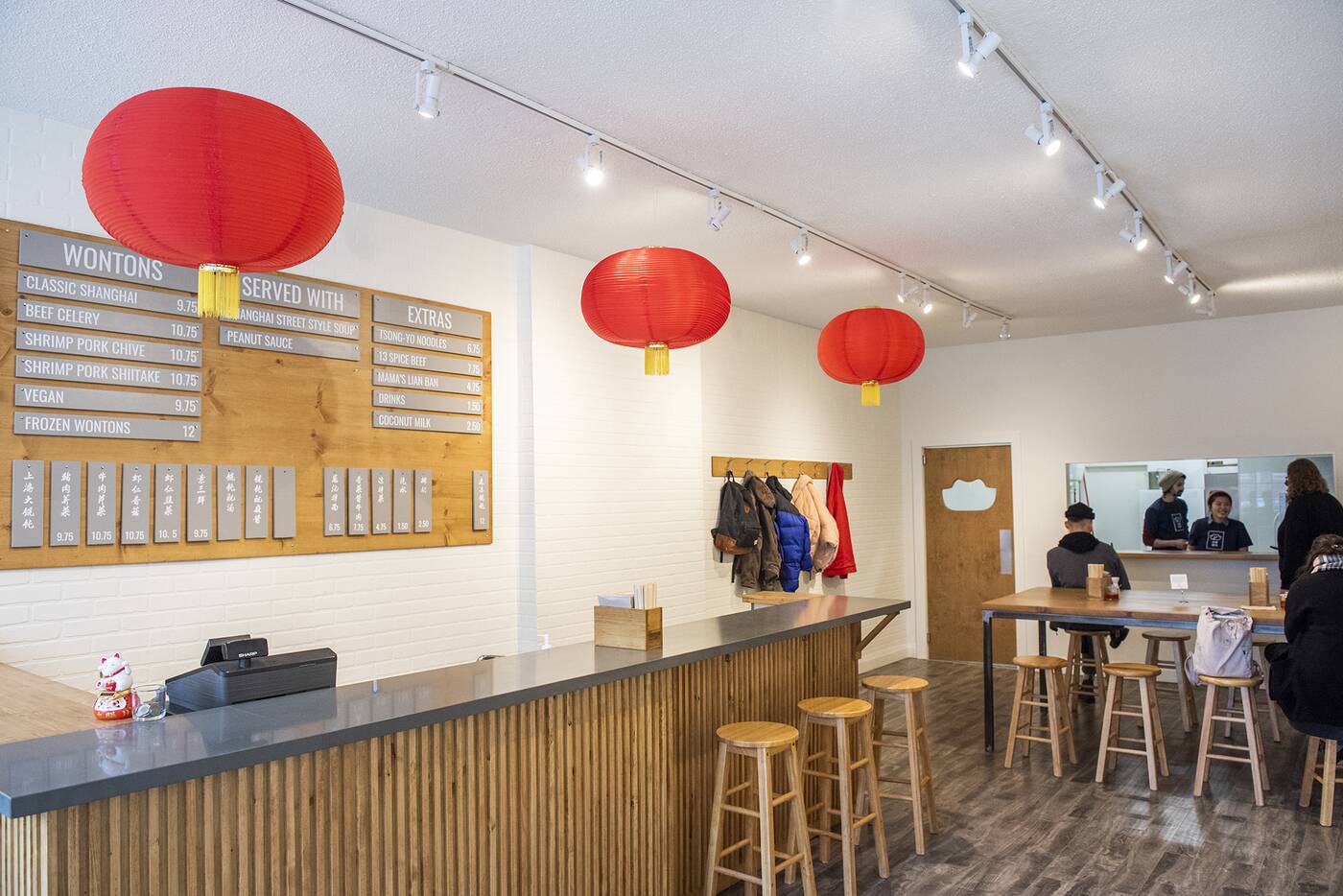 With options for delivery, takeout or dine-in service plus a loyalty stamp card program, there are a ton of convenient ways to enjoy wontons from here. 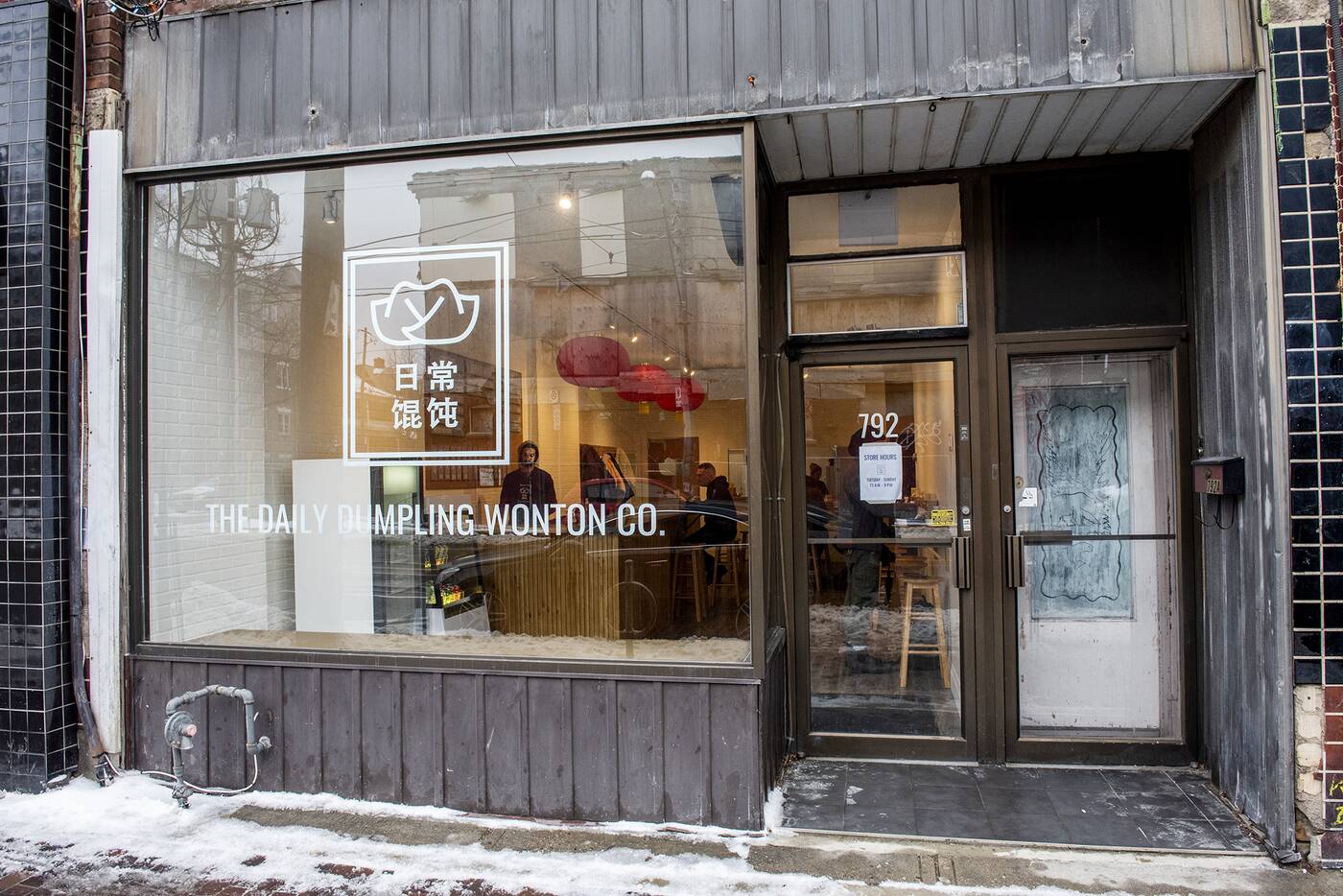