Crown & Dragon is known for great deals on the best wings in town, in a wide variety of house fusion flavours.

It’s also a headquarters for Maple Leafs games with full sound on multiple TVs throughout games, and there are sometimes wing and beer deals or prize giveaways on game nights. 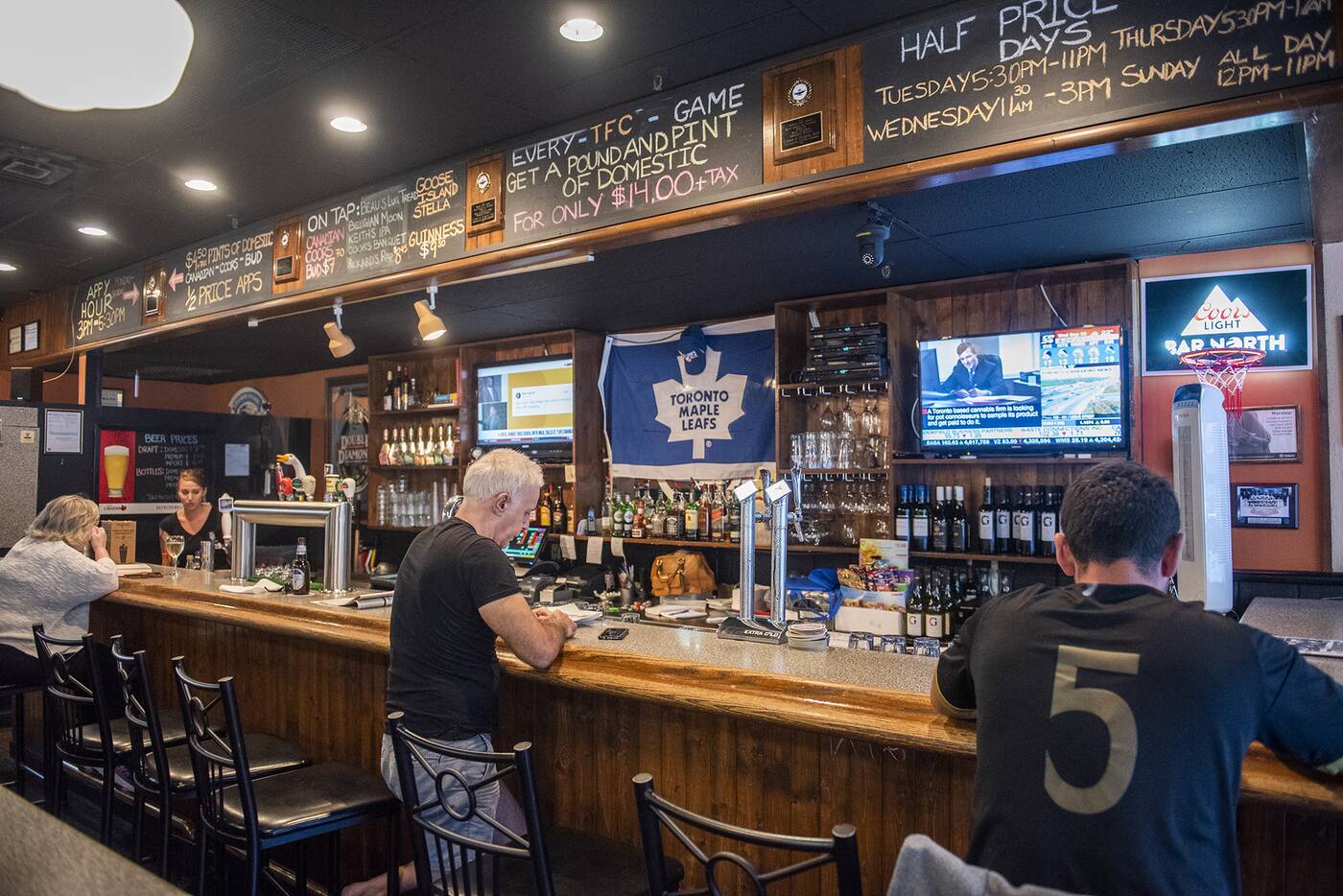 The place is a dive bar through and through, solo patrons mostly opting to sit at the bar when wing nights aren’t on. Though the tabletops are worn, there are several bright spots near big front windows, and there’s a sidewalk patio just outside. 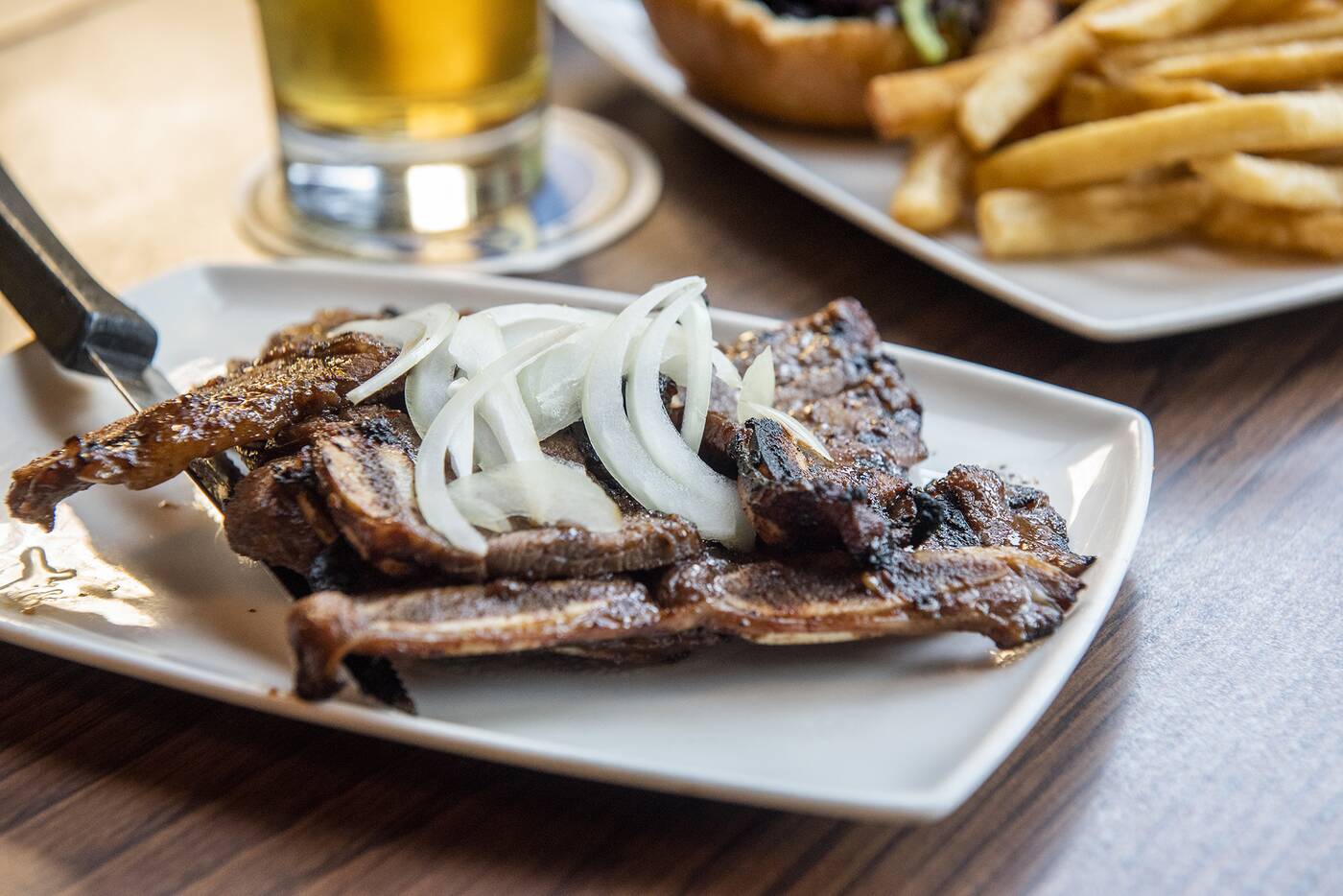 Korean BBQ ($13) is essentially short form for Miami-style short ribs made with a typical full-flavoured house Korean BBQ marinade, served with thinly sliced raw onion that cuts the richness of the meat and brings out its juiciness. Served with a steak knife, but just go at it with your hands here. 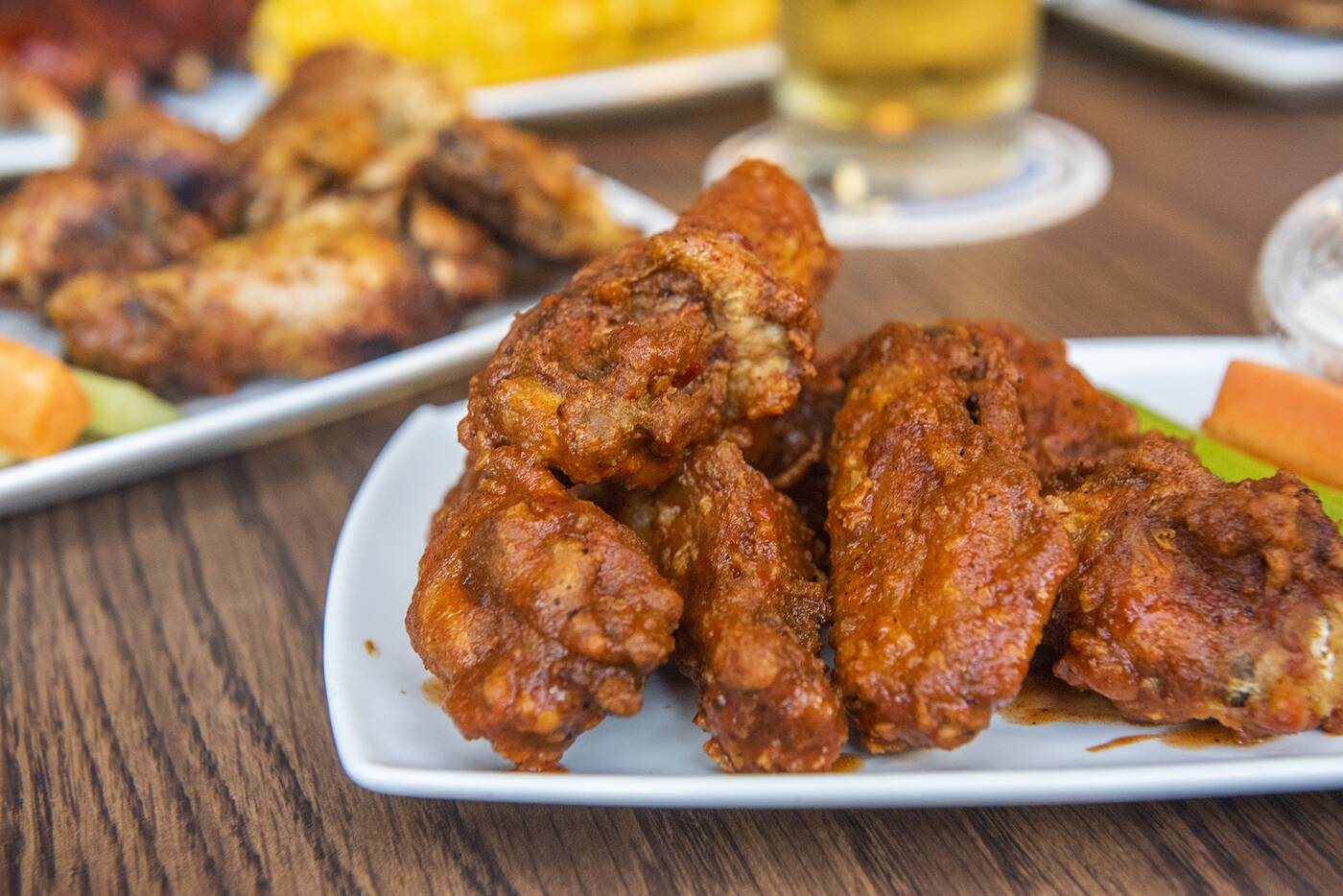 Dragon’s Breath wings ($14 a pound) are the signature here, fried and tossed in a secret award-winning house sauce. It’s on the wetter, thicker, spicier side, akin to a traditional Buffalo wing but not crazy spicy. 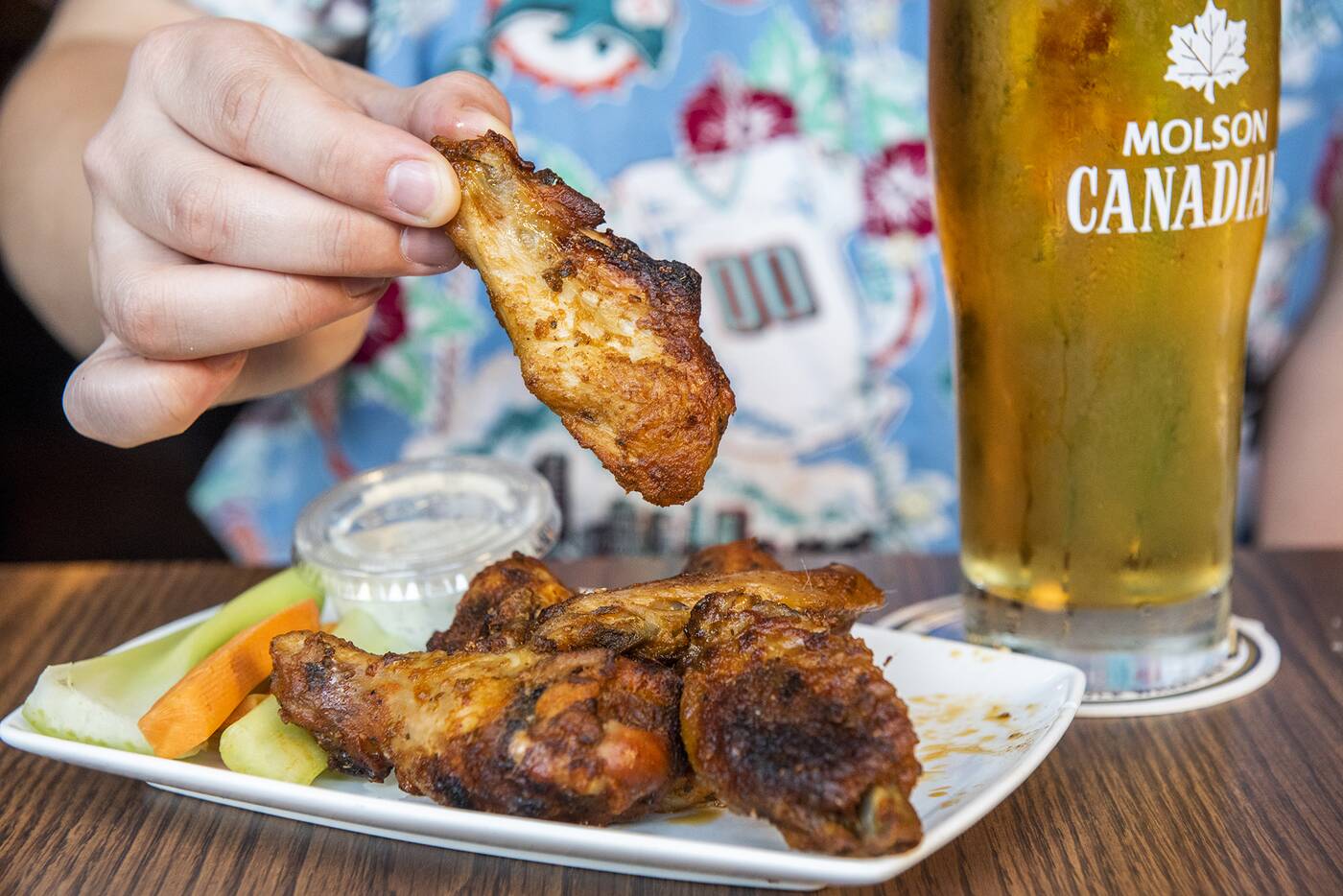 Cuban Sun wings come from a smaller selection of marinated, baked wings (about four options including tandoori and jerk flavours as opposed to over three dozen fried, lemonade, Thai, Japanese and Cajun flavours among them). 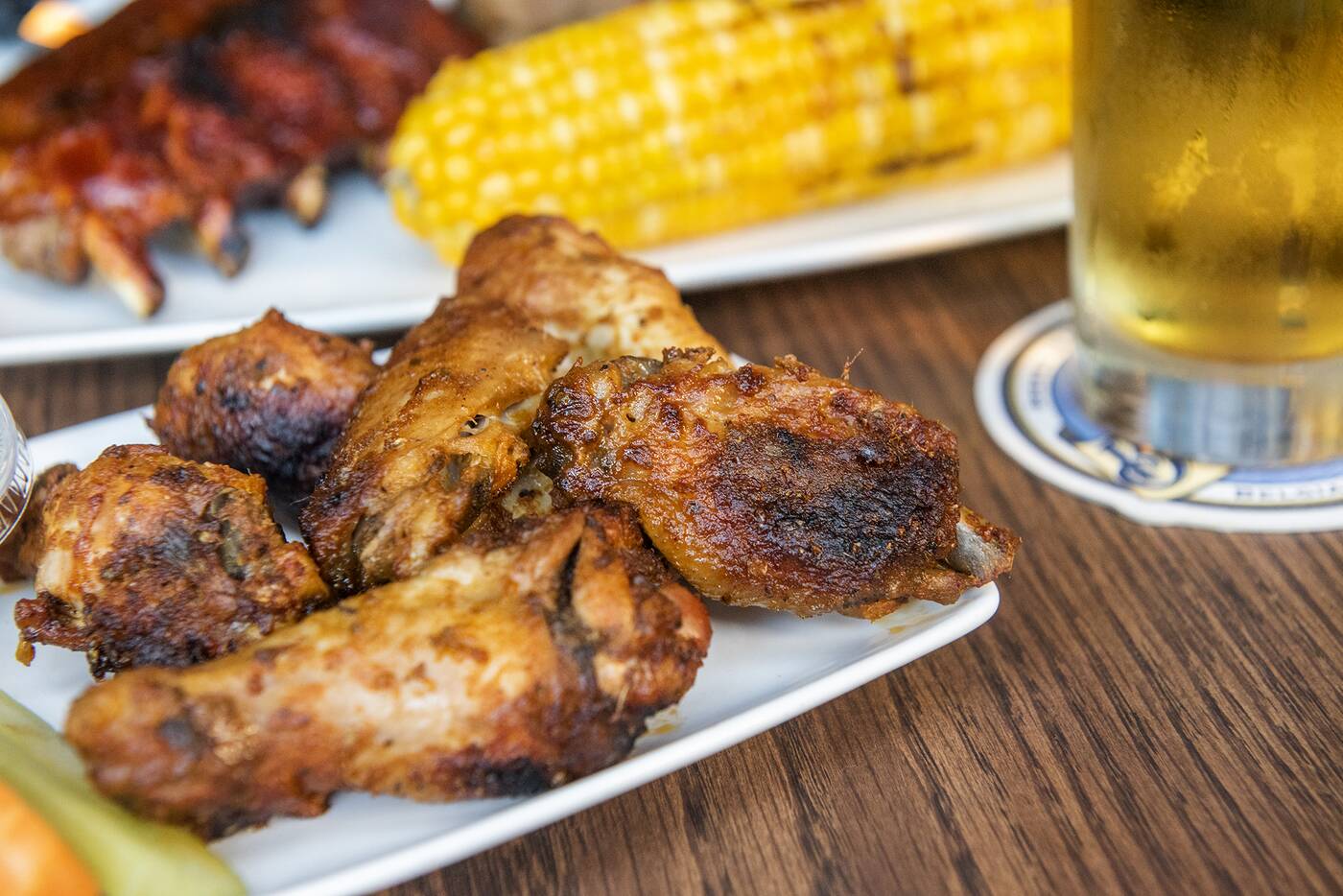 These have a much more herby flavour that’s slightly spicy but less so than the Dragon’s Breath. Obviously they’re also less saucy but still slightly oily to the touch and leave light traces on fingers and plate.

All wings are delivered fresh every other day from Quebec or Ontario suppliers, served with the traditional celery and carrot sticks as well as a house buttermilk garlic dill dip that’s more thin than chunky as far as dipping sauces go. 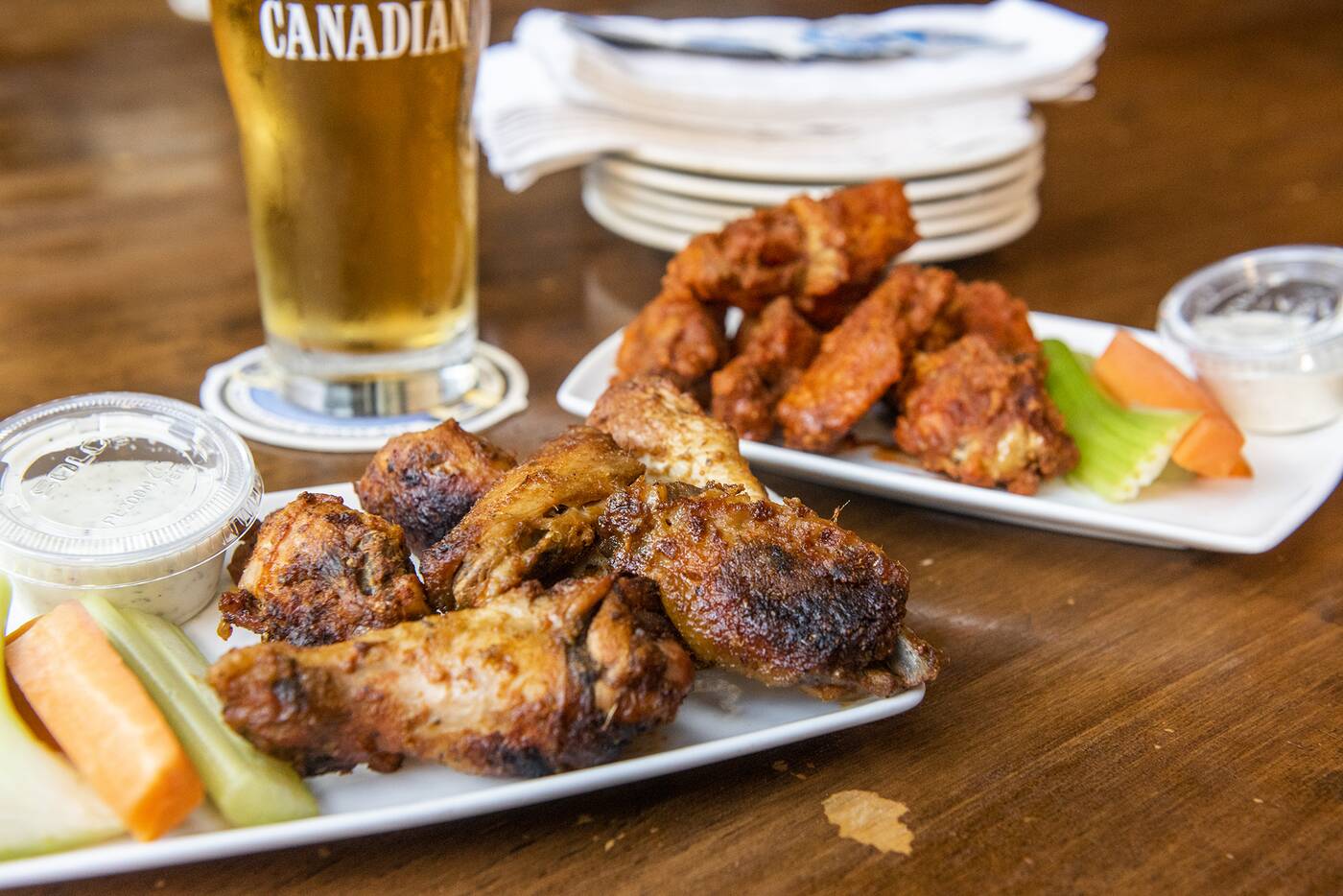 Dine-in wings are half price every Tuesday and Thursday for dinner starting at 5:30 and for lunch on Wednesdays starting at 11:30 a.m. as long as you buy a drink. 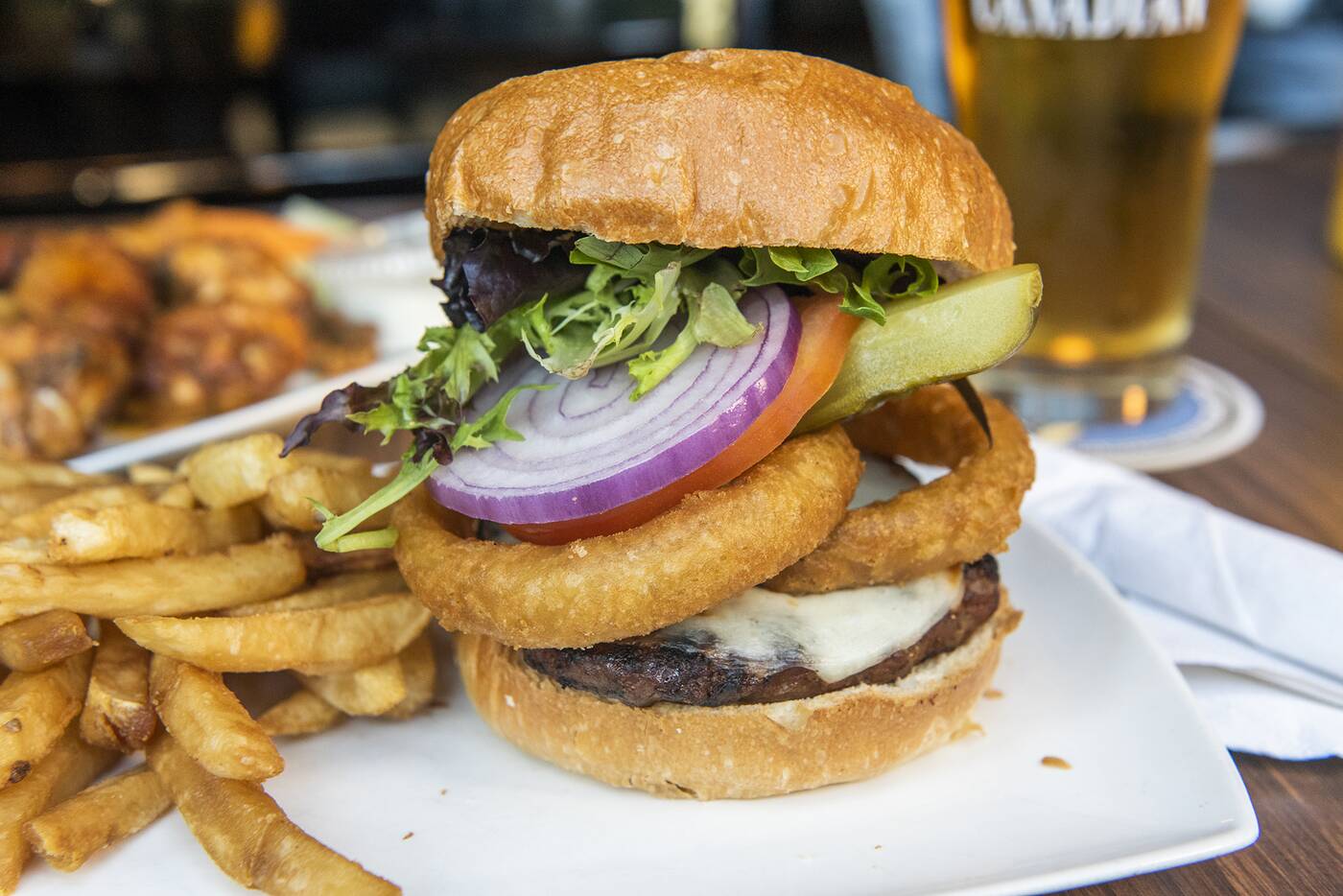 A Key West burger ($16) is part of a list of five burgers that can wind up passed over for the wings, but are just as high quality with homemade 100% beef patties. 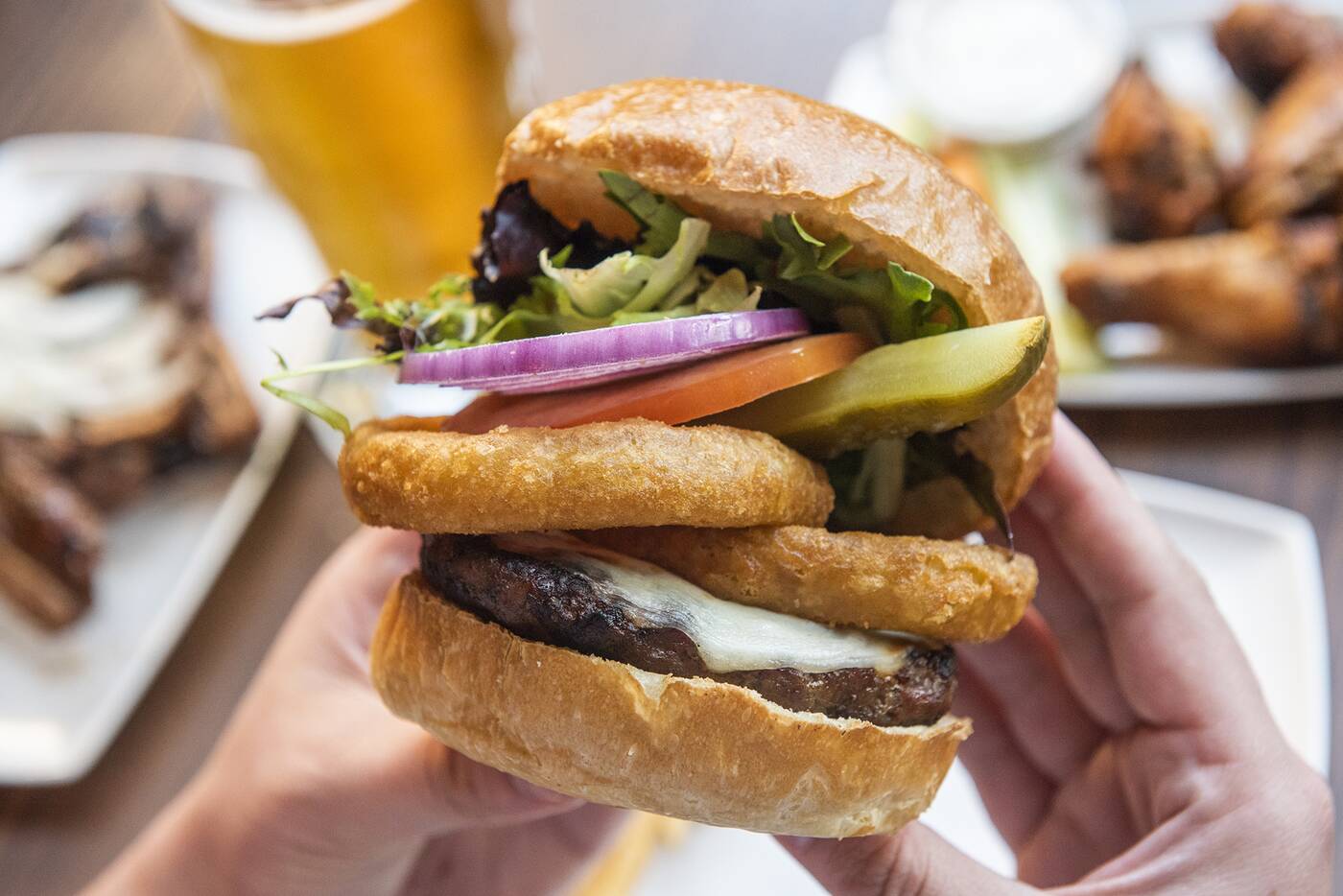 This burger does take a cue from Crown & Dragon’s wings, brushed with their award-winning smoky hickory and lime Key West sauce. From there it’s topped with provolone, all the fixin’s and thick, crispy onion rings, served with fries or salad. 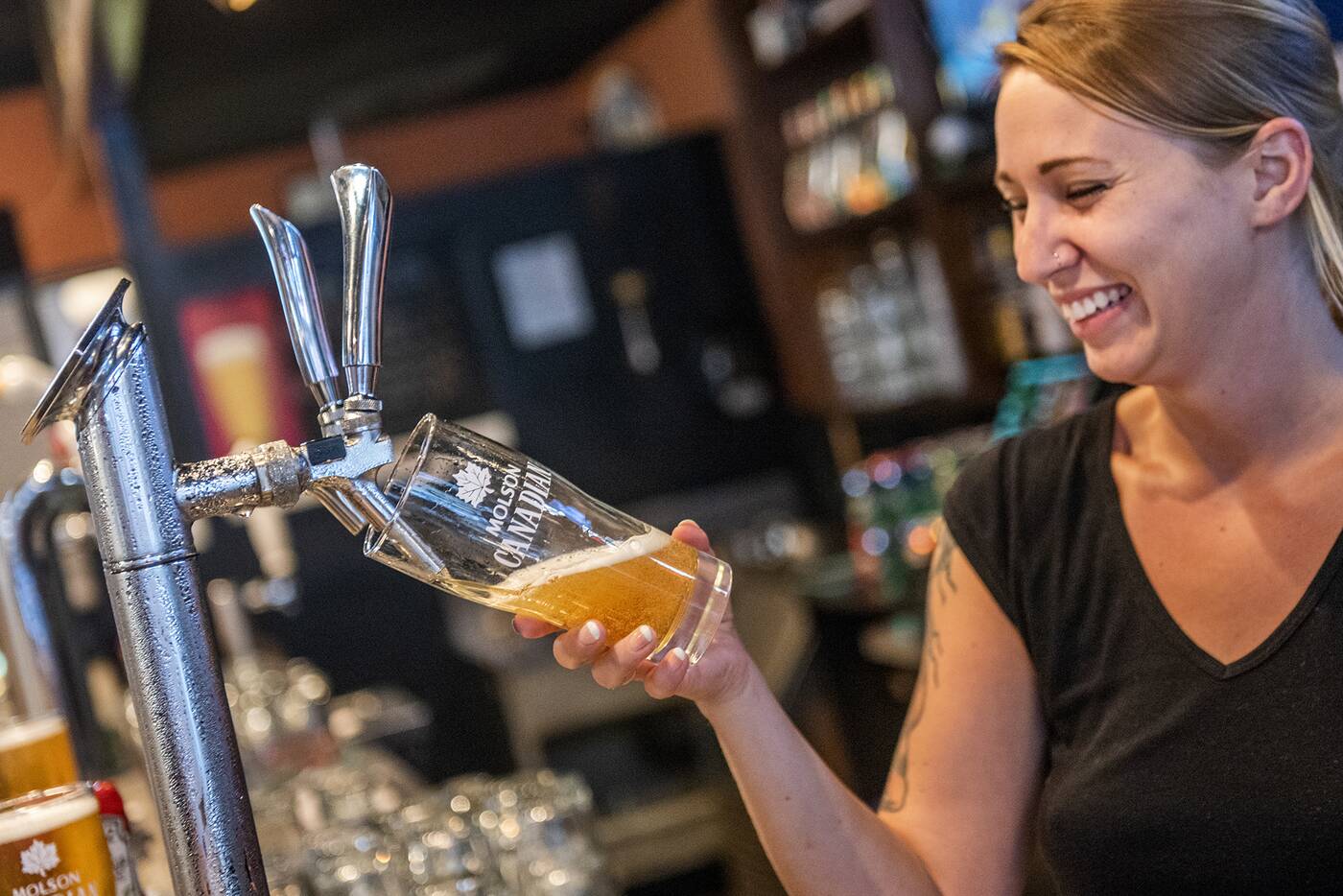 Beer prices start at $5.65 for domestic bottles ranging up to $9.30 for import draft. 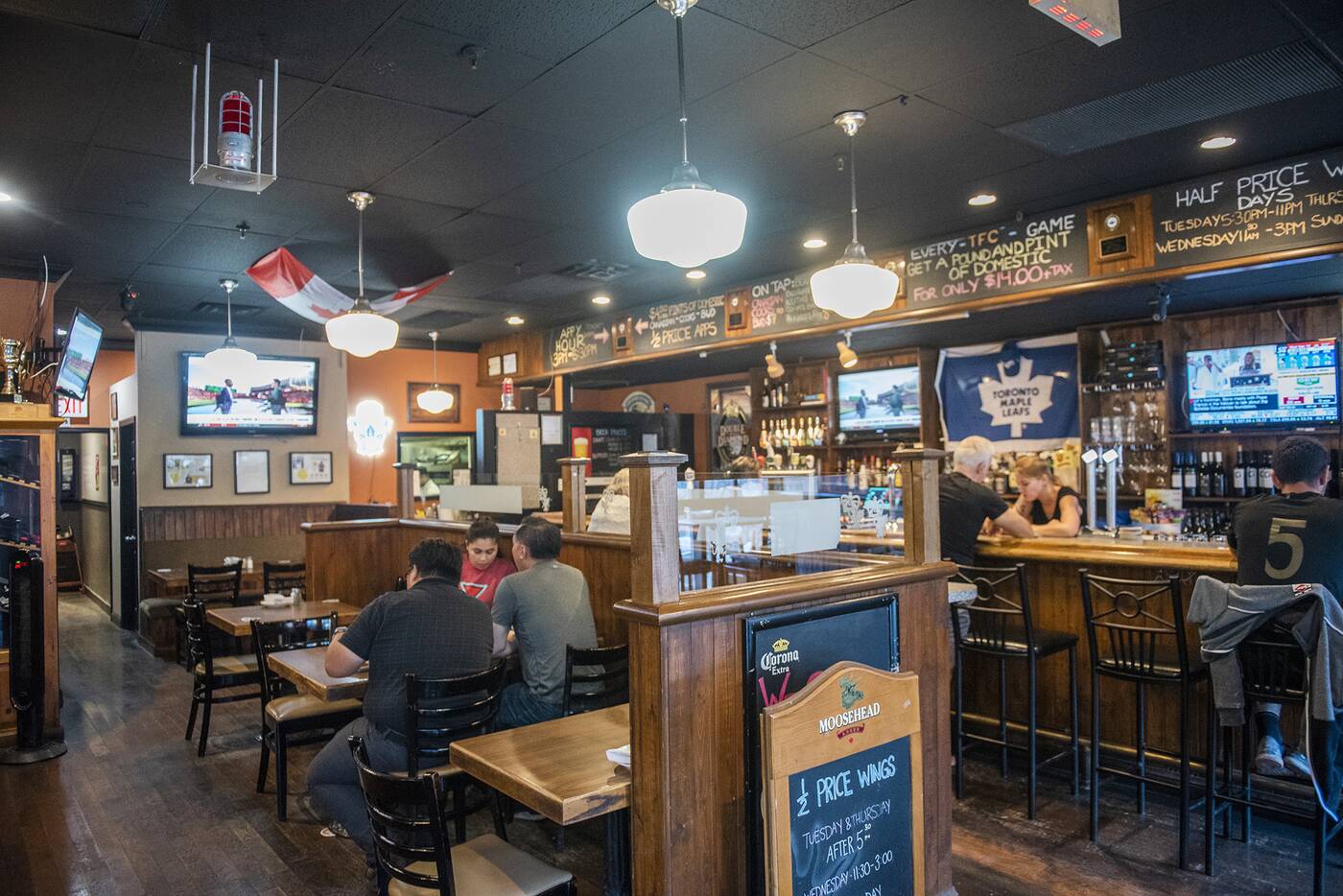 The options are all relatively standard big brands like Coors, Goose Island, or Molson. 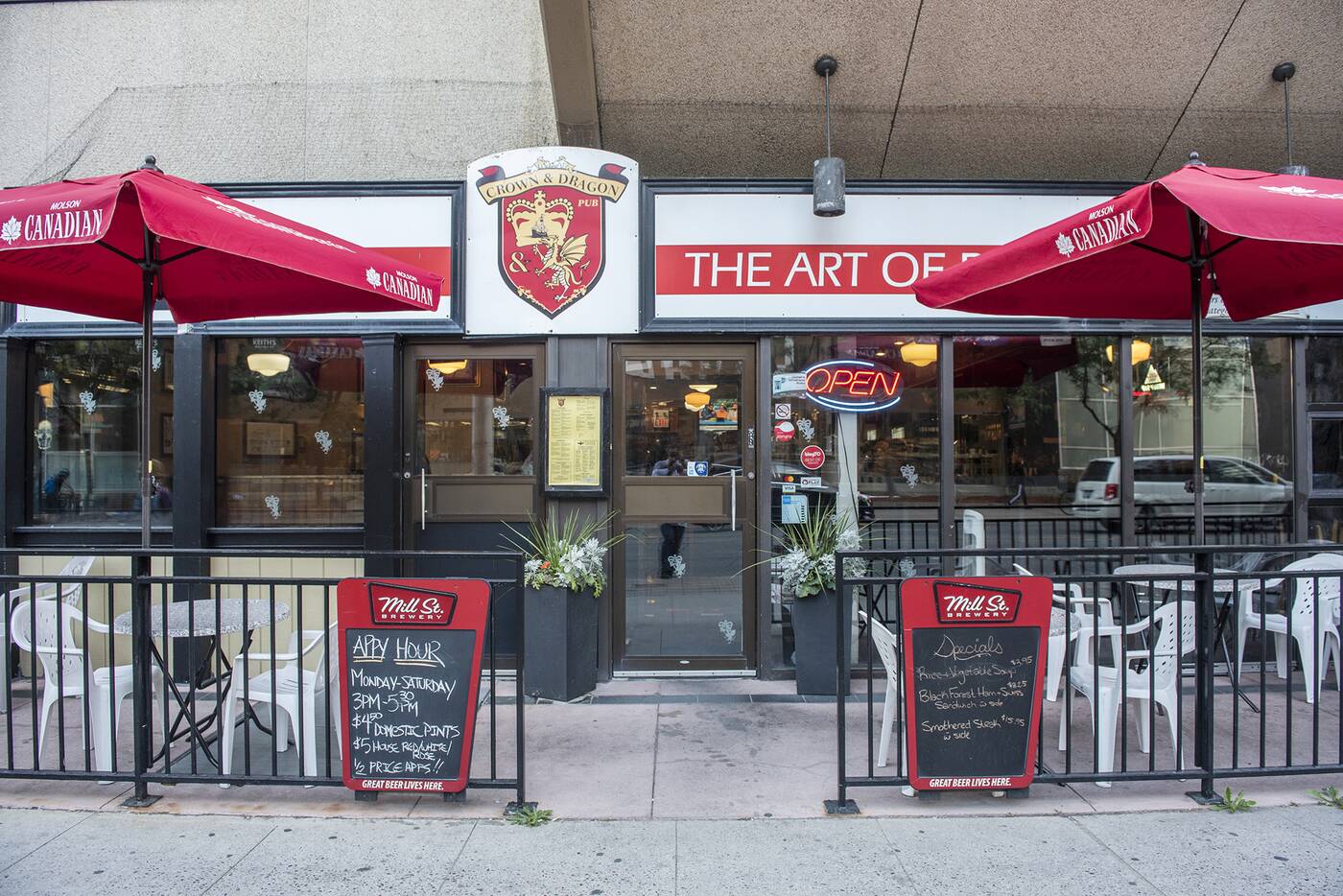