Conzo's is a pizzeria from the team behind Sugo, located just a few doors down.

The restaurant takes up residence in the former Emerson space, also previously operated by the same team. 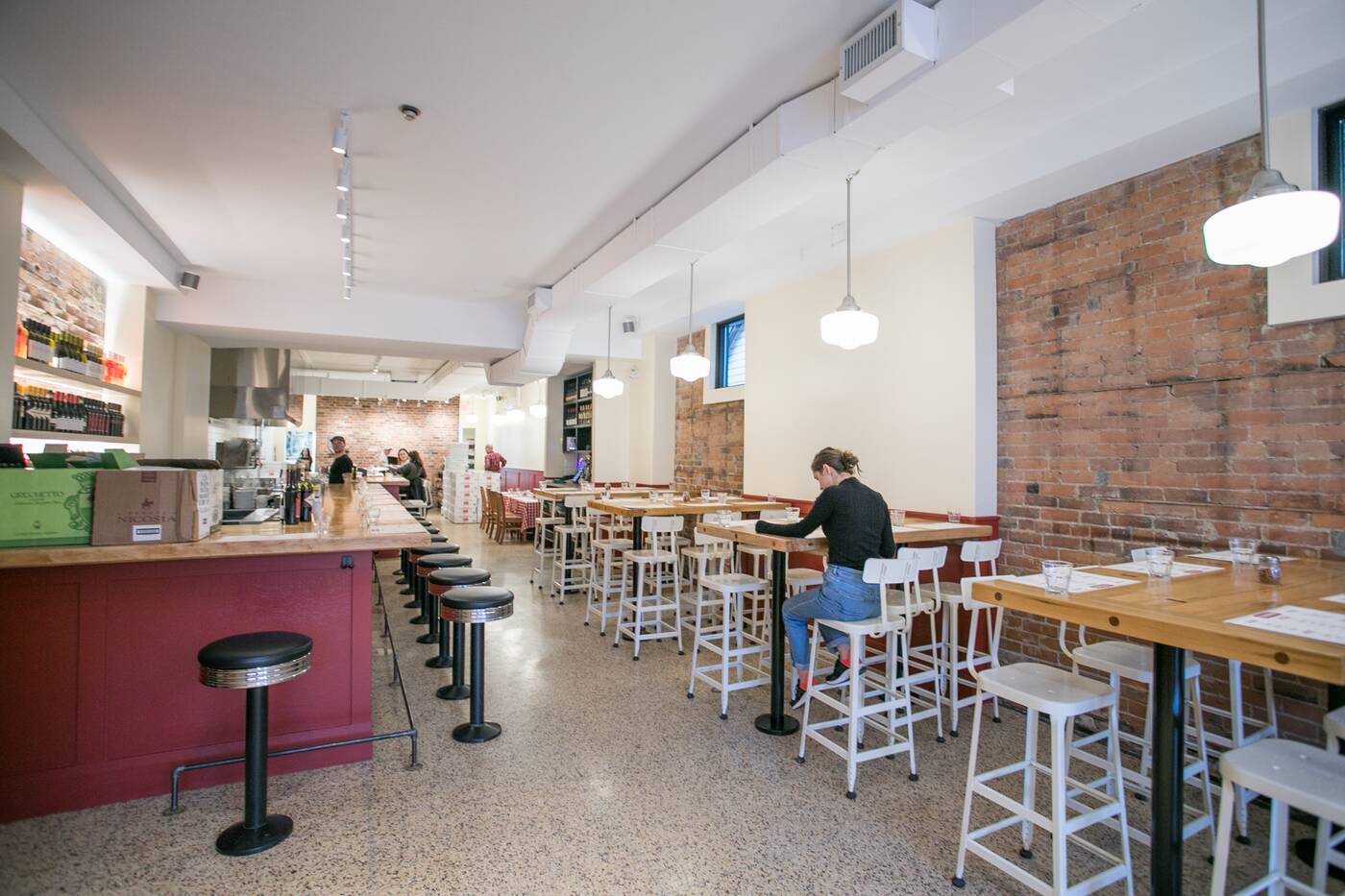 The once darker, tighter interior now has a brighter, more open and grown-up feel, made over in cream and burgundy with checkered tablecloths. 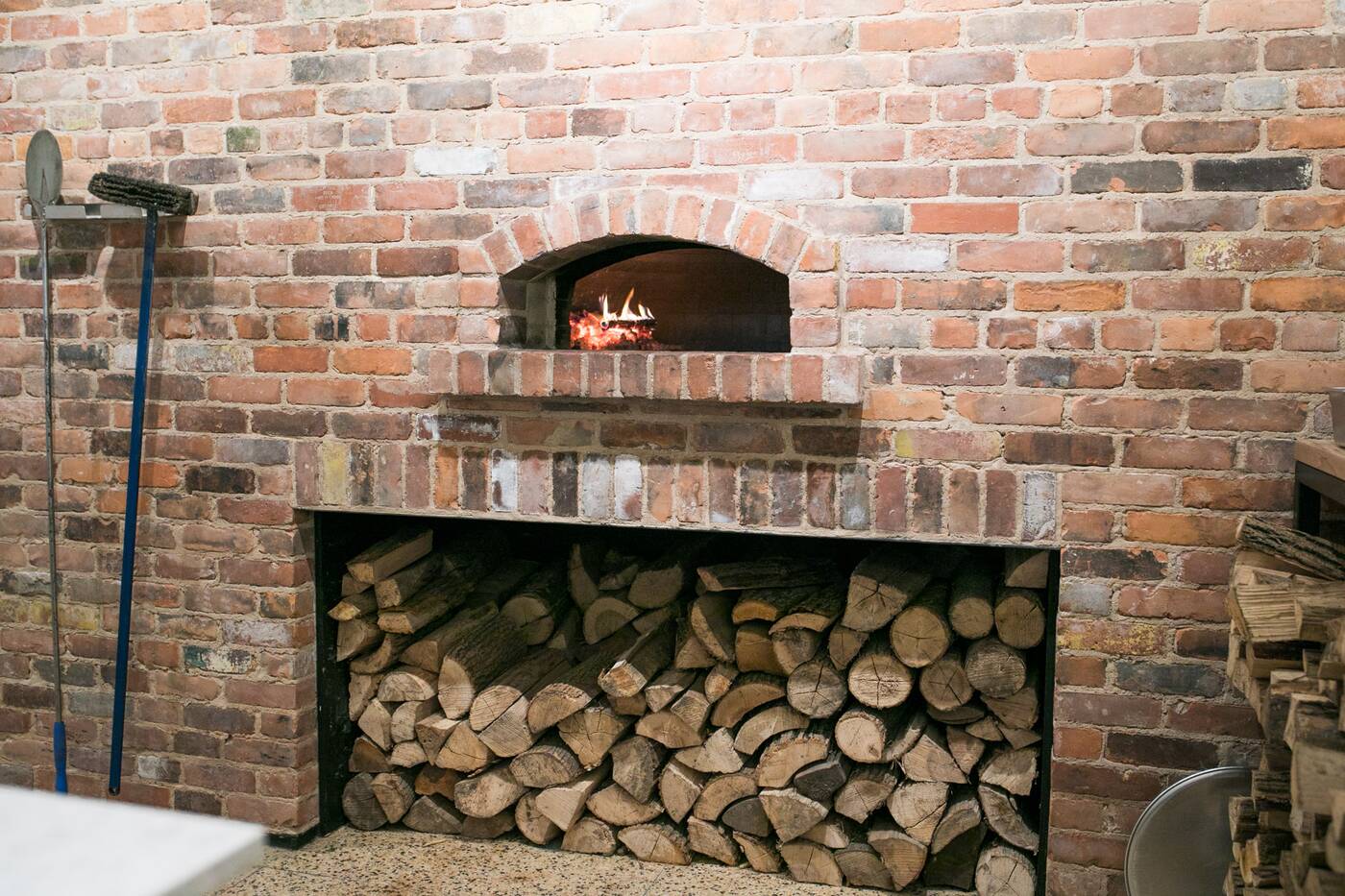 What was once a back dining room is now a commissary space, and a wood-burning pizza oven with a brick facade was installed. 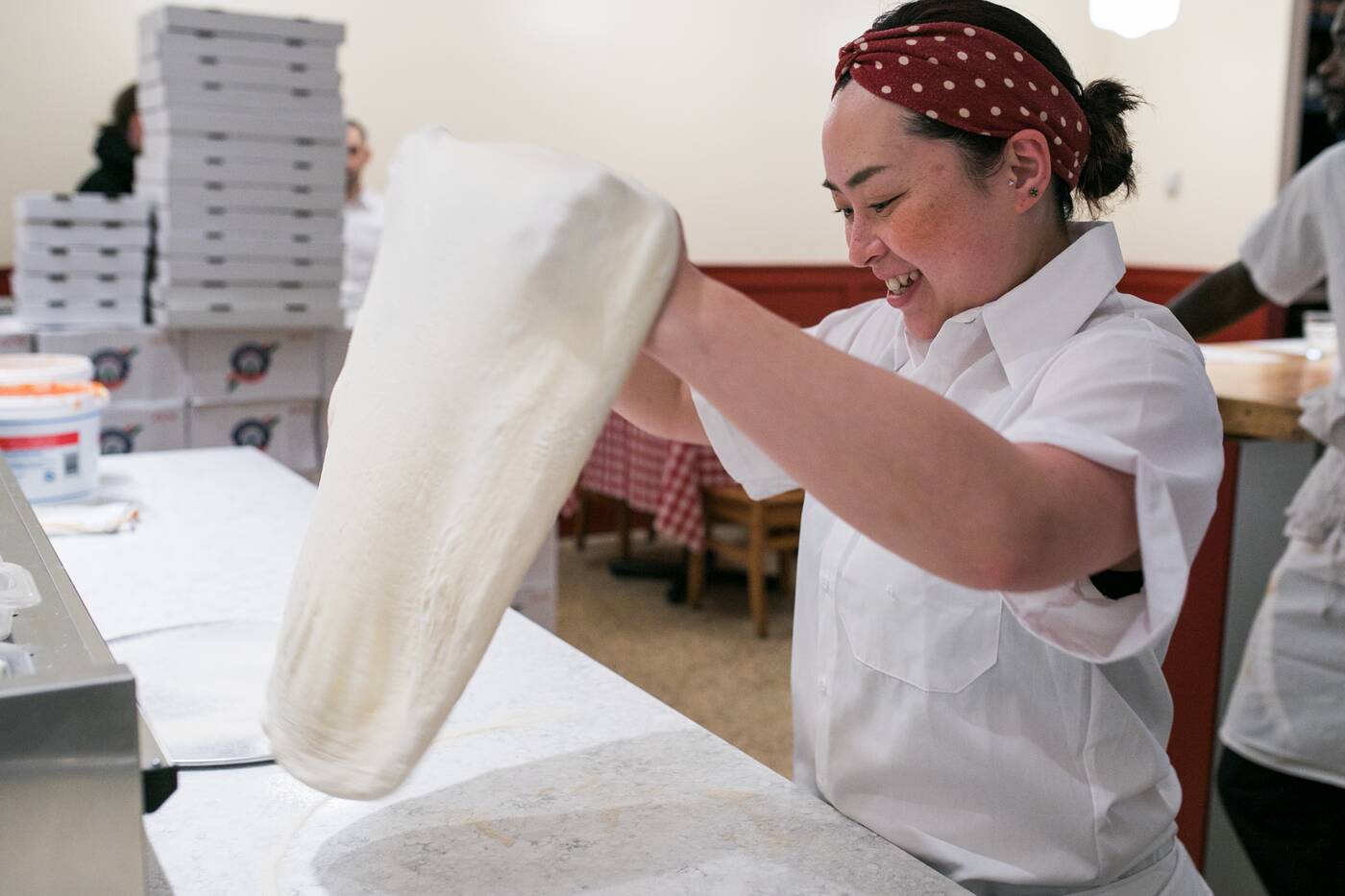 Dough made using flour from Manitoba and active dry yeast gets a 48-hour ferment, all pies fired at 650 degrees. 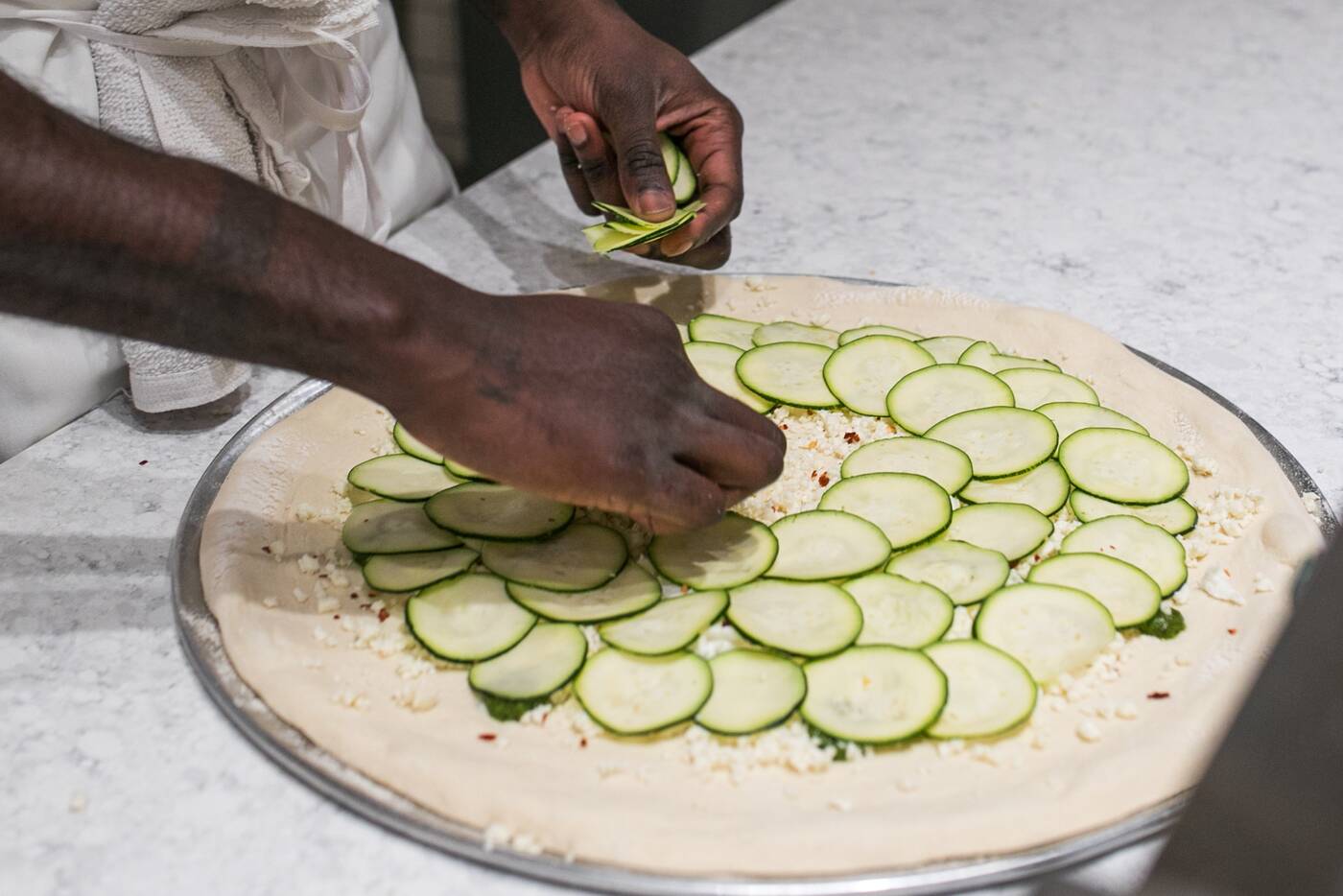 Influences on pizza style range from New York, LA and Detroit to local joints like Fresca, Regina and Gigi. While Conzo's will always continue experiment and make tweaks, their debut pizzas have thick, crackery crusts around the edges with wet, floppy, foldable centres.

Pizzas are $28 and 17 inches across the board, easily enough to split between two or even three people. 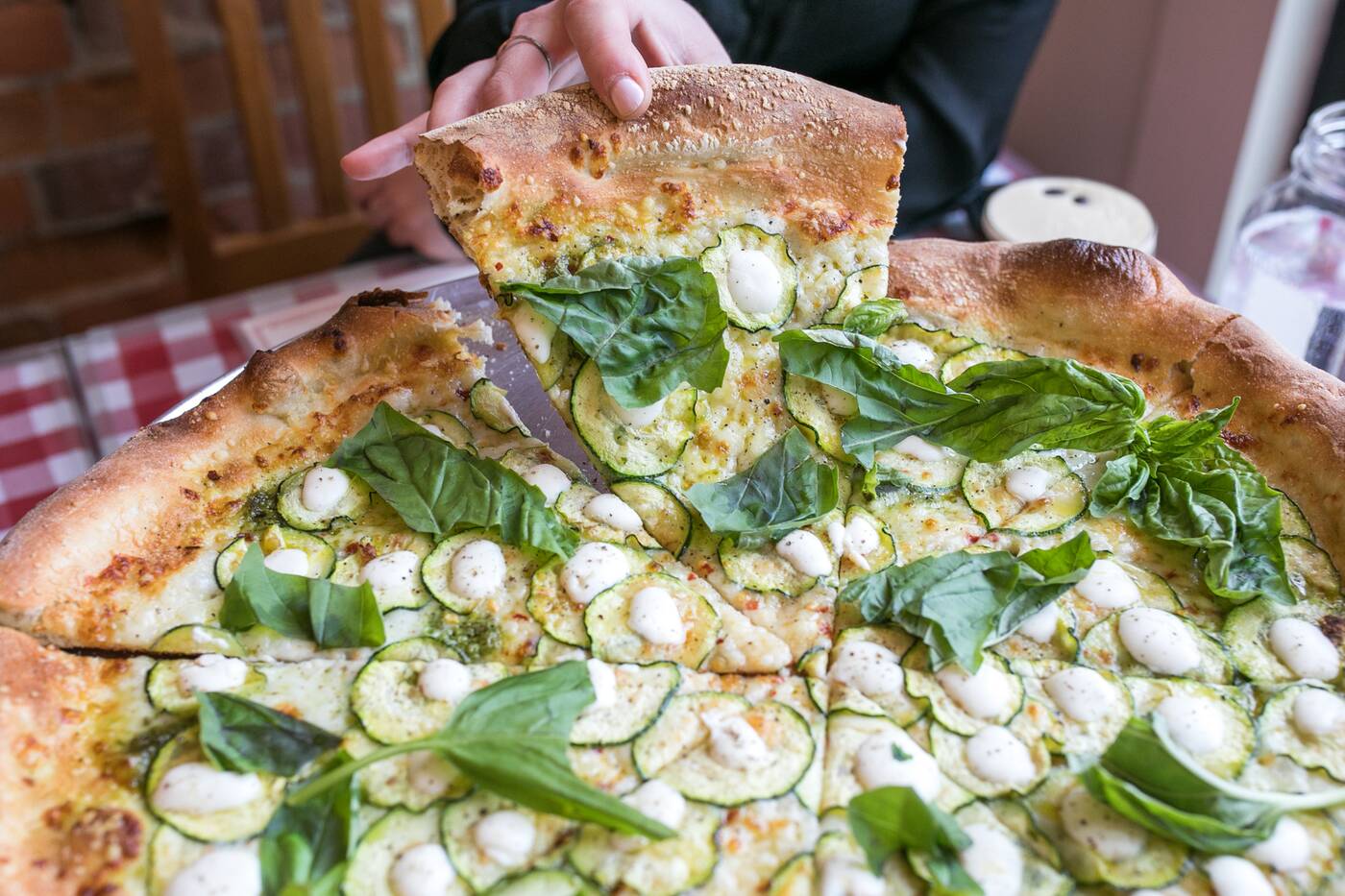 A white zucchini pie is topped with spicy chili, a stellar basil pesto, zucchini and dollops of a creamy mascarpone ricotta blend. Torn fresh basil is the finishing touch for every pie. 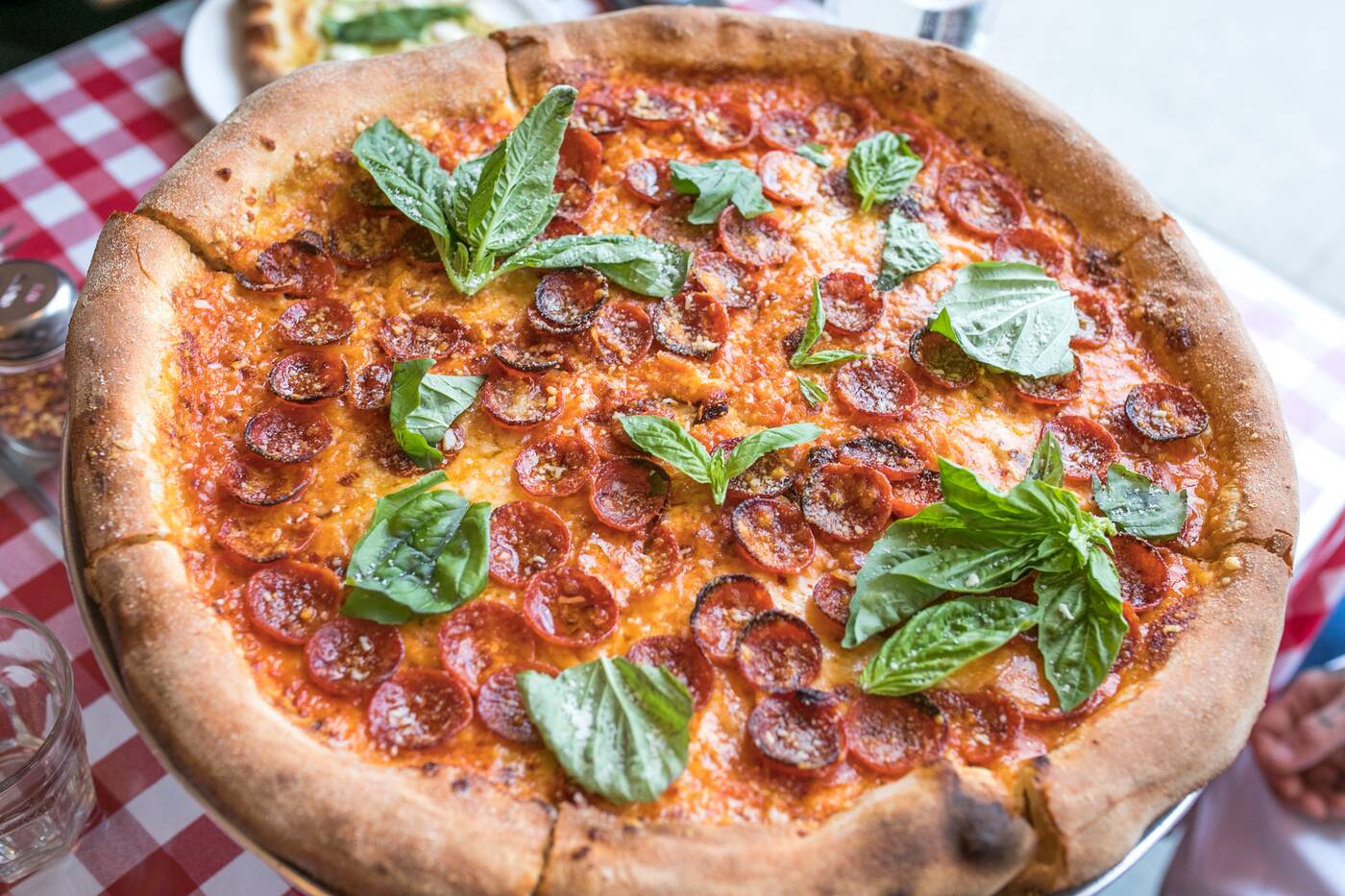 A pepperoni pizza highlights Ezzo pepperoni cupping tiny delicious pools of grease with more zinging chili and more basil. All red pies like this one have base of signature sweet and satiny Sugo, the sauce for which the restaurant next door is named. 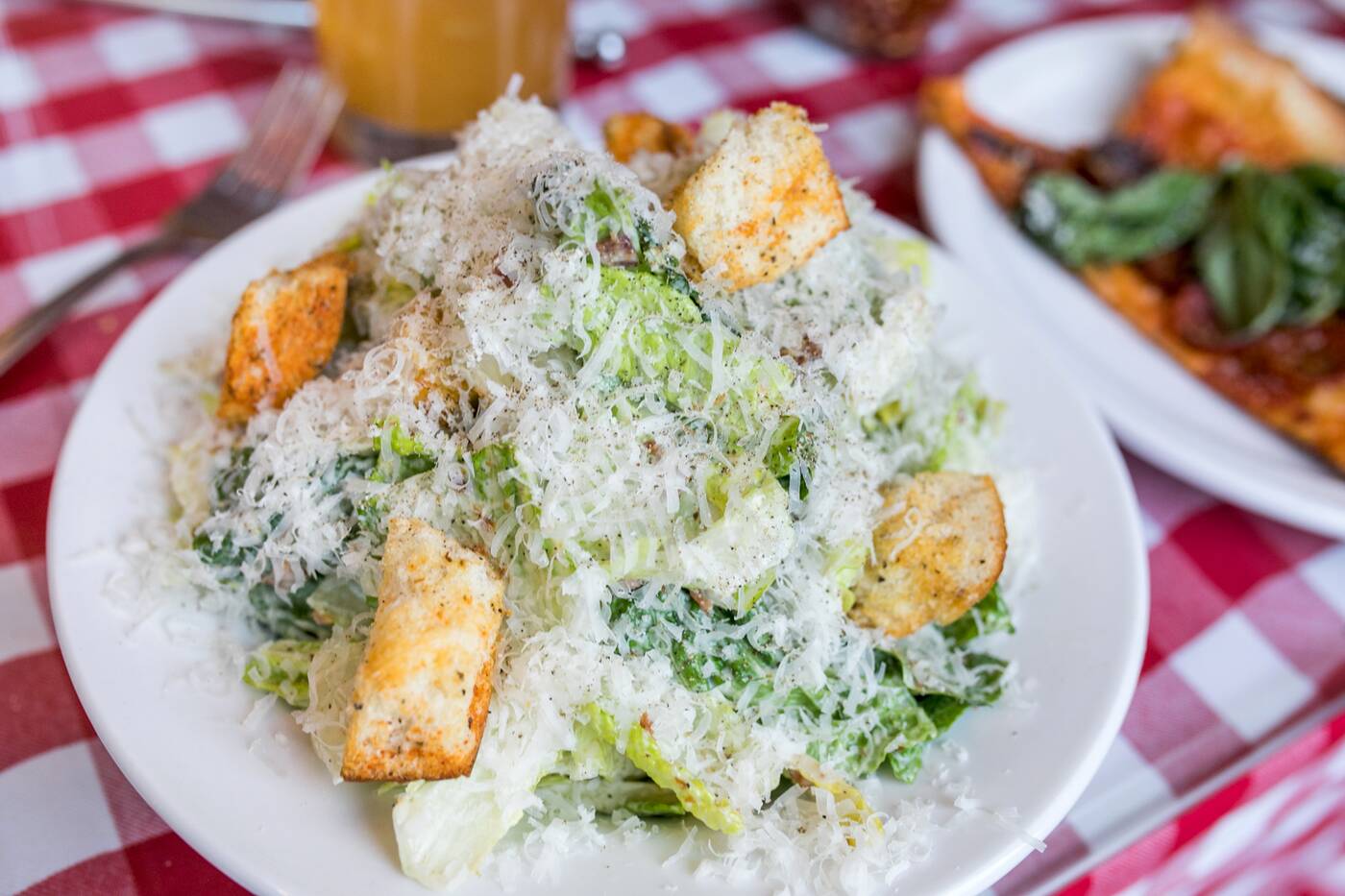 Caesar and arugula salads are both $11, the Caesar heaped with padano, pancetta and huge croutons just like at Sugo. 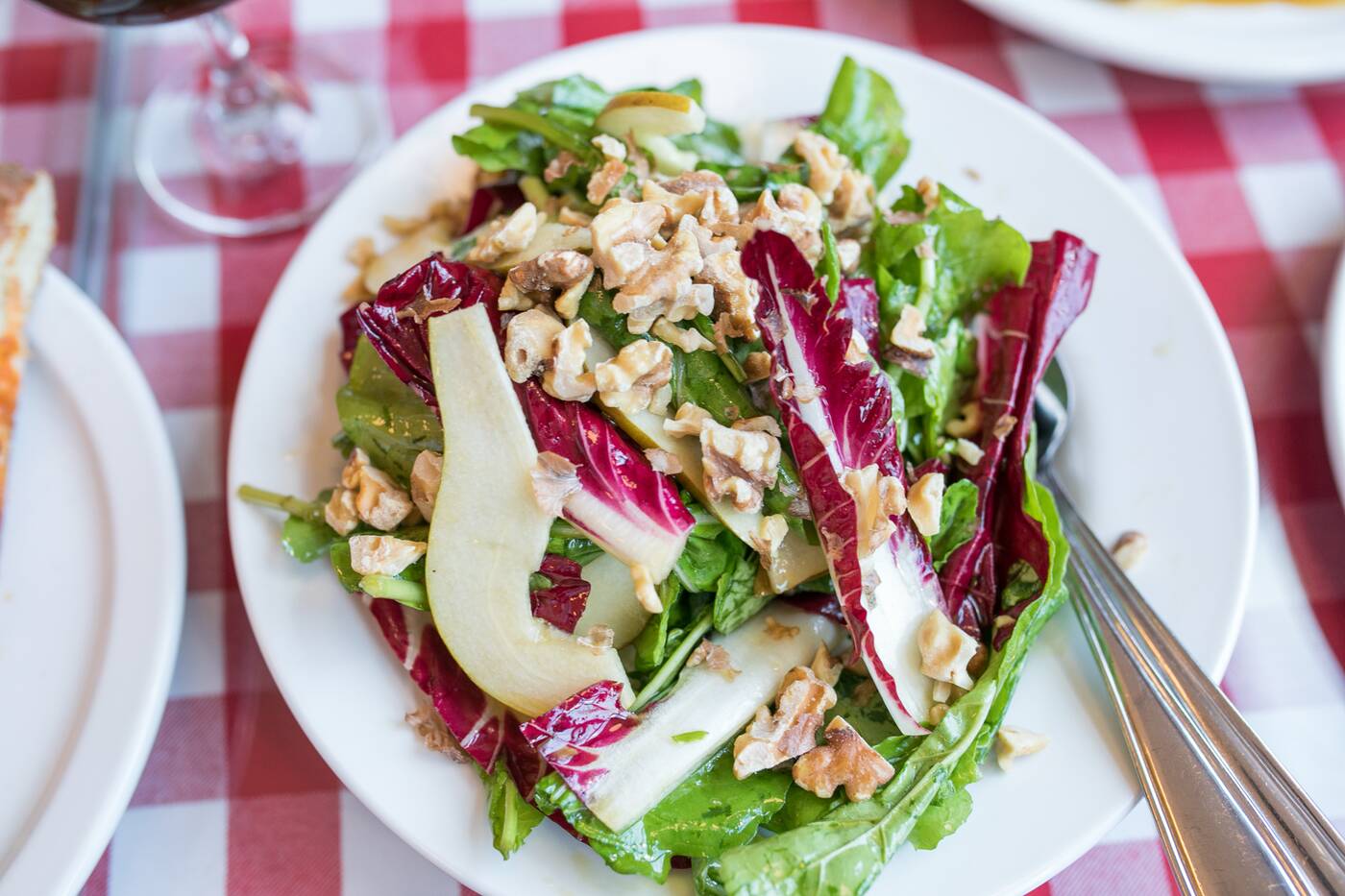 The arugula salad brings together a typical but fresh combination of radicchio, pear and walnut. 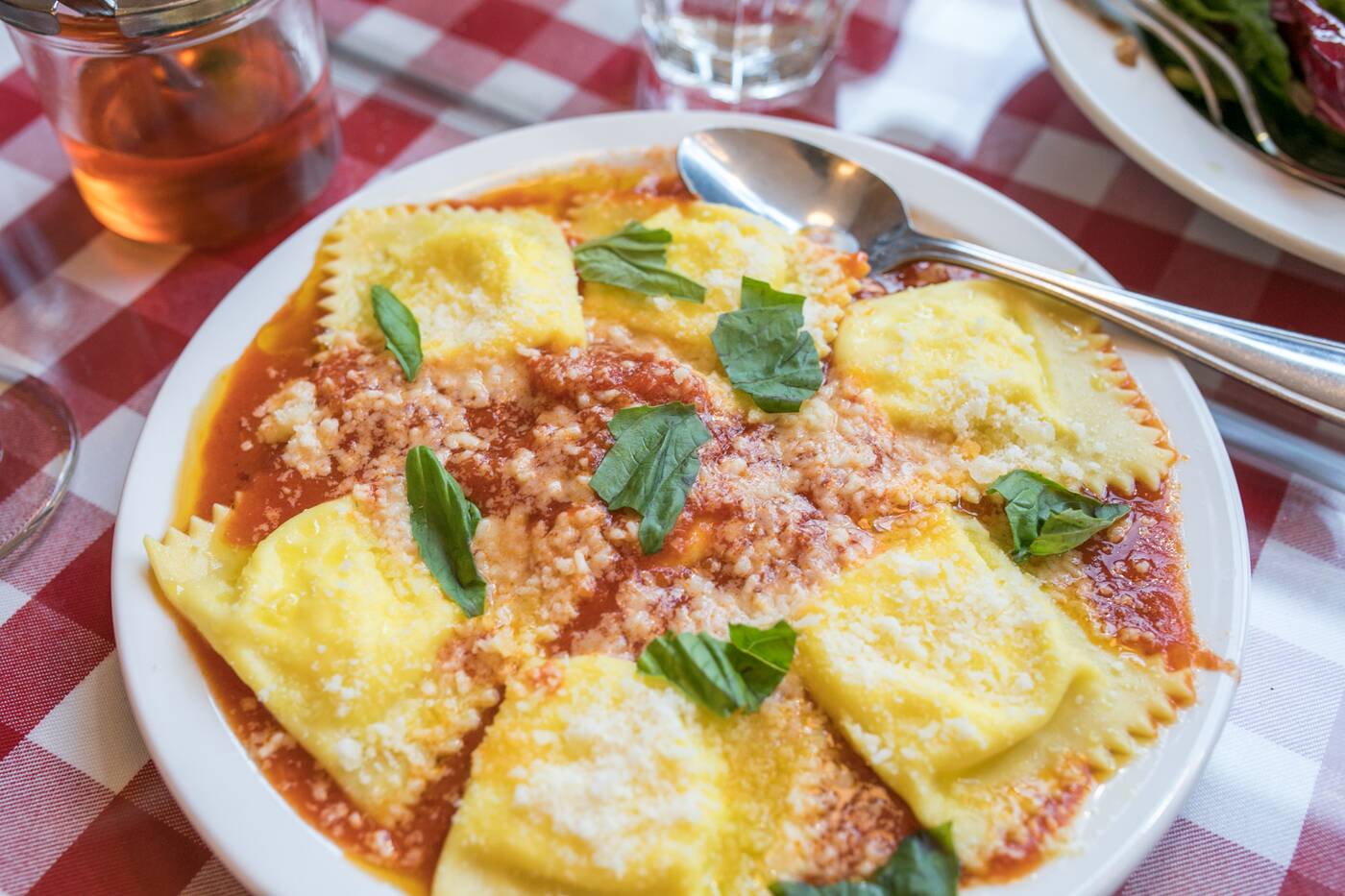 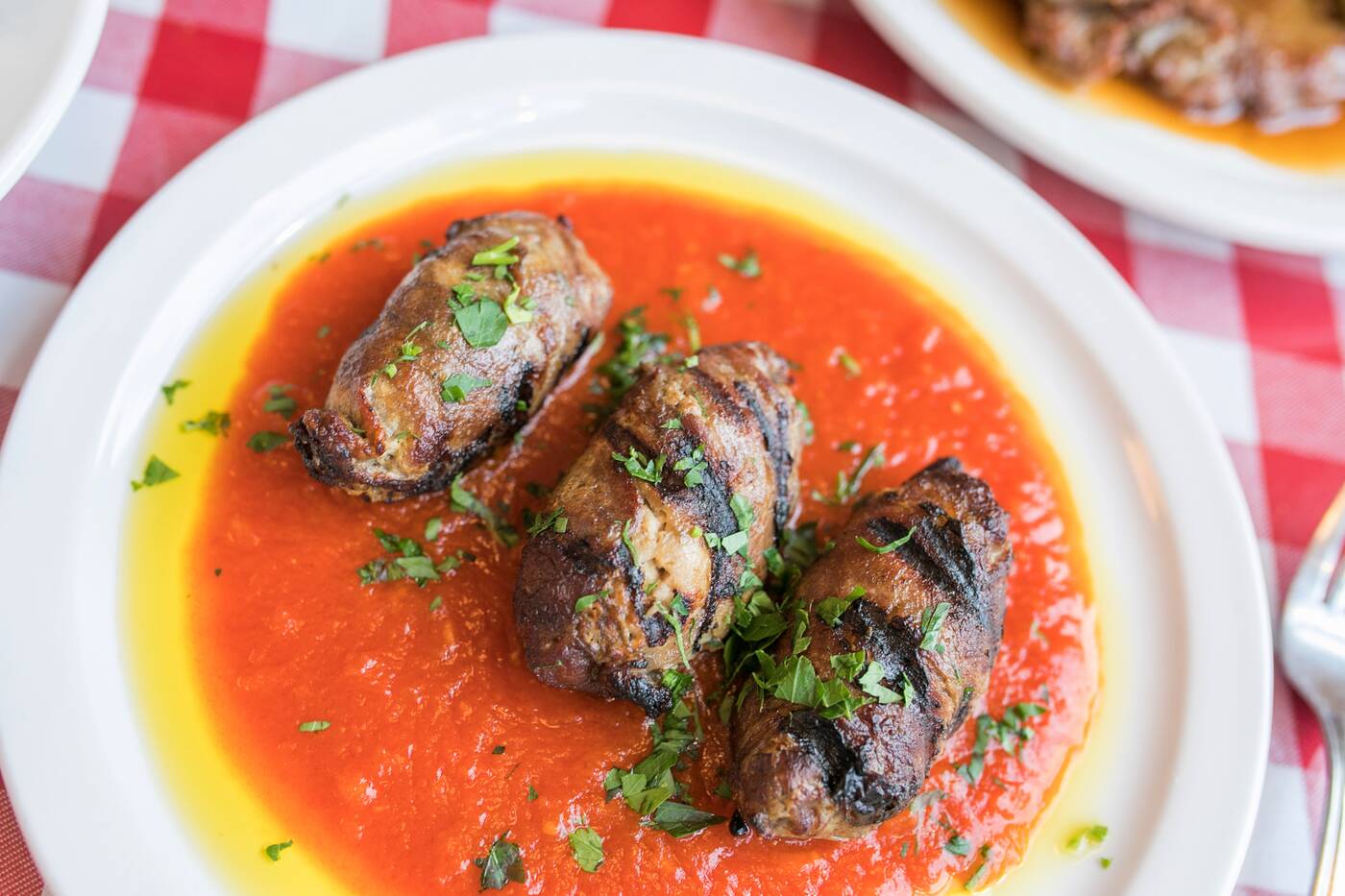 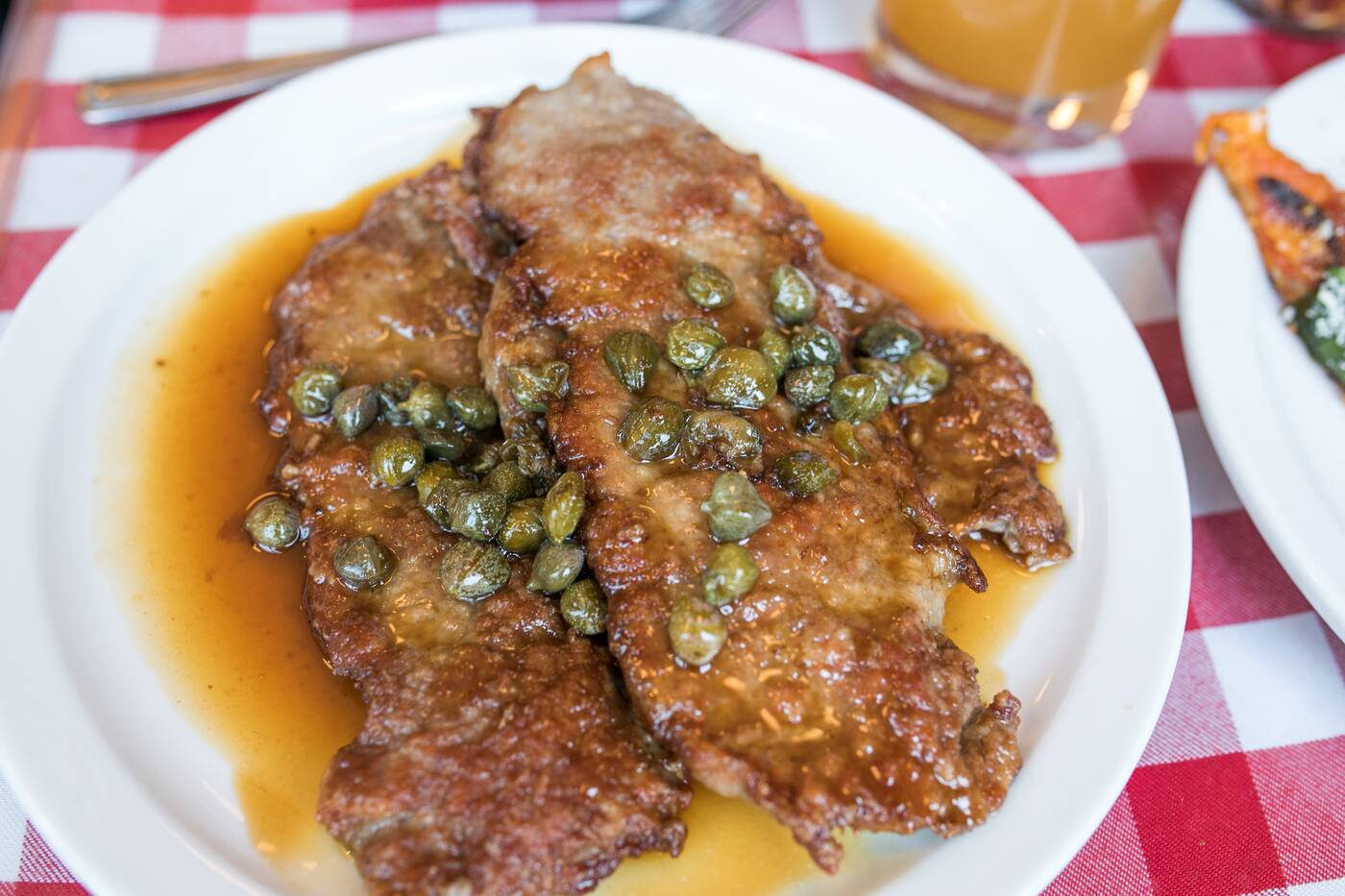 Veal scallopini is made with the same high-quality veal used at Sugo, lightly floured, pan seared, cooked and served with a sauce of drippings, butter, and big salty capers. 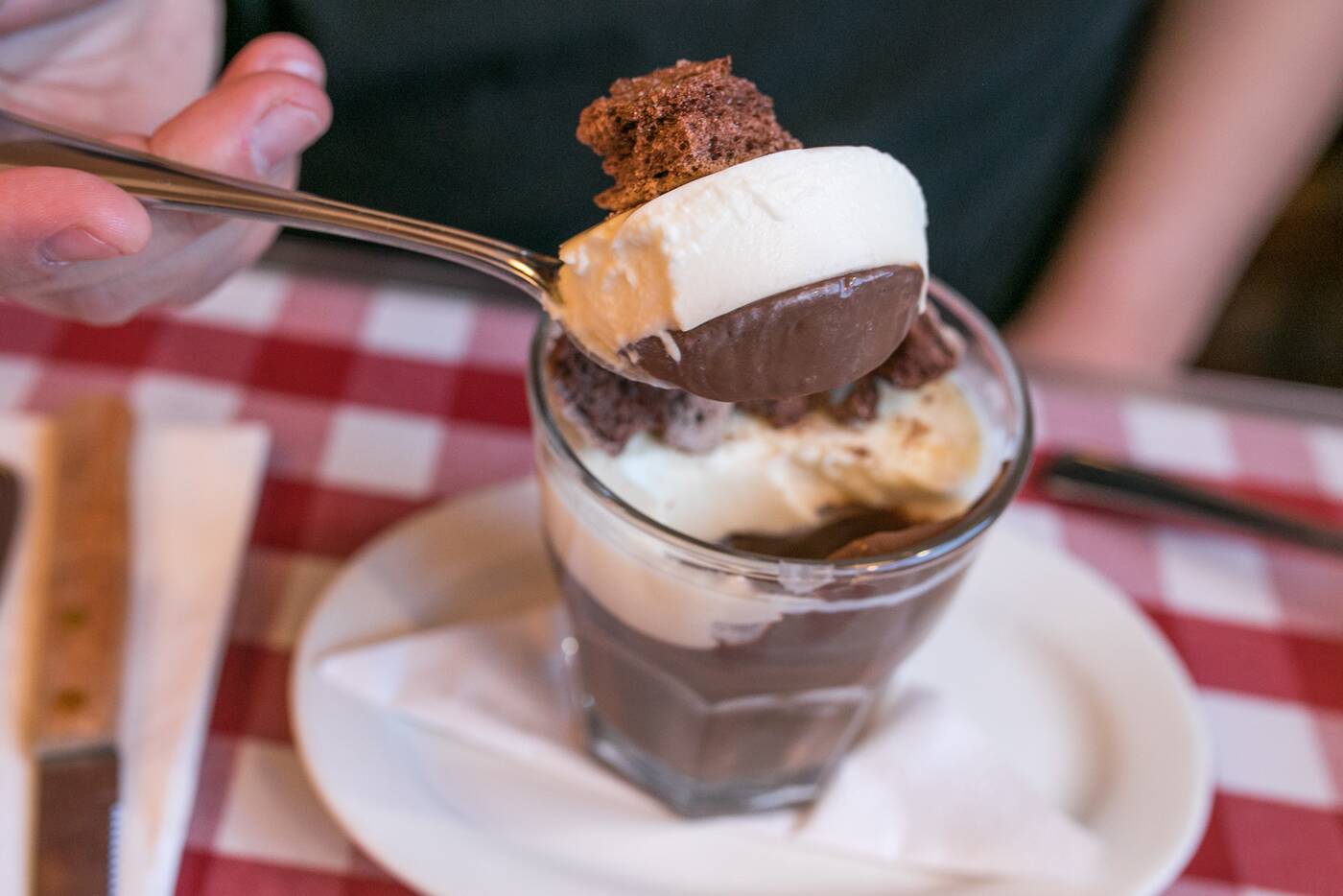 $8 sweets include a rich budino both infused with espresso and topped with airy espresso meringue, which you'll need to stay awake after ingesting all that pizza. 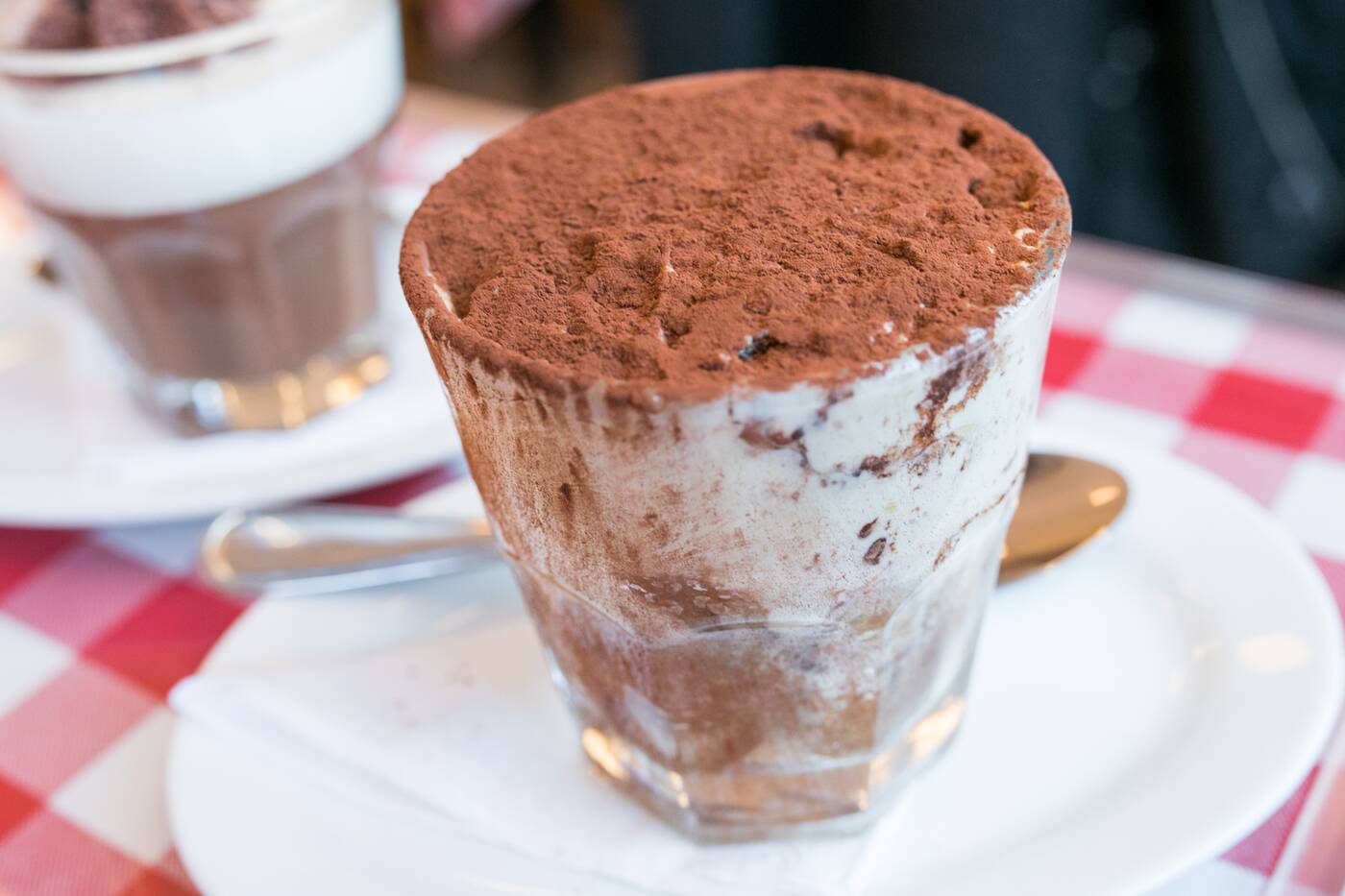 A tiramisu is identical to the one at Sugo, topped with an overload of cocoa powder. 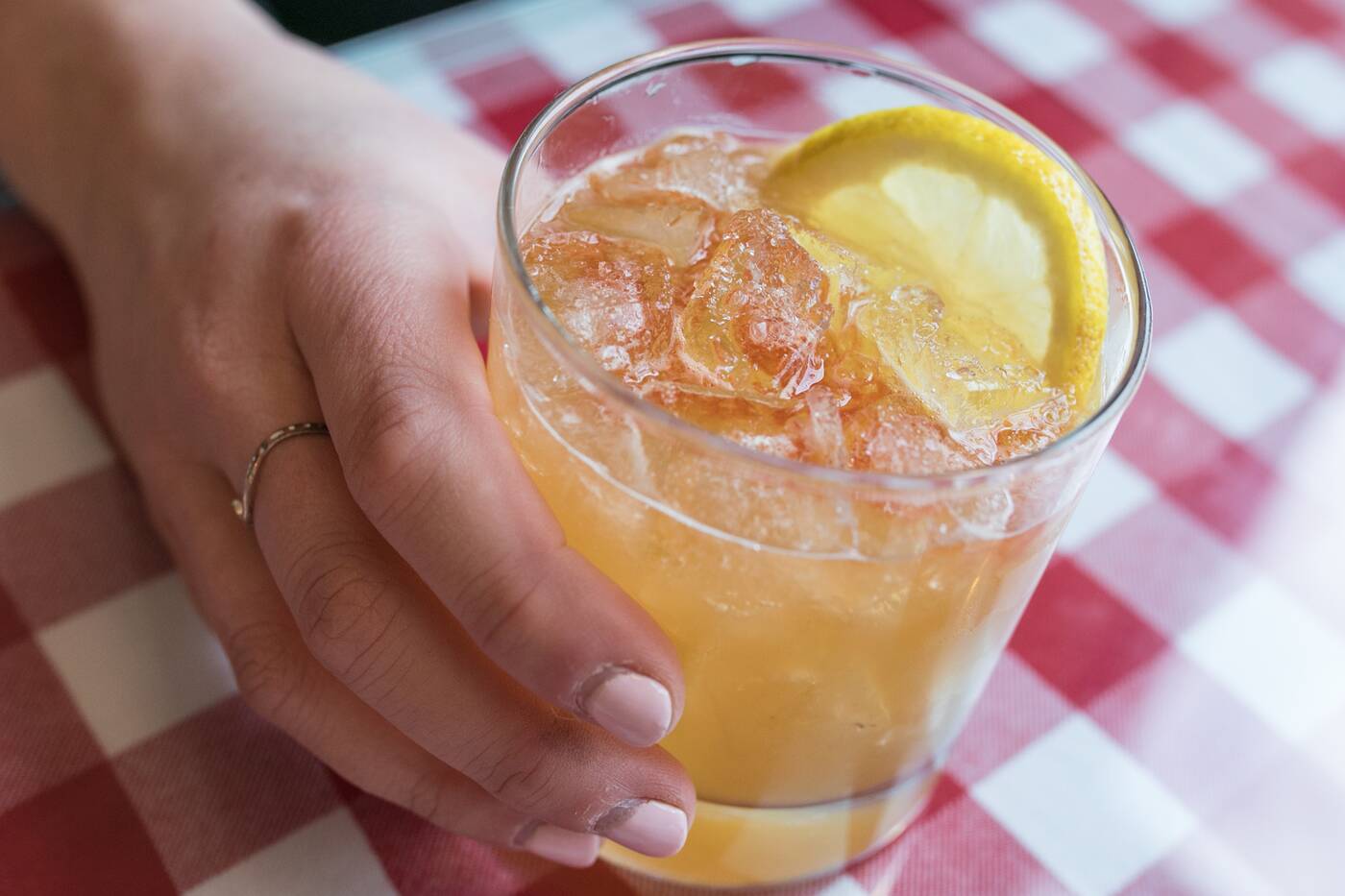 An Amaretto Sour is part of a list of $11 cocktails, a brutally simple combination of amaretto, lemon and bitters. 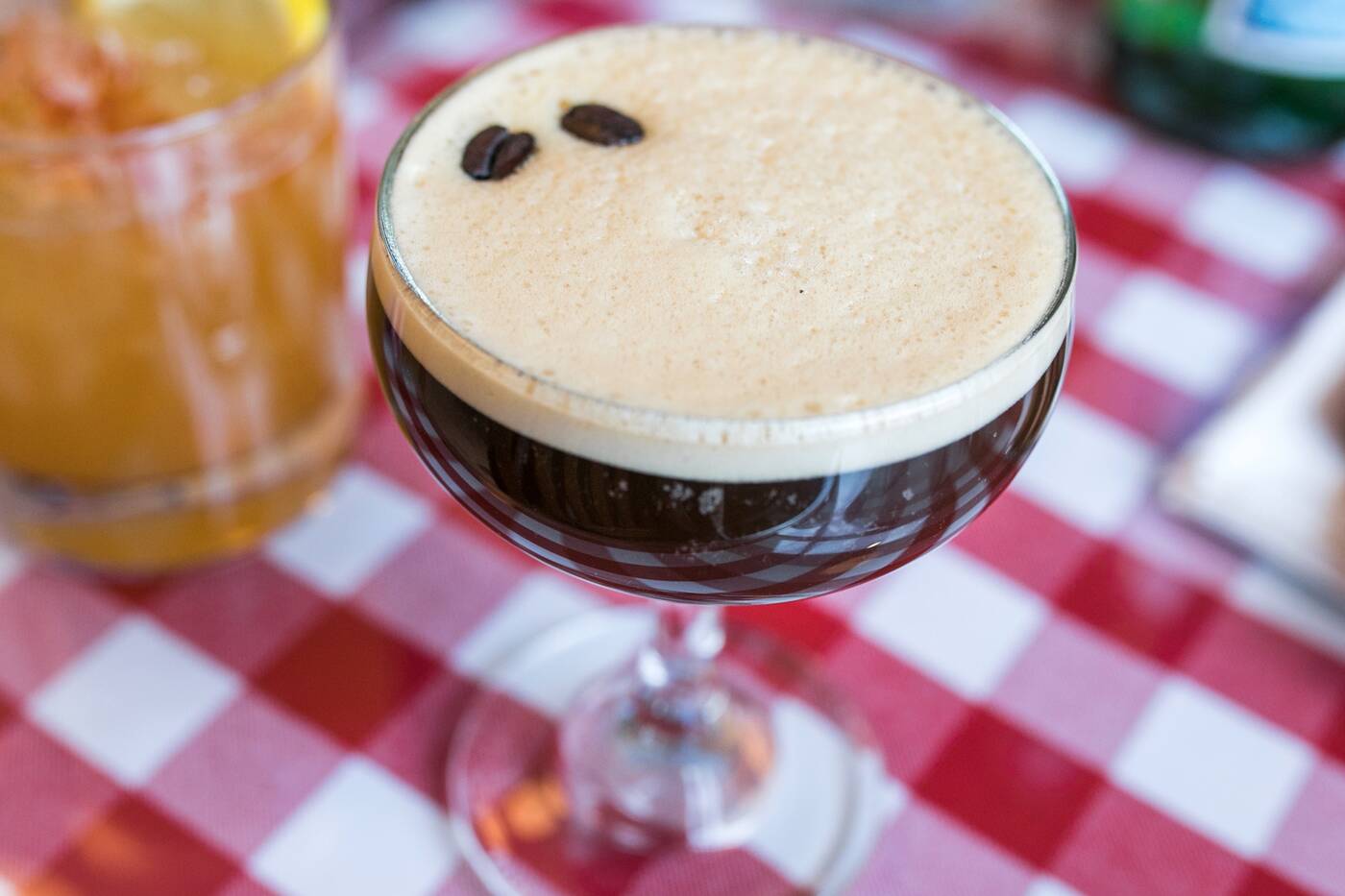 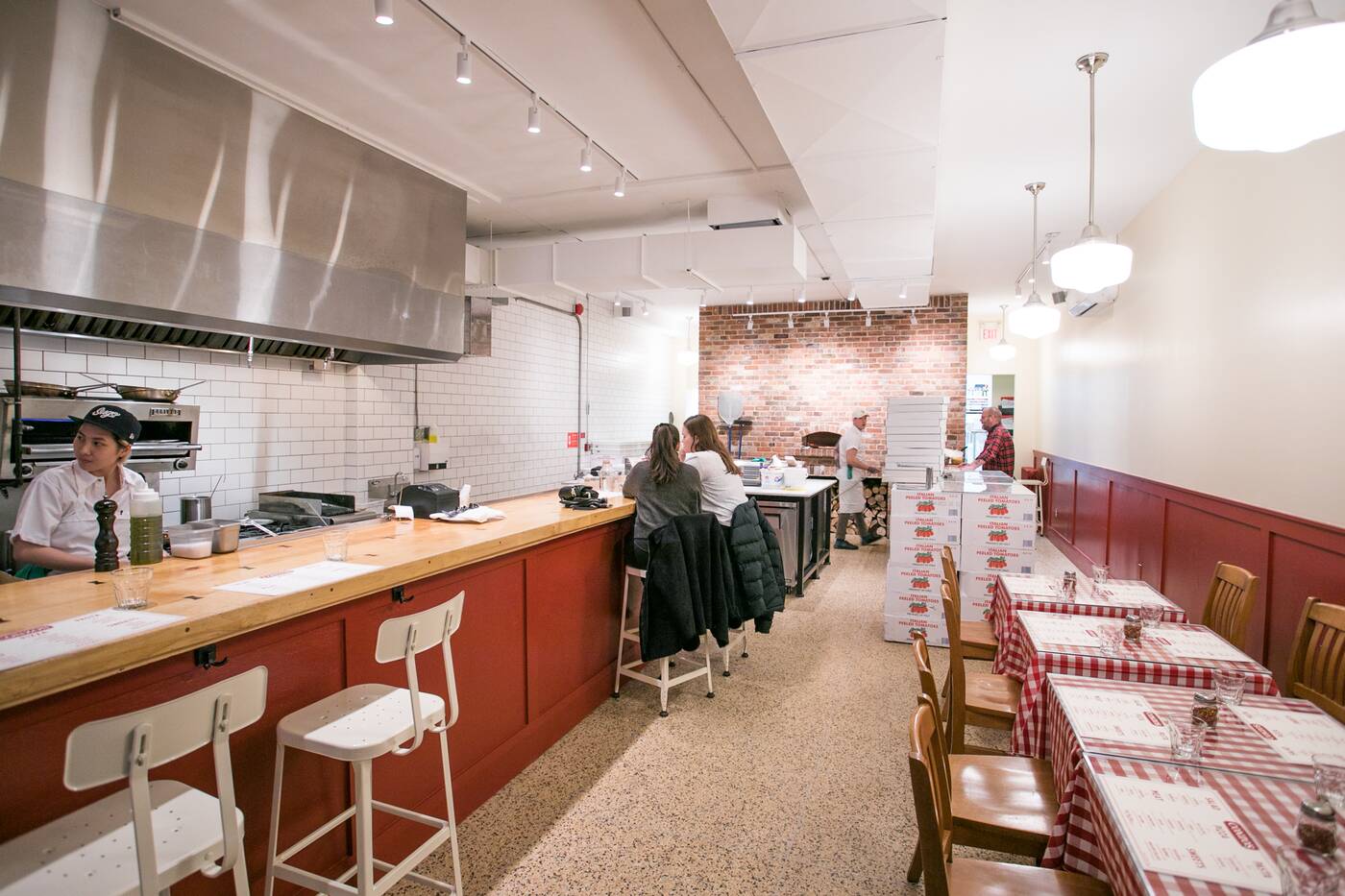 60 seats here are much more accommodating than the few found over at Sugo. 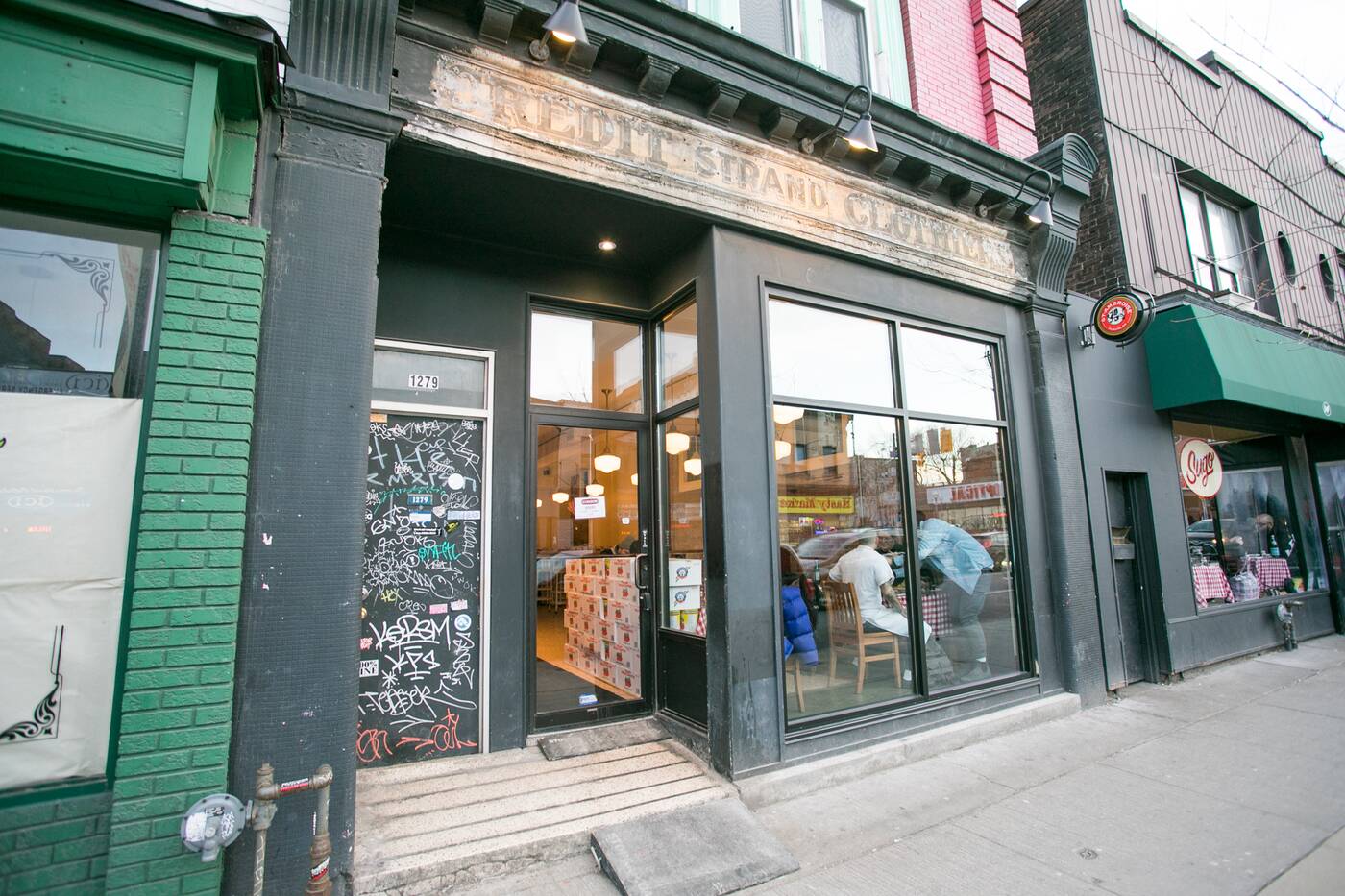