Clara's Gourmet Burgers isn't particularly, um, gourmet, but rather a gussied up version of something you might have eaten in a dimly lit restaurant on a family road trip as a kid.

Burgers are, understandably, the name of the game at Clara's, and the non-burger items on the menu are still of the meat and two pieces of bread variety (which, In the spirit of full disclosure, were not investigated due to general excitement over BURGERS). There are a few more creative options - a pulled pork stuffed burger anyone? - but in the end we decided keep it simple and stick with the more traditional patties.

Each burger ($7.95) comes with its own gourmet toppings, with the customer then able to supplement that from an array of standard burger toppings. We go with the bruschetta (garlic, feta, tomatoes) and Clara (fried egg, bacon, hickory sticks) burgers, though the onion ring burger (chipotle mayo, bacon, onion ring) and stacked (two patties, cheddar and swiss cheese, bacon, mushrooms and onions, $8.95) also look good. 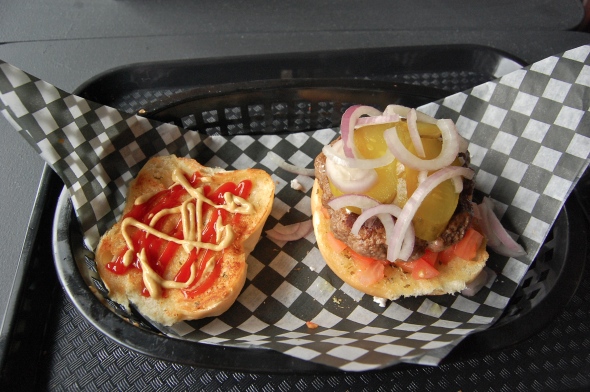 The toppings don't disappoint, which is to say that they appear as described and generally pair well. Hickory sticks are a bit of an odd choice for the Clara, and a fried egg isn't even a bit runny, perhaps out of necessity, but on the whole they're fine. Tomato and feta is a little less interesting, but still decent. 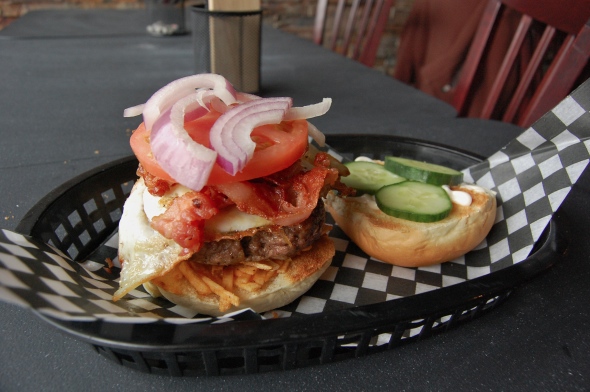 The actual burgers themselves are a bit of a disappointment though: uniform grayish pucks, overcooked despite an earlier declaration that the restaurant cooks its burgers to medium. This may be a one-time transgression and is certainly a correctable one, but even so there really isn't anything "gourmet" about the dryish, peppery meat. The overall result is fine, really - a perfectly average hamburger with good toppings, but nothing to write home about, unless your mom is really lonely. 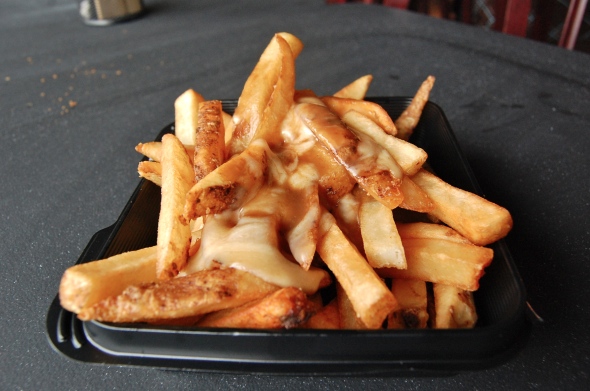 French fries ($2.95) are of the large and puffy variety, fried on the outside and soft/baked potatoe-y on the inside, as opposed to frites or the more rustic cuts you might get at a chip truck. They're a perfectly iteration, but presumably you have a favoured fry variety, so take that into account. Moreover they don't pair particularly well with the poutine ($5.95), as the whole contraption sogs instantly. A relatively small amount of cheese and a slightly acrid gravy don't particularly help matters. Try the much better onion rings ($3.95) instead, which are perfectly crisp with a great batter.

Service during our visit was friendly but not especially efficient. The food took over 20 minutes to arrive, even though we were the only people in the restaurant for the duration of our (off-peak hours) meal. It's sort of antithetical to the notion of fast food, especially given we were outnumbered by employees. A special offering of a free burger with the purchase of a burger, drink and side kept costs down, but it was still a relatively expensive meal, as lunch for two with two burgers (one gratis), two sides and two drinks ran close to $30 with tax (service is of the at the counter variety). 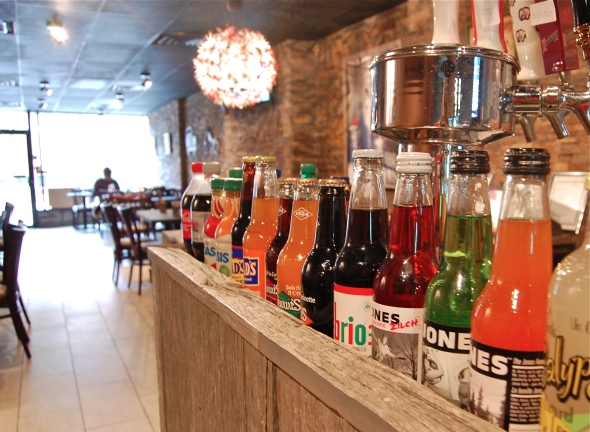 At that price you can do better. A student lunch deal of a burger, drink and fries is a steal though at $4.95, more in line with the quality of the food, and no doubt a popular option given the close proximity to a couple of schools. So students, get yourselves to Clara's. Adults, no rush. 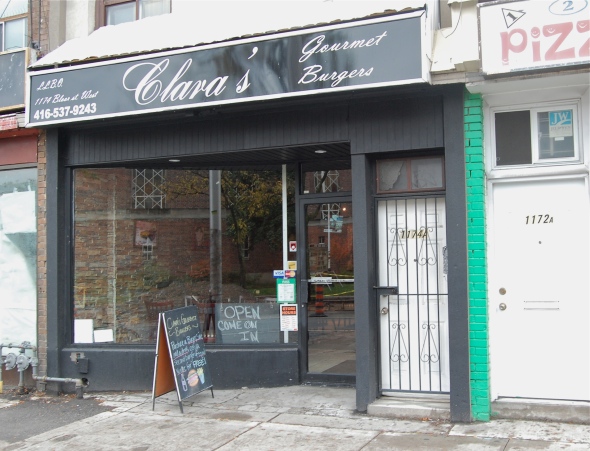