Walking along in Parkdale, I was looking to escape the less-than-sweet sounds of building demolition. Across the street from the freshly pulverized Queen West Car Wash , the Cinnamon Girls Cafe looked like just the place.

This quaint little spot offers fresh coffees, teas, hot chocolate, and juices (all organic) along with baked goods and a lunch menu that leaves me helplessly indecisive and wishing I could lunch here several times a day. 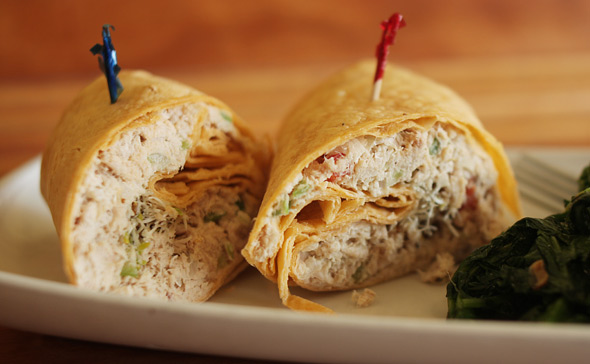 Sitting in the window, the sun pours in over me and I'm marvelling at how much care went into preparing this tuna: small chopped veggies, spices and just enough mayo to keep things light and flavourful. Wrapped in a sundried tomato tortilla, it's a pretty simple lunch but is so often done badly that I can appreciate the attention to detail here. The rapini are also deliciously steamed with with slices of sauteed garlic mixed in. 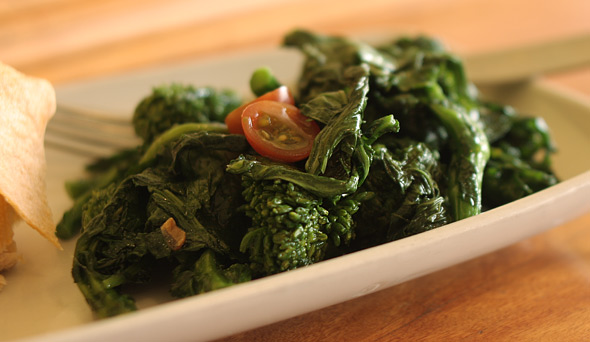 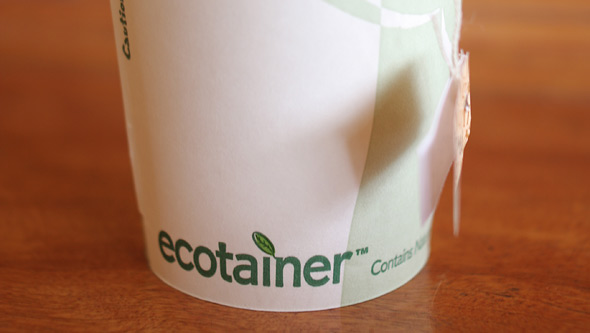 As I sip on my tea, I'm considering dessert, when I see a friend walk by. A quick tap on the window and minutes later, she's enjoying a Cinnamon Girls lunch beside me. 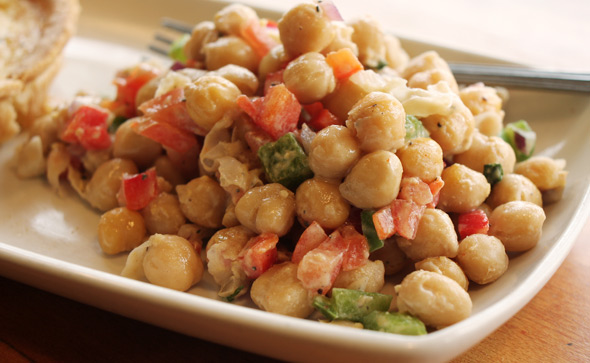 She orders up the Cheddar Spinach Quiche with a side Chick Pea Salad ($5.75) (pictured at the top) and a large coffee ($1.75). I have some of her chick peas, which are prepared similarly to my tuna but with a slightly more curry-ish punch (so good!). 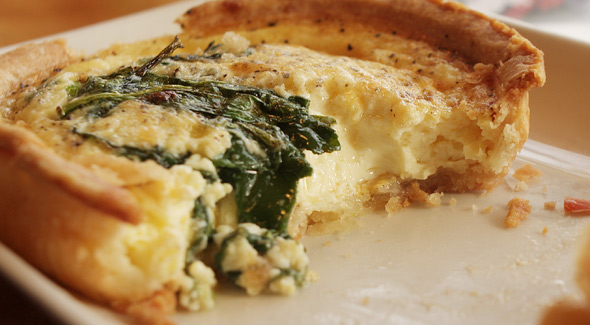 When it comes to the quiche, I don't dare try it... actually, I consider giving her some time alone as she is enjoying it so much.

"This is possibly the best quiche I have ever had," she replies. 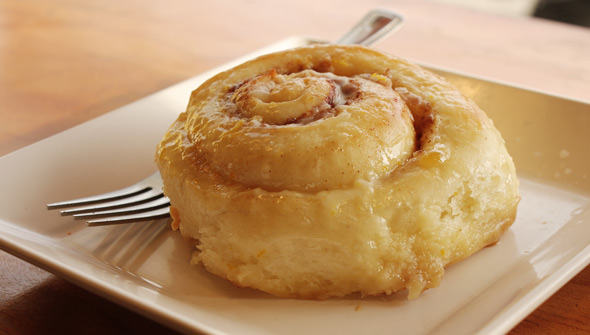 Eager to try something else, we decide to split a namesake Cinnamon bun ($2.30). Again, the balance of flavours and lightness of the ingredients shows off the love that goes into the food here.

The bun is airy and soft in texture while the flavour is subtle - no overpowering cinnamon fumes or pastes like you'd find oozing from commercially bought buns. Furthermore, it's topped with a light and lemony glaze instead of heavy icing. While we chose to split the large pastry between us, it would actually make a really nice solo indulgence.

New tempting specials are posted daily to the cinnamongirls.ca website, making a return visit inevitable. Besides, the competition on this block is stale $6 pre-made sandwiches in the Starbucks fridge, and why would anyone want to do that to themself? 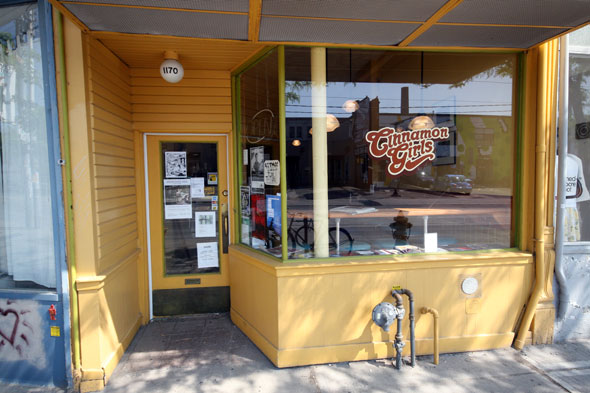