Cibo Wine Bar (Pronounced Chee-bo) on King West is not a resto-lounge or supper club. Supper clubs don't bake their own bread and cure their own meats in house, and supper clubs are not awarded with a Marchio Ospitalita Italiana by the Italian government for authenticity.

The 200-seat space is located in a historic building formerly home to the short-lived Alimento Fine Food Emporium . It's owned by Nick Di Donato of Liberty Entertainment Group , the same people behind Spice Route , Ciao Wine Bar and Rosewater . But his latest venture feels different. The food here is more serious. And so is Chef Saverio Macri, a Calabrese Canadian who was trained in the U.S. and lived in Italy and Spain for nearly a year before returning home. 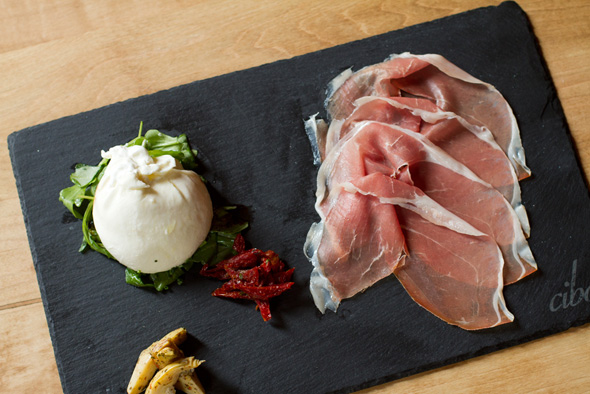 We start with the Burrata ($18). This is not the faux version made in Ontario, but the real deal, flown in once a week from southern Italy. If anything, come for the Burrata alone and thank whichever God you believe in as fresh cream begins to flow out of this volcano of deliciousness. 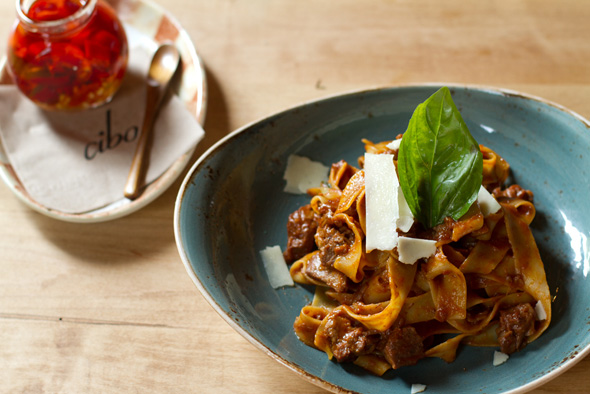 We would be fools not to order a pasta dish since all noodles are made in house by specialty pasta maker Franca Mauro. We opt for the Lamb Pappardelle ($19), which is braised for 12 hours in a rich ragu sauce and topped with generous shavings of fresh pecorino cheese. Even though one of us isn't usually crazy about lamb we still enjoye this dish since it was the furthest thing from gamey.

Everyone and their Neapolitan mother are doing wood oven pizza these days. But it's rare for a place that doesn't specialize in pizza to do it better than the usual name-dropped places around town. I'm a sucker for a classic Margherita but I was told to try the Gorgonzola ($17) instead, which is made with imported Italian Gorgonzola, walnuts, pears and drizzled with just the right amount of honey.

The flavours are mind blowing and the sharpness of the cheese works wonders with the sweetness of the honey. But it's not the toppings that steal the show; it's the fluffy texture of the perfectly charred crust. 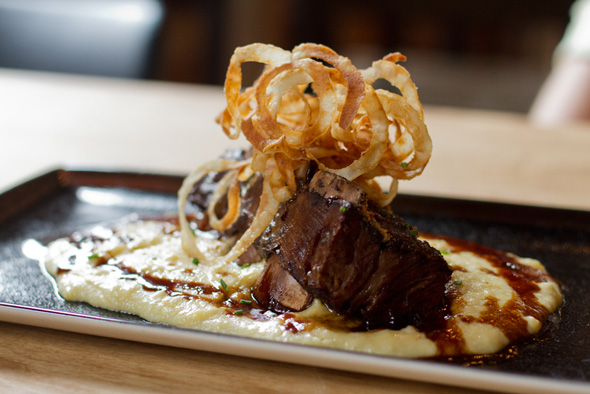 Next comes the Chianti Braised Short Ribs ($34). Make no mistake about it; this dish is heavy but it's also fall off the bone tender. As if that isn't enough, the short ribs sit atop a luscious bed of polenta mixed with that same sharp Gorgonzola. Perhaps the cheese stole a bit of the thunder, but I'd still take this over bland and lifeless polenta any day. 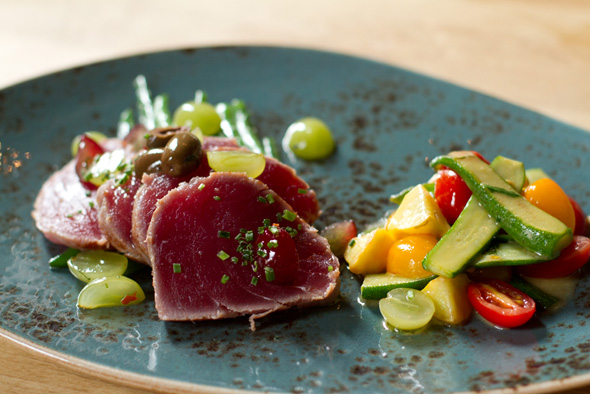 We then decide to give our waistline a break and dove fork first into the light and cheerful Ahi Tuna (Market price). The rare tuna certainly melts in our mouth, but what really impresses is the freshness of the green beans and summer squash.

To drink? Wine. There are literally 2400 bottles to choose from with 70% from Italy, and the rest ranging from Ontario to Spain. 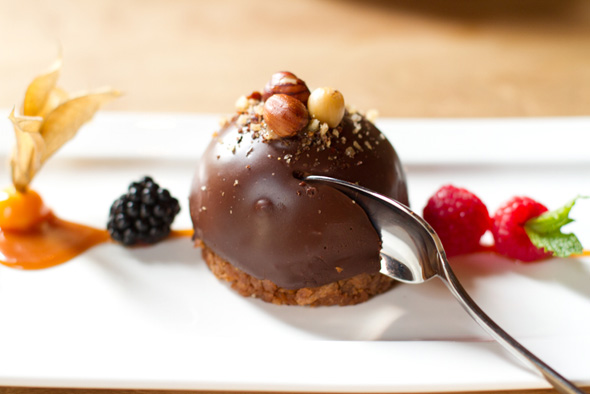 For dessert we try Cibo's take on the famous Baci chocolate. Their oversized version ($9) is a labour intensive dessert made with hazelnut puree and praline, then filled with a velvety chocolate mousse. The end result is something that actually tastes like a Baci, yet more elegant. And seeing as this dessert is on the rich side, it worked out well that there were two of us to share it.