Chotto Matte is a Peruvian- and Japanese-inspired restaurant with international locations in London, Miami and now Toronto.

A menu of Nikkei sharing plates that represents a fusion and evolution of Peruvian-Japanese fare is best experienced by choosing from one of several tasting menus, including a fully vegetarian option. 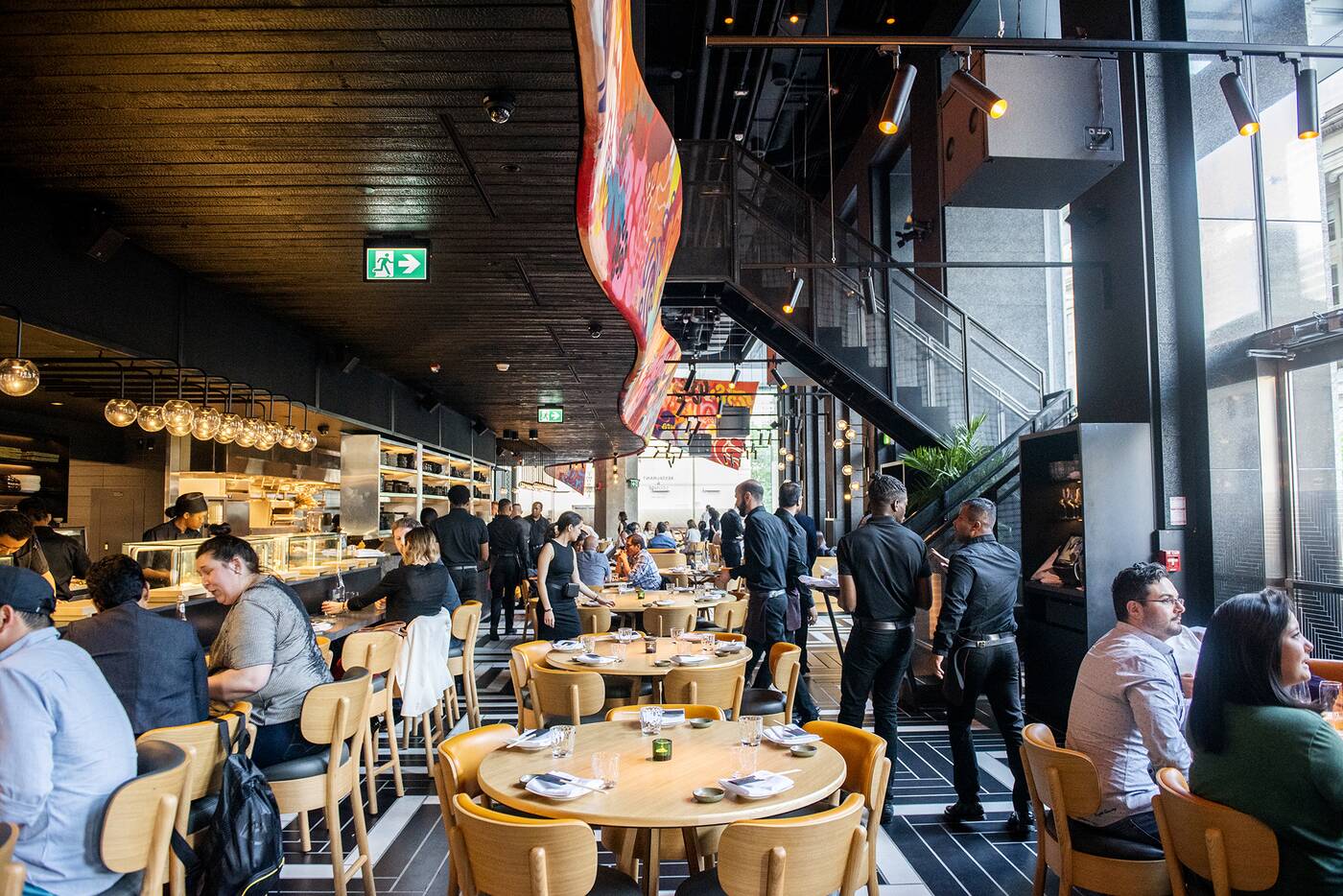 The 10,000-square-foot restaurant — seating 220 with a total capacity of about 425 — is designed by Andy Martin Architecture and inspired by urban Tokyo, sophisticated sweeping shapes covered in graffiti-like patterning. An open kitchen encompasses a Robata grill counter and sushi bar. 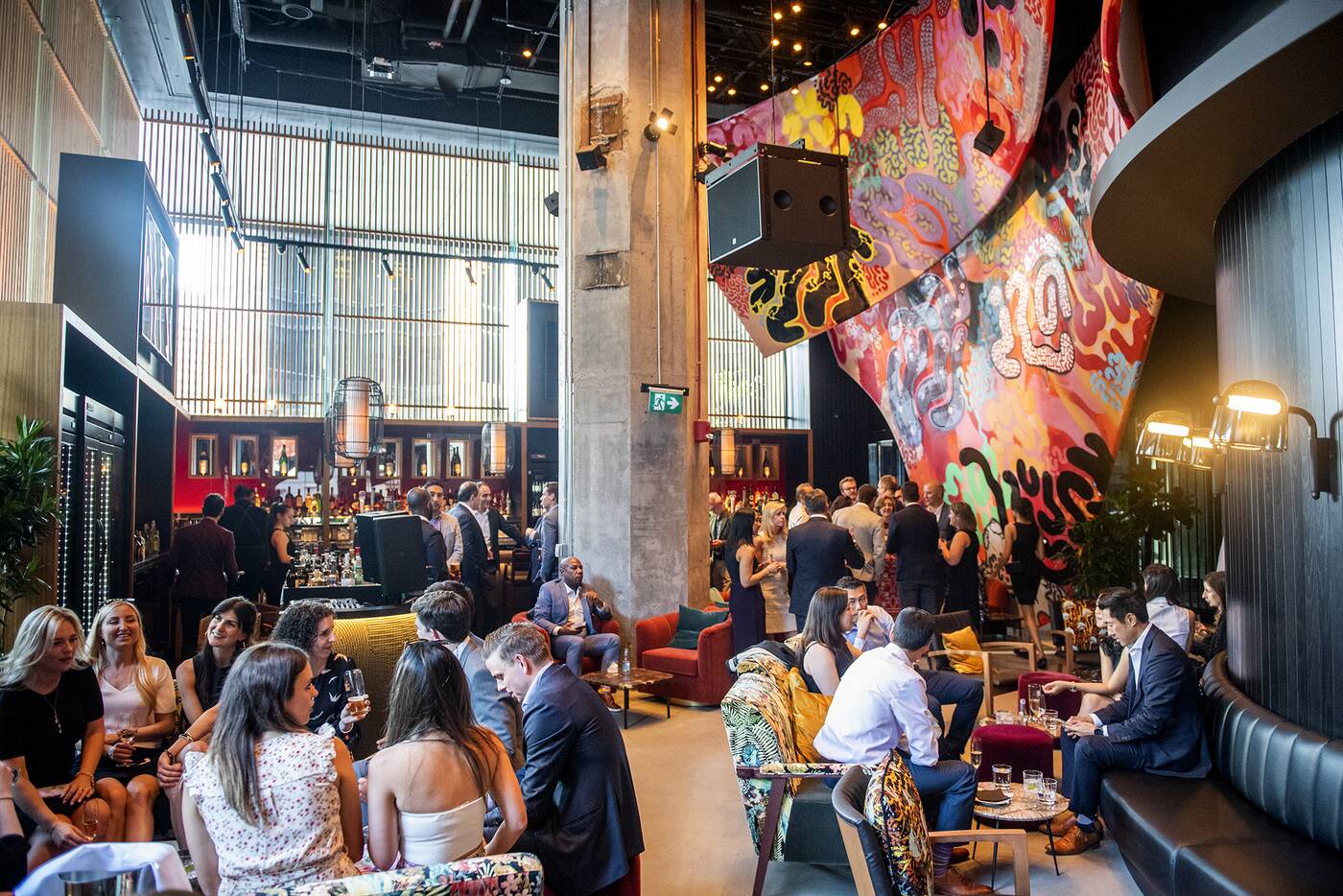 Home to Chotto Matte’s first ever cocktail lounge AkACHAN (translating to “baby” in Japanese) with nightly DJs, there’s also supposed to be a 150-seat heated terrace outside here. 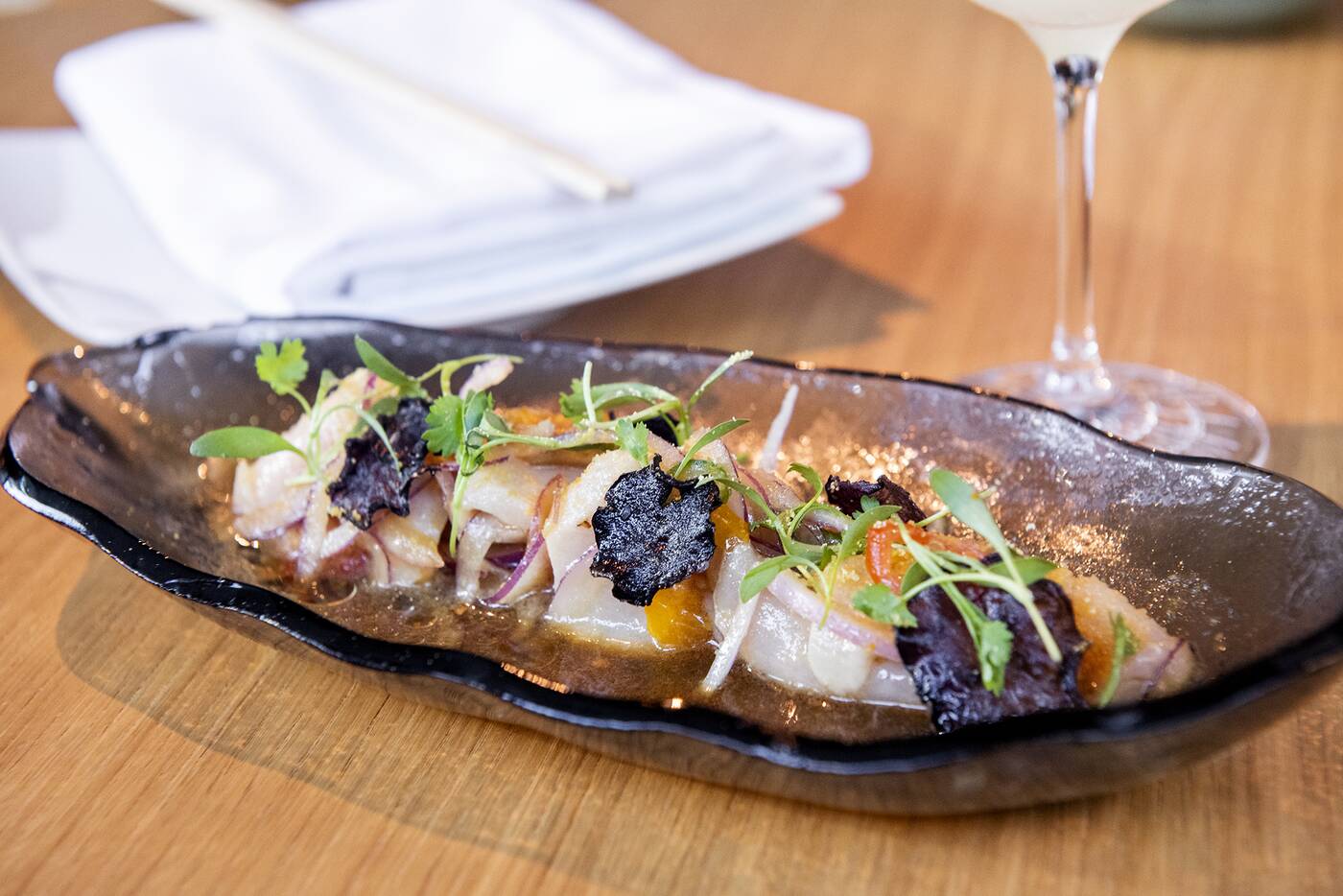 Nikkei Sashimi ($19.50) is a cold appetizer with a strong truffle fragrance thanks to a dressing of truffle yuzu soy, beautifully sliced, delicate yellowtail mingling with cherry tomato, jalapeno, cilantro and crispy purple potato for a little crunch. 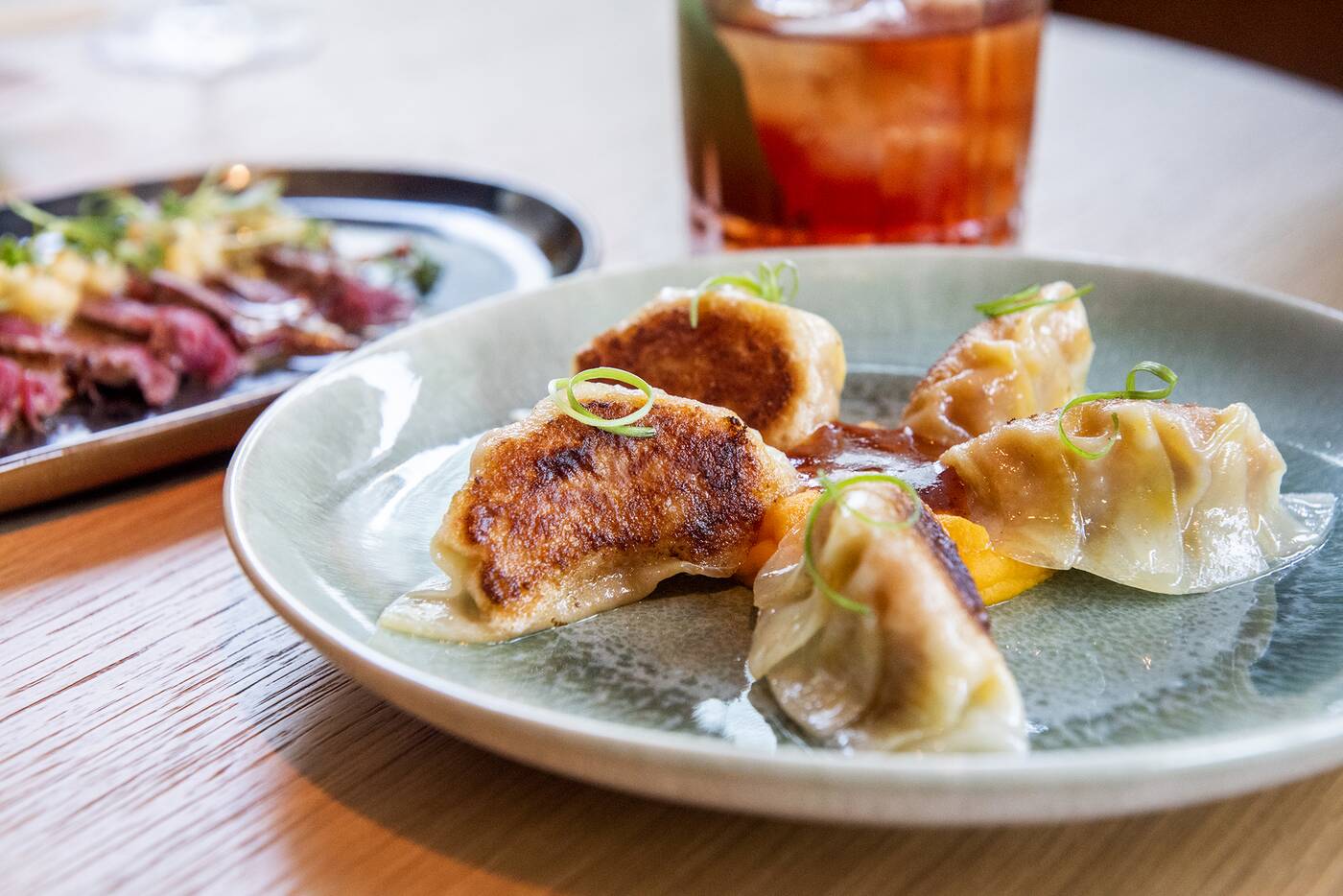 Nikkei Gyoza is pricey a la carte at $20 for an order of just five, and though everything here is made from scratch, it’s still a little tough to see what makes them so different from the average delicious Chinatown offering. 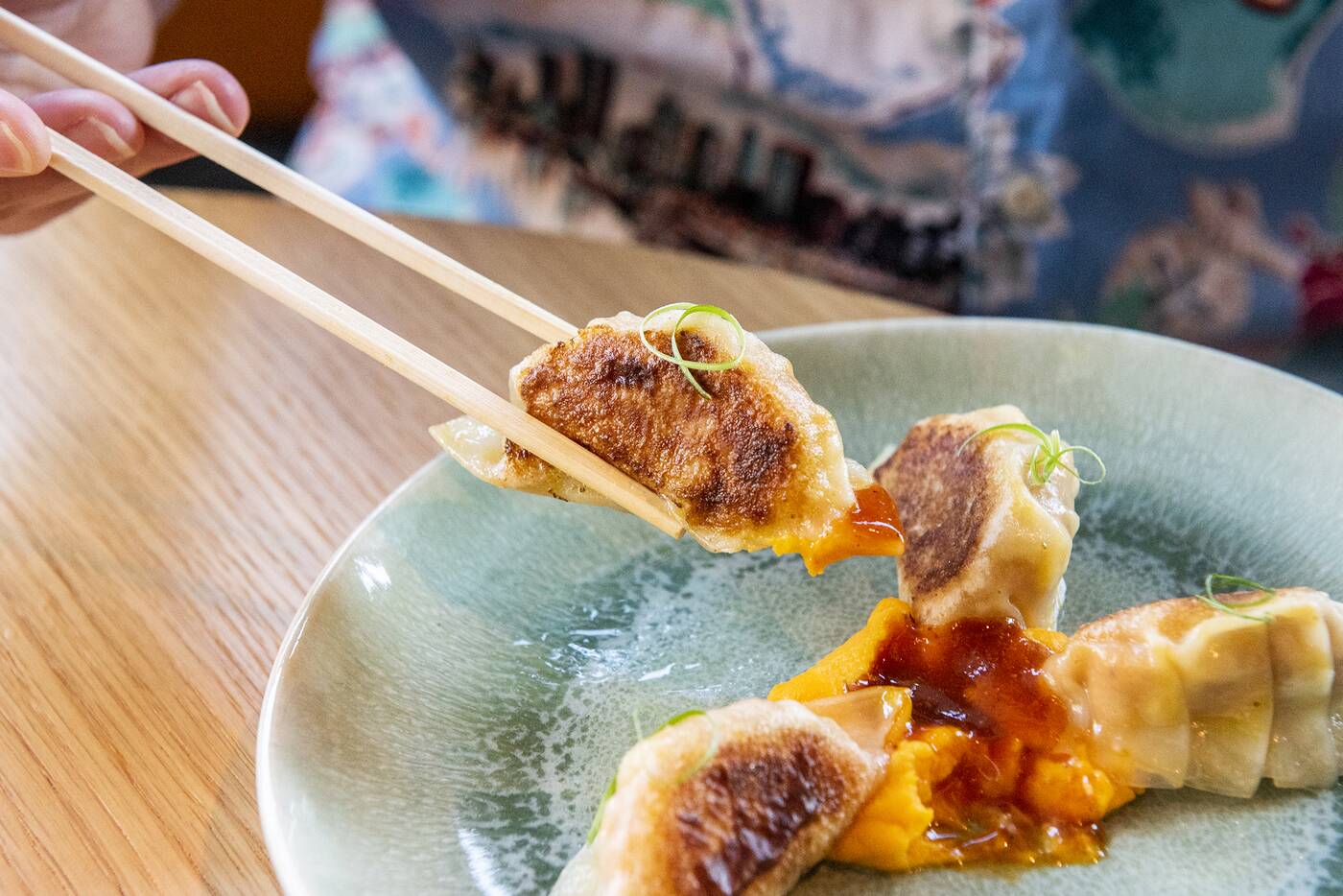 They’re still no ordinary gyoza, paper-thin, expertly crimped wrappers stuffed with pork and shrimp, plated with a thick sweet potato puree and a red pepper ponzu that add a creamy pop of flavour to the dumpling, almost like a dipping sauce would. 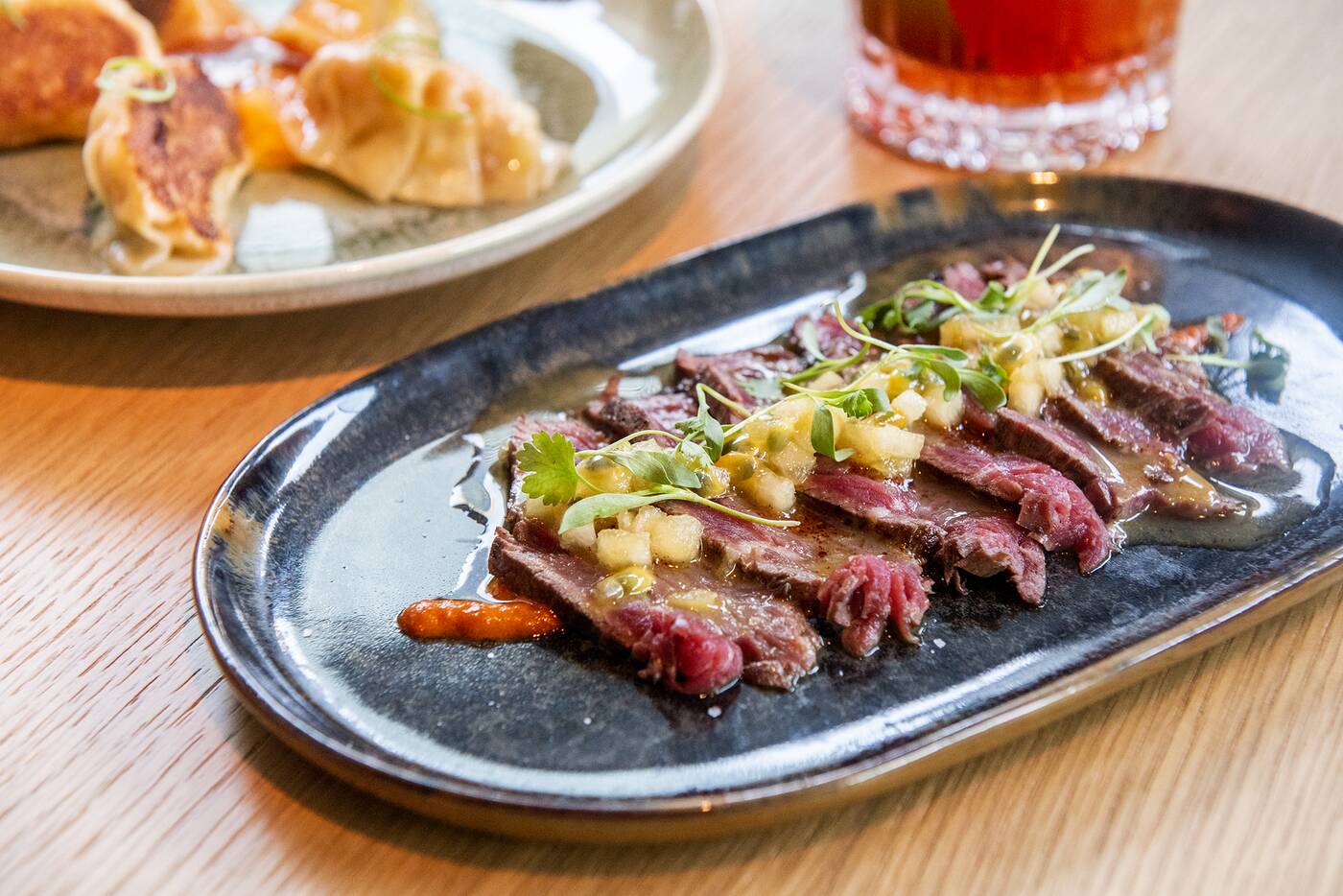 Warm Beef Tataki is another hot app that’s $19 a la carte, plated with smoked aji panca and a passion fruit salsa that has a little unexpected grit thanks to basil seeds, though the beef is nicely sliced and luscious. 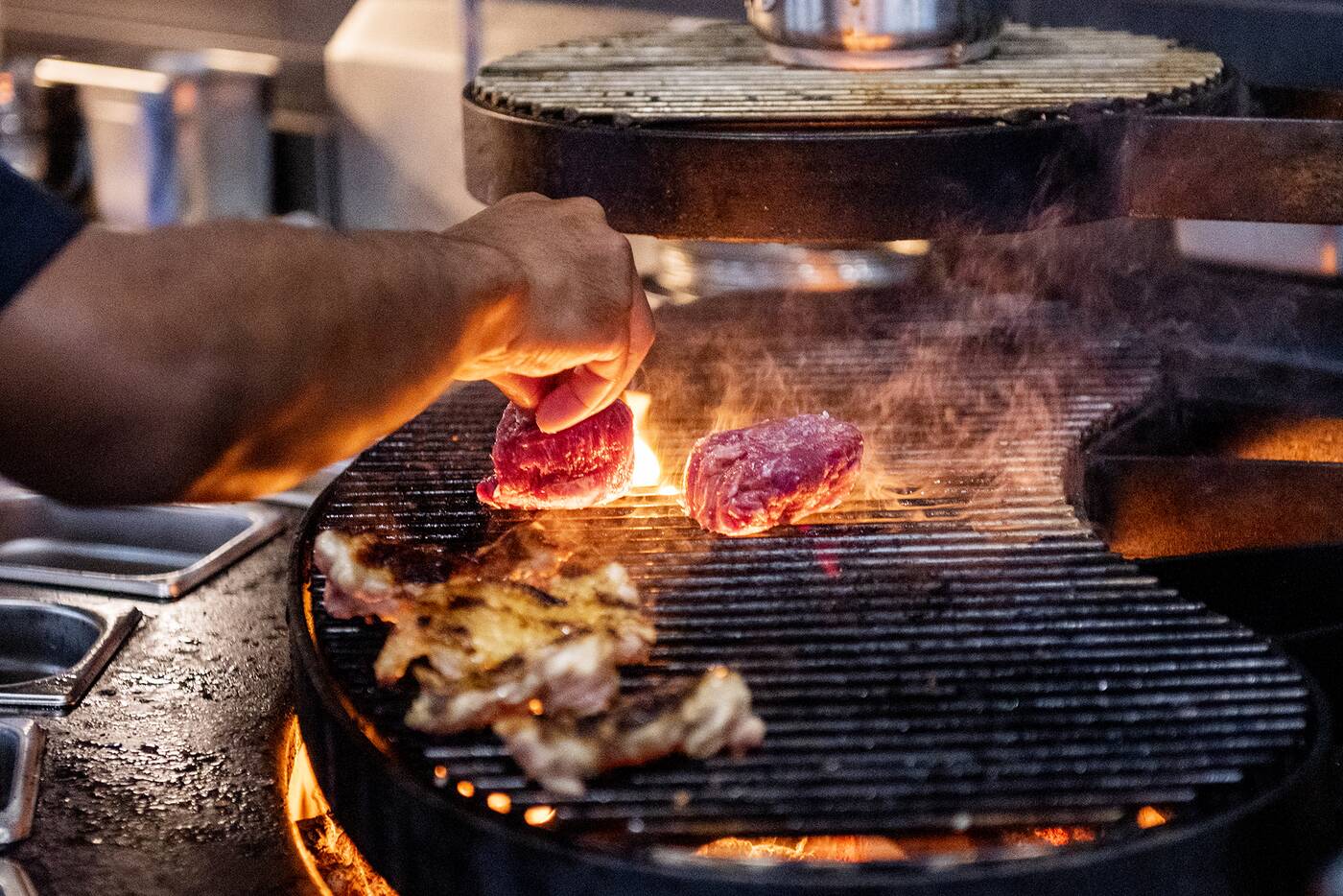 A selection of teriyaki-influenced items are prepared on the grill, as well as a 96-hour-marinated, house-smoked lamb chop dish for $18.50 apiece from an Anticucheria Barbecue section where everything is given an aji amarillo chilli and aji panca marinade and chargrilled over hot coals. 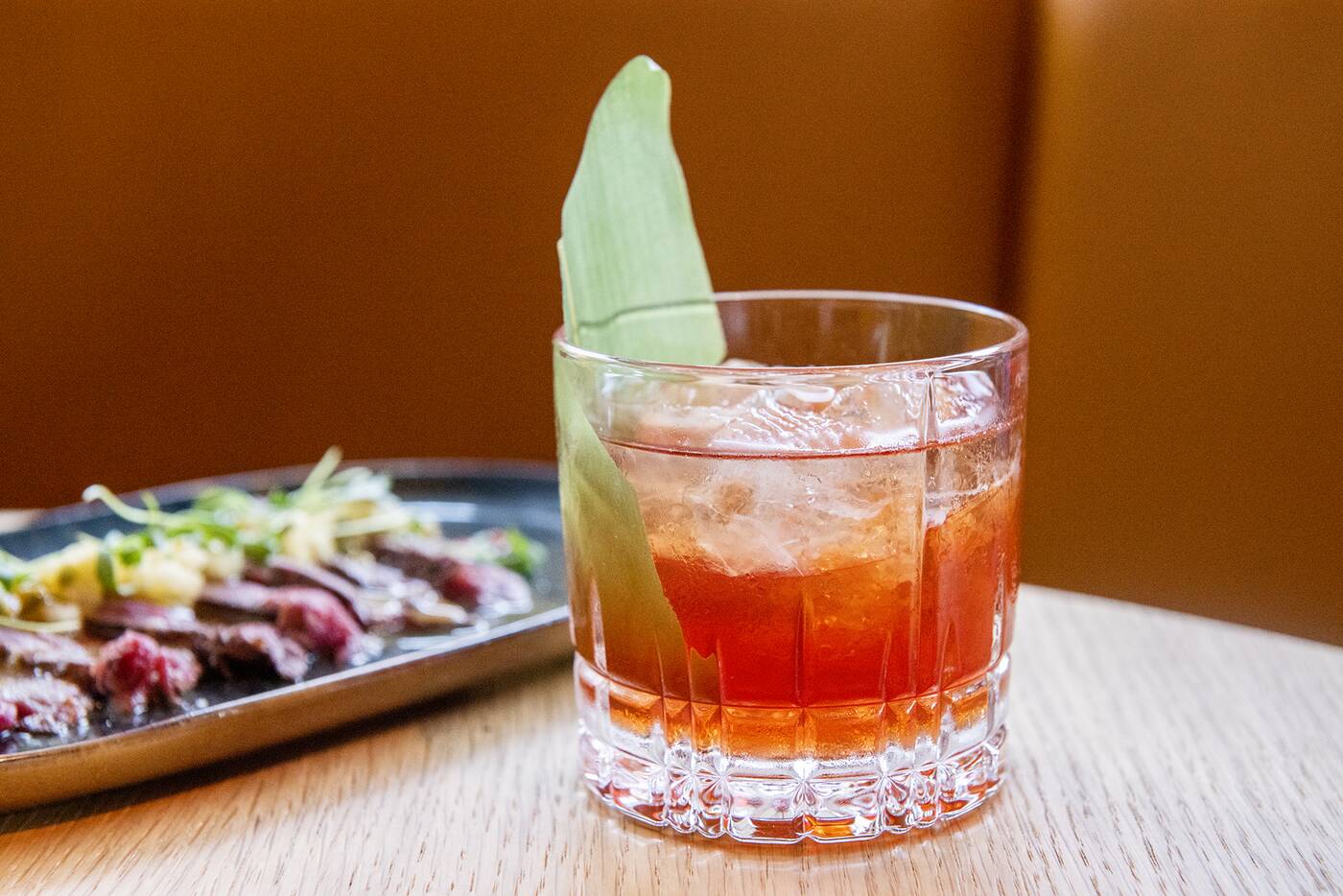 A Nikkei Negroni ($18) puts a twist on a typical combination of Hayman’s gin, Martini rosso vermouth, and Campari with aji amarillo and green tea, though the flavour is largely similar to a usual negroni, slightly boozy yet refreshing. 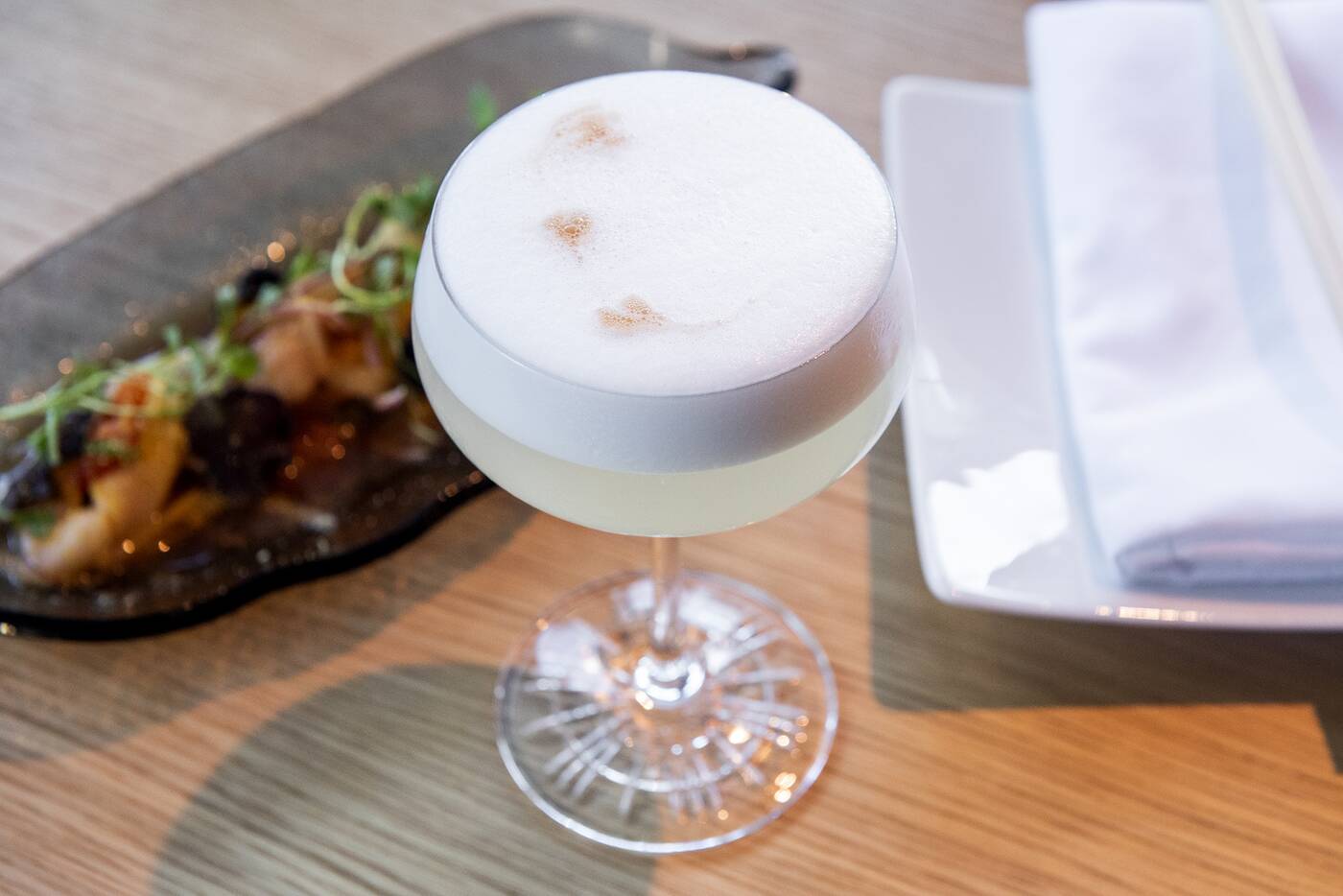 Opt for a signature Pisco Sour ($16) instead, made with Miguel Torres pisco, lime juice, sugar, egg white, and Chuncho bitters, for a velvety, bright, punchy take on a classic that’s one of the best I’ve had. 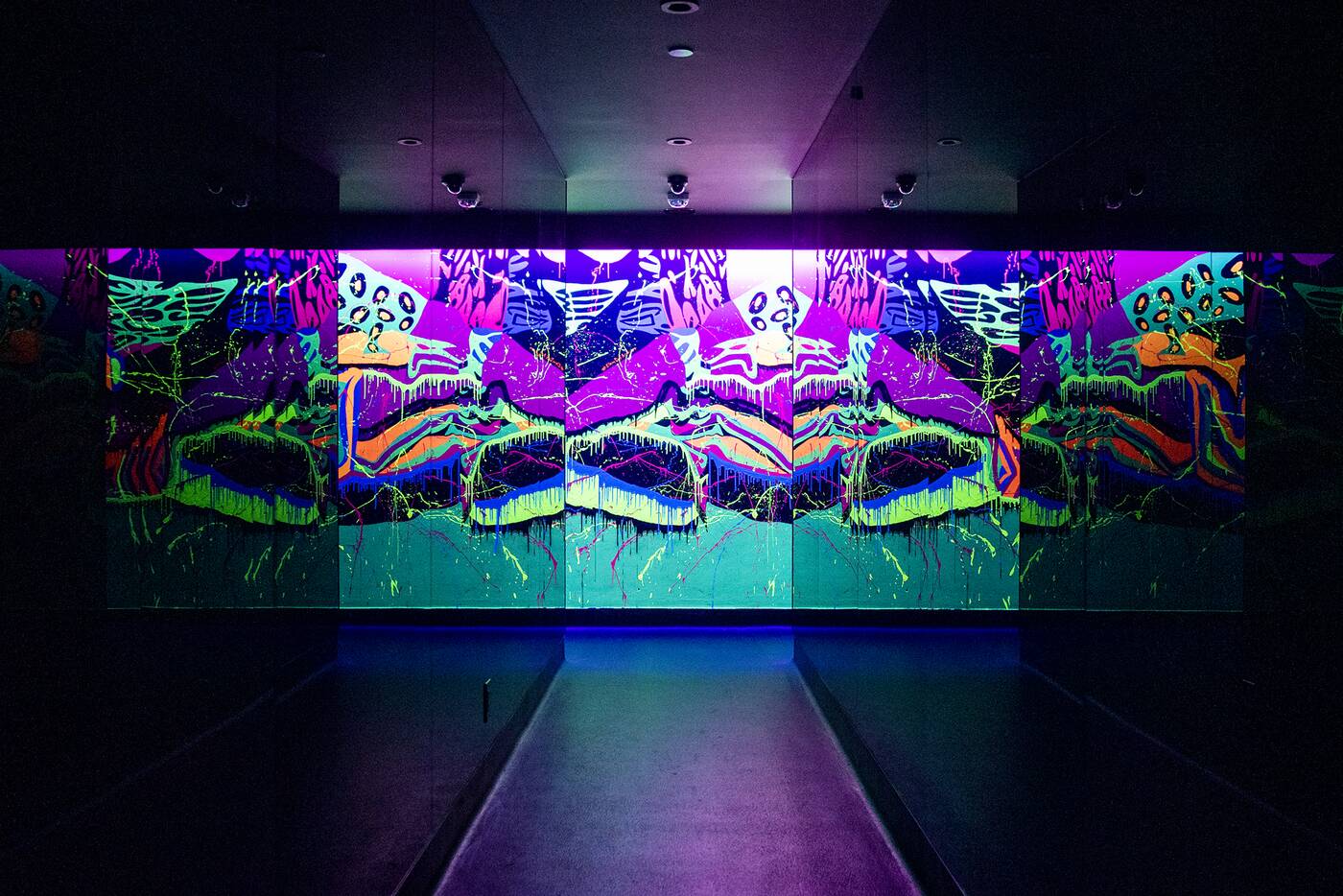 Don’t miss the chance for a black light selfie in the hallway leading to the bathroom decorated with a UV-light piece by Elaine Defibaugh. 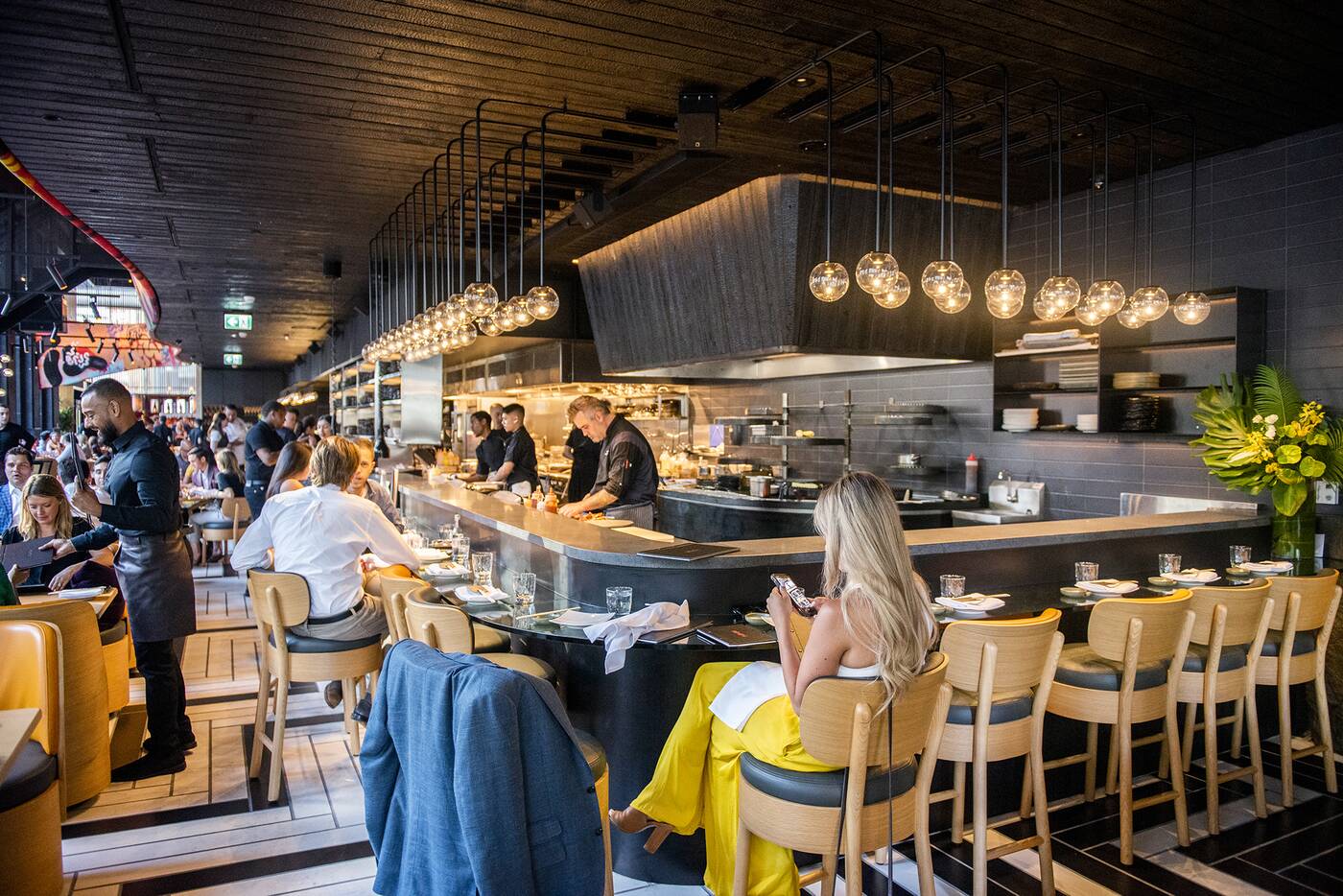 Chotto Matte is the brainchild of Kurt Zdesar, former European Director for Nobu. 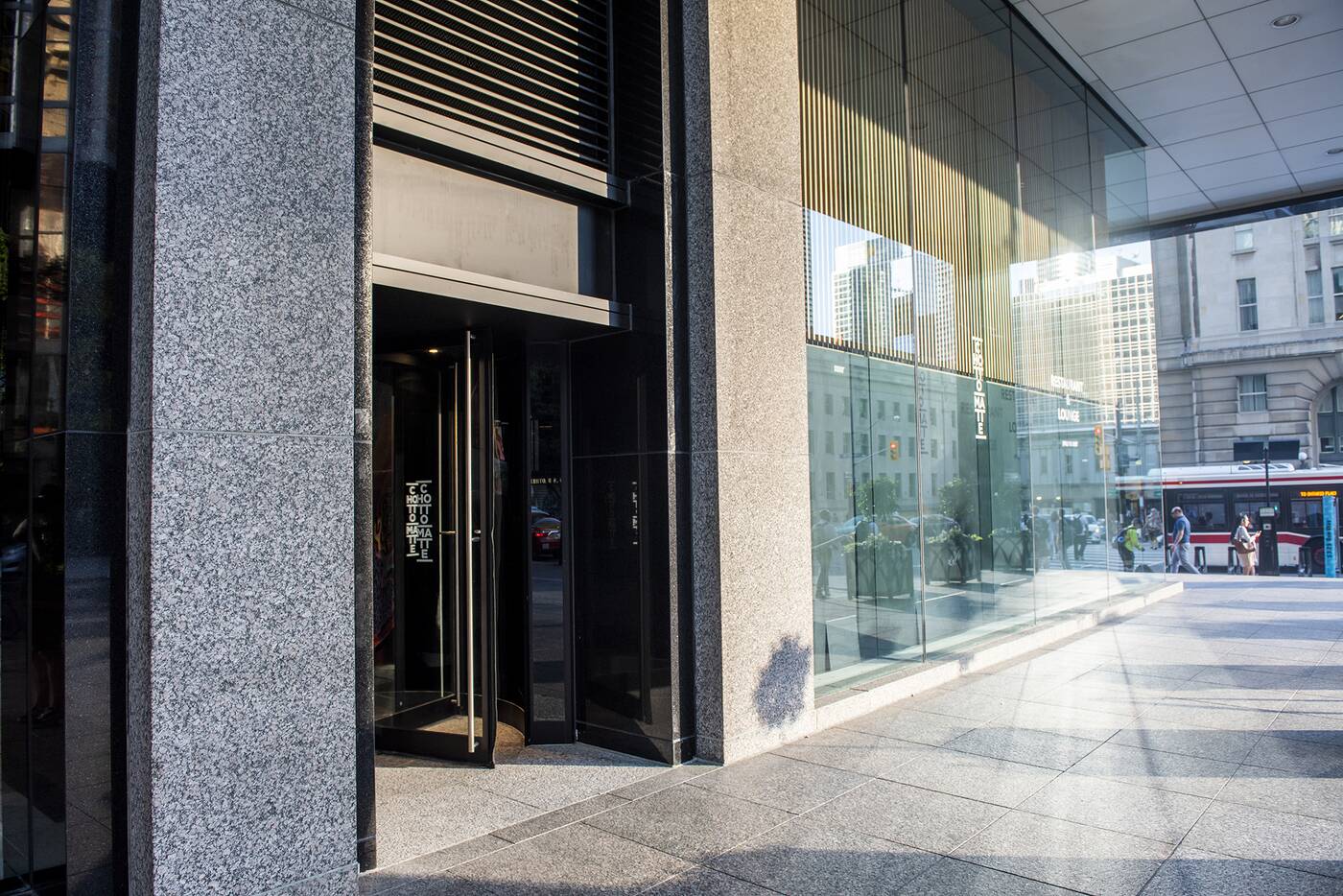