Chop Chop is a family-run Chinese restaurant that’s something of a prodigal son in itself. A decade ago, the same family behind Chop Chop ran Yu Shan here with an eighteen-year-old eldest brother Eric Tiao at the helm. In the interim, he worked at nearby Bent with his mom, who makes all dumplings and appetizers by hand here.

Most recently it was home to Kadbanu, an Iranian cafe affiliated with Banu. The place is now back to serving quick sharing-style Chinese apps and large plates though in a revamped modern-feeling space, old school paper menus mingling with bold bright red chopsticks. 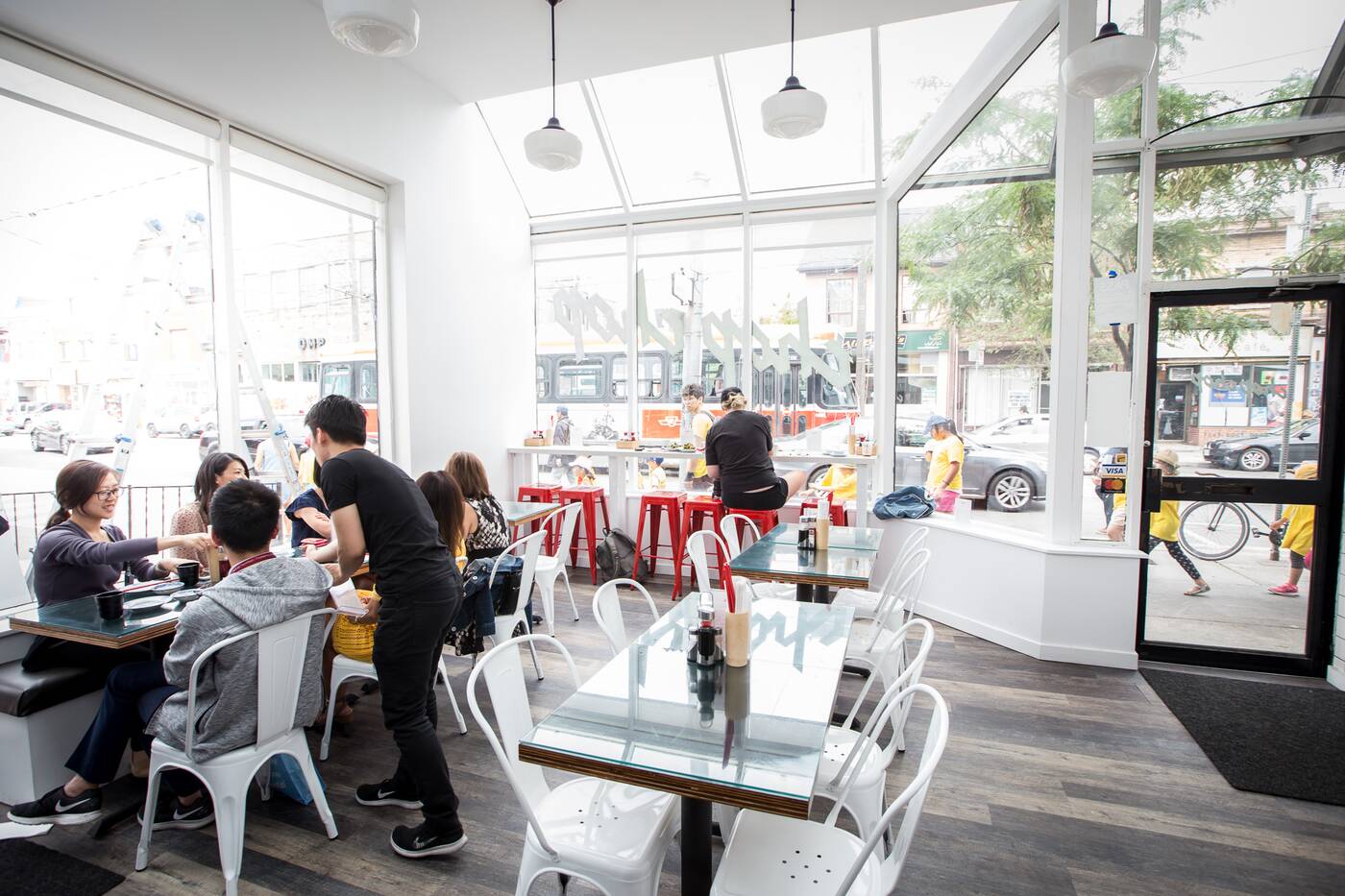 Youngest brother Steven Tiao is a designer by trade, and it shows in the towering white walls, accents of deep blue window shutters overhead, dangling light fixtures and bold graphics splashed across the outside of the building. 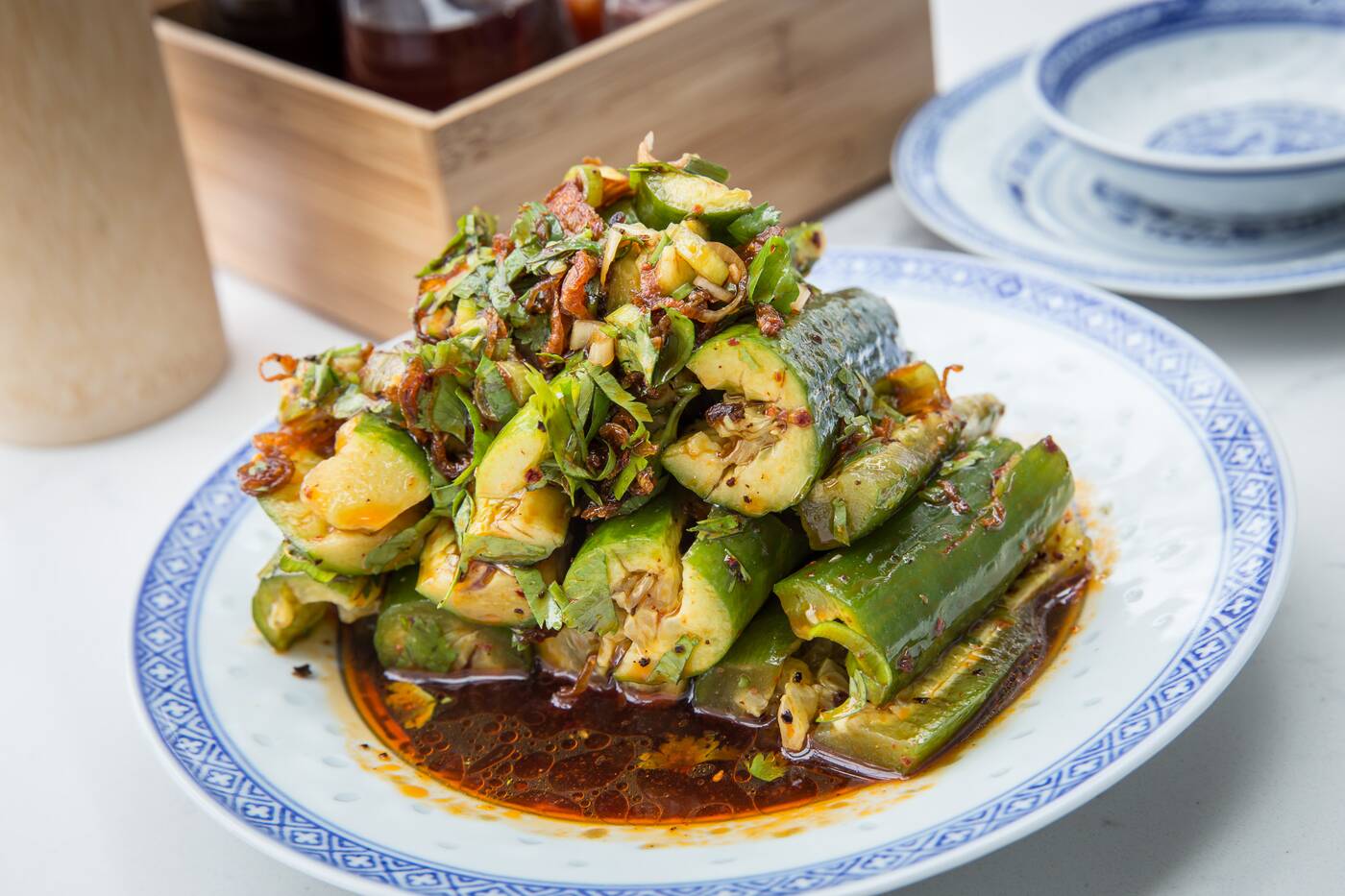 A cucumber salad ($6) piles thick wedges of cucumber onto a spicy puddle of oil and vinegar. 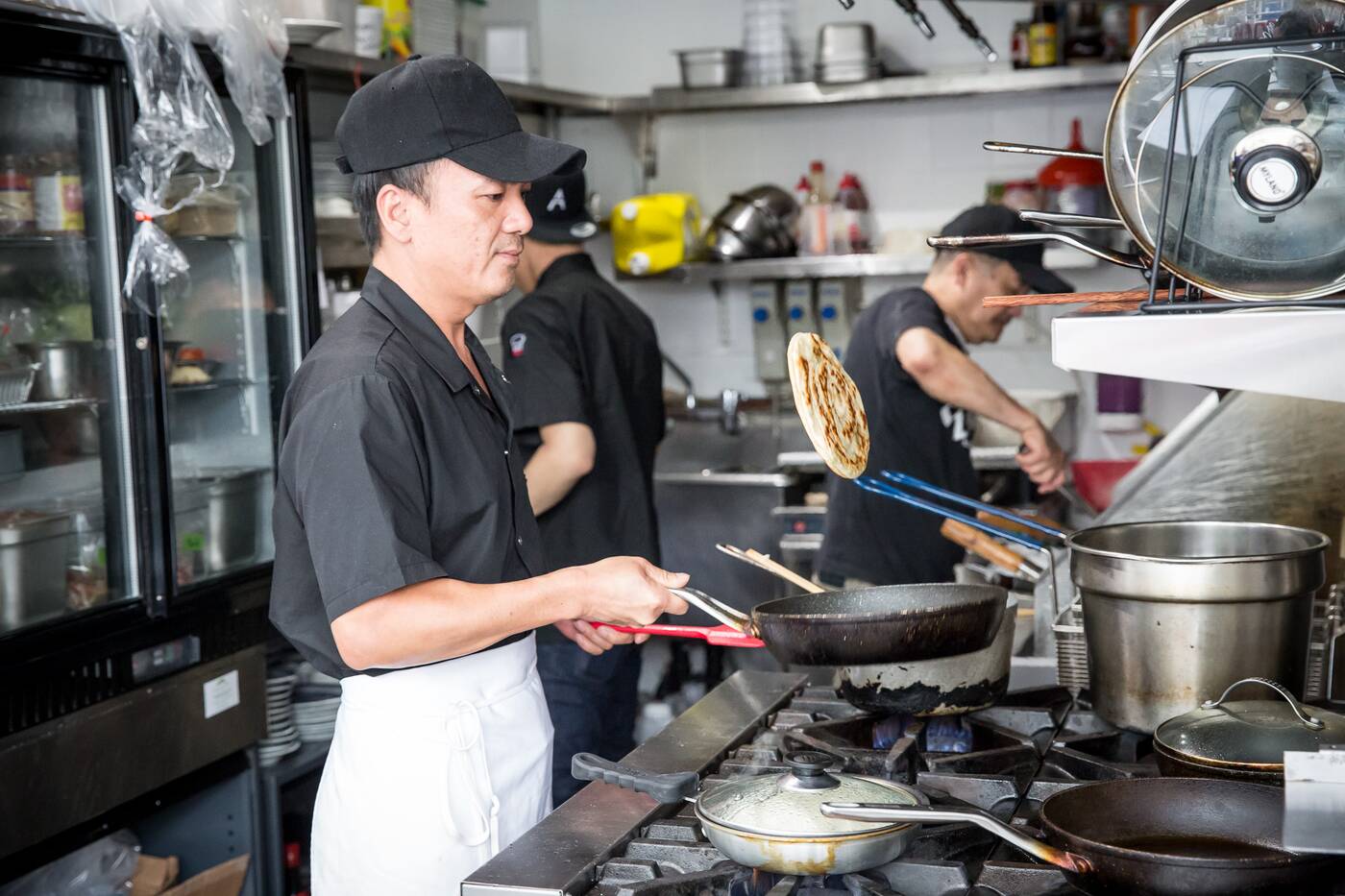 A pan-fried green onion pancake ($5) is a point of pride, one of the items handmade by mom. 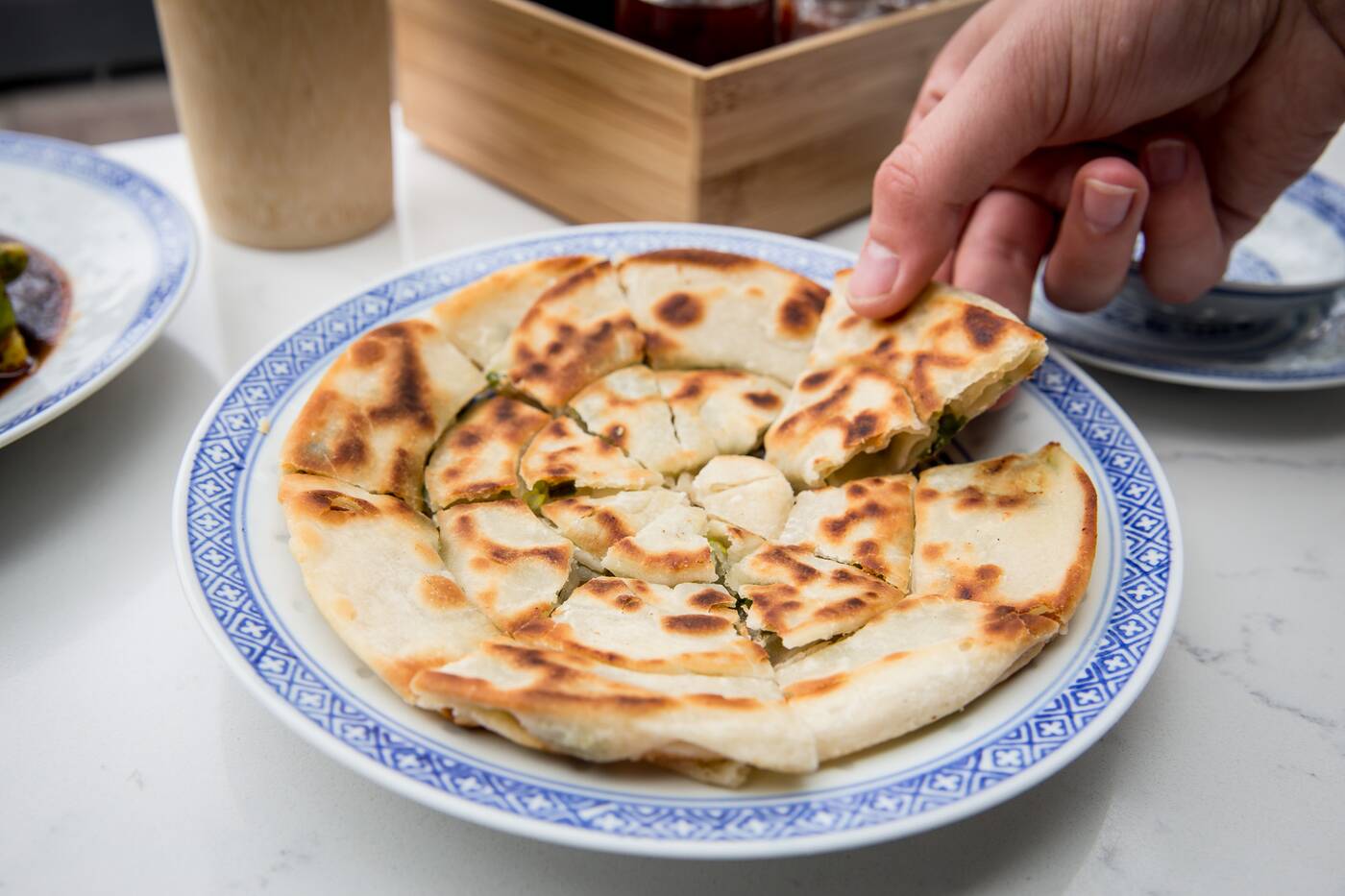 The pancake is papery and crisp, and the filling is all kinds of comfort, amped up when dipped into salty and spicy hot sauce and soy sauce. 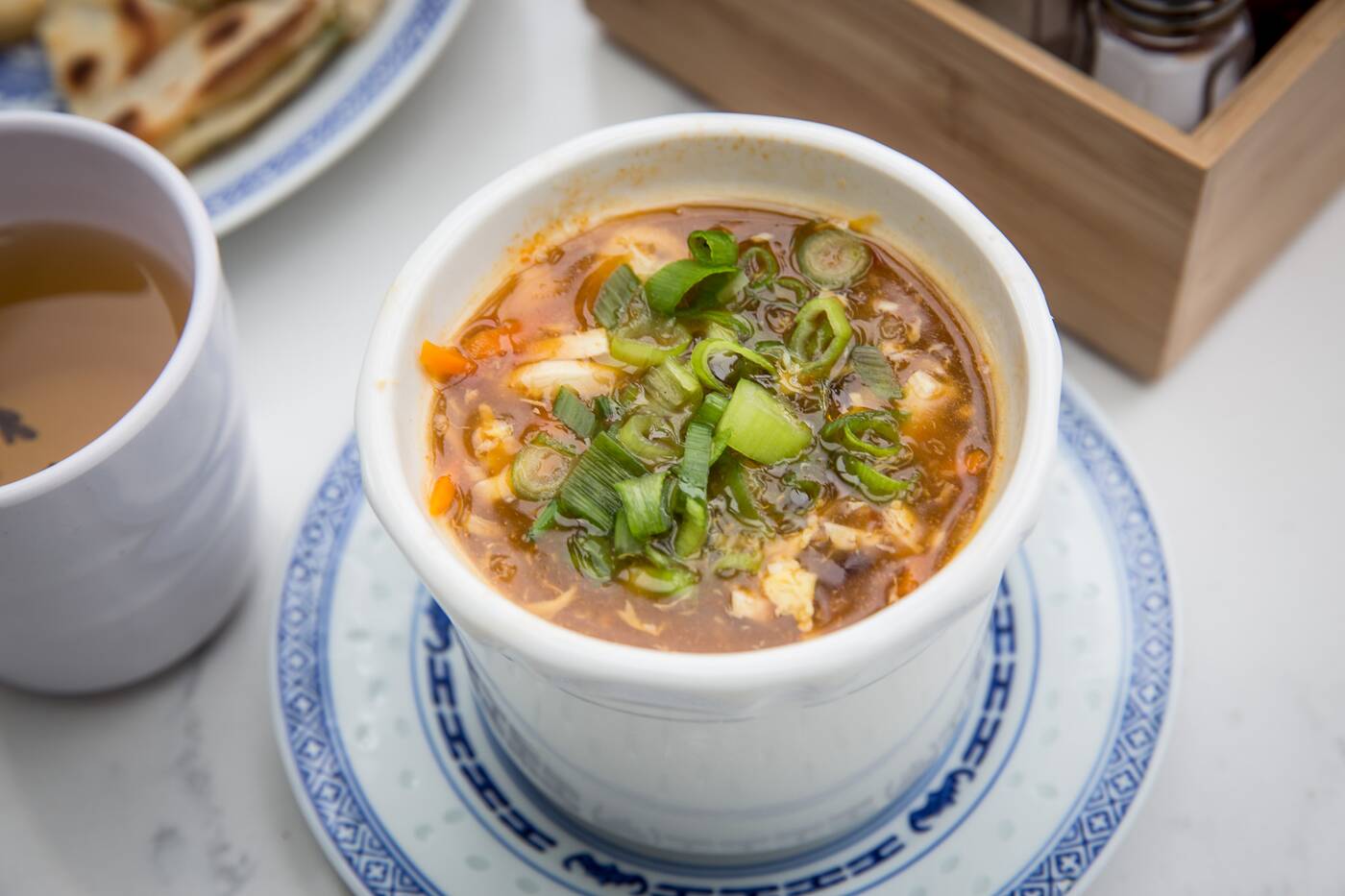 Hot and sour soup ($5) is mom’s secret recipe, the best, creamiest, most tart yet flavourful version of a sometimes-neglected takeout soup. 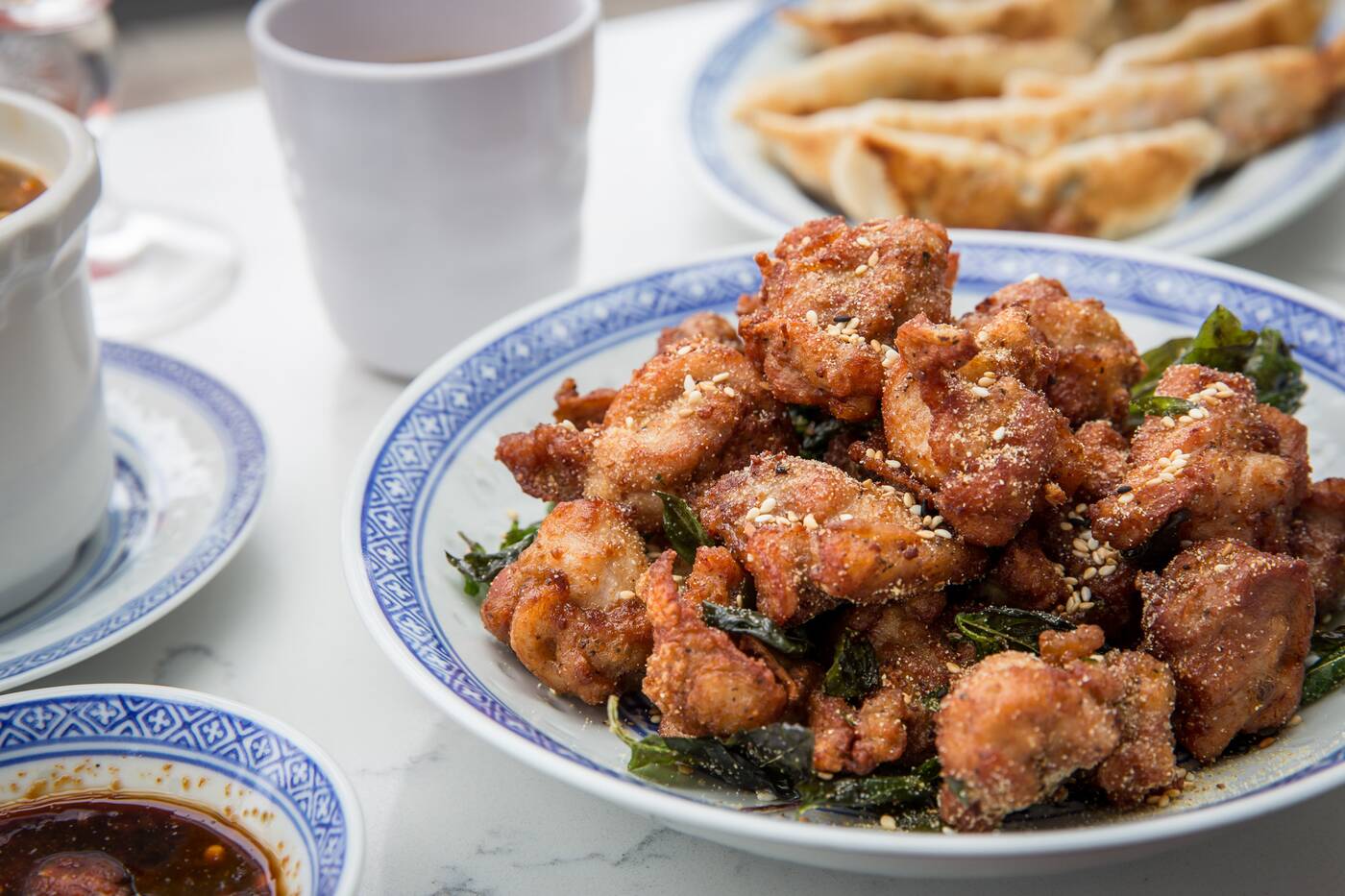 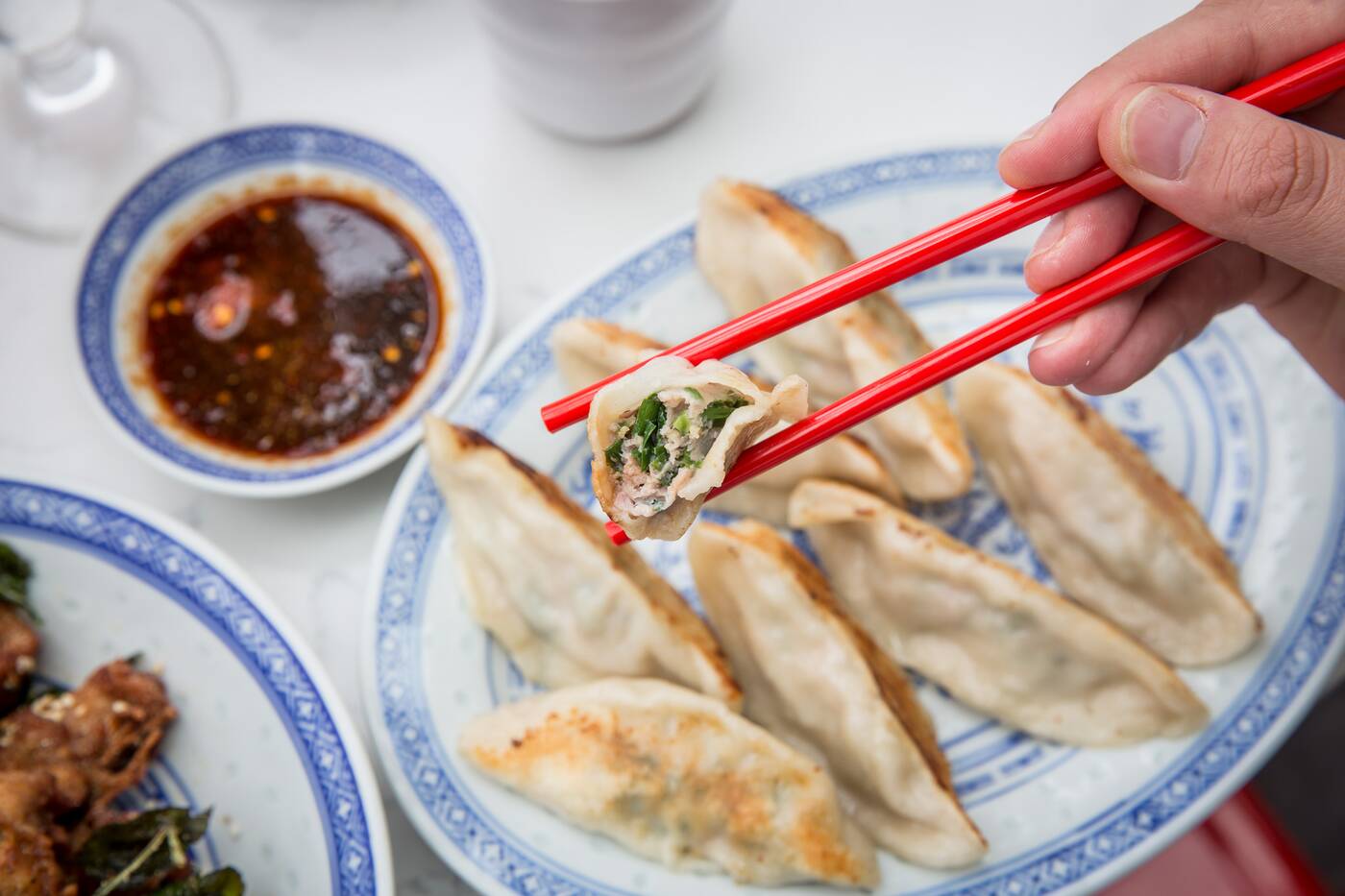 Pan-fried pork and chive dumplings ($9) are the perfect combination of crispy, soft, salty, herby, and spicy when dipped. 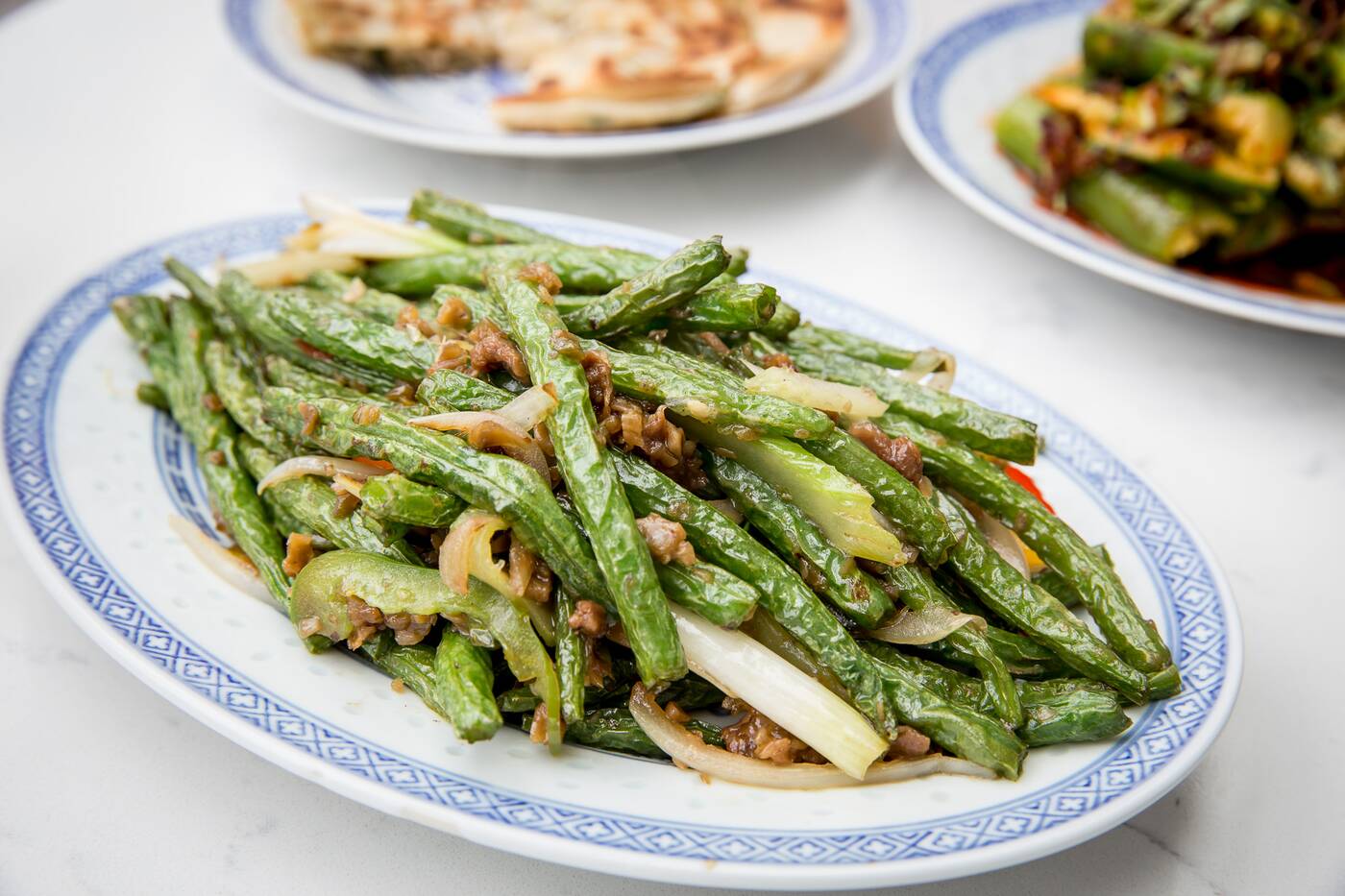 Sauteed green beans ($8), usually with brown beef or pork, have been made into a veggie version with a Chinese preserved vegetable that has the texture of meat, malty and munchable. 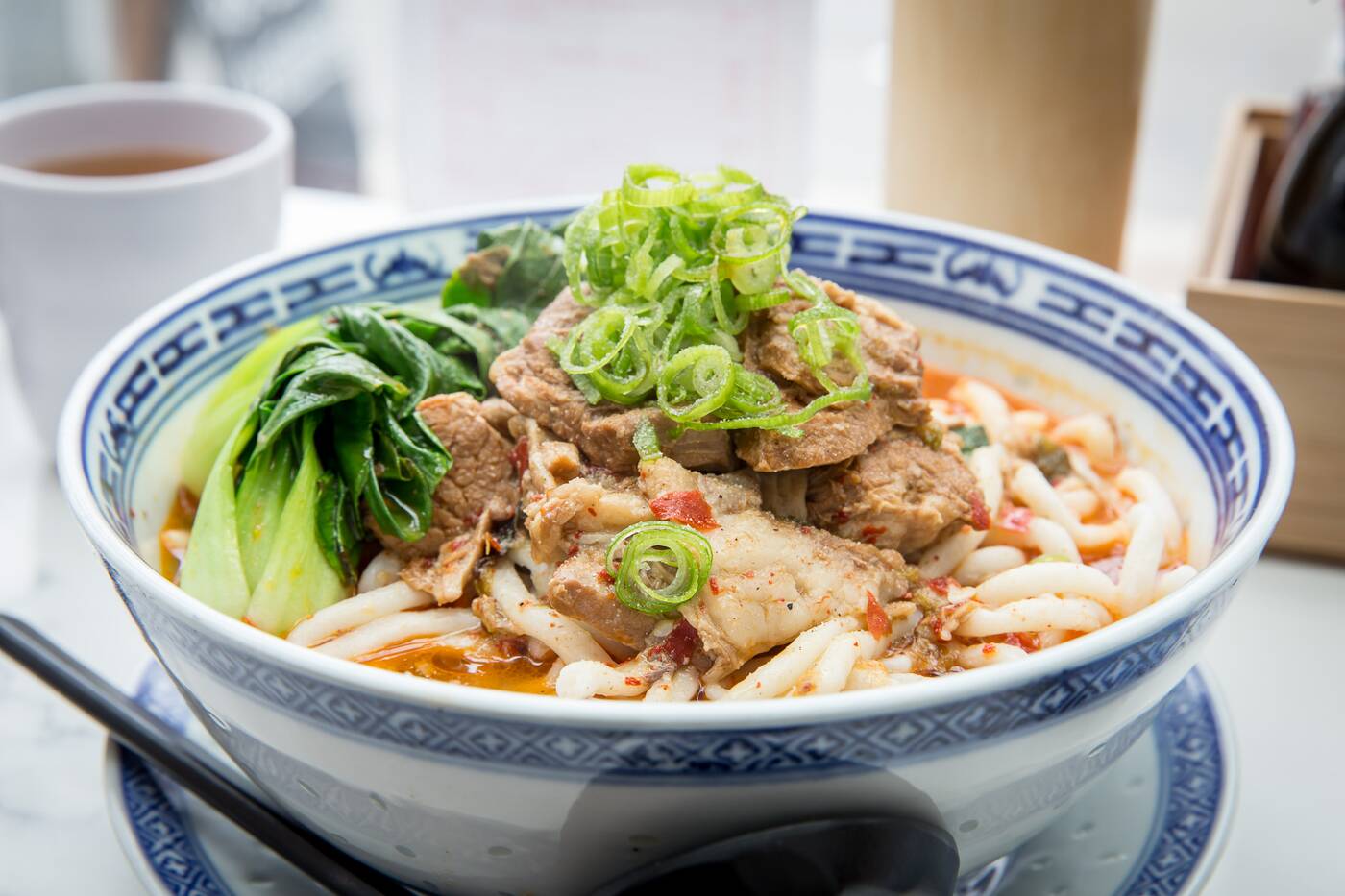 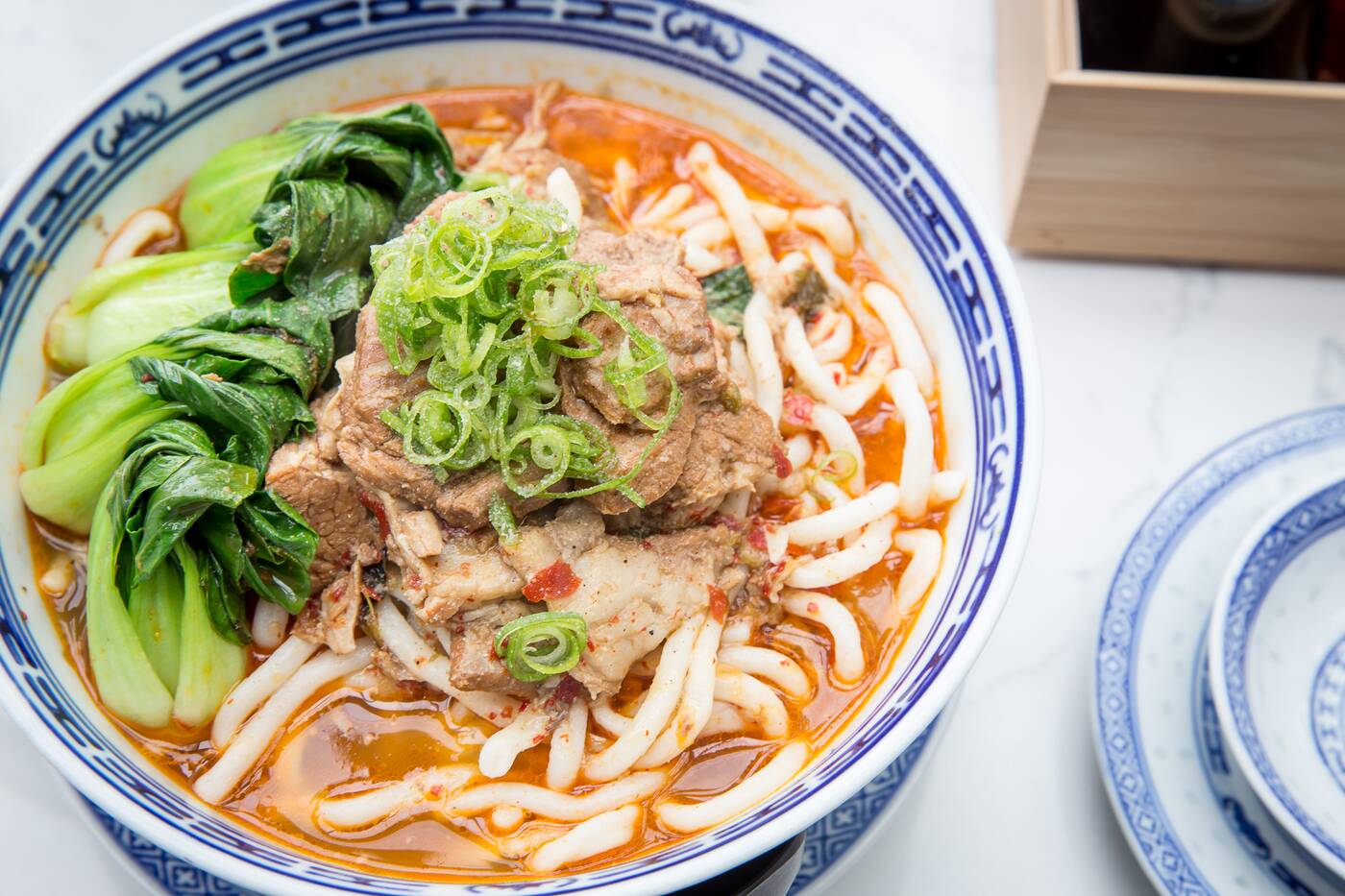 The Chinese-style broth is made with tobanjan that’s naturally a bit oily and vinegary but very tasty. 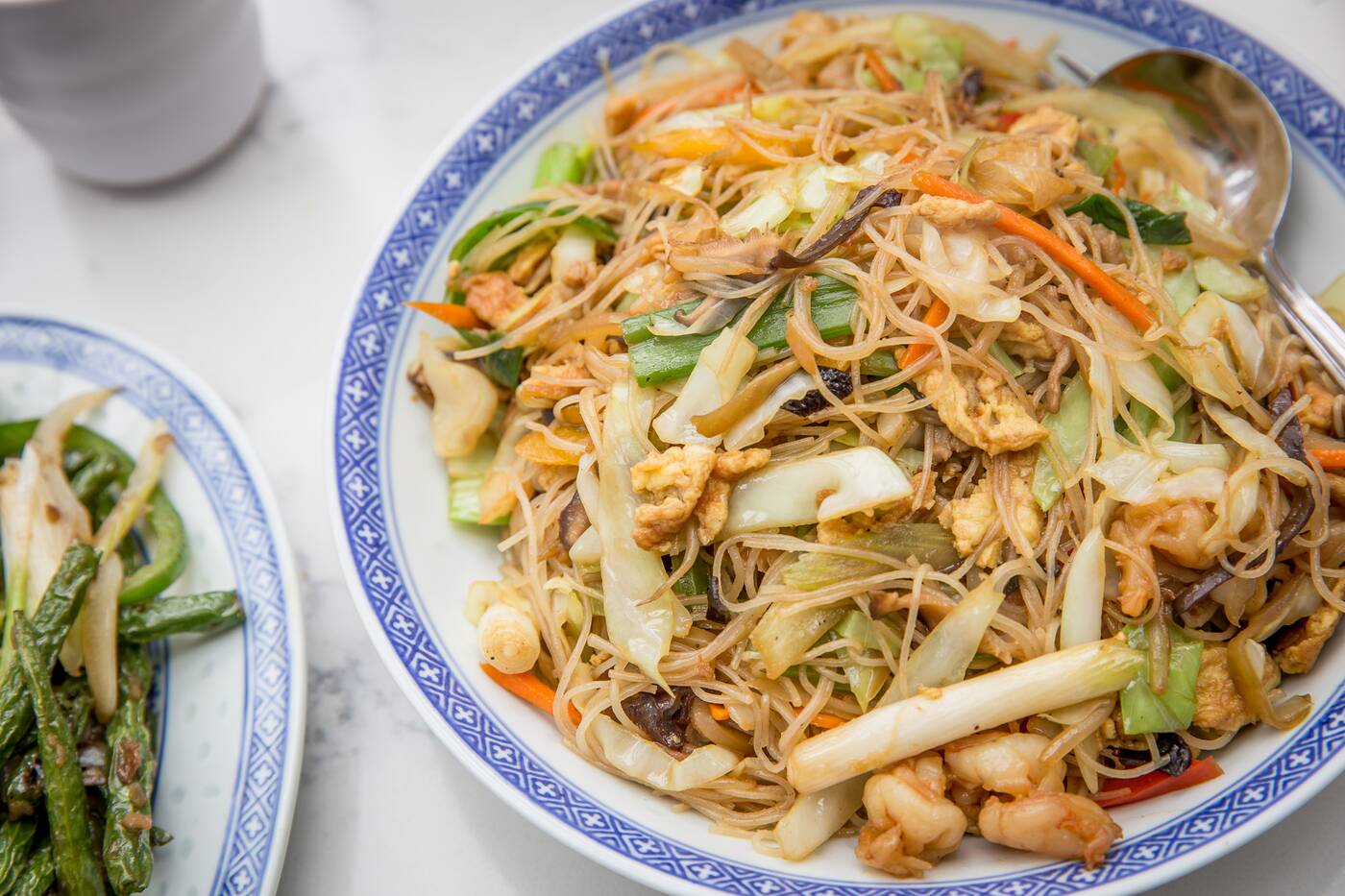 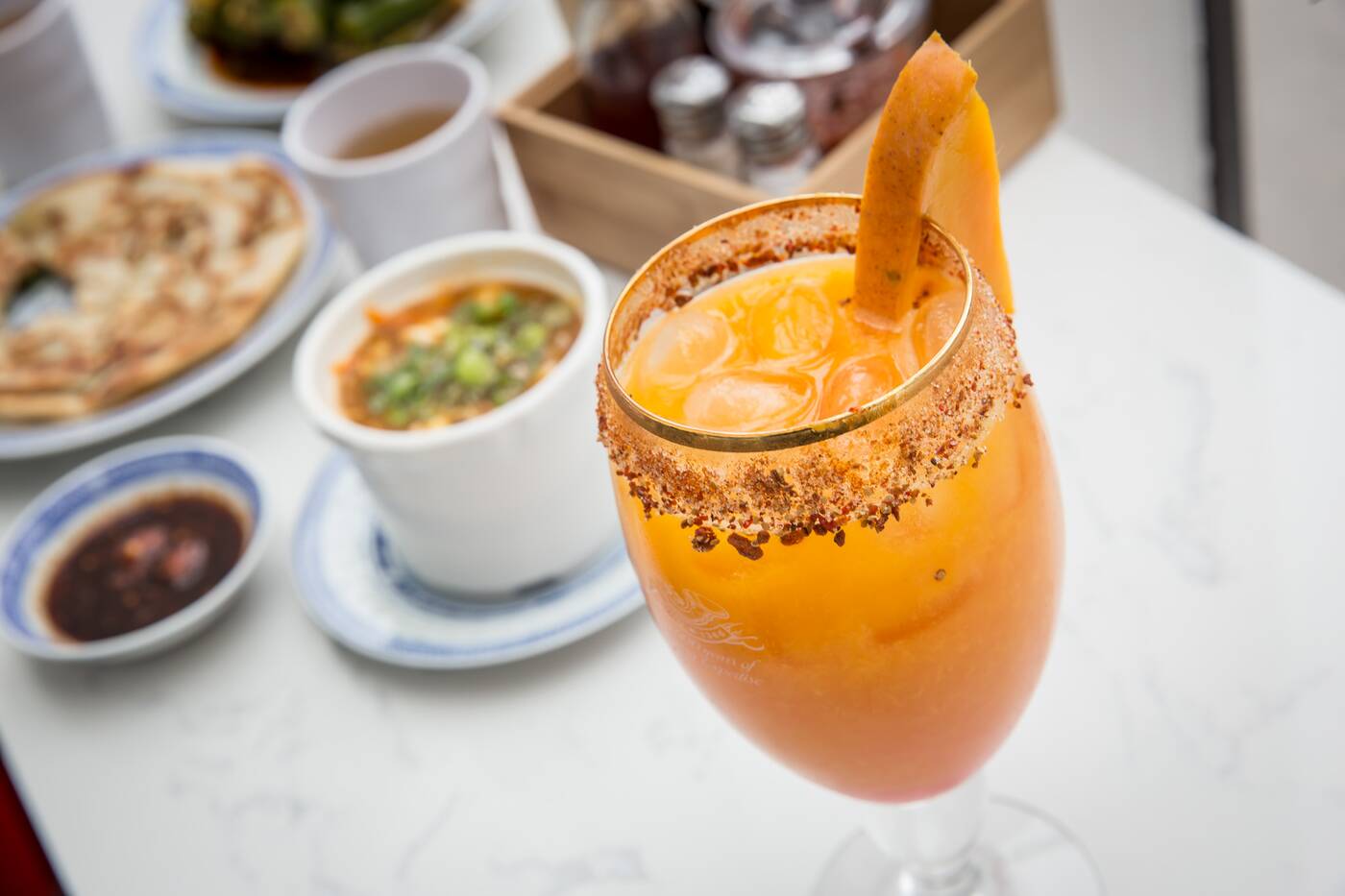 The Thai Rise ($12) is mango puree, white rum, guava juice and a rim of dried goji berry blitzed with sugar garnished with a fun mango wedge. 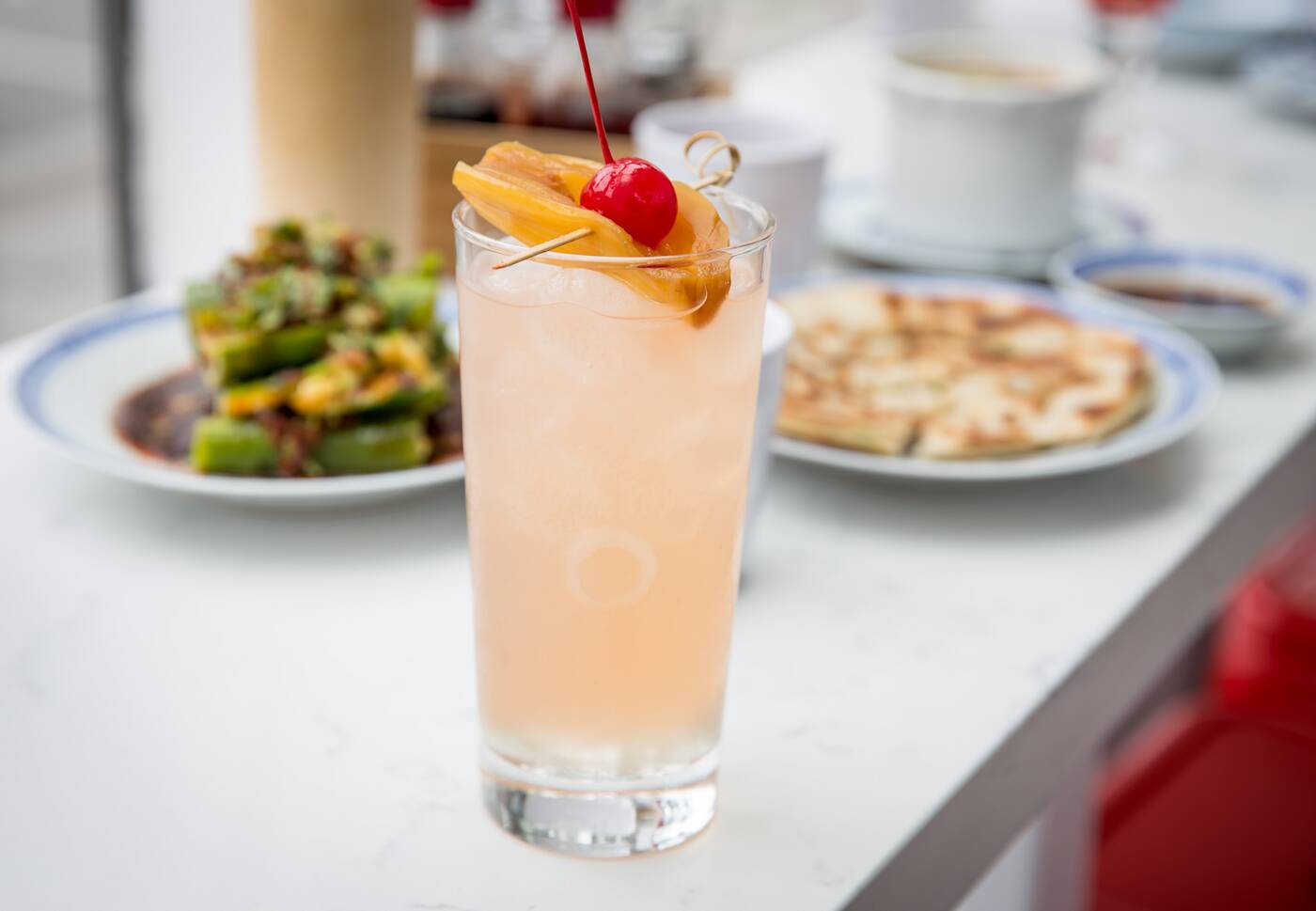 I like the Jack on Jack ($12) best, a light but punchy cocktail made with Jack Daniels infused with jackfruit in house, triple sec, and lemonade, garnished with a boozy infused jackfruit wedge. 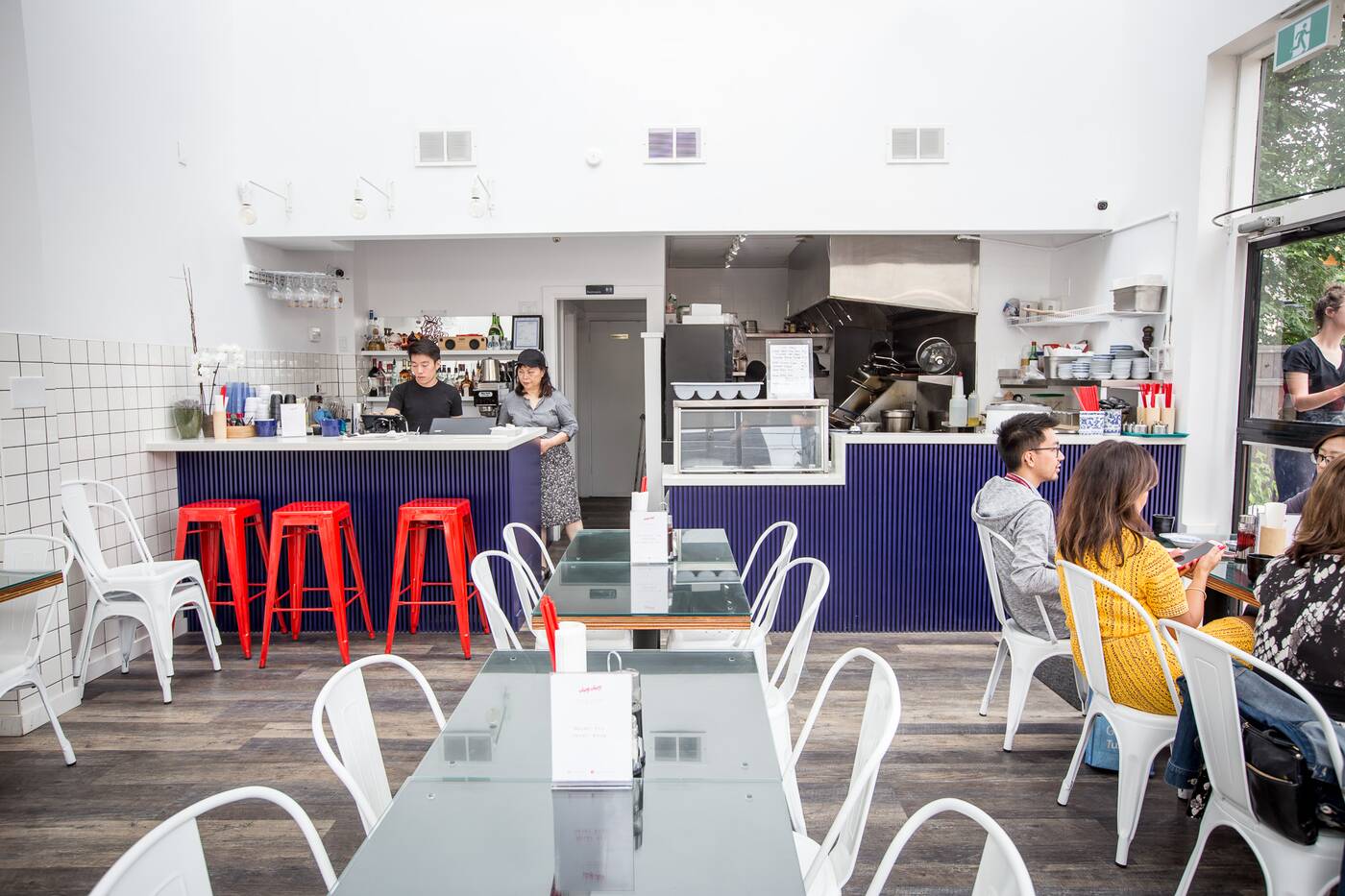 Apparently the middle brother of the family was even involved in building marble counters for the bar, and dad heads up the teensy open kitchen. 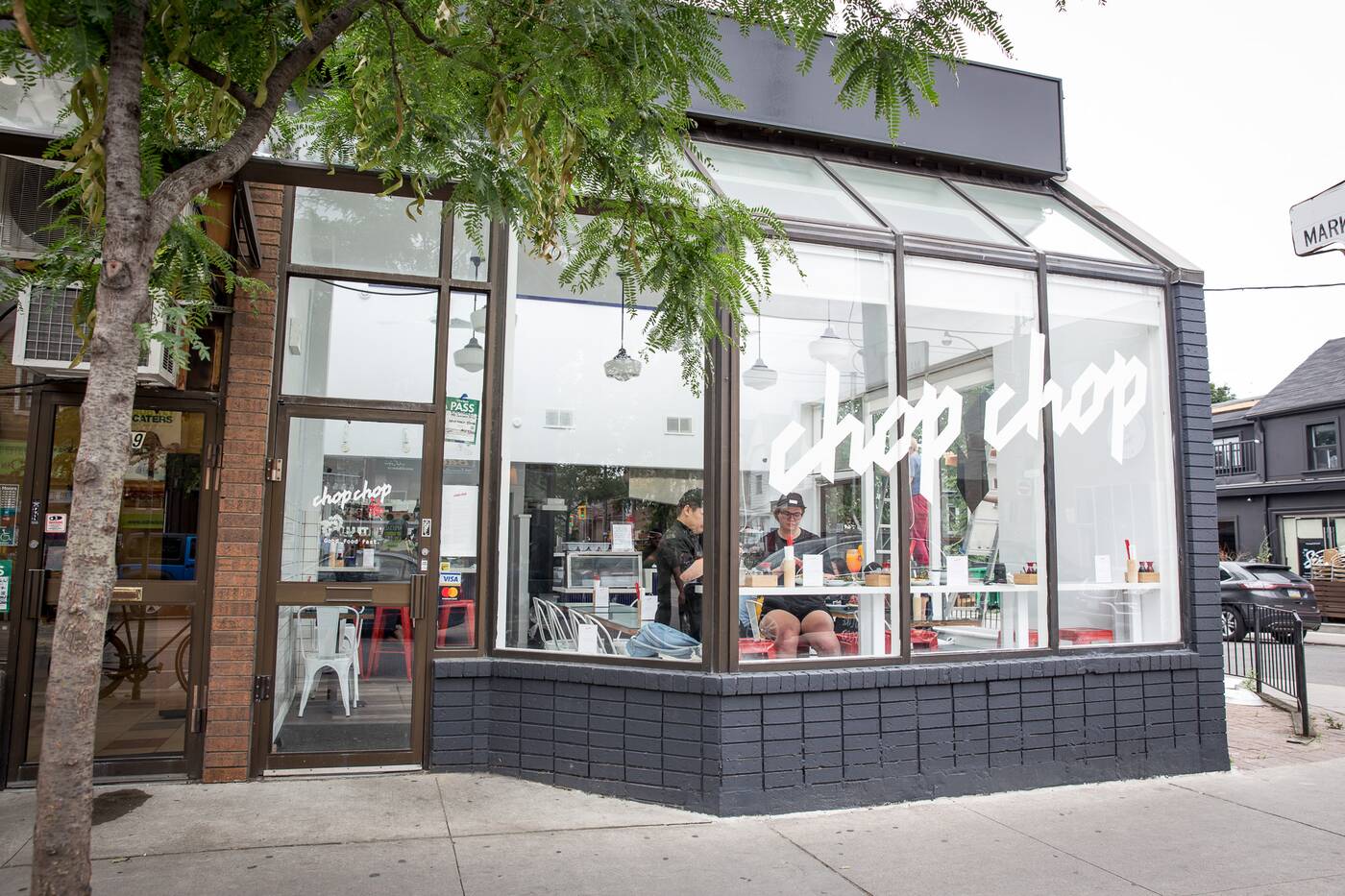