Chelo & Co. is a Persian takeout counter now open on West Queen West. Chef and owner Azadeh Hirbod grew up in her father's restaurant Karoon, which operated in the 1990s in Little Iran at Yonge and Steeles before moving to London, Ontario.

Occupying the former address of Apalla Indian Cuisine , the old dining room is now mostly kitchen, leaving just a shallow storefront occupied by a counter and five stools pushed up against the front windows. 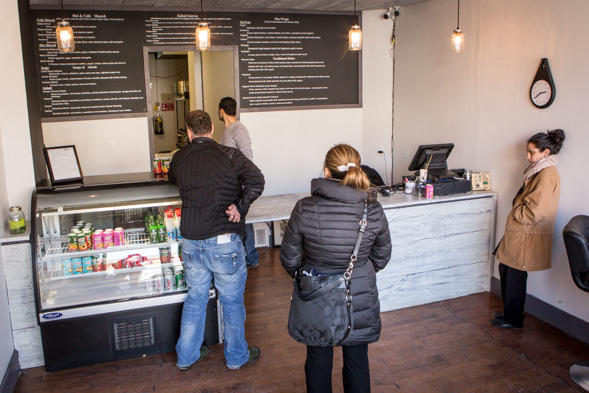 The space is swathed in white, and for now, lacks any real personality or decor evocative of its Persian roots. Murals and decorative accessories are on their way, and will be installed over the coming weeks. 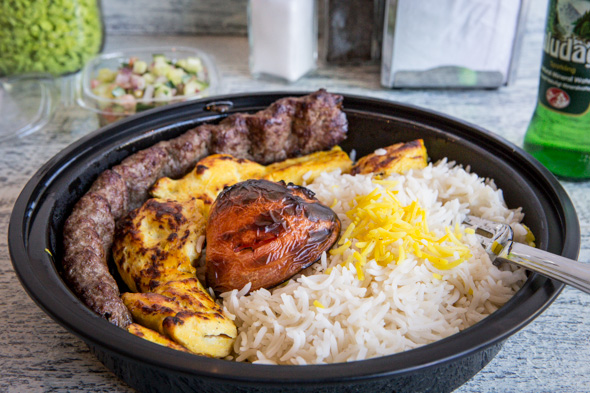 Chelo is Farsi for rice and so the premise of this menu is that rice isn't just an accompaniment but really a key player. Kebab entrees like the Vaziri kebab plate ($21) come with fluffy saffron stained rice and shirazi salad, a lightly dressed mix of diced cucumbers, tomatoes and onions.

This plate offers the chance to sample two skewers a time; koobideh (minced beef) alongside juicy, saffron and yogurt/marinated joujeh (chicken). In each instance, the juicy meat is tender and brimming with the flame broiled flavour. 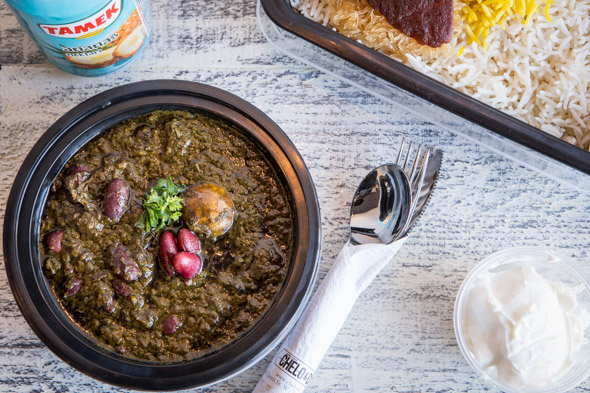 Ghormeh Sabzi ($11) is responsible for that delightfully fragrant aroma that wafts from the kitchen. The deep-hued stew is composed of finely minced parsley, leeks, coriander and fenugreek leaves slow cooked with beef, red kidney beans, and dried limes. Thick yogurt accompanies the dish along with white rice and tahdeeg, shards of crispy rice scraped from the bottom of the pot. 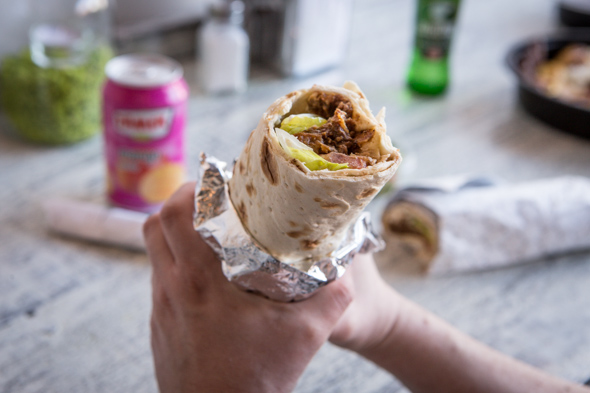 While most of the menu is a tad pricey, the selection of sandwiches is budget-friendly, ranging from $5 to $9 dollars. The eggplant wrap ($6) features kashkeh bedemjoon, sweet eggplant deep fried with onions and garlic then dressed with feta cheese, tomatoes, lettuce and garlic sauce and wrapped in lavash for handheld enjoyment. 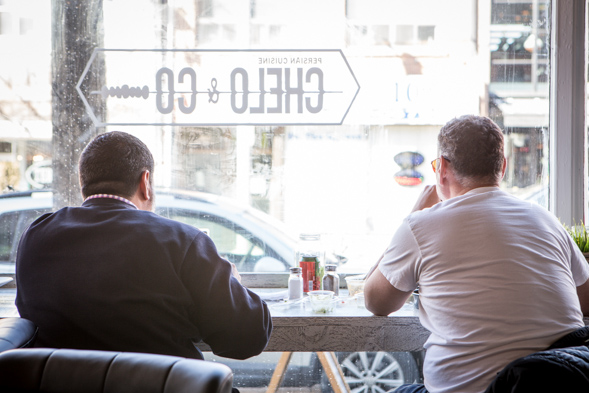 To drink, you'll find Turkish fruit nectars as well as yogurt drinks mixed with dried mint. Call ahead takeout orders are encouraged. While orders for stews can be put together quickly, anything from the grill is fired to order and requires a little lead time. 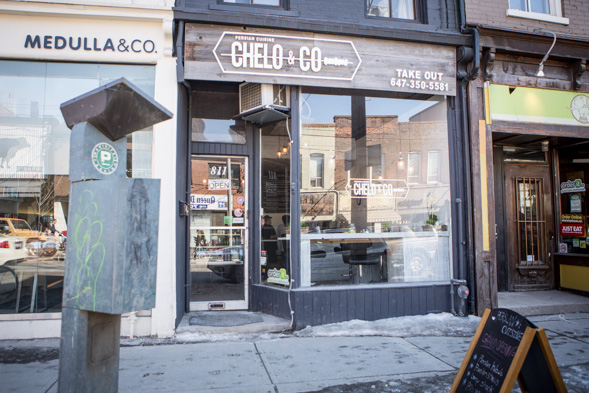