Carib 21 offers up Caribbean food on the cheap with cross-cultural culinary combos like oxtail poutine and jerk chicken quesadilla on the menu.

Each meal won't cost you more than $6.50 around lunchtime, and the jerk chicken will ring in at just $5 all-day. This seems to be the initial draw of most who enter the red-and-yellow storefront on Eglinton Avenue West that bears a banner with their hard-to-beat prices. 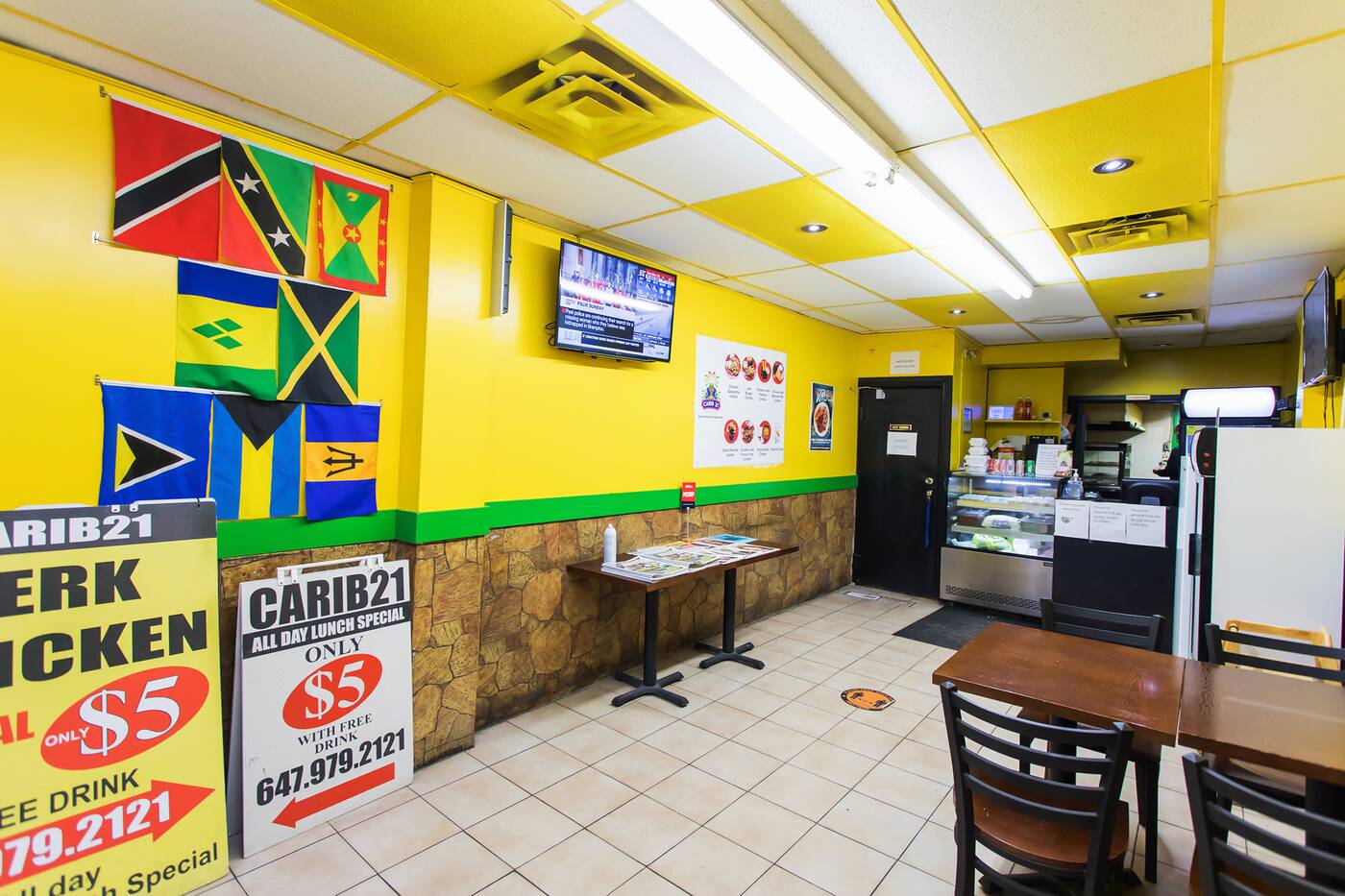 The theme inside stays consistent with bright yellow paint covering the walls and ceiling. With just a few tables, the restaurant is mostly geared toward takeout. 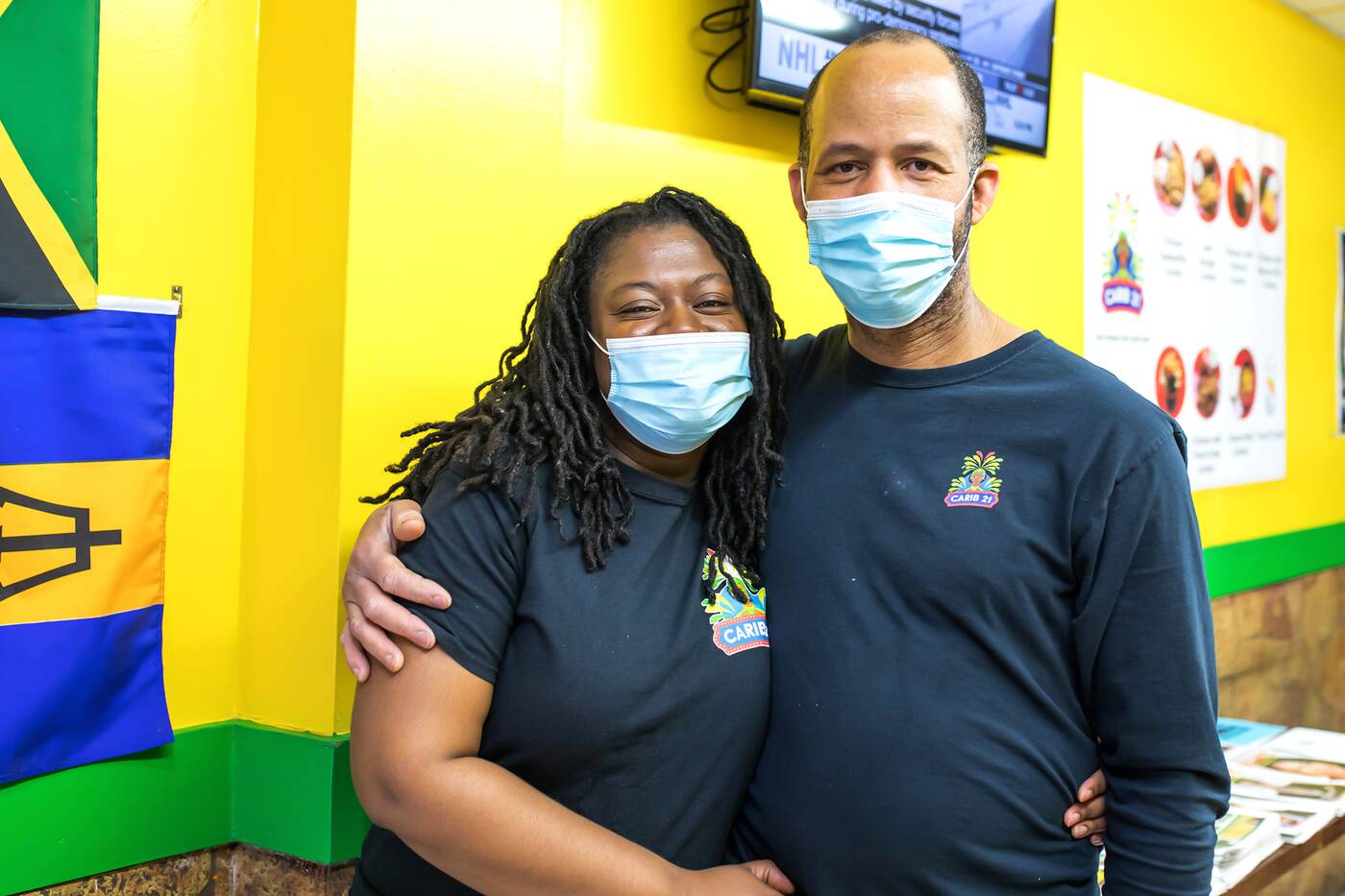 James Gregg opened the spot with his wife, Matthesa, after having a hard time finding a job in the hotel industry despite coming to Toronto with 18 years of experience back home in Jamaica and Bermuda.

He left his job working in the kitchen of a retirement home in order to open here. Matthesa can usually be found behind the counter helping out when she's not behind a desk at the University of Toronto or with their young kids. 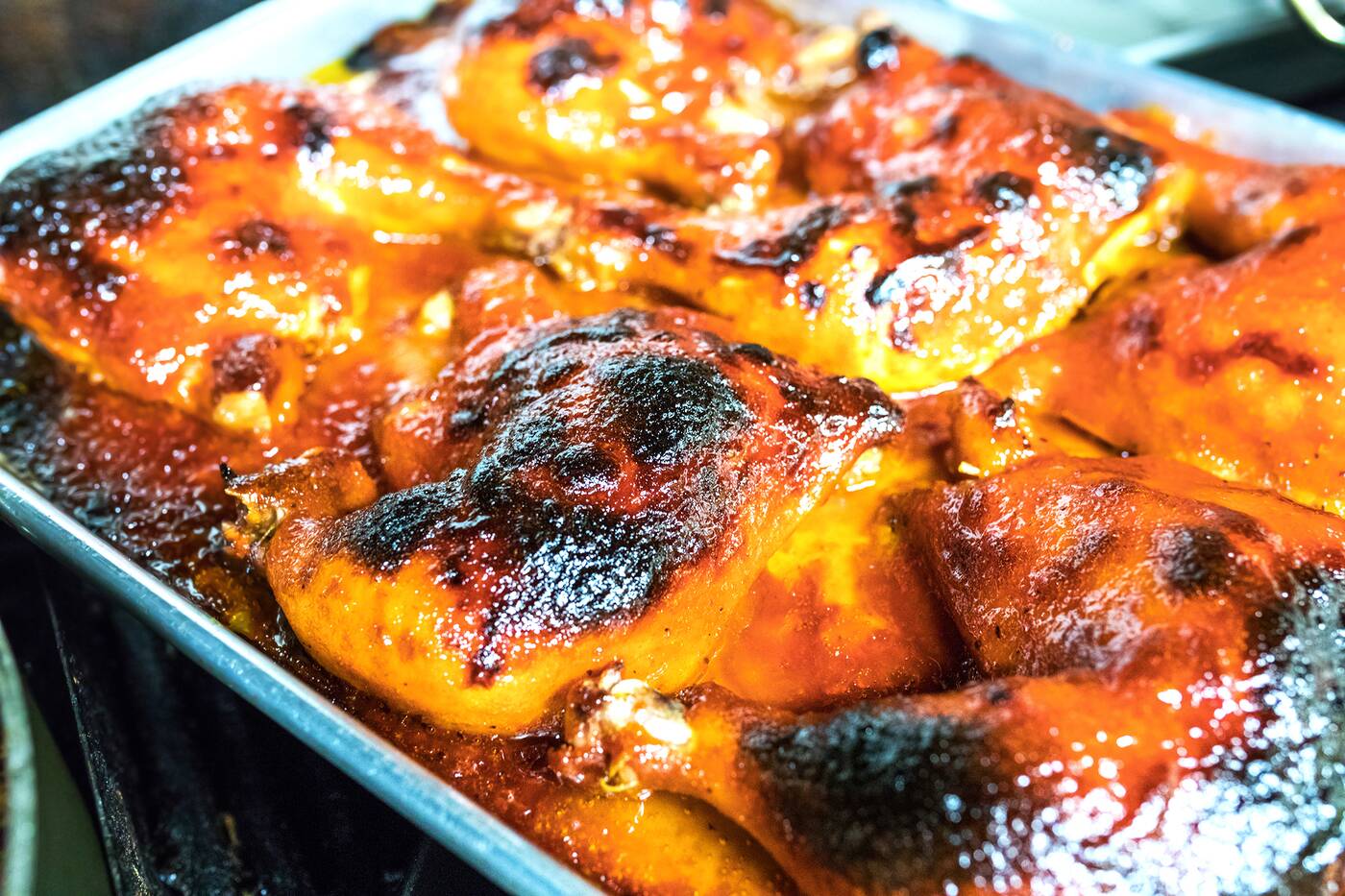 Although it might be hard to order anything besides the jerk chicken, which comes juicy as ever and is a great value, the slight spin on the typical Jamaican dishes keeps the simple seven-item menu exciting. 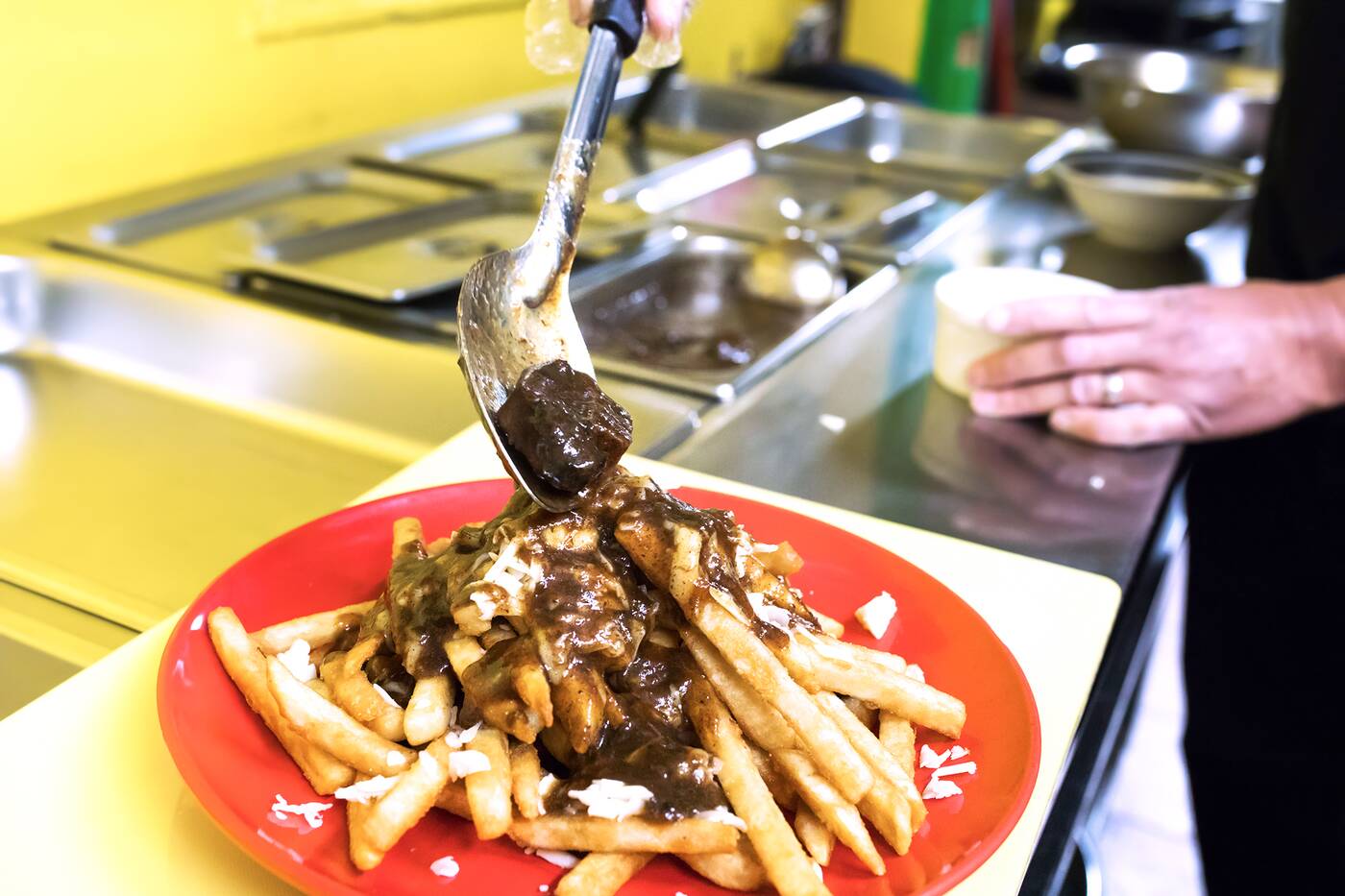 Their oxtail poutine combines a Caribbean staple with a Canadian favourite. The pile of fries, oxtail gravy and cheese is topped with two pieces of oxtail. 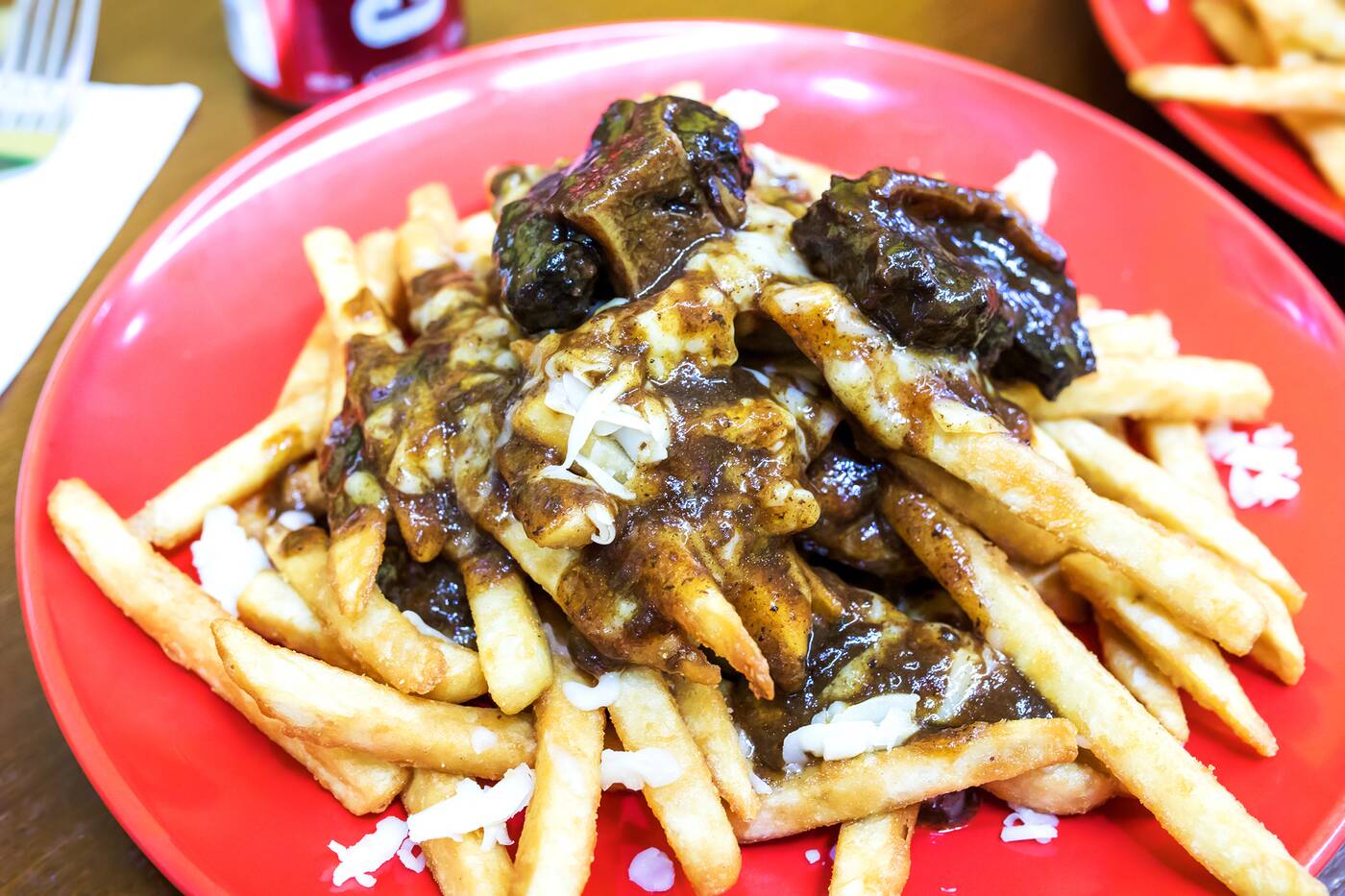 I was slightly disappointed that their take on poutine didn't include cheese curds and also felt it a bit of a shame that the oxtail meat wasn't shredded into the gravy allowing for a bit of meat in every bite.

The thick and rich oxtail gravy is delicious however and has you forgetting about the lack of cheese curds. 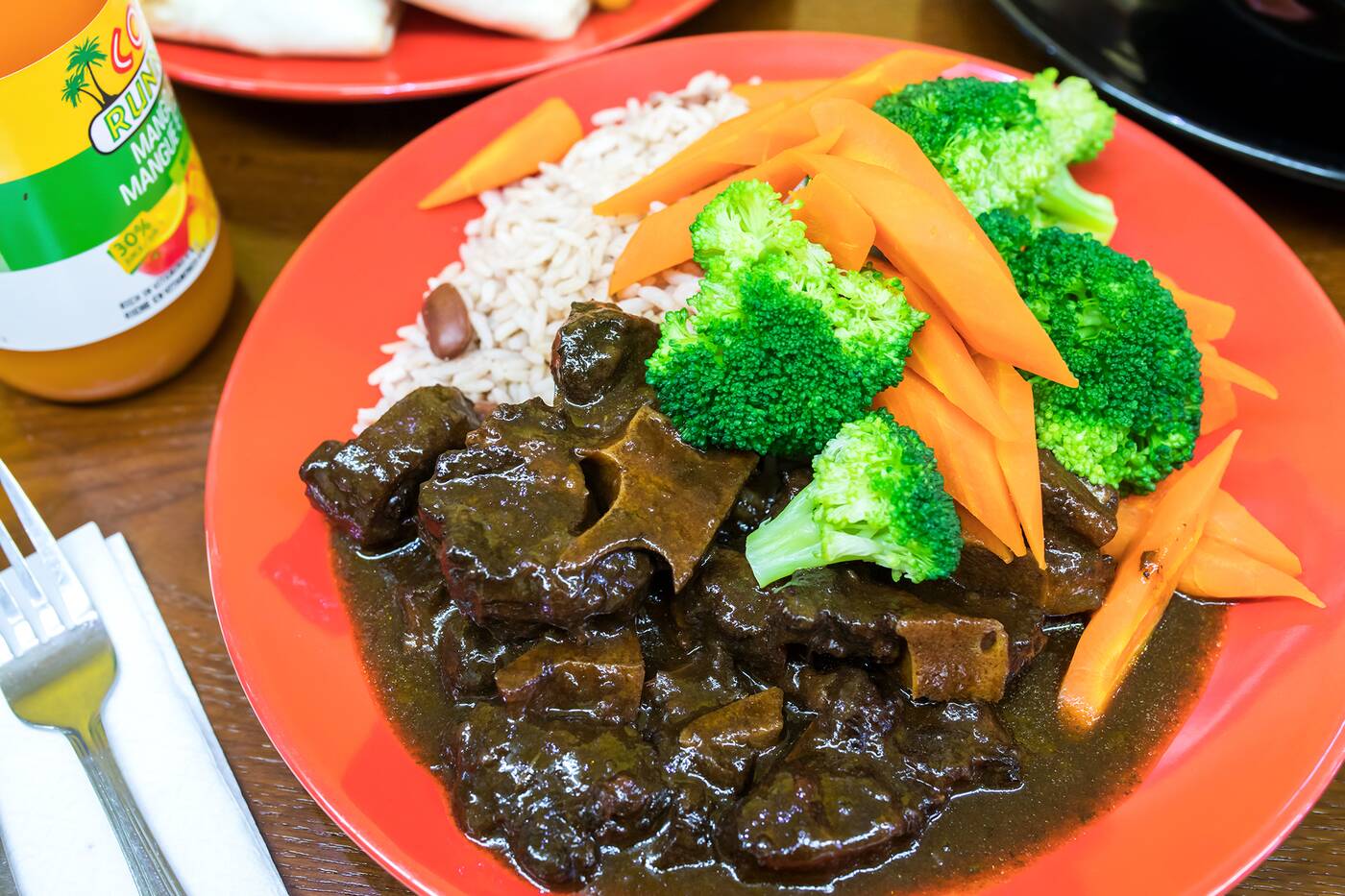 The tender oxtail (medium: $11, large: $13.50) can also be ordered off the regular menu with rice and peas and steamed veggies. Although this isn't included in the lunch deals, the portions are quite generous for the extra cost. 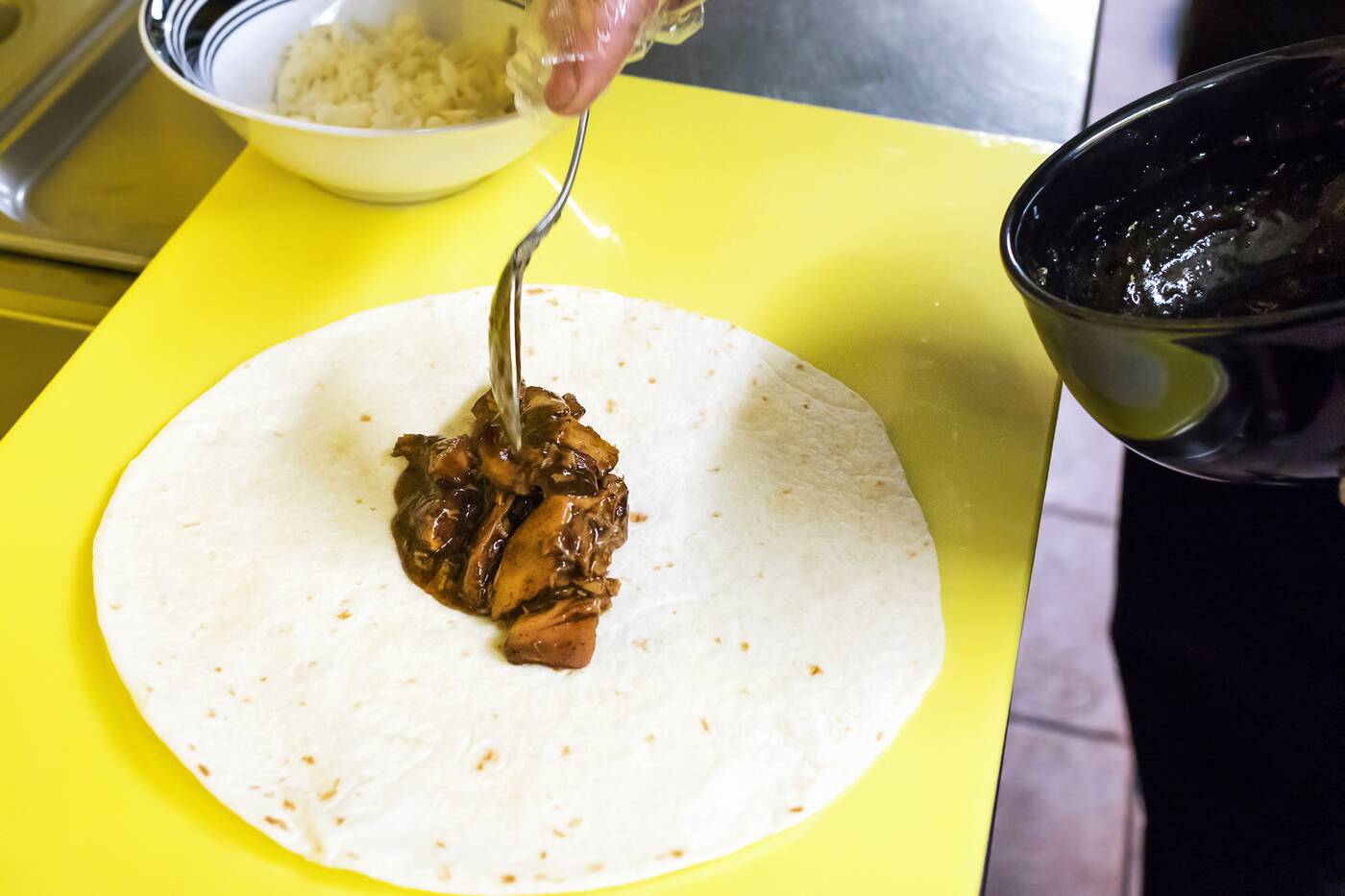 Another combo that's not usually featured at Caribbean restaurants around the city is the quesadilla; theirs is filled with jerk chicken. 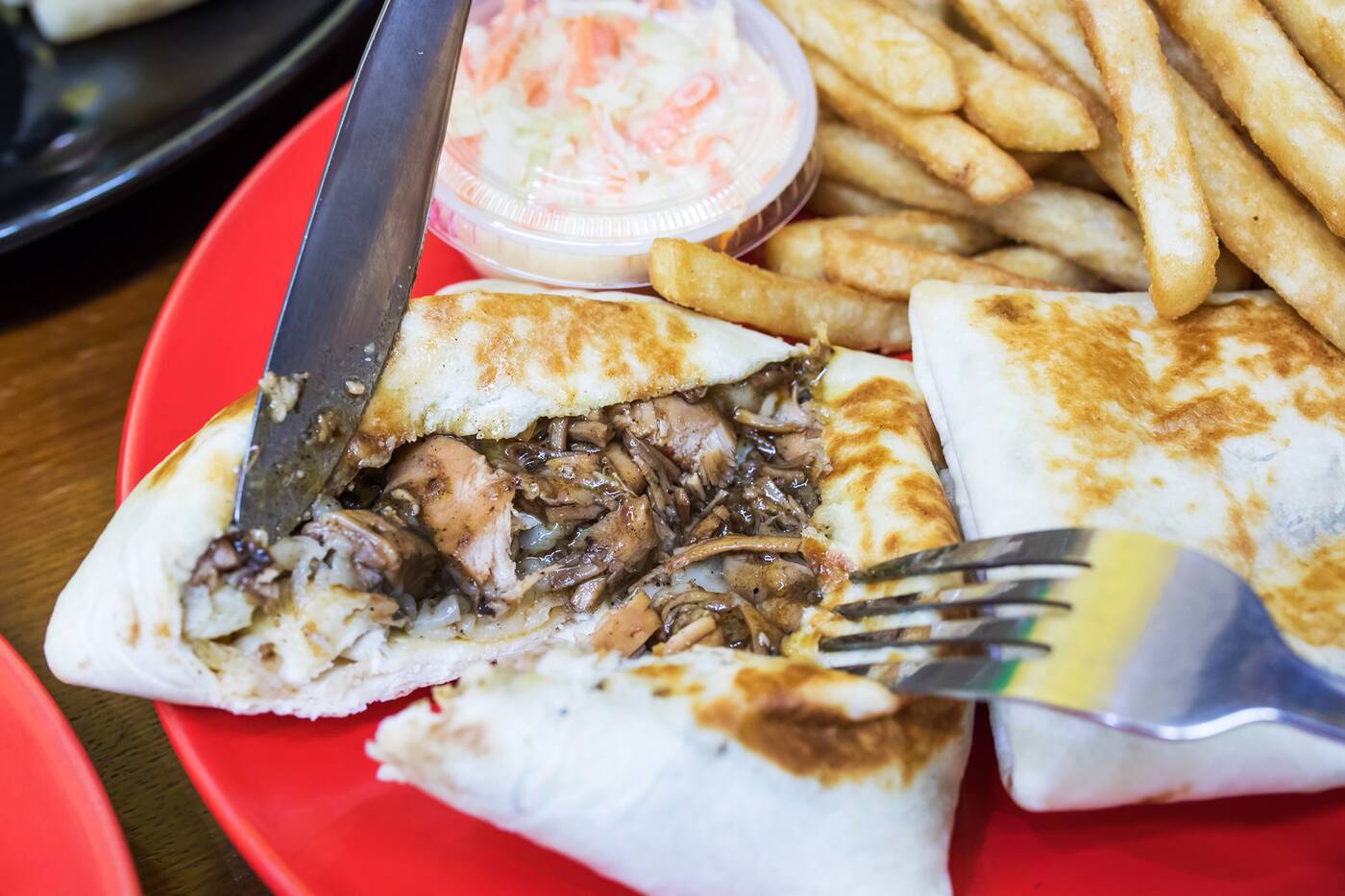 Shredded cheese and chicken are the wrap's only contents. Though hot peppers or some other grilled vegetable might've added something, there's no denying that the jerk sauce carries the dish, providing plenty of flavour on its own. 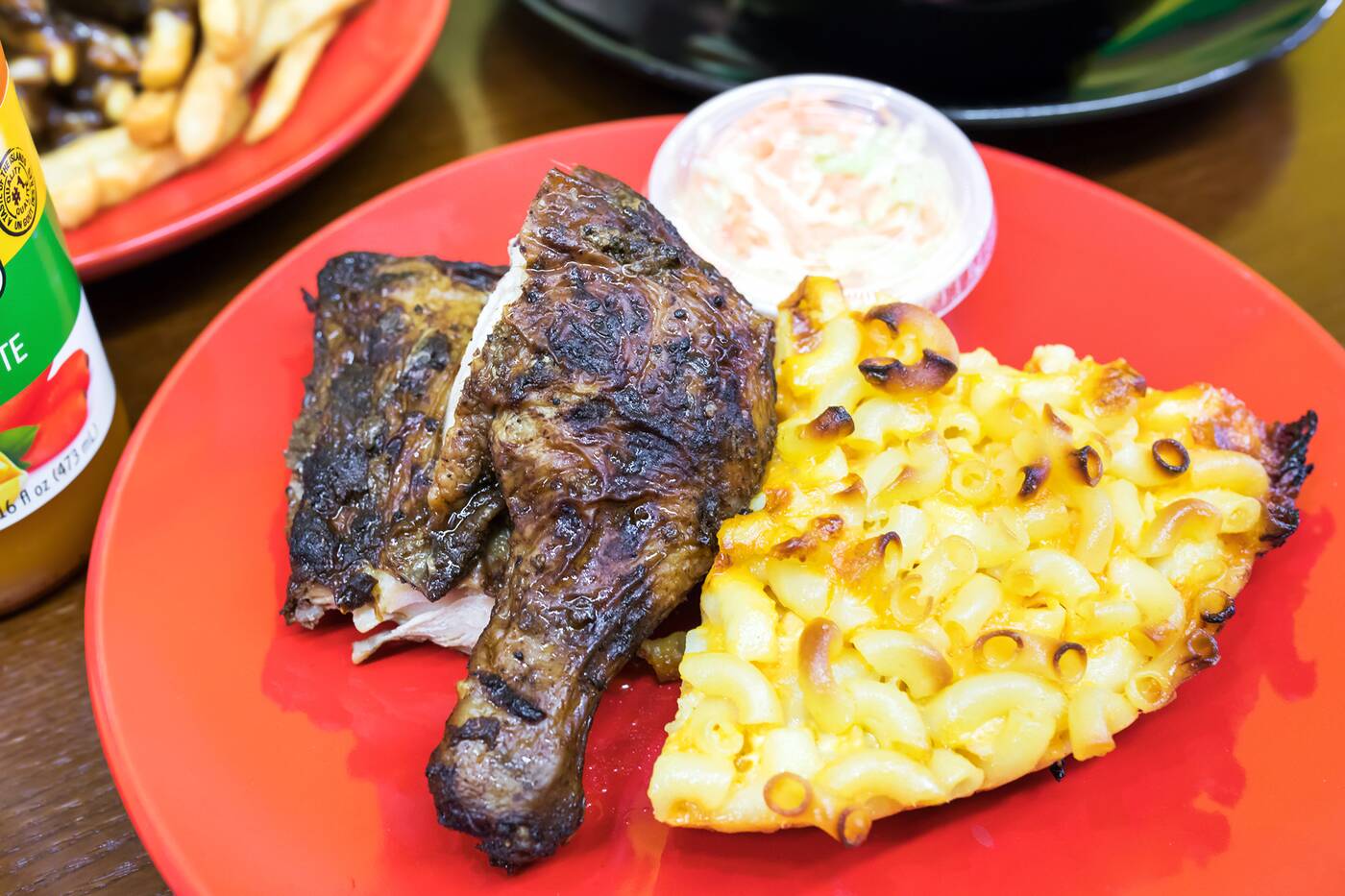 There's also a jerk chicken with a slice of macaroni pie. A side of their hot sauce, prepared with scotch bonnet peppers and a splash of a homemade pina colada mix, can be poured over the chicken or added to any other dish. Though don't do so too liberally as it provides quite a hot kick. 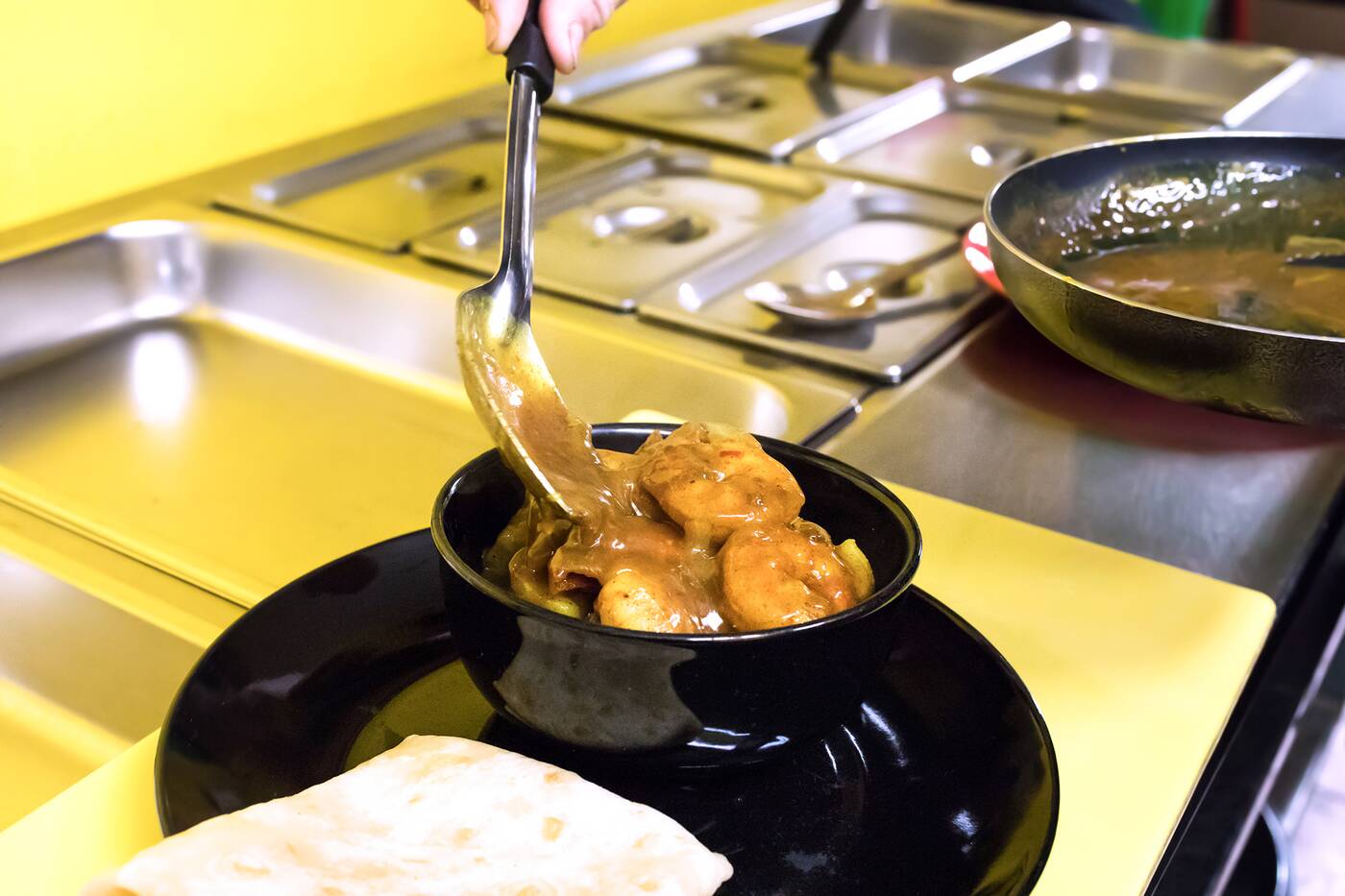 The channa roti, which comes with the flatbread on the side, is served with either a chicken, goat or coconut curry shrimp poured over potatoes and chickpeas. 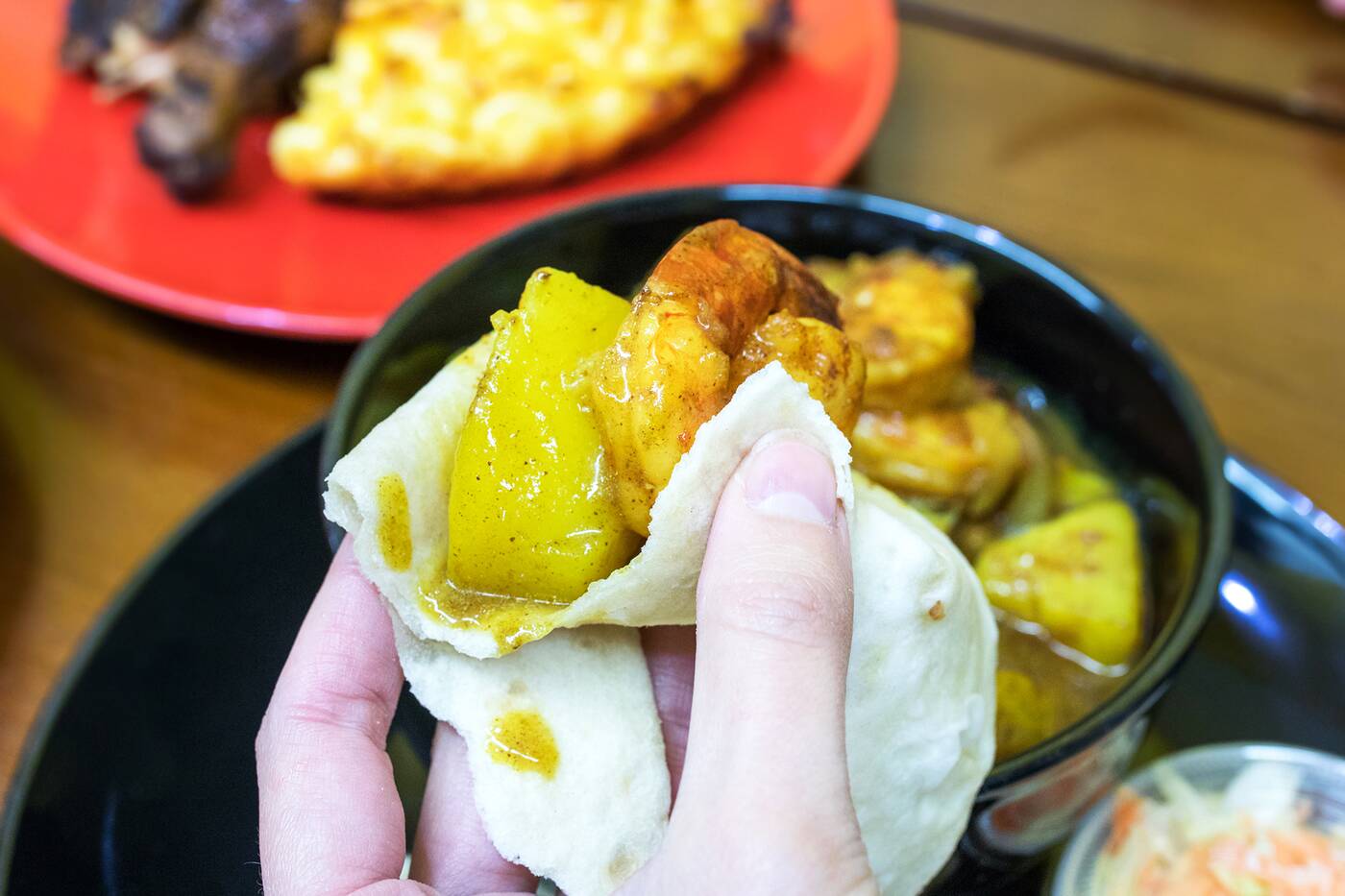 Made fresh to order and with about five large shrimps for the shrimp option, it's one of the heartiest meals on the menu. 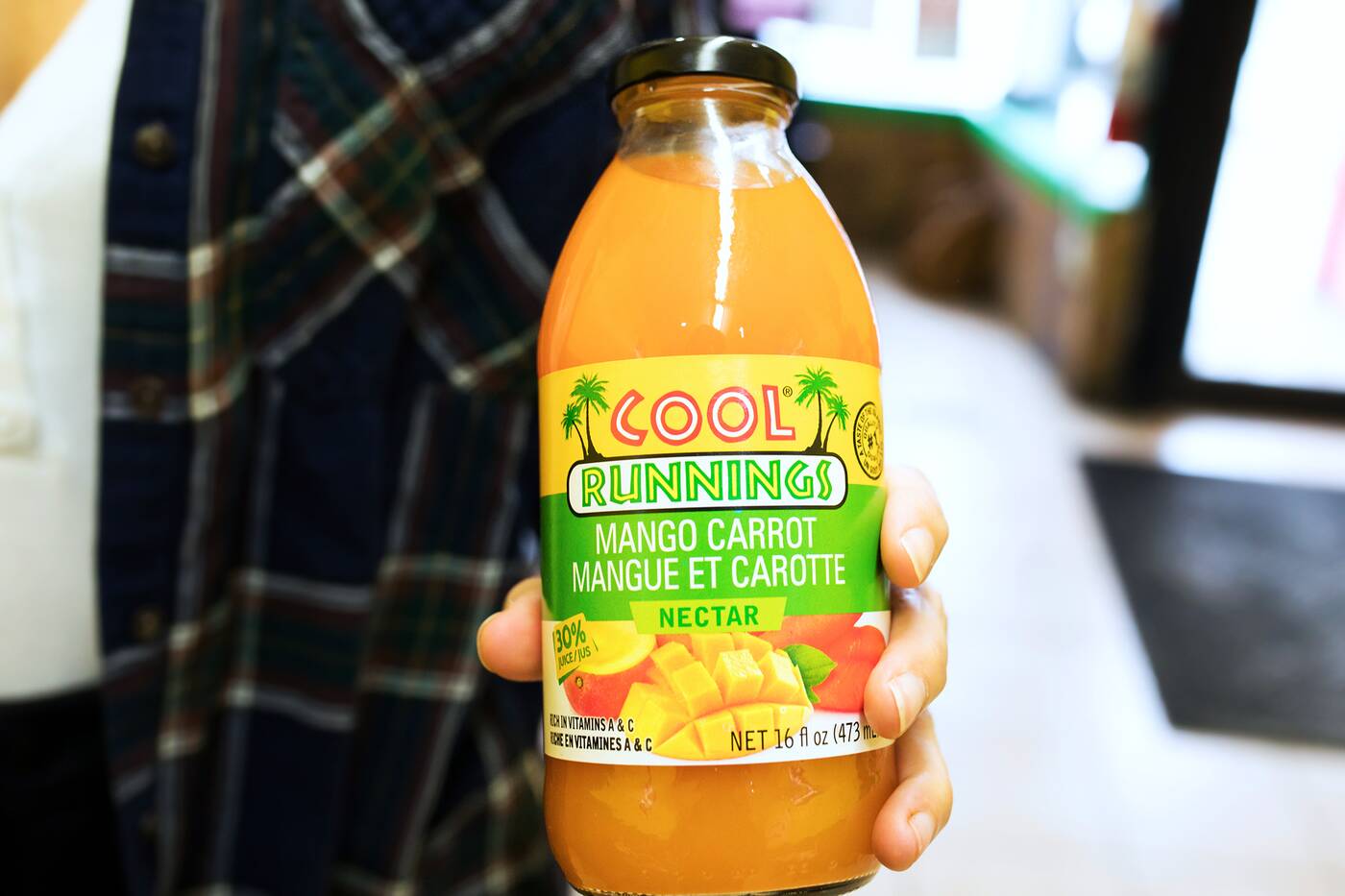 Each meal comes with a President's Choice soda while the fridge is stocked with other Caribbean drink favourites like Cool Runnings juices.

Requiring not much more than $5 for substantial meals like jerk chicken and curry roti, Carib 21 is a great spot for anyone in search of Jamaican food on a budget to pop in for lunch. 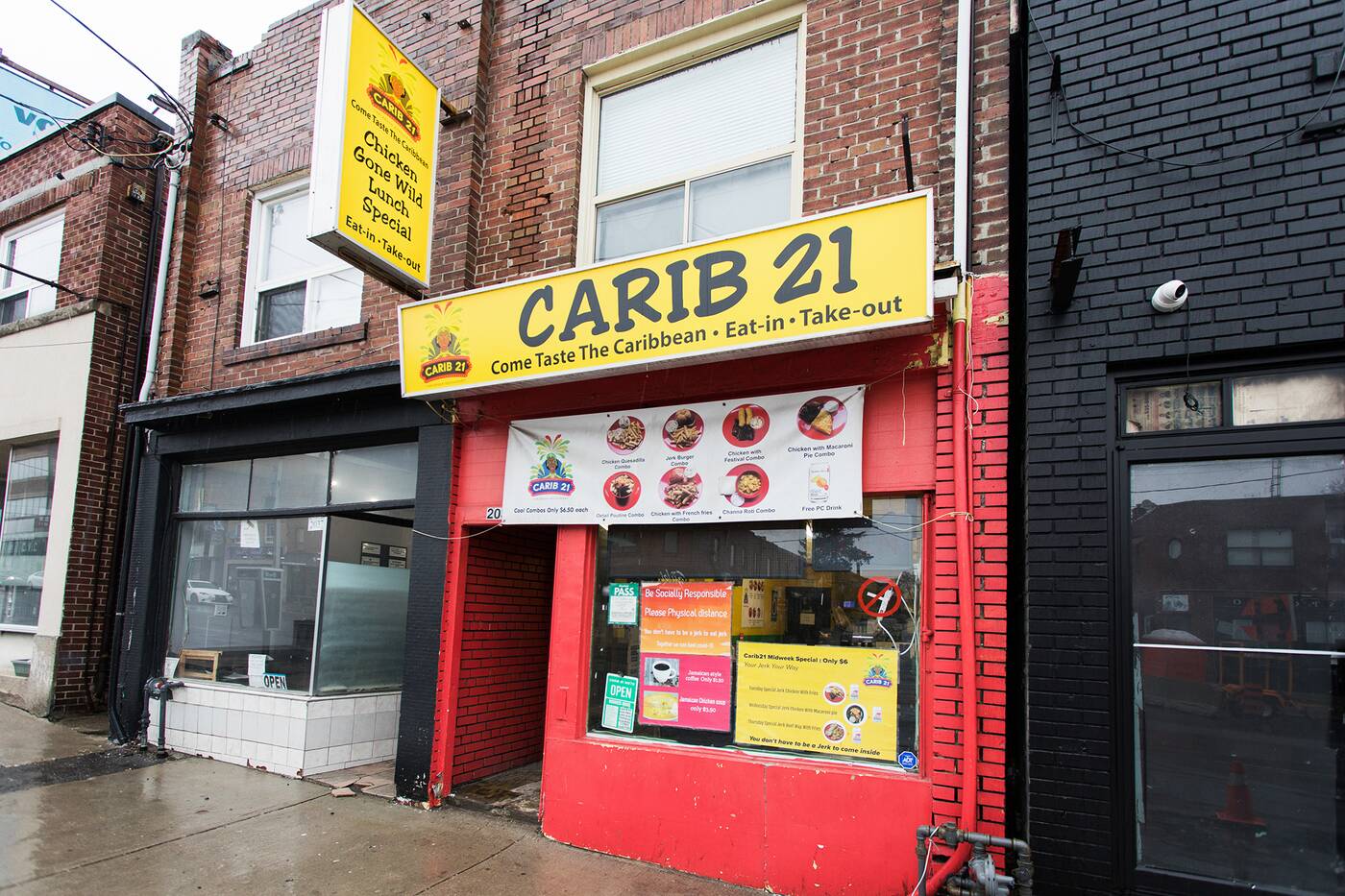