Campo Food Hall is like entering a portal to Spain right off of King West. The sprawling space encompasses a bodega, Spanish-style deli, a bar and bakery, build-your-own salad or grain bowl station, and an Elxr juice bar.

It's also home to a full service restaurant at the back called Labora. 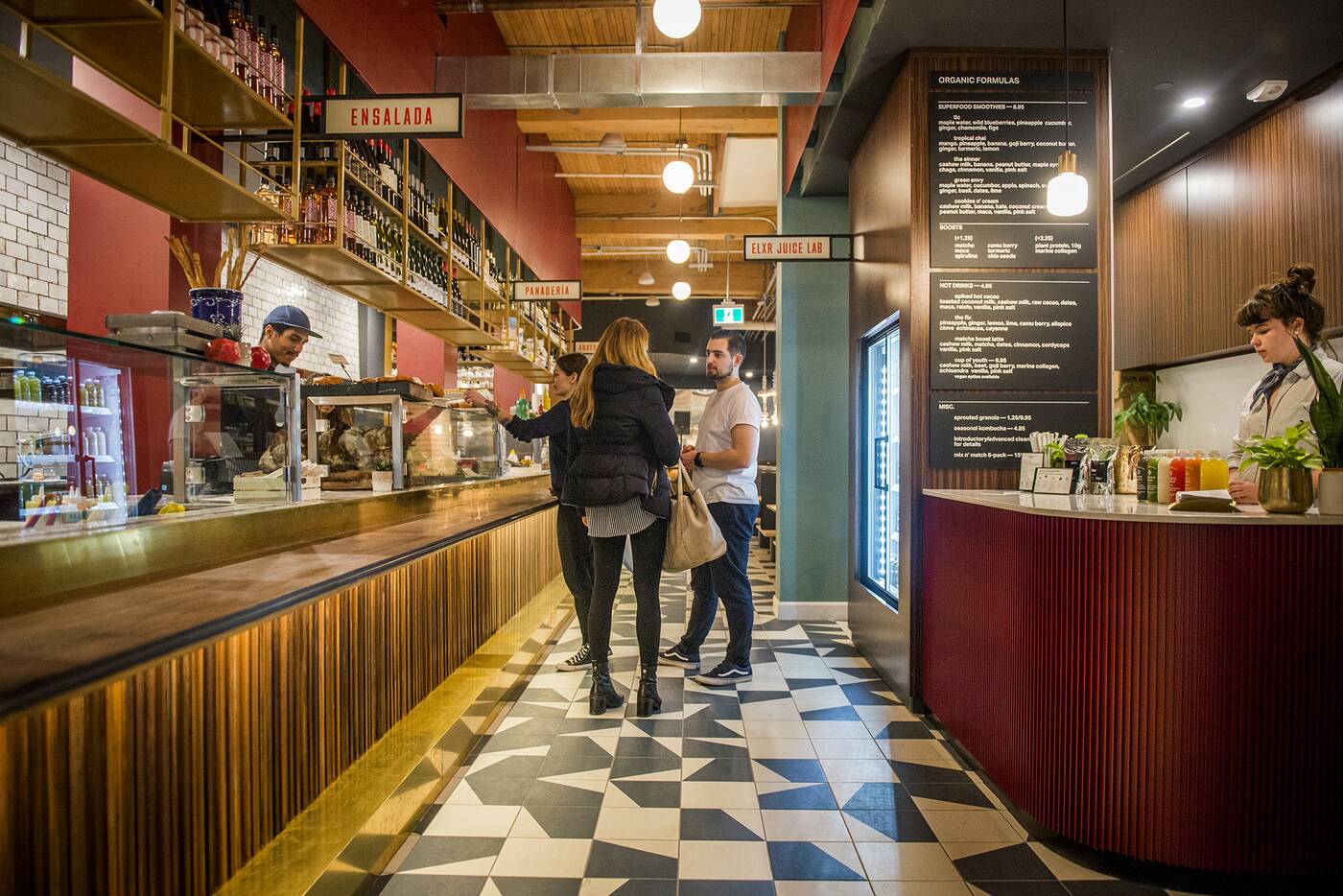 The concept is the brainchild of Rob Bragagnolo (Marben, Carver) and is intended to mimic the food markets of Spain. 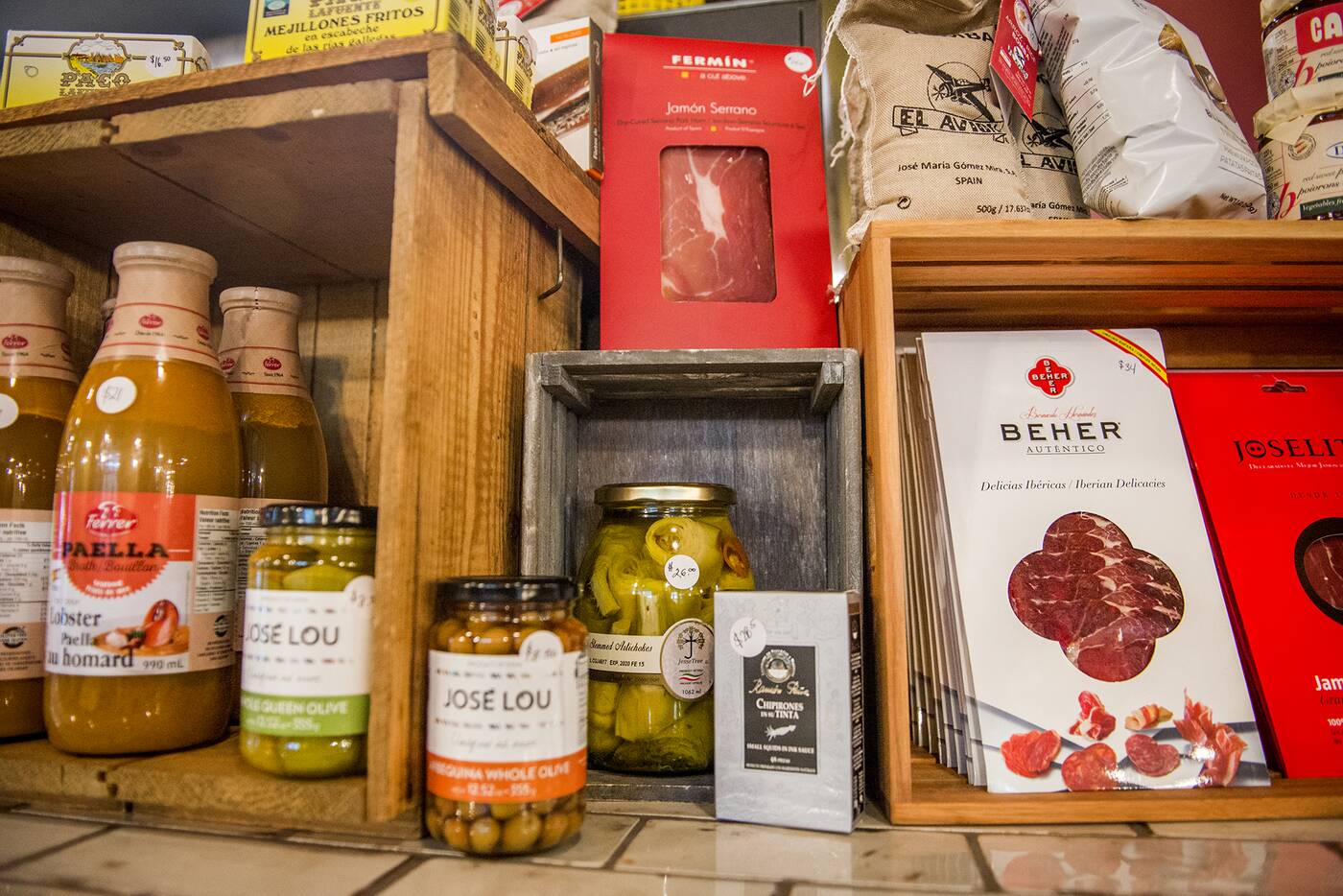 The long, narrow, and dim space is brought to life by inventive patterning and luxe seating from Commute Design, highlighted by a wooden communal table that takes centre stage in the Labora space. 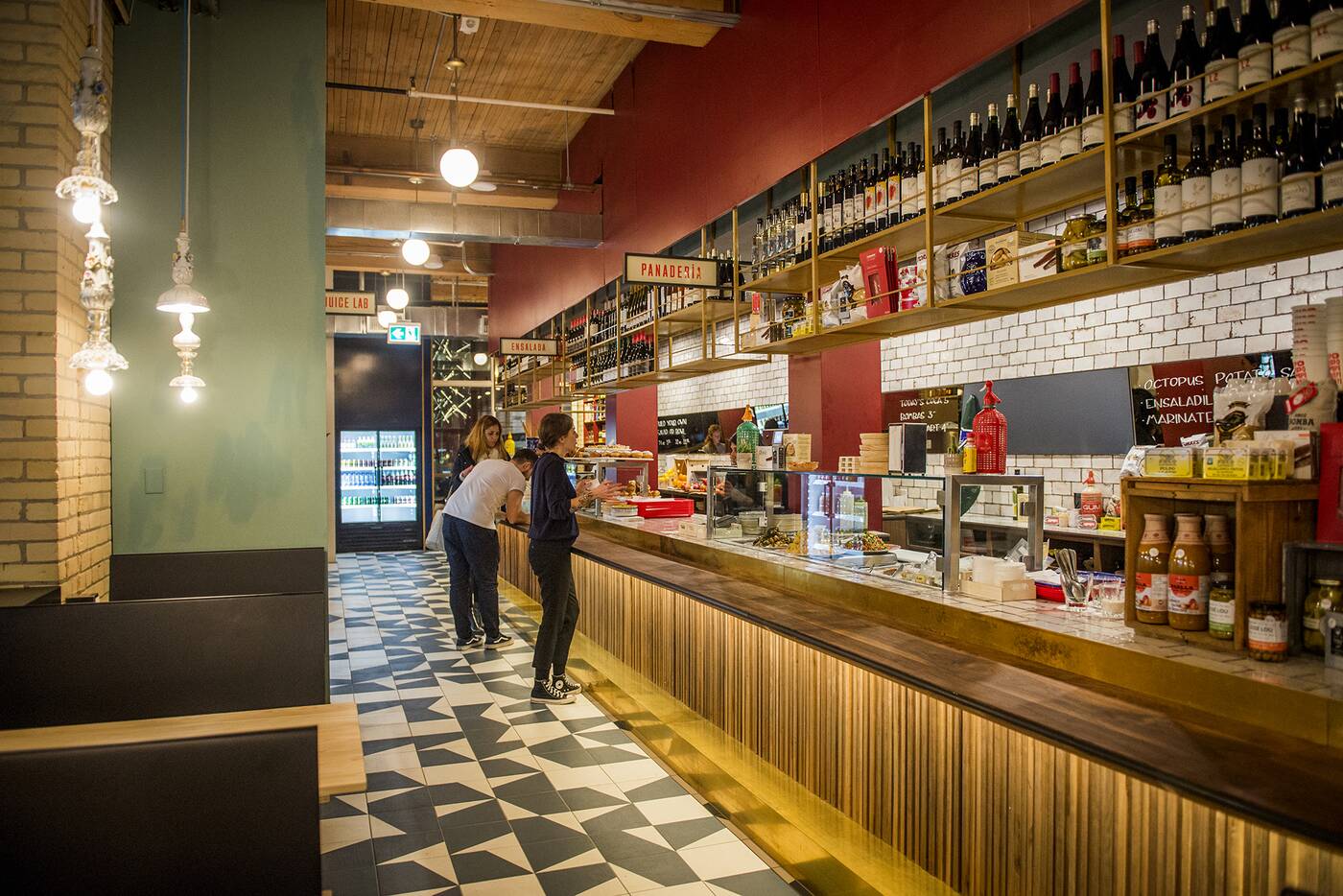 You can order at the counter, pay, and grab a seat back here, or be served tapas, prepared salads, jamon and wine and vermouth in three-ounce pours. 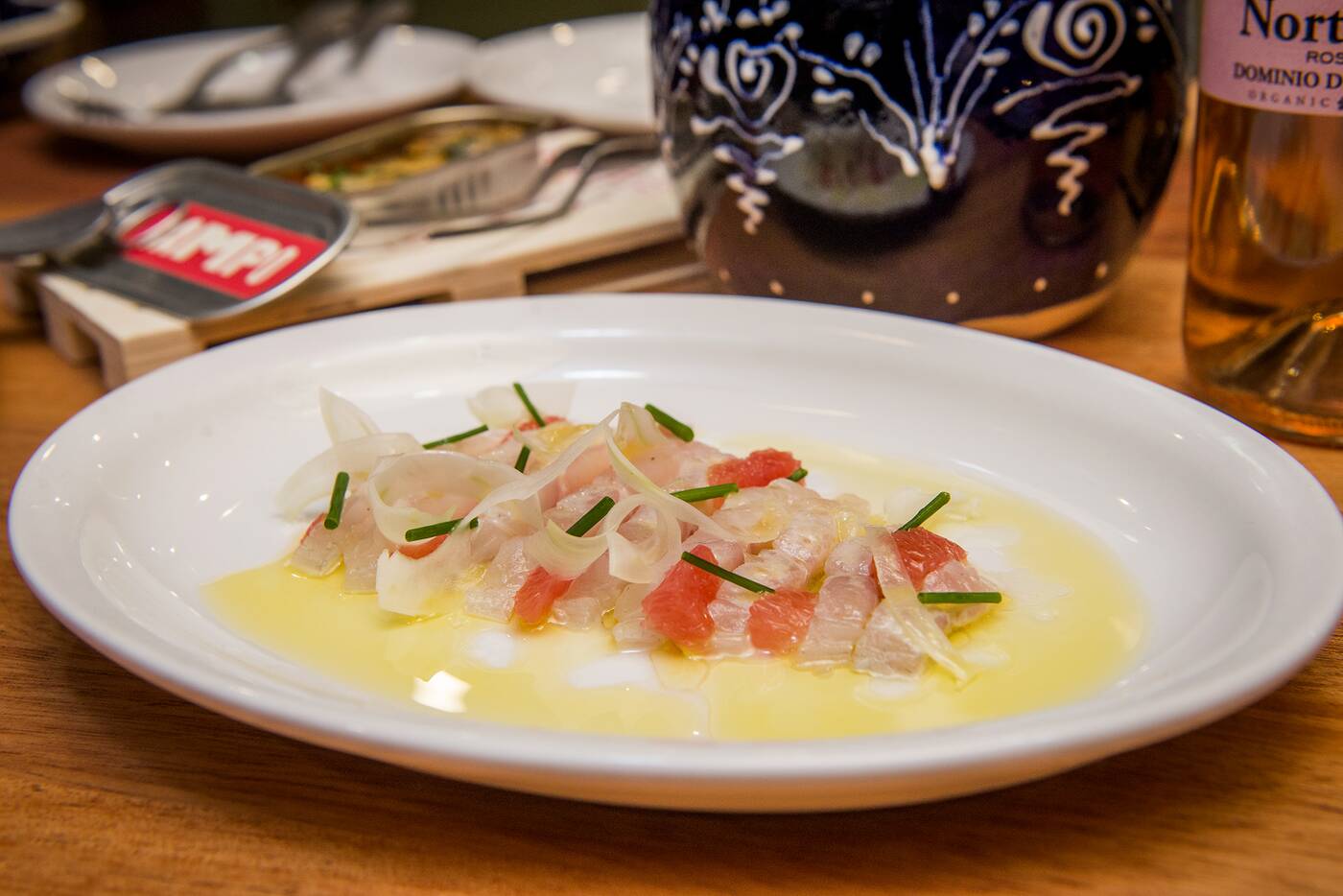 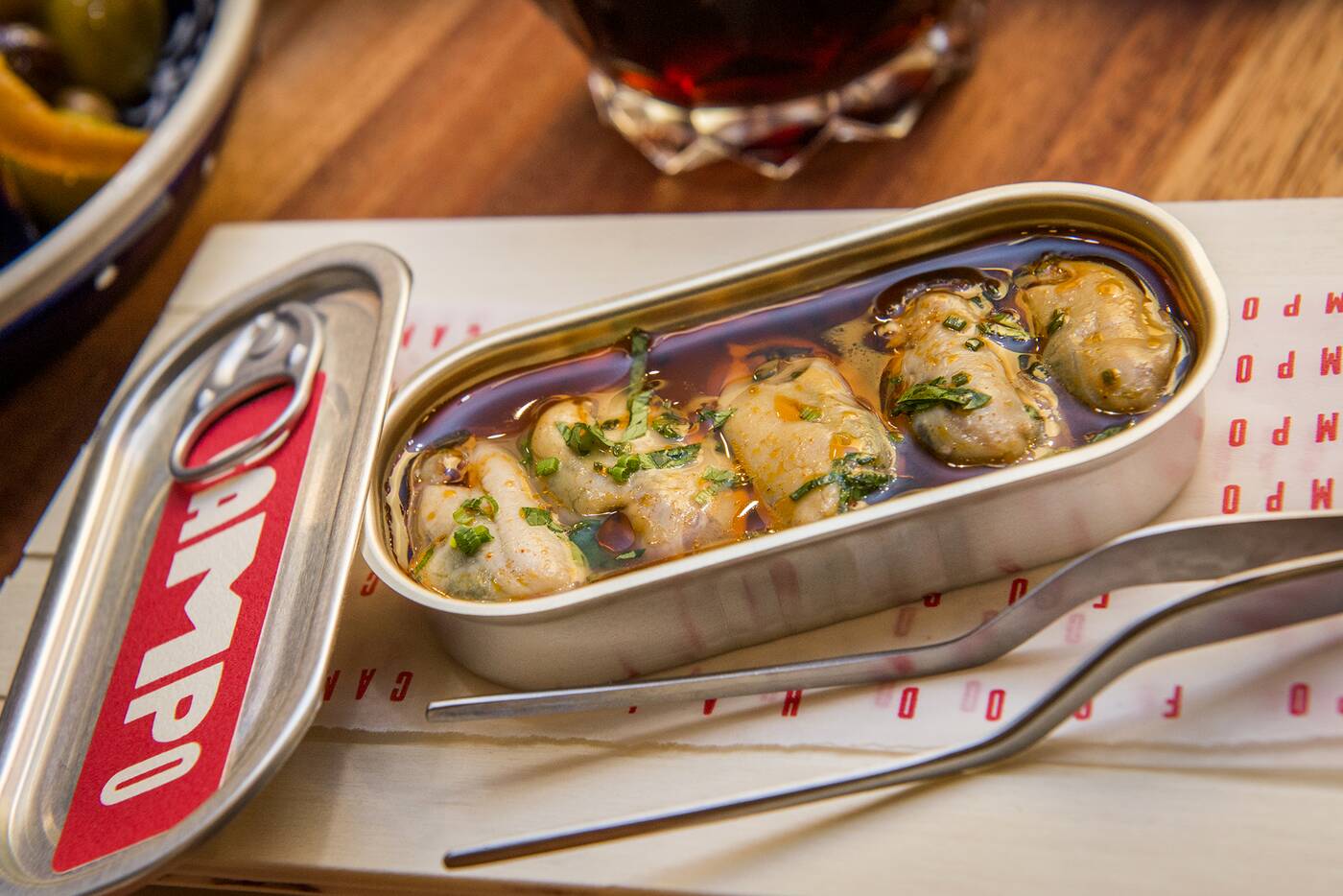 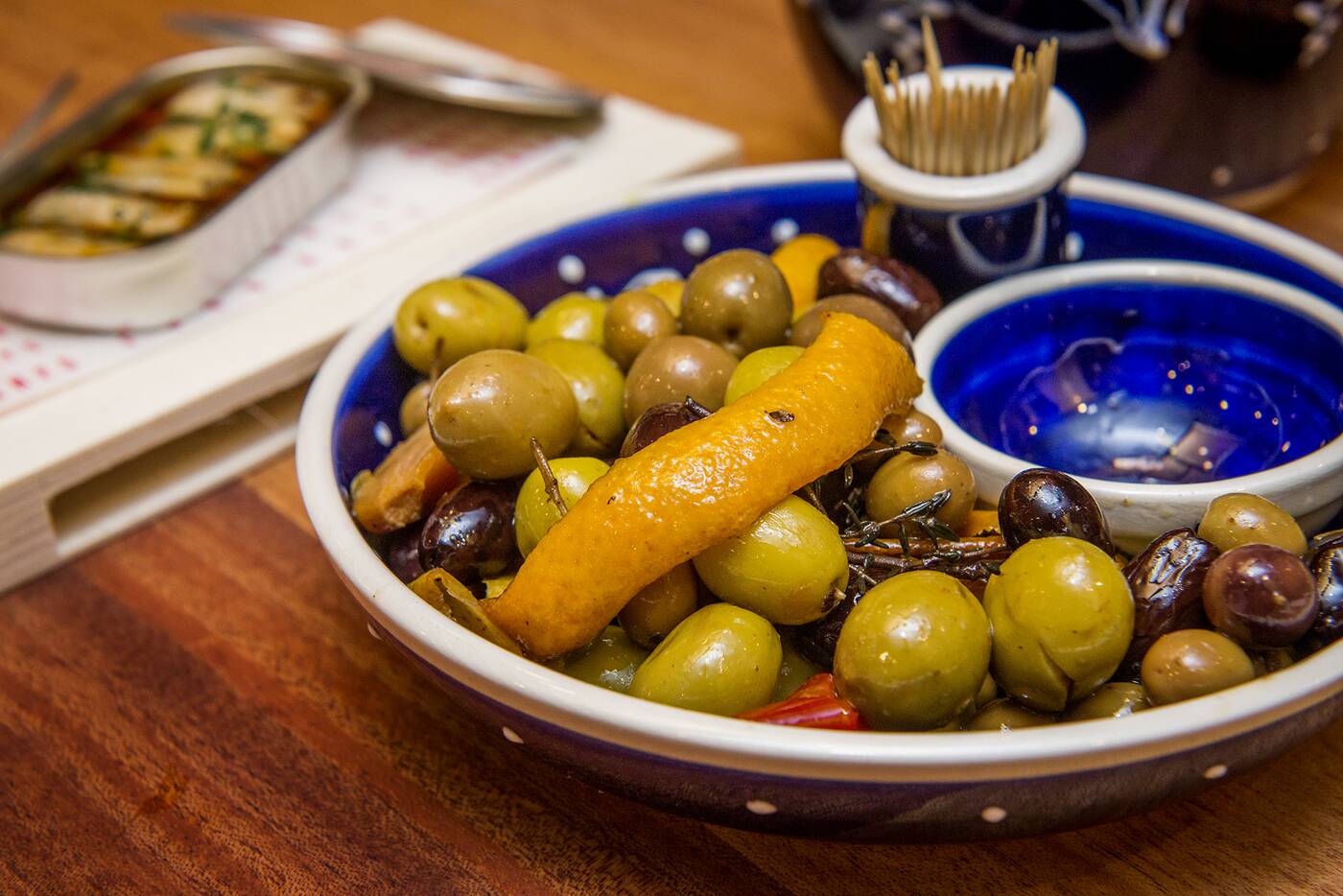 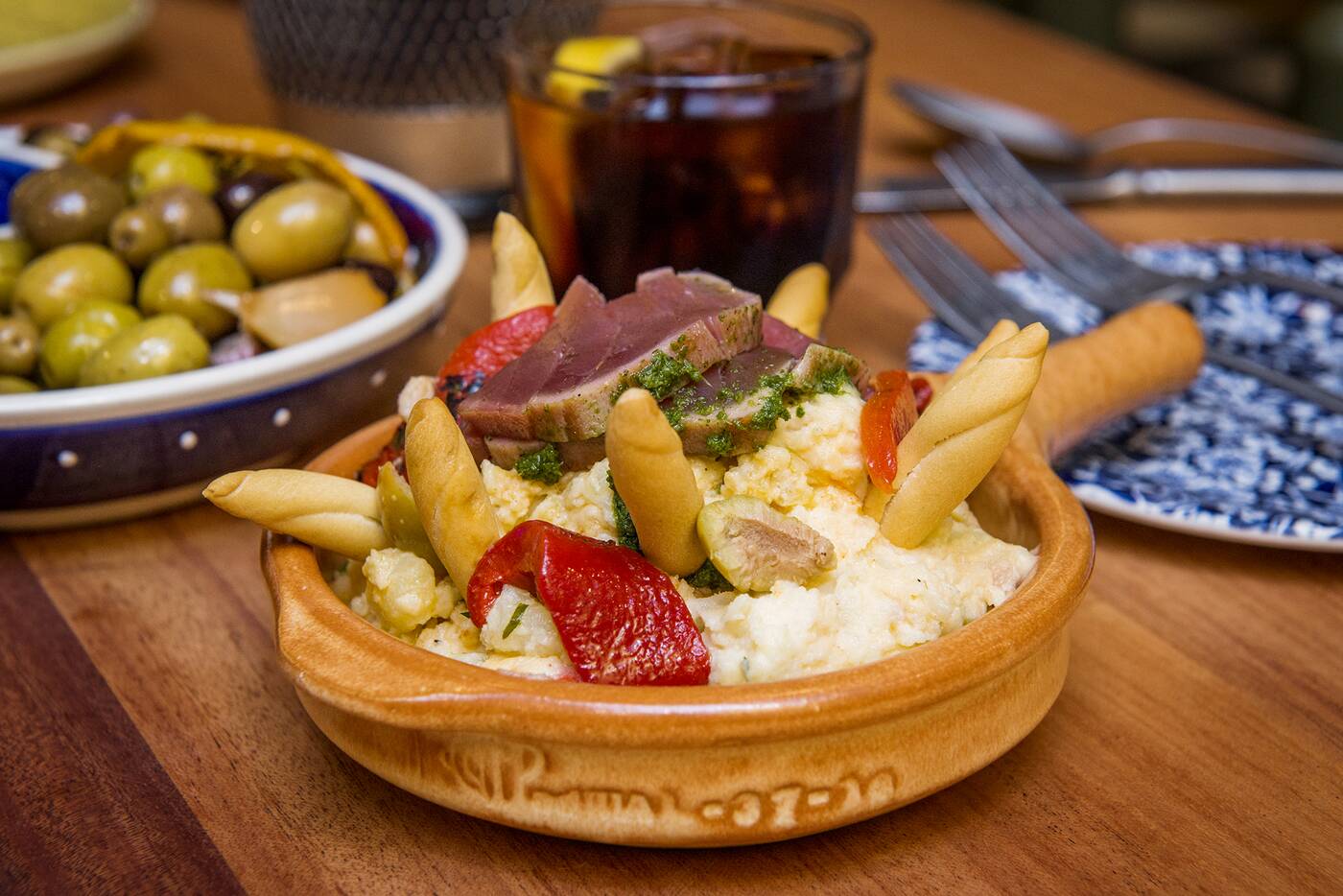 Bragagnolo tells me a concoction of potato salad with olives, peppers, and crunchy little bread sticks topped with barely seared tuna is a typical old man’s bar snack in Spain. If so, that’s where I’d enjoy growing old. 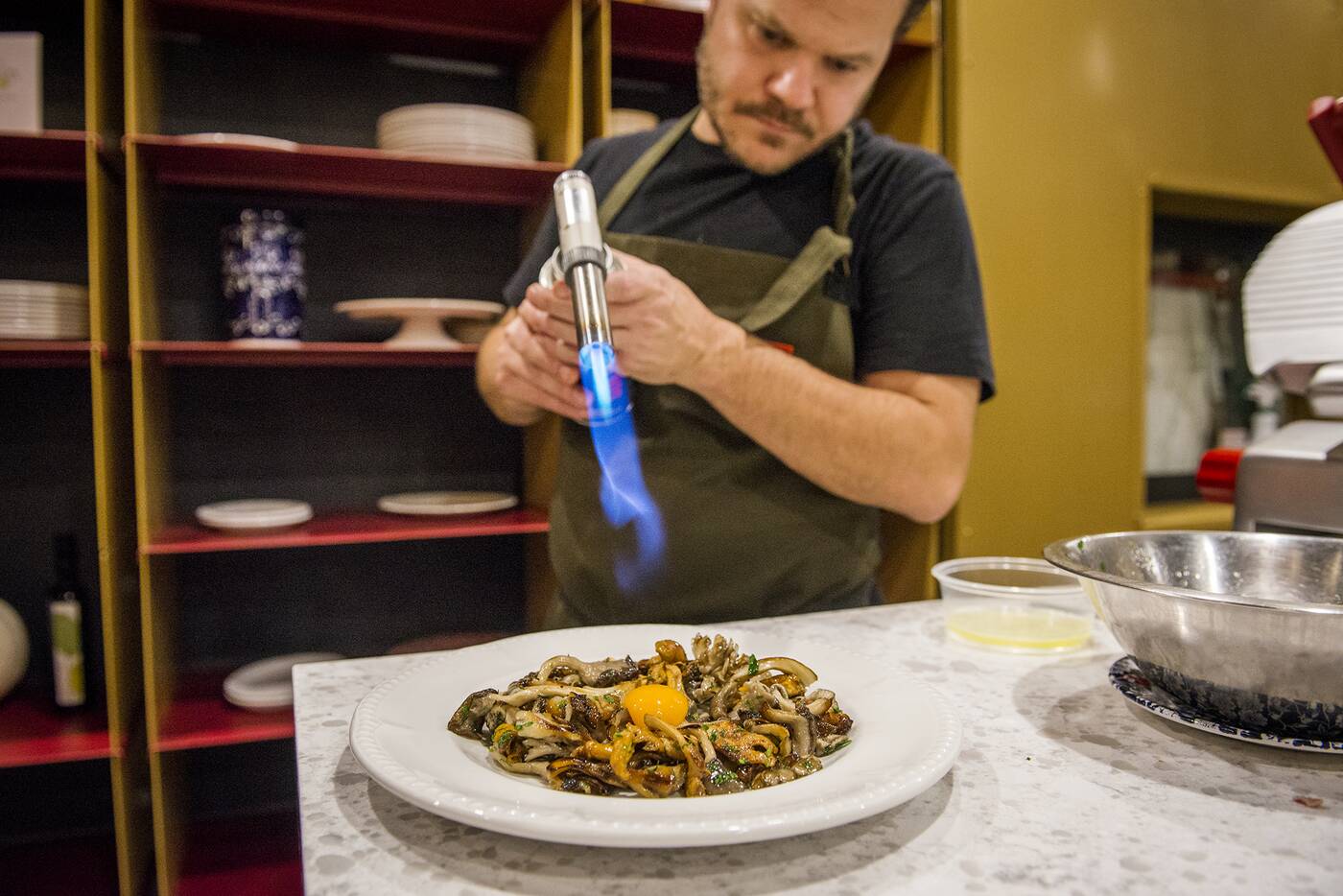 Ganbarra-style mushrooms ($15) are torched and served with an egg yolk. 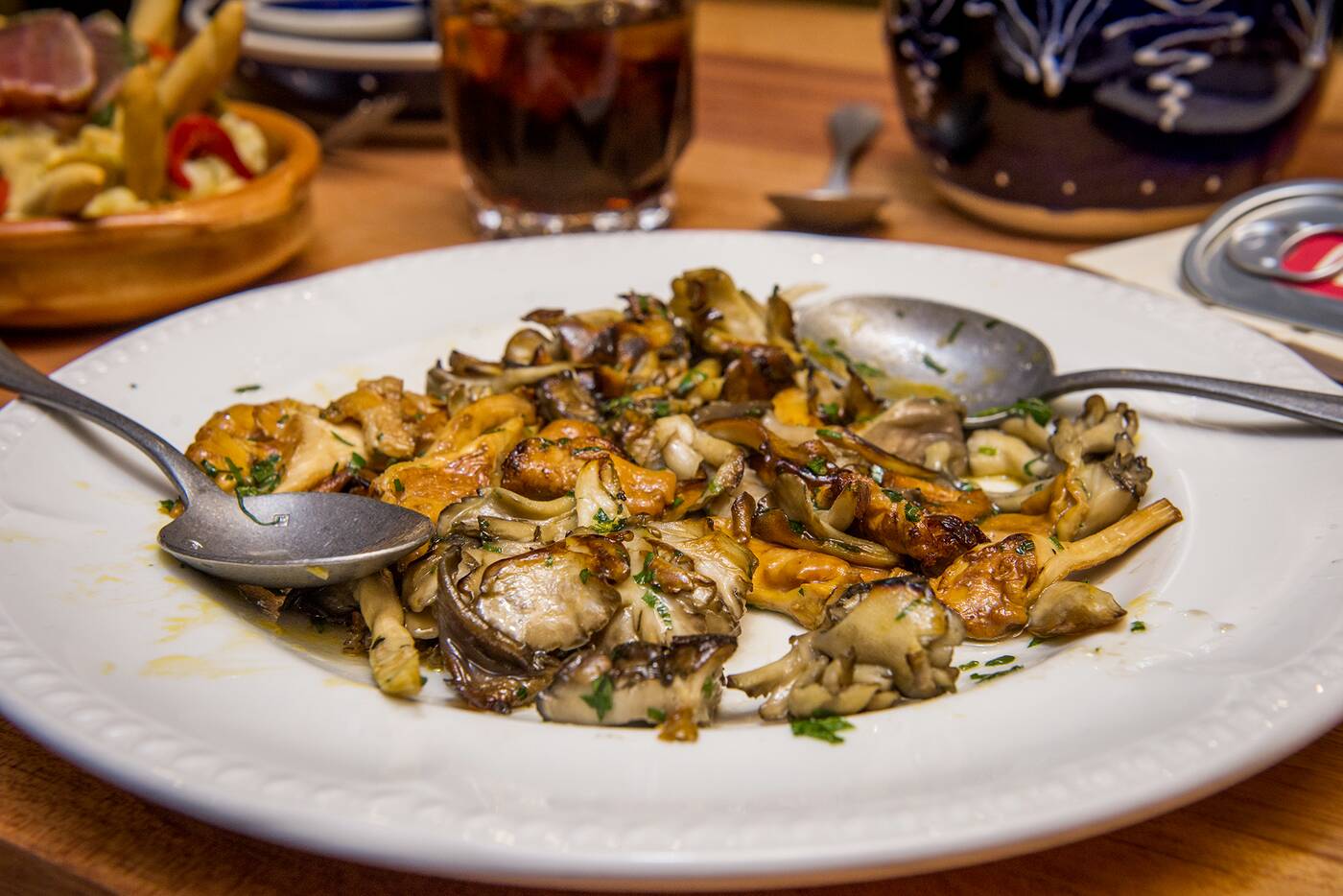 The impression is almost like that of a vegan tartare, rich, smoky flavour coming from the mushrooms combining with the creaminess of the yolk. 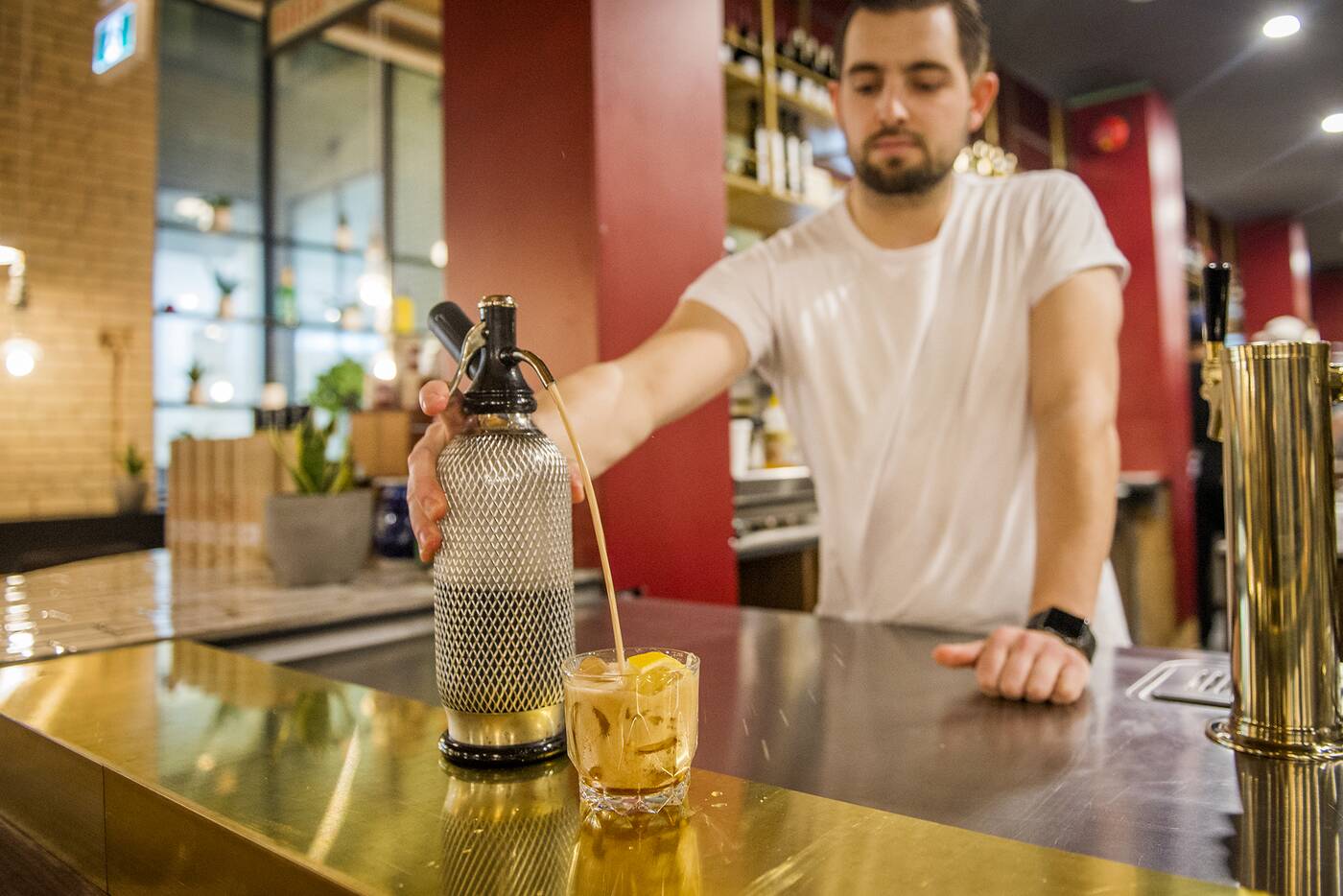 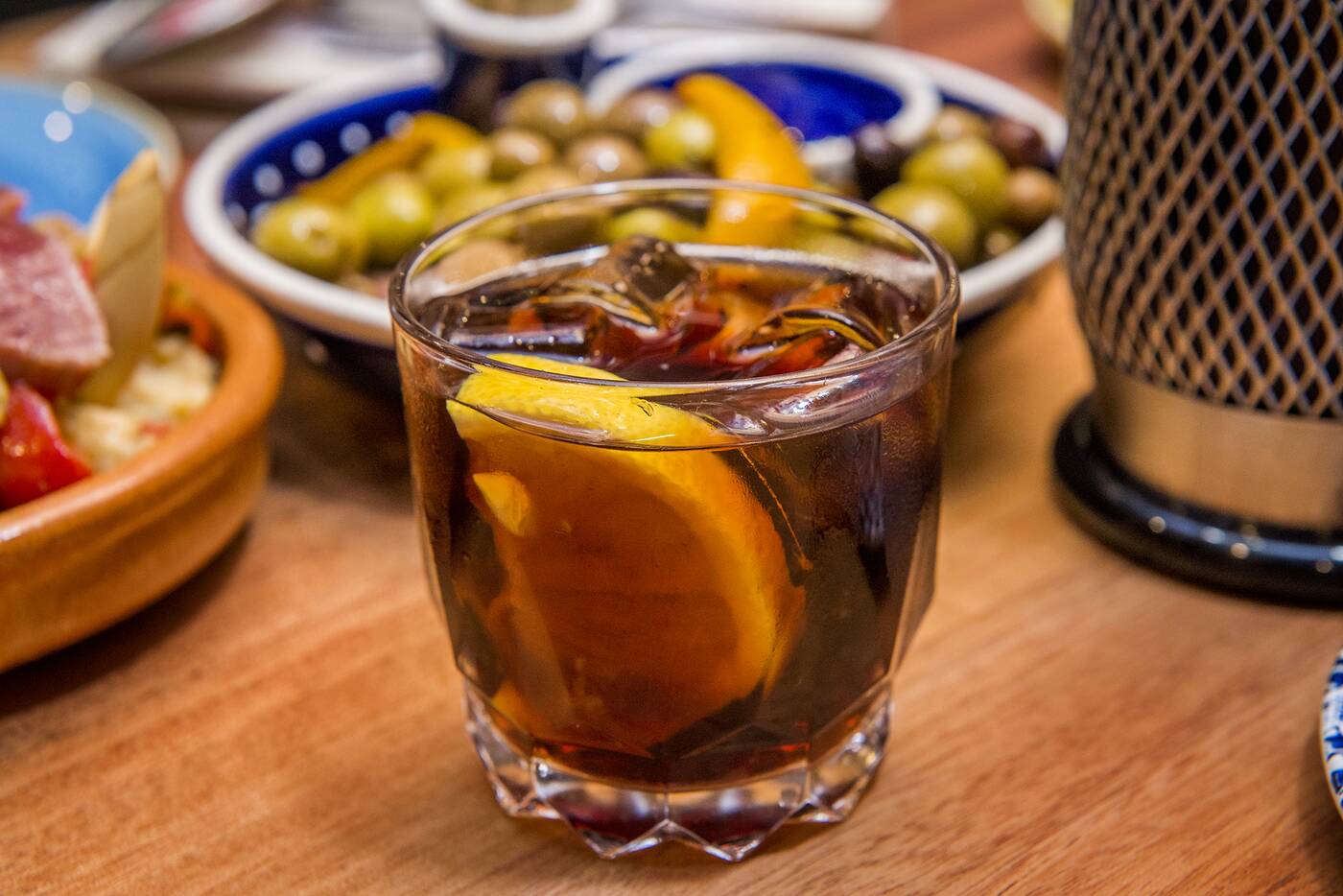 Iris Sweet Vermouth is carbonated to give the dark brown, bittersweet liquor the appearance of cola. The illusion is completed with lemon juice and a thick lemon wedge.

The Spanish-style bakery retails sweet treats like donuts as well as bread from the Drake Commissary. 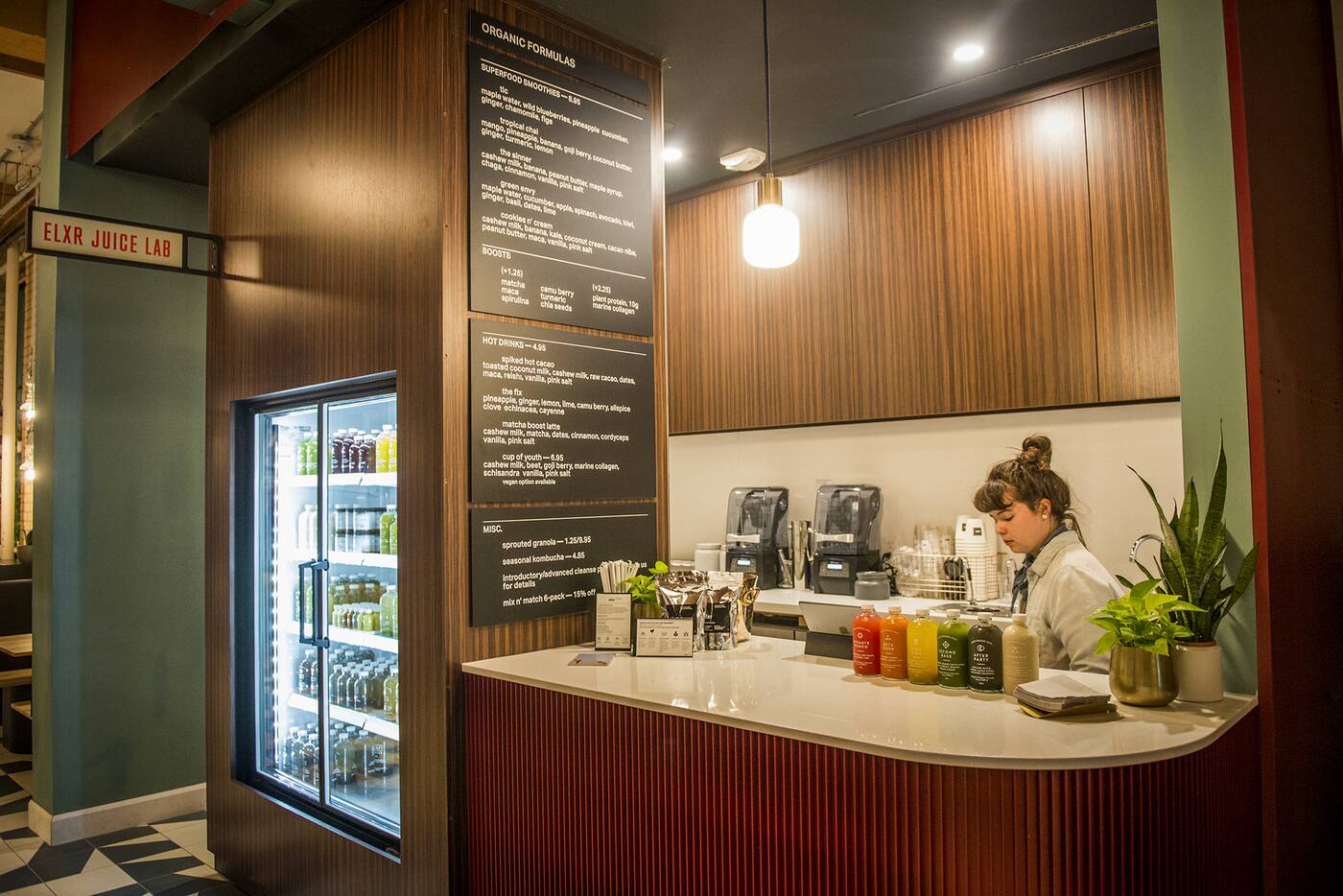 The Elxr juice bar caters less to the slow food crowd that might want a glass of wine at lunch and more to those quickly gearing up for spin classes next door at SoulCycle. 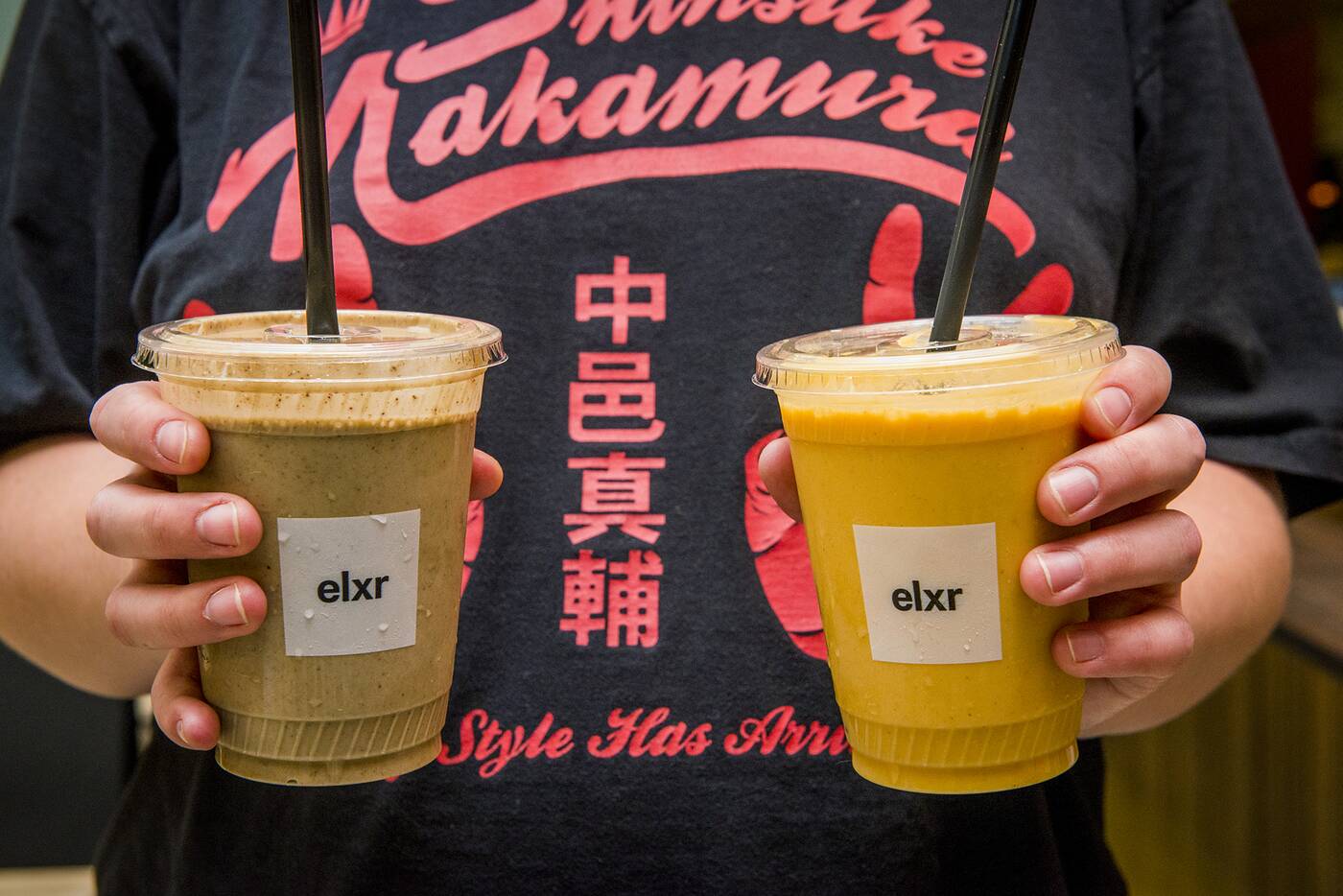 Superfood smoothies ($8.95) are alternately sweet like the Cookies n’ Cream with cacao nibs, peanut butter, kale and banana, or more intense like the Tropical Chai with ginger, turmeric, lemon, mango and pineapple. There are also hot superfood drinks like the Cup of Youth ($6.95) with beet and collagen. 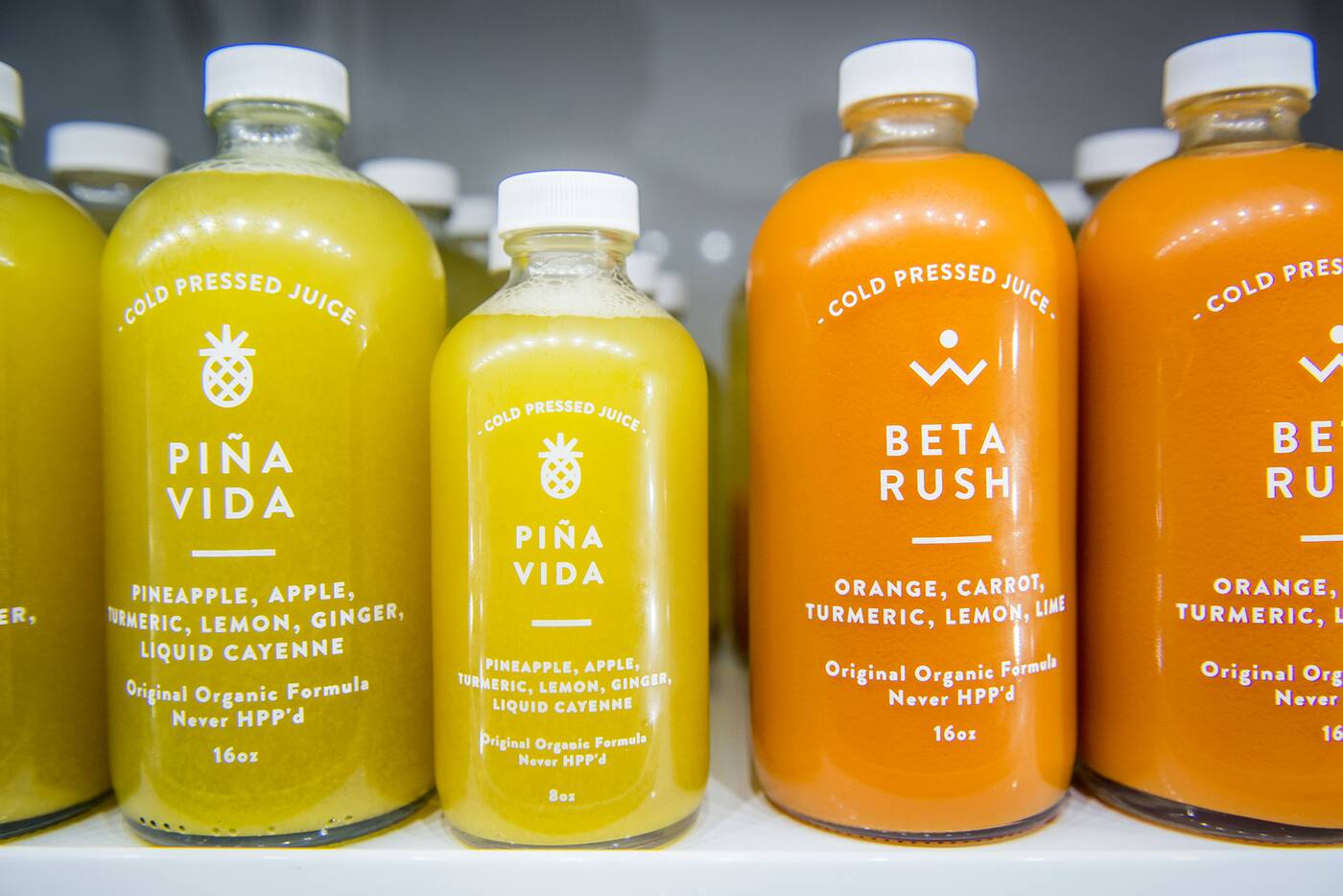 If you don’t even have time to wait for a drink to be blended up, grab one of Elxr’s cheekily-named bottles. 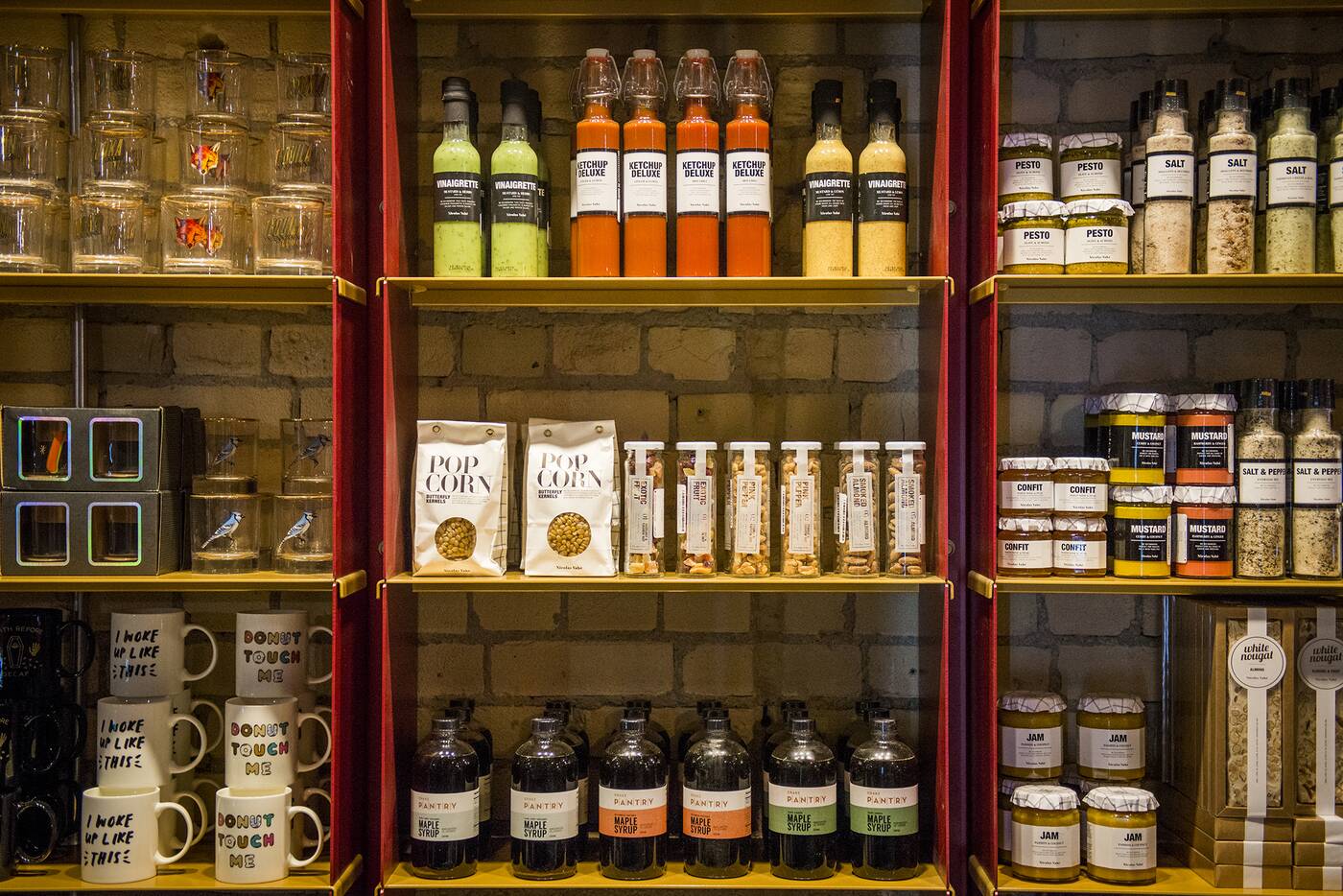 At the front there’s also a mini Drake General Store area with gifts and pantry items. 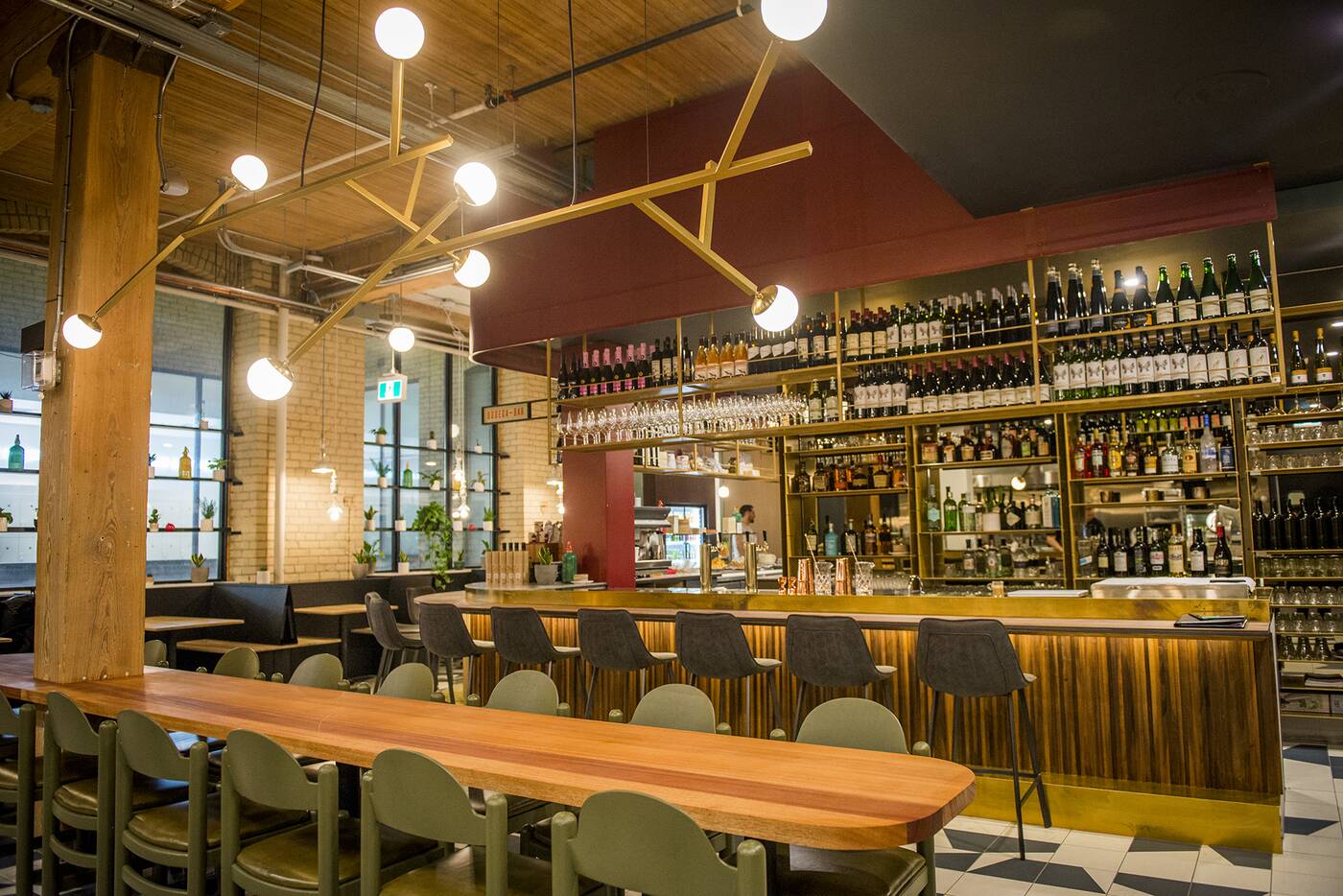 Step off Toronto’s busy streets and into a little piece of Spain. 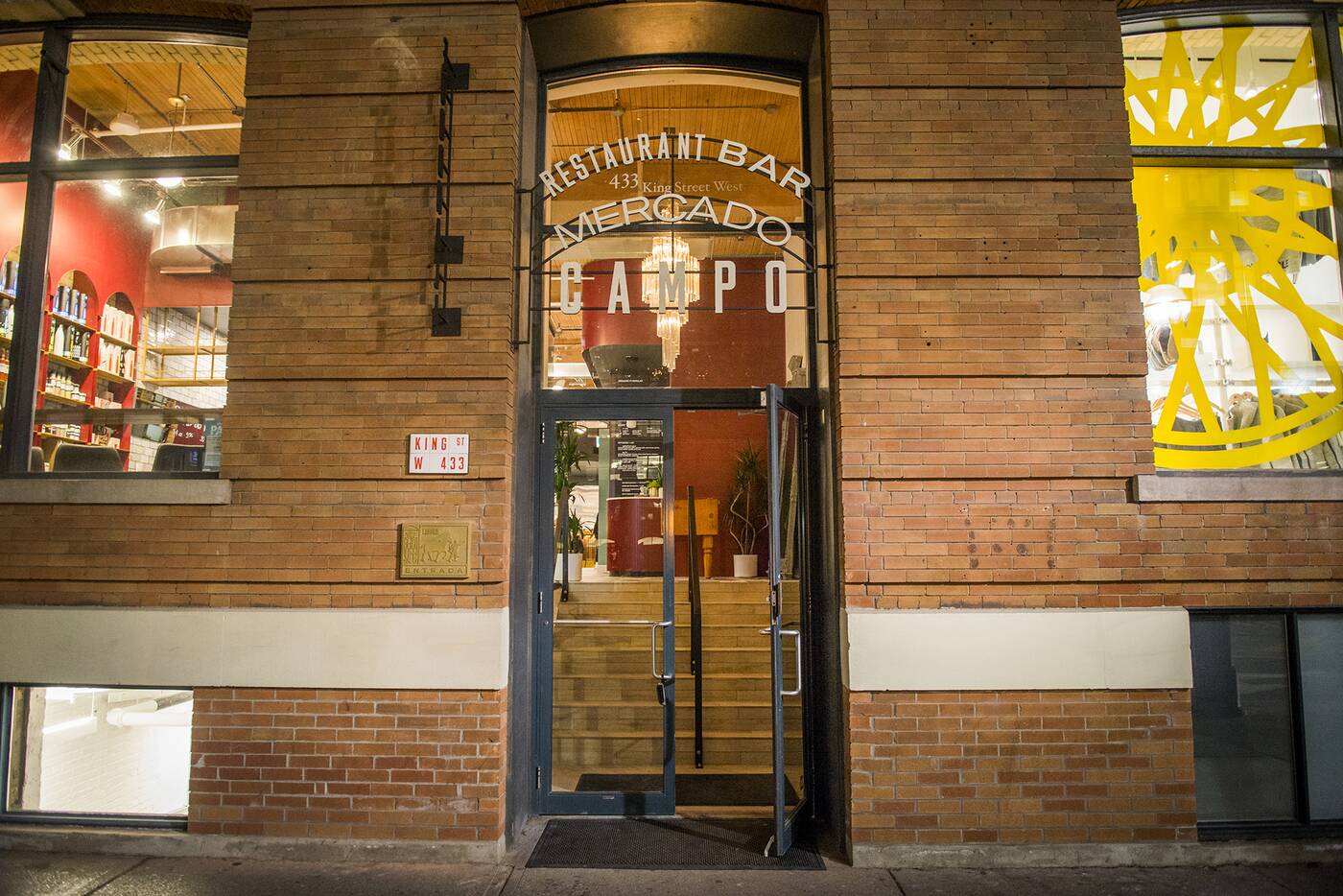