Cafe Boulud has reopened after a complete overhaul that has reinterpreted the monument to fine French dining as a slightly more casual and approachable French brasserie.

The revamped interior from Martin Brudnizki Design Studio employs mid-century design elements that give the room an elegant but informal feel. Banquettes upholstered in leather and tweed, herringbone Hermes wallpaper, and brass accents all contribute to the aesthetics. 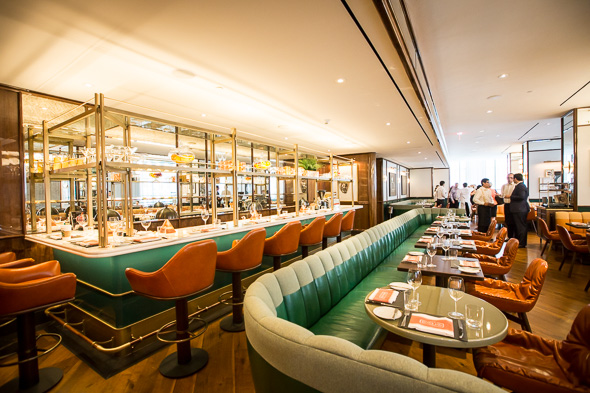 The new menu is tailored to a more casual way of eating and offers an approachable but elevated selection of bistro fare. Fans of Boulud's charcuterie will be happy to hear that this aspect has been maintained, but then there are also enticing selections that include chilled seafoods, tartares, steaks, and grillades.

The Parisian steak tartare ($19/$29) is prepared tableside for a dash of theatrics but also to allow for diner input when seasoning. Composed of prime angus beef, it's fashioned with the traditional flavours of pickled condiments and mustard dressing.

The tuna tartare is less traditional, drawing on Moroccan flavours of harissa, mint, and yogurt - it's not alone on the menu in leaning on international flavours. 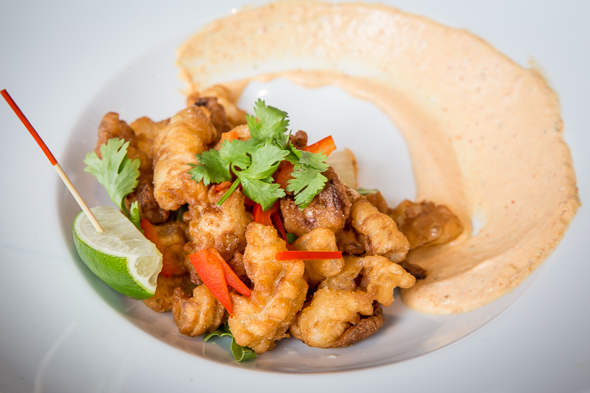 With decades of culinary credentials (and serious technique), Boulud is free to do what he likes - no one will question his Frenchness. He cites the creative exchange in kitchens as the birth of nouvelle cuisine, and his curiosity is spurred by his extensive travels. 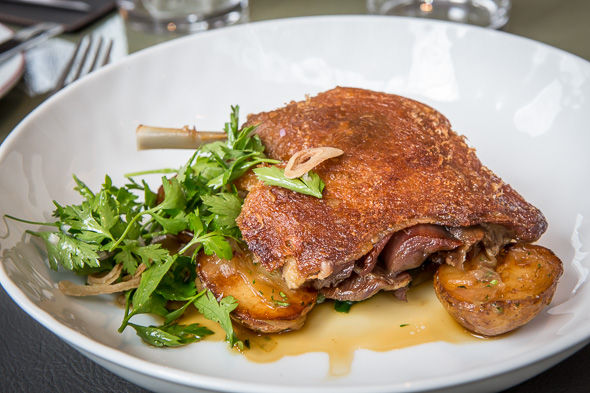 Traditional French favourites are not, however, forgotten. The confit de canard ($34) boasts a crackling skin and supple dark meat paired with perigord style potatoes that literally melt in my mouth. 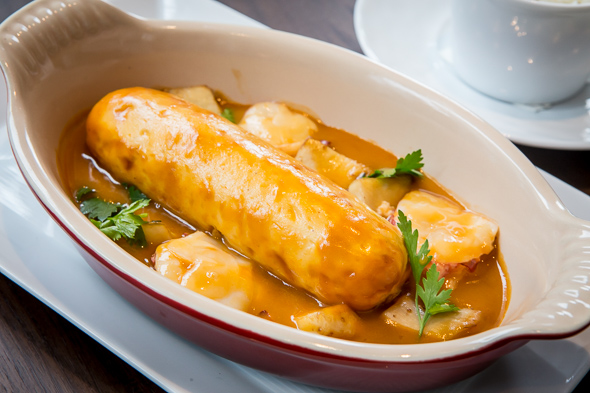 The quenelle de brochet ($29) is a homely recipe that hails from Boulud's hometown of Lyon, but here he makes use of northern pike to form oversized dumplings which are sauced in an ultra rich cognac lobster sauce. 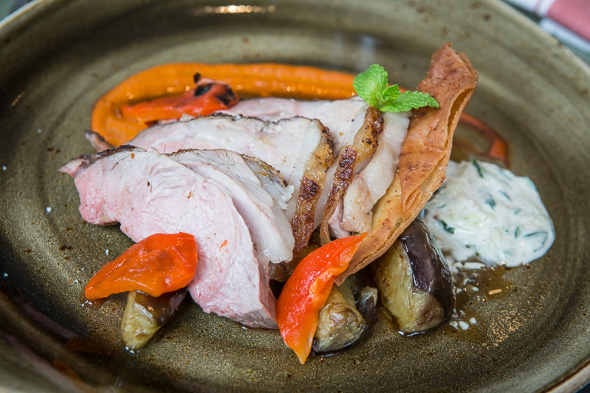 Selections from the rotisserie are reminiscent of Sunday suppers and include chicken ($29), sea bass ($38), lobster ($55), and lamb ($45). Tailored to seasonal ingredients and reinterpreted often, today the lamb is laid over a tomato harissa with herbed yogurt, roasted eggplant, and crispy pita croutons. 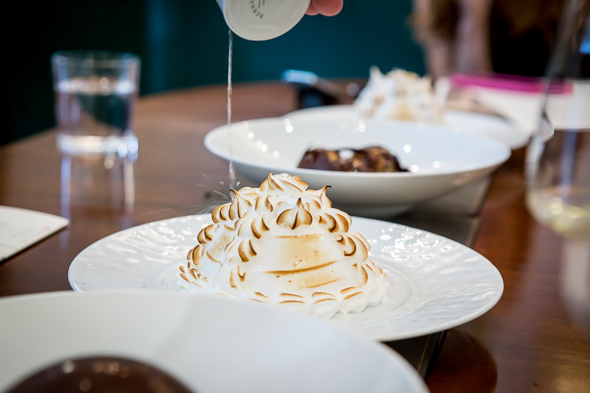 For dessert I share the baked Alaska ($21 for two) featuring a dome of pistachio and vanilla ice cream layered along with raspberry sorbet. It's encased in fresh meringue and flambeed at the table with kirsch. 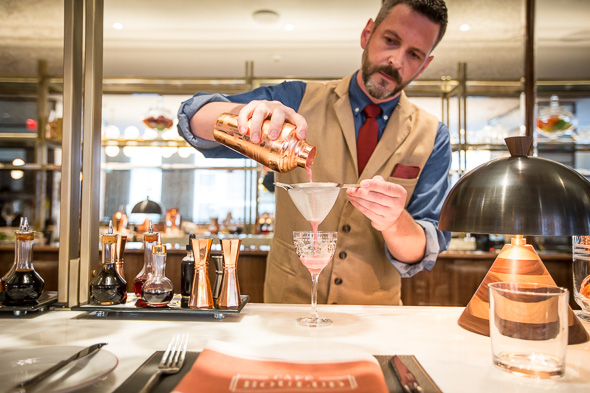 Expect to splash out on the bar menu. The list of wines start at about $12 a glass and range all the way to $69 per glass for luxury labels like an Aubert Chardonnay. Classic cocktails like the Armagnac Sazerac will run you $17. 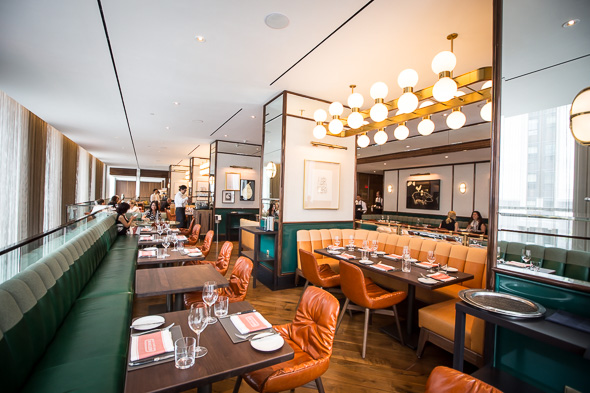 Cafe Boulud is a splurge for sure, but I like the new direction - the cuisine is accomplished but veers away from tiny fine dining portions. I couldn't imagine anyone leaving unsatisfied. 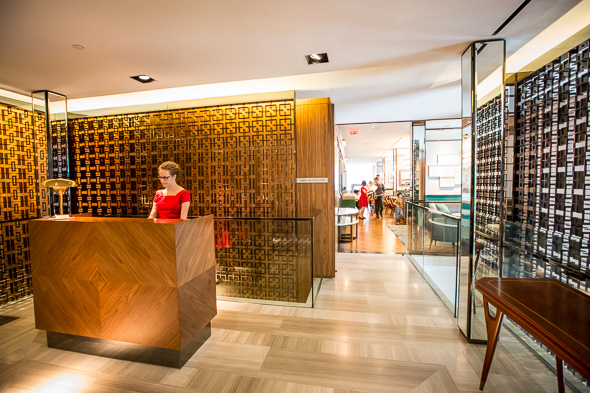