The Butcher Chef is a Toronto steakhouse specializing in luxurious cuts of beef from around the world.

It's no expenses spared at this restaurant at the bottom of the Pinnacle Centre. in South Core co-owned by Michael Dabic (namesake of yet another upscale steakhouse, Michael's on Simcoe) and executive chef Derek Von Raesfeld, the Butcher Chef is easily one of the bougiest places to eat in the city. 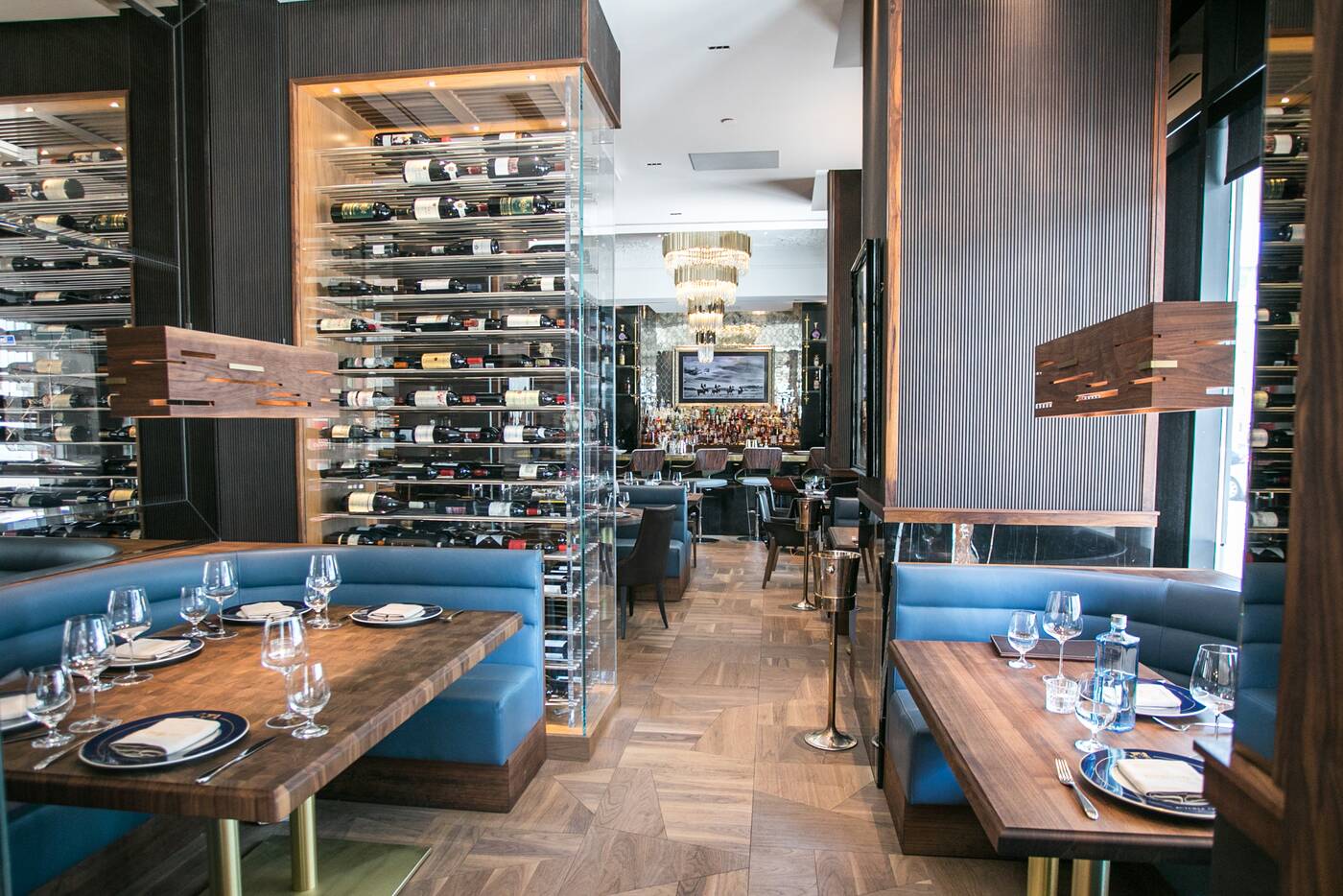 Fairly small, the restaurant seats about 50 and comes replete with all the accoutrements you'd expect of a place selling $960 plates of tenderloin from Kobe, Japan. 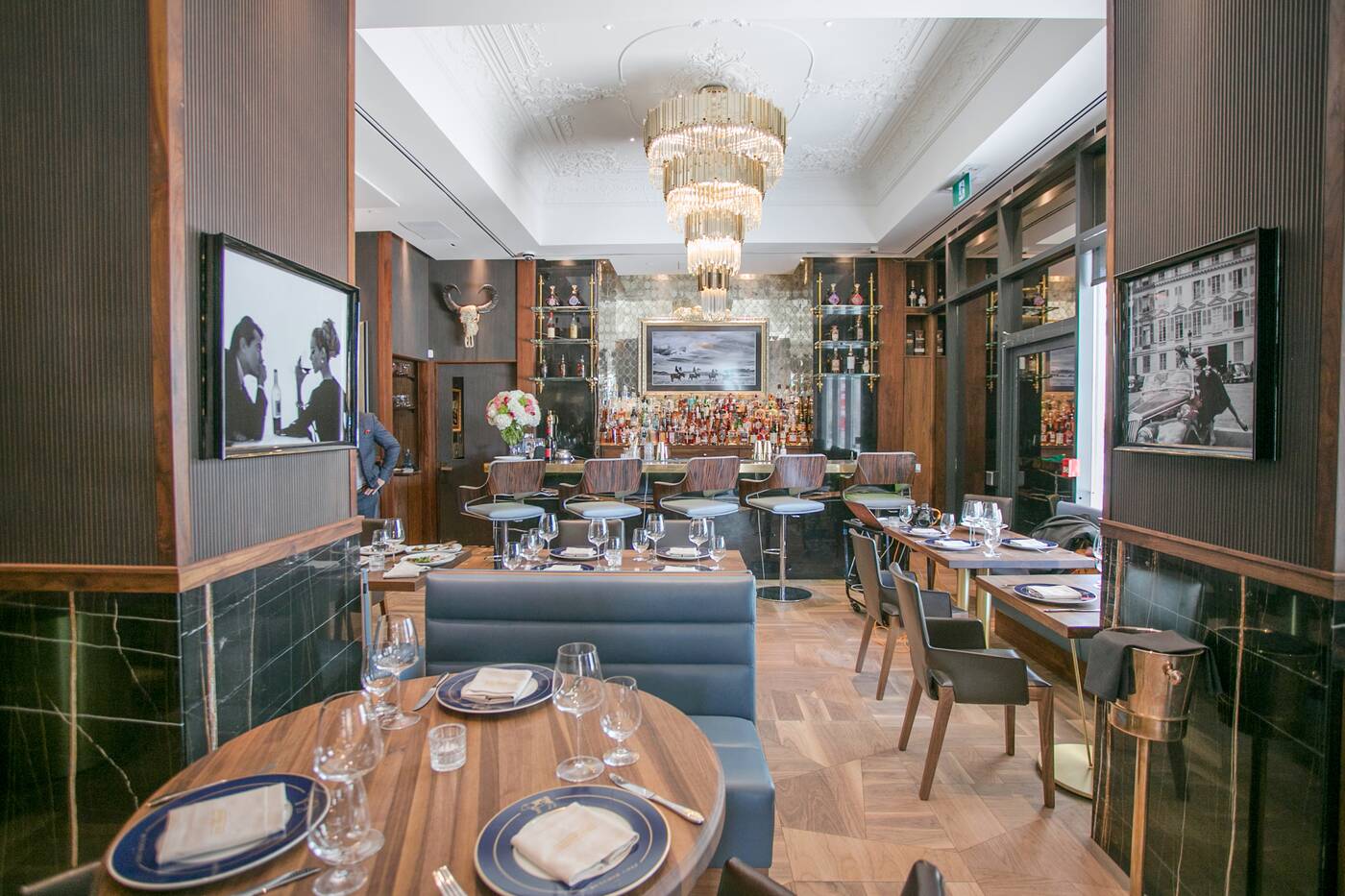 What began as an idea to open up as an actual butcher's shop expanded into a high-end restaurant with a mixed menu of locally- and internationally-sourced meats from the States, Australia, New Zealand and Japan.

According to Raesfeld, every animal that's butchered has a well-documented and highly orchestrated life, which is crucial for ensuring that only the tastiest (and I'm told, happiest) cows are served here. 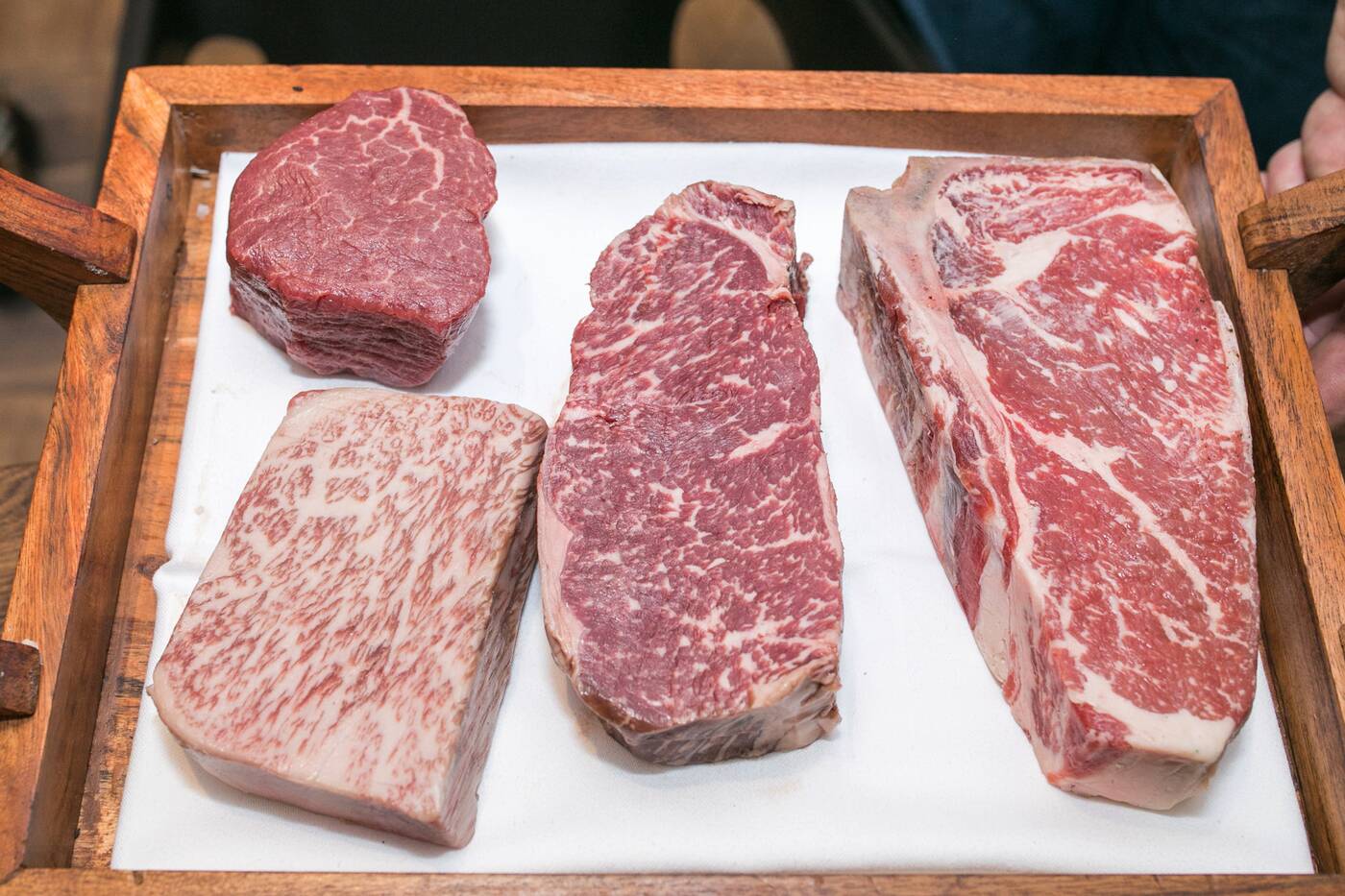 Origin story aside, the drying, aging, and maturing of the meat adds another step to the complexity of the flavours here.

A tasting menu ($160) will allow you to try several different dishes, including ceviche, king crab, pheasant, rabbit, and wagyu striploin over seven courses. 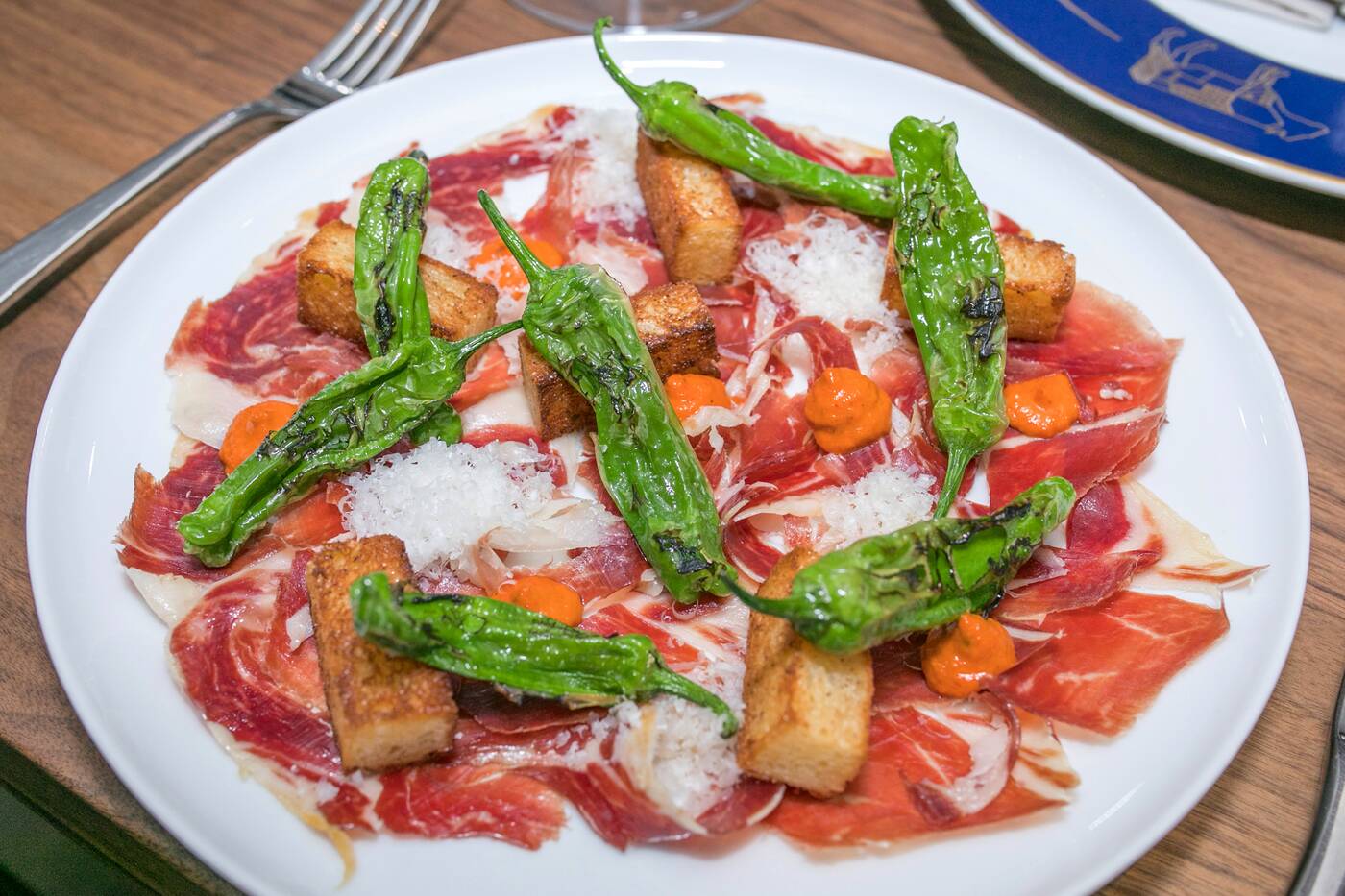 The regular dinner menu, which rotates as often as once per week, features appetizers like the Iberico di berlot ($45). This plate of Spanish acorn-fed pork is served with shishito peppers, Romesco sauce, goats milk cheese and chunks of grilled bread. 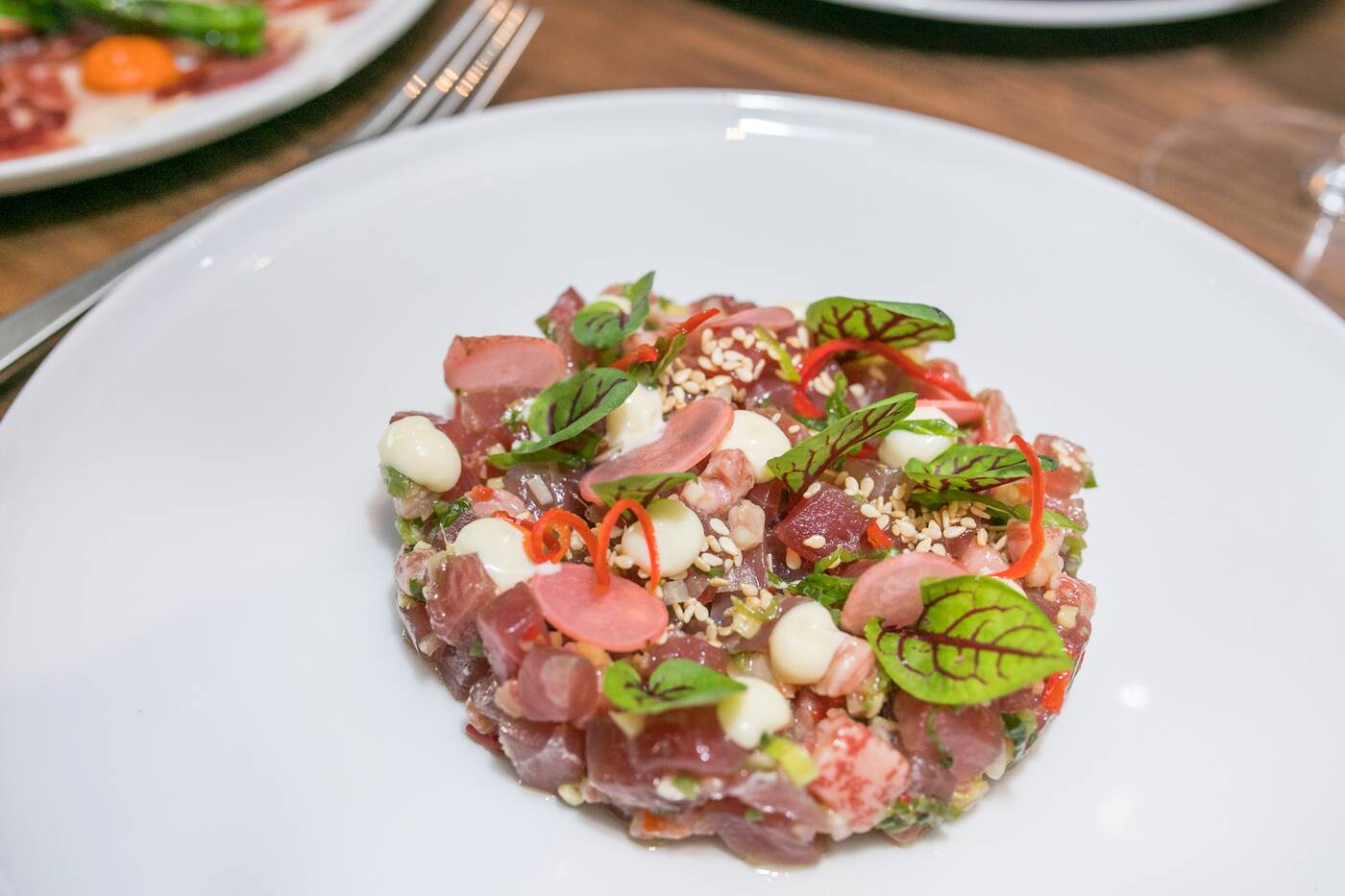 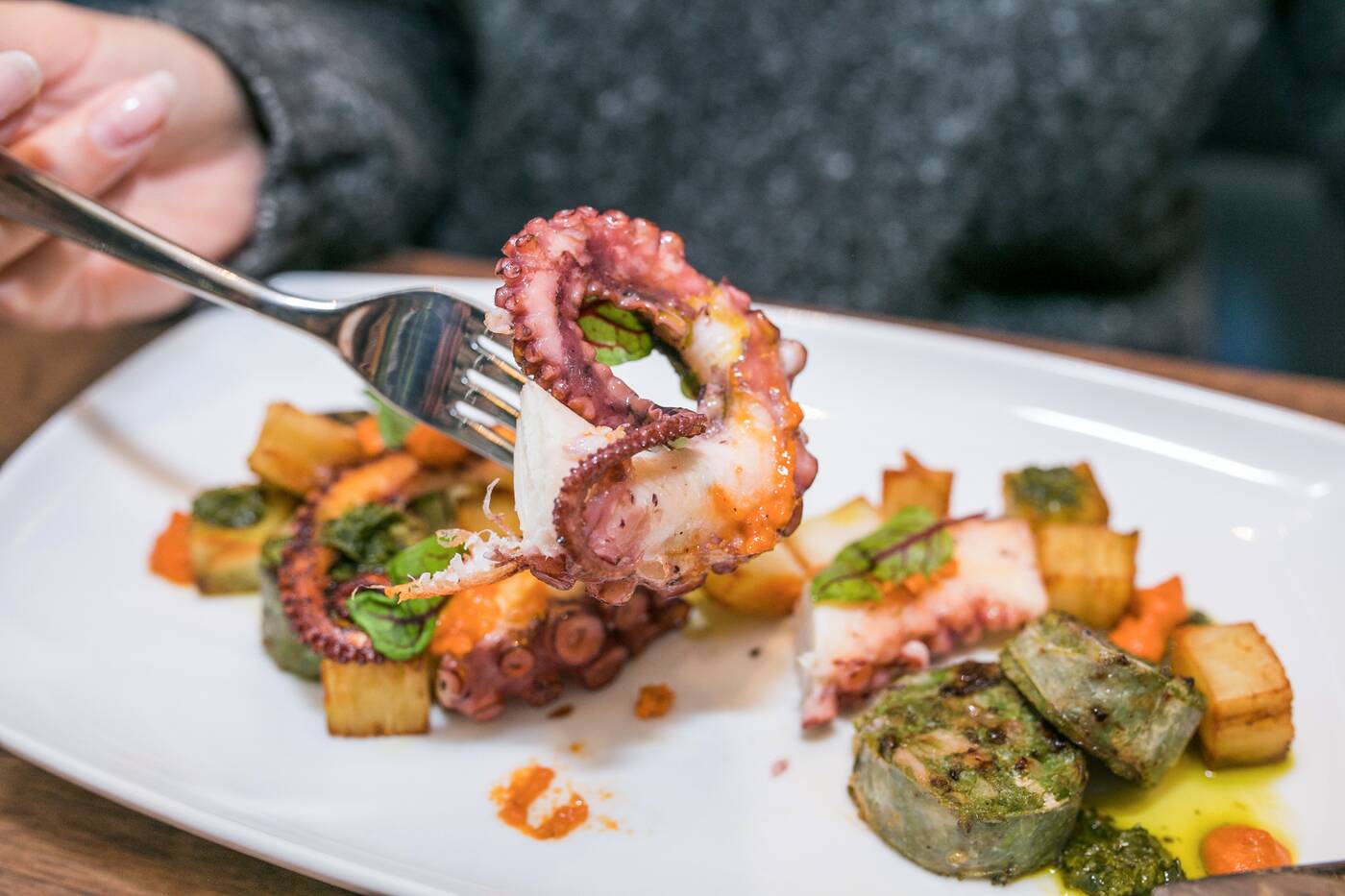 Grilled Spanish octopus ($26) has a Pommes Anna made with yukon potatos, creamed horesradish, peppercorn, and a salsa verde with a chimichurri sauce. 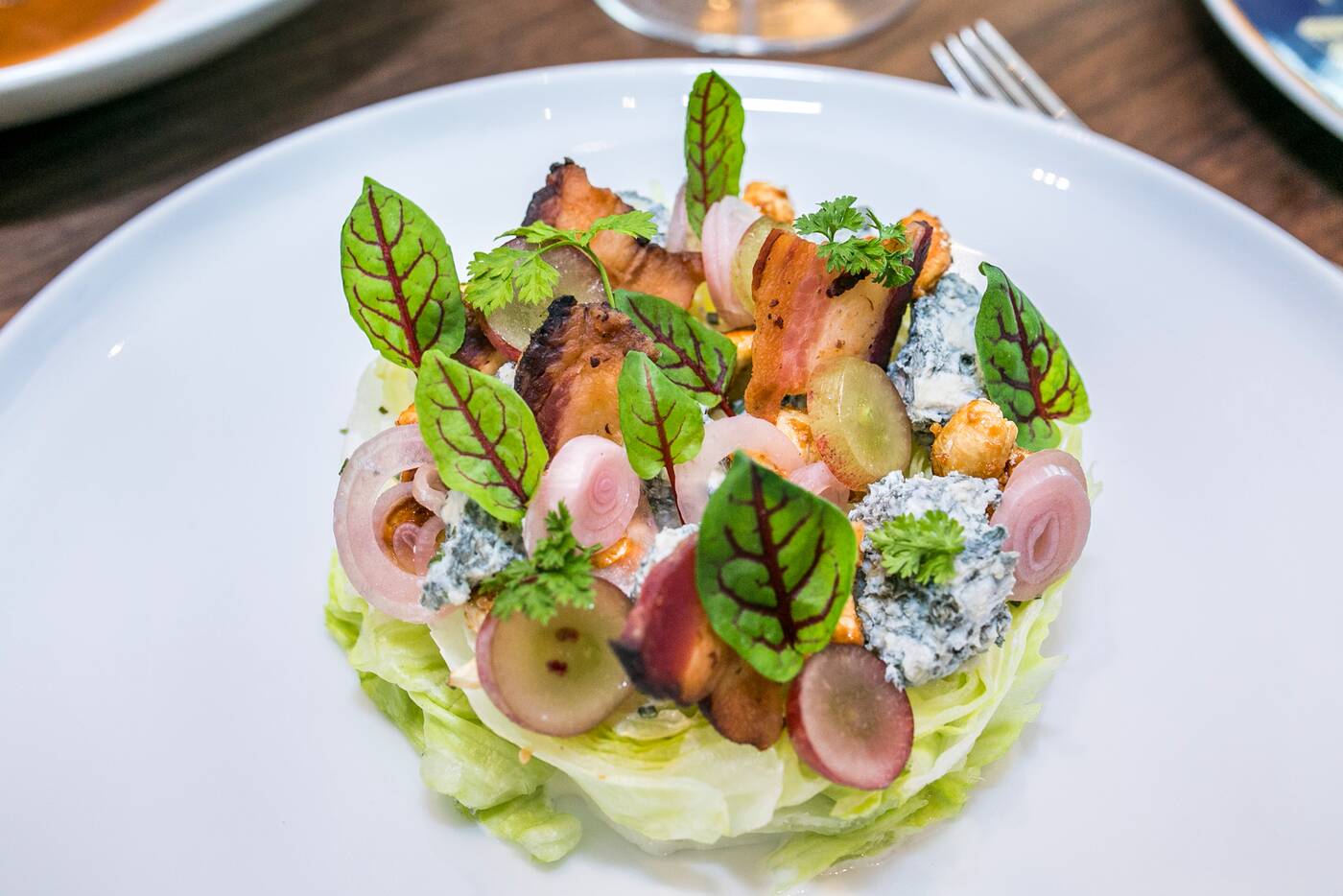 An iceberg wedge salad ($22) has rich yet relatively stench-free chunks of Tiger Blue cheese from B.C., with candied cashews and homemade bacon. 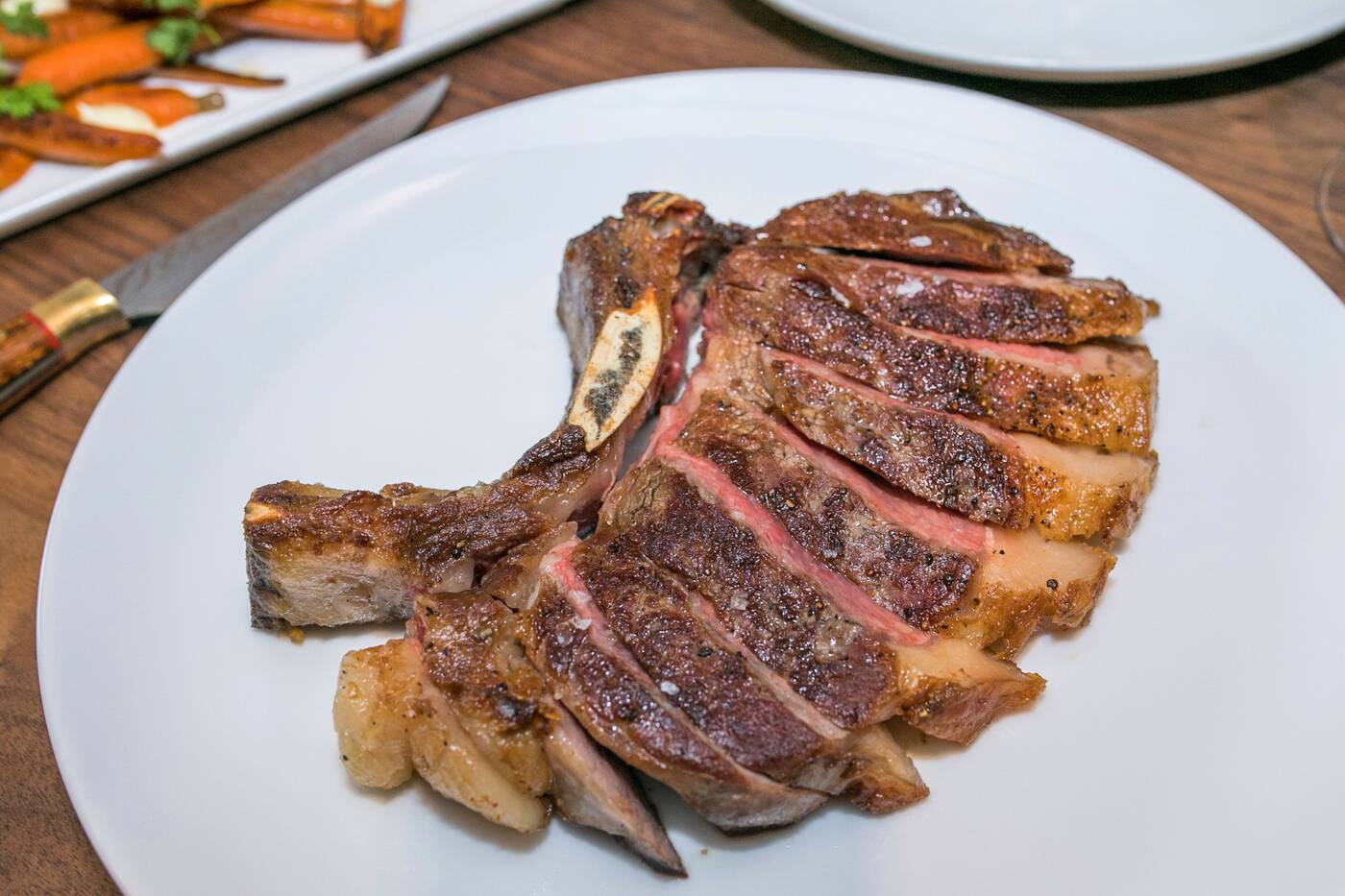 Twenty-four oz aged ribeye ($138) comes from Bruce Mines, Ontario. The beef, which is entirely grass-fed, is dry aged for 60 to 70 days in the kitchen before served. 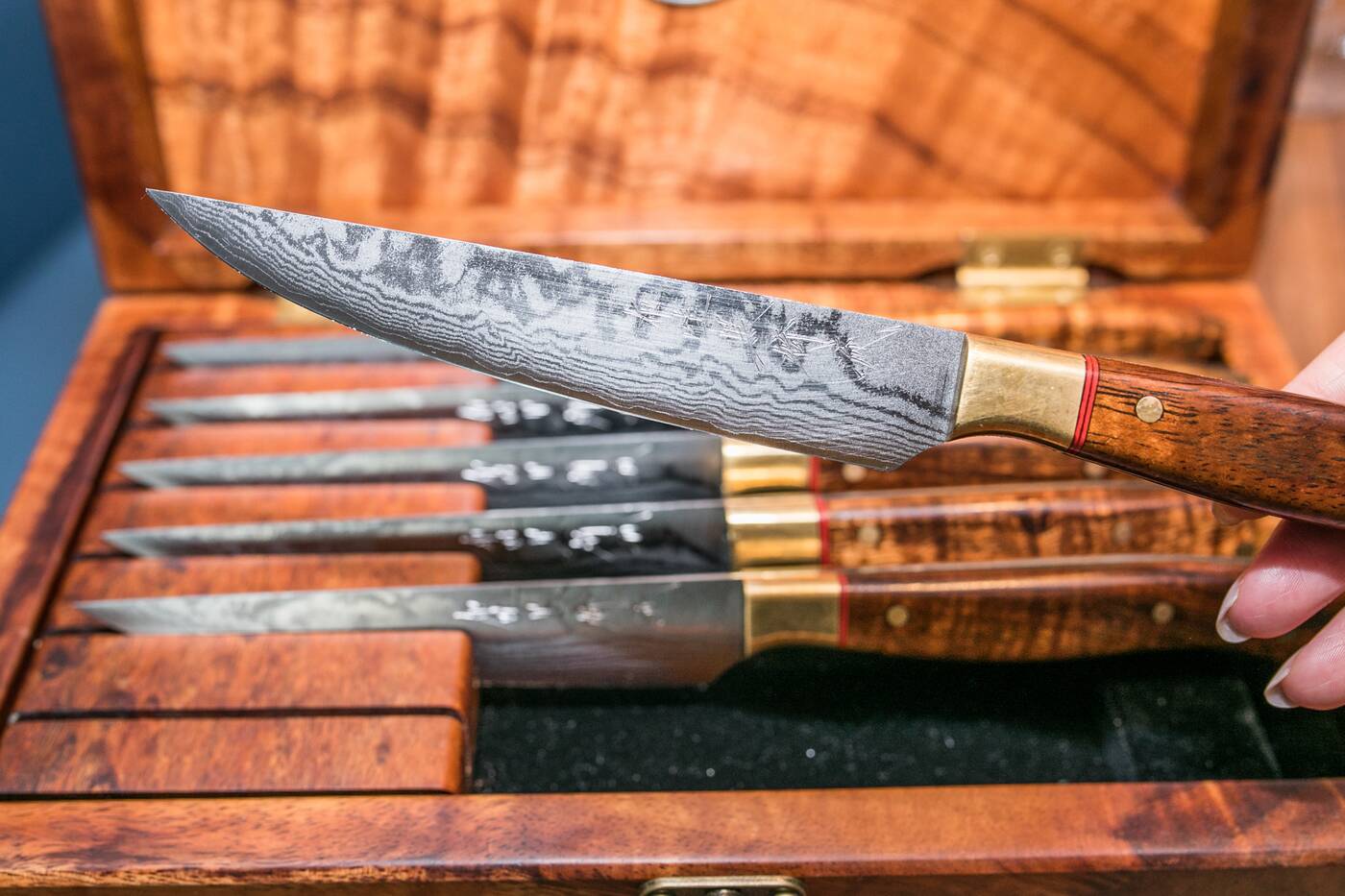 Most cuts of meat (especially the Japanese ones) will be served with a special Salter Fine Cutlery steak knife made from Damascus steel. No point in cutting into a premium steak with a knife worth less than $600 a blade. 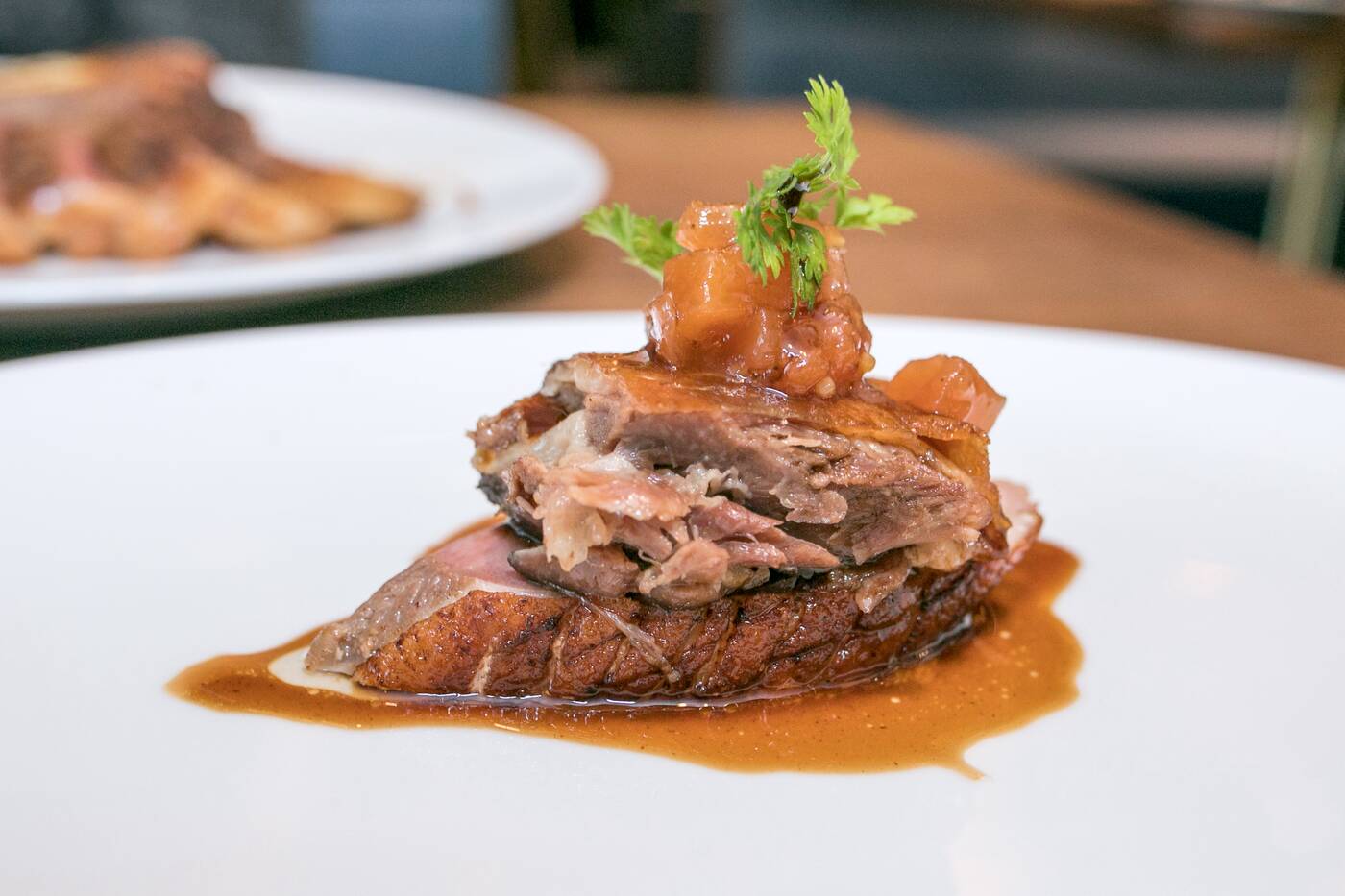 Duck ($42) with a quince mustarda is made up of the confit leg sitting on a seared duck breast, which dried for two weeks before serving. 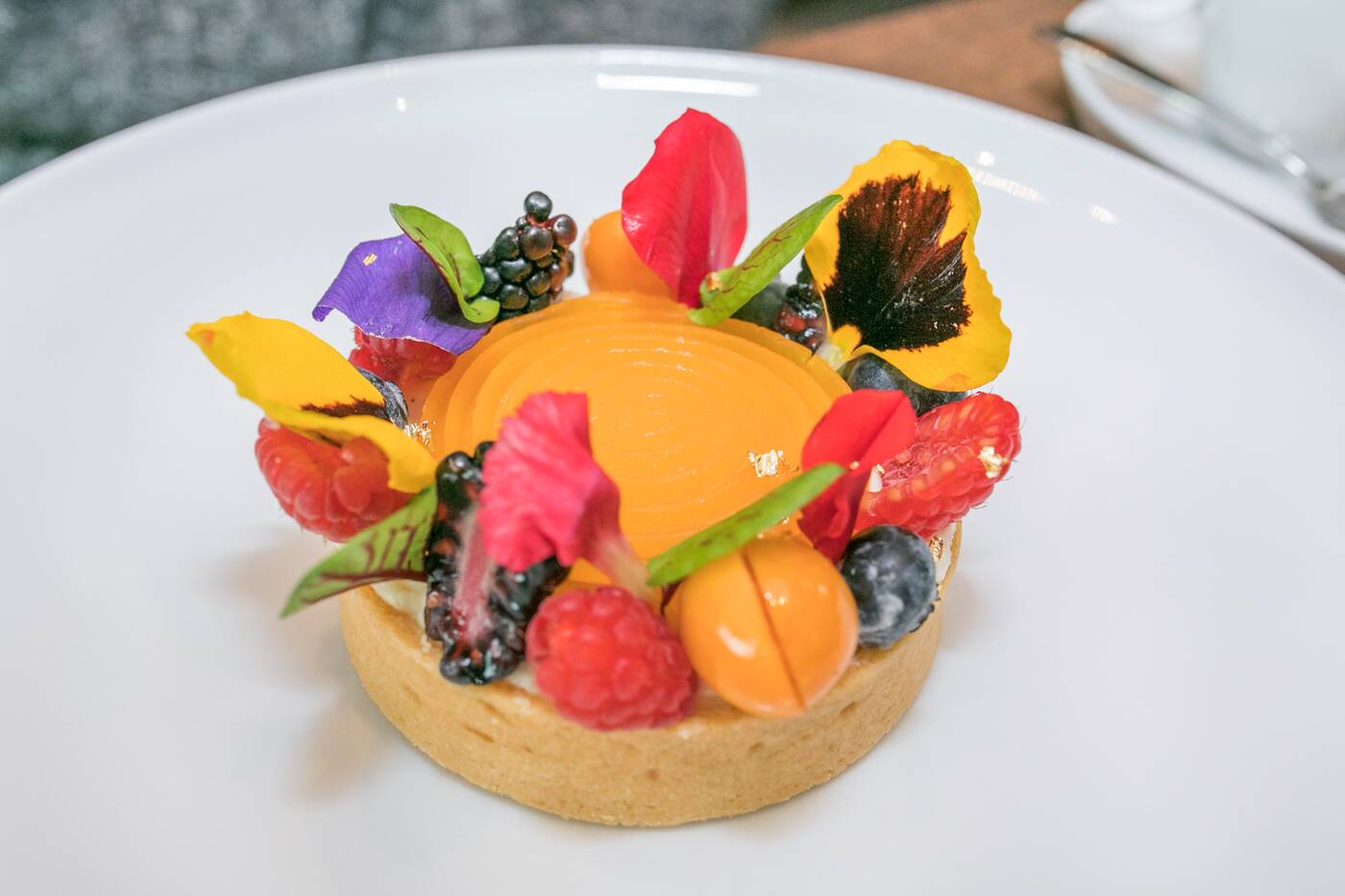 For dessert, a peach cheesecake with assorted fruits and edible flowers is a quick reprieve from this carnivore's feast. 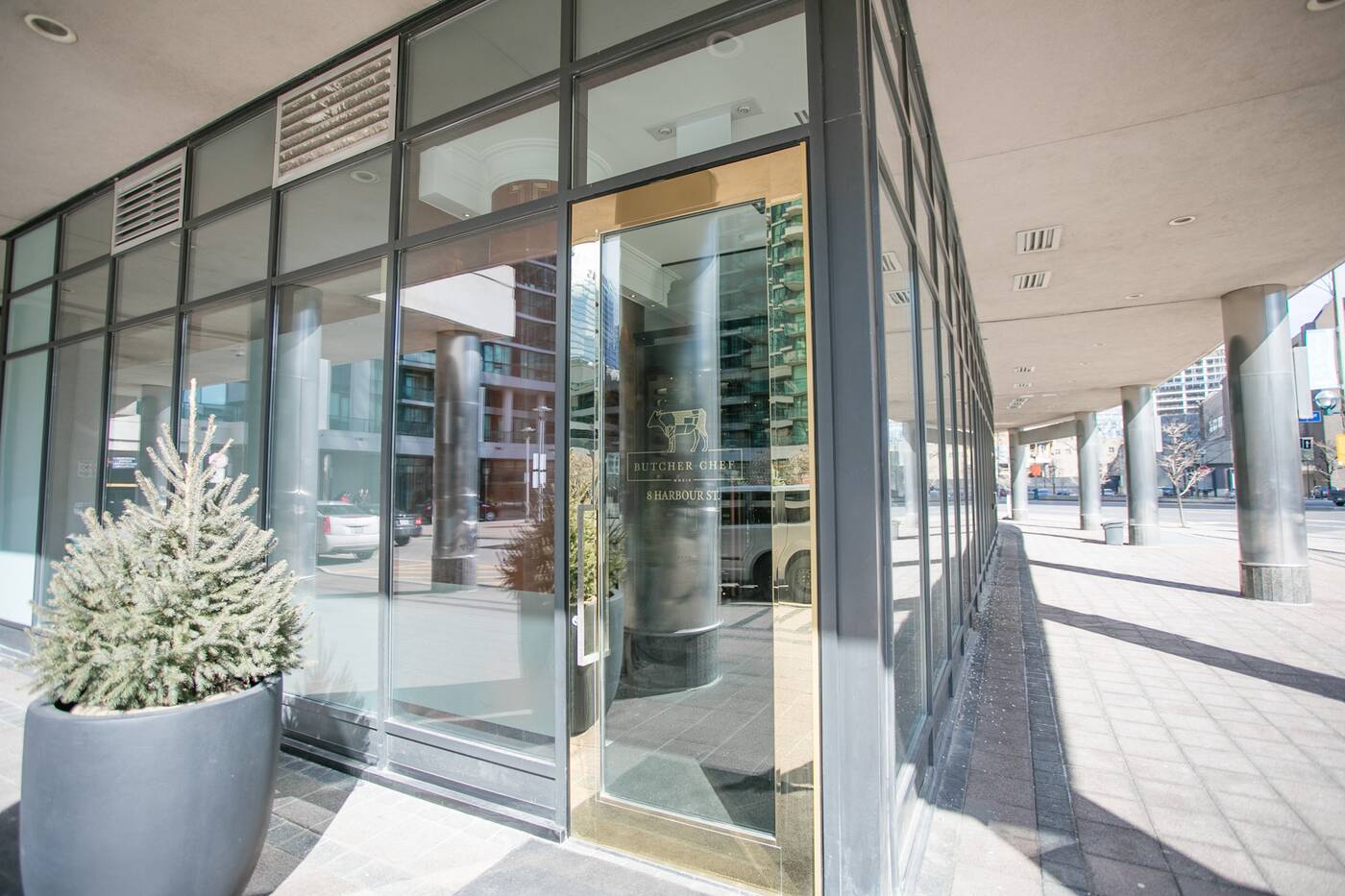