Buon Giorno Caffe is open for takeout and delivery. Masks are mandatory and hand sanitizer is at the counter.

Buon Giorno Caffe has been around for decades, first as a butcher shop and now as an Italian cafe known for its deliciously fresh panini and hot plate offerings.

The storefront, tucked in the corner of a plaza just off the Expressway, used to be known as West Farm Meat and Cheese. Antonio and Maria Di Principe, who lived above the small shop with their three sons, opened the spot in the '70s. 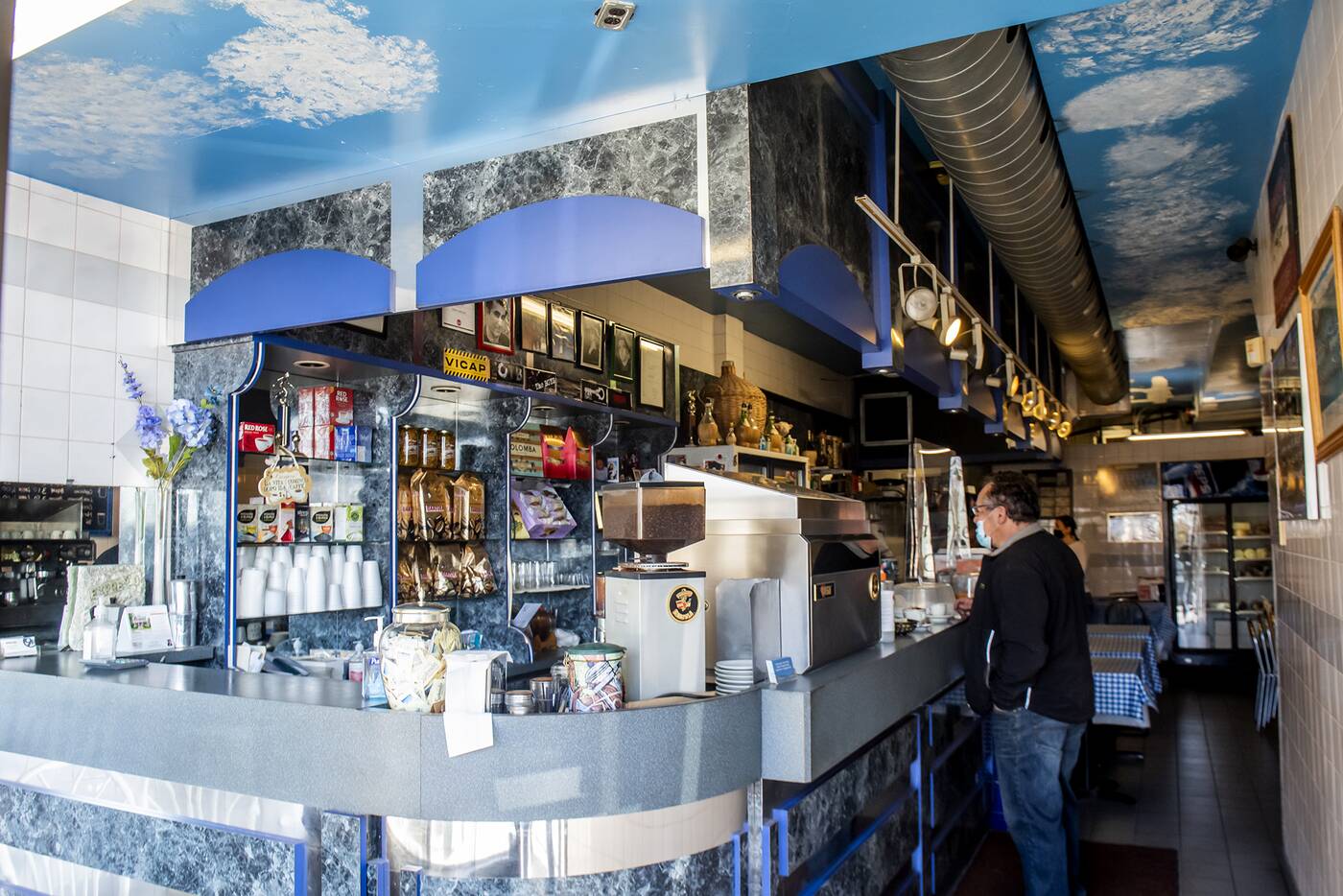 It was in 1998 when their youngest son Joe took it over, reopening it as a cafe. Although he initially served mostly coffee, Joe quickly got to expanding the menu when customers kept coming back for the sandwiches. 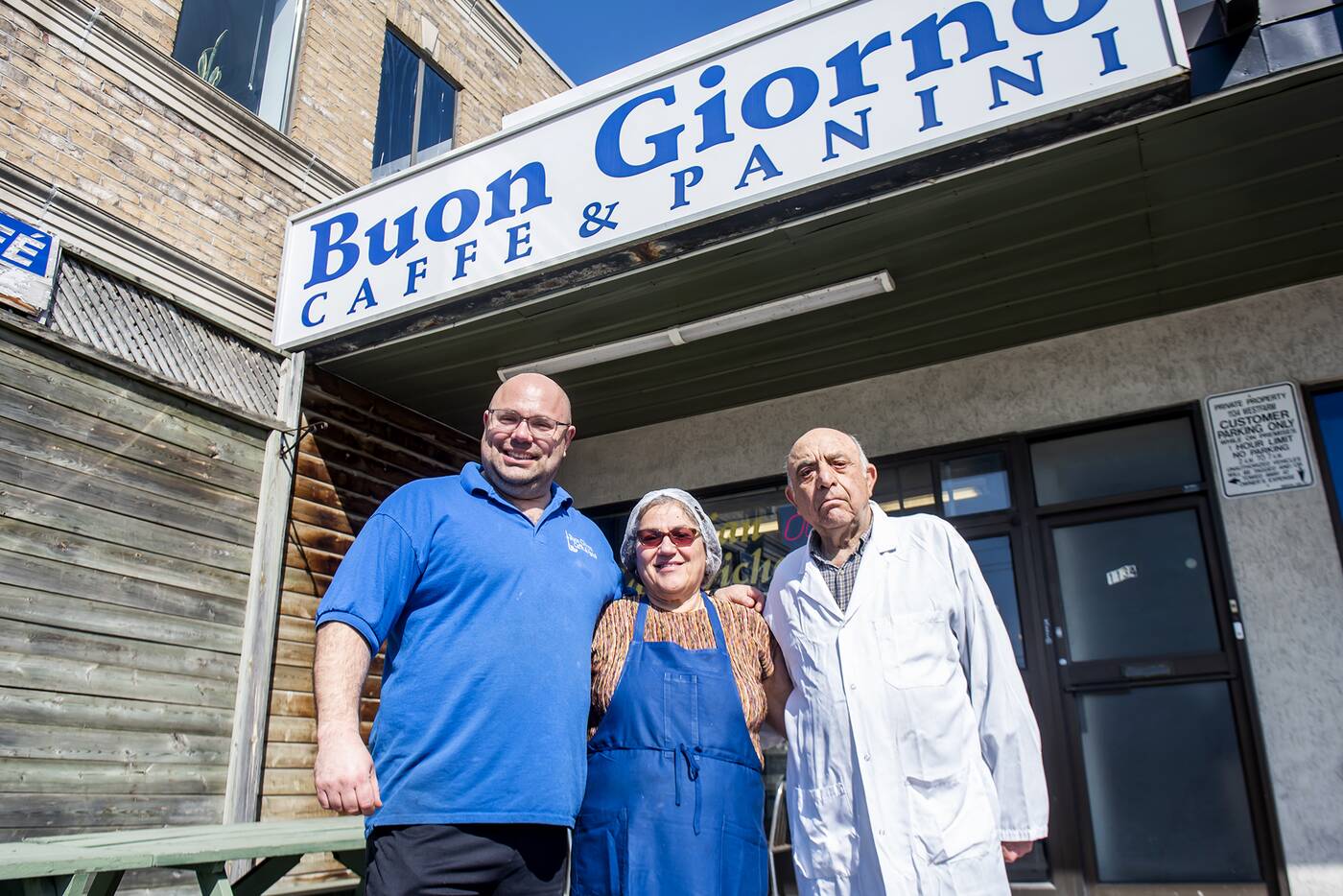 Antonio, now in his eighties, continues to cut the meat for the restaurant while Maria still helps out in the kitchen she used to run. The middle son, Phil, will also most likely be found helping with incoming orders on any given day. 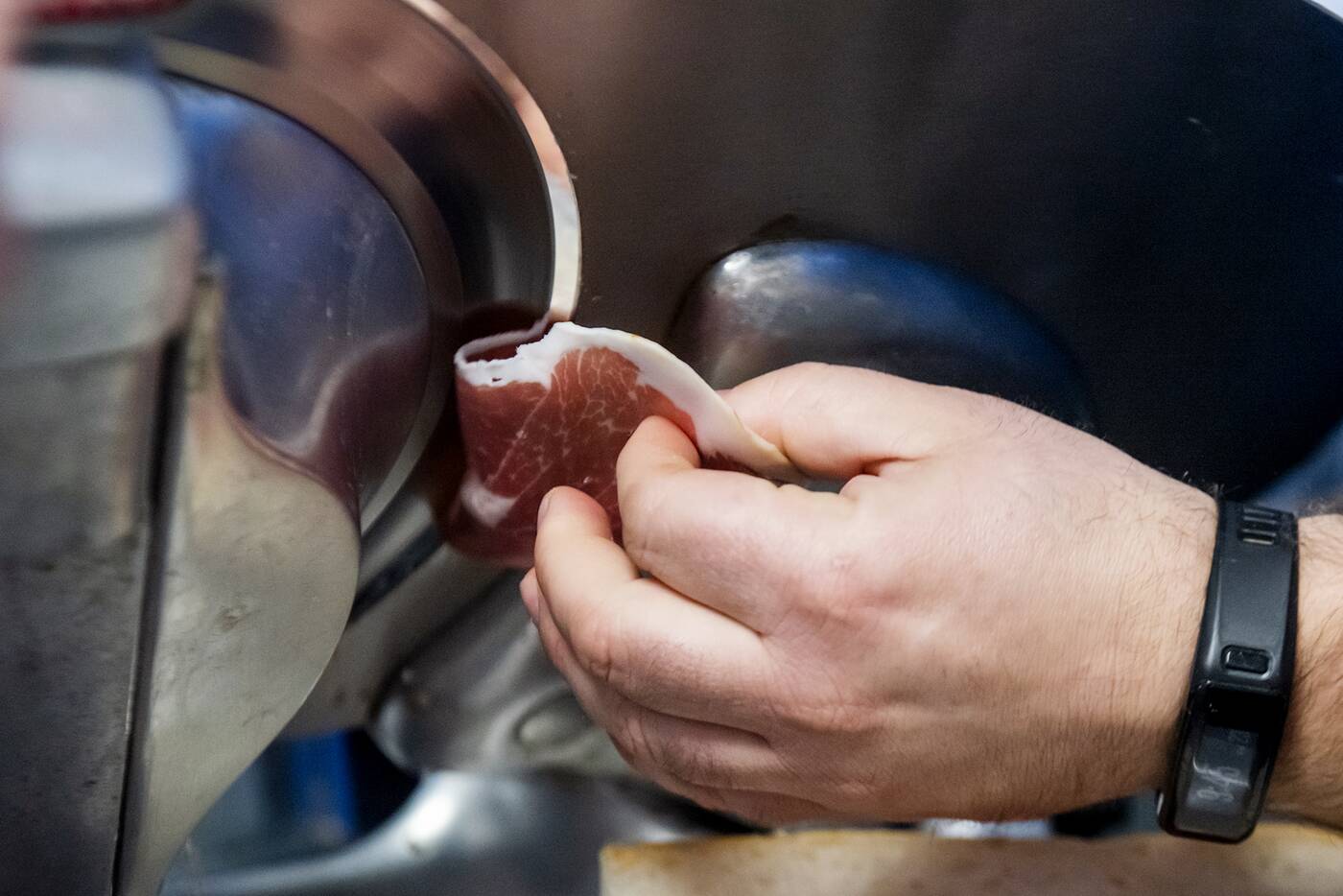 When it comes to the panini on the menu, Joe slices the deli meats fresh for each order right behind the counter and builds the sandwich in front of the customers.

The first one he makes for us is what he dubs the Cadillac of all Italian sandwiches, prosciutto ($10.99). It comes on the same bread he's been using for the past 20 years and is simply made with your choice of cheese, tomatoes, and a bit of olive oil and fresh basil from the Food Terminal just up the road. 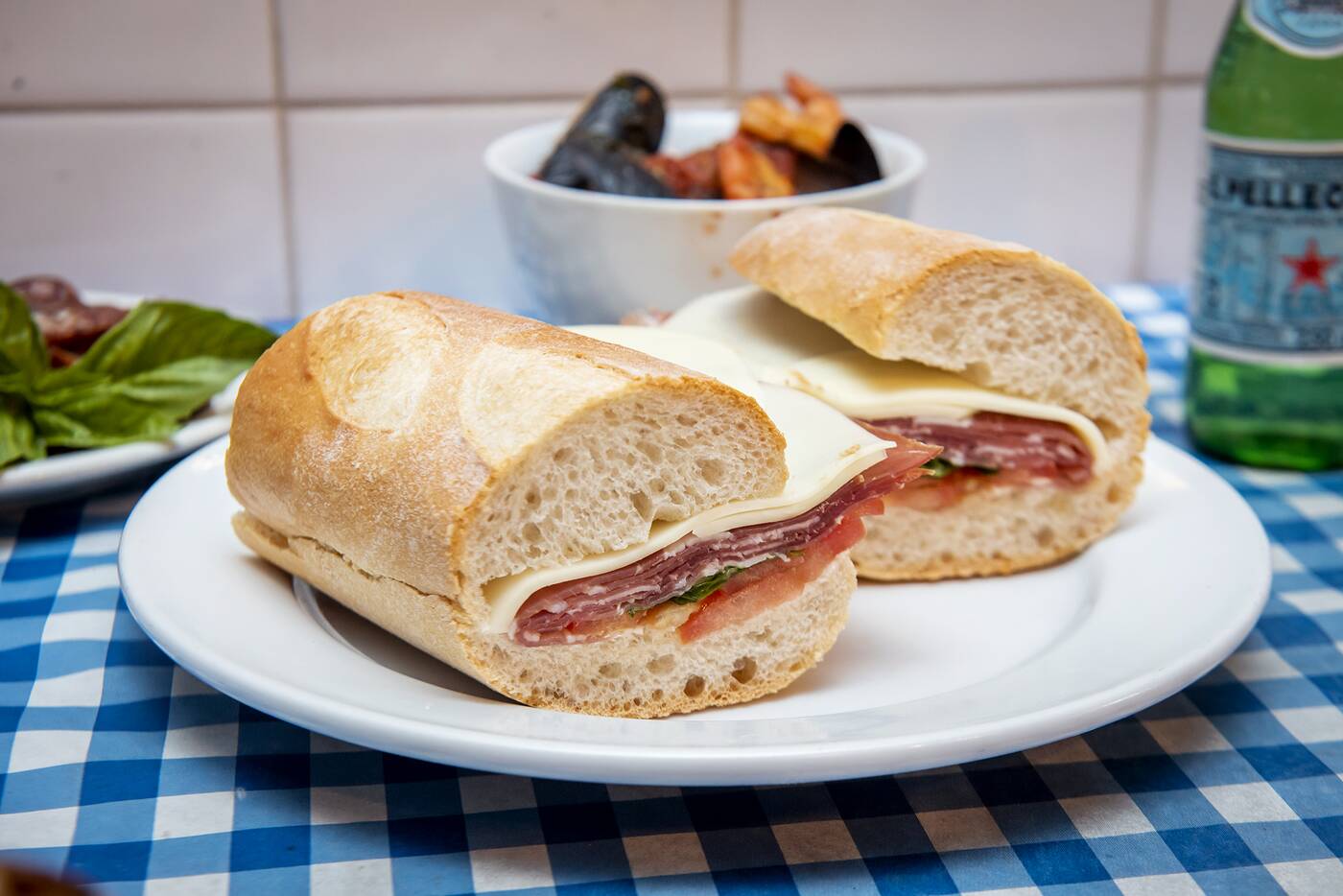 The pile of paper-thin slices of prosciutto tastes best like this, with just a bit of added flavour, so as to not overshadow the saltiness of the fresh meat.

Another favourite is the pork roast on a bun ($9.99). I'm told by a longtime customer in line, who's come for the porchetta a fair number of times, that the sandwich always comes loaded with plenty of meat. 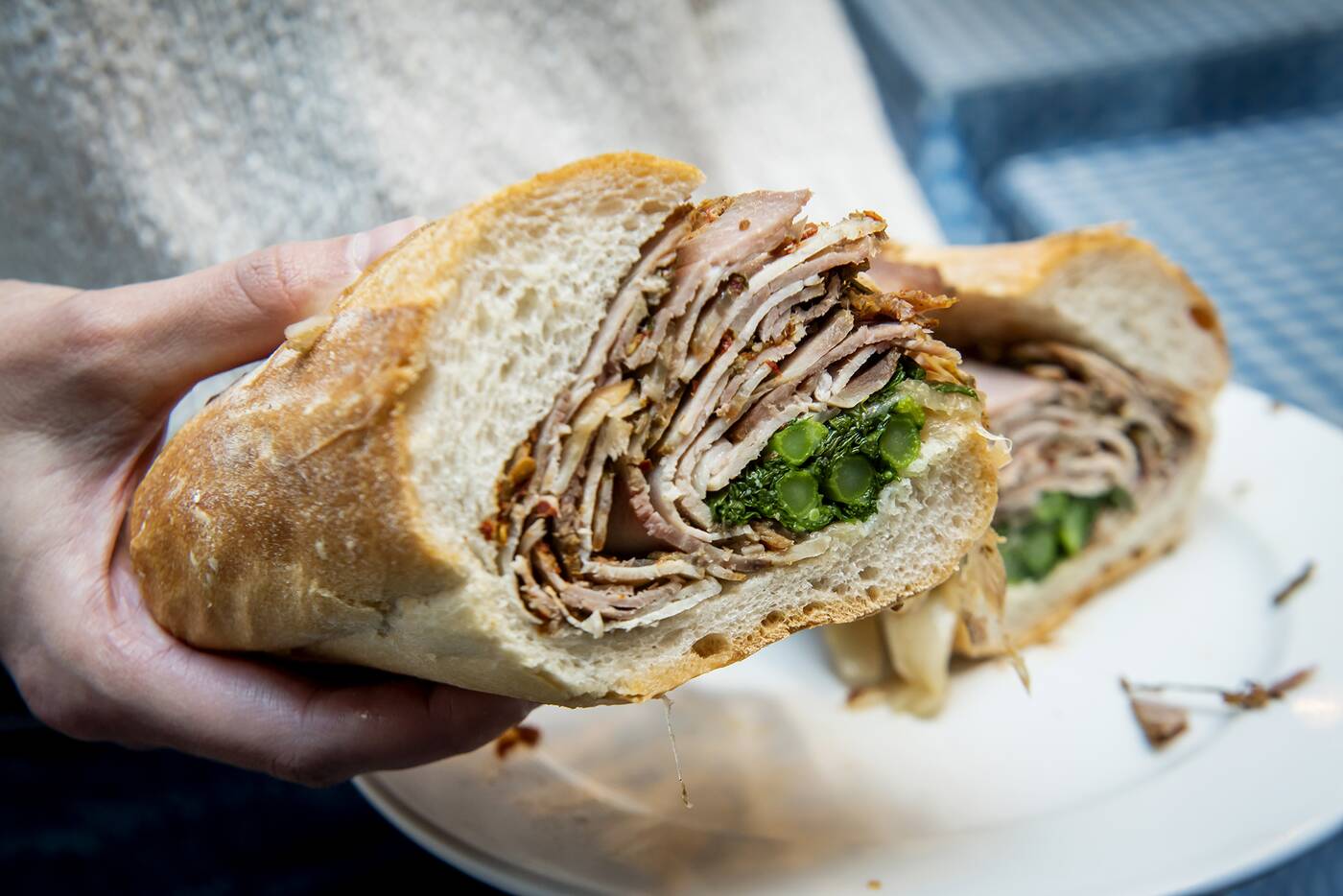 A bit of added rapini adds a fresh note to the mass amounts of porchetta. 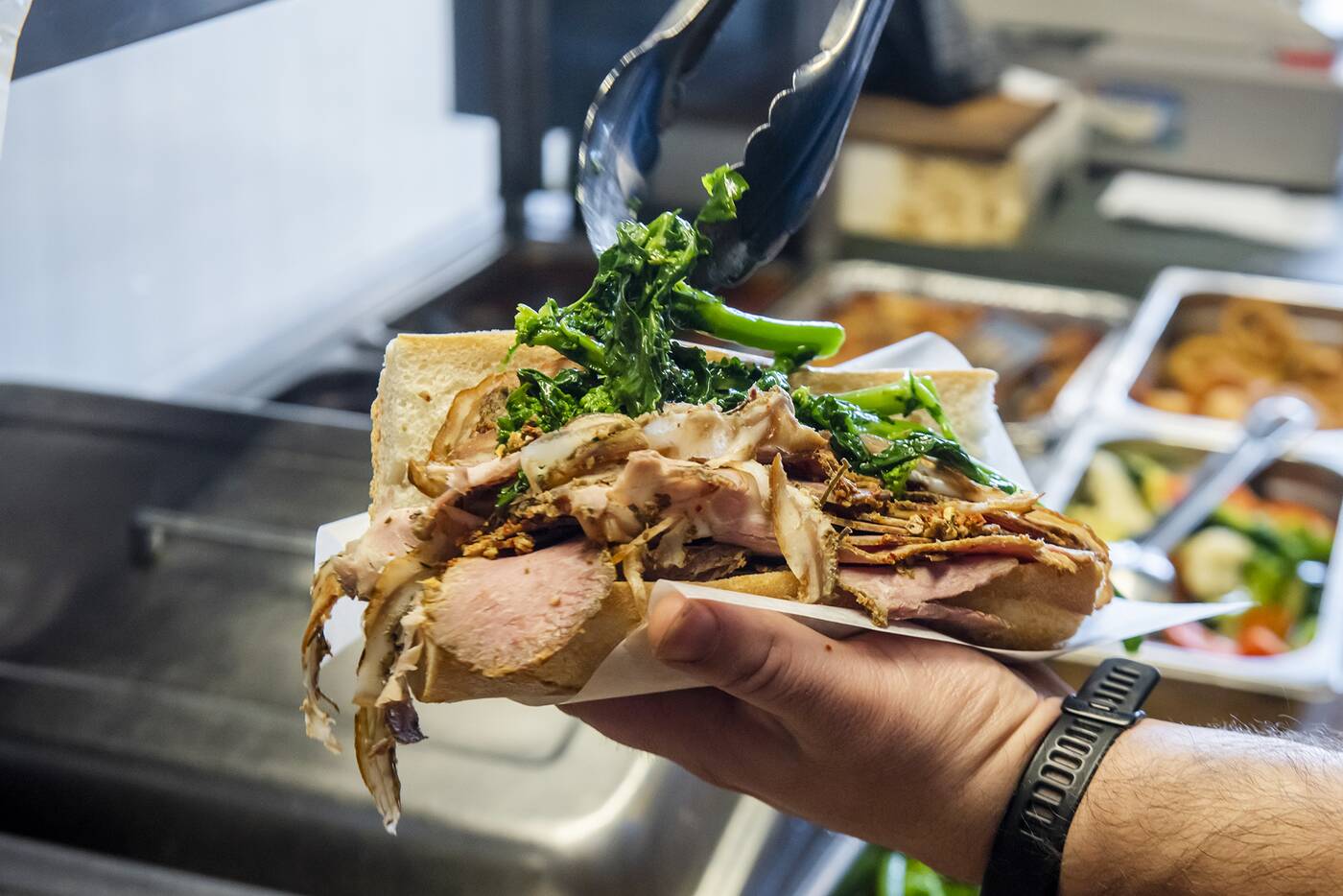 Fridays are a good day to pay a visit as this is when you can get their focaccia sandwich and when fish dishes like shrimp and mussels are available. The large pieces of seafood are cooked in a delicious tomato sauce. 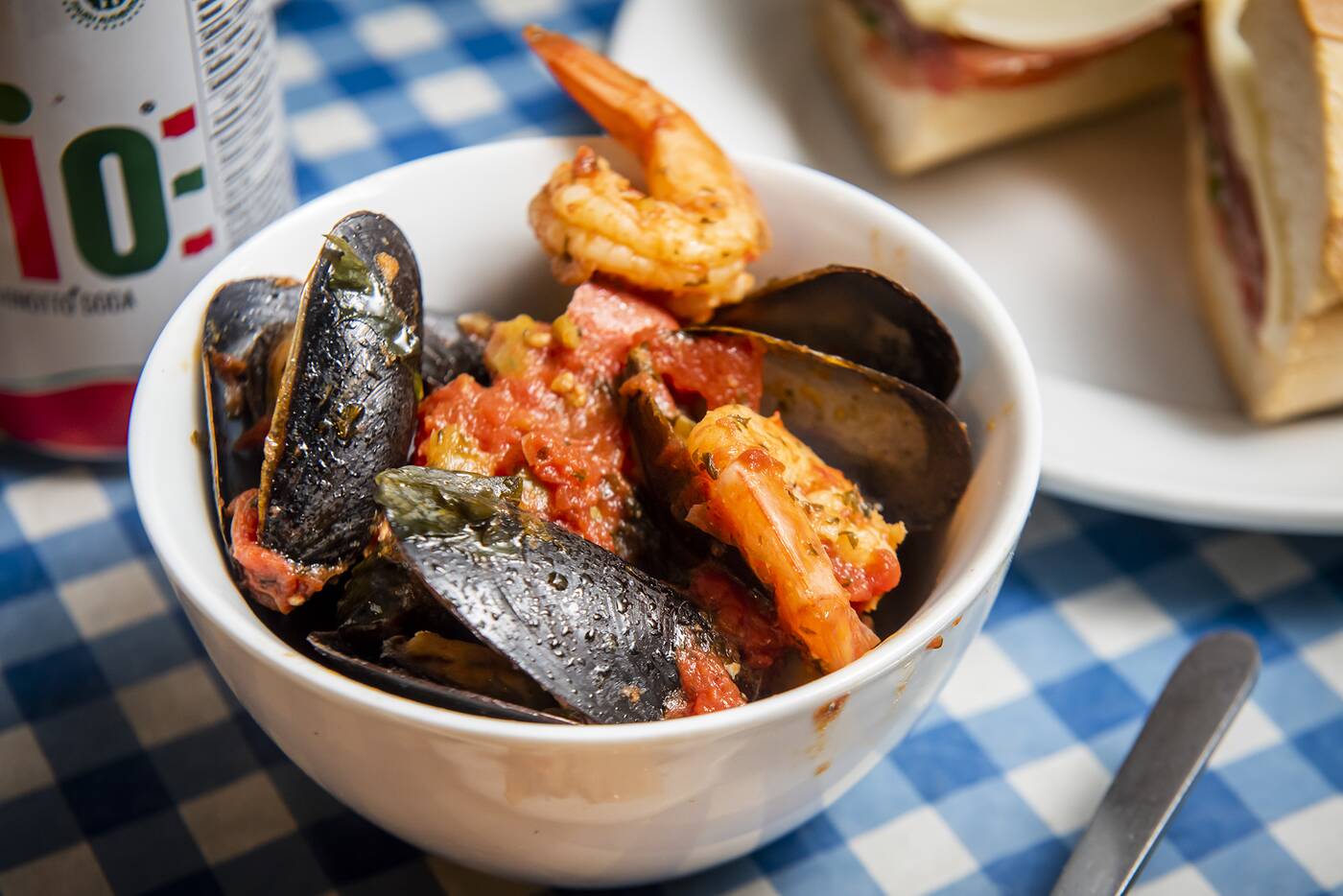 Made with fresh plum tomatoes from Italy, Joe claims the signature sauce is the star of the show when it comes to the hot plate. 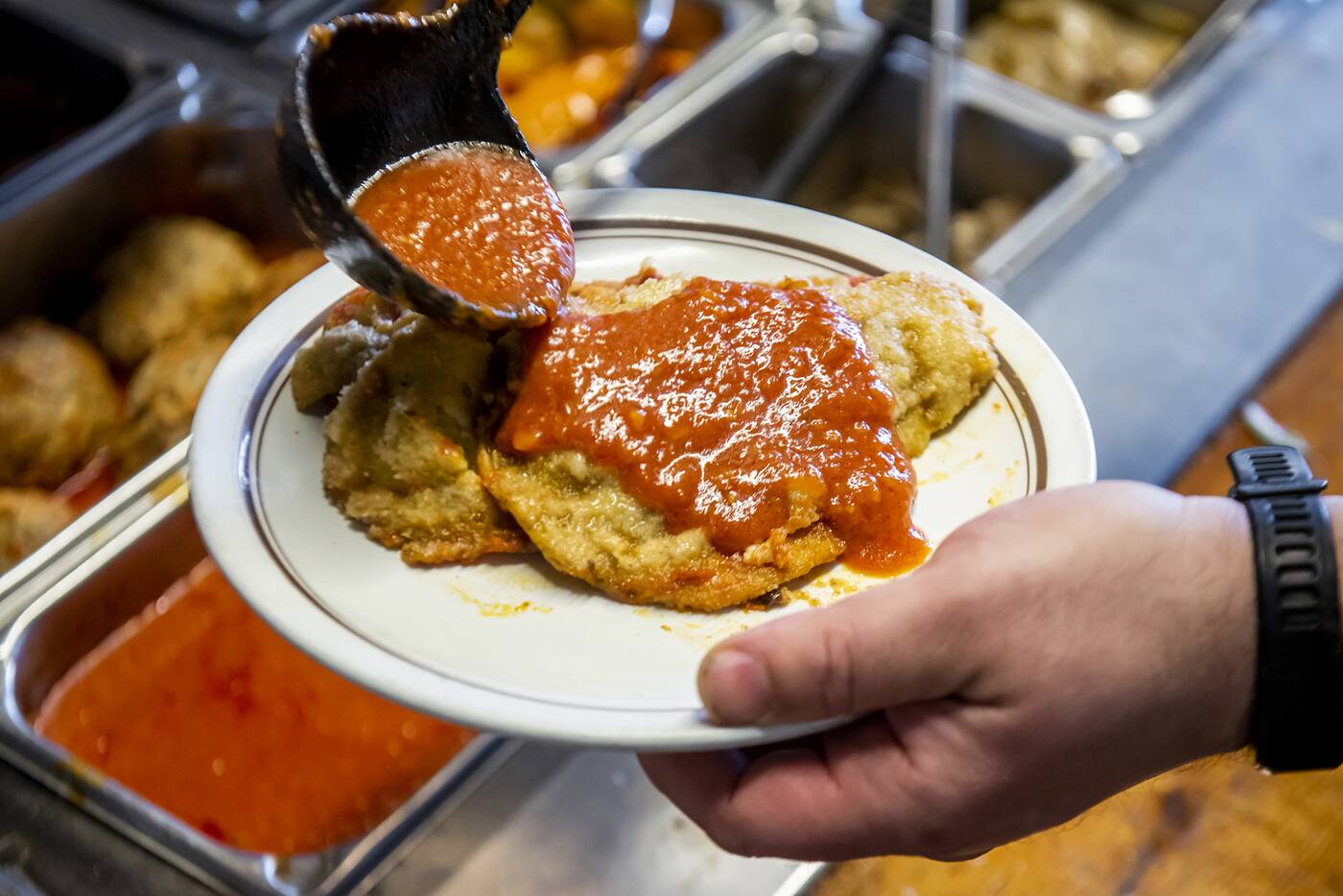 Available every day, the hot table offers a number of different meats and sides prepared that morning and usually sells out before closing time, attracting a line of regulars at lunchtime. 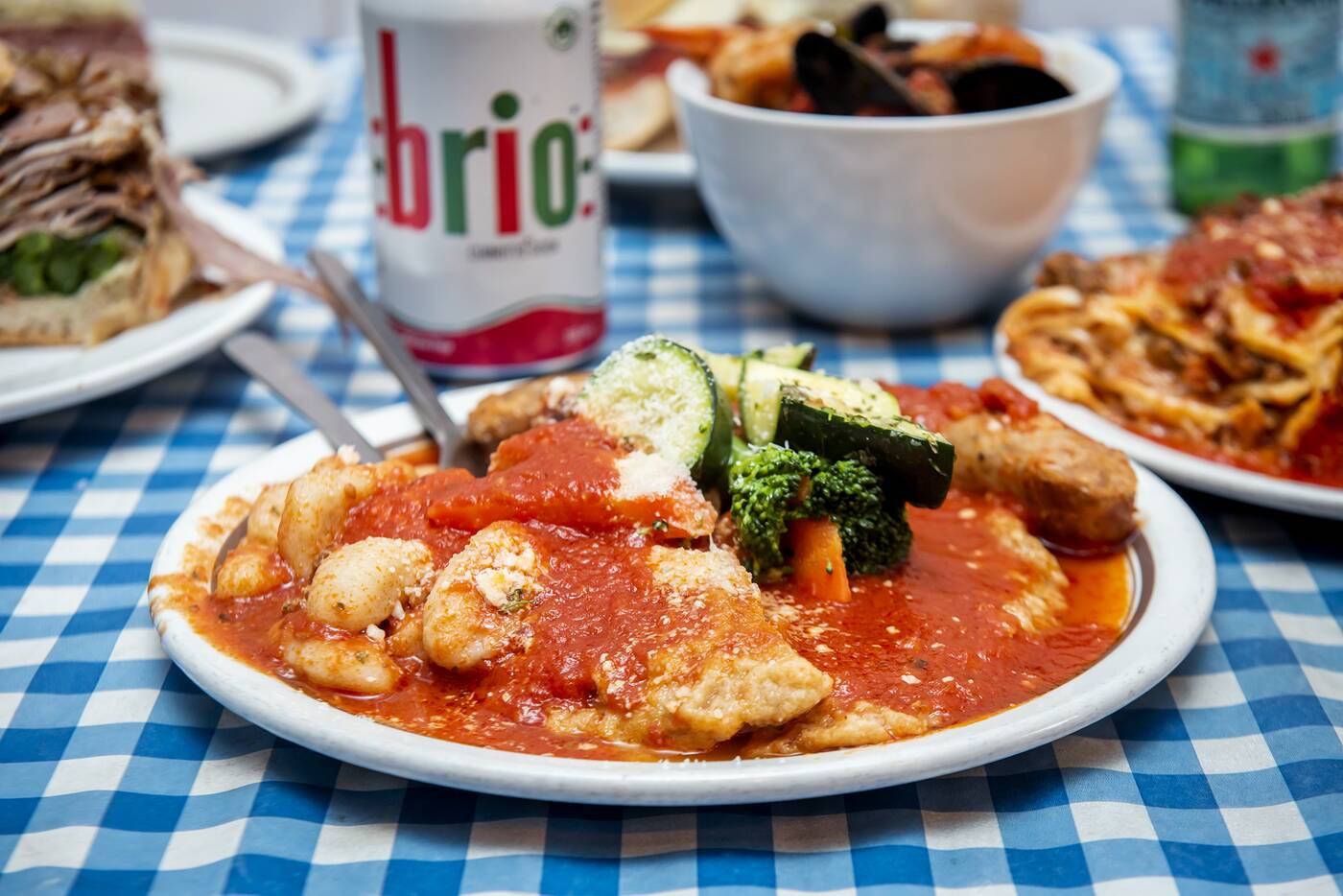 The lunch combo gets you one choice of meat (chicken, veal, meatballs, sausage and pork) and two sides (gnocchi, veggies and salad) for $13.99. 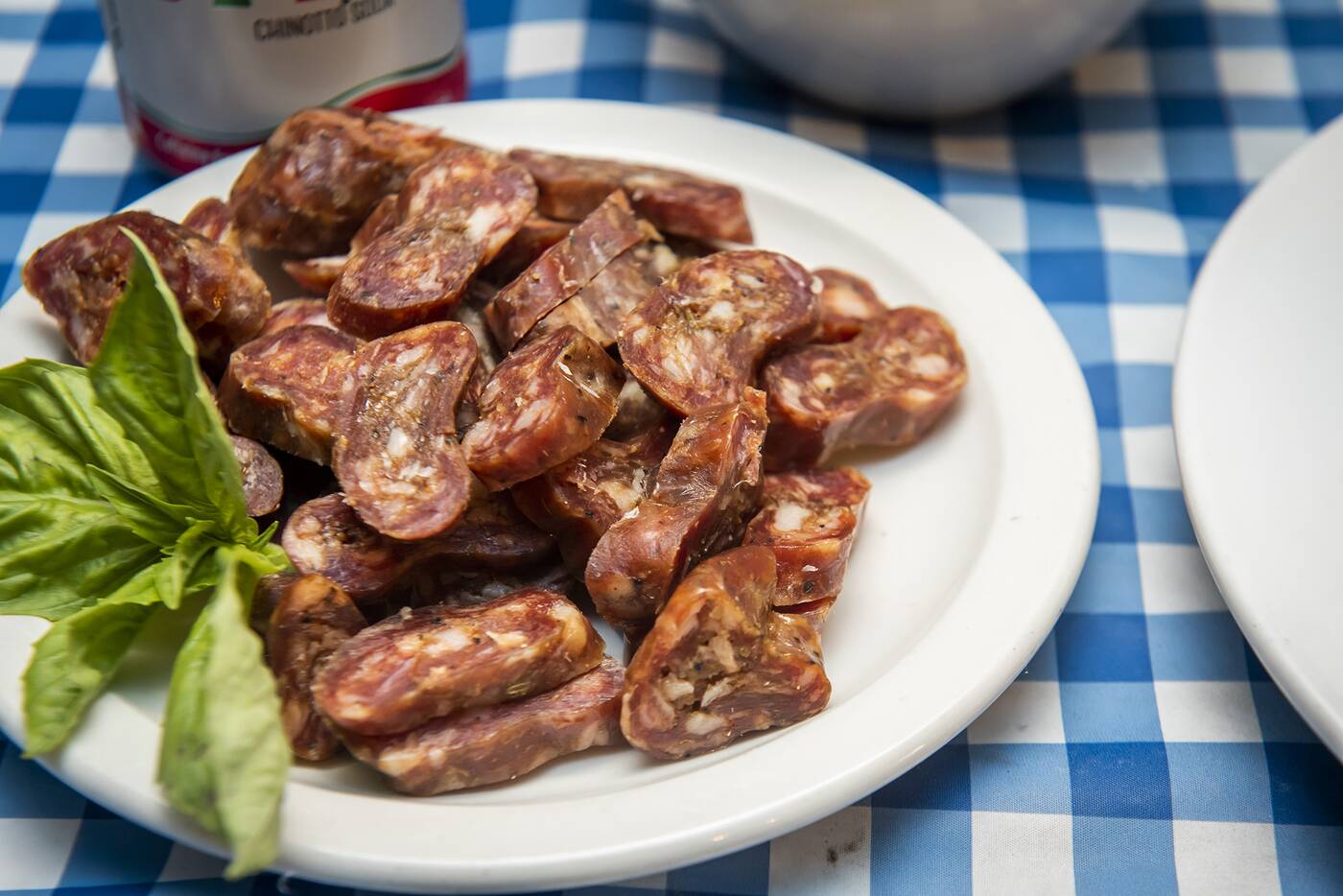 The Italian sausage, which comes fresh behind the counter as well as frozen and dried, is still made by Joe's dad and provides just the right amount of heat. 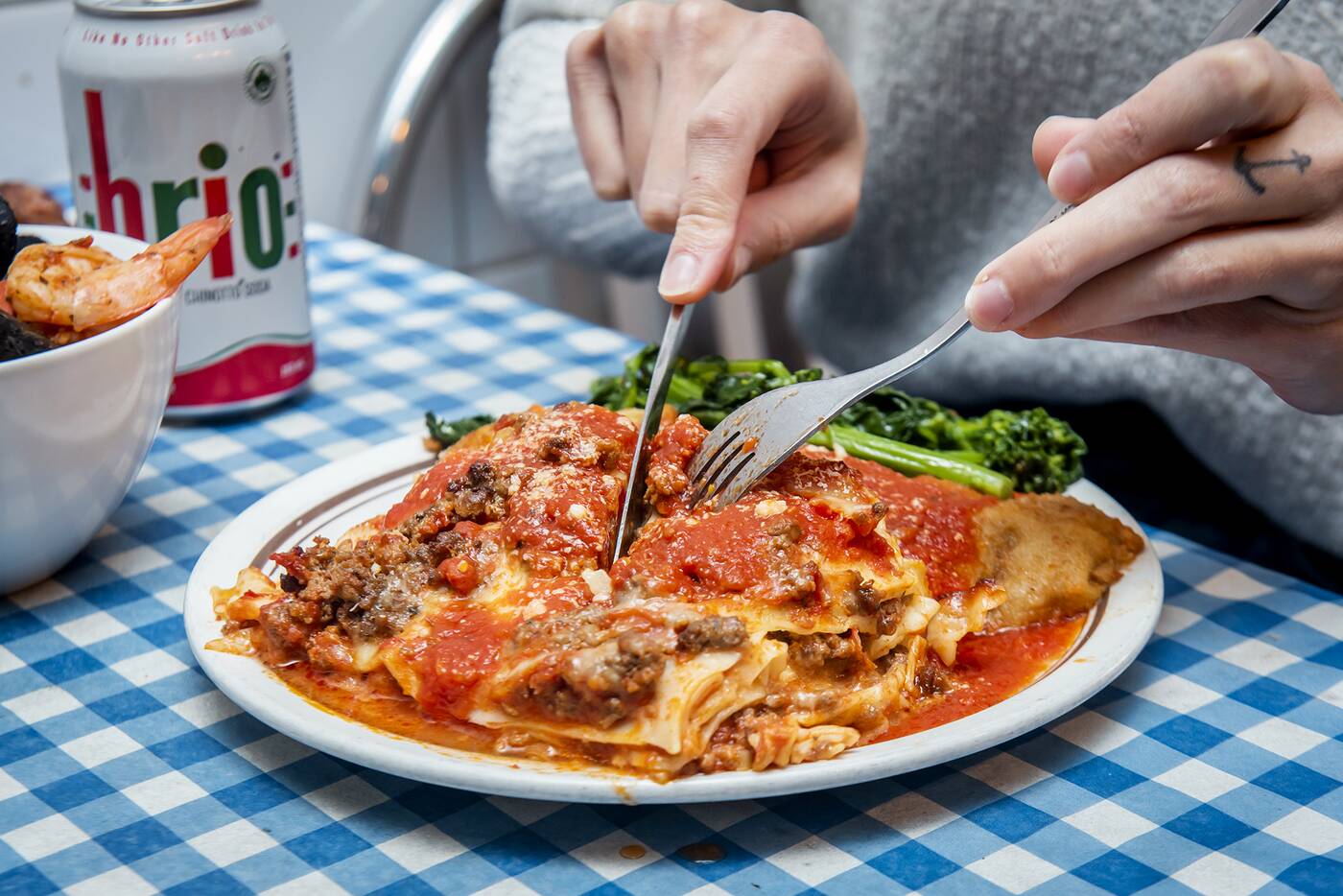 It's also hard to find something wrong with the lasagna that's slathered in that famous tomato sauce. 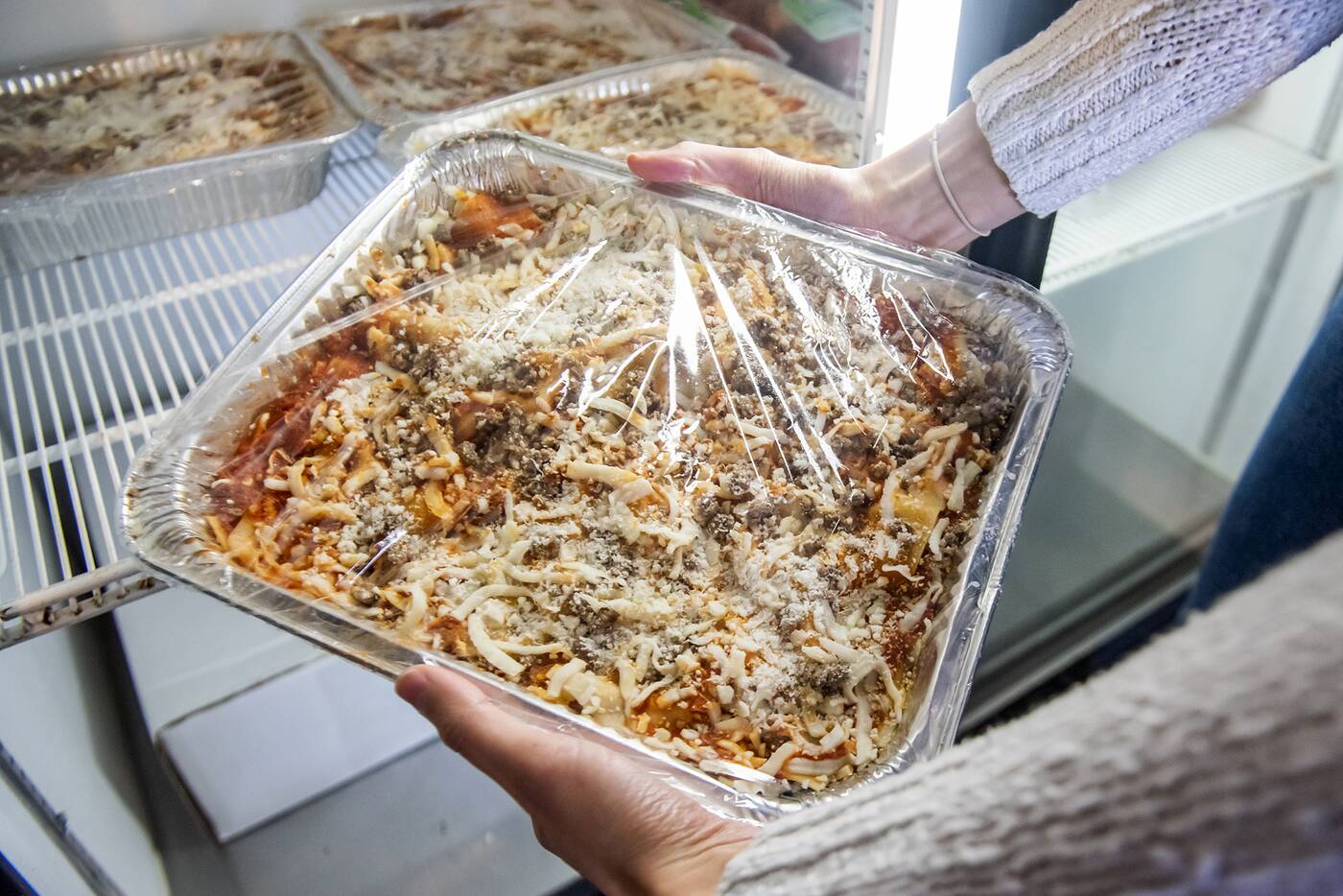 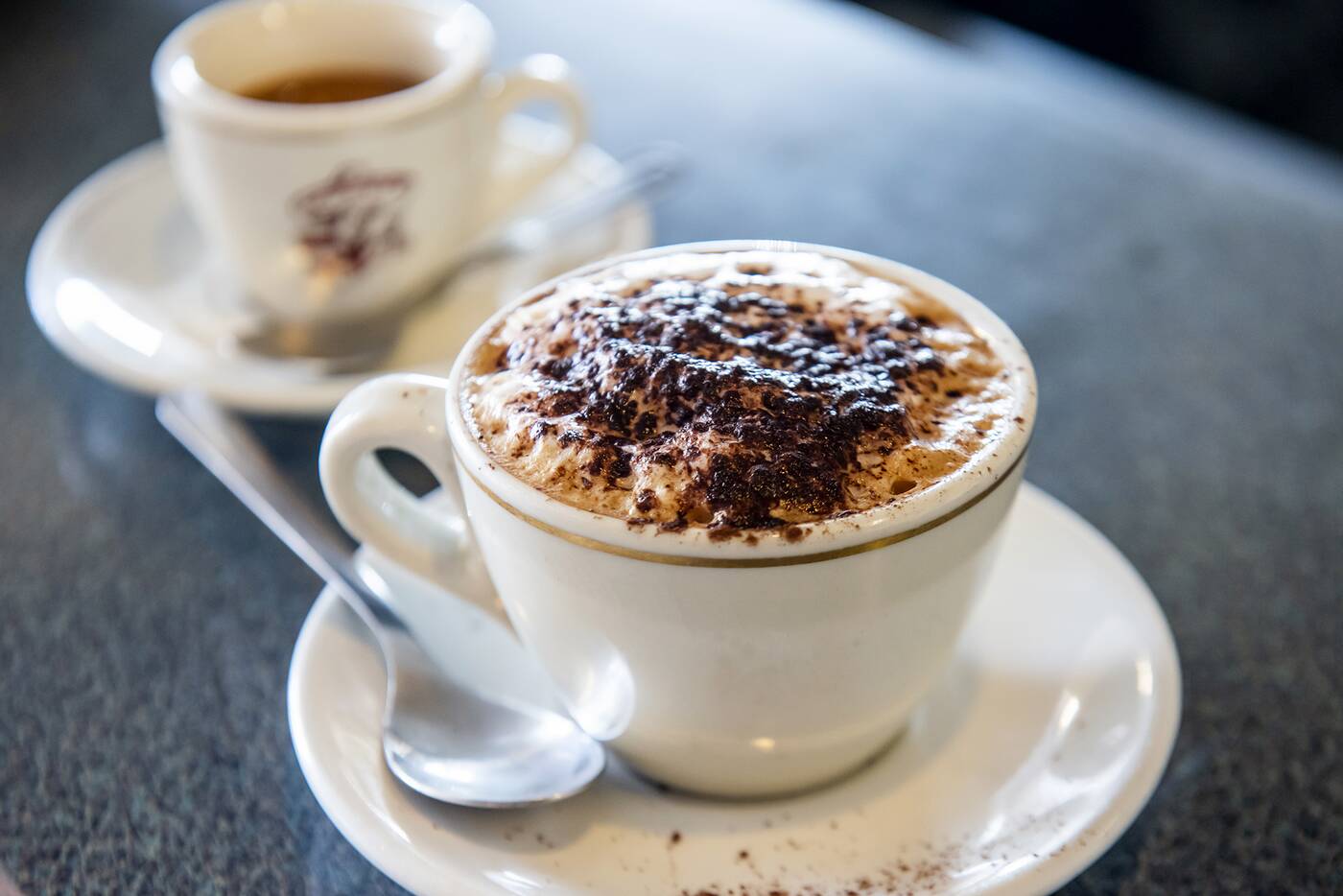 A cup of freshly brewed cappuccino or a cold Brio are the usual drinks of choice.

Buon Giorno Caffe is a pleasant surpise to anyone not already familiar with this spot. It certainly doesn't hold back on flavour or service, which has earned it decades worth of repeat customers. 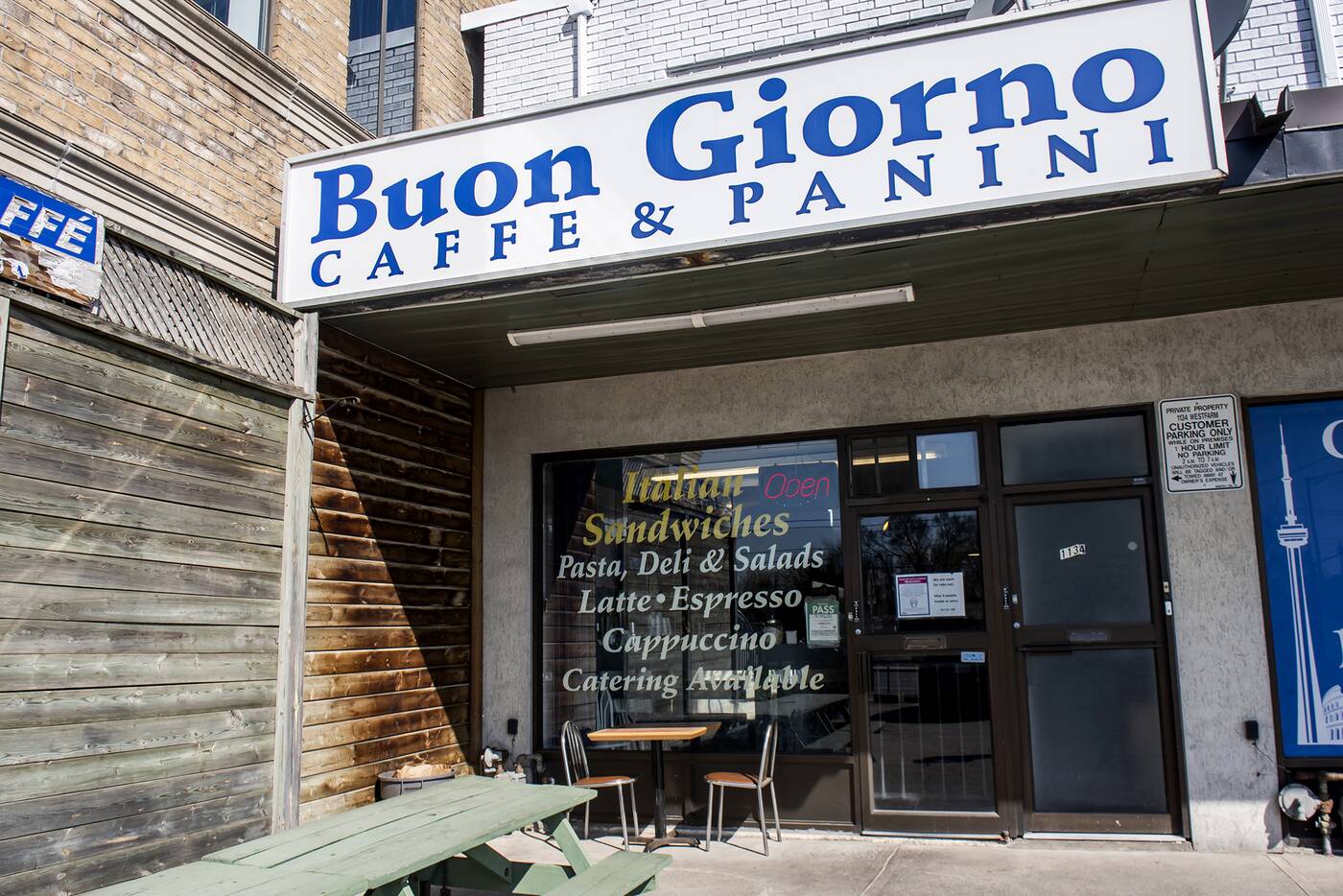