Bryan's BBQ is currently open but their offerings and services may be affected due to the pandemic. Please contact the business directly for more information about any changes. Is this your business? Please contact us if you would like to update this message.

Bryan's BBQ is the best cook table eatery I've encountered since my return from Korea just over a year ago. Dispute it if you dare, but this Bloor St. spot is a bounty for fresh cuts of never-ending meat, traditional sides and bubbling dolsot bowls of soup and rice. 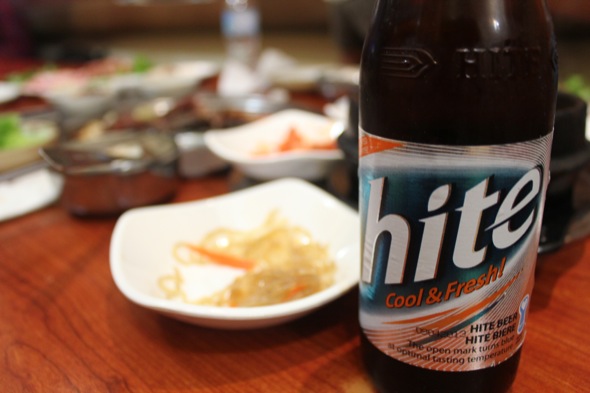 Working, or rather eating, my way through various neighbourhoods around South Korea, I was seldom against the idea of pulling up a small stool, cranking up the grill, and delving into piles of grilled meat, as my rosy-cheeked compatriots and I emptied bottles of soju and beer. The communal atmosphere and taste that characterized so many of these small restaurants was something I hadn't seen replicated at any Korean BBQ places around Toronto since my return. 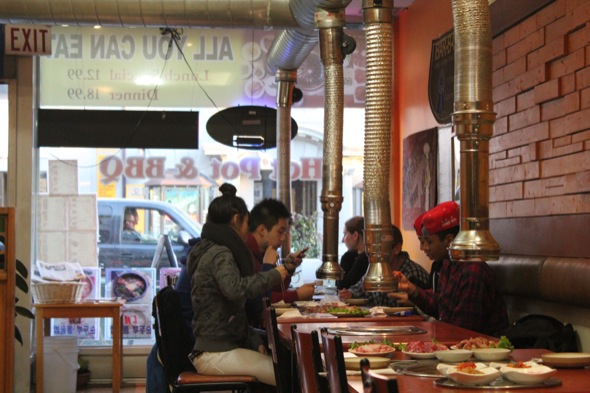 The interior of Bryan's BBQ is unassuming. There are pull-down metallic ventilation systems and grills imported from Korea, and a simple dĂŠcor marked by uneven wood-thatched walls meant to replicate bricks, but most importantly a menu brimming with various swine, poultry and bovine--this was exactly what we were looking for! 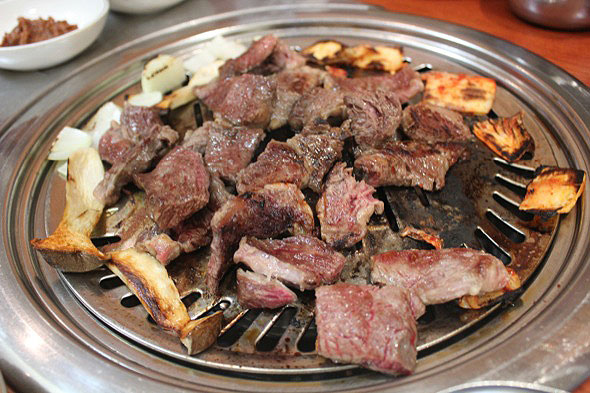 There are two AYCE options: the Special 1 begins at $12.99 for weekday lunch ($14.99 weekends, served from 11am-3pm) and $18.99 for dinner. This includes unlimited rice, doenjang jjigae (soybean and tofu soup) and veggies, as well as 8 different kinds of meat served in a random order. The Special 2 will run you $24.99 per person and comes with the same sides, a free choice of 8 types of meat, including galbi (not offered on the other menu), and the addition of a free appetizer on which you should consult the waiter. 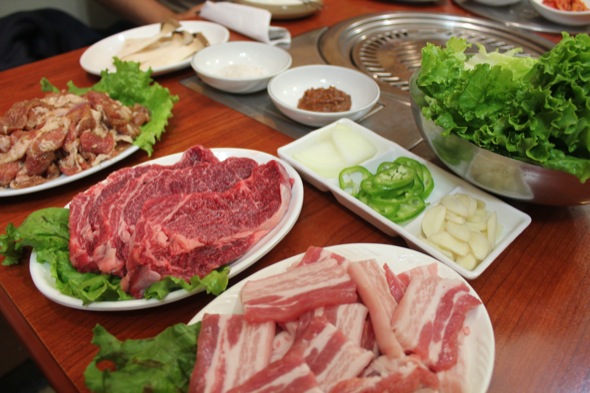 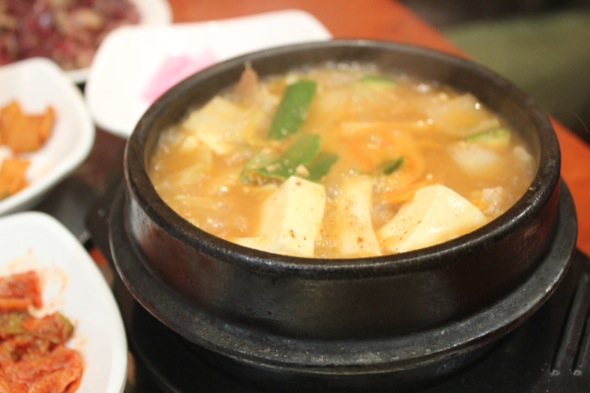 After two turns at the Special 1, I must admit that the quality of the meat was superb and the taste of the sides, such as the doenjang jjigae , was up to the local standards. Also important was the Korean import liquor, such as soju and Hite beer--hard finds around this city!

Given that this is an AYCE format (something that is not as common in Korea), there are some rules to be followed which might lend themselves better to Korean commonality. As with most AYCE places, the whole table needs to be ordering the special, though they were very accommodating to our vegetarian friend, who ordered what she described as a "perfect" dolsot bibim bap ($8.99). You'll also be fined for not finishing your order, so plan your meal accordingly. 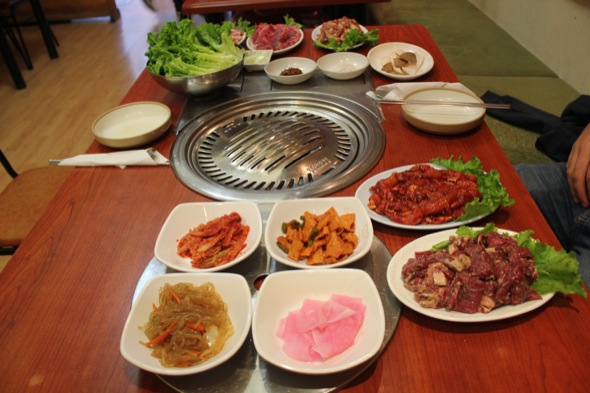 The unlimited sides are also worth noting, aside from how quickly they're replenished. The japchae had a nice sesame taste and wasn't too oily. The odeng was nice and light and had a spicy kick from the green chilies. There was also some flavourful paperthin pickled daikon, and everybody's friend, some delicious--not too garlicky, not too sour--kimchi, which was amazing on the grill then tossed into a lettuce wrap with some meat and ssamjang. 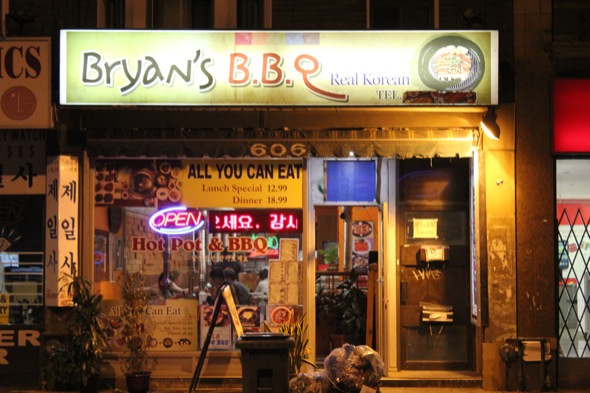 A per-chance stumble-upon with some friends of mine who I'd lived with in Seoul brought me to Bryan's several weeks ago. The food and the atmosphere will bring me back time and again. 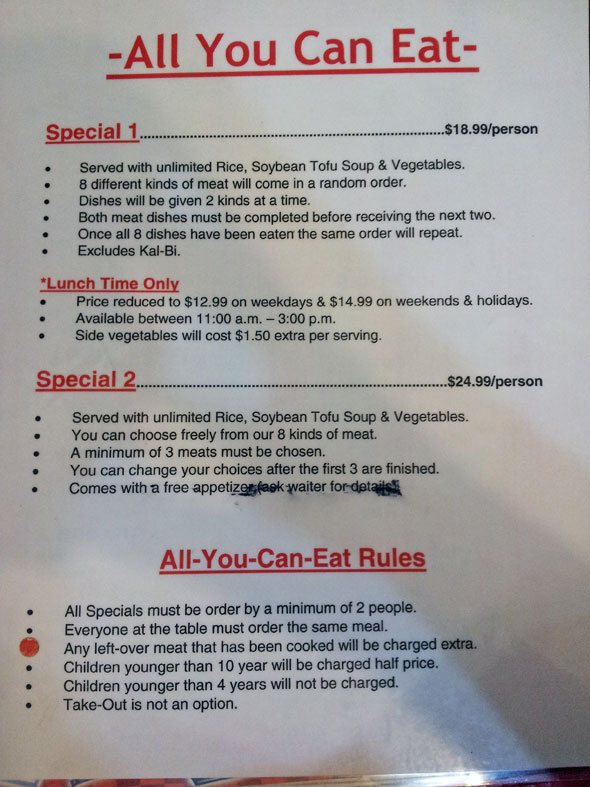