Chicken in the Kitchen is more than just clever wordplay, it's also the first overseas location of a popular Korean fried chicken chain that originated in Seoul.

The brand gained fame after being featured in Food X File, a popular food TV show in South Korea. Their first Canadian location sits on the southwest corner of Yonge and Finch, in the heart of Koreatown North and steps away from the Finch subway station. 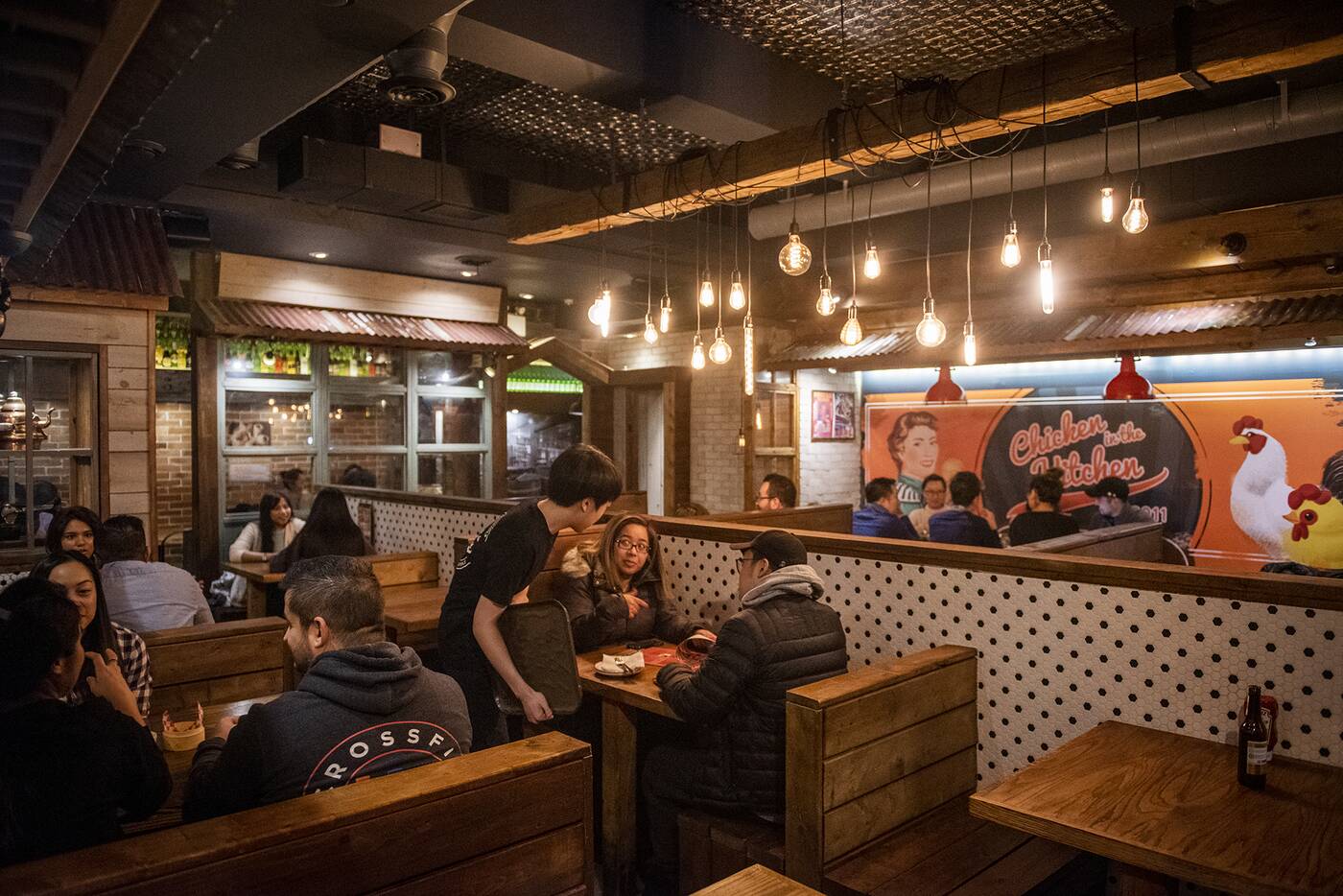 In Korea, fried chicken is more than a dish, it's a culinary culture which, when combined with beer, is called chimaek—a communal meal of beer and fried chicken consumed by friends to celebrate the end of a hard work day. 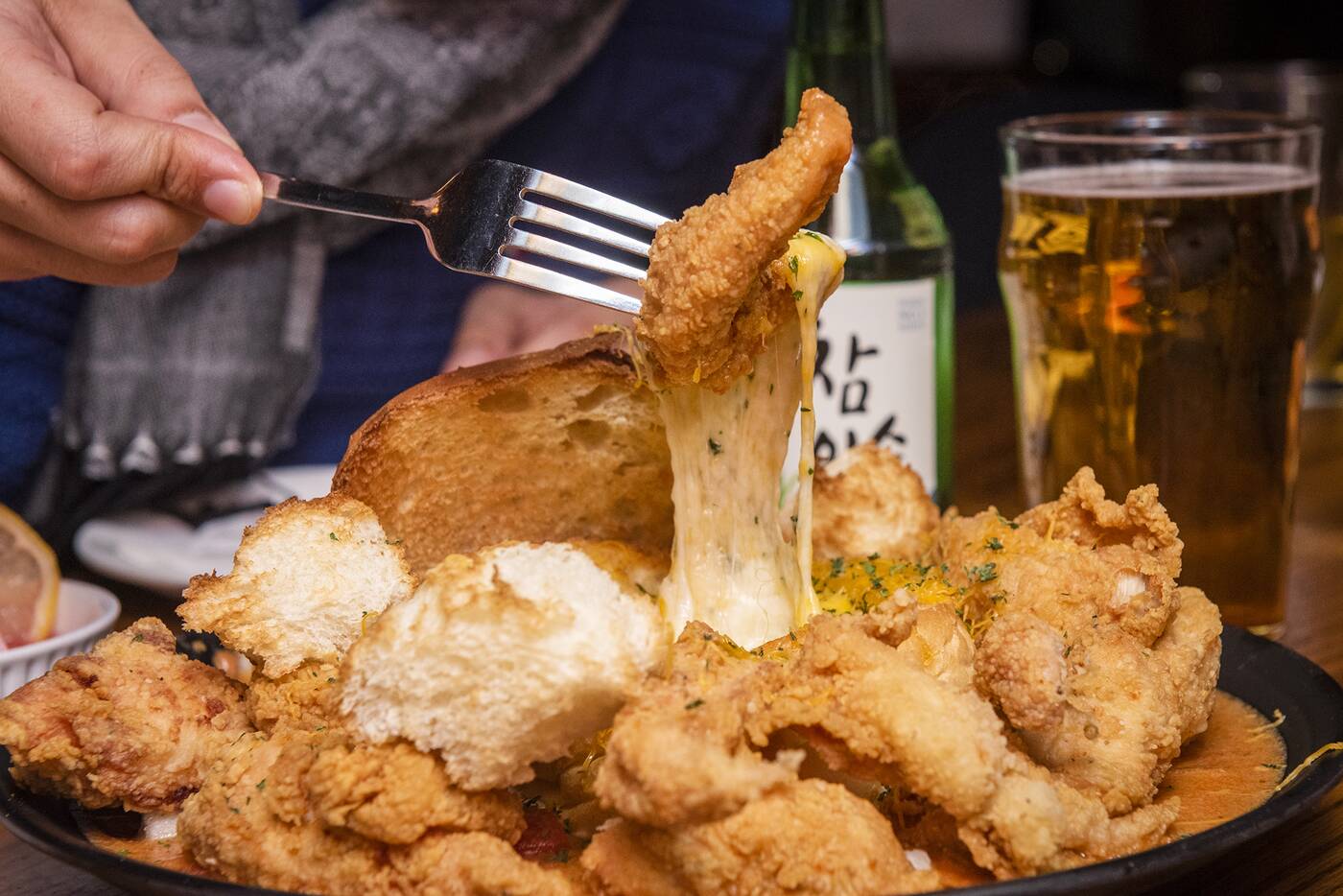 The signature item here is unquestionably the Cheese Volcano Chicken ($30.99), an impressive-looking platter decked out with fried chicken breast sitting on top of creamy rose sauce. In the middle, a toasted bread bowl crowns the dish, filled with a mixture of melted gouda and parmesan cheese. 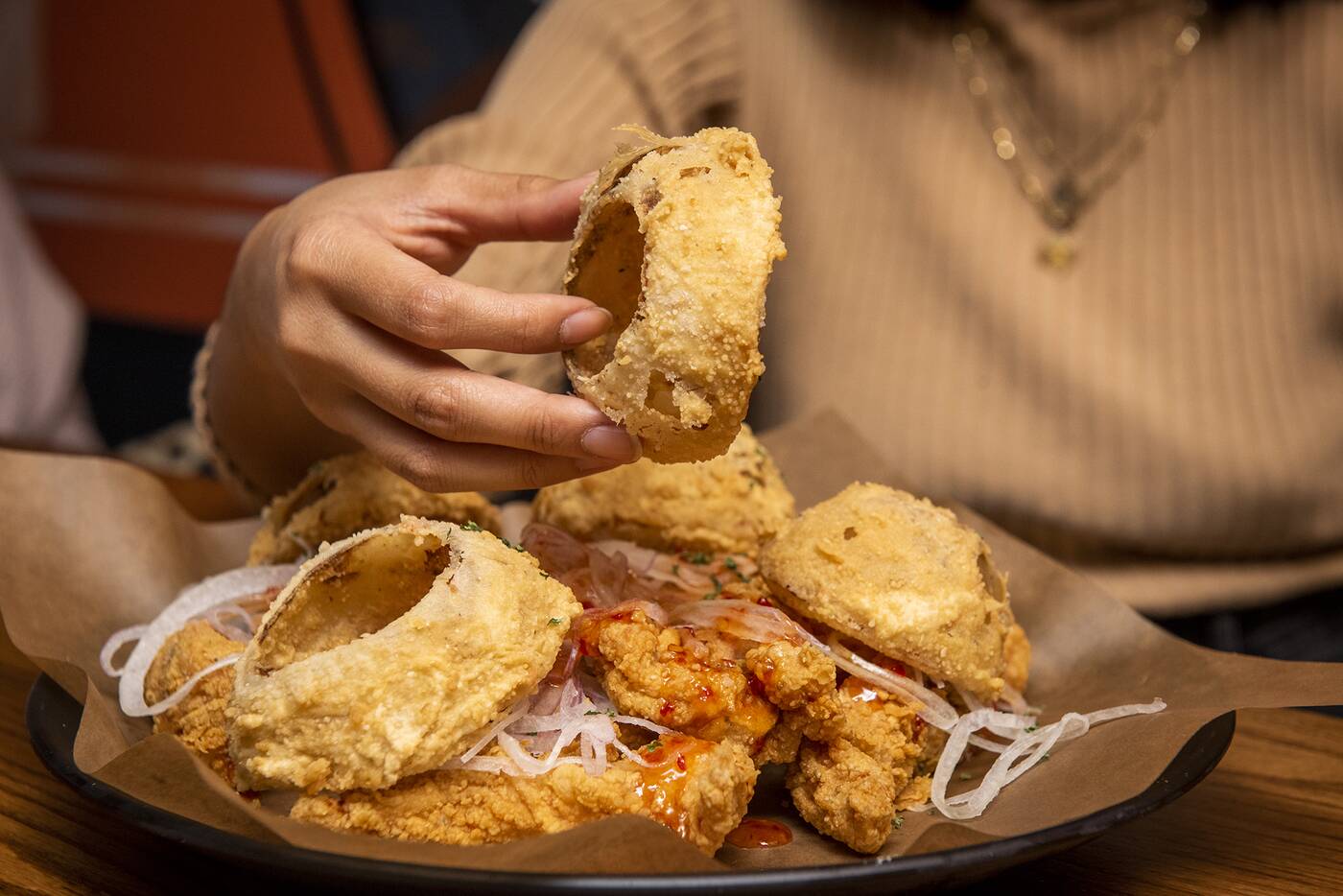 The Onion King Chicken ($28.99) is another platter which is filled with fried chicken breast and satisfyingly tasty fried onions. The white onion sauce that lightly covers the dish is a nice touch. I do wish they had a dark meat option, though. 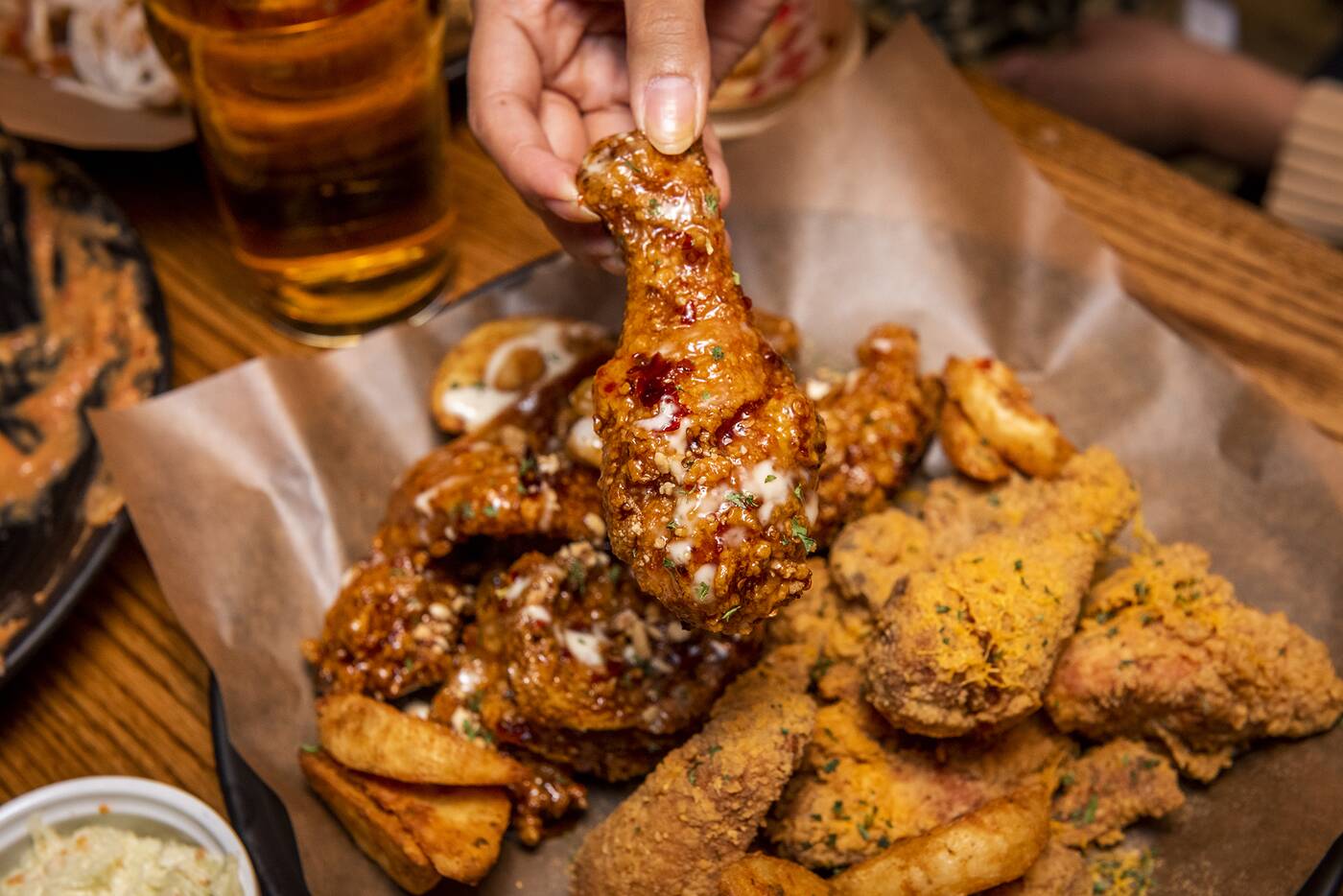 If you prefer a less fussy fried chicken, opt for some of their more traditional offerings. My platter featuring half Supreme Red Hot Chili ($13.99) with garlic sauce, mixed with half Gold Fried Chicken ($14.99) featuring potato wedges and cheddar cheese is a winner. 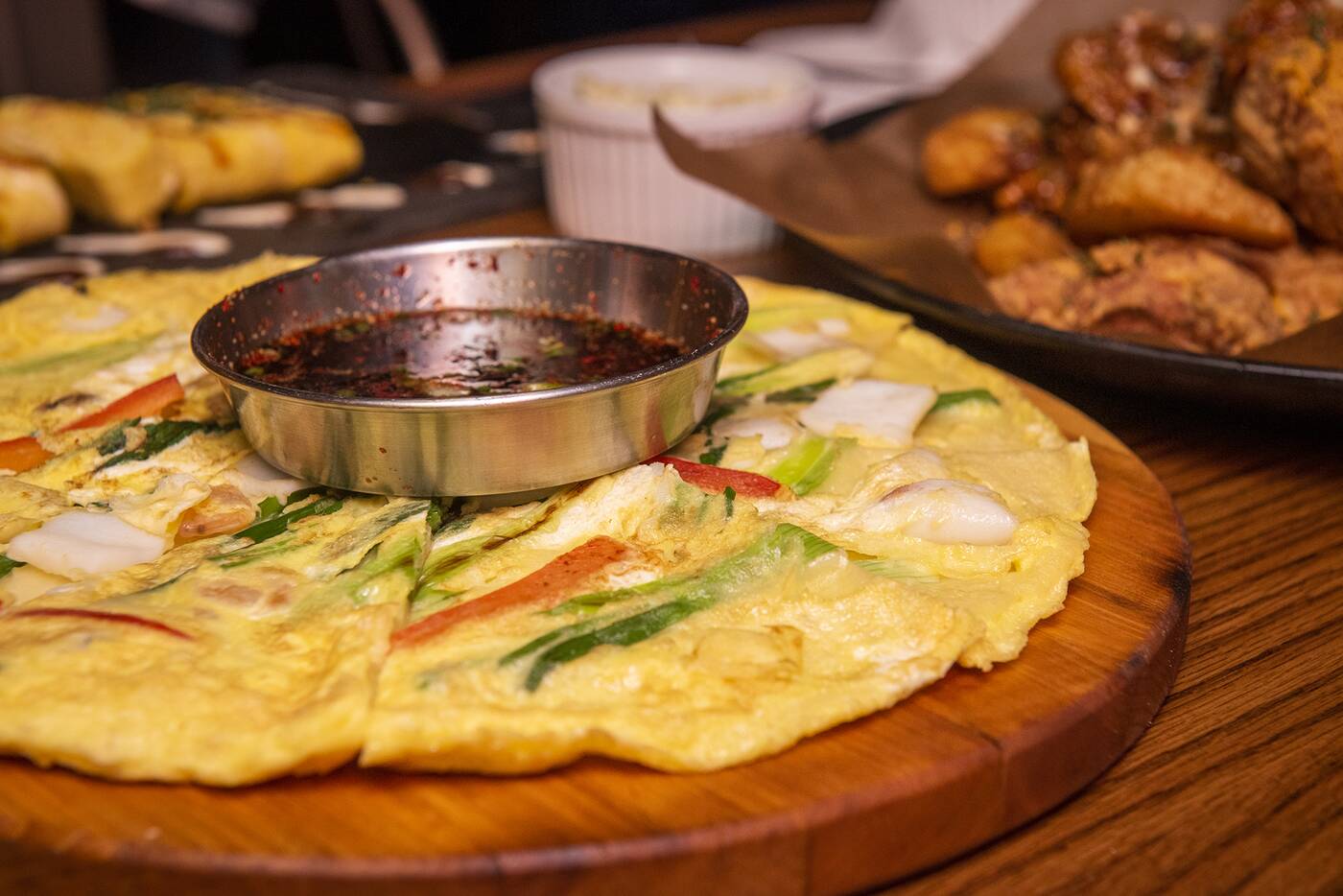 And what would a Korean restaurant be without side dishes? The Seafood Korean Pancake ($15.99), a staple in almost every Korean establishment, is on the menu here. It comes with mixed seafood, green onions and red pepper. It's serviceable but I've definitely had better. 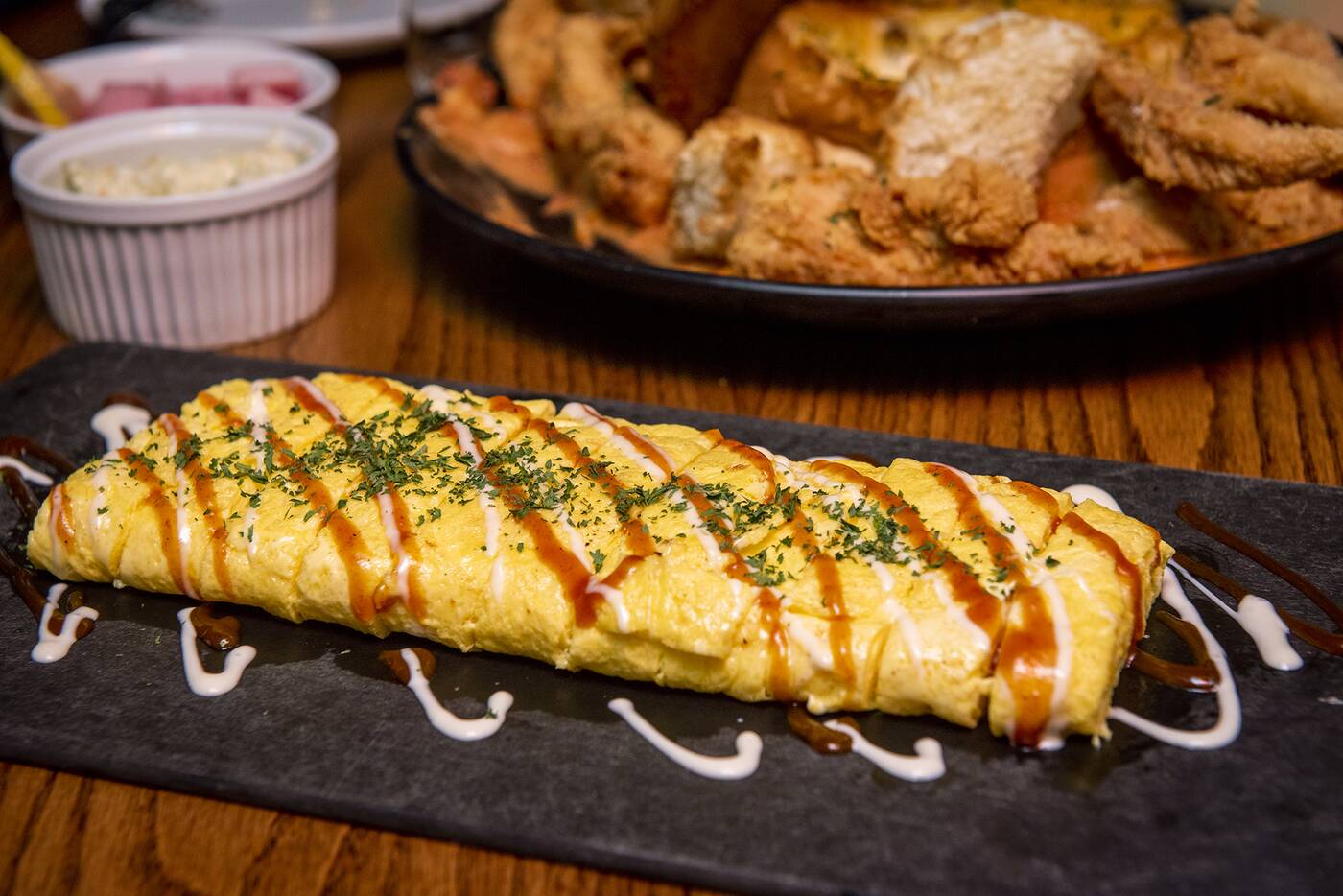 I enjoyed the Cheese Soft Egg Roll ($13.99) more, which is essentially a fancied-up omelette featuring green onions, mushroom, and mozzarella. For maximum effect, eat this dish while still piping hot. 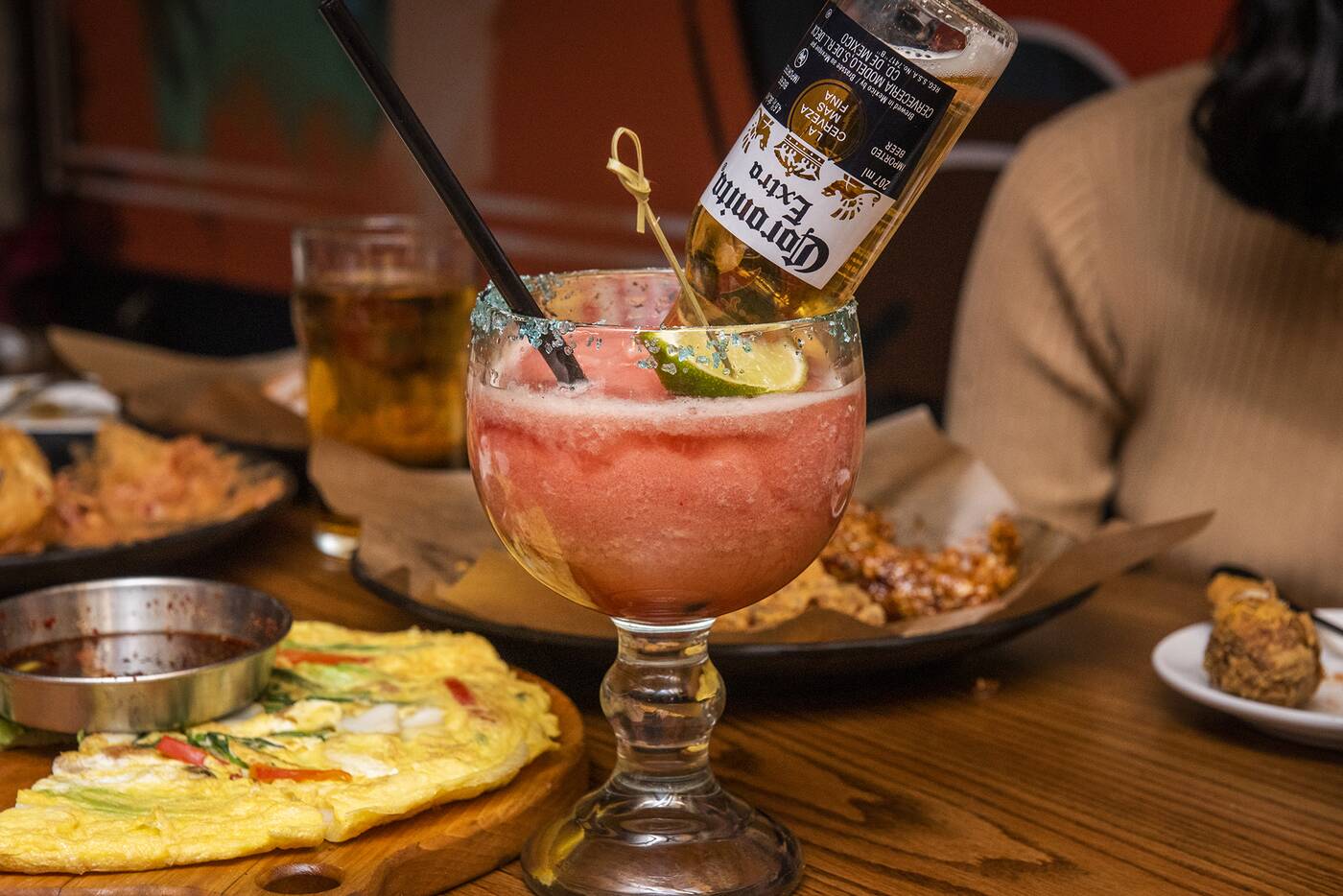 And what would chimaek culture be without drinks? To round up your meal, the Strawberry Coronita ($11.99) is a fantastic mash-up of strawberry margarita and a cute bottle of Coronita beer. 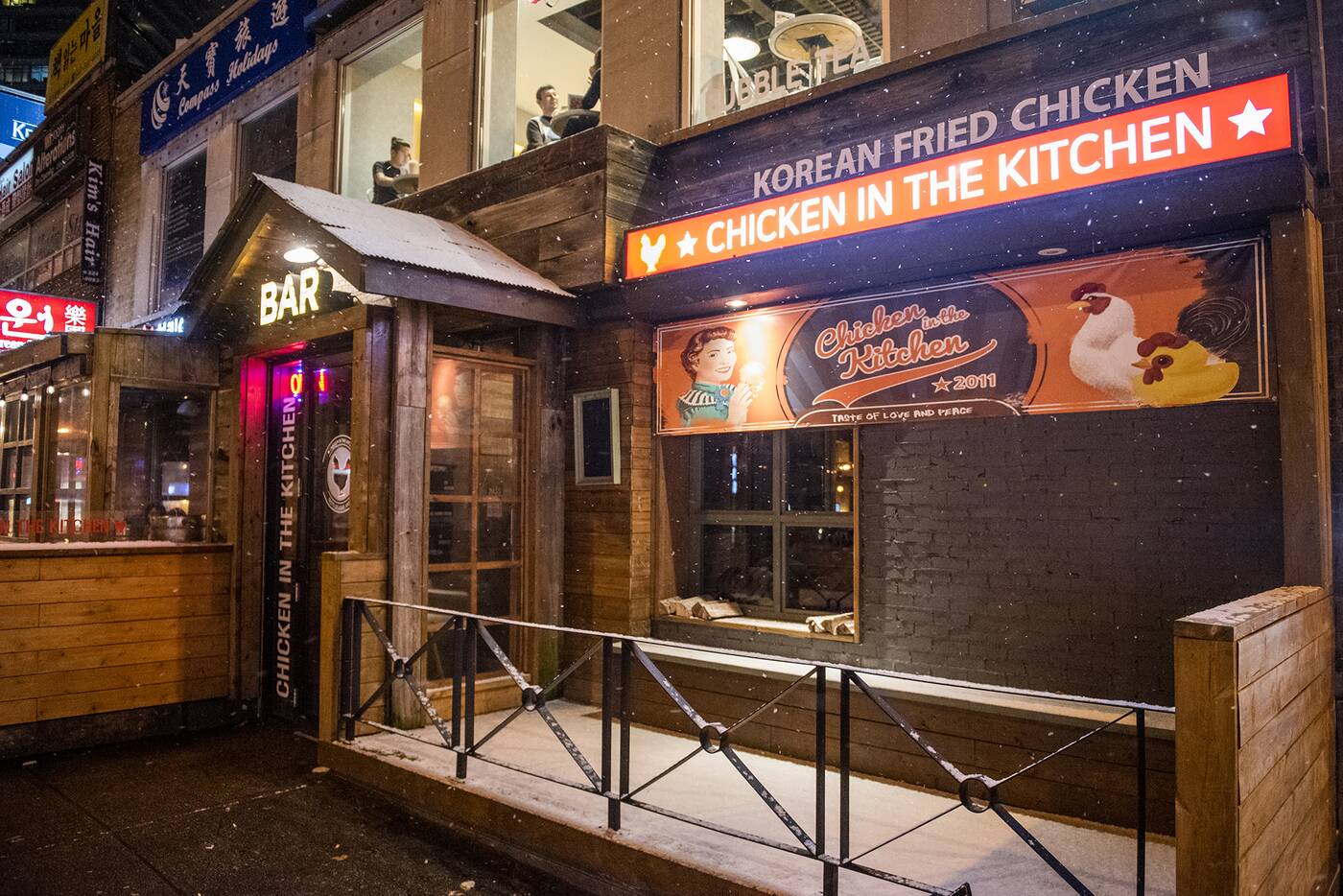