BruDa is the latest incarnation of the former Negroni — and short lived Carpano — space on College at the eastern edge of Little Italy. Unlike the previous tenants, BruDa isn't solely an italian eatery but rather an upscale pan-European venture by Neil Da Costa and Victor Brum, formerly of Trattoria Giancarlo .

The space must've been a turnkey sale as most of the interior has stayed the same. The church pews and open concept kitchen did not detract nor add any personality from its previous occupants, but we do note rather early on that the service is attentive and friendly.

Upon seating, our attentive server quickly placed a cruet of olive oil and slices of house-made baguette on our table. The oil was sorely needed as the bread was pre-sliced and dried out long before we arrived. The crust featured a hue similar to my own pasty winter skin, and if there's no colour, there's no flavour. Oh well. Onto bigger and better things, we hoped. 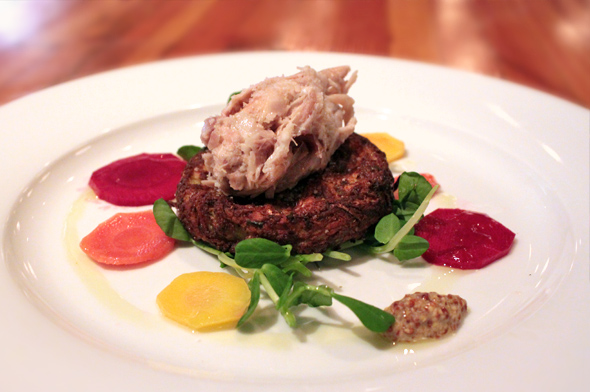 We began with the slow cooked spiced rabbit over a potato cake and topped with micro-greens ($10). Rabbit can be a sinewy gamy cut of meat (even farmed) so a low and slow method of cooking is perfect — at least I thought. The protein was broken down to the point it resembled canned chicken and the vague "spiced" aspect was completely missing. The dish seemed like a failed attempt to confit without olive oil. 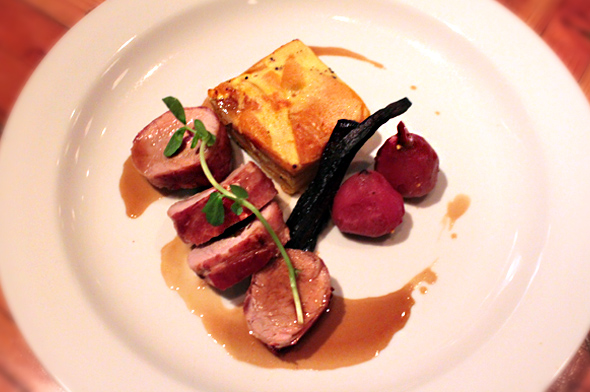 The double smoked pork tenderloin with a coffee-fig reduction and a butternut squash gratin ($17) stood out on the menu just for the pairing of figs with pork — a great combo. Moist and smokey without being overpowering, the loin was a knockout that tasted similar to a cured ham accented by the slightly sweet and acidic reduction. Again, there were issues with seasoning. The gratin lacked proper salt and pepper leaving a bland starchy film on the palate. Further to that, its seemed a bit pedestrian for what BruDa boasts it's all about. Not exactly the reaction I was expecting this dish to elicit. 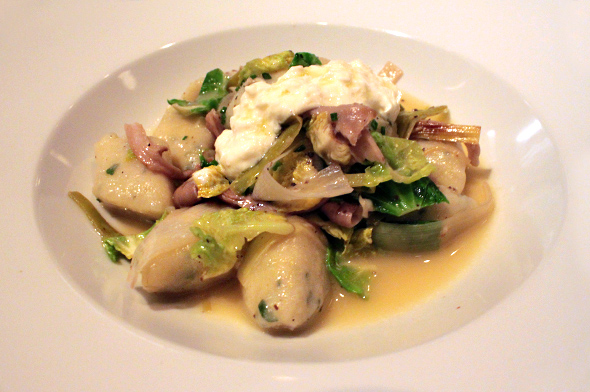 I was impressed by Carpano's gnocchi so why not put BruDa up to the Pepsi challenge? The chef-rolled Gnocchi was accompanied by a complex broth of leeks, truffle, brussel leaves and my drug of choice, burrata. Balanced and complex, the dish was wonderful except for the main attraction, the gnocchi. They were overworked, creating glutinous batons that were far too dense and heavy.

The ever expanding gnocchi in my stomach put the kibosh on dessert. We were done and not altogether satisfied with the meal. 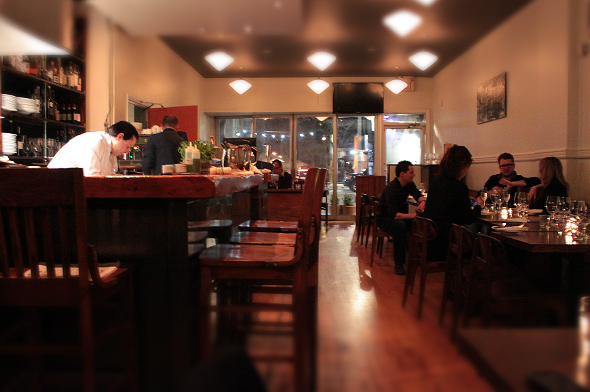 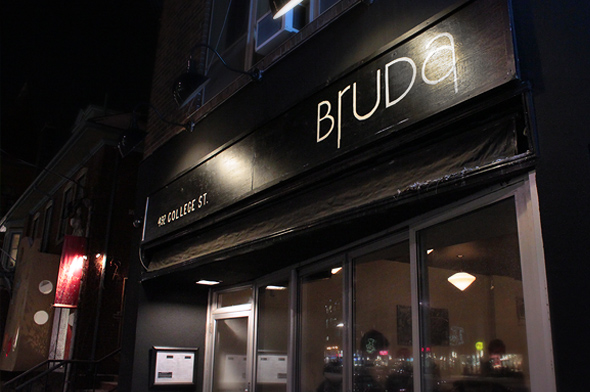