Brooklyn Tavern is a two week old restaurant and bar that takes its name from the being located at the foot of Brooklyn Avenue on Queen East rather than the New York burb (phew!). 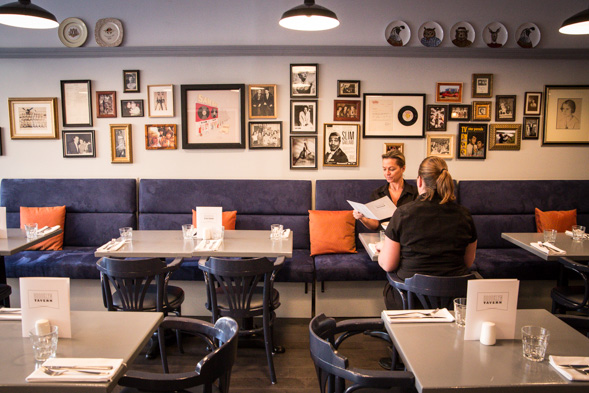 Taking over from Fare Bistro , the interior sports a new look that pairs royal blue upholstery with deep stained woodwork and tortoise shell finishes. The walls are covered in framed photos and personal mementos from owners Cindy Wilkes and Dave Steadman's family albums. 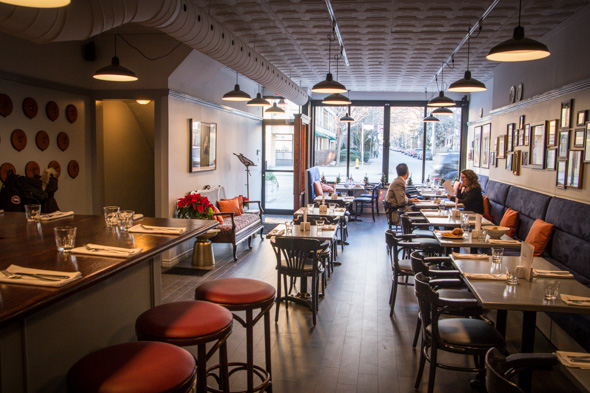 For starters, there's the vegetarian friendly Chickpea Fritters ($4.50, lead photo) that boast a golden crispy exterior and gooey centre. Served with a side of spicy eggplant caviar for dipping, they're a crave-worthy snack that I'd expect to cost more. 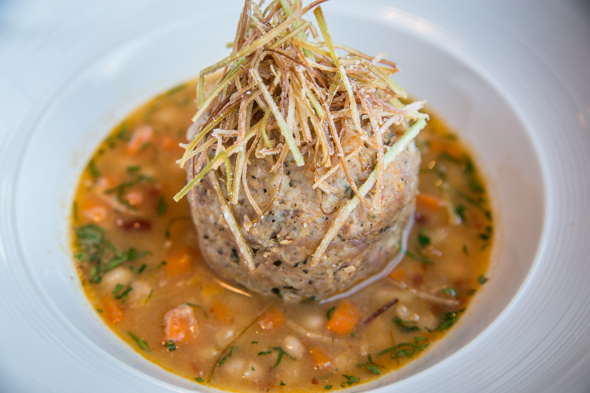 Next up, the Giant Meatball ($13) is made of ground pork and veal stuffed with pulled pork and served in a bowl of smoky chipotle and white bean broth. Crispy fried leeks garnish the top for extra satisfying crunch. 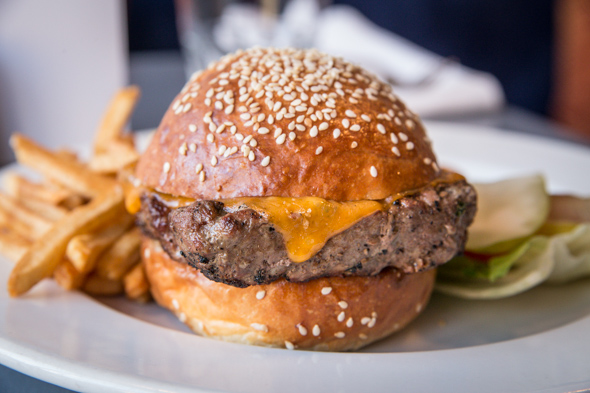 The Brisket Burger ($14) is reportedly the best seller so far. The half-pound square patty is ground in-house, cooked to spec (yay pink burgers!) and served on a sesame seed bun. Standard toppings like lettuce, tomato, onions and pickles are offered on the side along with a choice of fries or salad. Bacon, cheddar or a fried egg can be added for an extra $2. 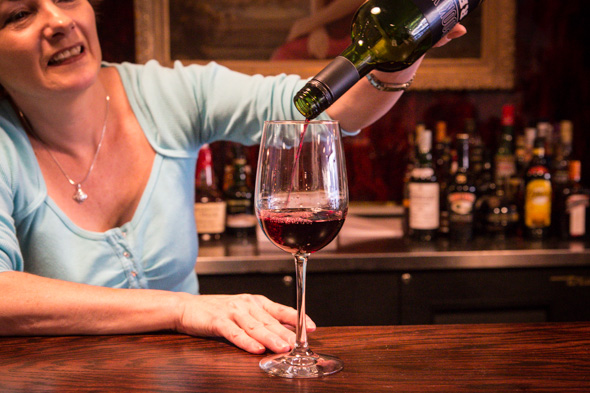 The wine list features mainly new world and VQA bottles including the house Brooklyn Red ($7.50), a Baco Noir-Cab Sauv blended by St. Catharine's winery Speck Bros . The cocktail list features five specialties like the Doris Delight ($12), named for the painted portrait mounted over the bar. "She looks like a gin drinker" Wilkes exclaims as she describes the Beefeater-Cointreau drink blended with orange and cranberry juice.

The weekend brunch menu veers from conventional hollandaise-topped standards acknowledging that the neighbourhood already has enough of that. Instead, there's less common options like a Seafood Cocktail ($14), Pork Carnitas with Sunchoke Hash ($12), and Quinoa Kale Fried Eggs ($10). 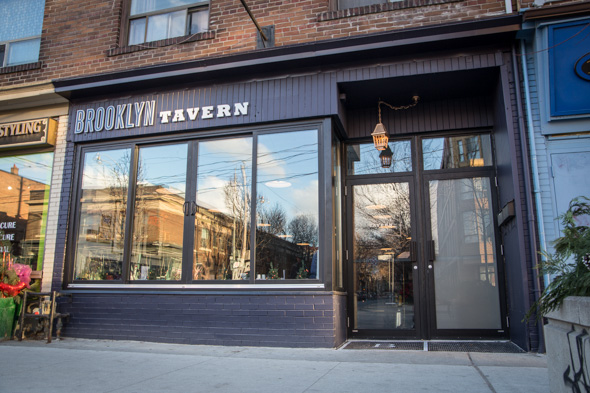 Brooklyn Tavern is open weekdays at 11:30am and on weekends from 10am. The kitchen closes nightly at 11pm, but the bar will reliably stay open nightly until last call. On Sunday nights, the feature is a roast dinner. In the spring, look forward to checking out the 30-seat back patio.