Briscola is a Little Italy restaurant taking traditional Italian fare and adding a heaping serving of modernity to the mix. The catchy name comes from a traditional Italian card game, but the tradition stops there and sleek and trendy takes over as you walk through the door.

I arrived at Briscola around 9pm on a Tuesday night. The restaurant is long with a sunken back dining room and booths lining one side of the wall with a long bar stretching from the door to the back. It was quiet as to be expected late on a Tuesday night. Our server originally offered us the lone table at the front next to the door, but I didn't want to catch the breeze, so I asked if she could sit us a little further back.

We walked past a sweep of open booths in the quiet, empty front section but were lead deep into the back of the restaurant. The quiet empty seats at the front gave way to a large group in the back at a lengthy, stretch table. They were a suave older crowd dressed in Tuxedos and ball-gowns and looked like they would be making their way over to Gatsby's house for a garden party later in the evening.

Our server later told us they were having party to celebrate spring. It was loud and crammed causing my friend to keep leaning in to let servers pass by. Though a photographic nightmare, the lighting was barely detectable in a beautiful and flattering way.

We had both looked at the menu online beforehand and knew what we wanted to try. I decided on their classic spaghetti pommodoro (small $16, large $20), a staple of a classic Italian menu. My friend decided try the al forgo. 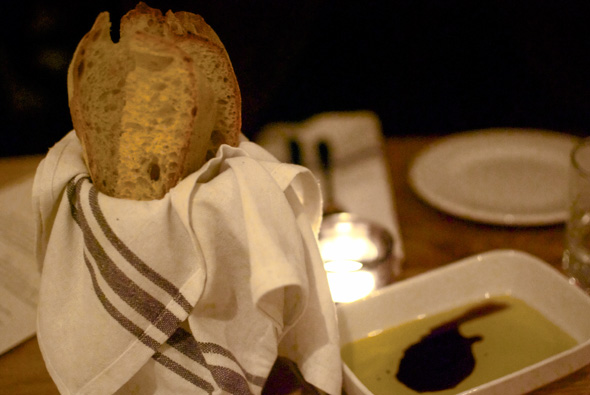 We were brought some slices of baguette in a wicker basket and a small dish of oil and balsamic vinegar while we waited for the food. The bread was traditional baguette but, typical of the North American interpretation of baguette, dried out and unnecessarily chewy.

Our plates arrived in a reasonable amount of time. I realized when my spaghetti was served that the small portion is indeed small. The pasta was moderately thick for spaghetti and cooked al dente. The cherry tomato sauce was thin and light with a crisp but almost creamy after taste and two intact cherry tomatoes cooked in. It was pleasant and the flavours in the sauce were bright but It was glaringly just pasta and tomato sauce, and a small portion at that. 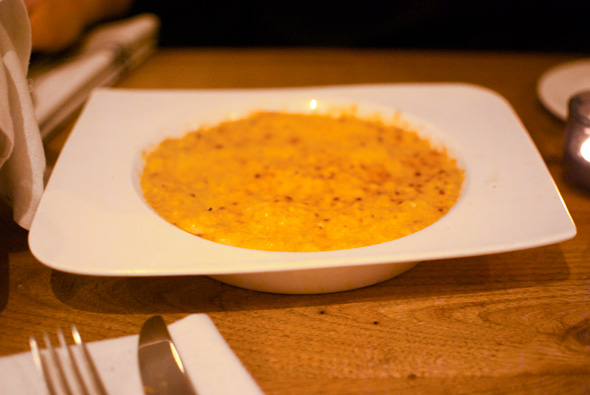 My friends al forgo came out in a dish still hot out of the oven. The tagliarini pasta was thin, stringy and finished au gratin. Tossed in a parmigiano fonduta that was both thick and rich, it was as equally decadent as savory. The serving was definitely more generous than the spaghetti. 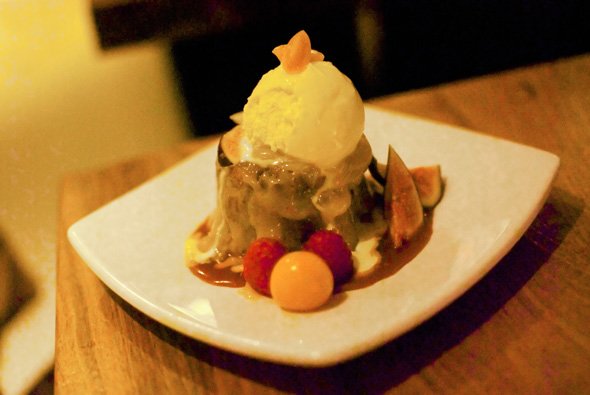 Our server raved about the panettone bread pudding ($8), so I was enticed to give it a try. The brioche style bread was studded with pistachios and dates: moist and gushing with pudding, it was served with a dollop of vanilla gelato and garnished with figs. It was the most memorable dish of the evening with a fine blend of nuts and tender bread cake.

Overall the food felt contemporary yet classic. I wished I had tried the eggplant parmigana, a supposed crowd favourite. My spaghetti sauce was too plain and flat to warrant the price tag, but other menu items are worthy of a try. Briscola has certainly found a market for an ultra-trendy take on dishes in Little Italy and is as much about food as it is about having a chic dining experience. 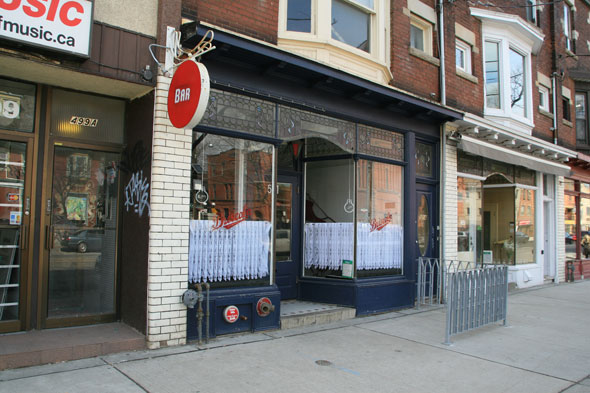