Bhojan Alley is an Indian restaurant that offers modern Indian dishes along with a list of signature cocktails made with tamarind, star anise and curry powder.

Self-coined as "that Indian restaurant in Little Portugal", the space on Dundas Street West doesn't look like much as far as interiors go but the magic starts when the food reaches the table. 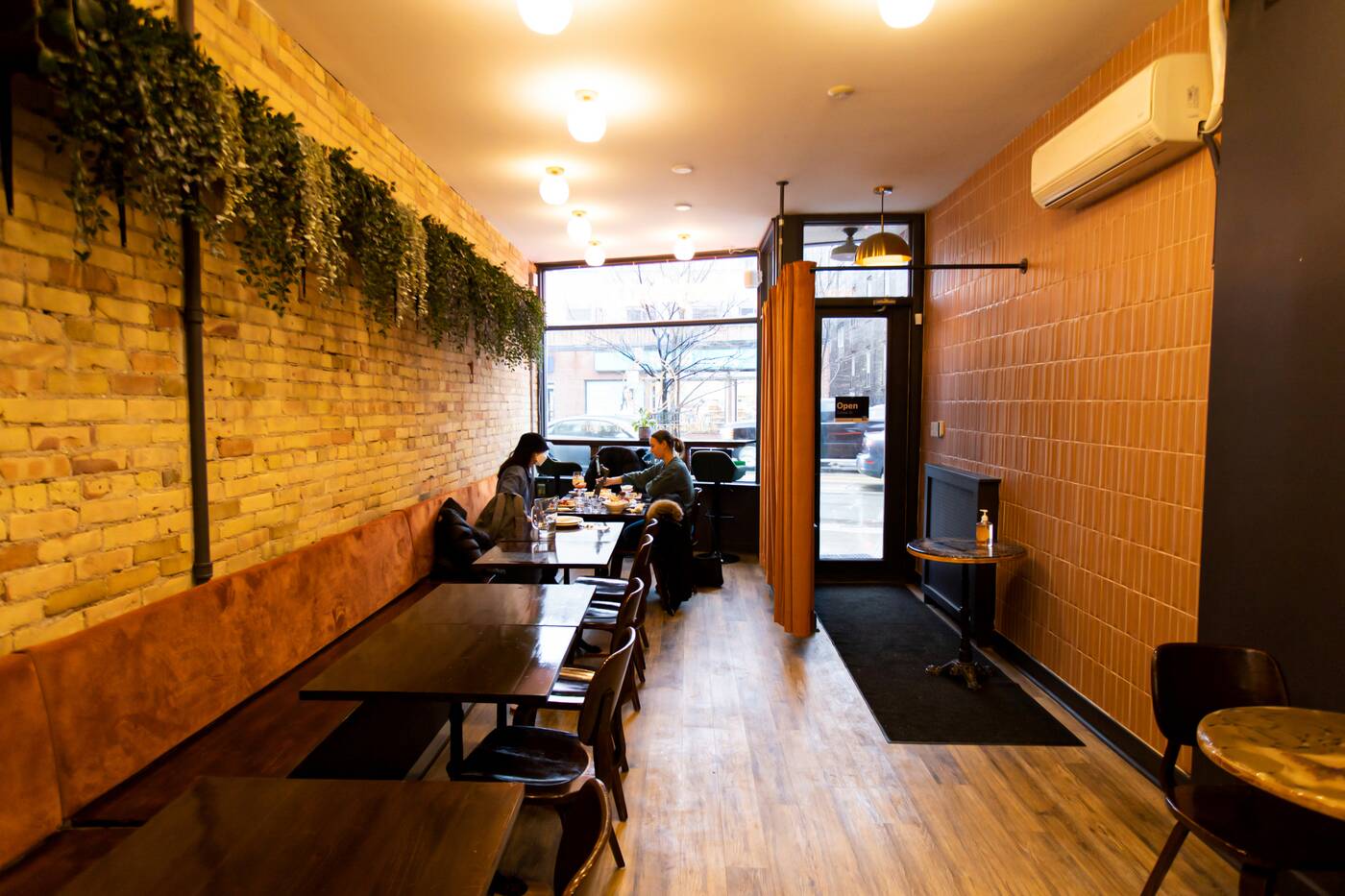 It's from the same people behind Tacorrito and Khao Hakka, which focuses on Indian-Chinese cuisine. The restaurateur brothers teamed up with one of their long time chefs to open this fresh take on Indian dining. 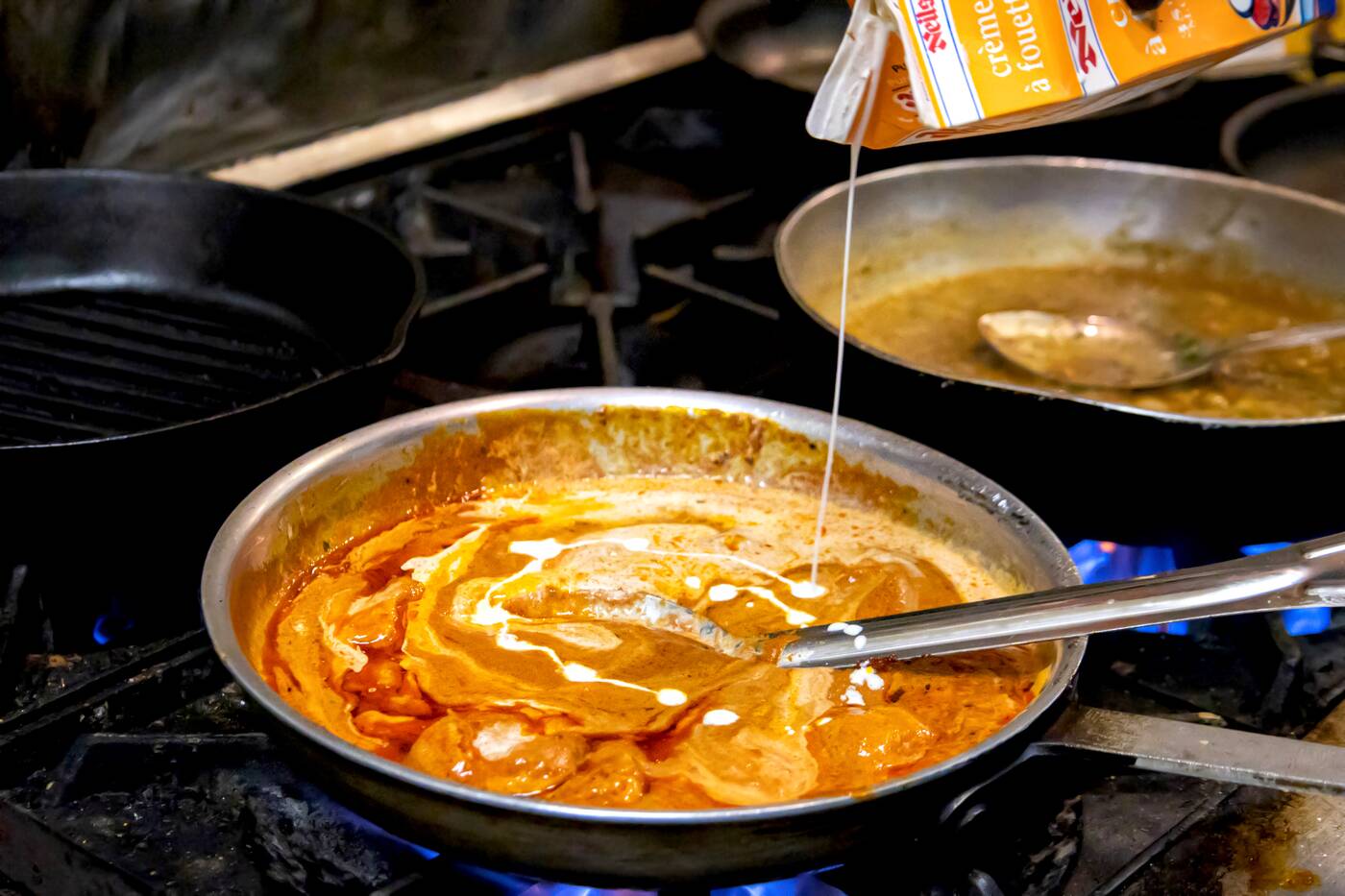 Chef Arote uses 12 years of experience cooking in India, Cyprus, the U.S. and Canada to create a combination of both classic Indian dishes and other modern, fusion options that mostly originate from the west and northern regions of India. 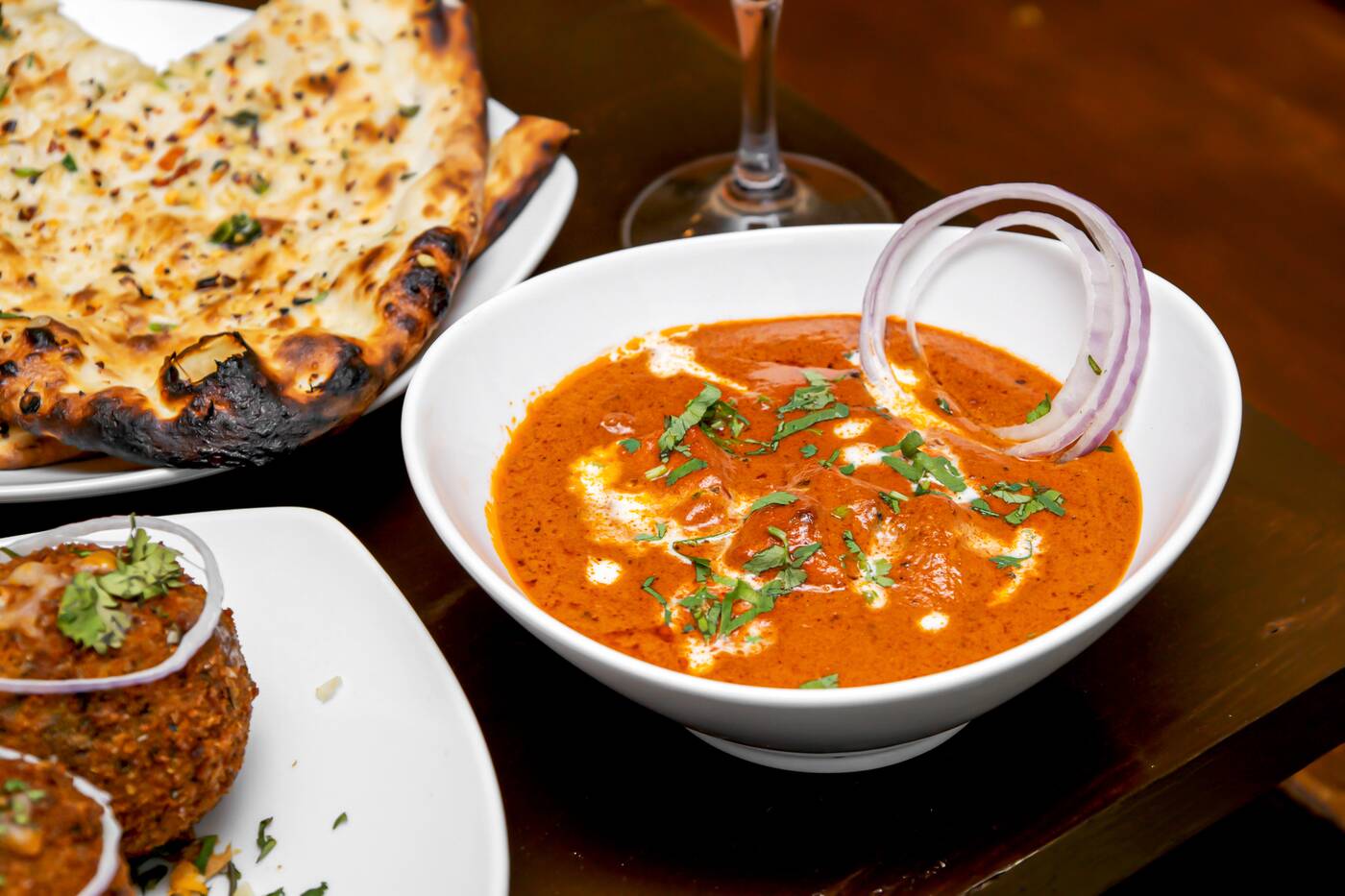 Murgh makhani, better known as butter chicken ($14) is an absolute staple. Copious amounts of cream is the key to the rich tomato gravy with big chunks of tandoori chicken. 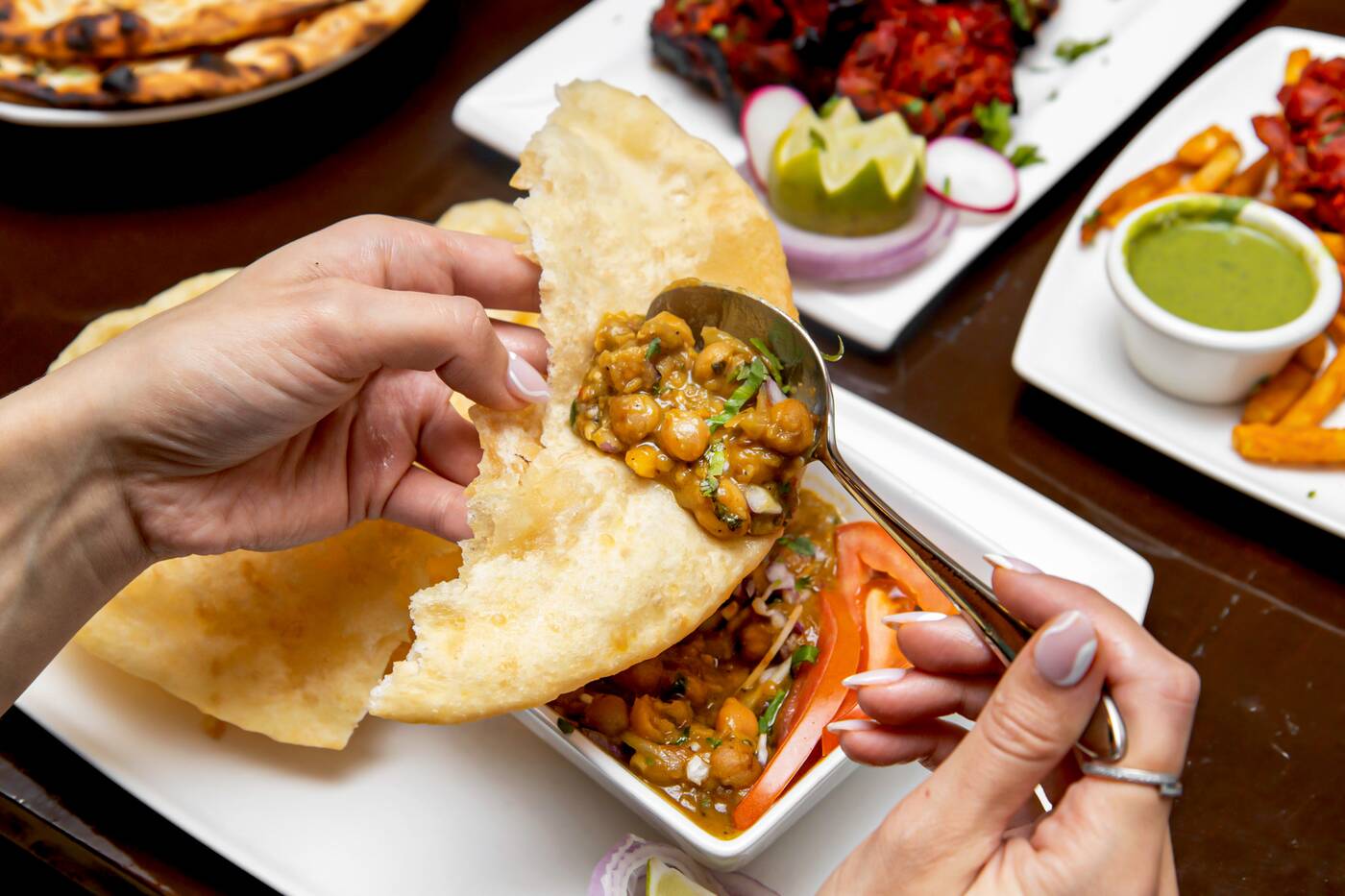 Another classic is the chana masala ($13), a chickpea curry made with a blend of whole spices, tomatoes, onions and coriander.

Koliwada fish and chips ($15) is coated in a thick red chili batter and served on a bed of masala fries beside mint and coriander chutney. The popular Mumbai dish was created by a fishermen's colony known as Kolis, which is where the name 'Koliwada' comes from.

The spiced basa fish is the best thing I try all night, perfectly crispy with so much flavour in every bite. 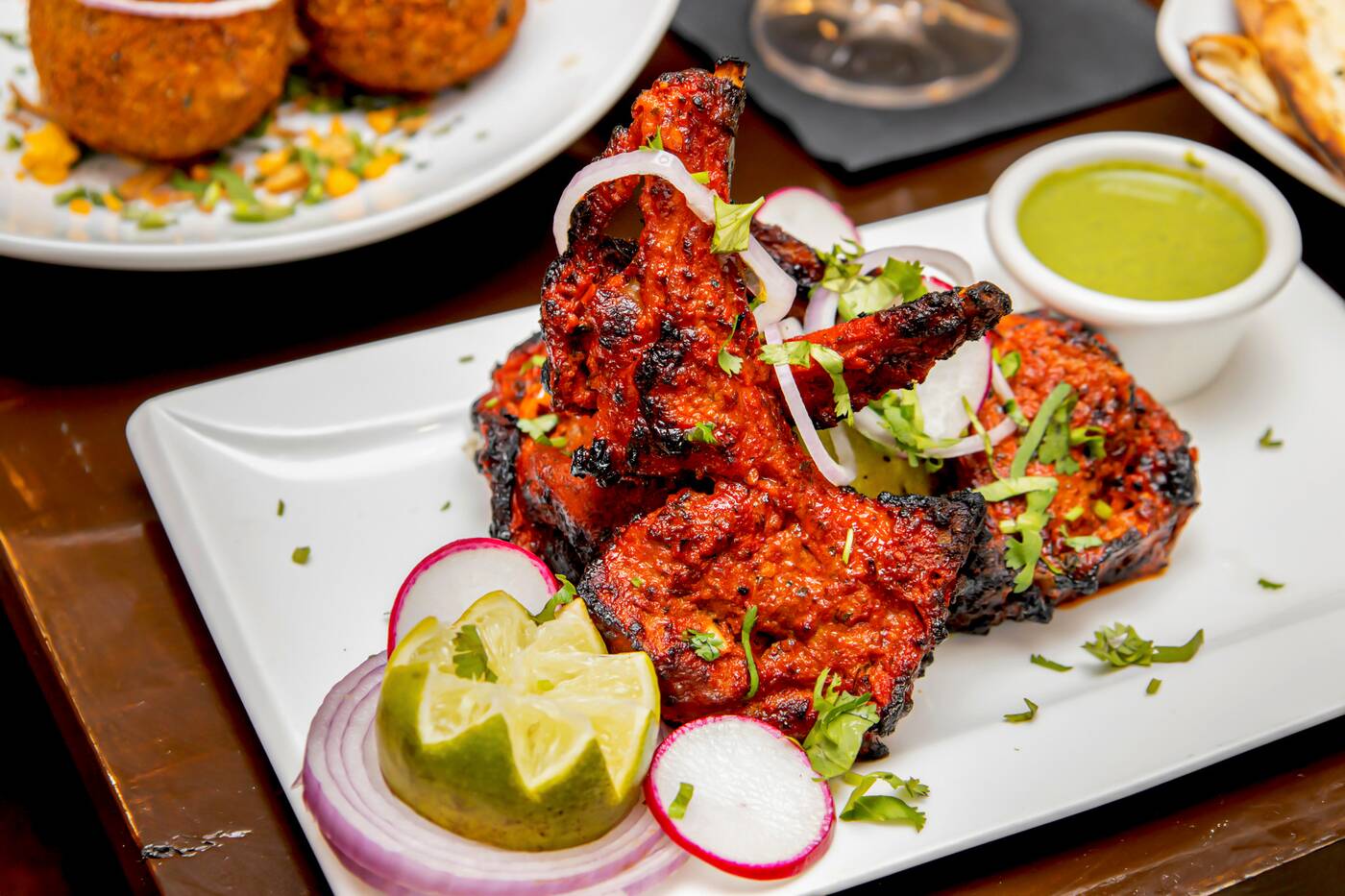 A close second is the lamb chops ($15) that come on top of a spiced mashed potato with chutney on the side. The chops are marinated overnight in house spices and yogurt then cooked on skewers in a clay oven for an authentic barbecue taste. 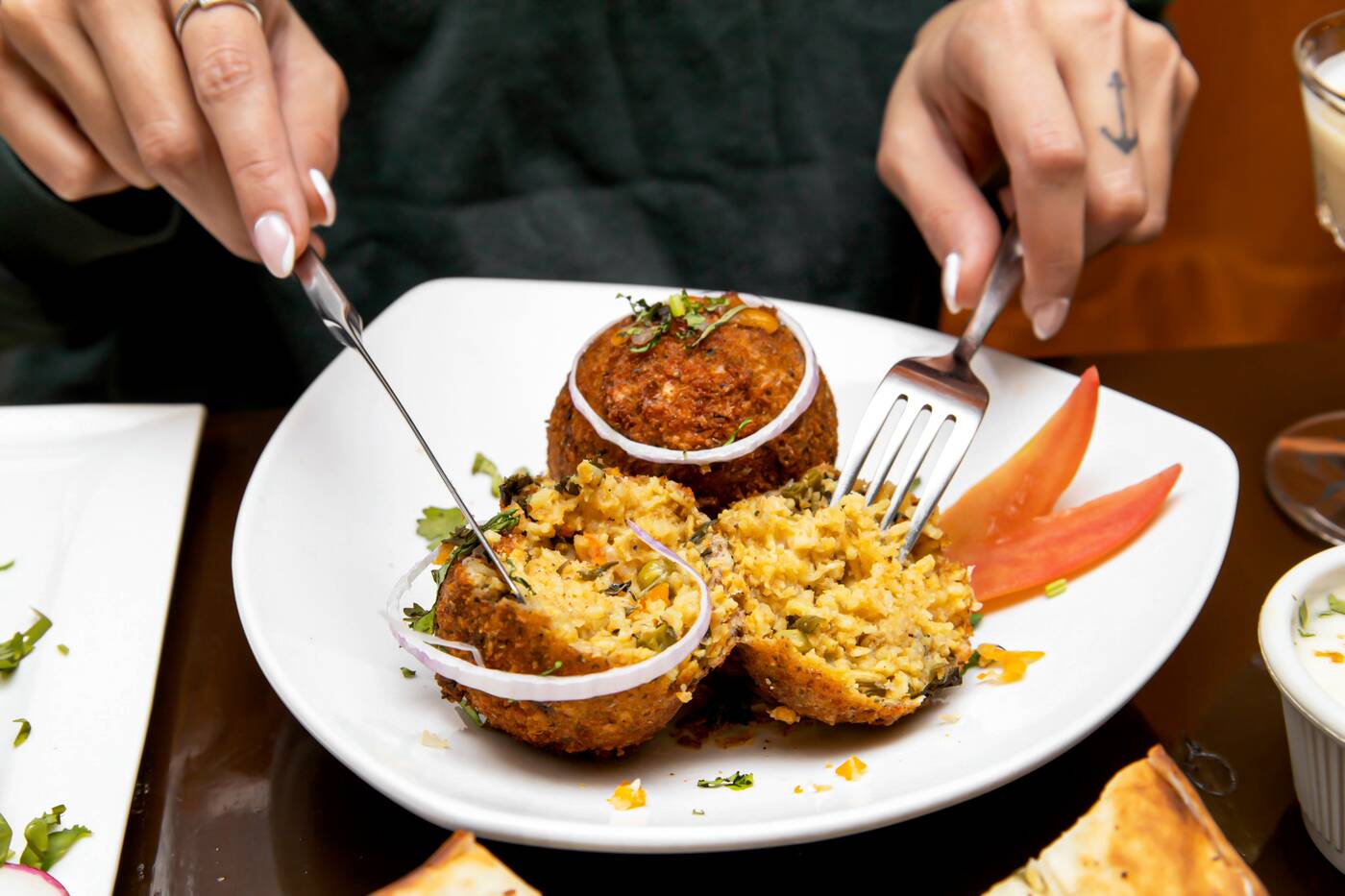 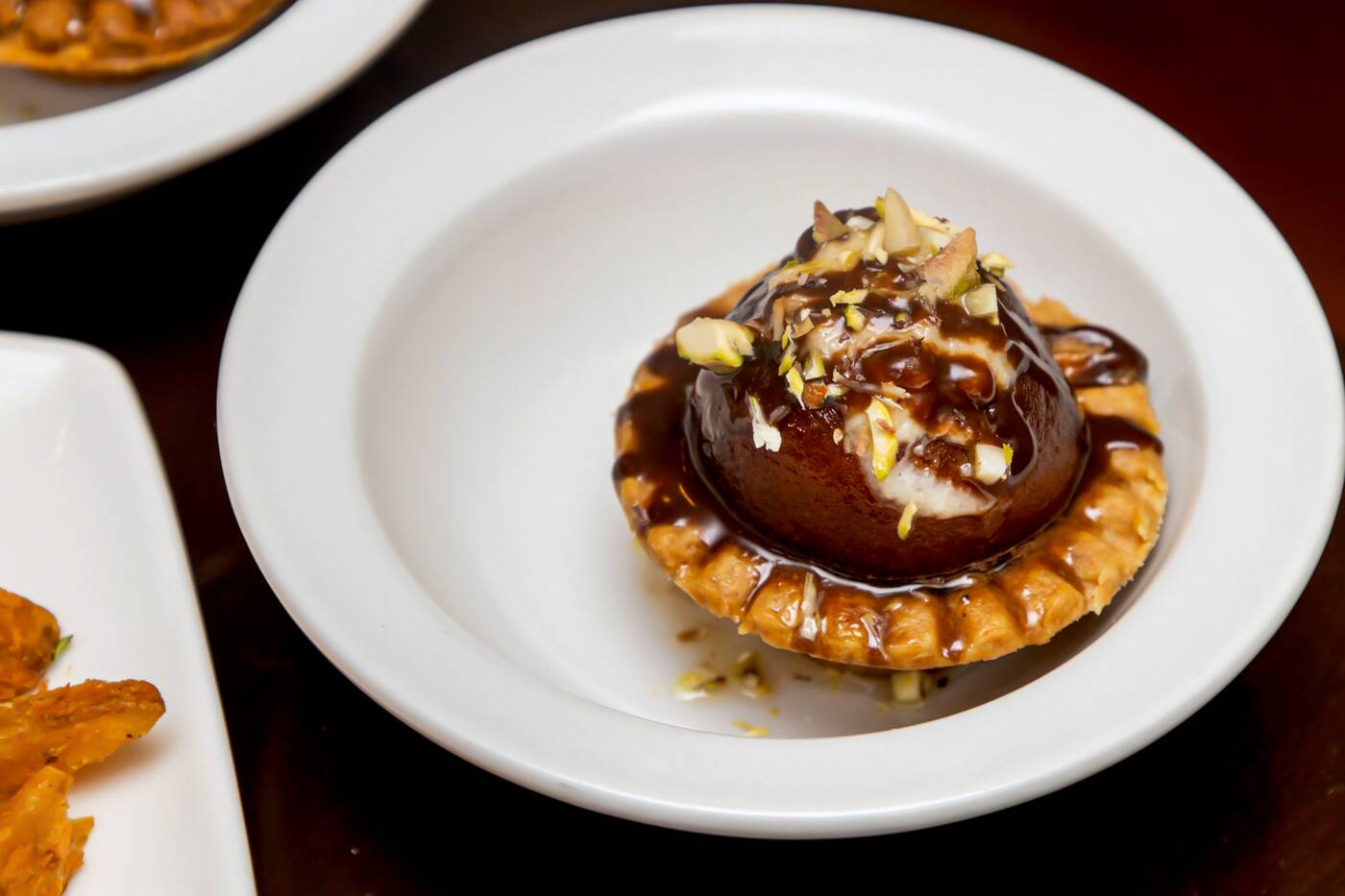 Their recipe for gulab jamun ($6) comes in a tart shell with milk chocolate, the centre being a fried semolina dough ball soaked in aromatic saffron syrup. It's baked then chilled before serving. 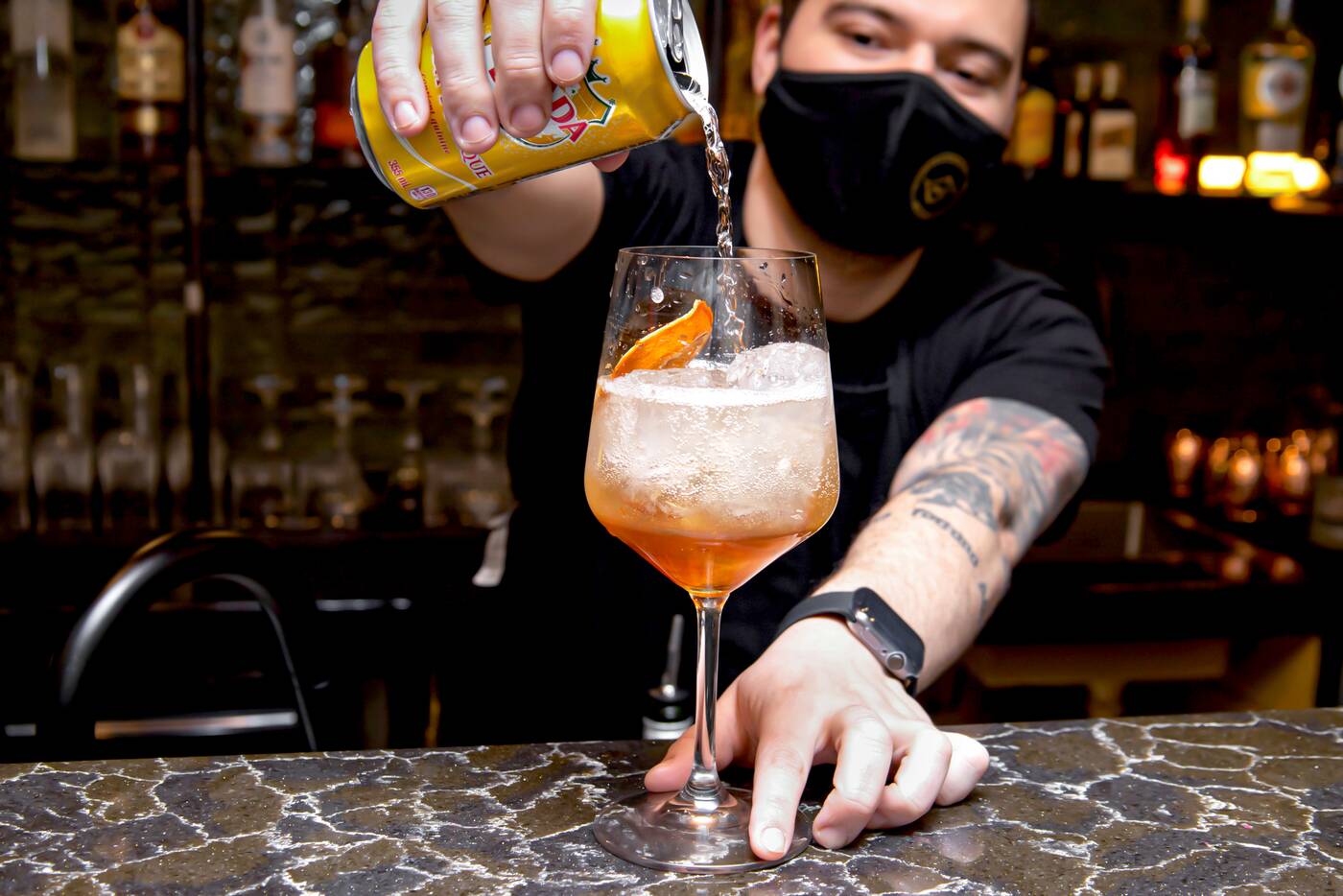 The cocktail menu is meant to take you on a trip around India in sips and transforms your usual margarita, pina colada and Moscow mule (here it's a Bombay mule) with Indian spices and house-concocted syrups. 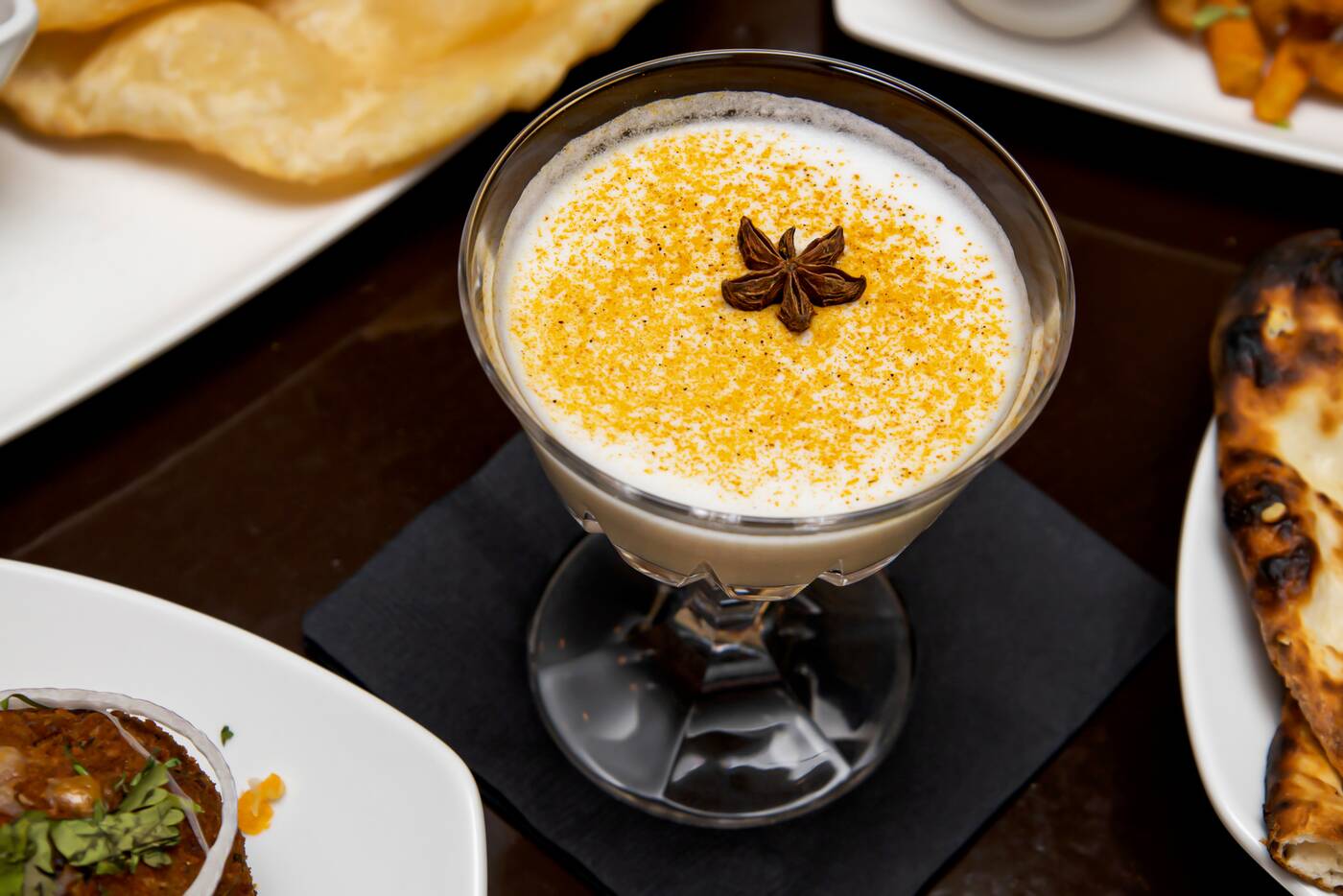 Their take on a pina colada is called Kerala backwaters ($14) after a state on India's tropical Malabar Coast where lots of coconuts grow and the network of canals, or backwaters, is expansive.

It's made with Bacardi Gold rum and coconut cream, topped with curry powder and star anise. 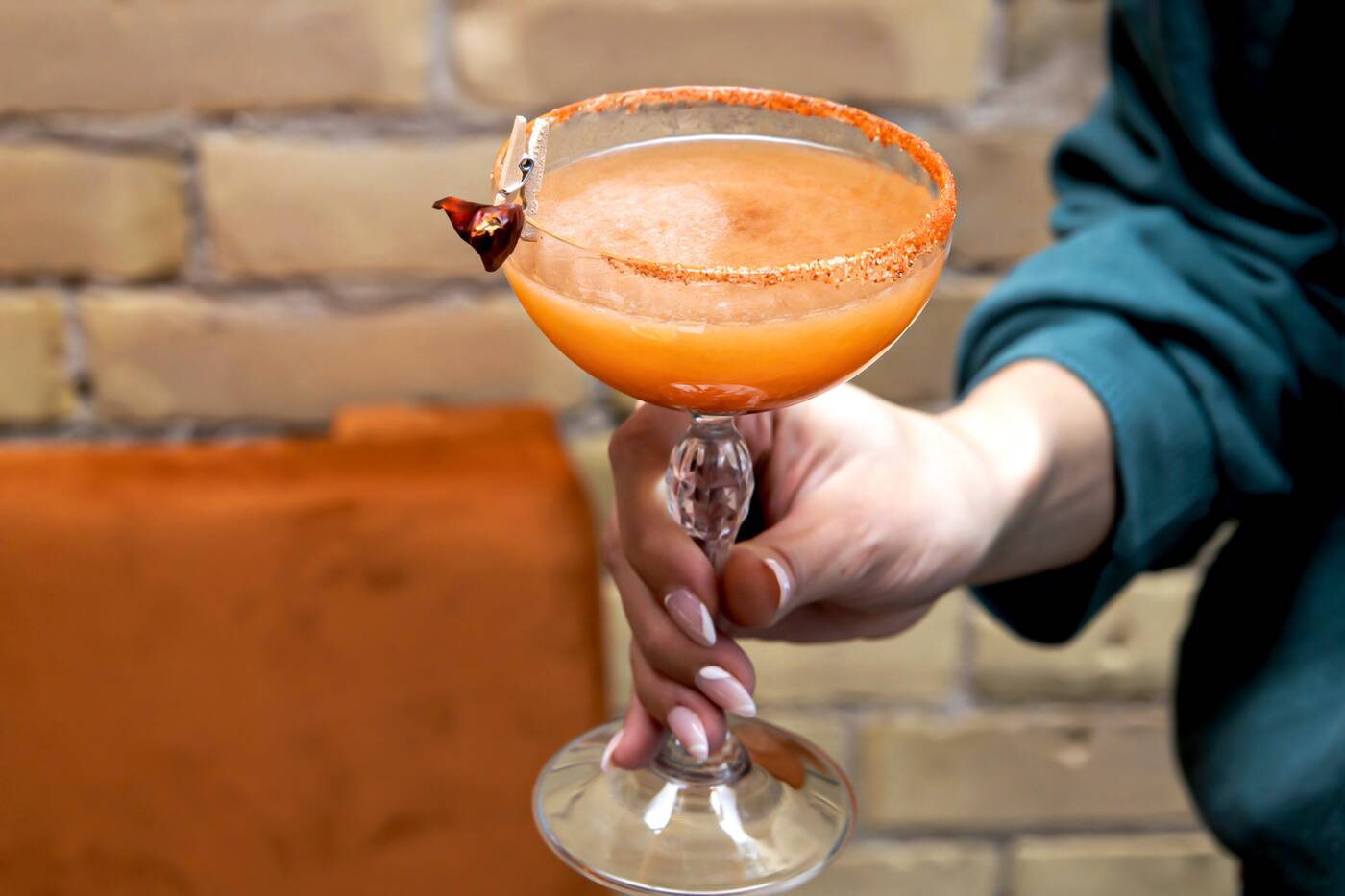 Madras spice ($14) is close to a margarita with Don Julio Silver tequila, fresh lime juice and a housemade tamarind purée for even more of a tangy flavour. 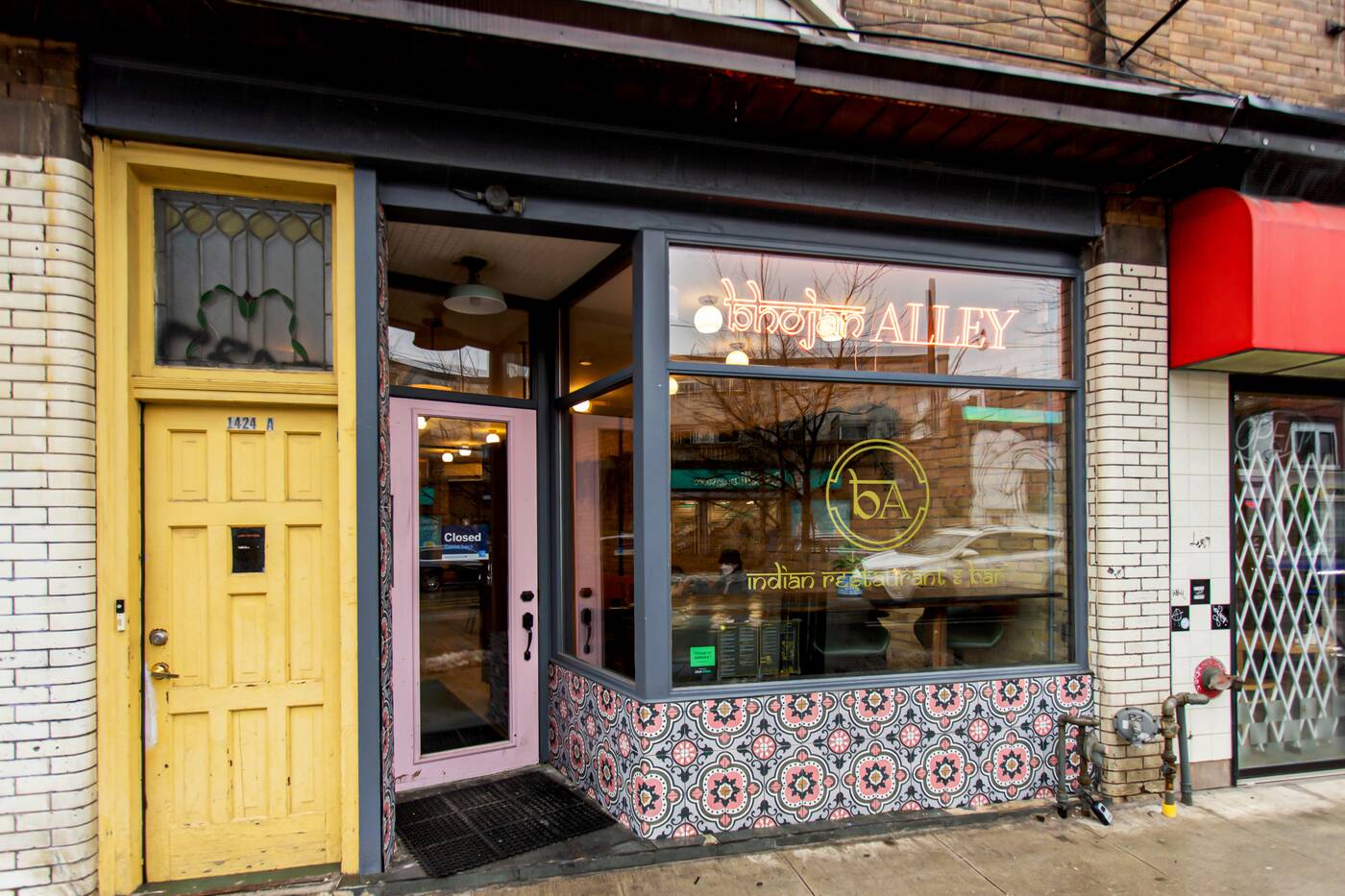