Bar Hop is an ambitious venture on King West, brought to the street by Rob Pingitore in the space that was once Libra Lounge. His mission, amongst other things, is to shine a spotlight on craft beer by pairing it with upscale pub food. In an area already rife with watering-holes, It'll be a challenge to make a name for this new venture.

The ample drink offerings cover the walls, and the beer menu is a dazzling seven pages, broken down by origin, alcohol percentage, and flavour profile. There are 25 craft brews on tap and Bar Hop announces when they tap a new keg on Twitter. The long list of options is almost intimidating, but the staff are happy to help narrow down your choices. 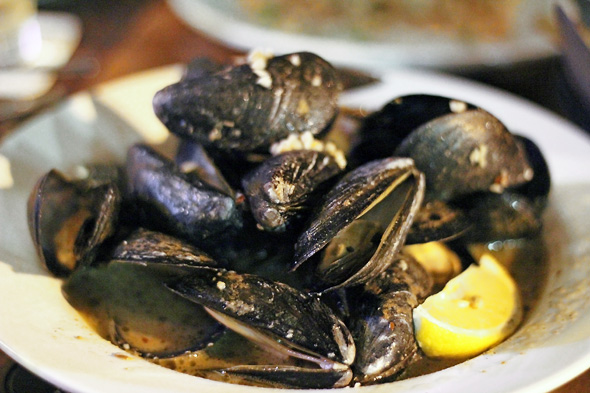 Six different mussel preparations are on the menu, of which I chose the Lager & Jerk and Chipotle ($14.95). These were two lbs of the fattest mussels I've ever had. The rich and savoury broth was almost as thick as gravy, and two huge slices of bread weren't enough to sop all of it up. 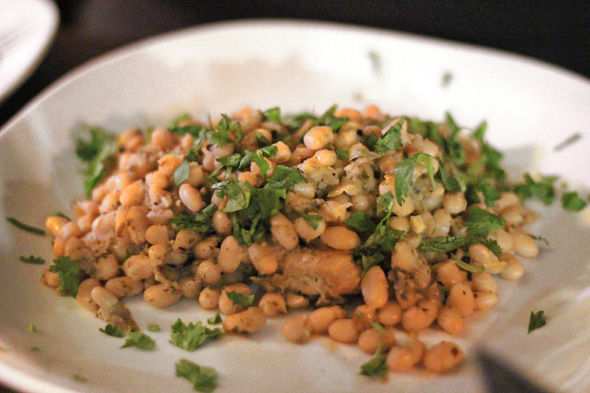 Dinner took a weird and terrible turn with the Jalapeno Chicken And White Bean Chili ($16.95). We expected a steamy bowl of, well, chili. Instead we got a plate of beans rehydrated with lime juice hiding the piece of shoe leather masquerading as a chicken breast. The dish was irredeemably foul and promptly sent back. 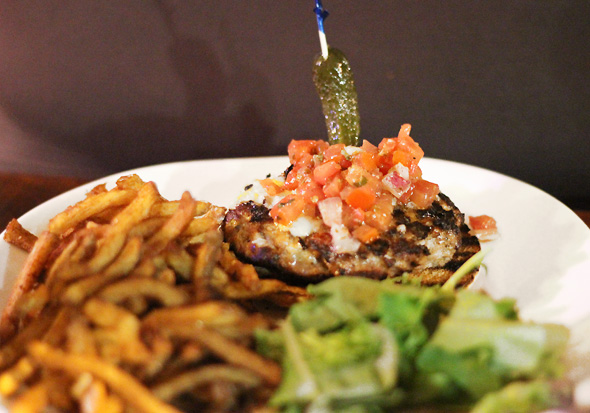 Thankfully it was comped, and we got the Turkey Burger with fries ($13.95) instead. Served on a multi grain flat bun, it was unexpectedly juicy and well seasoned, with crispy prosciutto making it better than a BLT. A good save. 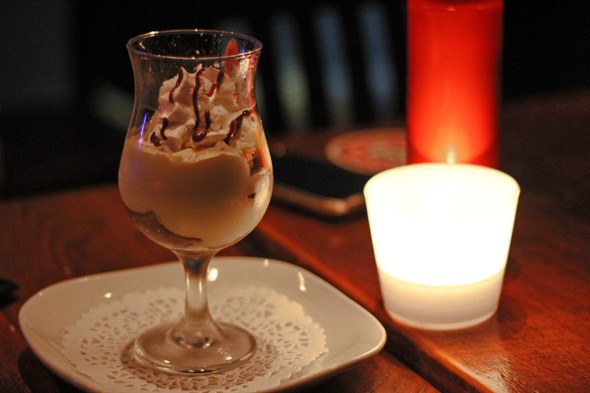 There are only two desserts on the menu, but on the first visit the Beeramisu ($9) had run out. I got to try it on the second go and it is exactly what I expected: tiramisu with lager flavoured syrup â in other words, worth the wait.

As a drinks destination Bar Hop has completely won me over. I want to go back and hit up the bar menu Pokemon-style. As a dining venue, it has some more work to do, but I see a lot of promise mixed in with the errors. I hope it sticks around long enough for me to get through the beer menu. 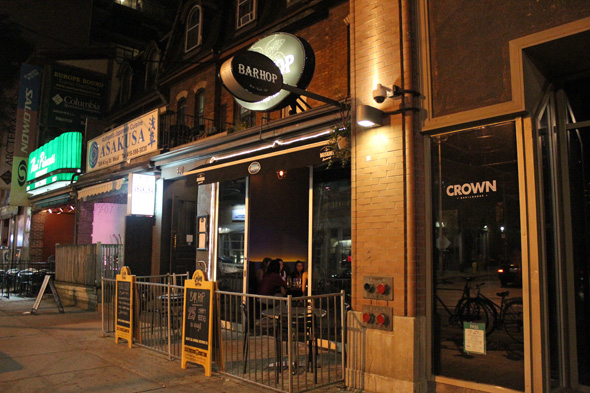