Bar Altura puts modern spins on Italian classics in a breezy space, coming to us from some of the same people behind Peruvian restaurant Kay Pacha.

“Altura” connotes a sense of height, meant to feel like an escape from the grind of daily life, “bar” intended to bring approachability. 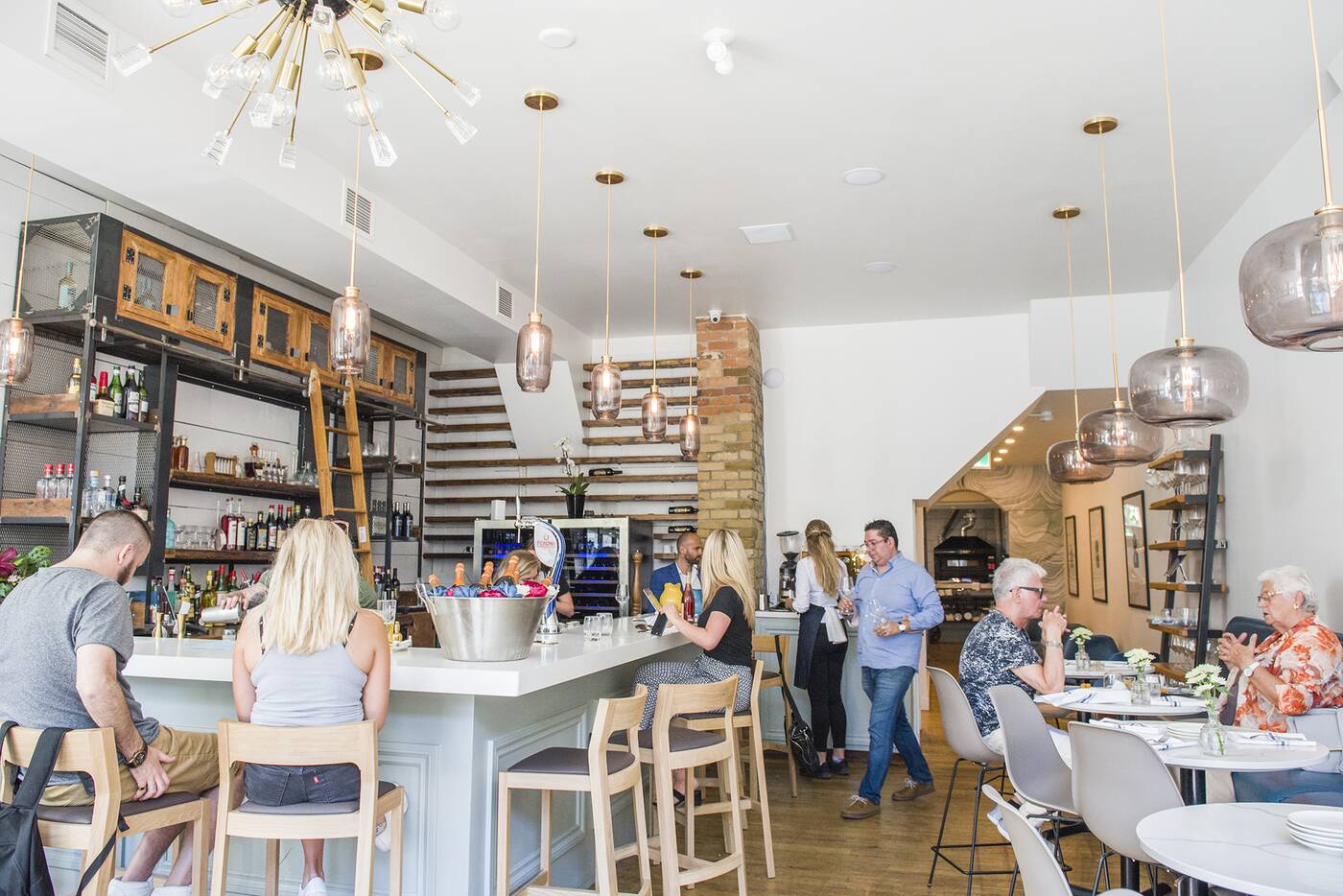 Owner Ricardo Chico’s wife Daniela is behind the stripped-down yet personal design, striking portraits on the walls. Front windows open wide to the street, an open kitchen blazing away in a back area. 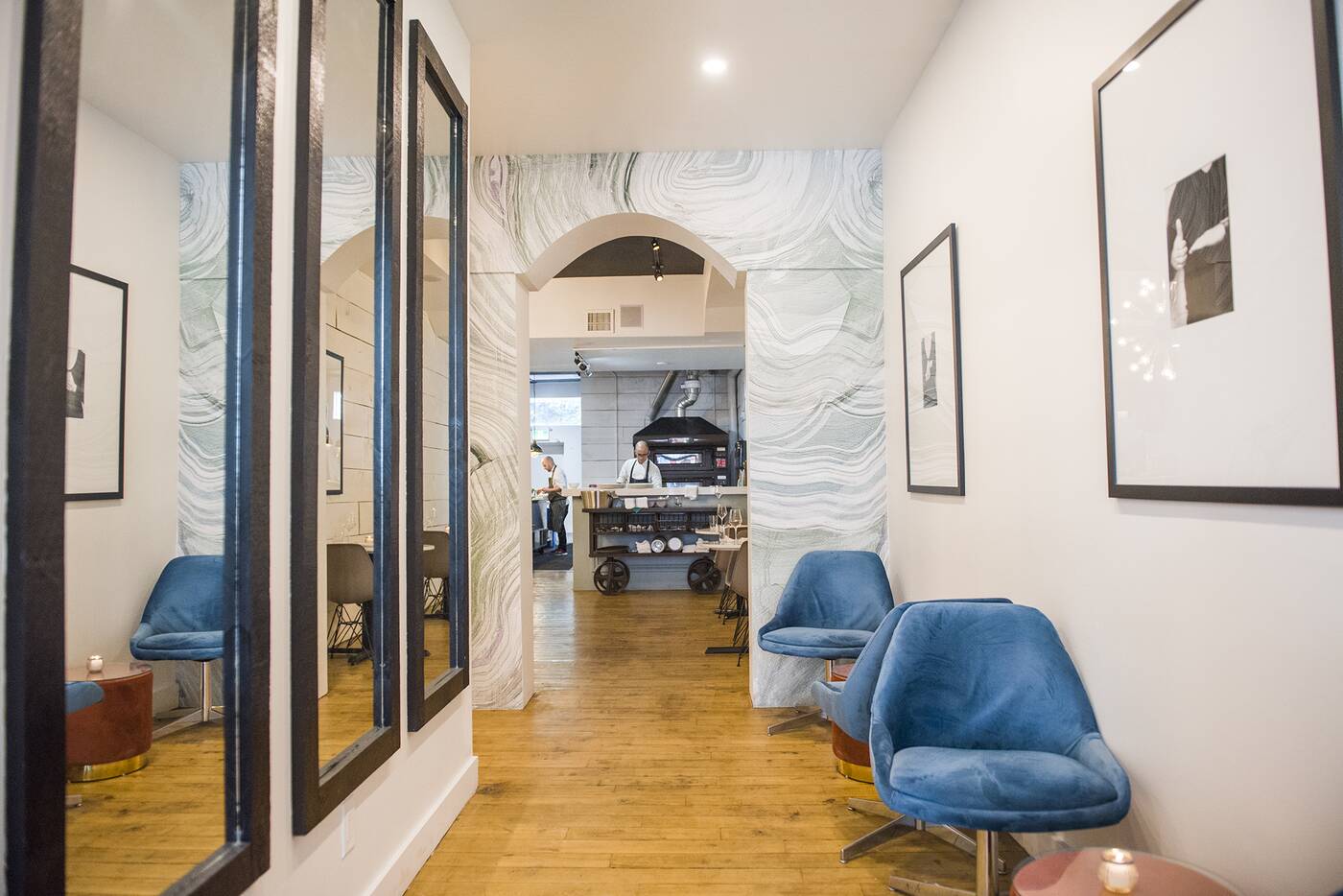 The breadth of a hallway is utilized as extra seating for guests to order drinks while waiting for a table. 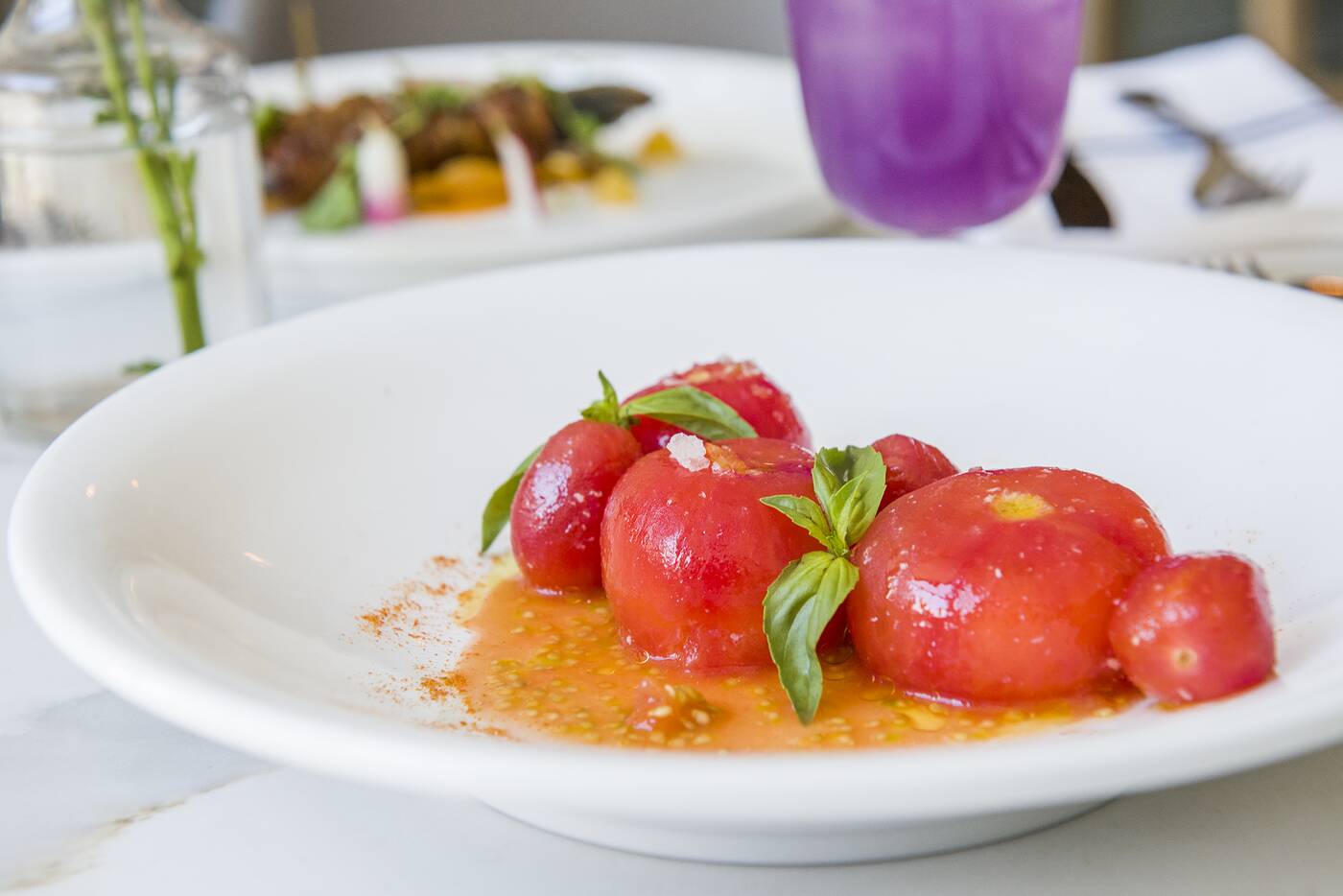 Caprese ($18) elevates the classic antipasti, bringing together past, present and future Italian cuisine. 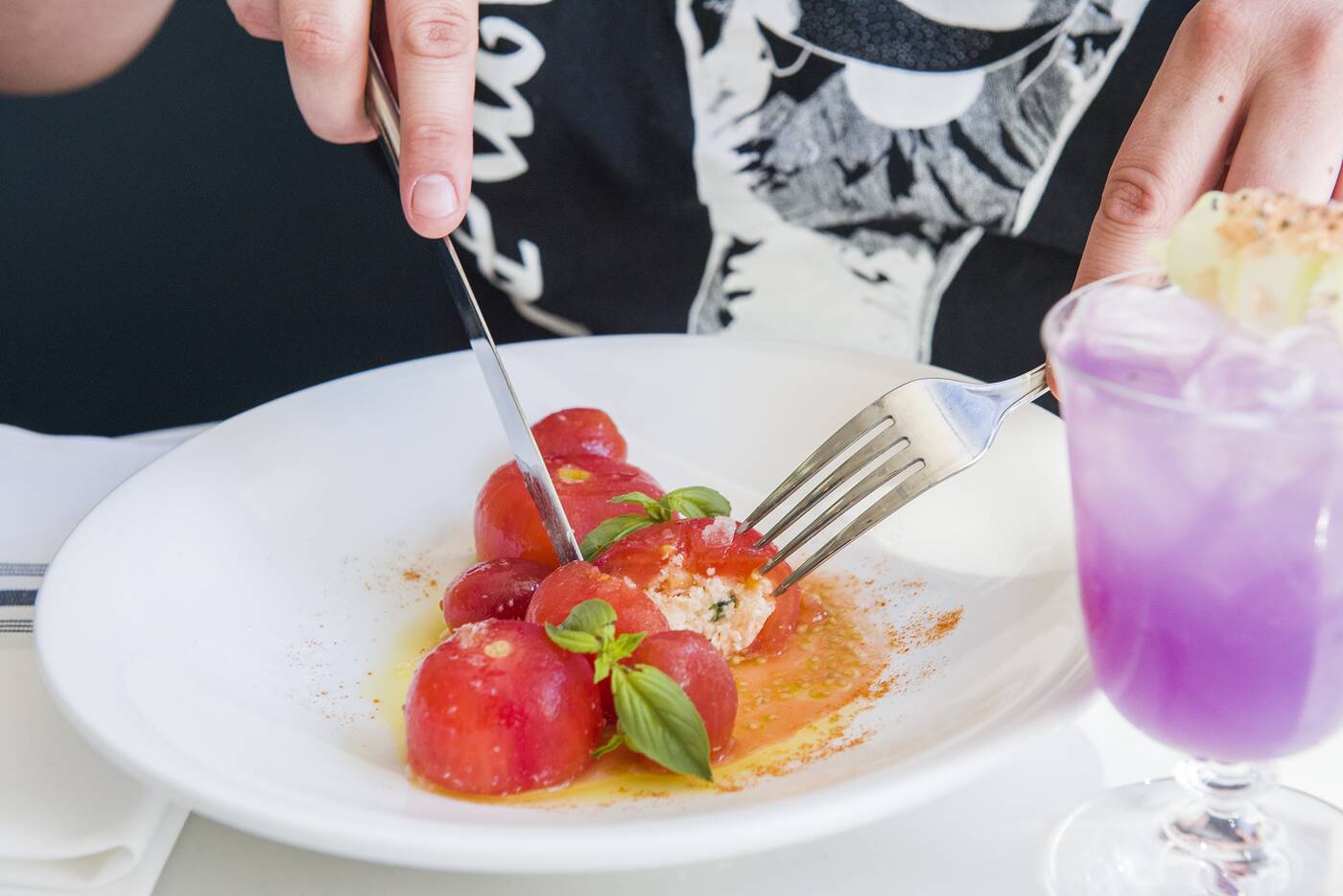 House cured tomatoes are dehydrated and rehydrated with olive oil so they have a firm but silky texture, stuffed with traditional pecorino and more modern buffalo mozzarella. 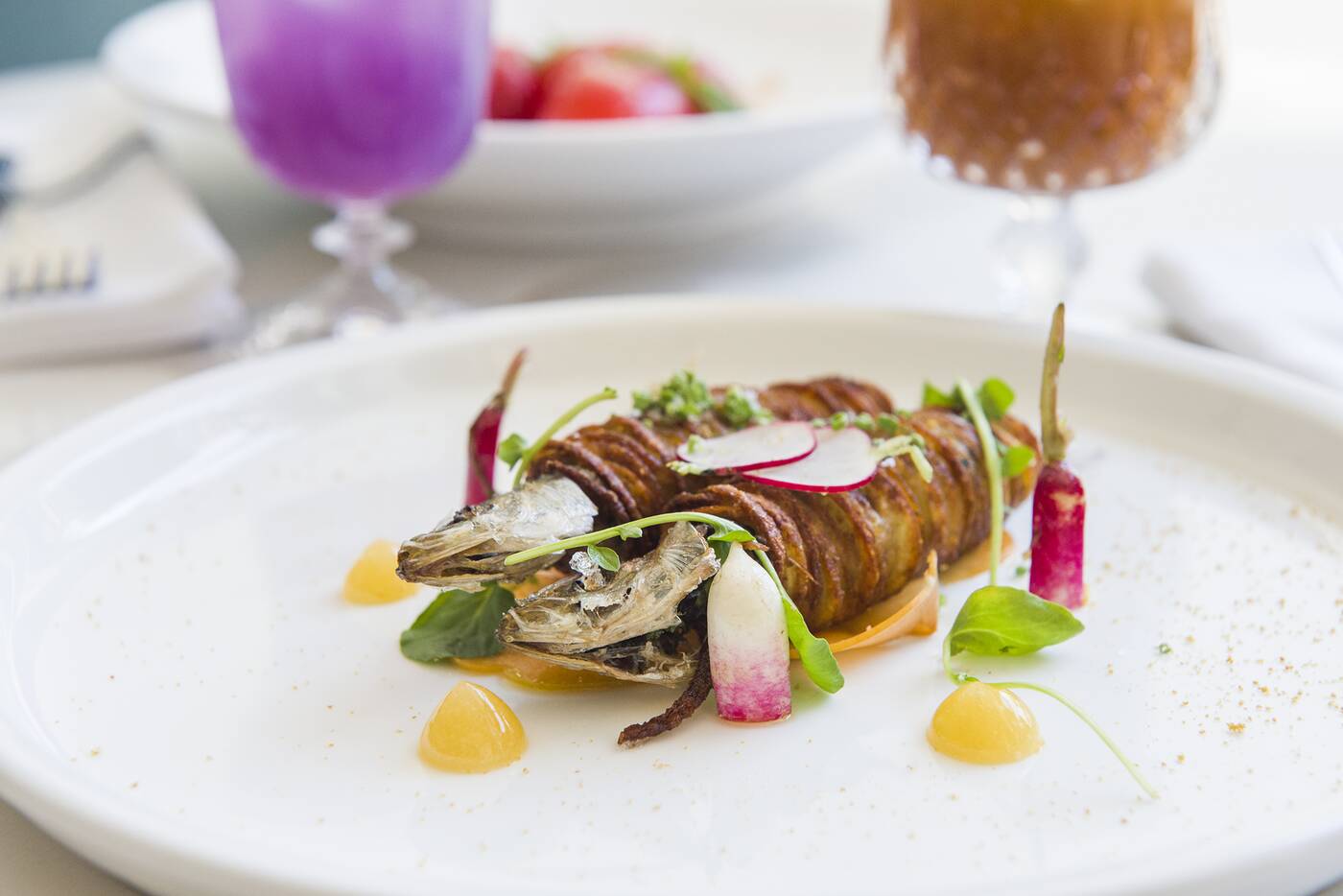 Sardines ($15) are served whole, wrapped in potato strings and deep-fried, stuffed with a salsa verde and garnished with slivers of in-season radish and a pretty and acidic peach gel. 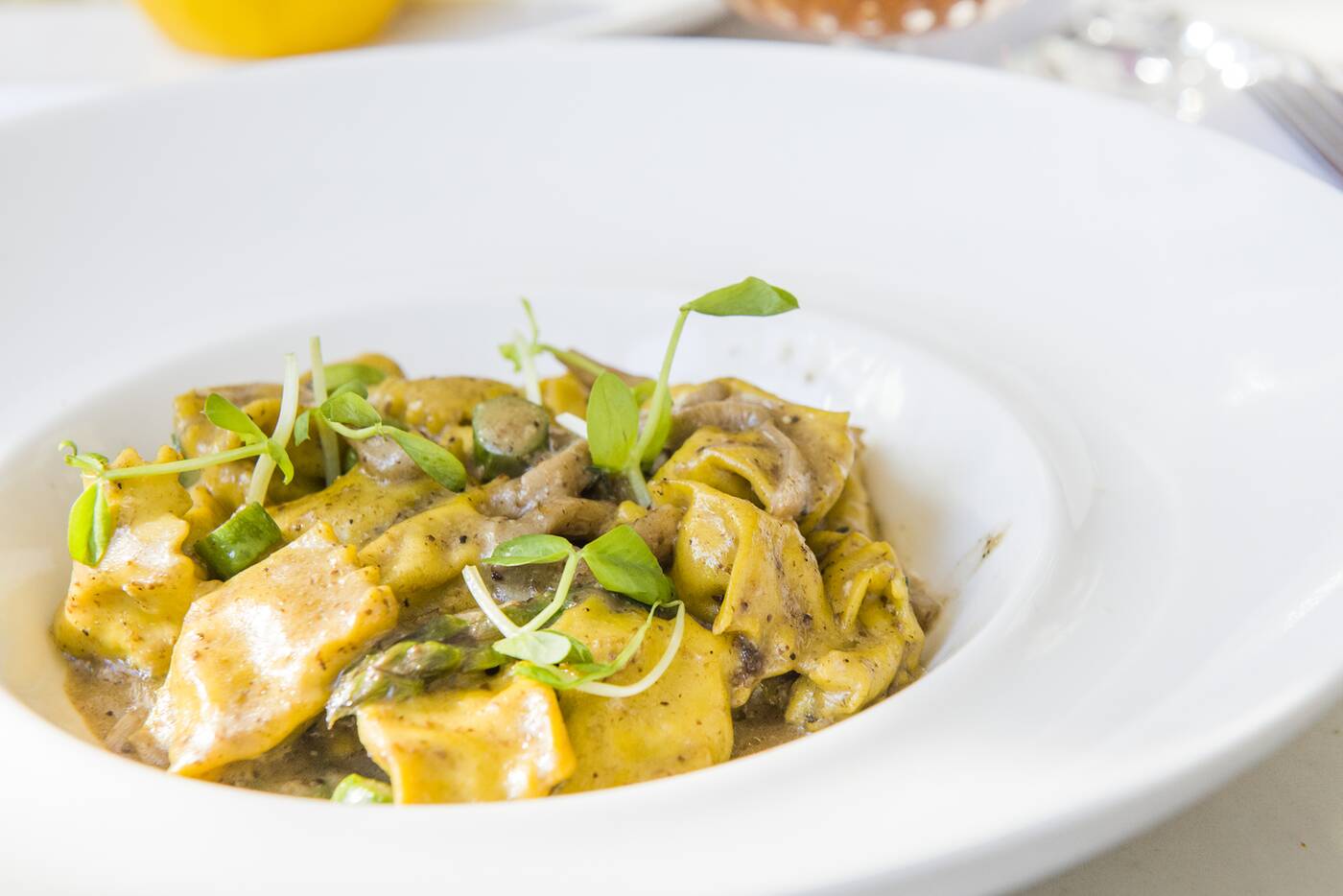 Agnolotti Dal Plin ($22) is made fresh in house, pinched into dense little clouds stuffed with ricotta and porcini, bathing in a thyme butter sauce and scattered with chopped asparagus (in season and local) for texture. 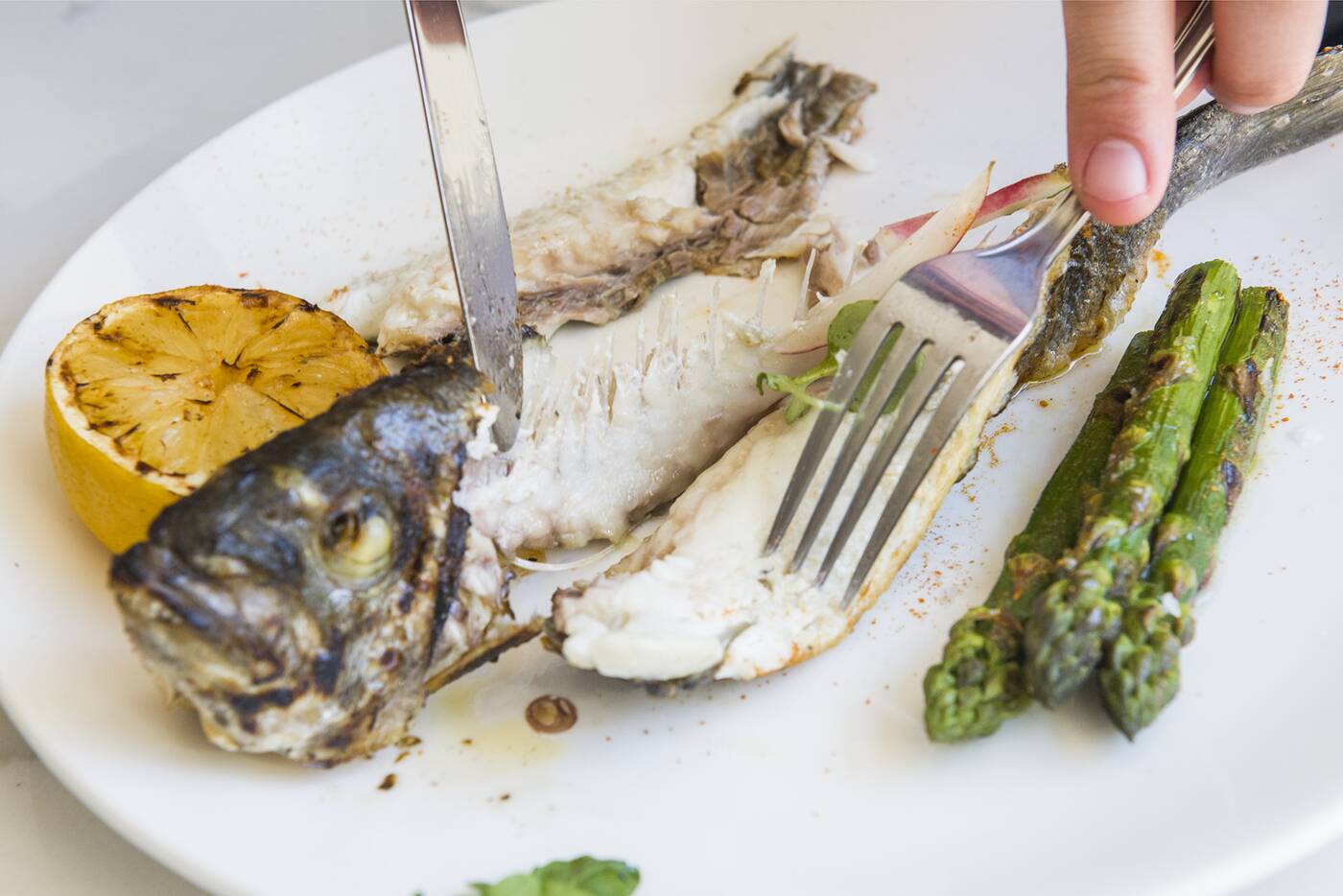 Grilled sea bream ($35) is kept clean, sourced from Greece, seasoned simply with olive oil and sea salt and grilled. It’s a fatty, rich meaty fish, plated semi on the bone to enhance flavour and moisture, standing up in such a way that it falls cleanly onto my fork. 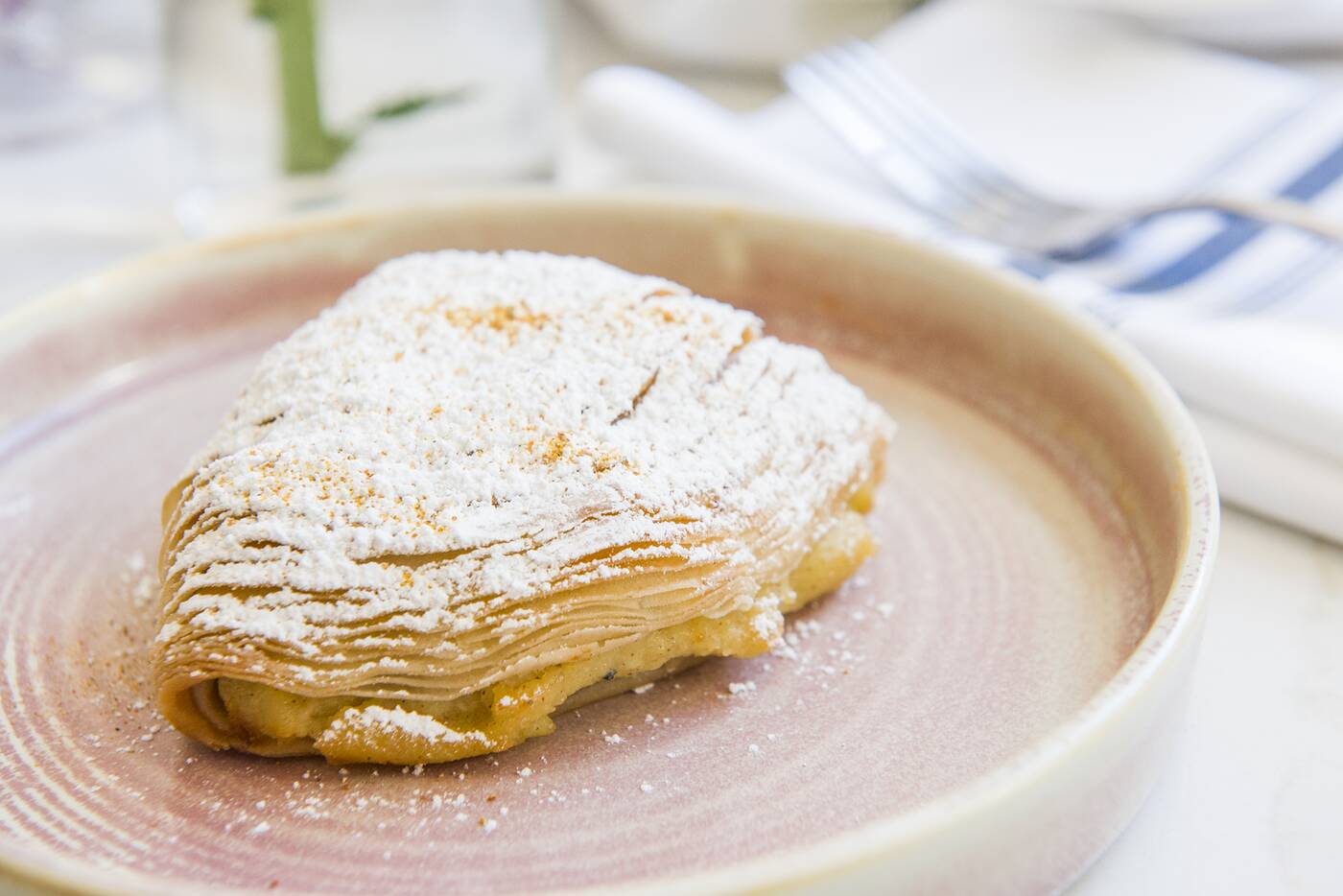 Sfogliatella is handmade, the many thin layers of pastry crunching to give way to soft ricotta flavoured with a little sharp cinnamon and bright candied orange. 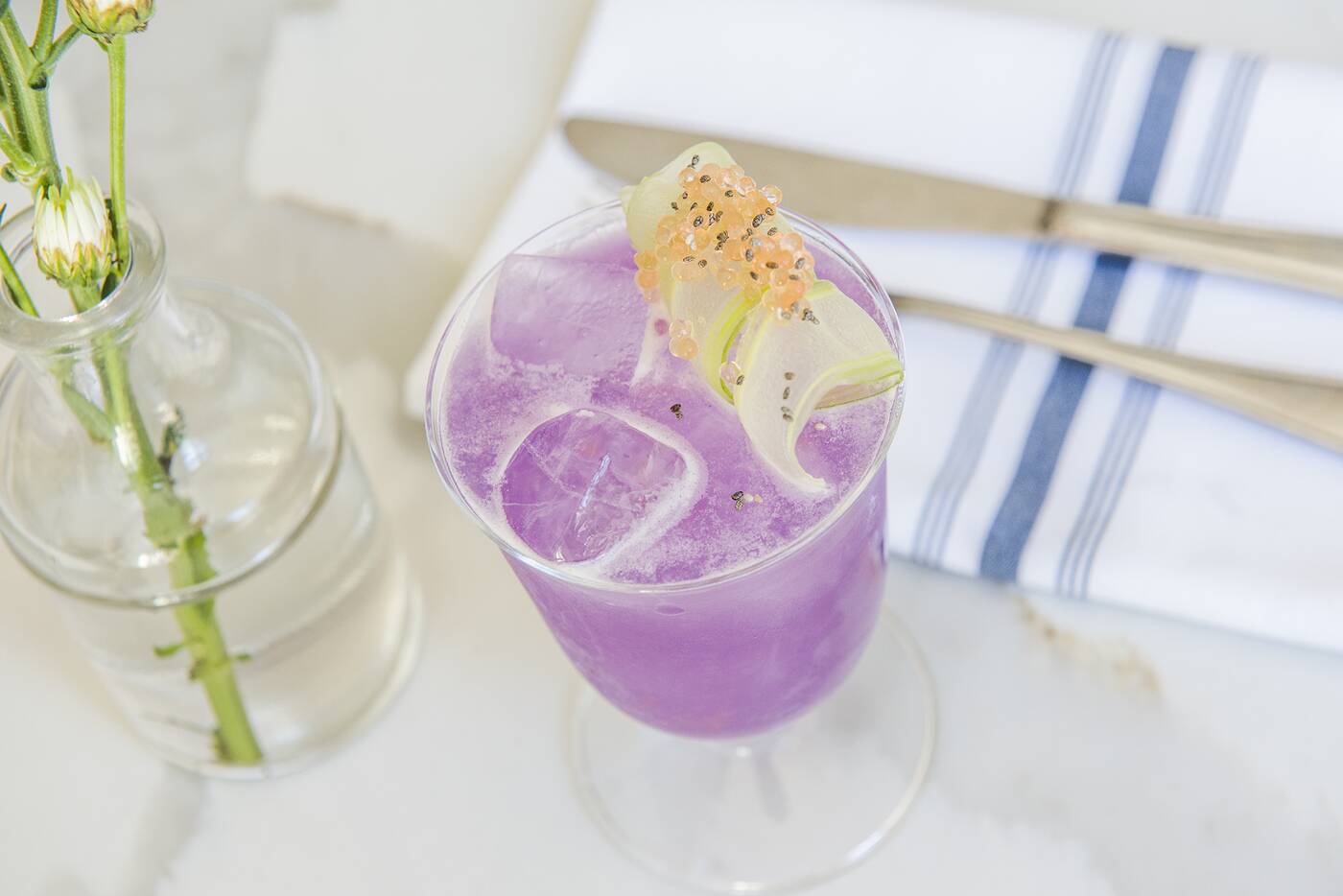 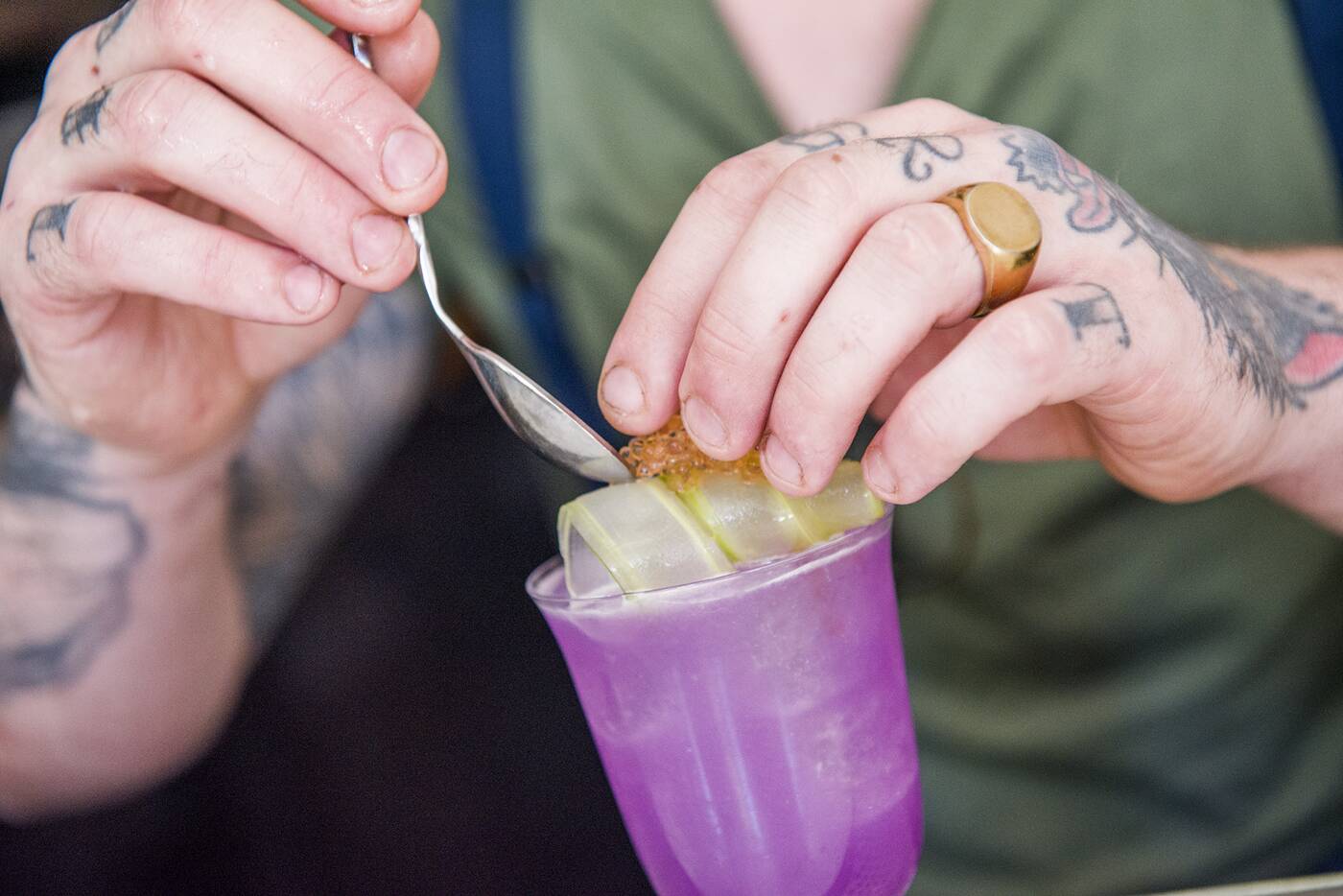 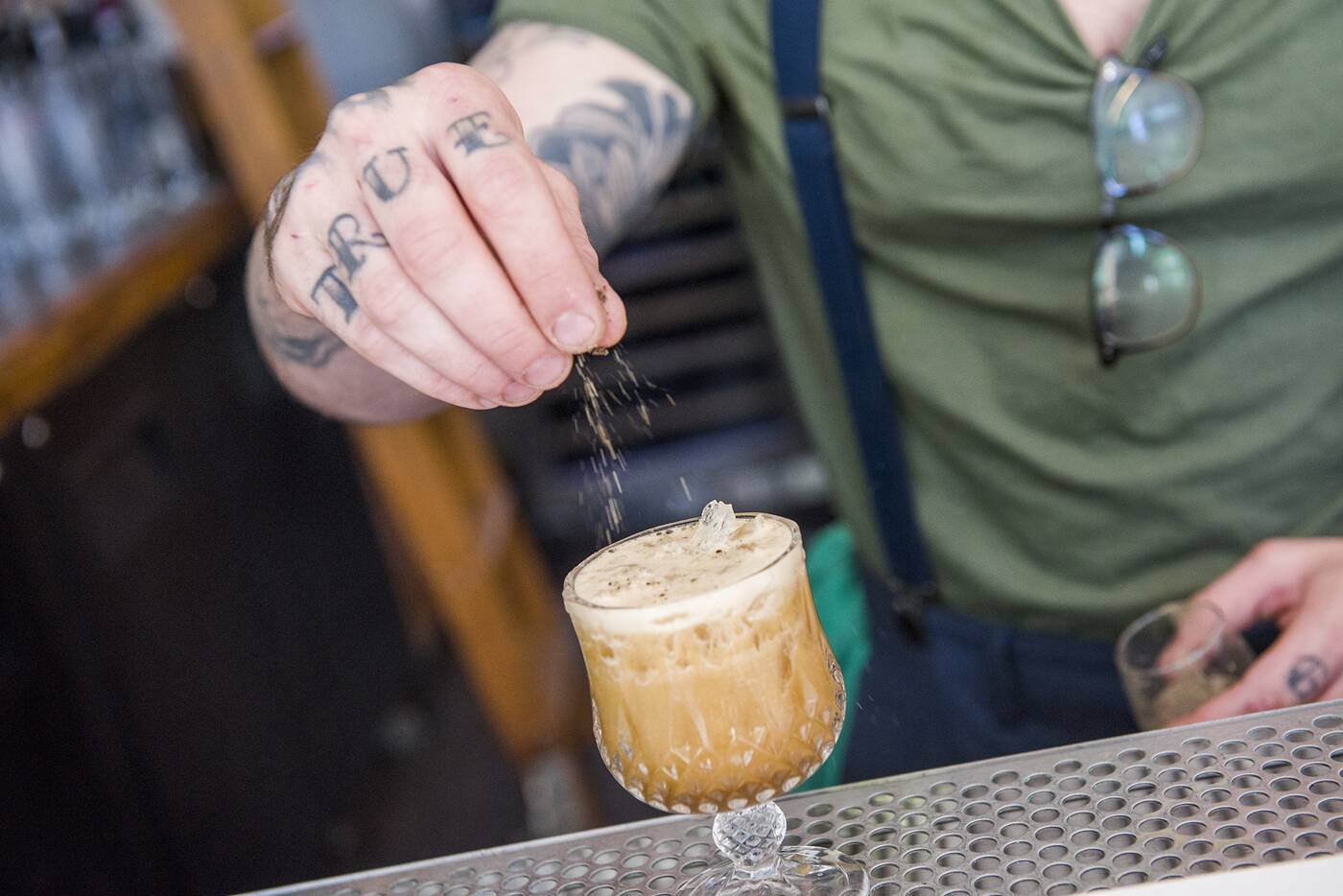 The Mecca Mecca ($15) is on the opposite end of the spectrum, deeply flavoured by cold brew with tequila, Lucano Amaro, pineapple, agave syrup and lime, thick and foamy. 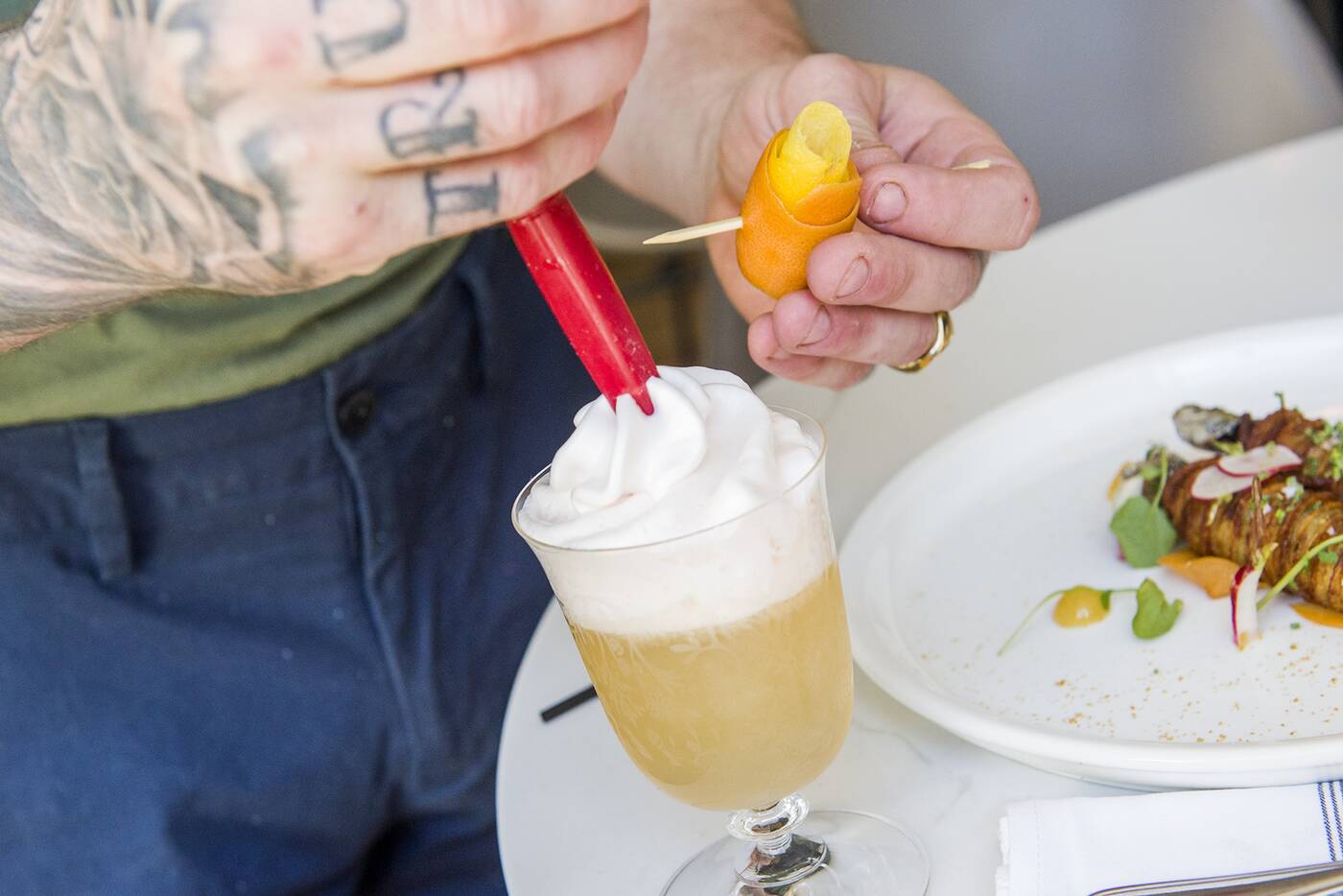 The Palmarola is named for a Virgin Island between Rome and Naples famous for its miniature palm trees, made with peach bitters, gin, Nonino Amaro, dry sherry and house grapefruit syrup, topped with an aranciata foam made from the grapefruit peel. 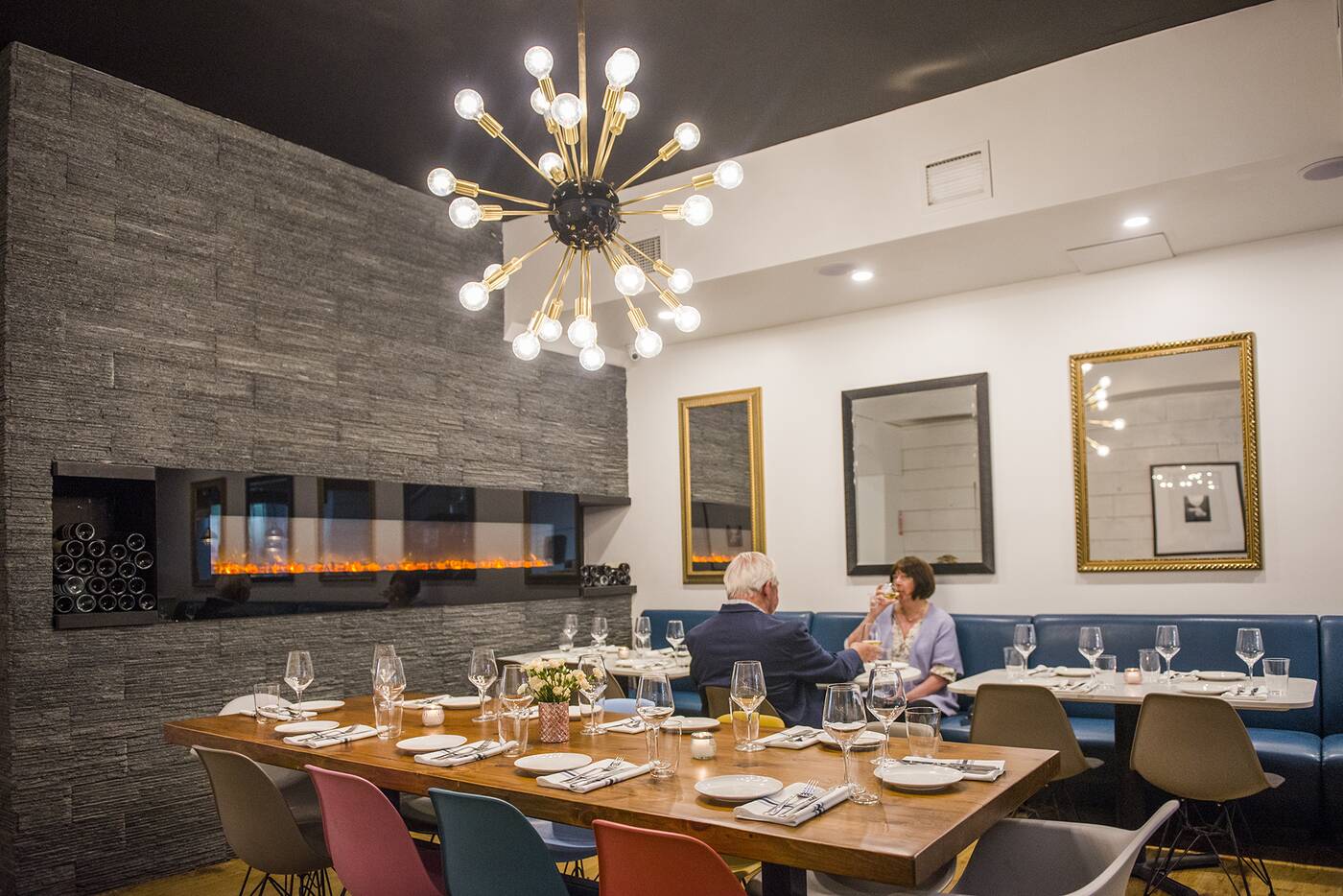 Chico teamed up with Marcello Tomarelli for this project, Chef Marco Zandona taking the lead in the kitchen. 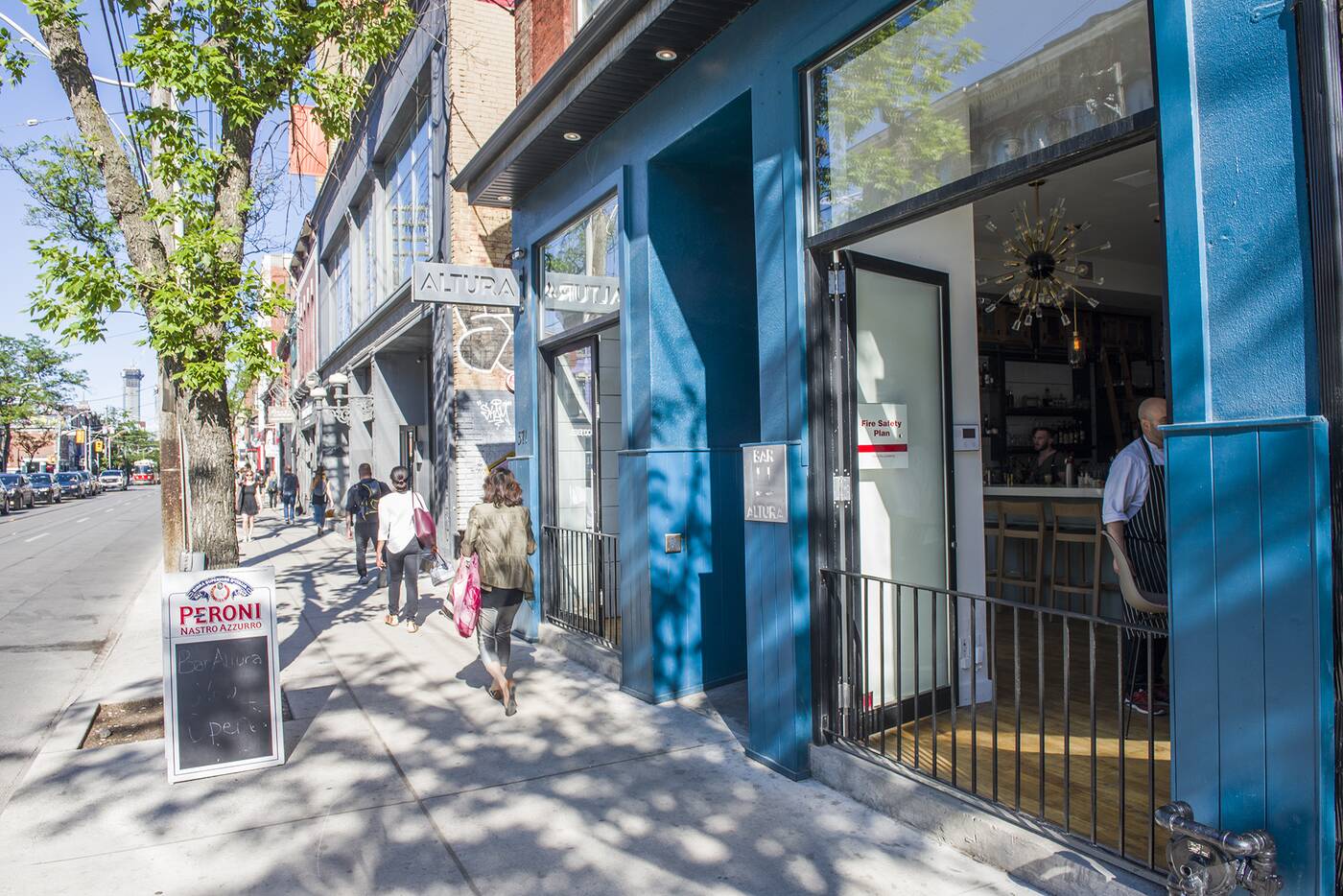