Banh Mi Boys have returned from a hiatus at the corner of Queen and Spadina. It seems the Boys have retreated during their winter break for a complete reno having been closed for several months. Ditching the cheap and cheerful, they've arrived with a new sleek look and expanded menu. But for all that cackle and spackle, do the sandwiches offer more than the joints up Spadina ? 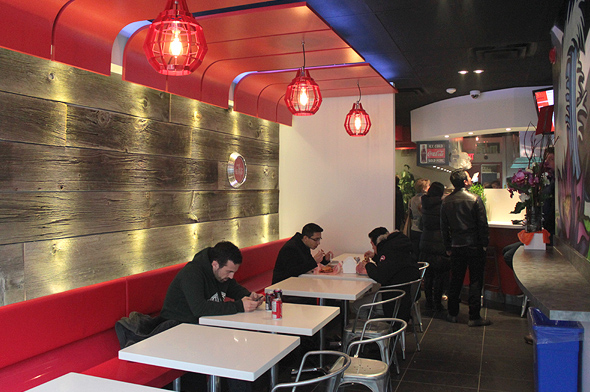 In the vein of Salad King , Banh Mi Boys have added a glossy interior that masks any trace of their former self. Ample tables and counter seating are a welcomed addition - no longer just a grab-and-go place. 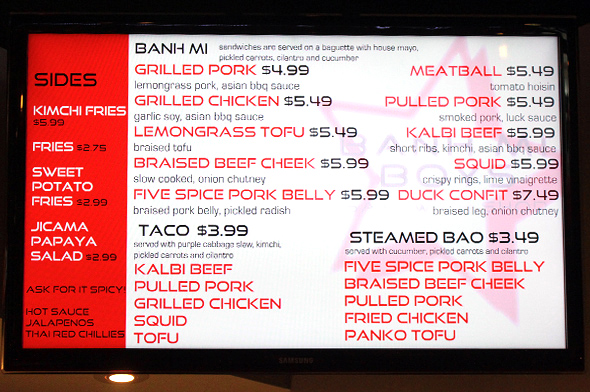 The menu is extensive for Banh Mi sandwiches ranging from duck confit ($7.49) and squid (5.99) to a more apt beef cheek (5.99) and pork belly (5.99). Modern additions that elevate this type of Vietnamese street food. A little late to the party, tacos (3.99), were added by customers requests. Steamed Bao fried chicken (3.49) definitely leapt off their flat screen menu - what did not was the Kimchi Fries that looked nothing more like luke warm kimchi smothering soggy fries. 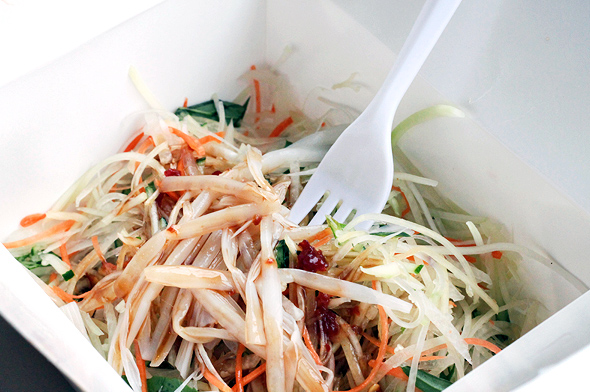 We ordered: Pork Belly and Beef Cheek Banh Mi with a side of Jicama Papaya Salad (2.99) and the Steam Bao Fried Chicken. Within minutes, the place was slammed with a line up nearing the door - even still, our order was up in under fifteen. 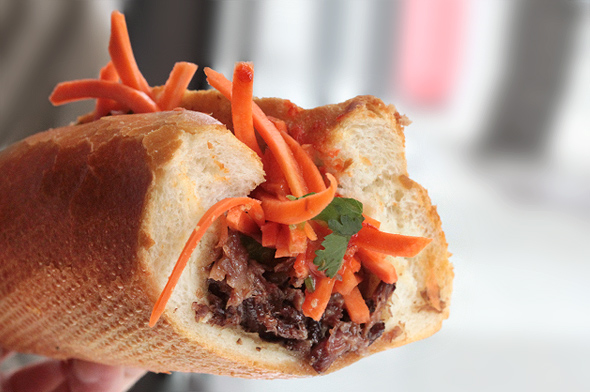 The Banh Mi is good, not stellar, but maybe I've been spoiled by Matty Matheson's version . Way too many carrots and not nearly enough cilantro or scallions, the sandwich became more of a slaw towards last bite. Still, the price is on point and the ingredients are top notch - especially the baguette. The five spice pork belly was the favourite of the two. 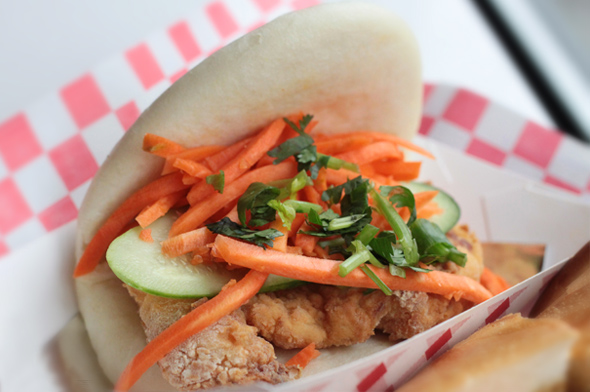 Fried Chicken Steam Bao is a concept done right! The meat, moist and tender, is covered by a spiced panko crust with a dollop of spicy mayo. Oddly, it reminded me of a country fried steak on a biscuit. The Papaya Salad brightened the rest of the meal and was a good note to end on.

Last Fall, Bahn Mi Boys were the new kids on the block but much has changed in their absence. Just a stones throw, Come And Get It has become the go-to-go sandwich place of late catering to the biz lunch rush; albeit different menus but similar concepts, so let the boys duke it out and may the best sandwich win. 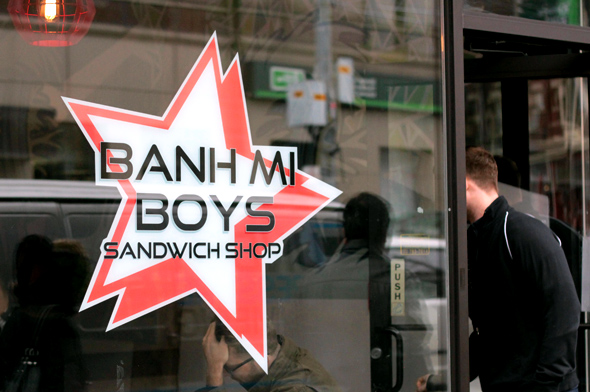 The Best Bao in Toronto