Backwoods Smokehouse & Whisky Bar recently opened on Clinton at College. The name is a little misleading - for me it conjures up an expectation of remote BBQ pits of the Southern states. That's not what this place is.

The restaurant is casual, neighbourhood joint. Inheriting the good looking space that was once Red Sauce , the colour palette has been skewed from retro teal and cream to acid yellow and warm wood tones, while matte black animal heads preside over the room. 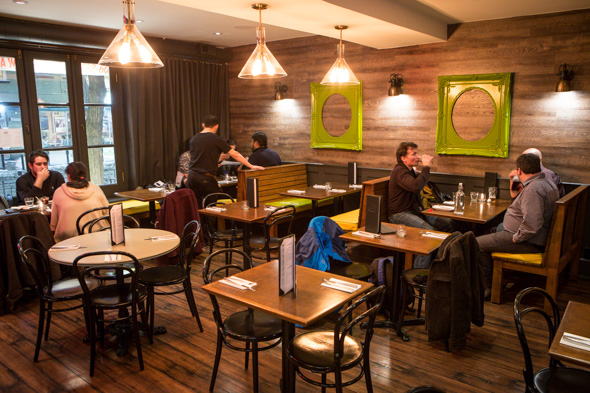 Owners Farhaan Alladina and Richard Zephyrine have brought in a wood-burning Southern Pride smoker and are serving up a meat-heavy menu that isn't tied to any one regional style. 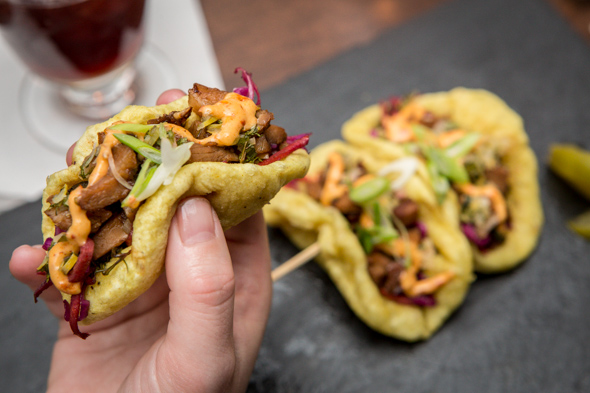 The pork carnita tacos ($10), for instance, is a mashup of Mexican and West Indian flavours. The filling, slow-cooked pork shoulder is decidedly Mexican, marinated with cumin, oregano and chili and subtly smoky, while the taco shell is actually turmeric-scented bara bread, which I've never seen in any other context but a Trinidadian Double.

Bara taco shells are kind of ingenious - I can't believe this isn't a thing already - but this dish is a little confusing. Why not the jerk chicken? The chef boasts that it's really good - wouldn't it be a more natural fit, rather than the carnitas, which are probably better enjoyed on their own elsewhere on the menu? 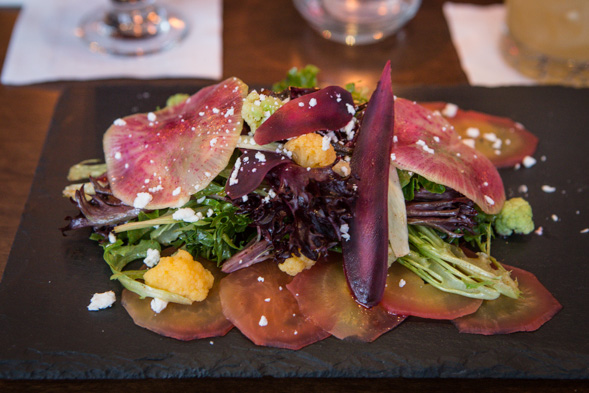 The grilled cheese burger ($17) is made up of smoked and grilled beef patties, between smoked gouda sandwiches on honey yeast buns. It's topped with oak-smoked brisket, maple-smoked bacon, herb mayo and onion marmalade.

Most impressive is that the smoke flavours are noticeable, but don't smack you in the face. This burger is pretty dense, with not a fresh veggie in sight, but as I'm eating it I'm starting to appreciate the preceding pickle salad more than ever. 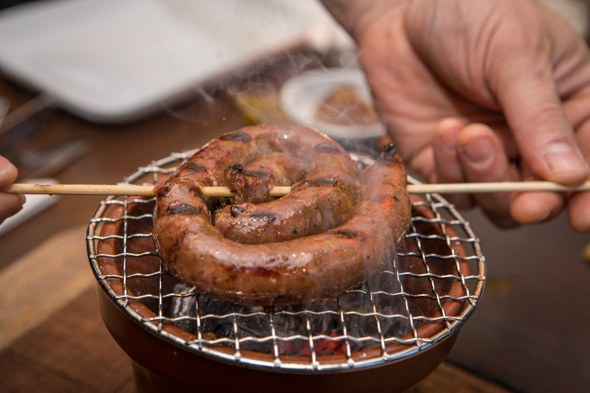 A coil of Mexican lamb chorizo ($15) is served still sizzling on a mini hibachi. With a choice of two house pickles and grainy mustard, it's a nice small plate, but you could turn it into a meal with an extra order of house baked biscuits or corn bread ($3). 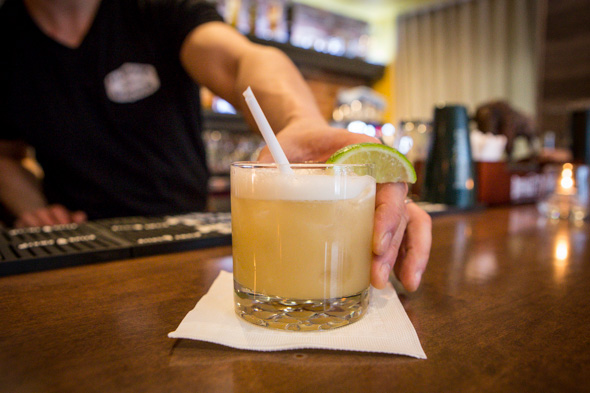 The bar has got beer and wine drinkers covered, but the house specialties are whisky and bourbon. Many of the cocktails are pleasantly permeated with smoky flavours too, like in the case of the Bourbon Sour ($12), which features smoked lime juice and a peppercorn and rosemary syrup. 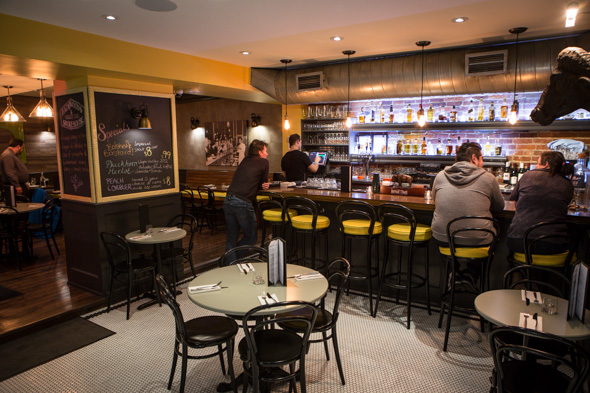 Backwoods wasn't really the down and dirty smokehouse I was expecting, but it'll satisfy carnivores all the same. Look forward to brunch launching in the coming months, and, of course, the lovely patio that's already licensed and ready to go as soon as the weather warms up. 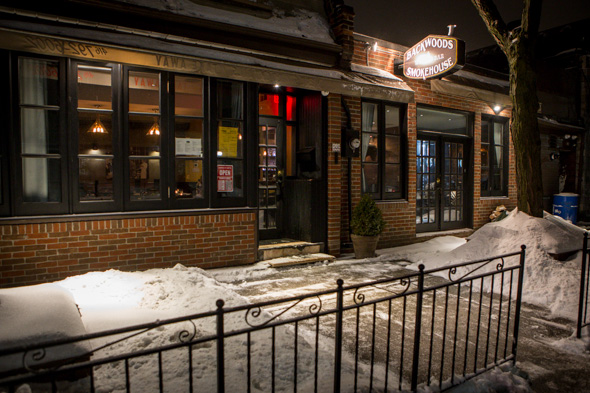