Bab Tuma is a borough in the Old City of Damascus in Syria, and the name of this halal restaurant serving chicken fried, grilled, and in shawarma form.

The portions are massive and the prices are low, and the saj and manakeesh pies are made from scratch in house here. 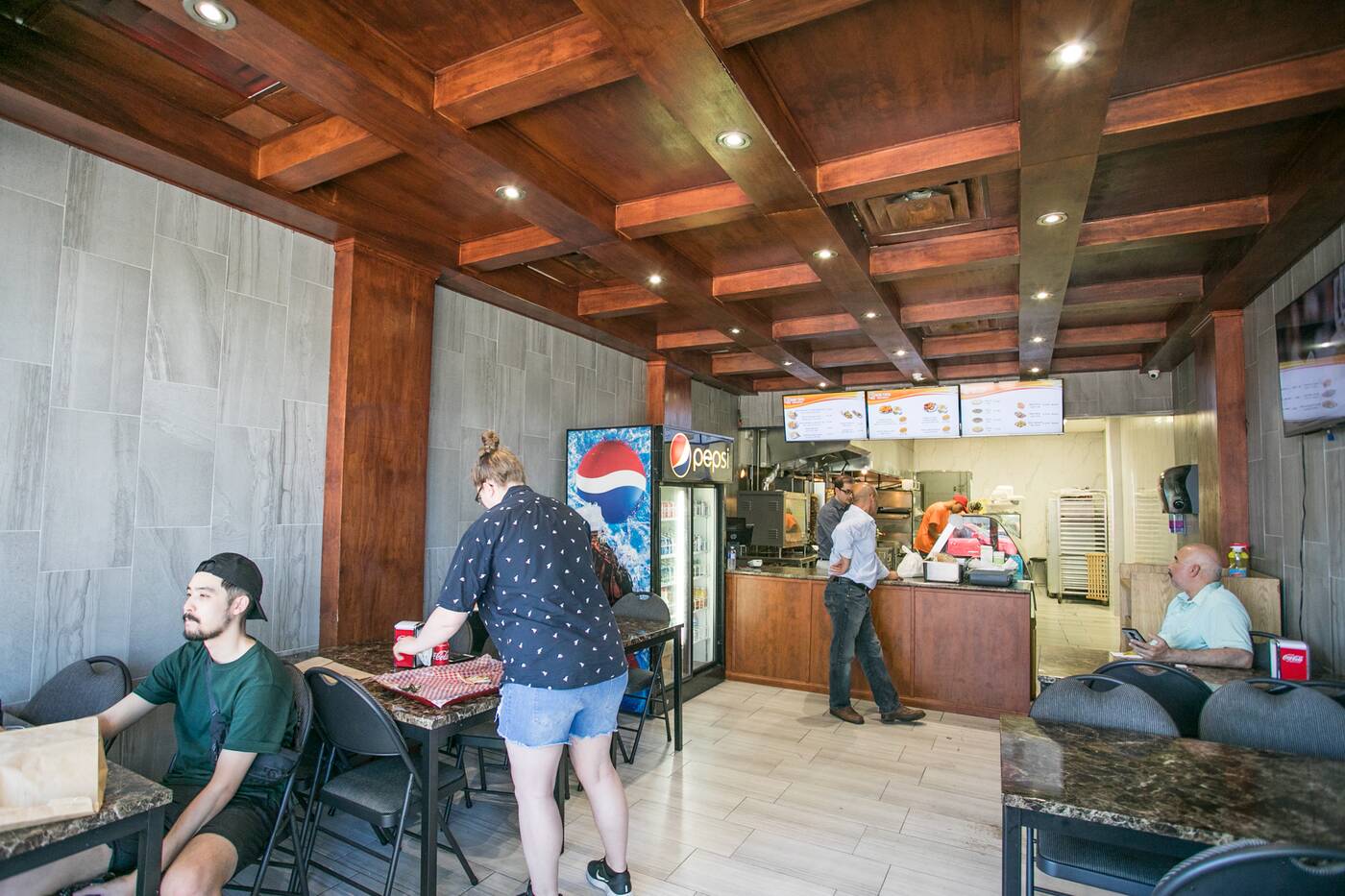 The confines are humble but clean, around six tables for four providing seating. 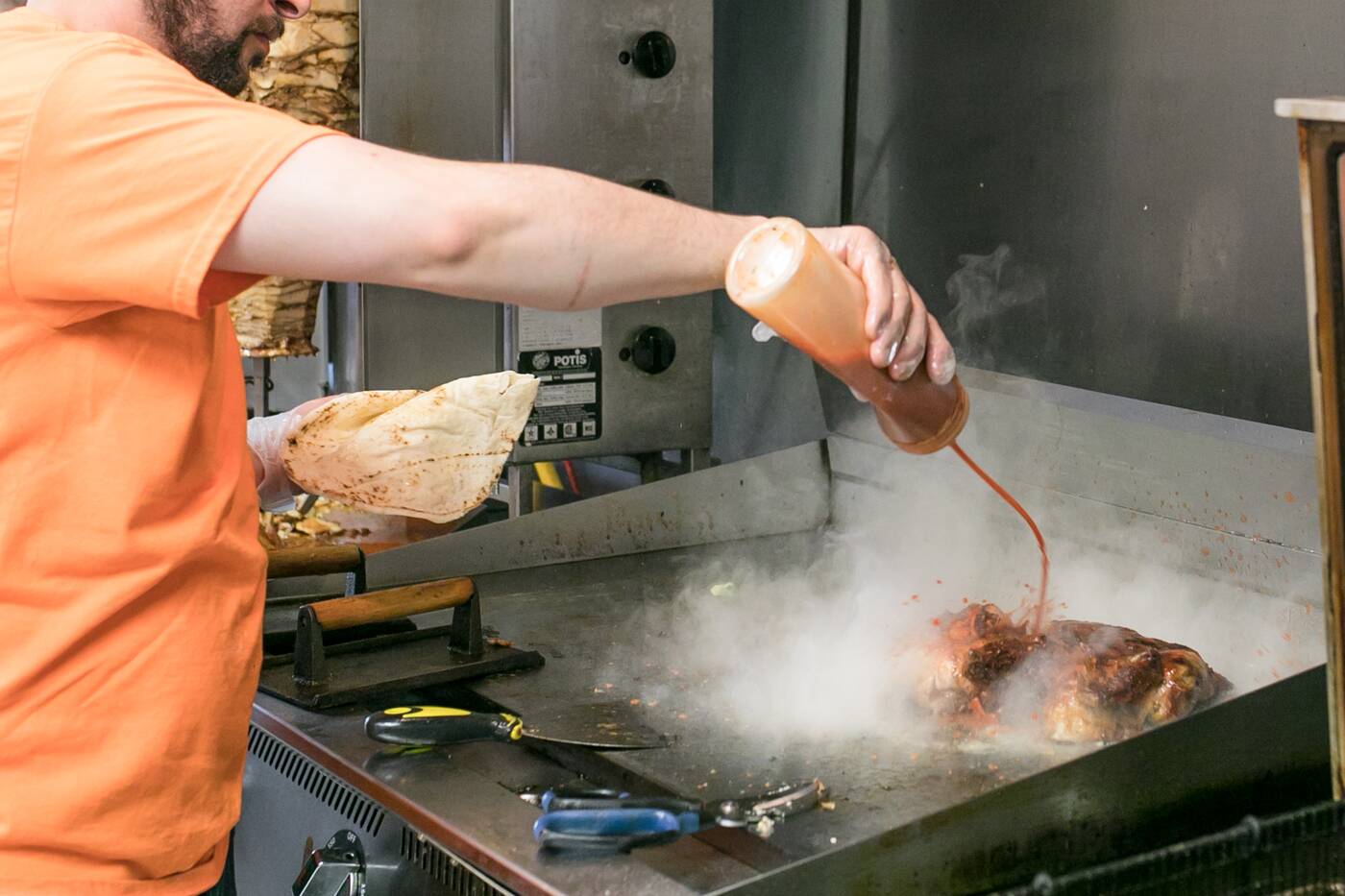 Enormous cones of beef and chicken spin and entire chickens are smashed onto the griddle in full view of the dining area. 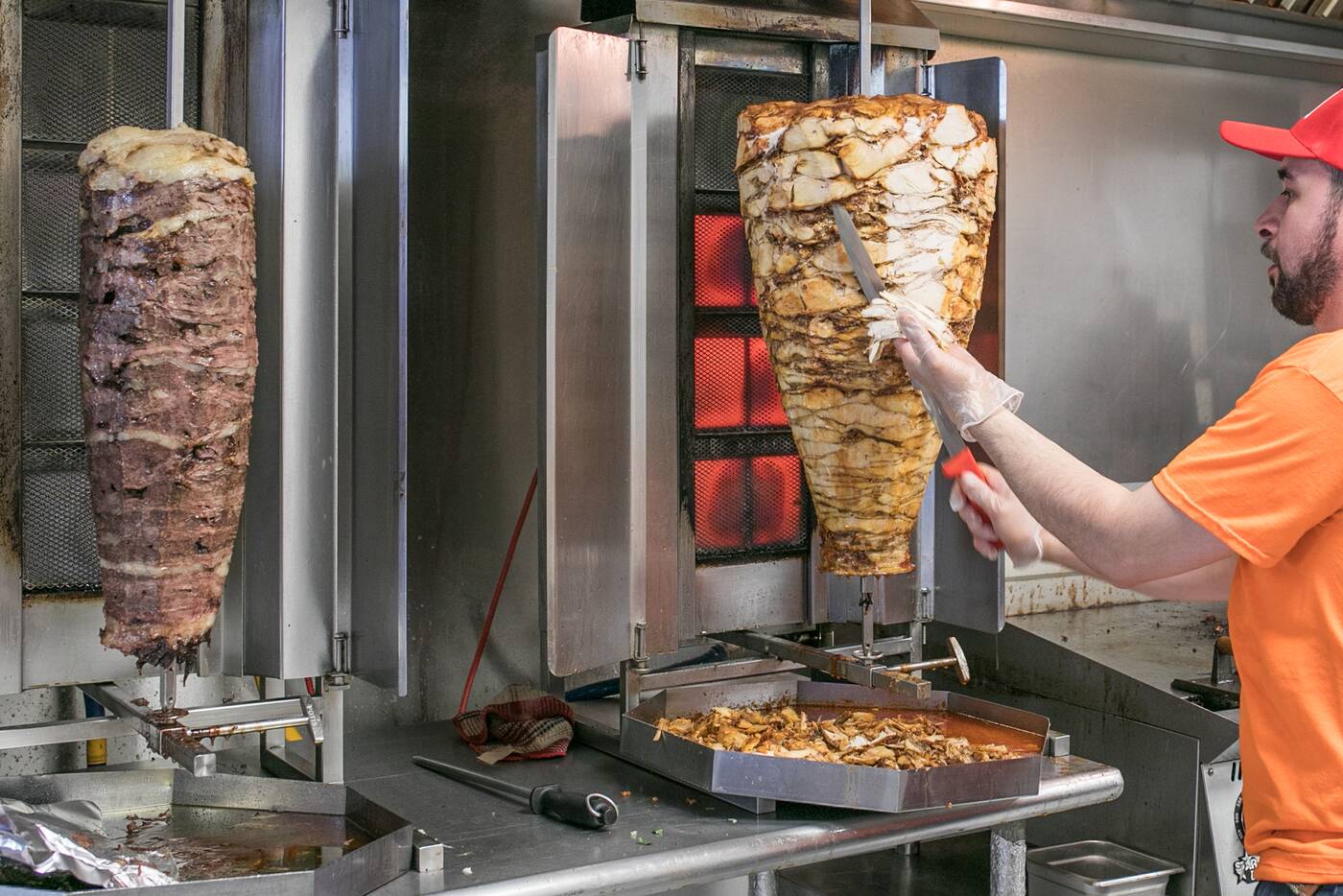 Beef and chicken sandwiches ($5.99) come on your choice of pita or house saj bread. 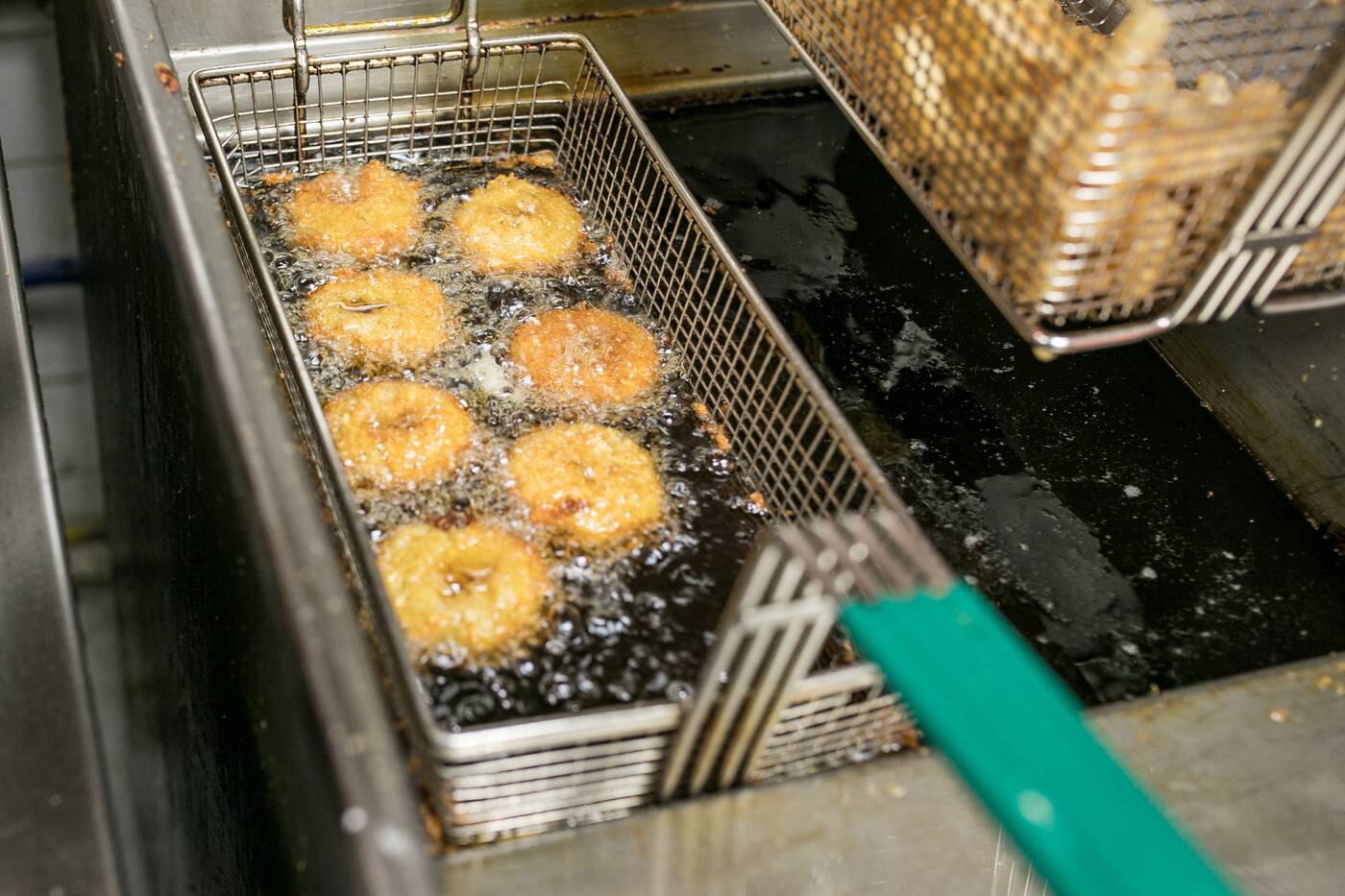 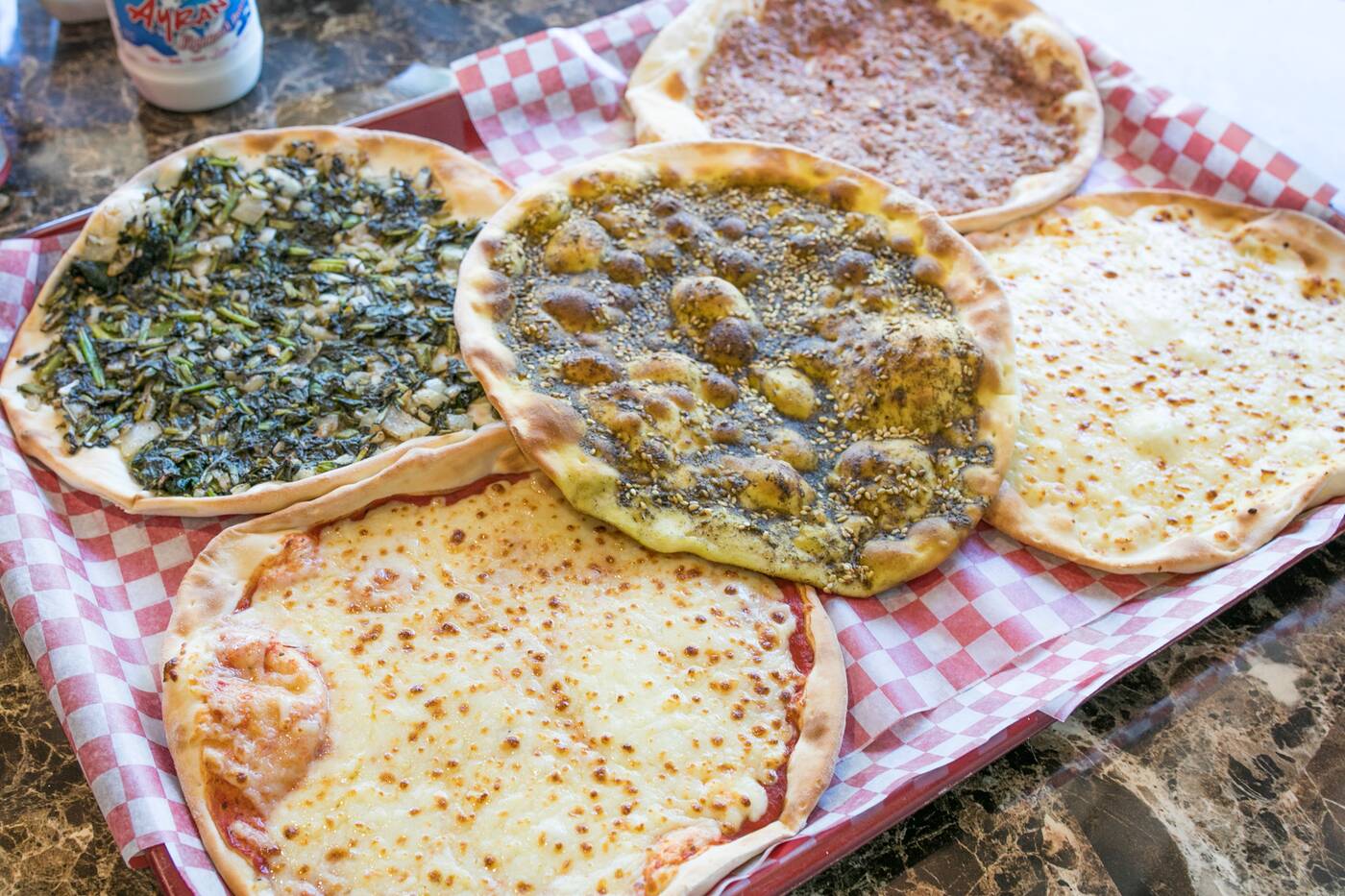 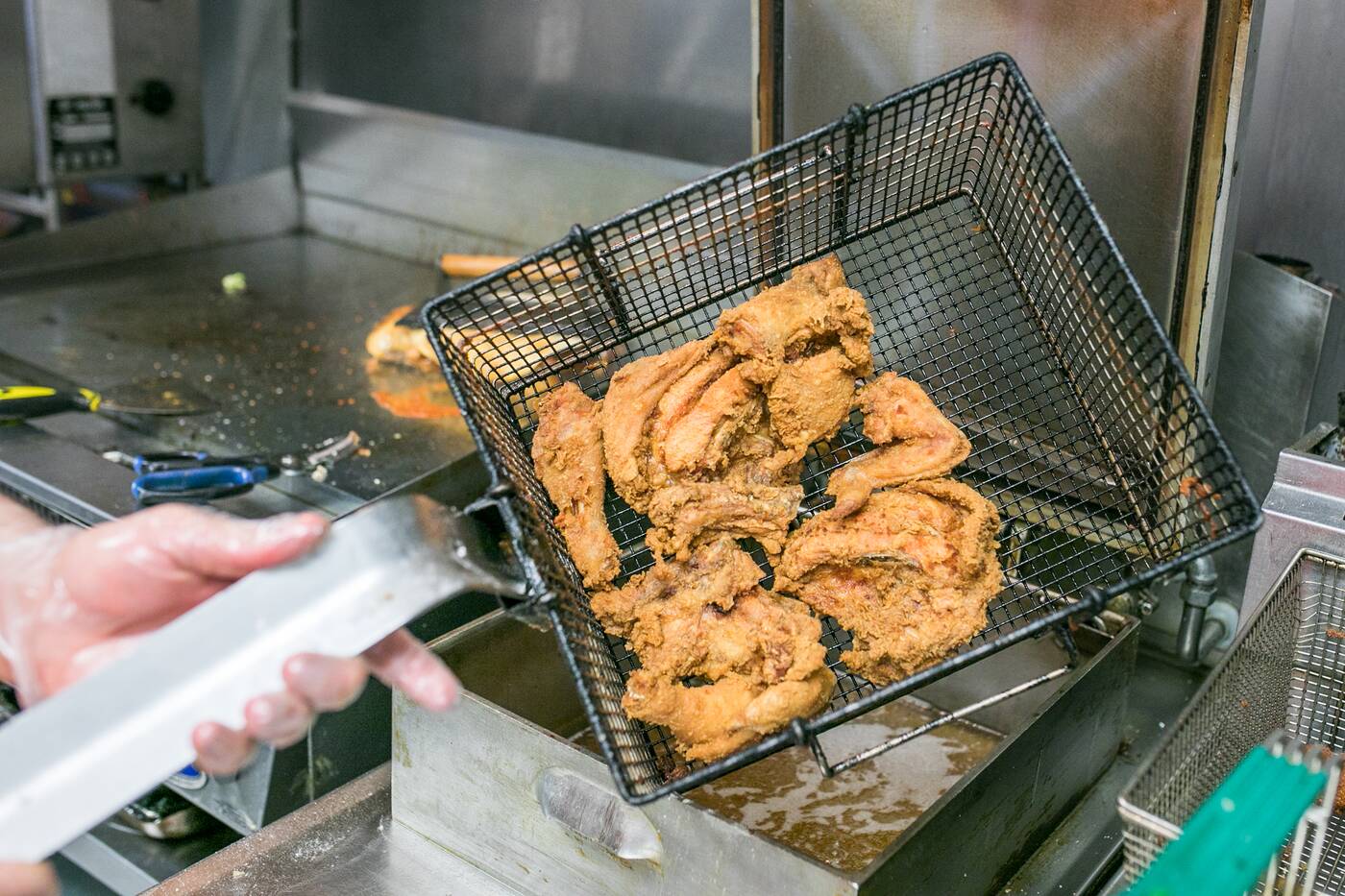 Fried chicken is $11.99 for four pieces and $19.99 for eight pieces, the larger meal basically an entire bird. 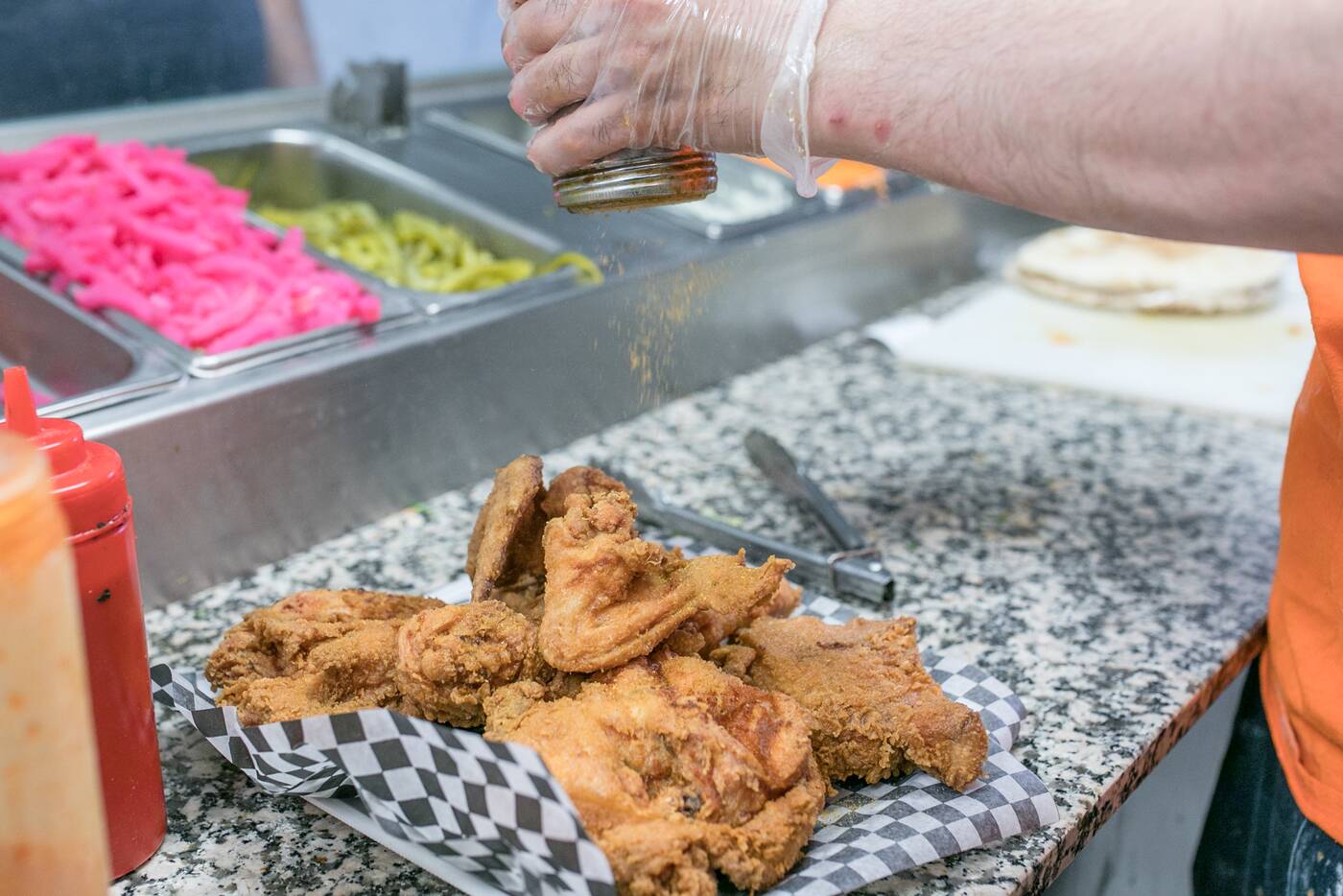 The details of the seasoning are secret, but it’s generously applied and clings nicely to the crispy chicken skin. It has a bit of a warm flavour to it that adds something extra to what’s otherwise a pretty typical fried chicken coating. 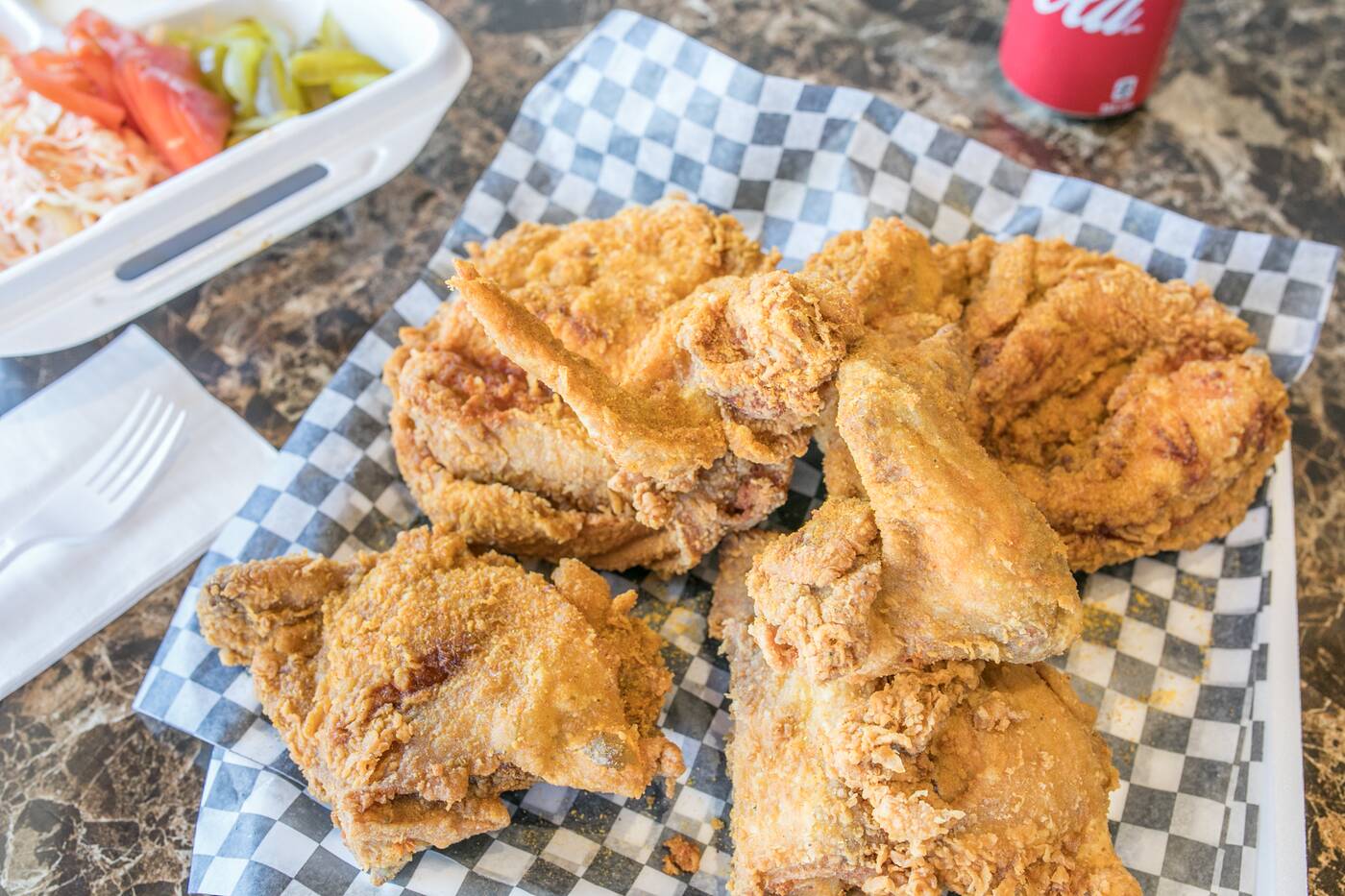 Accompaniments are kind of like shawarma toppings, a creamy slaw and pickles surprisingly appropriate. 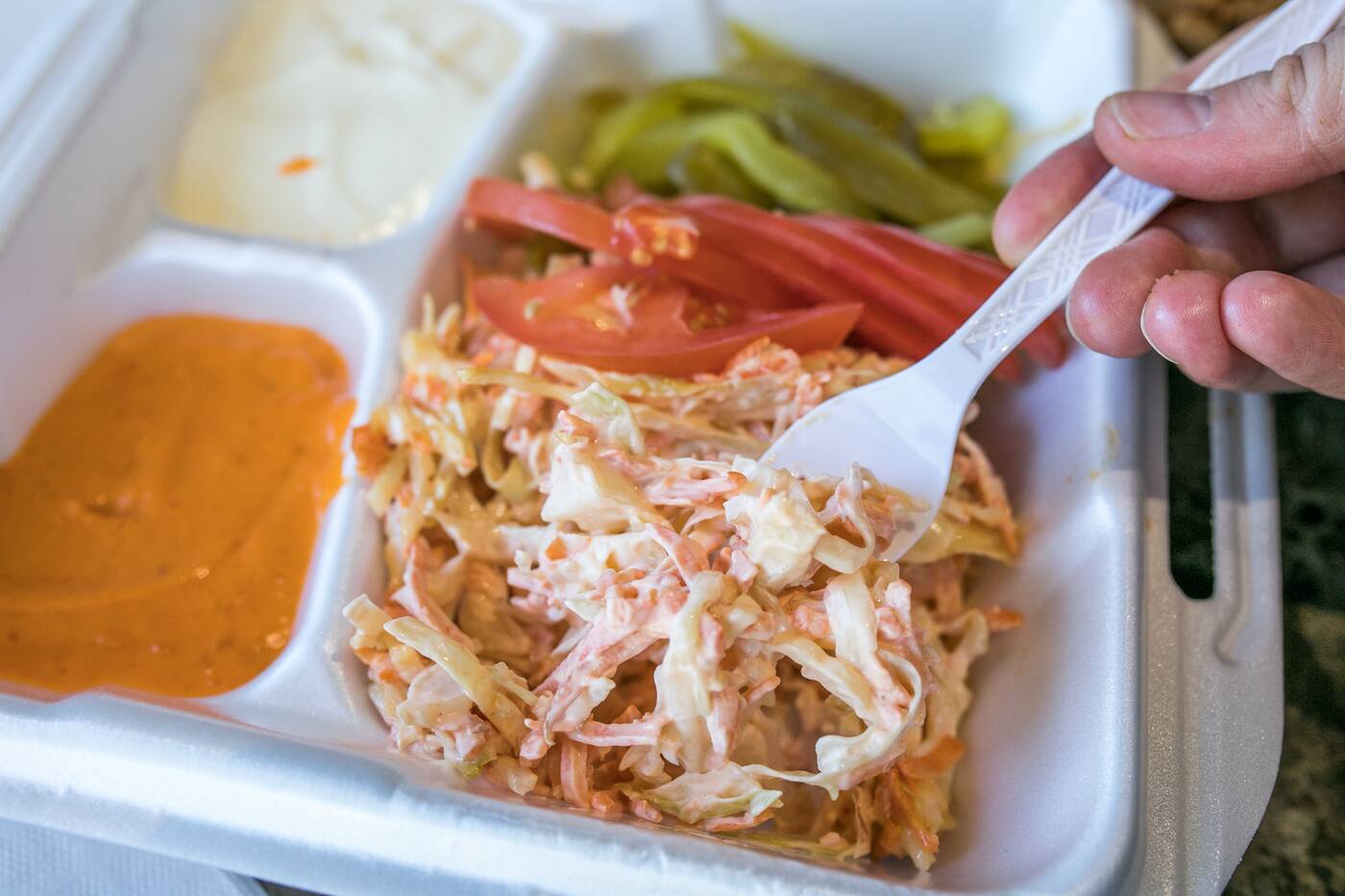 Sauces on the side include a thick and creamy, yet spicy hot sauce, as well as a garlicky white sauce. 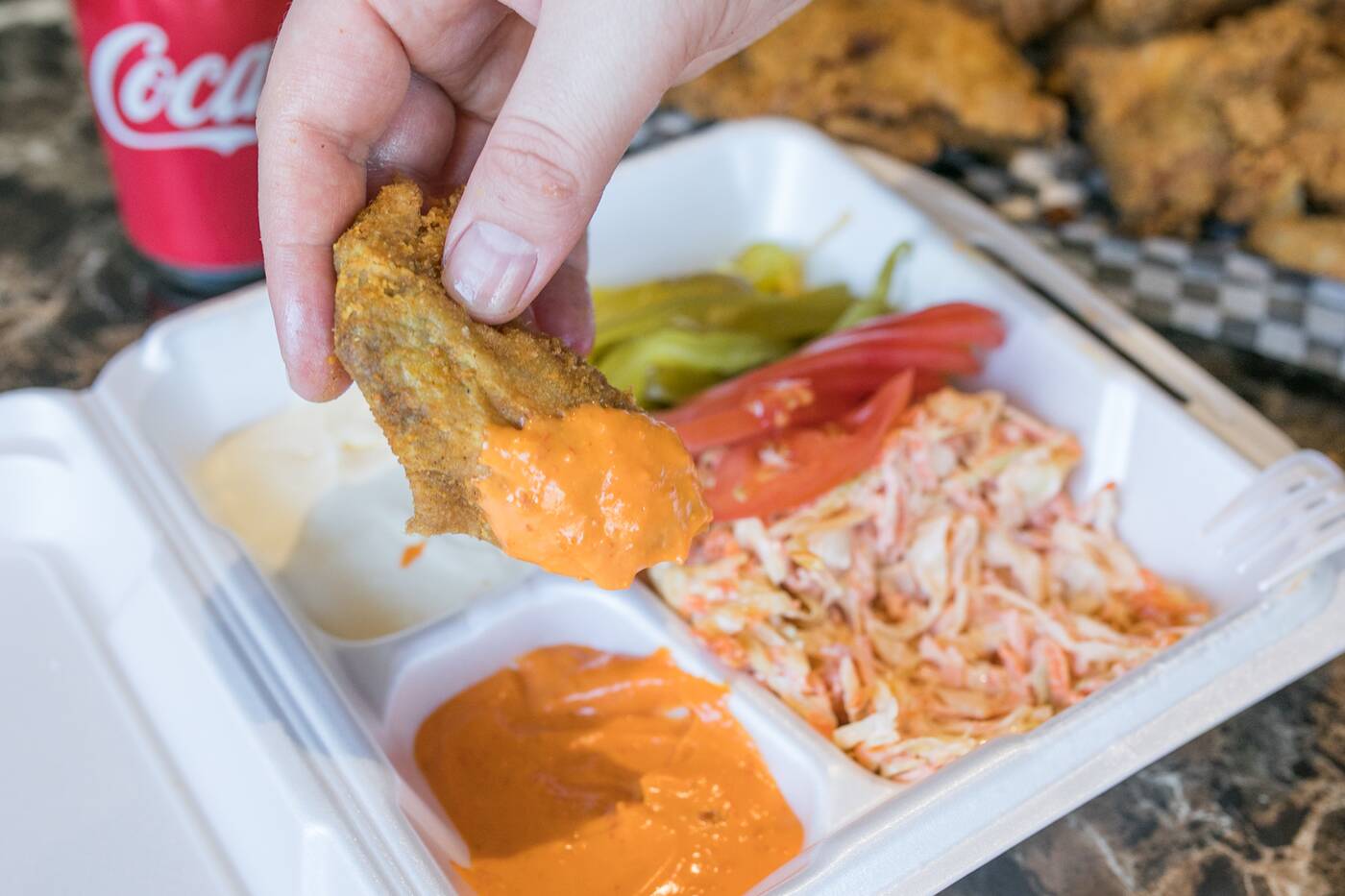 Both go excellently with everything, but I think the hot sauce is an obvious and delicious pairing for the fried chicken. 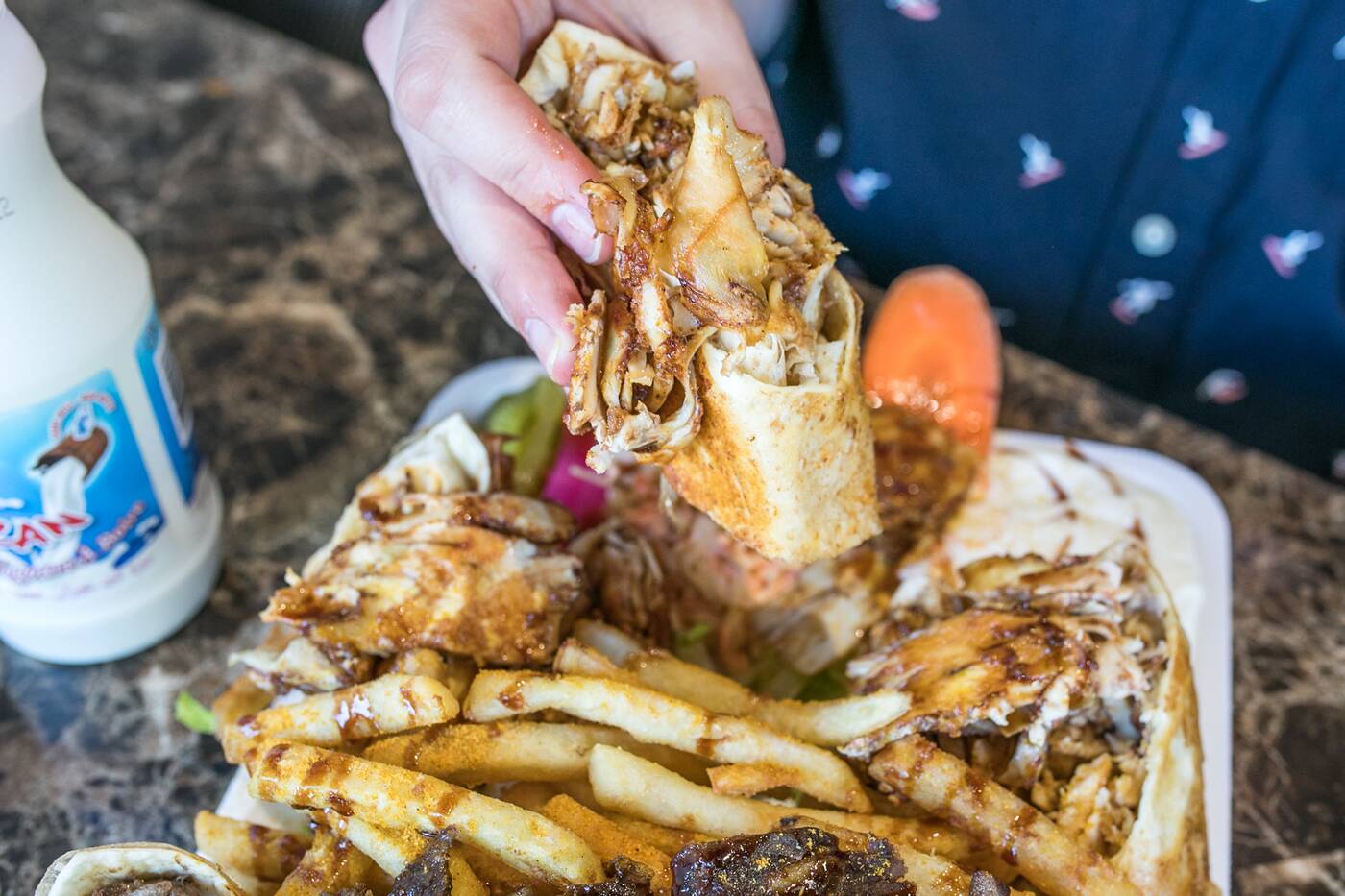 A “Shawarma Plate Double” ($12.99) is a serving of both beef and chicken shawarma in saj wraps, served traditionally-sliced and standing up, topped with more meat and a concentrated dark sauce that adds extra maltiness and a little sweetness.

The shawarma meat itself is heavily-spiced, juicy and hearty, the bread thin and elastic but crispy on the outside where it’s been pressed onto the grill. 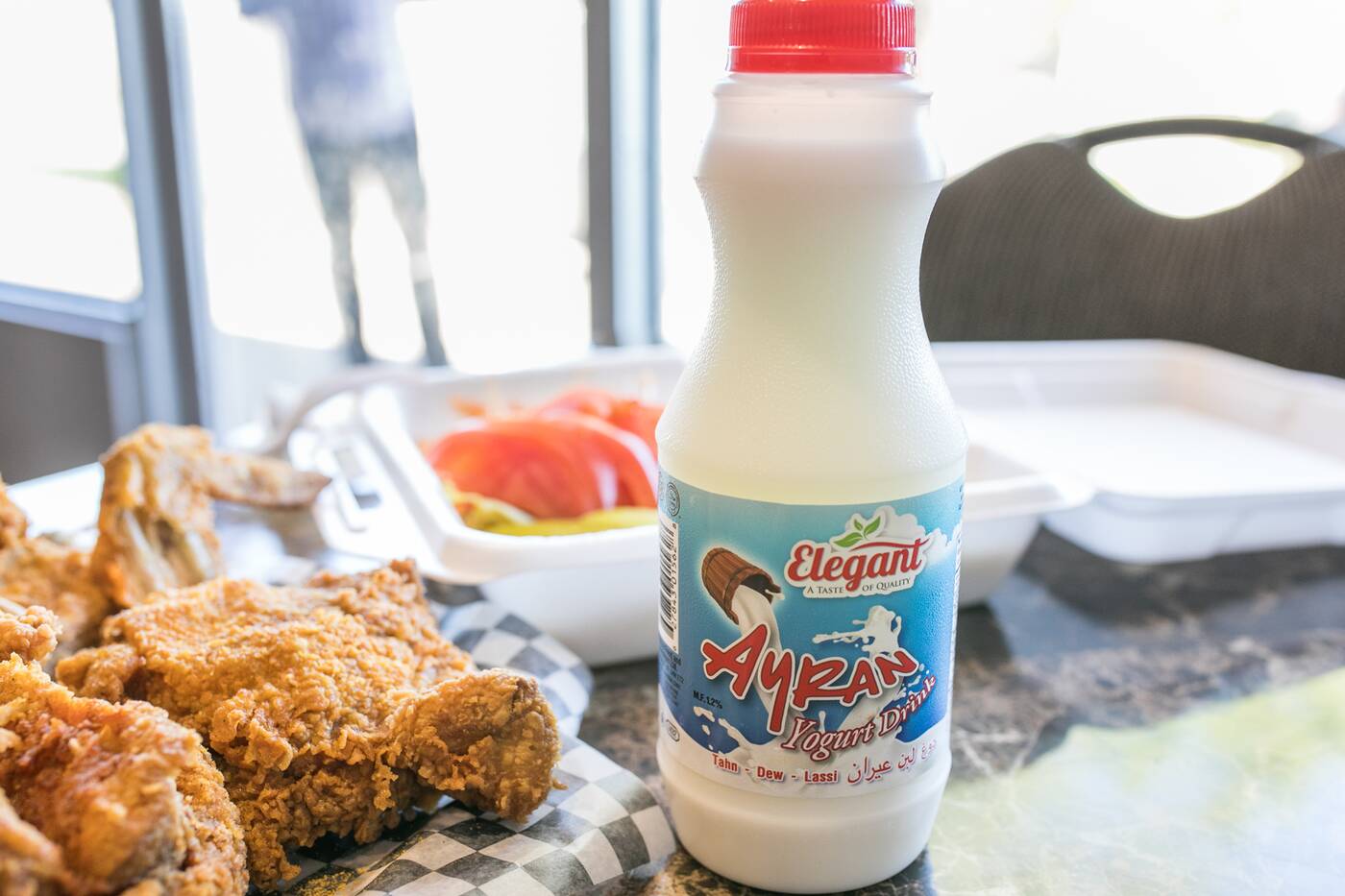 To drink, there are the usual sodas, but there’s also a yogurt drink that’s commonly had with Middle Eastern cuisine. 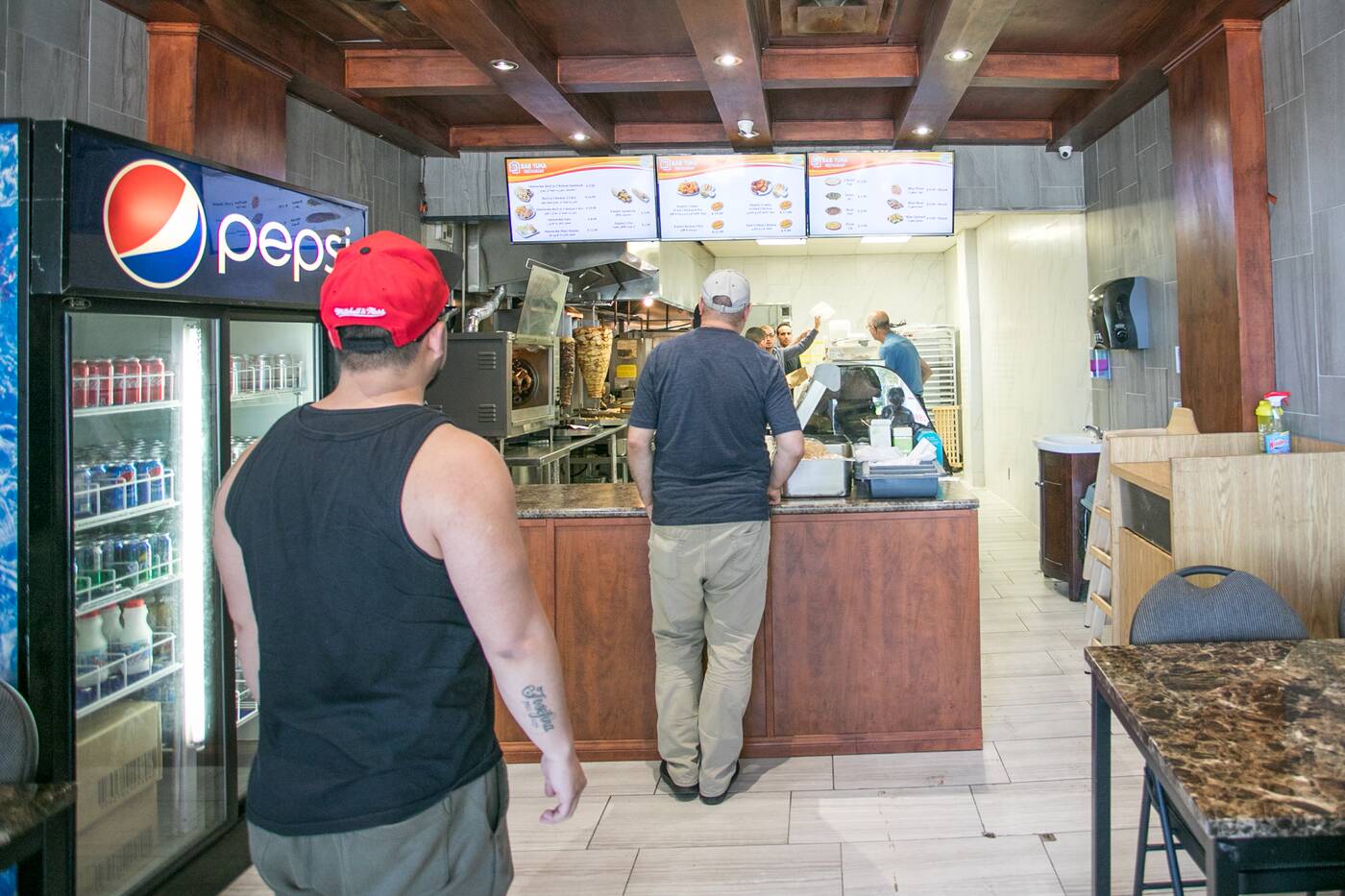 Bab Tuma joins a growing number of Syrian restaurants in Toronto, and chicken lovers on a halal diet (and a budget) certainly won’t be disappointed here. 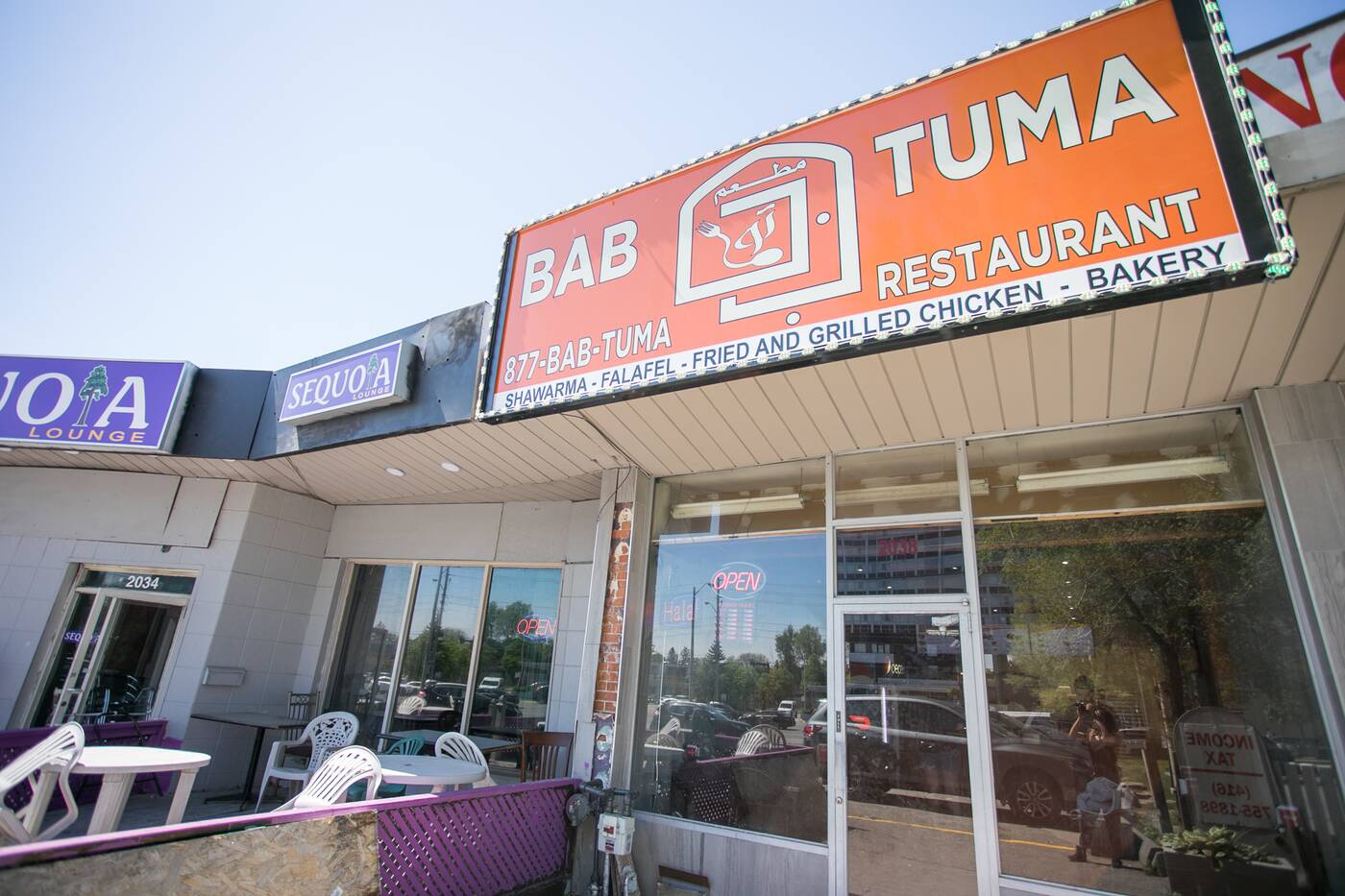