Athavan is the place to go for cheap Sri Lankan eats in Toronto. It's from the same people behind Kothu Boyz.

Weekday offerings at the humble spot are mainly limited to biryani and string hoppers with veggie dishes as Tamil people often don’t eat meat on Fridays and sometimes Tuesdays. Weekends are when to come here to get hoppers, dosa, and a seafood soup called koohl. 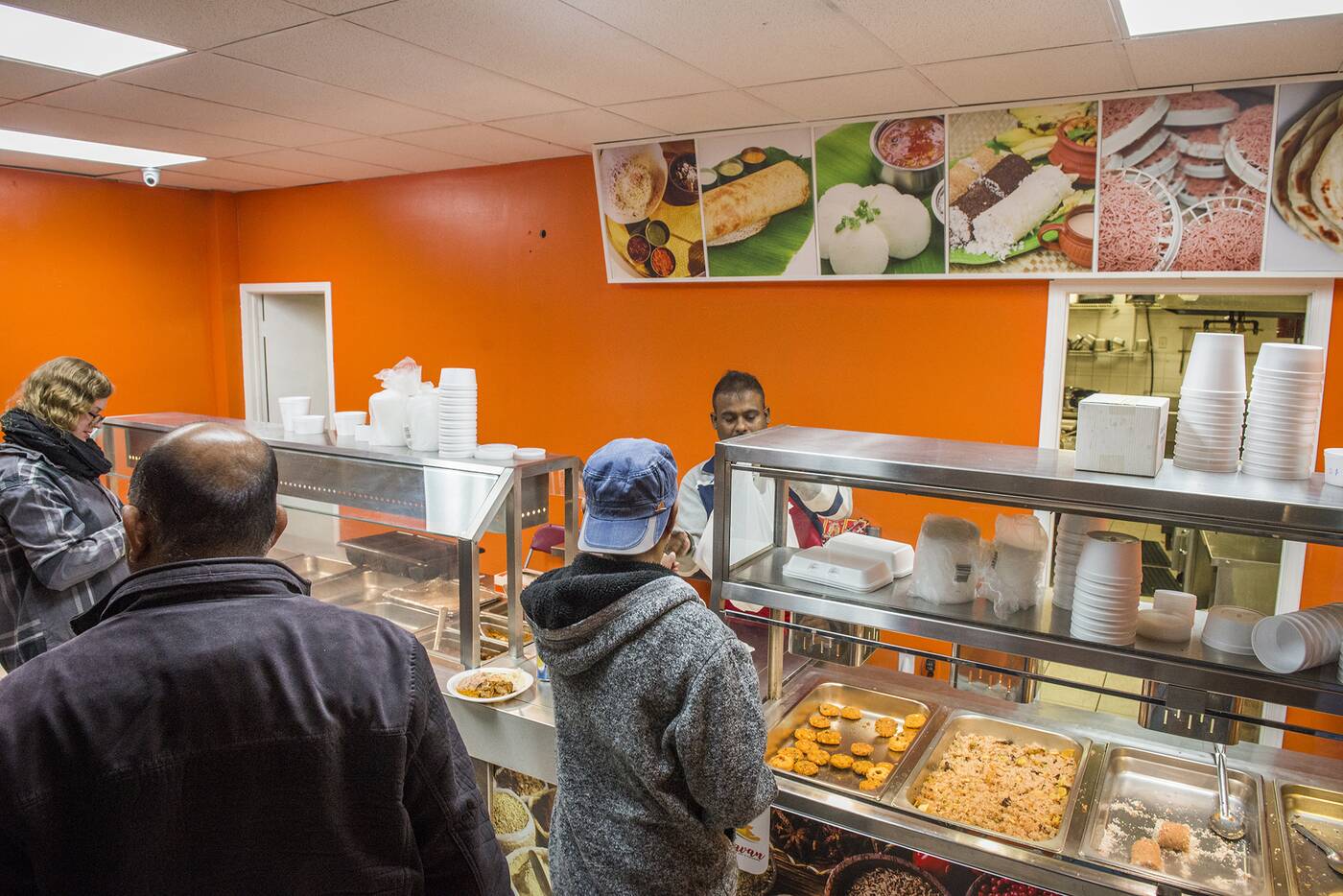 The confines are extremely humble, a row of steam tables divided into meat on one side and vegetarian items on the other. 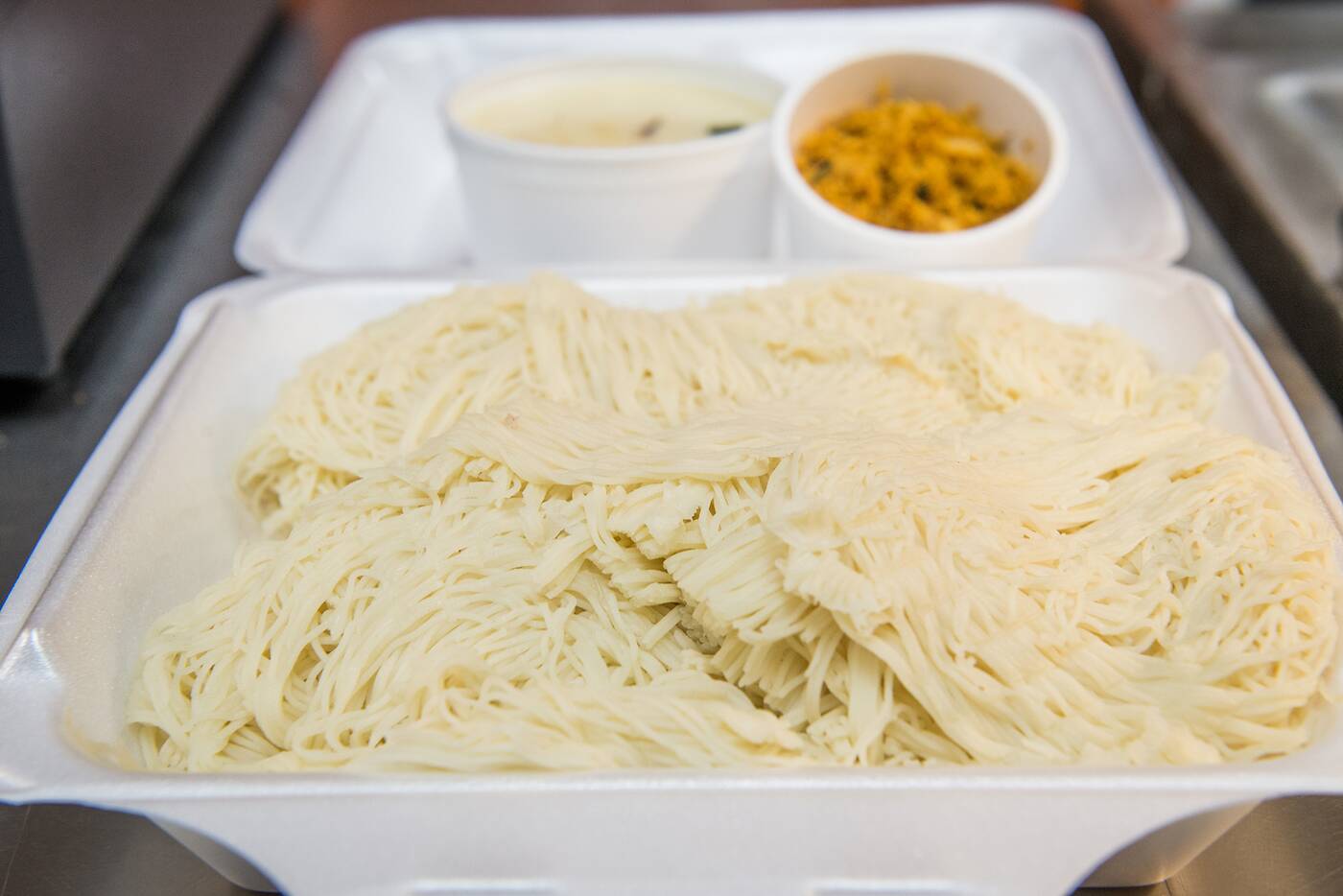 String hoppers made from rice flour come in brown rice and white rice options, and create a sturdy, textural foundation for many Tamil meals. 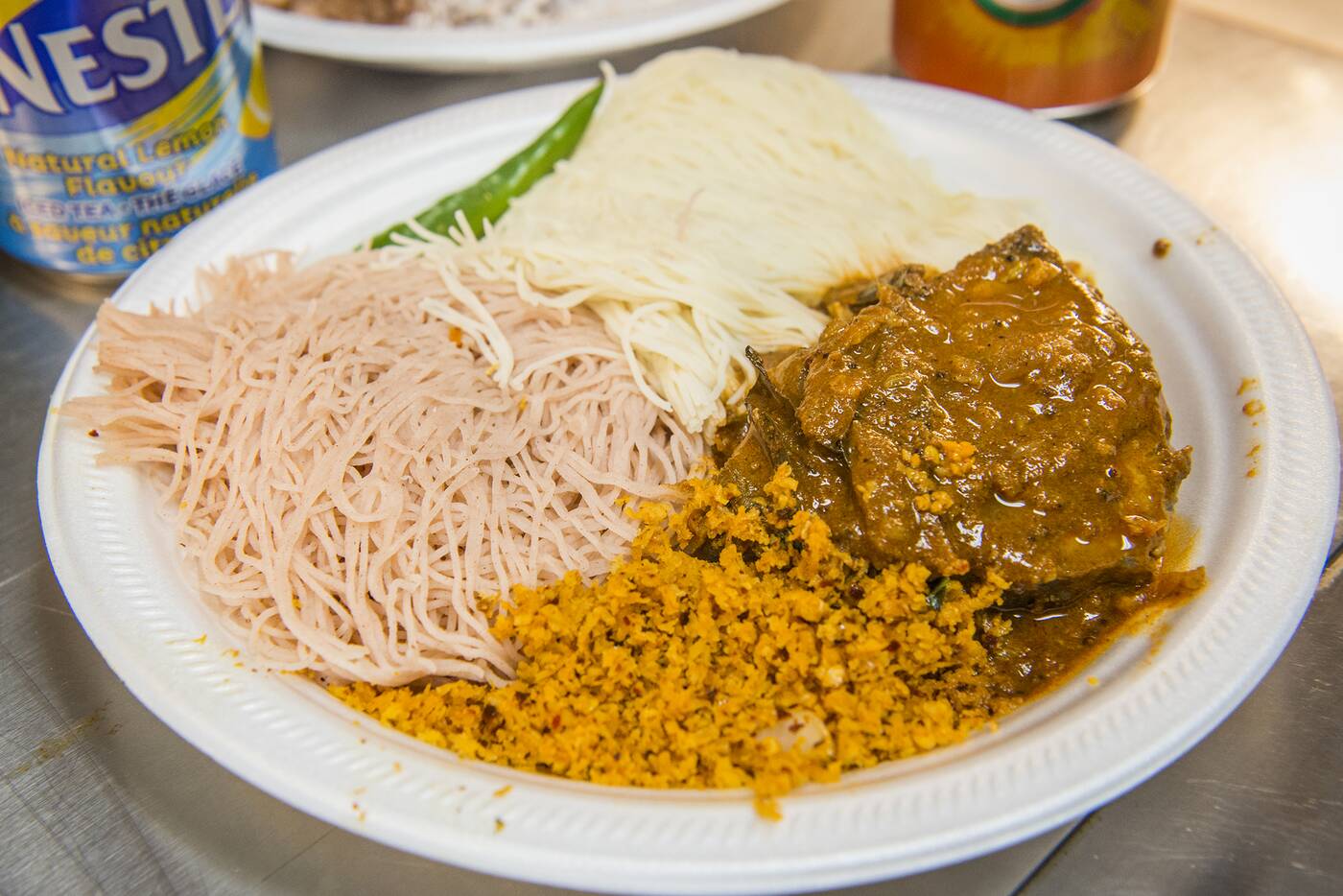 A dish of kingfish (around $7) with both white and brown rice string hoppers accompanied by pol sambola, a kind of very spicy coconut sambal and a super hot raw green chili. The chili is more decorative than anything else, but the fish is meaty and swimming in spicy gravy. 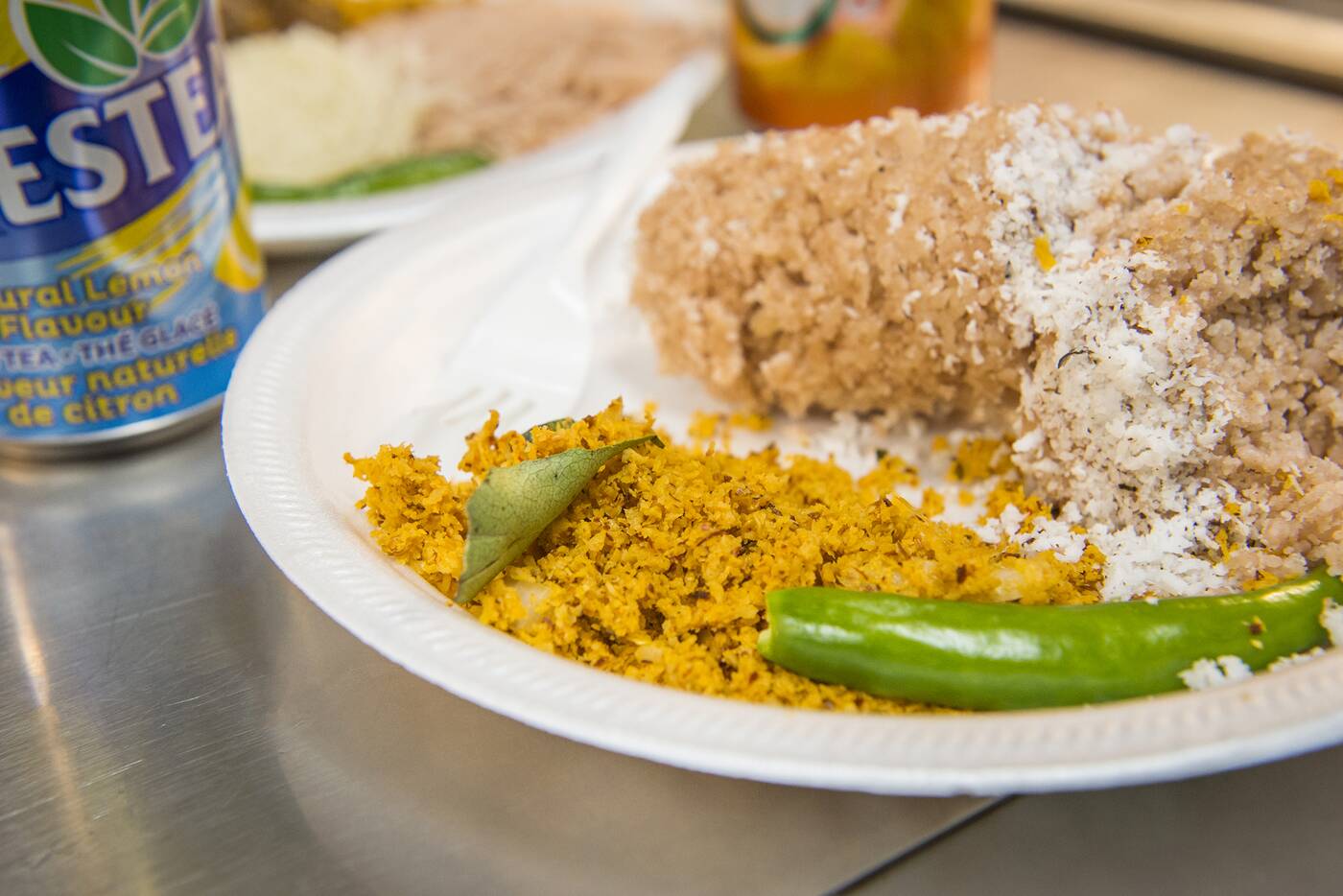 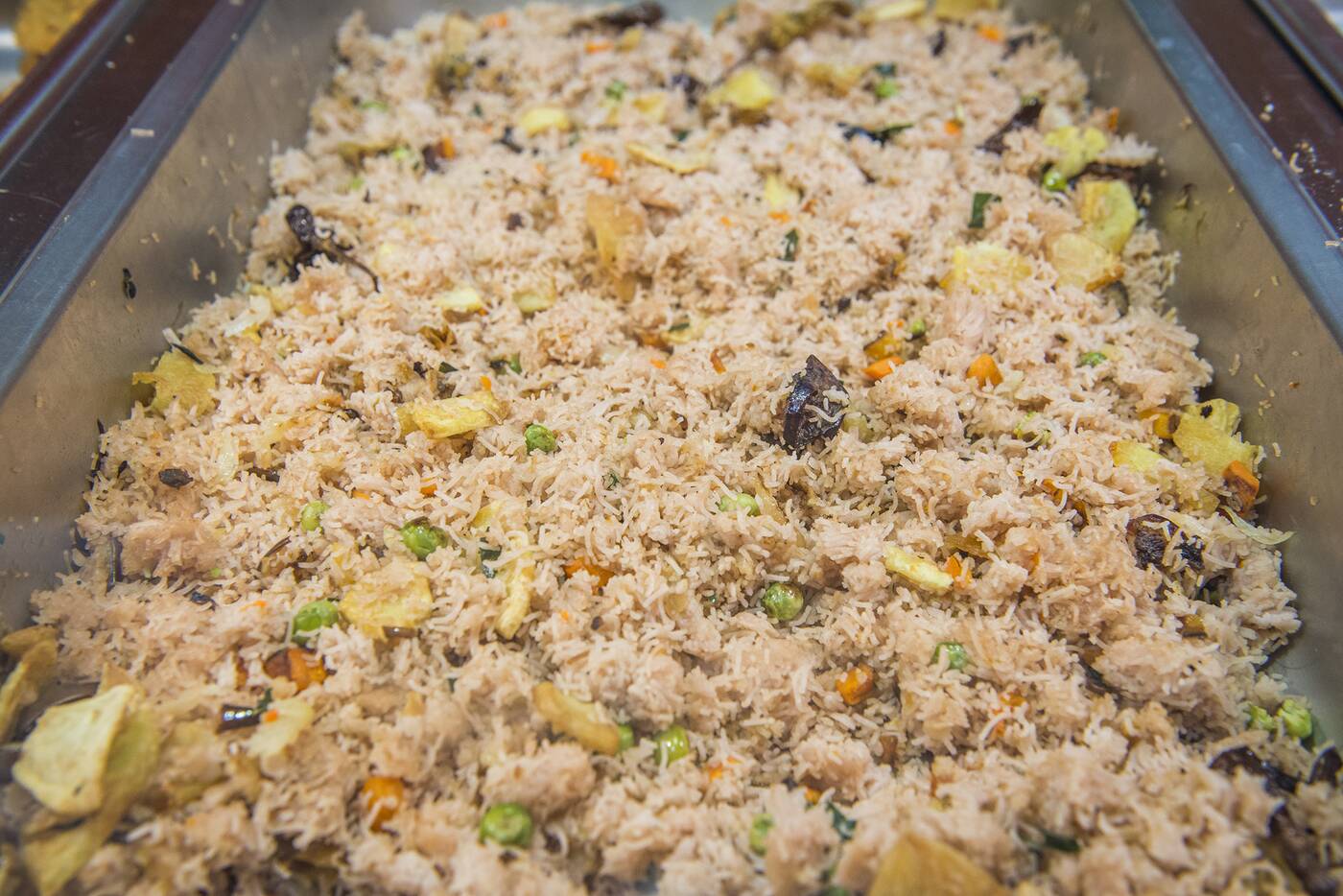 Biryani will run you about $2 - $3, extra for curry on top. Veggie curries typically include daal, potato, carrot and spinach. 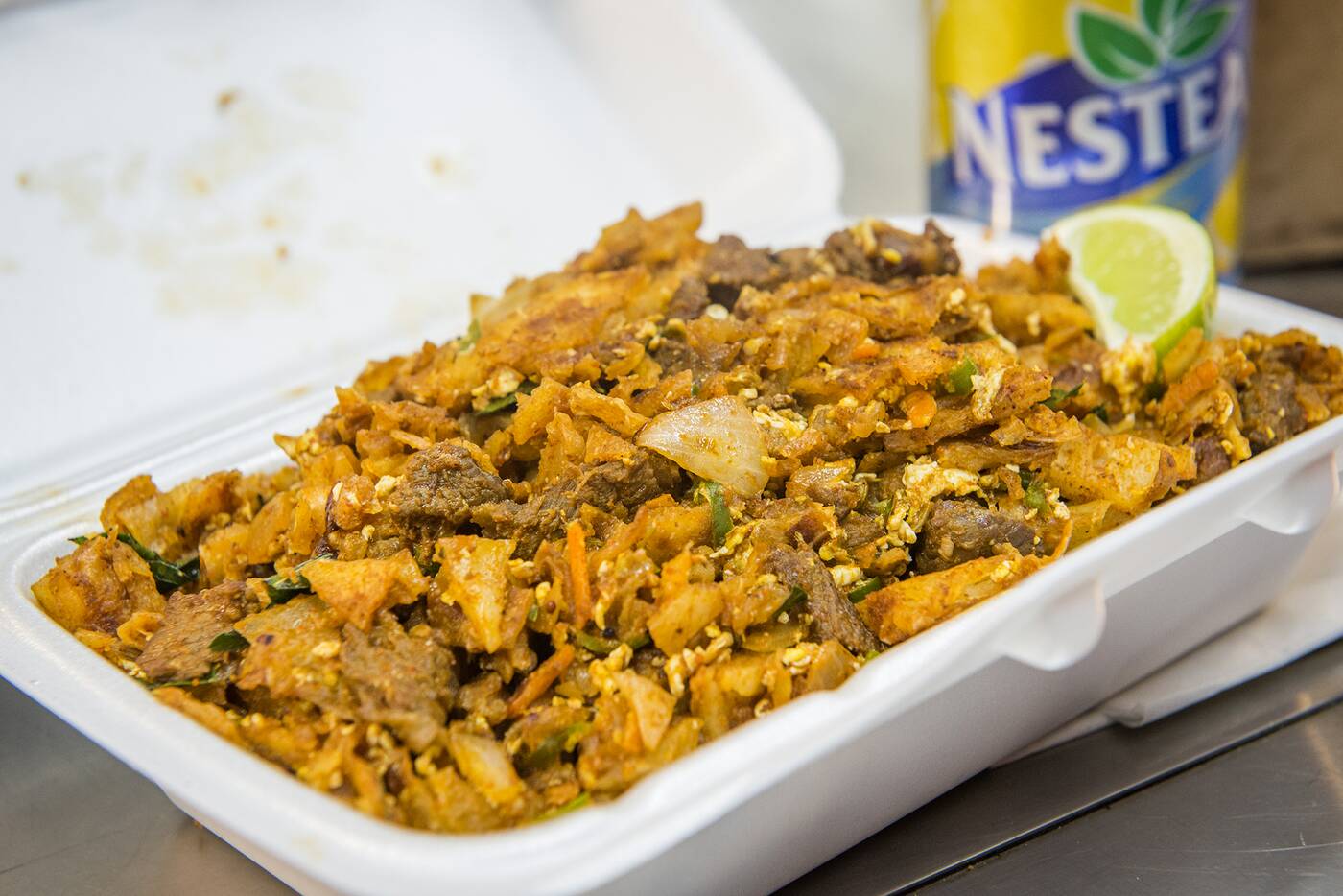 Kothu roti (starting around $8 depending on what meat you get it with) is a Tamil specialty, and a signature item here, so much so it’s part of the name of their other business. 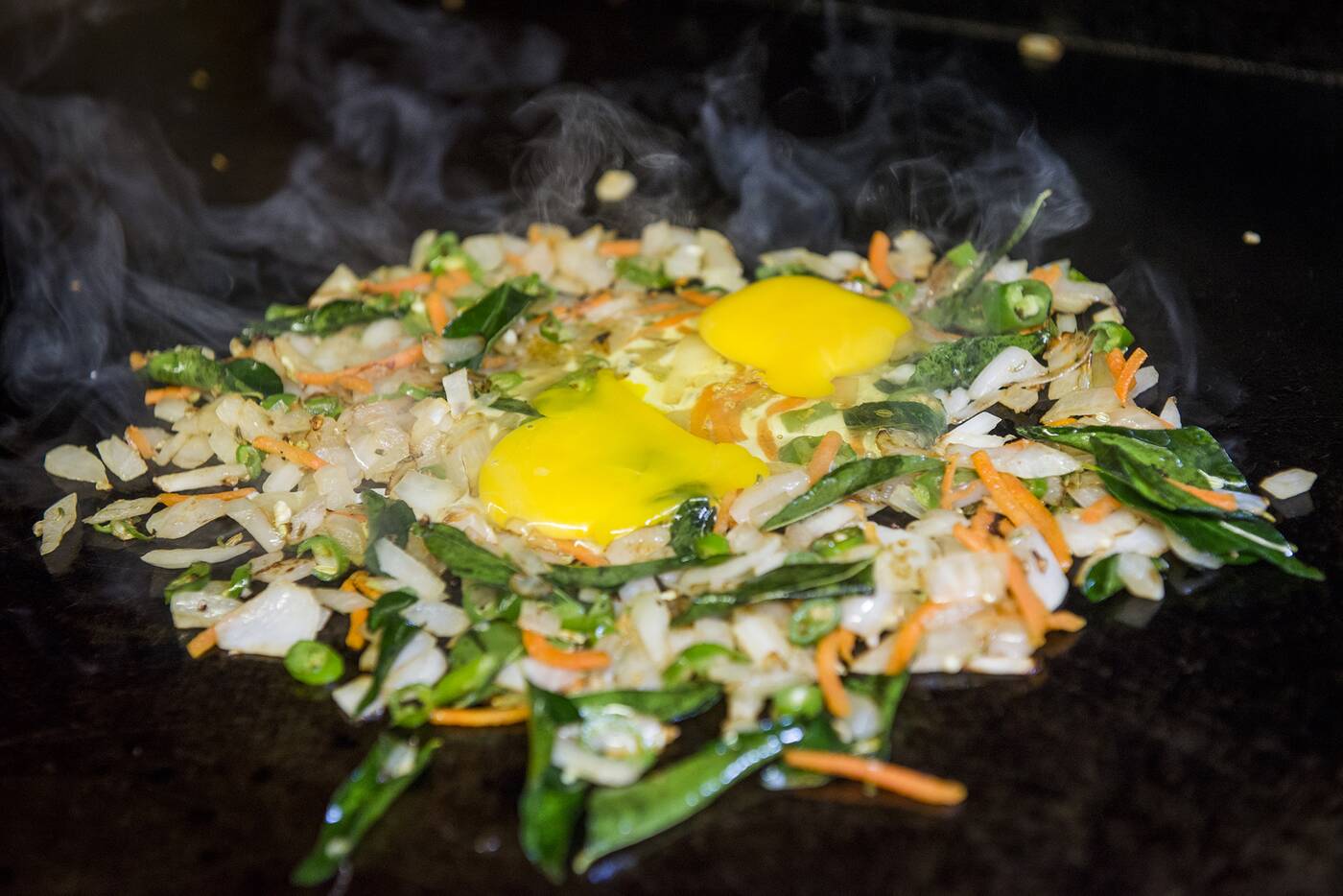 The pancake-like kothu is chopped up with onions and chili and mixed up with egg on top for another super spicy, hearty dish. 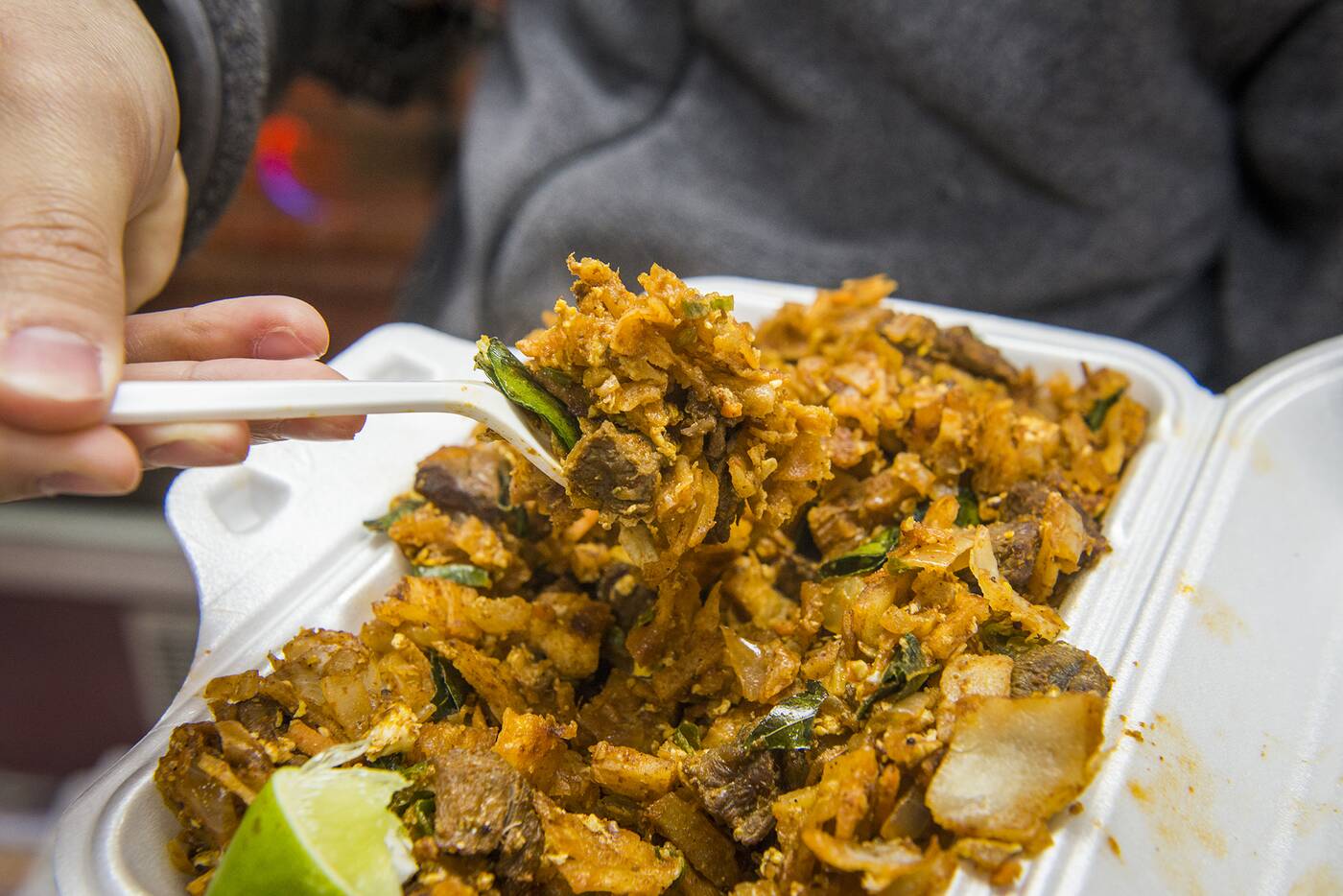 A hit of lime adds a little extra brightness. 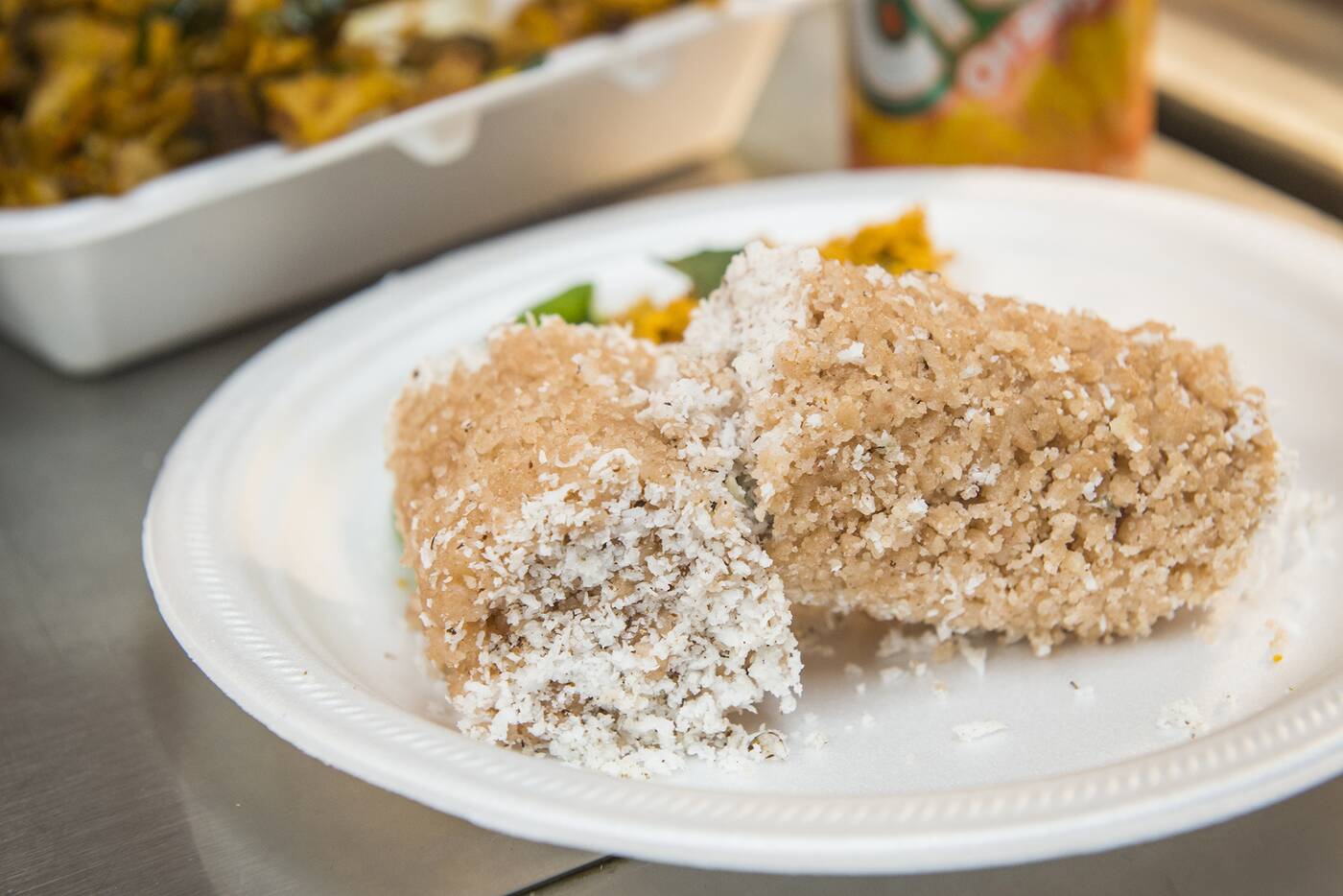 Puttu is actually a breakfast dish in areas of the Indian subcontinent. Ground rice flour and coconut are steamed into a cylinder shape, and whatever curries can be added on top. This is often served, like pretty much everything, with pol sambola and a green chili as well. 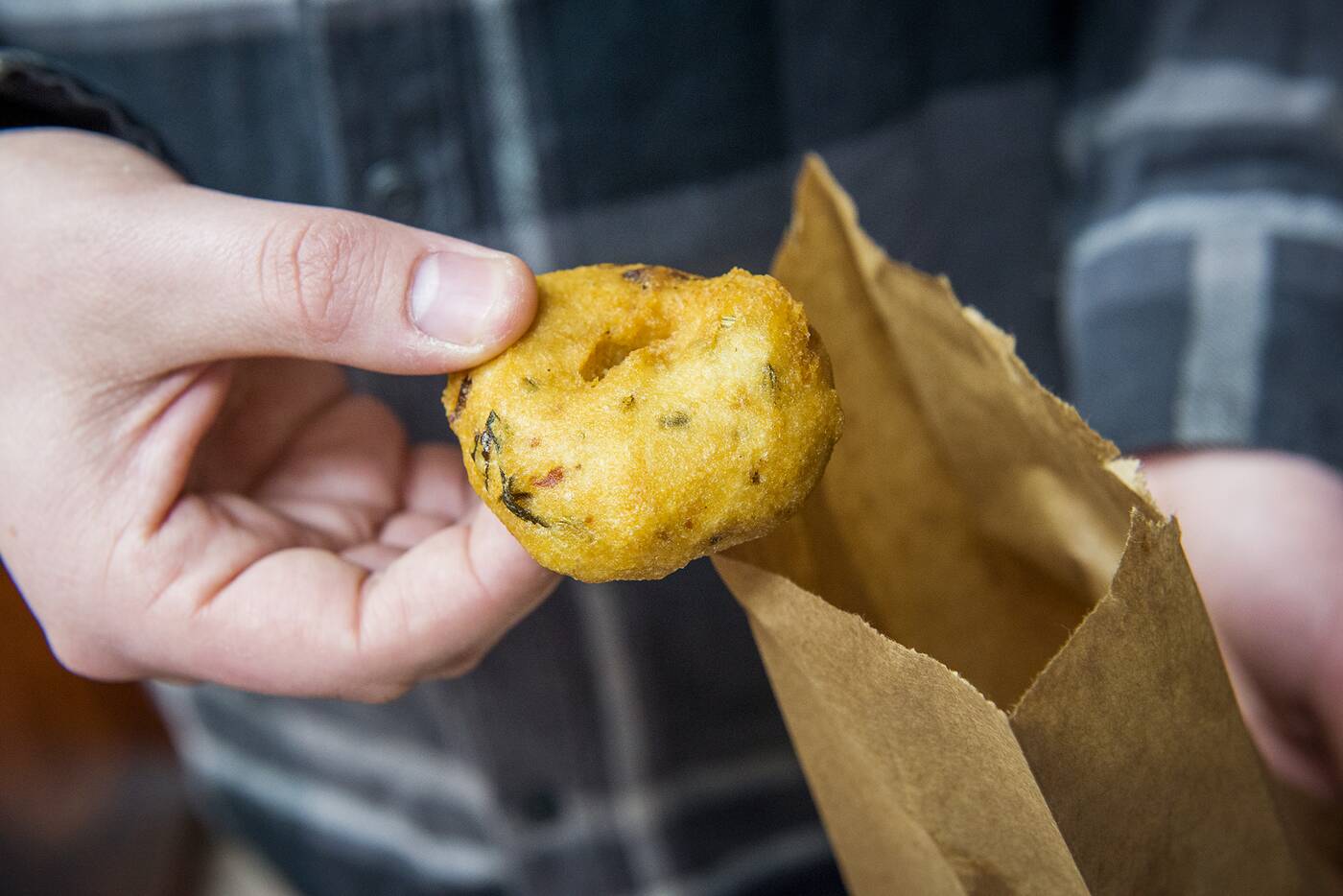 Vada are part of a selection of small snacks called “short eats” in Tamil cuisine. The owners of Athavan describe them to me as a little like a Tamil donut, with a base of legumes accompanied by warm herbs and spices and fried until crispy and oily. 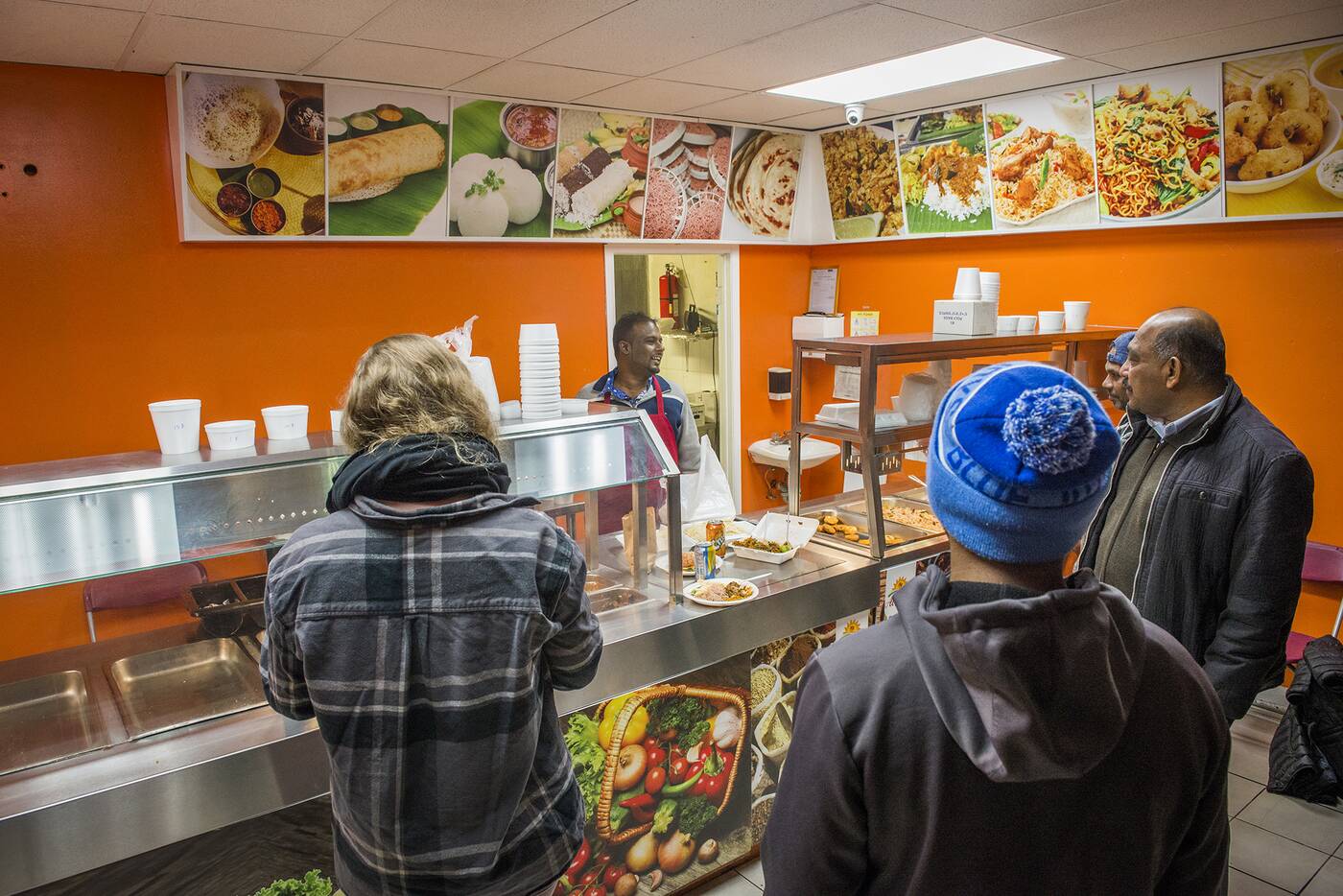 If you’ve enjoyed South Asian food from Kothu Boyz at the likes of Kothu Fest and Tamil Fest in Scarborough, you’ll be glad to know their culinary creations have a permanent home. 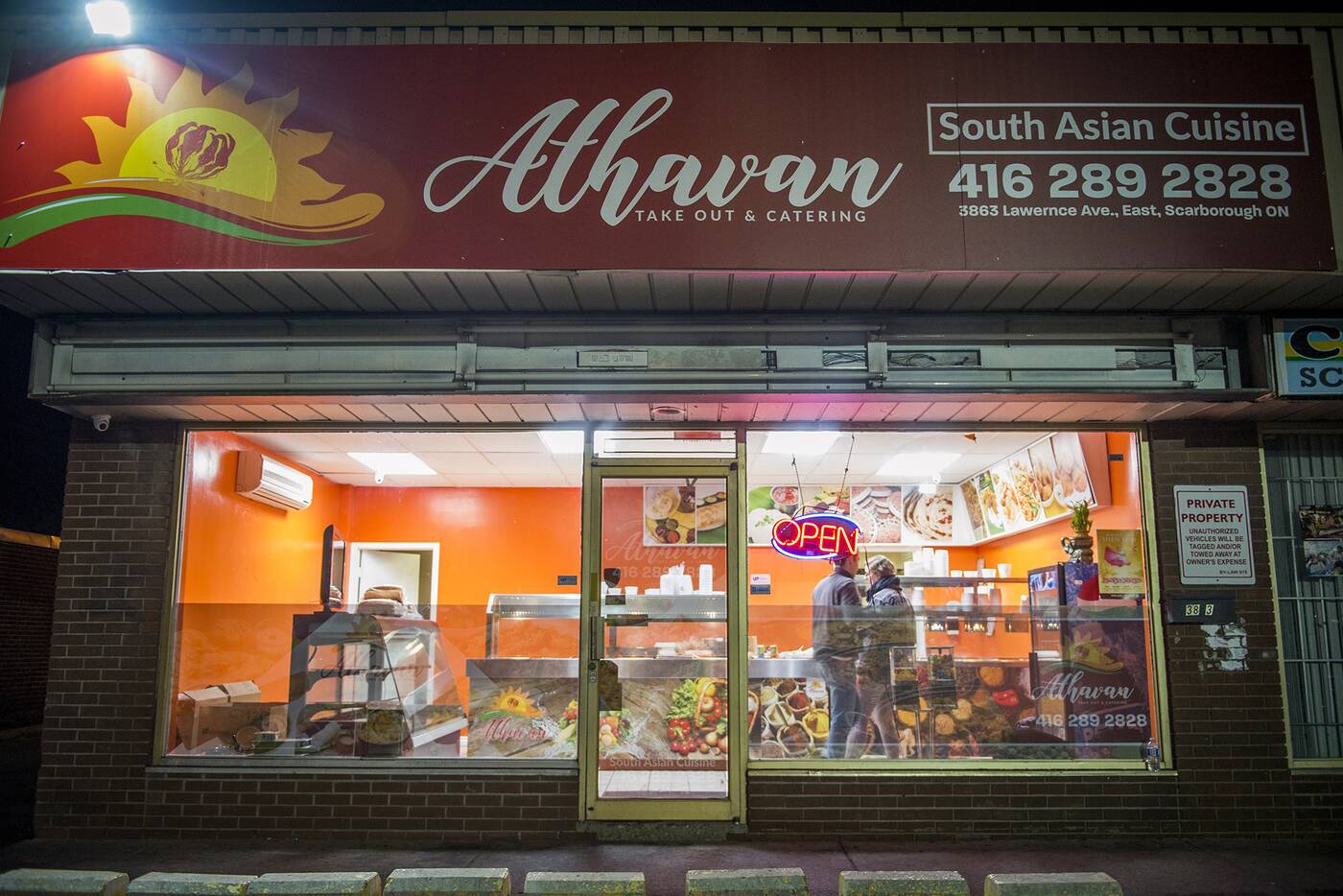