Artisan Plus is a spot for delicious northwestern Chinese cuisine, like hand-pulled noodles and hard-to-find Chinese 'hamburgers.'

Located in Little Tokyo, this brightly lit restaurant is essentially the beta version of the North York restaurant Artisan Noodle. 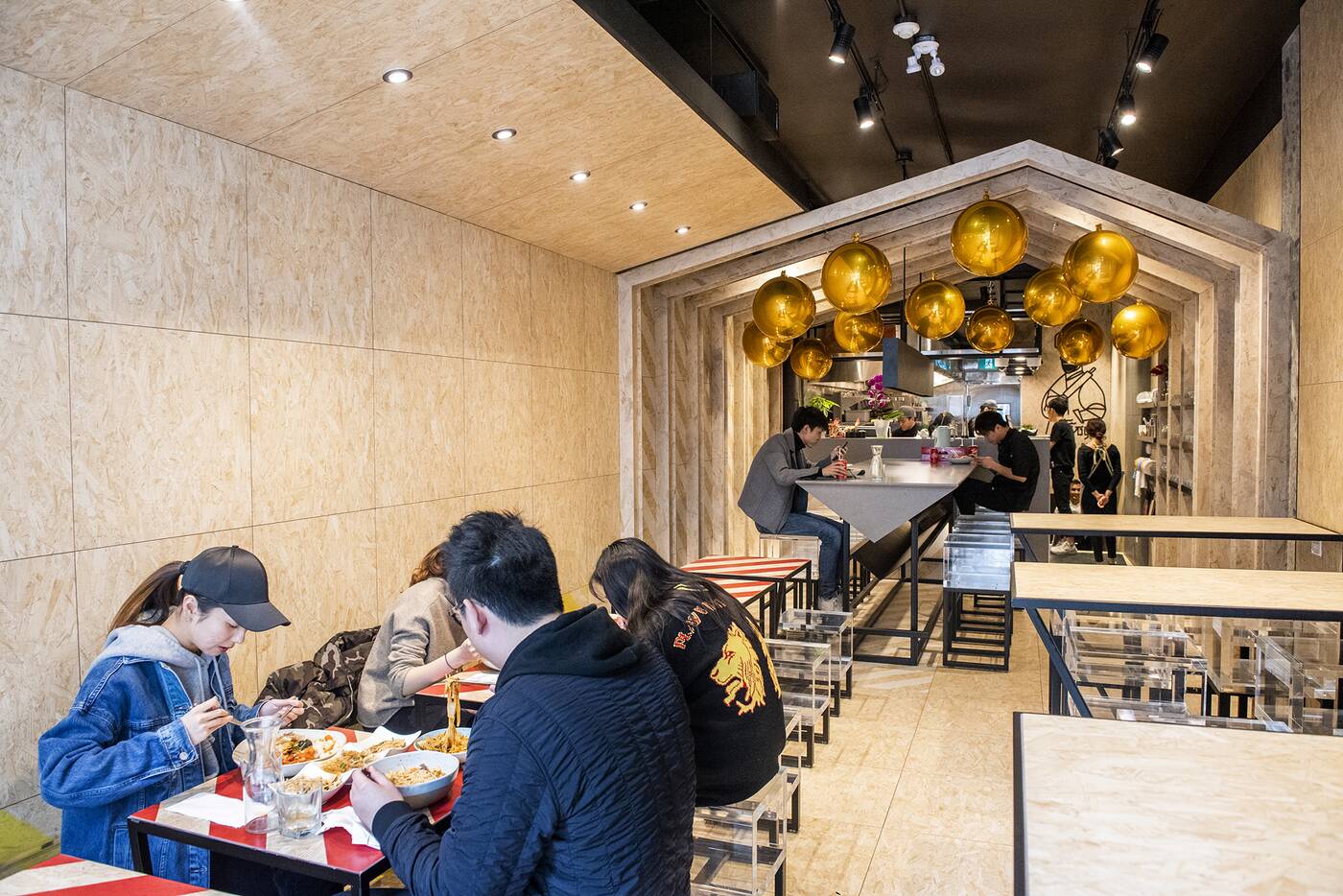 The ambiance is a lot different than the uptown location, which, despite being decked out by faux Yue Minjun art, can be a bit too cozy for my liking (read: a shoebox). 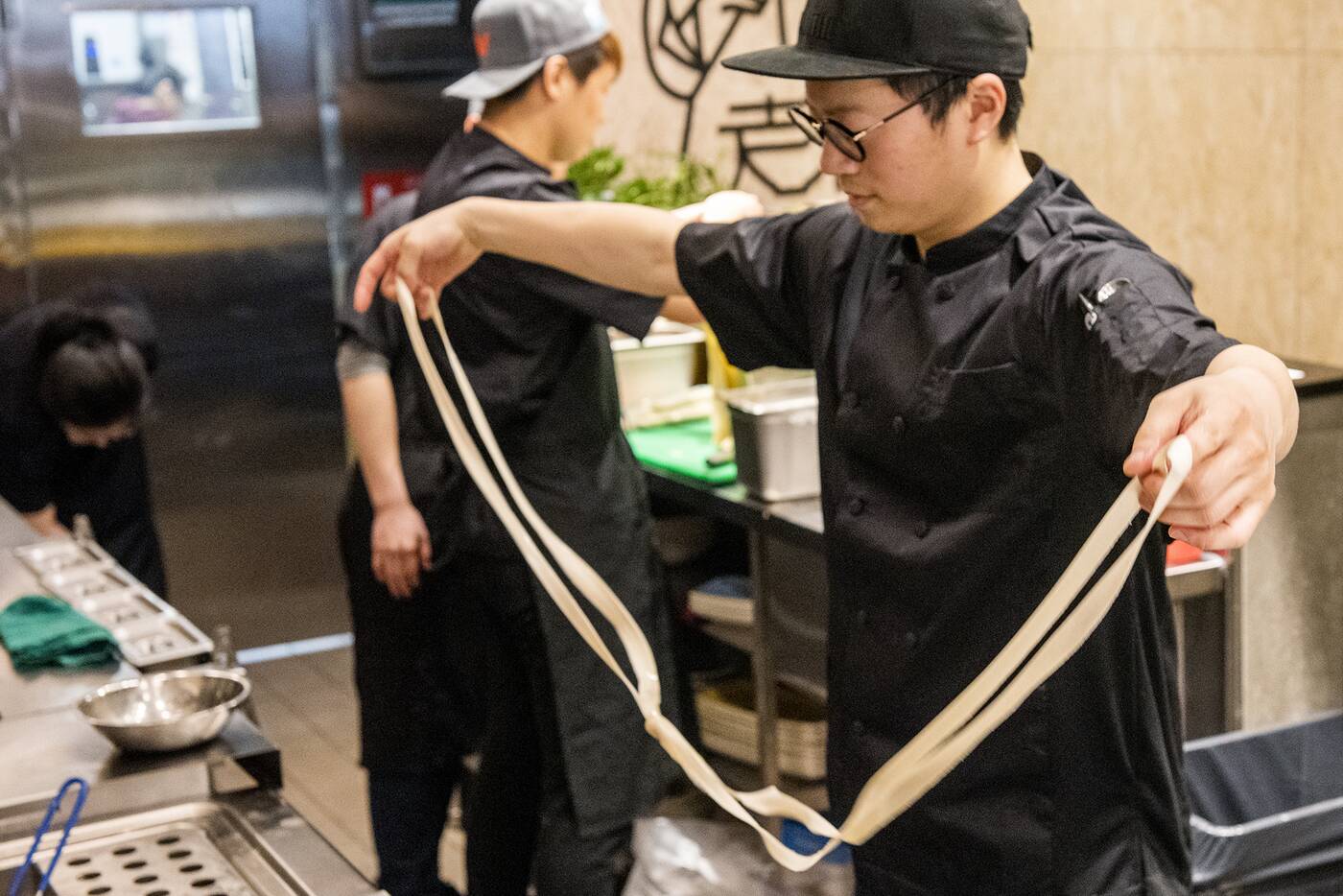 That being said, both menus are mostly the same: specializing in Shaanxi-style Chinese cuisine—where clean soy and vinegar flavours meet light spices—you'll find some of the most popular eats from the Northwestern city Xi'an. 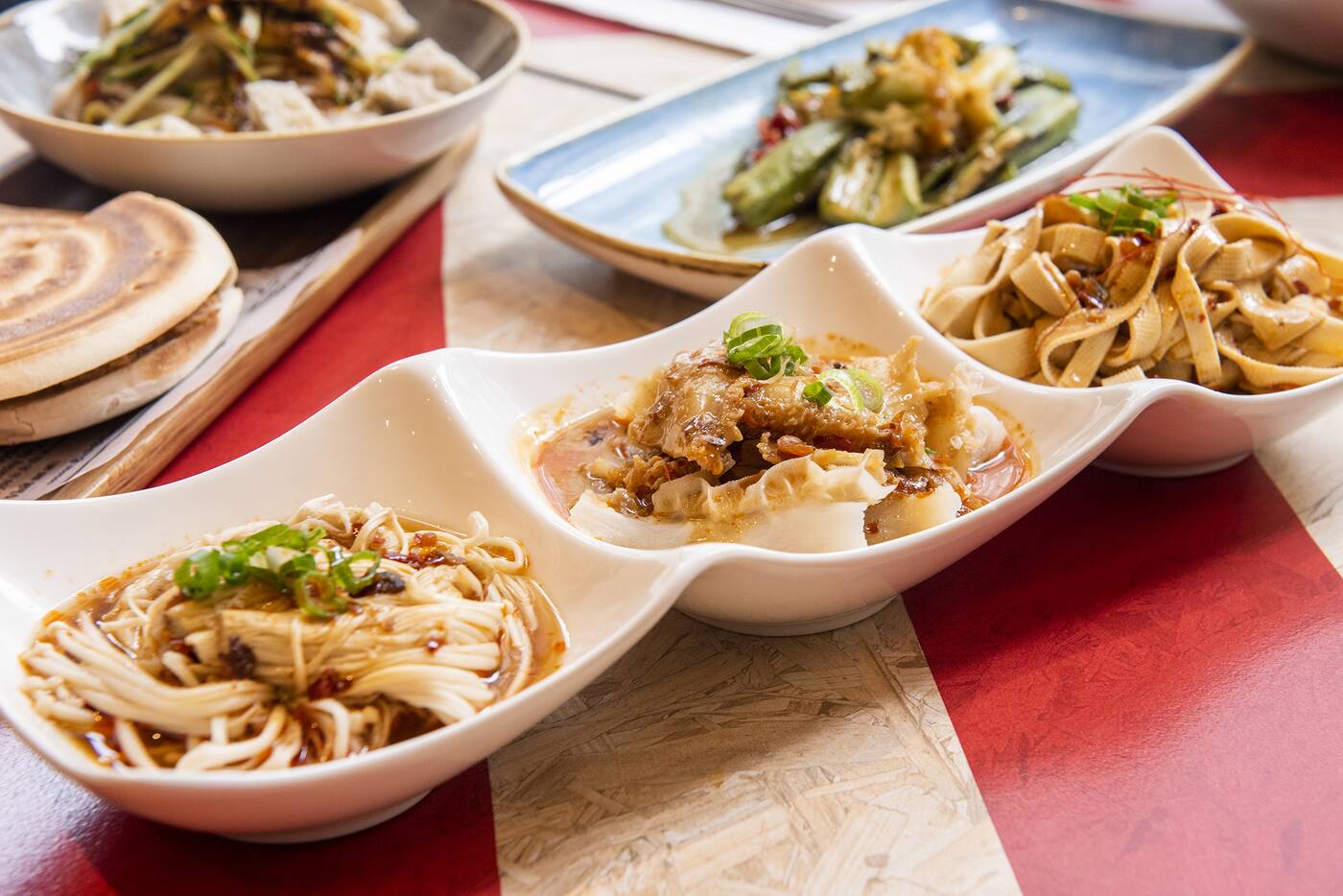 The Shuan Platter ($12.99) is a standard starter at both restaurants. 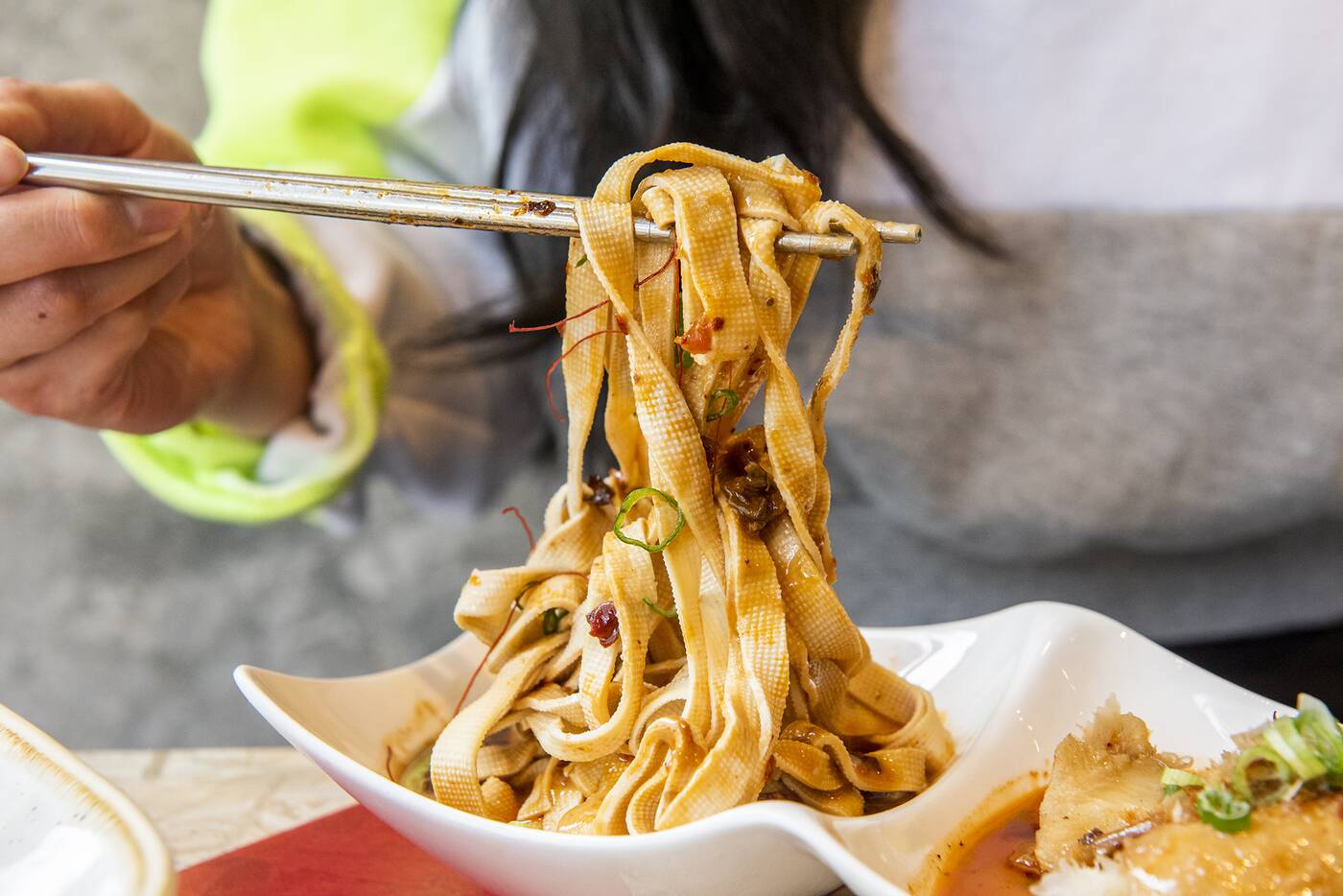 Perfect for sharing while waiting for your meal, this platter of snacks includes a trio of generously-portioned honeycomb tripe, fresh tofu noodles, and delicious enoki mushrooms, made with a mix of peanut and sesame sauces. 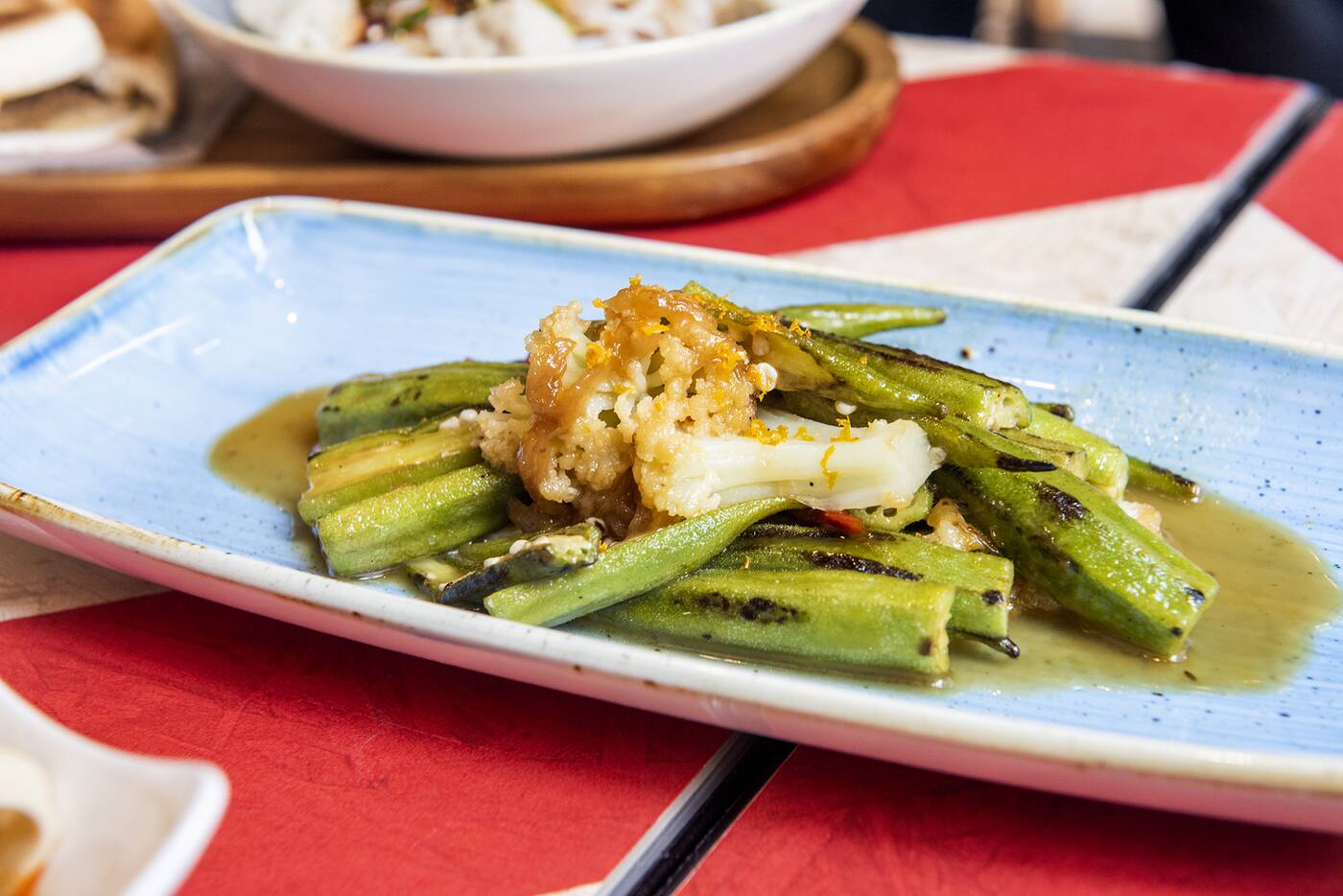 Citrus okra and cauliflower ($8.99) is an addition to the menu, and while not everyone's favourite veggie, is done perfectly with a miso-citrus sauce. 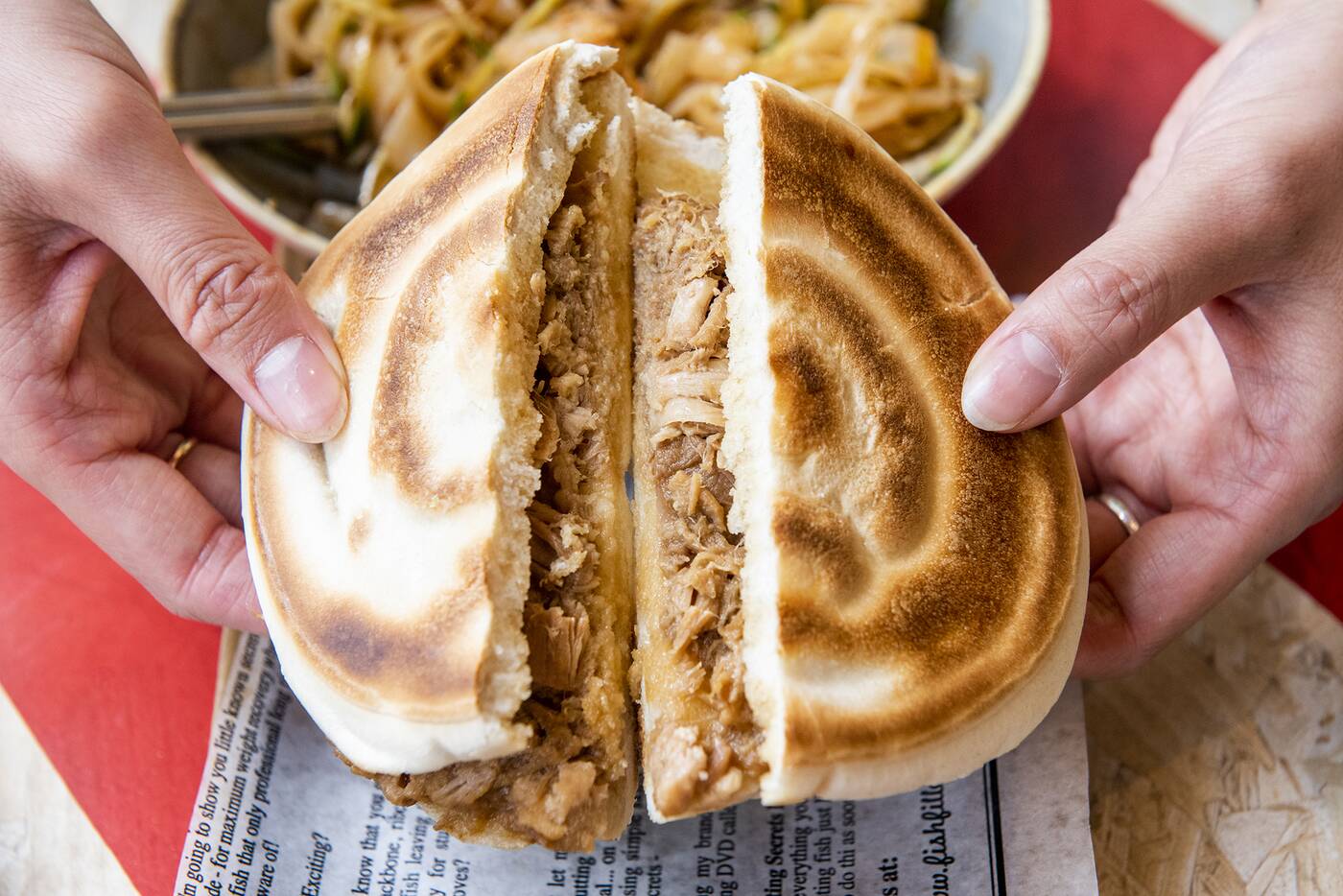 My absolute favourite thing about Artisan is its traditional roujiamo, or just jia mo, which is often described as a Chinese burger. 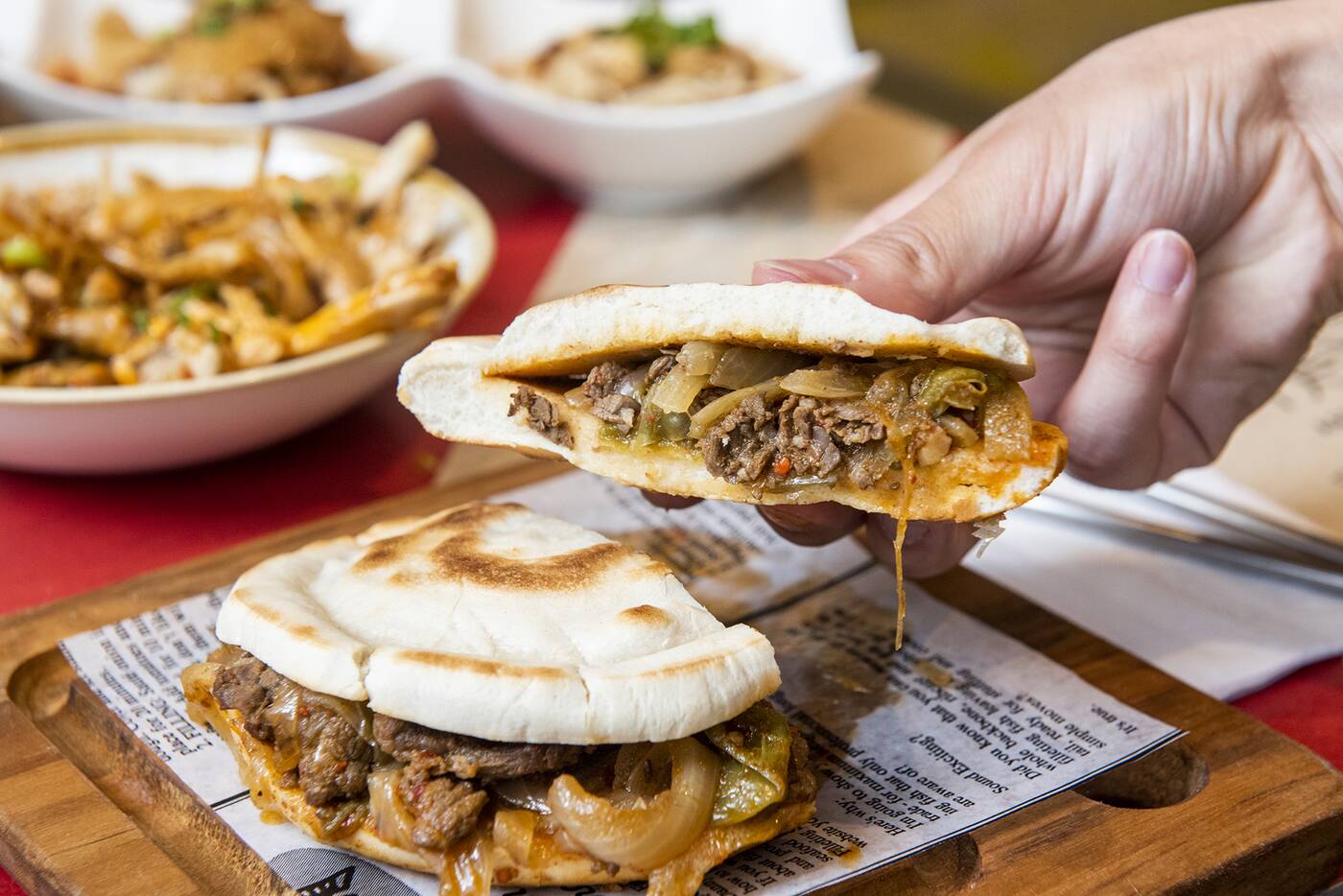 They come with a variety of fillings, like pork or potato ($5.29 each). Only offered at this location, though, is the cumin steak jia mo, sandwiched between slices of thick, housemade bread and seasoned with Japanese manganji pepper. 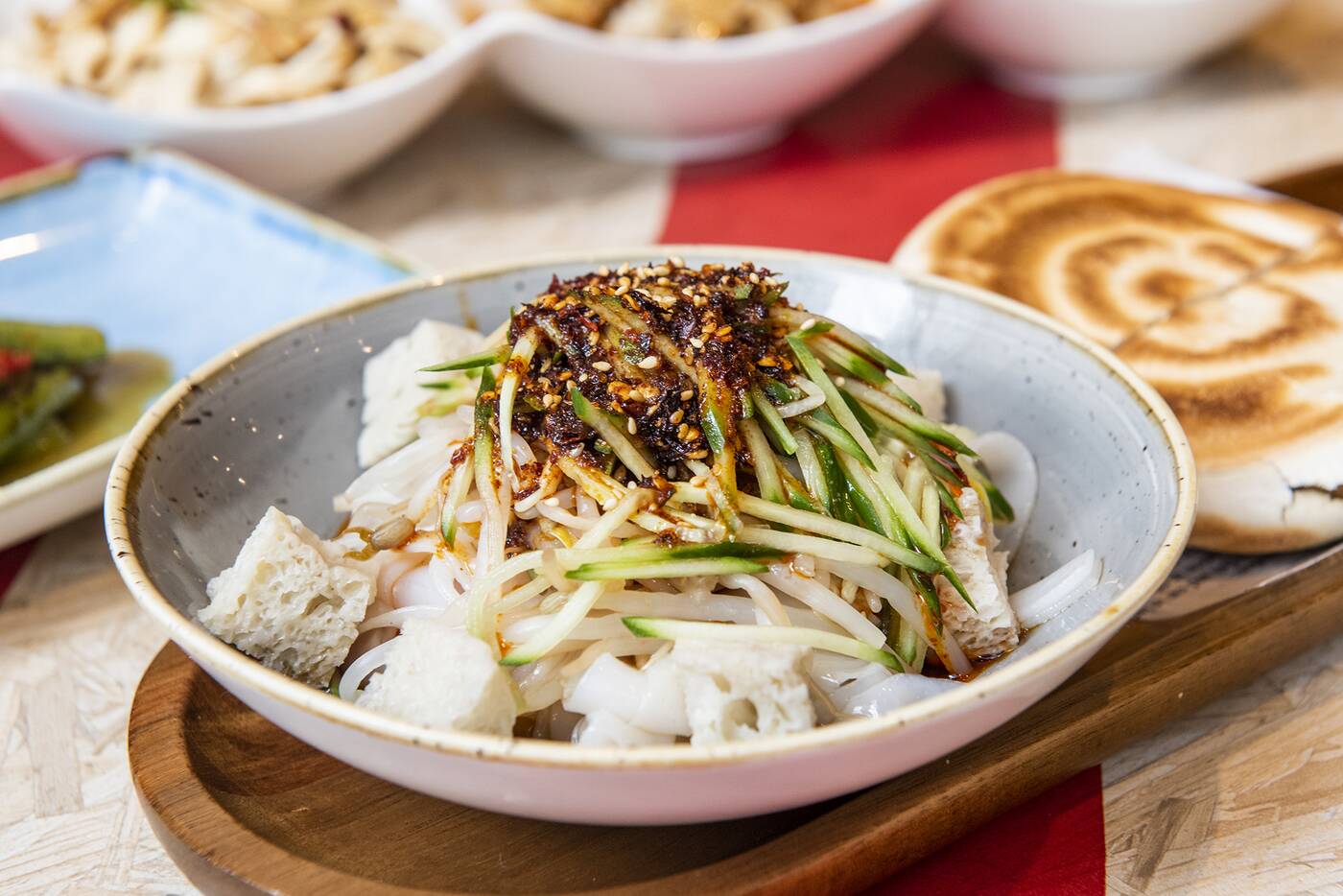 It's an ideal snack, made even better when ordered in a combo: $11.99 with a pork or potato jia mo. Served on a platter, it comes with the bun, a bowl of liang pi (refreshingly chewy cold noodles), and a can of Fanta. 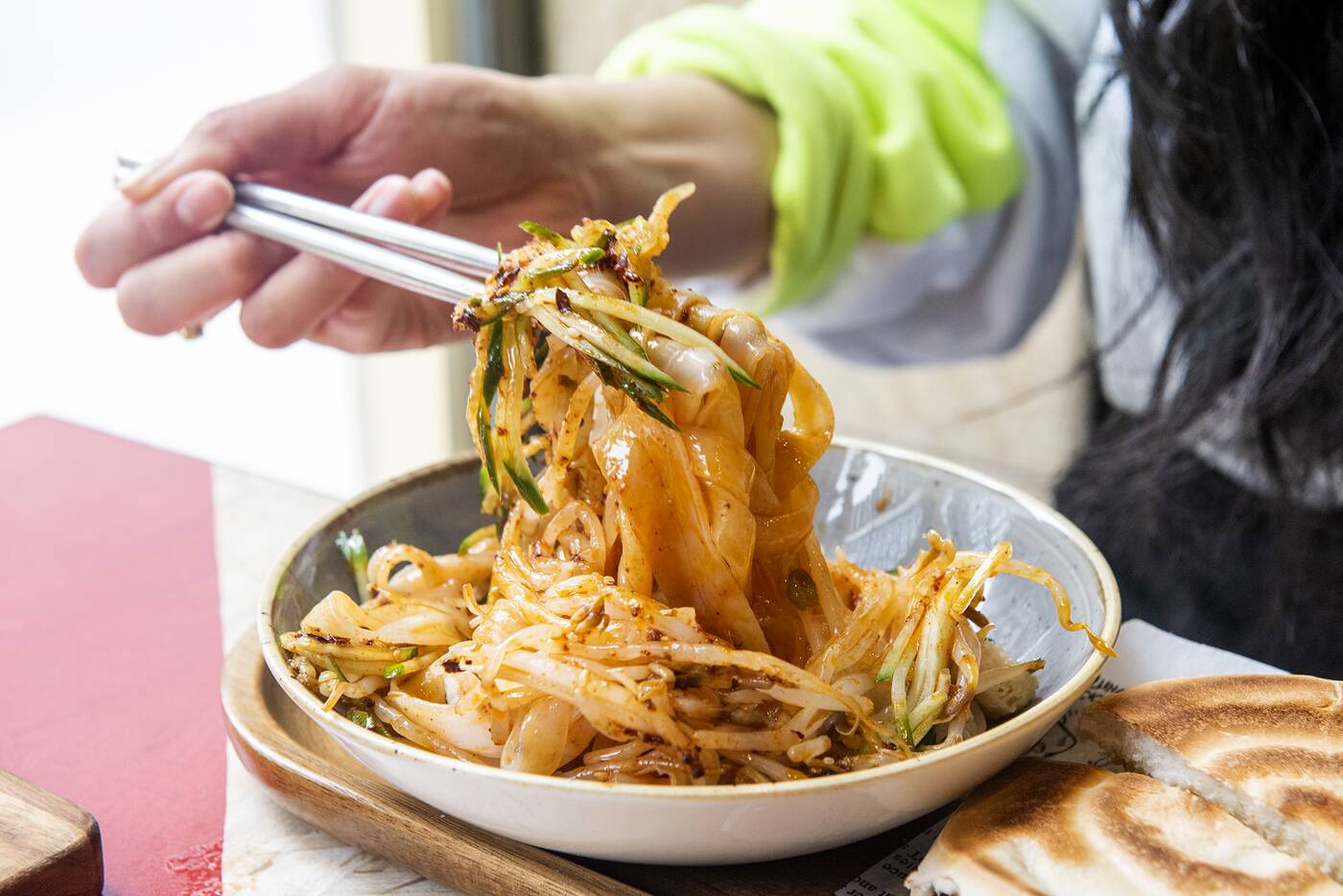 While it might seem a strange choice, the Fanta is actually just an ode to the traditional orange sodas that Xi'anese people of China have been pairing with their food for decades. It's less sweet, and hard to find outside of China, hence the Fanta substitution. 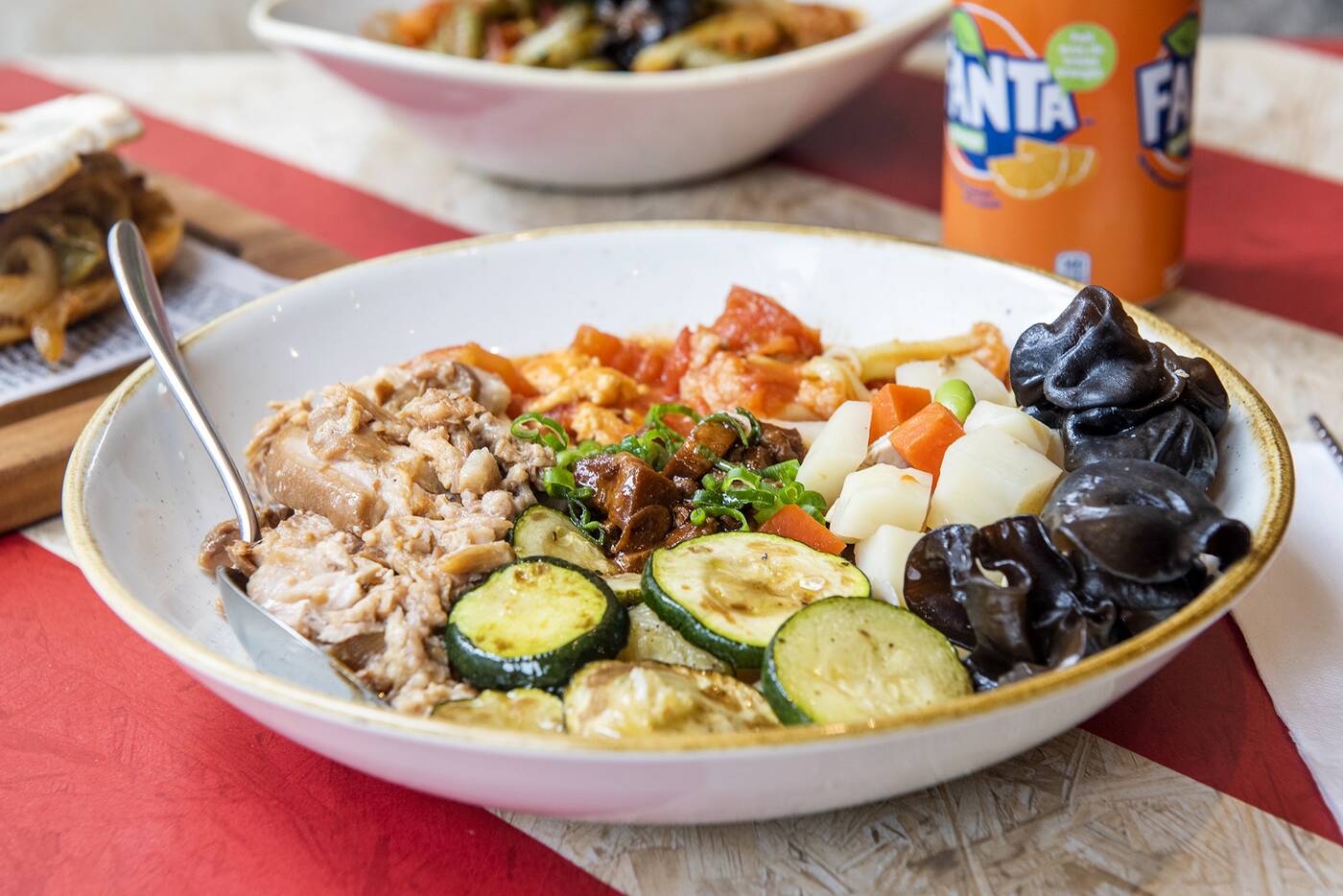 It's not a northwestern Chinese meal without biang biang mian ($13.99). Ribbon noodles made in-house everyday come thick and sitting beneath tomato and scrambled egg sauce and a healthy amount of veggies. 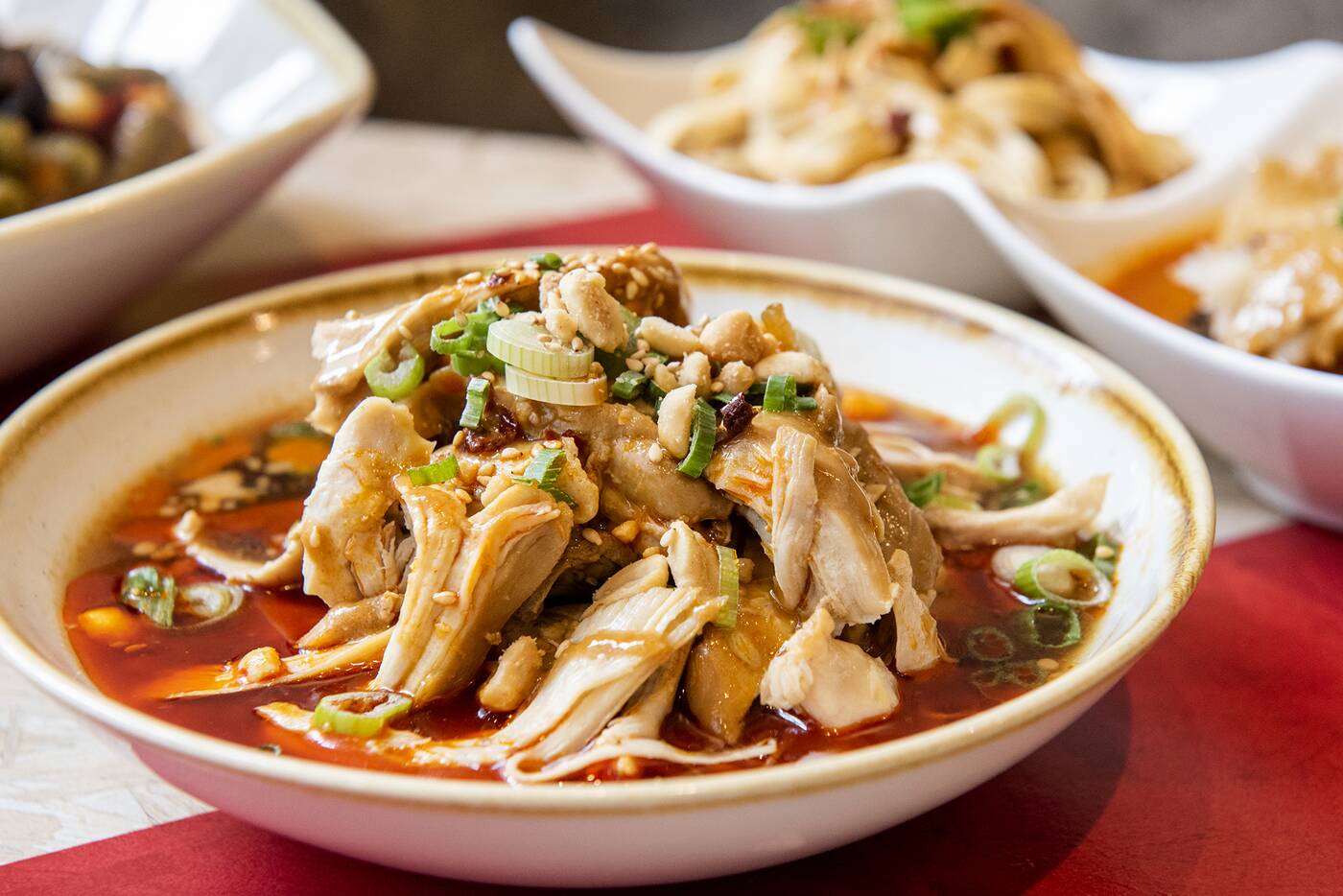 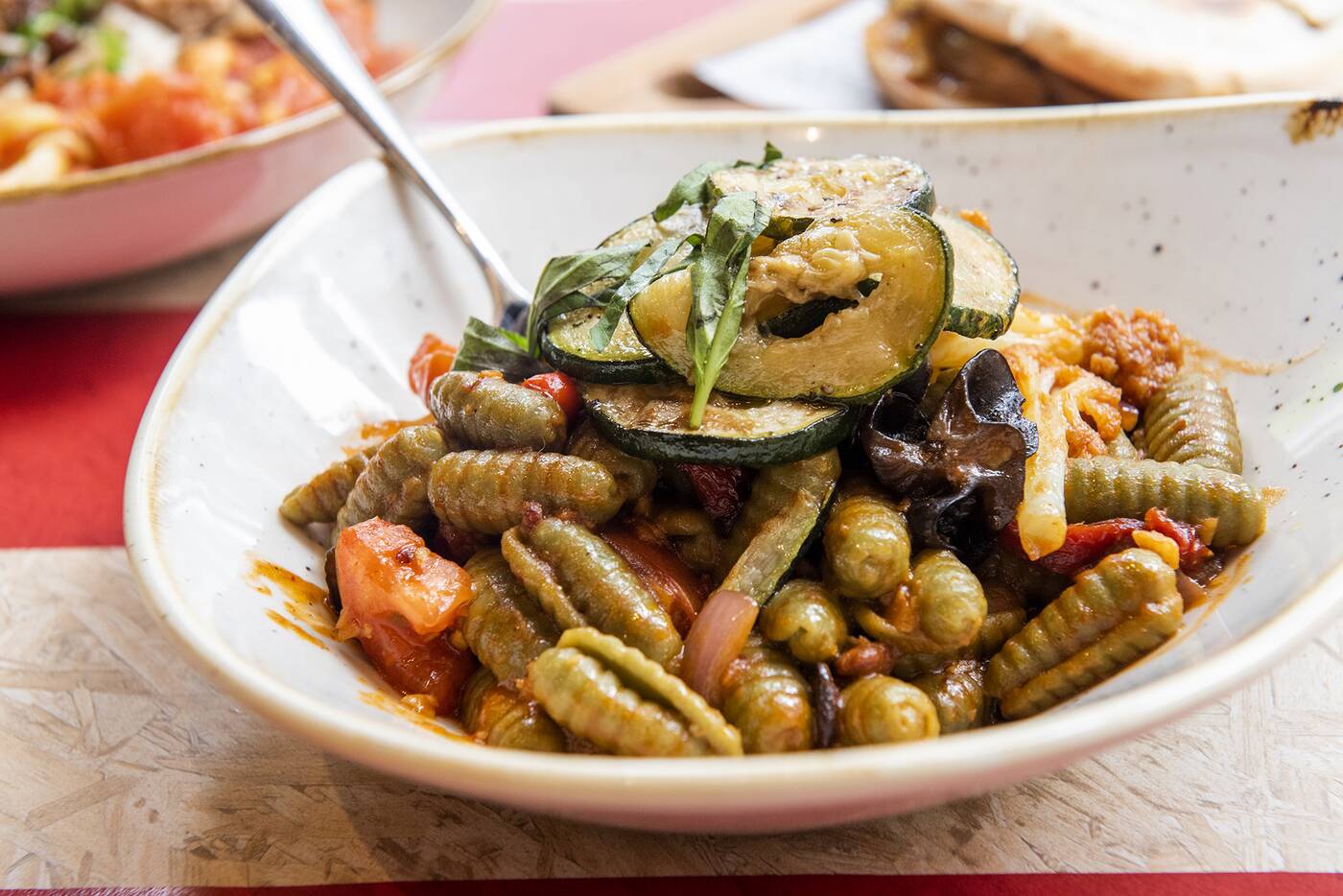 Mashi ($13.99) might look like a take on Italian conchiglie, but these cat's ear noodles are a cafeteria staple in northwestern Chinese food courts and university campuses. They kind of resemble grubs, but it's a super homey dish worth trying.

The Popeye Mashi is made with spinach noodles, and totally vegetarian, mixed with a slew of veggies for a fresh and delicious meal. 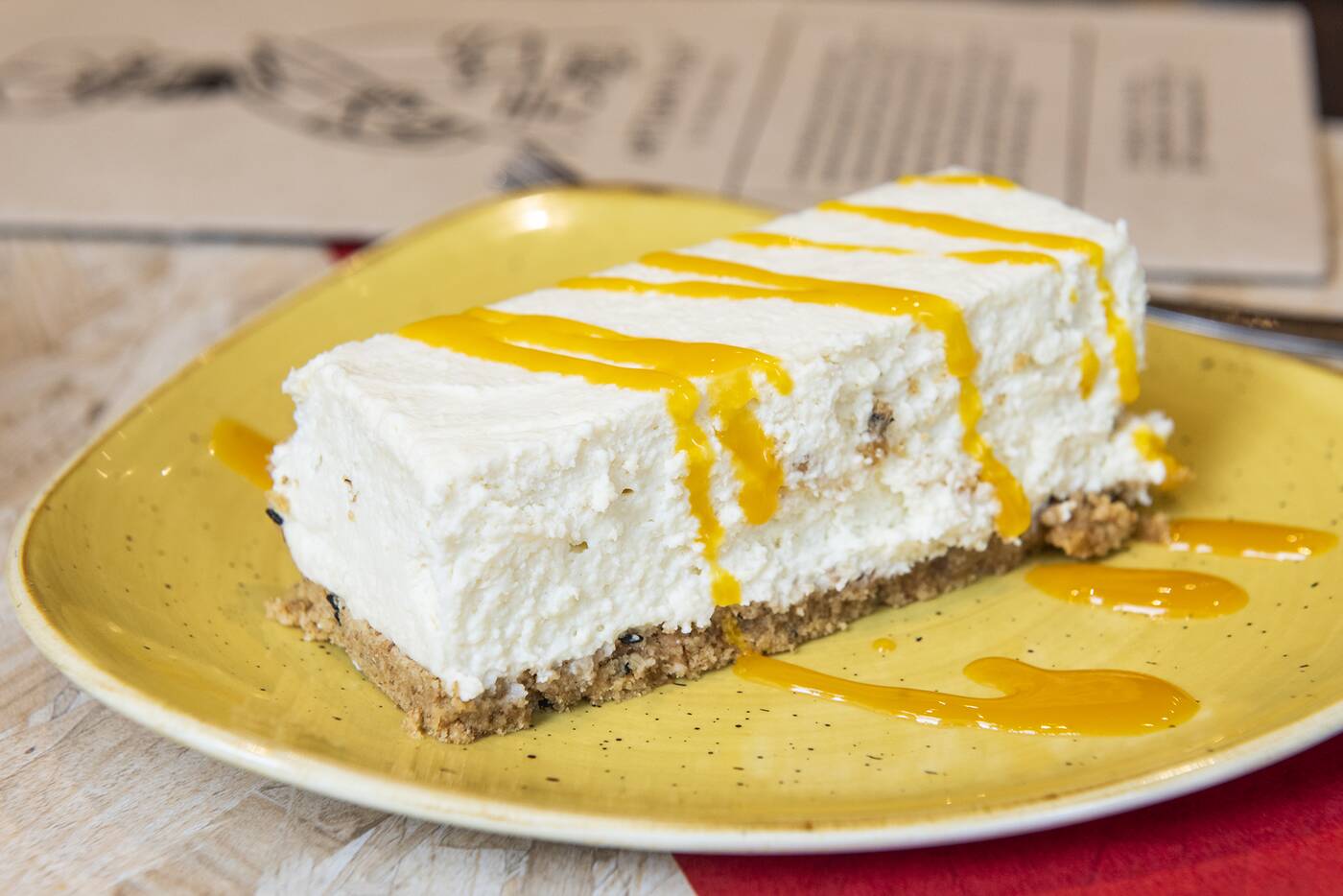 For dessert, a light and fluffy tofu cheesecake ($7.99) comes drizzled with mango sauce. 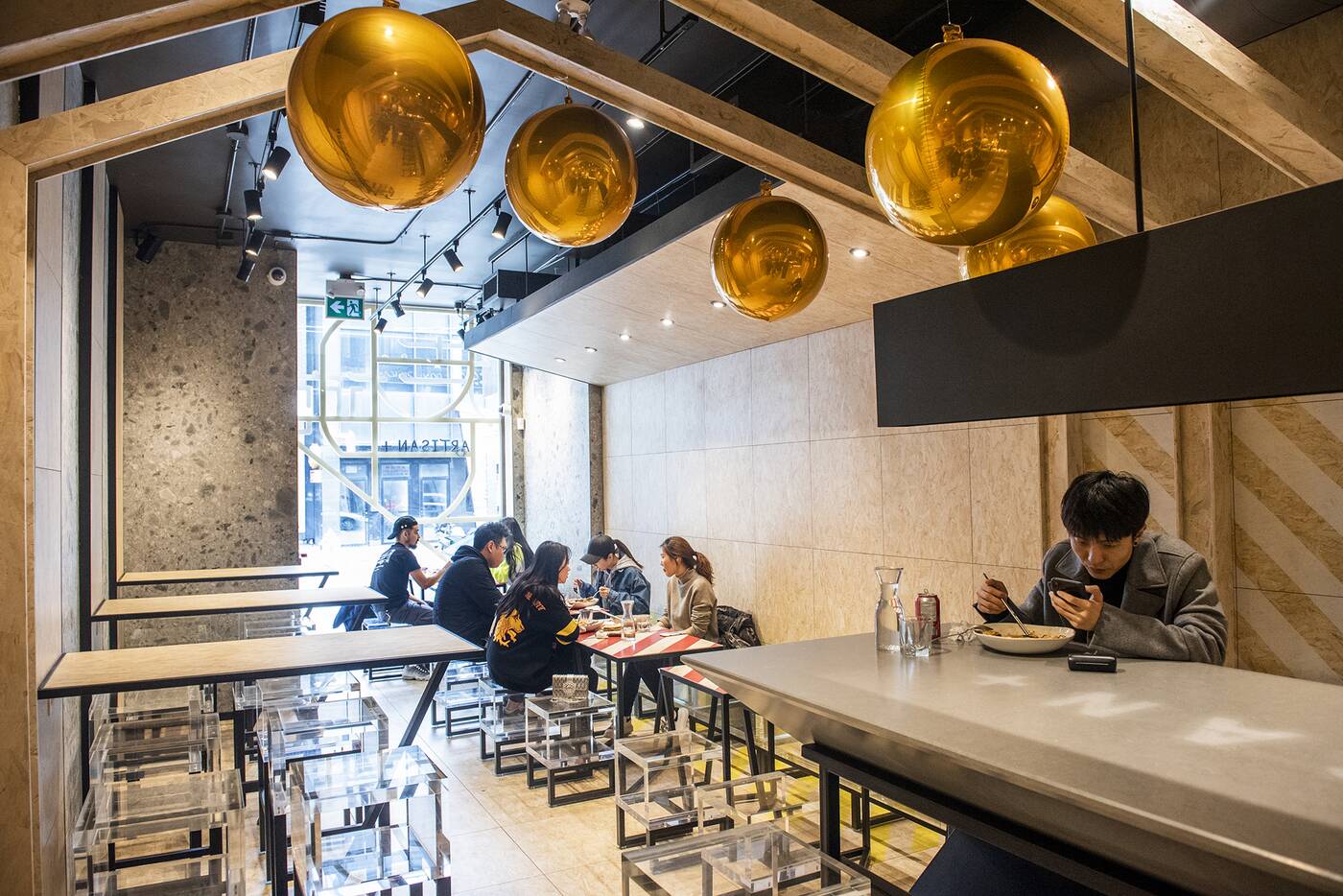 The original Artisan Noodle has been a favourite since it opened in 2016 (unsurprising, given how good the food is), but Plus delivers on a bigger, prettier space to enjoy it in. 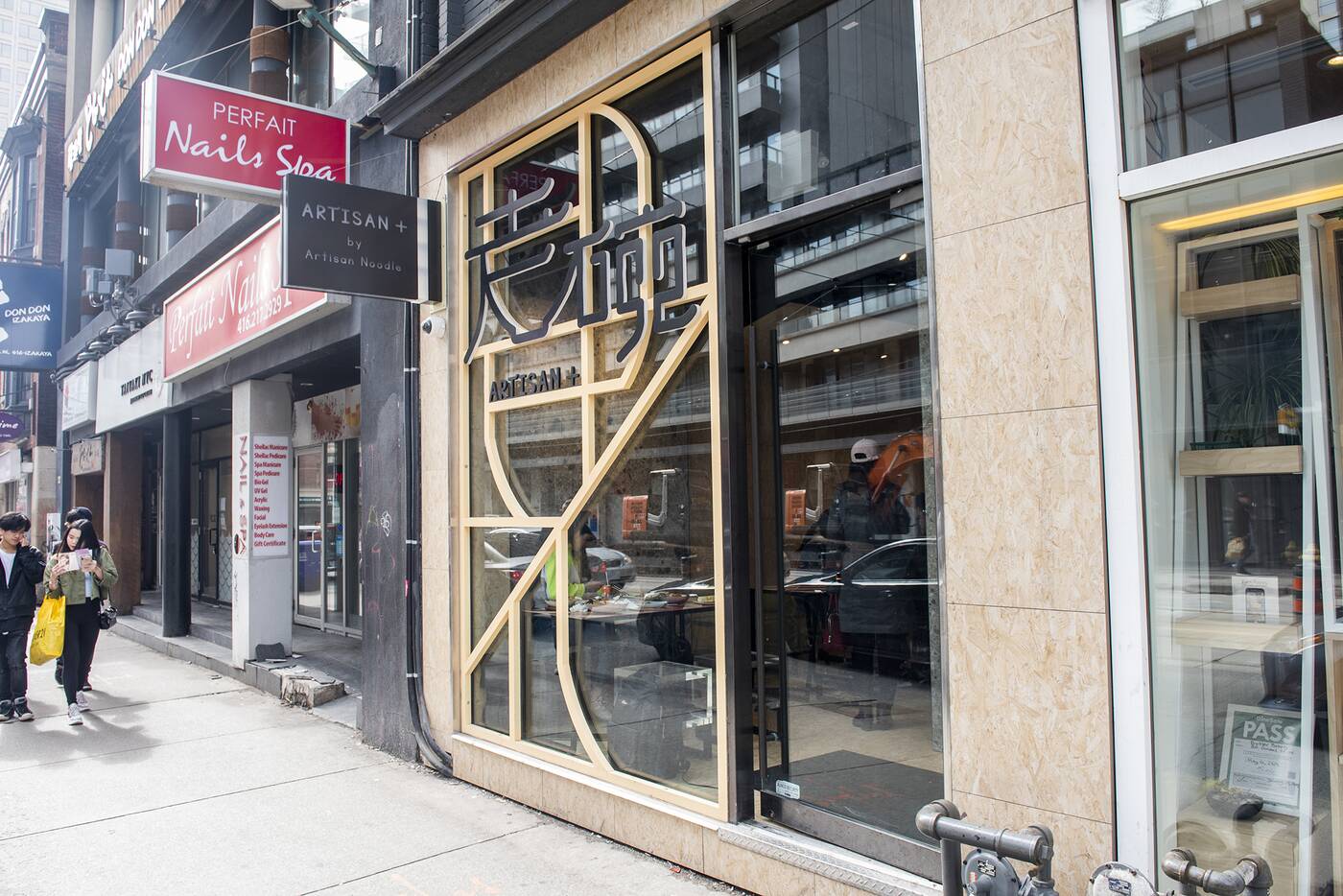