Artisan Noodle is where those in the know go for Shaanxi-style (Northwestern) Chinese cuisine in North York including authentic versions of the noodles and buns the cuisine is well-known for. 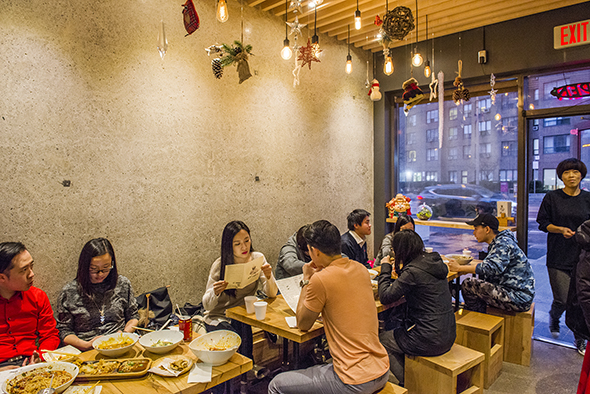 Owner Henry Yang's space is tight and definitely not for large crowds. 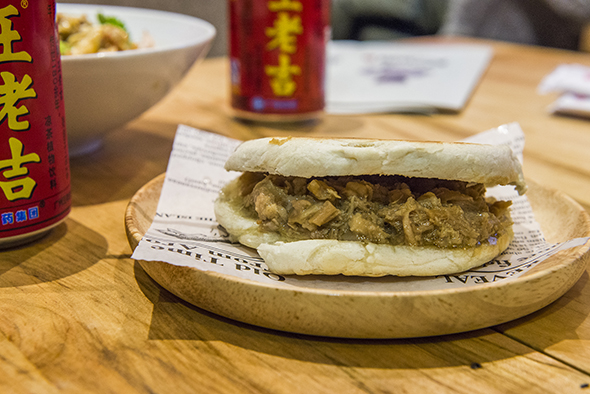 I start with a Pork Jia-Mo ($3.99), often referred to as a "Chinese hamburger." Artisan's version is hands down the best I've ever had. The secret no doubt lies in their use of pork belly (as opposed to regular pork meat) inside the buns. It's a juicy, fatty, and flavourful good time. 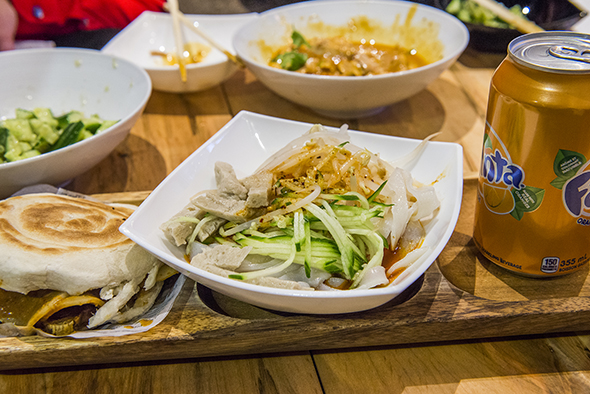 I also try the Xi'An Combo ($8.99), named after the capital of the Shaanxi province. Consisting of a slightly sour cold noodle dish, a Jia Mo (I get the potato version this time), and an orange Fanta, this dish is a good representation of the street food found in that city. 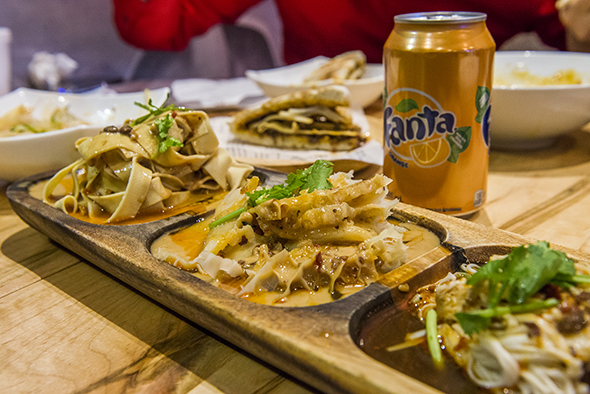 For those who prefer something a bit lighter, try the Shuan ($9.99). It comes as another combo-like dish, this time consisting of fresh tofu sheets, tripe, and enoki mushrooms doused in a homemade sauce. 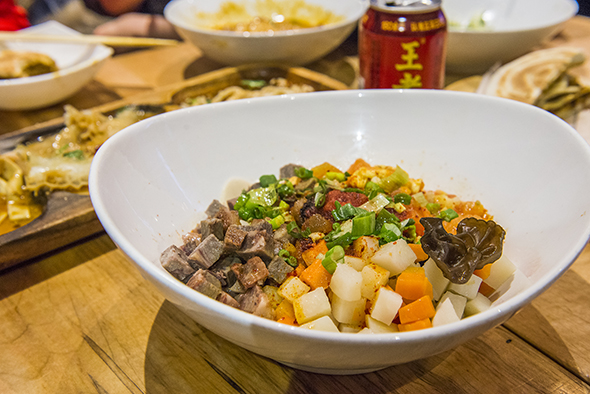 The signature dish at Artisan is undoubtedly the Yo Po Biang Biang Mian ($9.99) - thick, freshly handmade pulled noodles adorned with stewed beef cubes, seasoned vegetables, and finished with a flourish of garlic, ginger, and chili oil vinaigrette. It's as much a feast for your eyes as it is for your tastebuds. 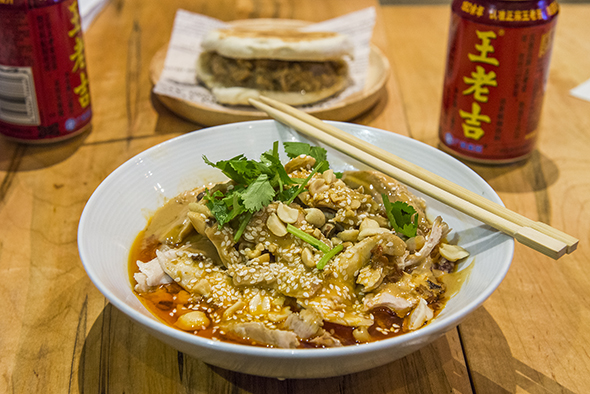 Also worth trying is the Chishan Mian ($8.99) - a sour and spicy soup. The thin and firm noodles pair well with the spicy broth. 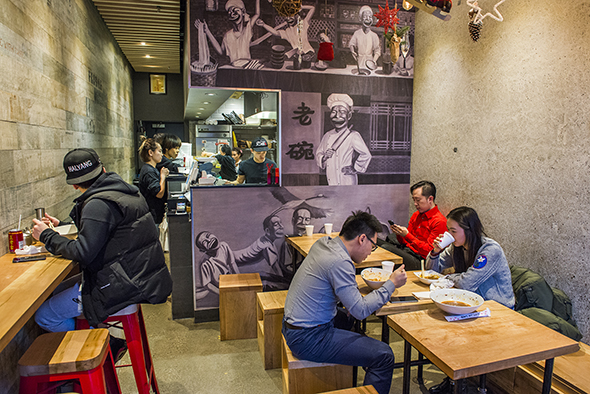 If you're looking for excellent ethnic Chinese cuisine that's slowly gaining popularity in Toronto, make sure to drop by here. Since seating is limited takeout is also a good option. 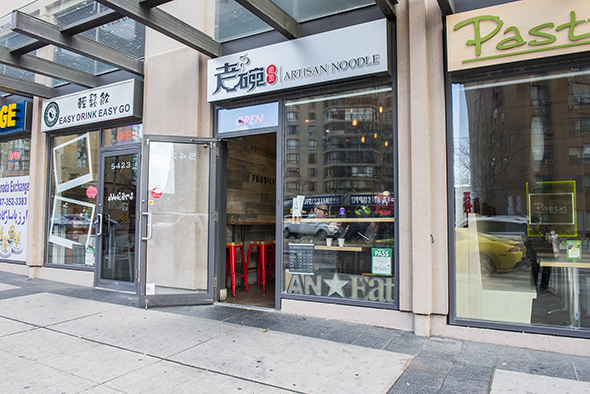 Posted by Darren "DKLo" Susilo. When not writing for blogTO he can usually be found tweeting here or pressing words into this blog. Photos by Hector Vasquez.