The Annex Live sees some pretty slow Mondays. Entering with a group of hungry friends, I was surprised to be the only patrons in the shiny, streamlined dining room. Forgoing the loneliness of sleek black tables and an empty stage (home to local jazz bands other nights of the week), we opted for the sunny back patio, a bright oasis tucked behind the dark bar.

Although most dishes on The Annex Live's menu read like mains, a coy note at the bottom reminds patrons that all selections are appetizer-sized. Now, finding ways to get recession-weary diners to spend more seems like a bad idea to me, but I believe that whatever the economic climate only two things justify asking patrons to dig deep for each dish: 1. call it 'tapas' and 2. make damn sure it's good. The Annex Live doesn't take either approach, but does temper the financial sting by offering a Prix Fix menu. With choices of Watermelon or Mixed Greens Salad, Yukon Gold Gnocchi or Egg Yolk Tagliarini, Roasted Sea Scallops or Cornish Hen, plus a selection of premium ice creams, the $25 Prix Fixe provides variety and good value, prompting most of us to order it. 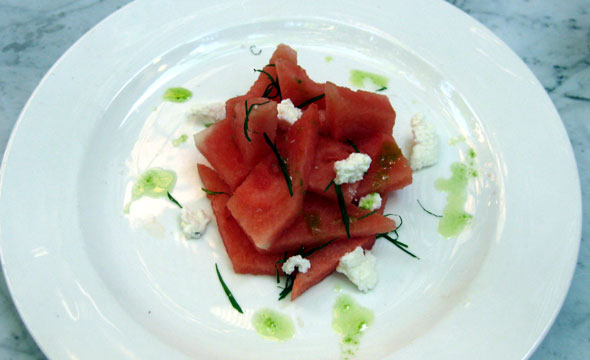 Our dinner begins on a low note. Watermelon in the Watermelon Salad is too mushy and bland to pair it with a ricotta that bears the same description. I had assumed the mint and jalapeno infused oil would provide the necessary kick, but jalapeno is barely-there, and the mint cannot carry this dish alone. Seeking but never finding that flavourful bite, I find myself wishing the chef had a taken a cue from The Globe's Sebastian Centner and spiked this dish with punchier feta and balsamic instead. The Mixed Green Salad is similarly mild, verdant and fresh with a hint of citrus, but noticeably lacking in zing. It's alright, but as one of my dining companions says, it could use something else. I believe that missing something is called flavour. 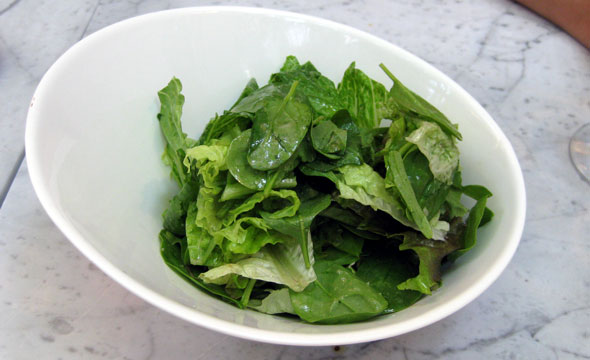 Before all is lost, the next round arrives, redeeming both hopes and palates. Although swimming in oil, each bite of the Yukon Gold Gnocchi is so tender and cheese-toasted we forget about the appetizers, suspending conversation and digging in to the feast of sweet starch, roasted red peppers and sharp cheddar. 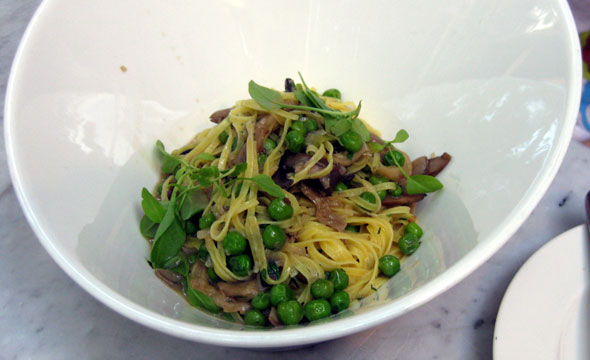 Egg Yolk Tagliarini is even better, the soft noodles rich with deep mushroom, and snappy with garden-fresh peas. Our hopes once more afloat, we look forward to the third round. 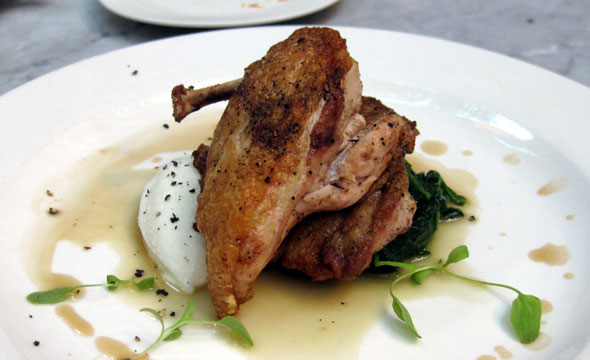 The Cornish Hen meets our desires, crispy crust and tender flesh contrasting nicely with a tangy side of salty goat cheese. If only the Roasted Sea Scallops were so tasty. There's no band playing tonight, but the scallops are so cold and undercooked I wonder if this is how the "live" got into The Annex Live's name. Nestled in a flavourful, but texturally questionable pool of cauliflower puree, the cool, near-raw scallops are a huge disappointment. Strangely, the sultana vinaigrette--an odd choice for scallops and cauliflower--is the meal's only redemption. One or two decent bites, however, are not enough to save this dish, or to allay my fears that the undercooked scallops will make me sick later (they don't). 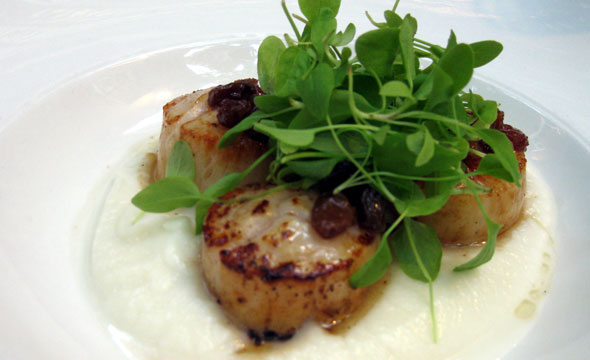 In the end, we determine that a meal at The Annex Live is like a great jazz standard played on an off-key saxophone: the good parts are inspiring, but the squeaks and skipped beats are cringe-worthy. Clearly The Annex Live has some idea of what it takes to make a hit--perhaps they just need a little more practice.