Anchor Bar (Hamilton) is currently open but their offerings and services may be affected due to the pandemic. Please contact the business directly for more information about any changes. Is this your business? Please contact us if you would like to update this message.

Anchor Bar is a landmark restaurant in Buffalo, NY that has recently expanded north of the border, though not quite to Toronto just yet. The first location, and the subject of this review, is in Hamilton. But with another one planned for our fair city later this year, I thought it worth offering a sneak peak of what to expect by trekking out to Steeltown.

If you are a dedicated chicken wing connoisseur, then you've probably already made the pilgrimage to Buffalo at one point or another. If not, the Hammer shaves off half that trip; just be warned that it'sa confusing place. 2 King Street West, for instance, happens to be next to 116 King Street West. Ah yup, welcome to Hamilton.

Anchor Bar recently usurped the previous tenant 'Waltz Live Music', which occupied the corner of Jackson square for close to a decade. According to legend, the owners of the original location, Teressa and Frank Bellissimo , created the first Buffalo style chicken wing on March 4th, 1964. Pride runs deep at this family institution. And with a James Beard award under their belt, all the boasting, rest assured, is quite warranted.

On the menu there are many interpretations of the mighty chicken wing, whether it be stuffed into pasta, infused in soup, slipped into sandwiches or turned into lollipops. There are also smoked meat sandwiches, rack of lamb, tabouli and chick pea salad. By all means indulge in this fare, but just make sure to also get the wings. 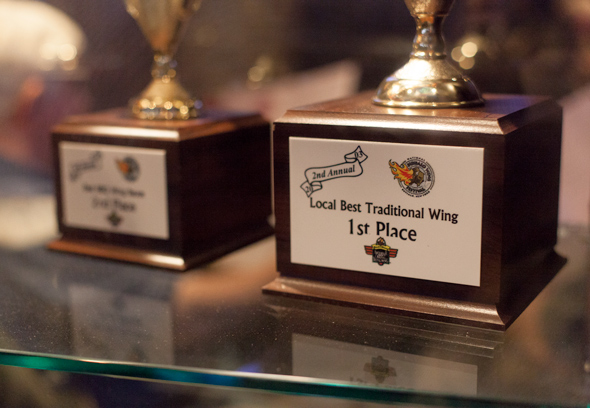 While the original Buffalo restaurant is showing its age, this one month old Hamilton hotspot is pristine. Highlighted by a massive California Redwood bar, the interior is rather posh compared to its predecessor. Exposed brick ads a layer of coziness, and the rope knot lighting is a subtle nod to the restaurant's nautical name. Dotting the walls are the customary vanity licence plates, autographed pictures of pseudo celebrities (Trish Stratus eats wings! Gasp!) and chicken wing nostalgia, including a trophy case filled with their many various awards. 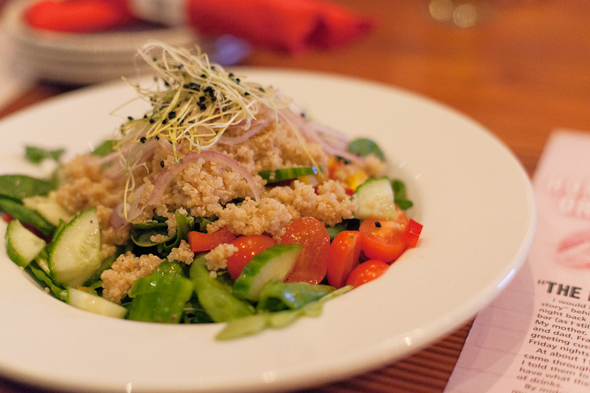 Preparing for an onslaught of grease and dietary misery, we start with the healthy and impressive Quinoa salad ($10.99). Cucumber, sliced cherry tomatoes, chunks of red peppers, slivers of red onion rest atop a pile of arugula and spinach. A crown of grainy quinoa adds a good amount of crunch, and the sprouts brighten the dish up. 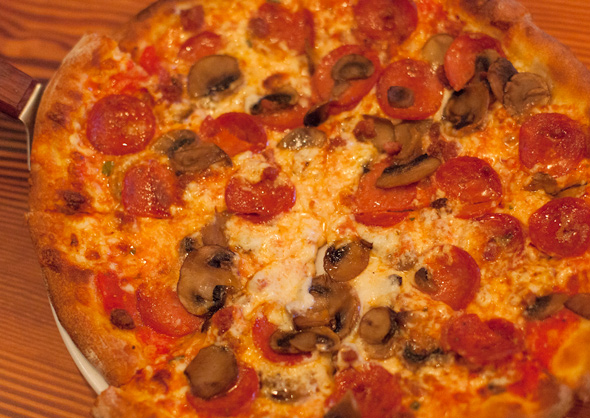 Normally I'd stick to wings, but with their Italian heritage and a toasty wood burning oven I felt obligated to try the Canadiana pizza ($12.99) with mushrooms, pepperoni, and salty double smoked bacon. The crust was thin and bubbly, barely containing the greasy cheese and generous toppings. Not bad for a wing joint.

Chicken wings come mild, medium hot, spicy hot bbq, and suicide for an extra $.99 or all in with the 'Abandon Ship' for an extra $1.99. That's right, no honey garlic. We snagged a single order (about 8 wings for $11.99) of hot and medium, which comes with a pile of celery (What? No carrots!) and a ramekin of creamy blue cheese. 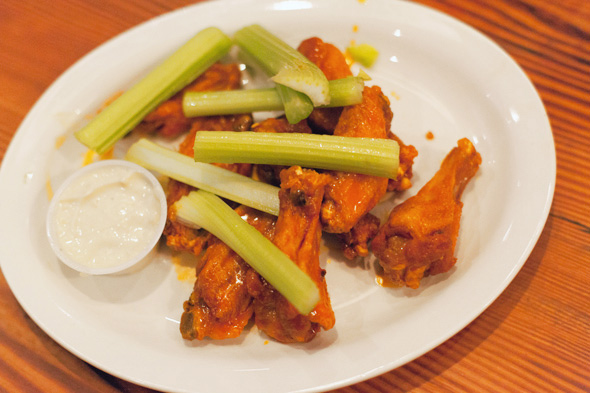 Crispy yet moist on the inside, the wings were off the charts. The flats pull apart easily, resulting in an eruption of greasy deliciousness. Although the sauces weren't spicy enough (hot is more like medium, and medium is more like meh) the buttery aftertaste completed the finger licking experience. 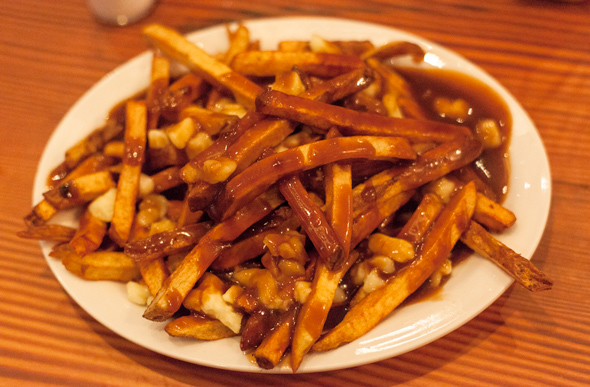 A side of poutine ($7.99) is a soupy mess. The gravy to cheese ratio is completely off, but as an American chain, this foreign delicacy must be hard to master. But, hey, even bad poutine can still somehow be good. 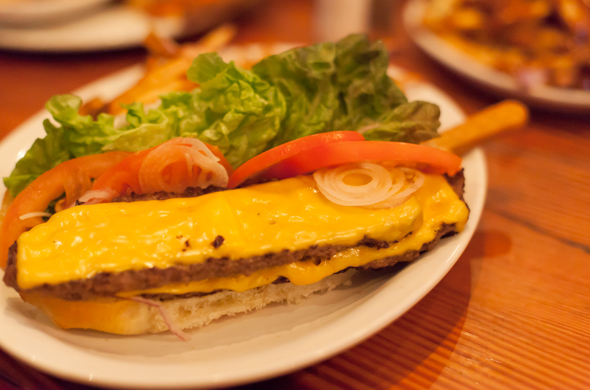 One, however, should completely avoid the Anchor burger ($12.99). Served on a hoagie style submarine bun, cheap Kraft cheese slices are slathered atop a rectangular doubled up burger patty with an uneven smattering of red onions, tomatoes, lettuce, and a mixture of two sauces that should never go together: chipotle and hollandaise. Maybe this was supposed to be a joke, or perhaps it's actually popular south of the border.

But I should have taken my own advice and just eaten more wings, so who cares about the burger? If you're headed to Steeltown (Copps Coliseum anyone?), these are amazing wings and well worth a pit stop. Or you could just patiently wait for the onslaught of franchises to occupy the city, Five Guys style. 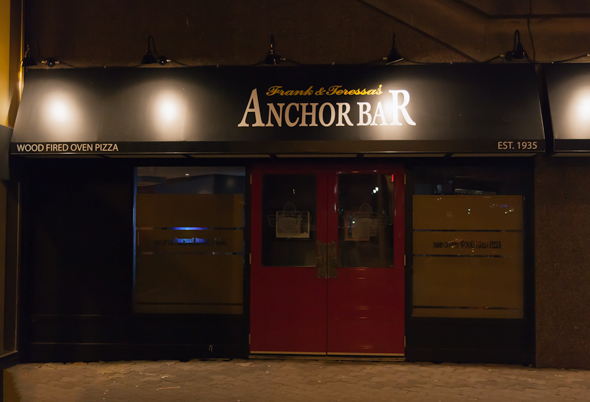