Alma + Gil are open for takeout orders. Masks are optional and hand sanitizer is at the counter.

ALMA + GIL is a brunch cafe and grocery store that got its start as a kombucha business named after chef Gerry Quintero's grandparents, Alma and Gilberto.

Quintero started making his homebrewed kombucha in 2018 while working at the vegan Mexican restaurant, Rosalinda. During the pandemic, at which time he also started doing local produce delivery, around 60 orders were coming in every day. 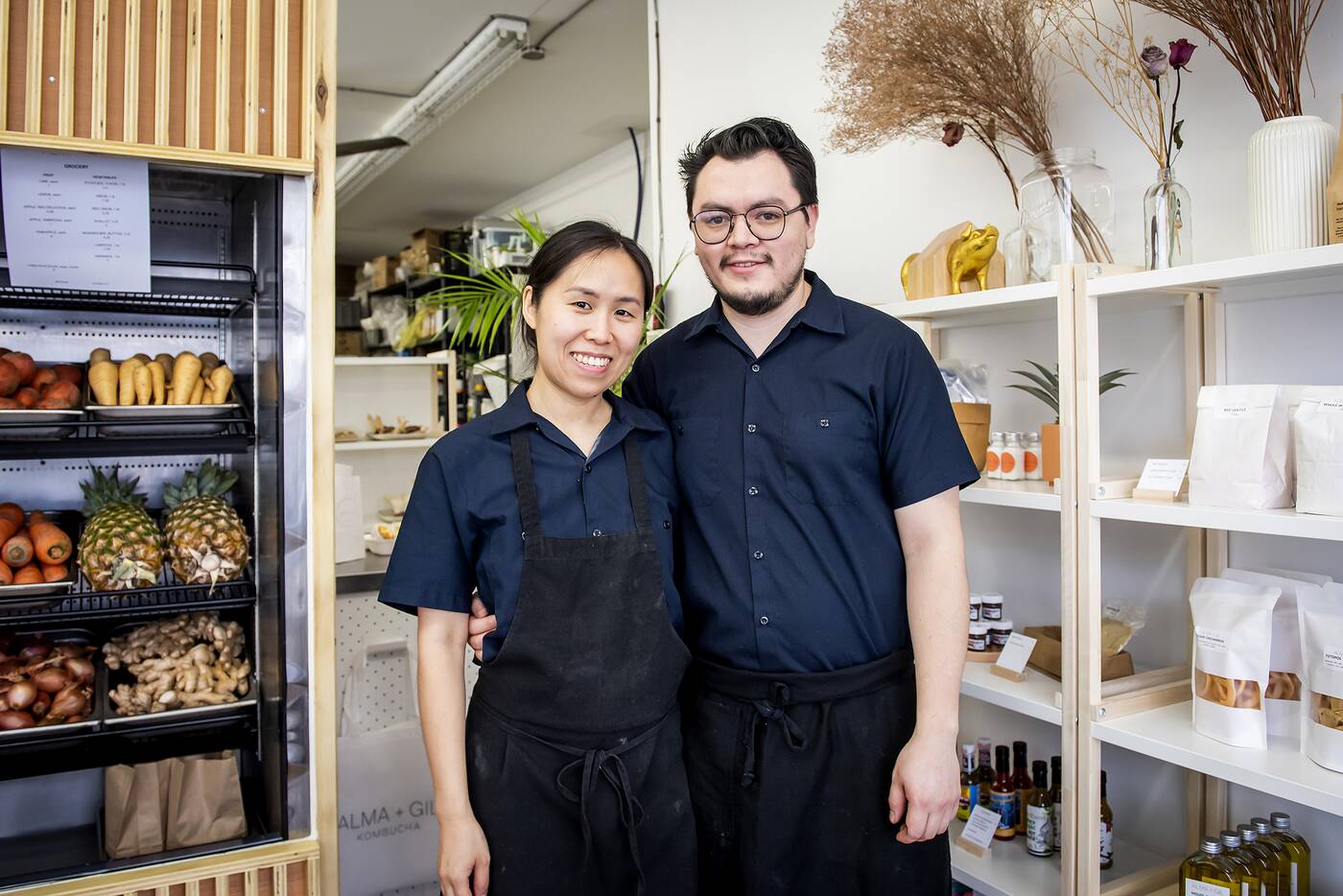 By the following summer, Quintero was doing weekend brunch popups at Hot Black Coffee, alongside his longtime partner chef Mandy Sou. The pair, who have about 35 years of chef experience collectively, met each other while working at the now-closed A-OK Foods. 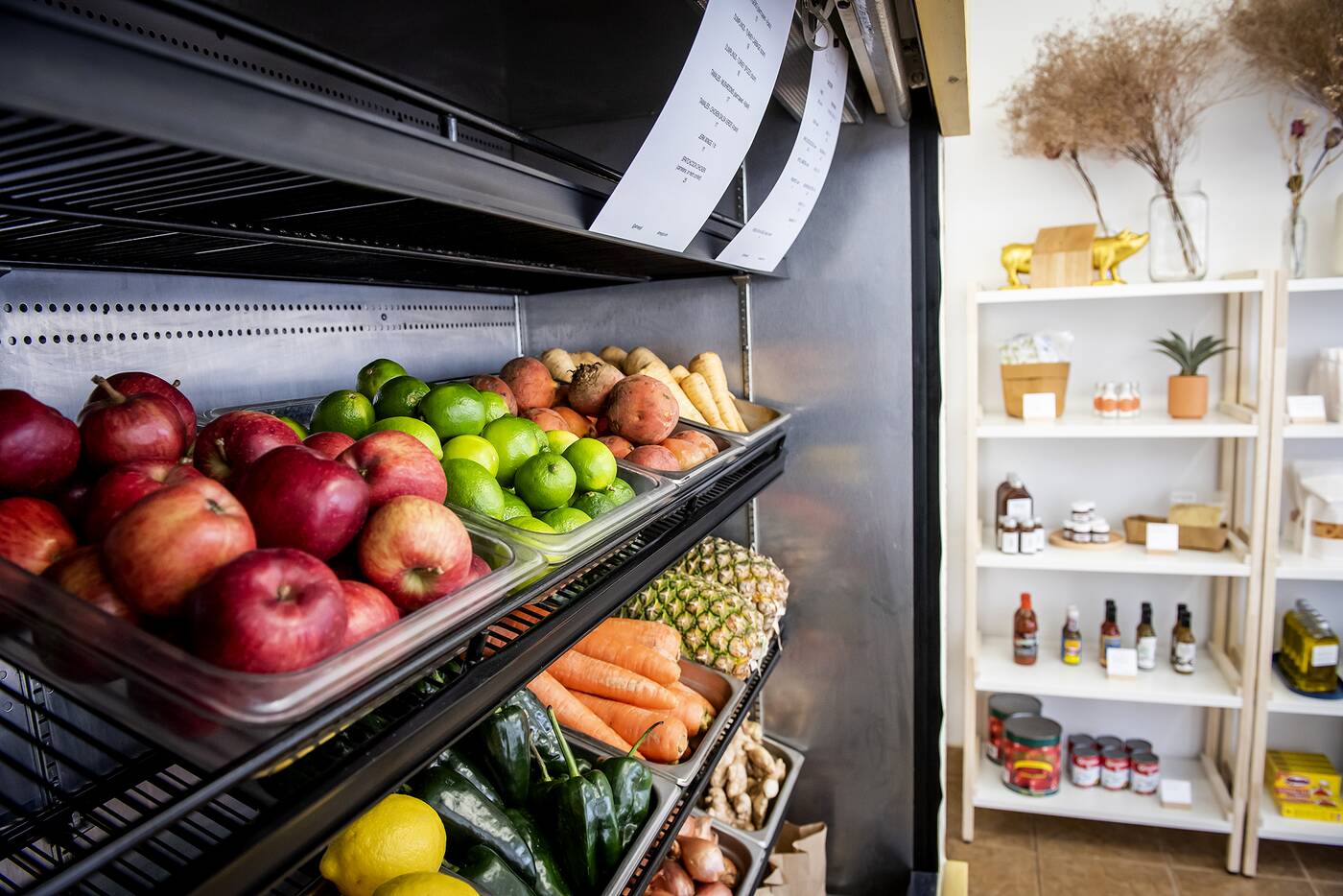 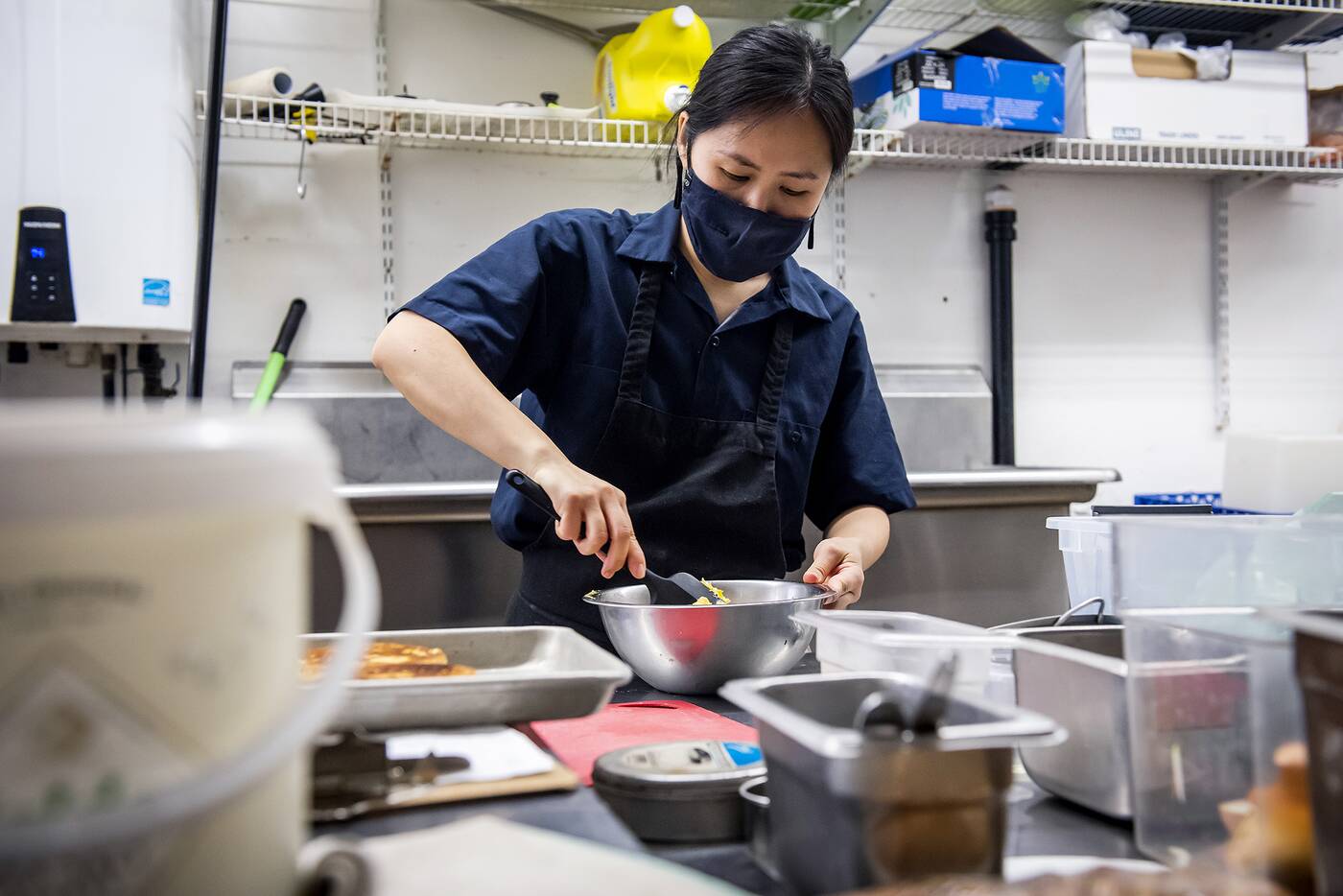 Nowadays, they whip up a brunch menu from their physical location in the Junction Triangle neighbourhood that has kombucha on tap and a selection of produce to help knock some things off the ol' grocery list. 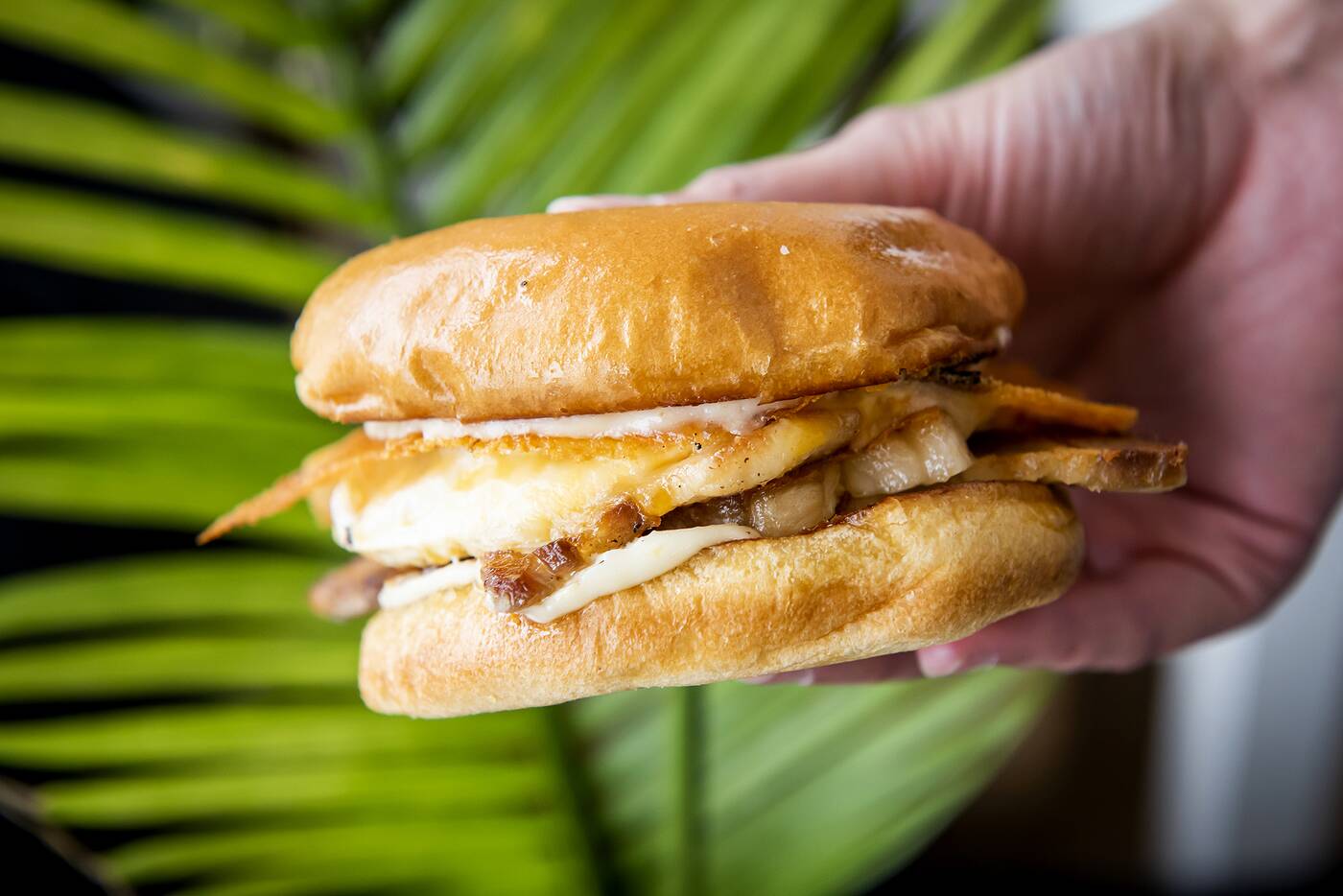 You might recognize the pork belly breakfast sando ($12) from Hot Black, it was the first thing they ever added to the menu.

Although pork belly might sound a bit heavy for the morning, the sandwich is well worth it. The soft bun, tender pork, melted cheese and mayo combo makes for a delicious, albeit messy meal that's known for drawing in repeat customers. 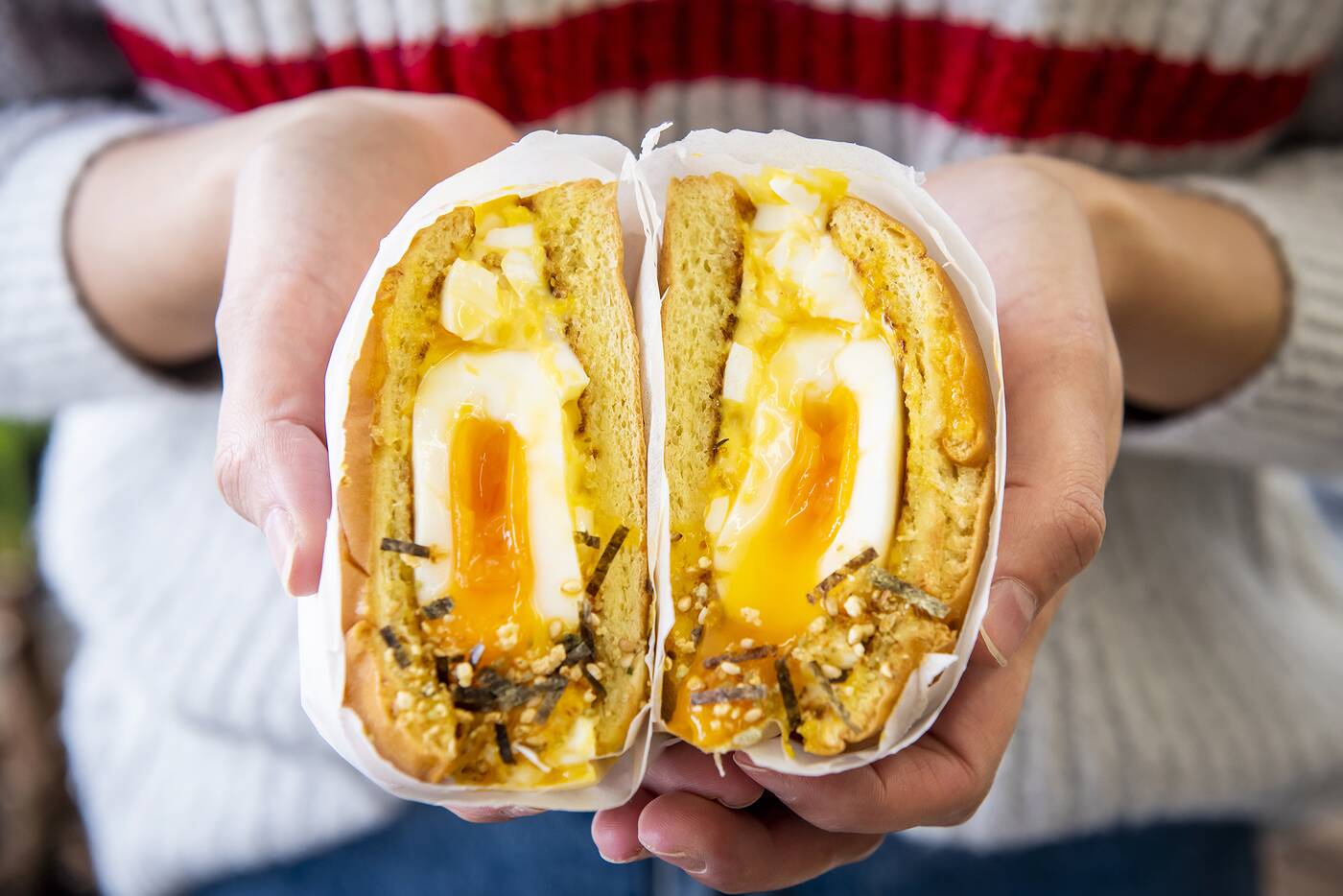 The egg sando ($12) is made like a Japanese-style egg salad with a rich, buttery egg filling and furikake seasoning. 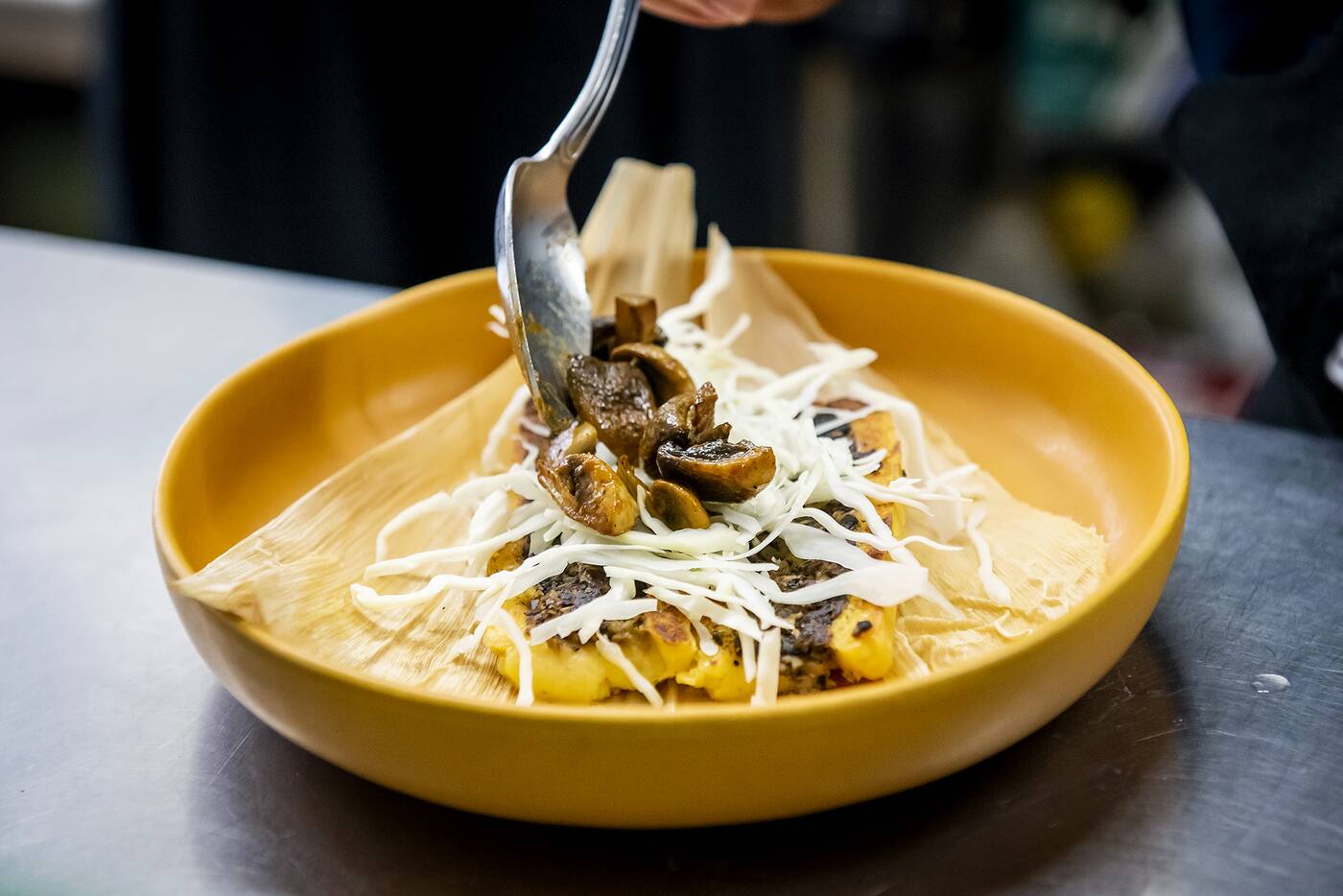 Next up is a unique twist on a traditional eggs Benedict inspired by Quintero's Mexican background. 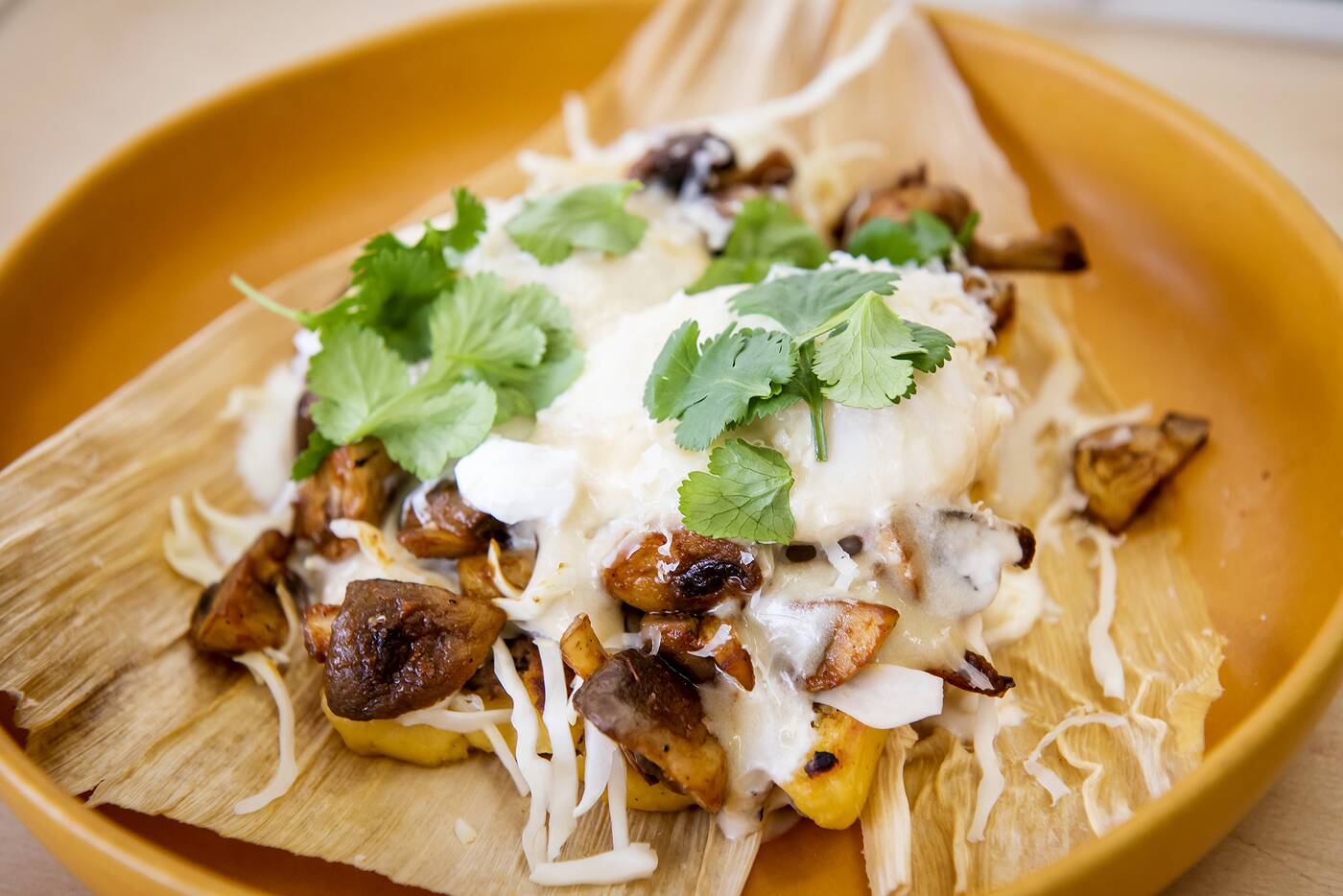 Sauteed mushrooms, two soft poached eggs, crème fraîche, and a sauce made from pork fat and roasted potato skins in place of hollandaise go on top of a freshly-made tamal ($18). 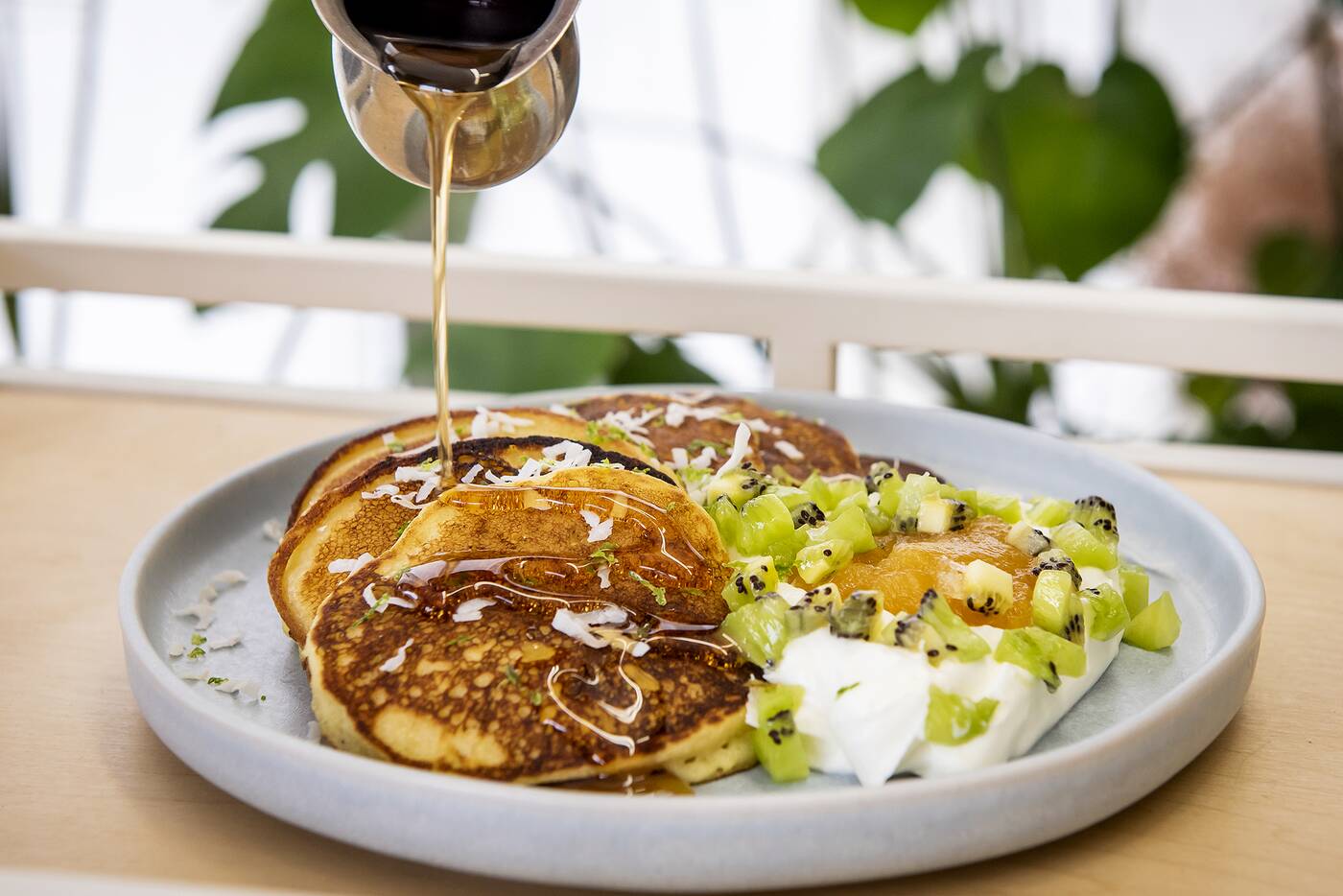 Masa pancakes ($18) are made with cornflour, so they're gluten-free, and have cornmeal in the middle. Caramelized pineapple, crème fraîche and chopped kiwi come on the side. 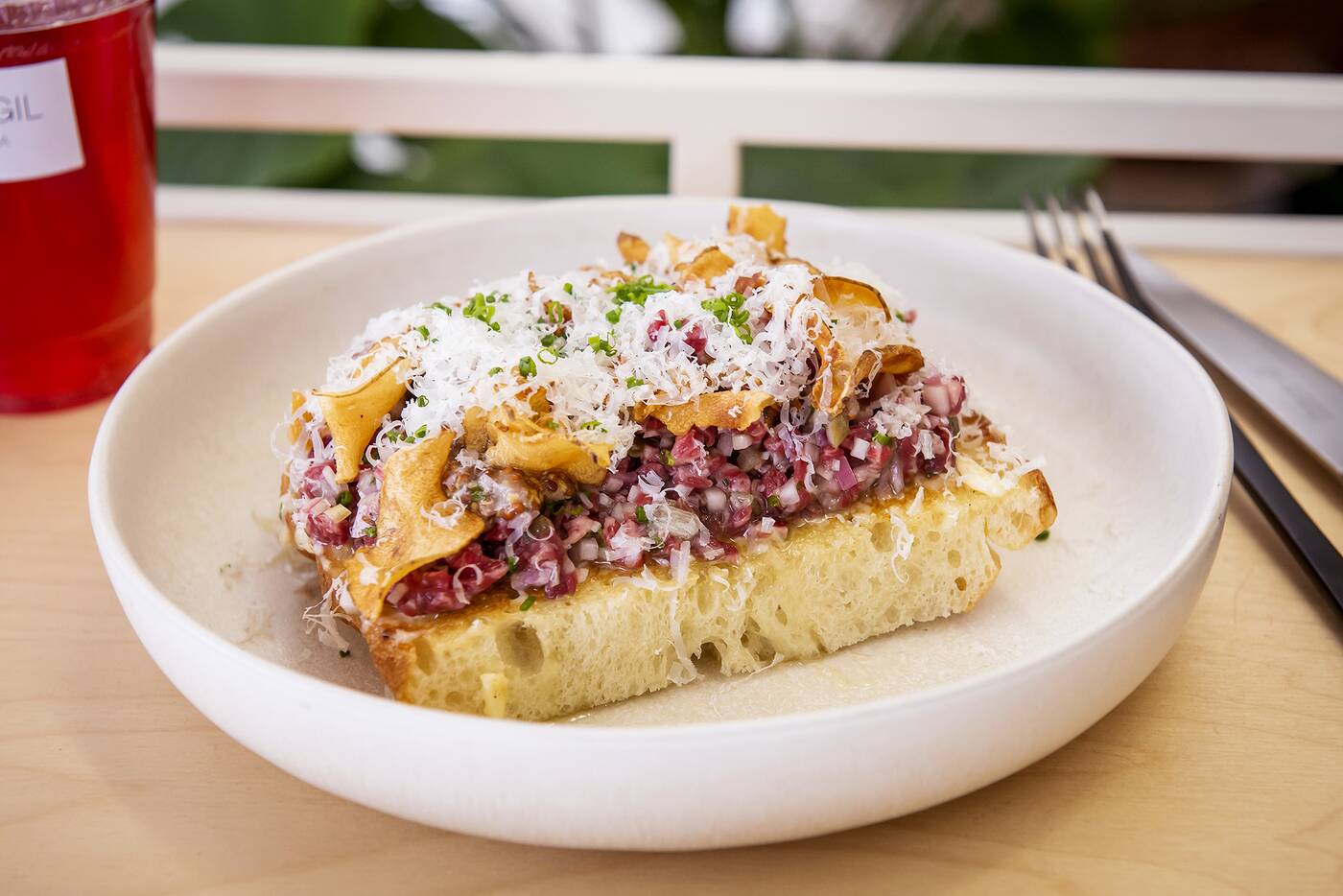 Quintero and Sou's personal go-to brunch item also made it on the menu: beef tartare ($18). Grilled toast is the base of the tartare, and gets a grainy mustard and garlic oil, crunchy chips, parmesan and chives. 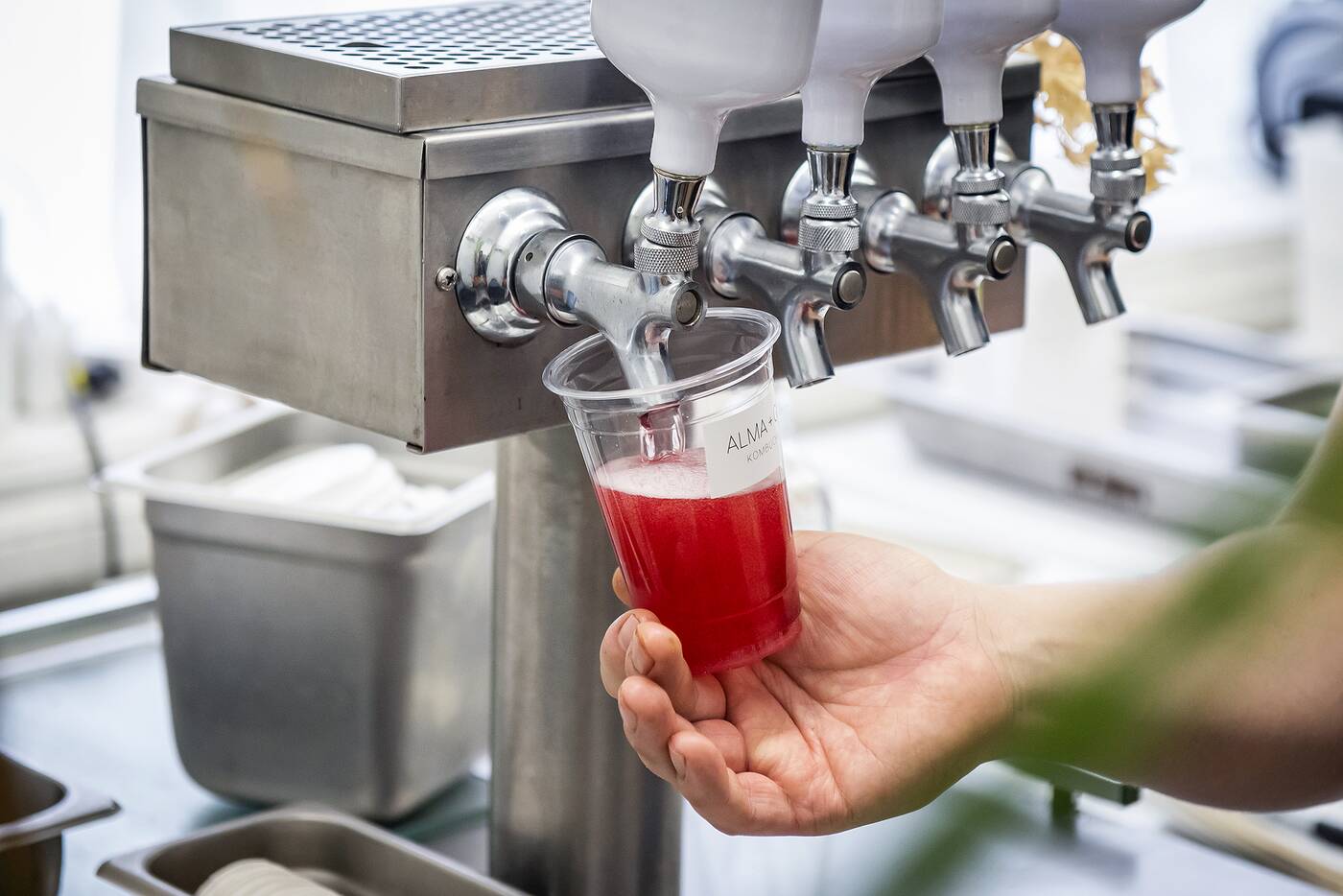 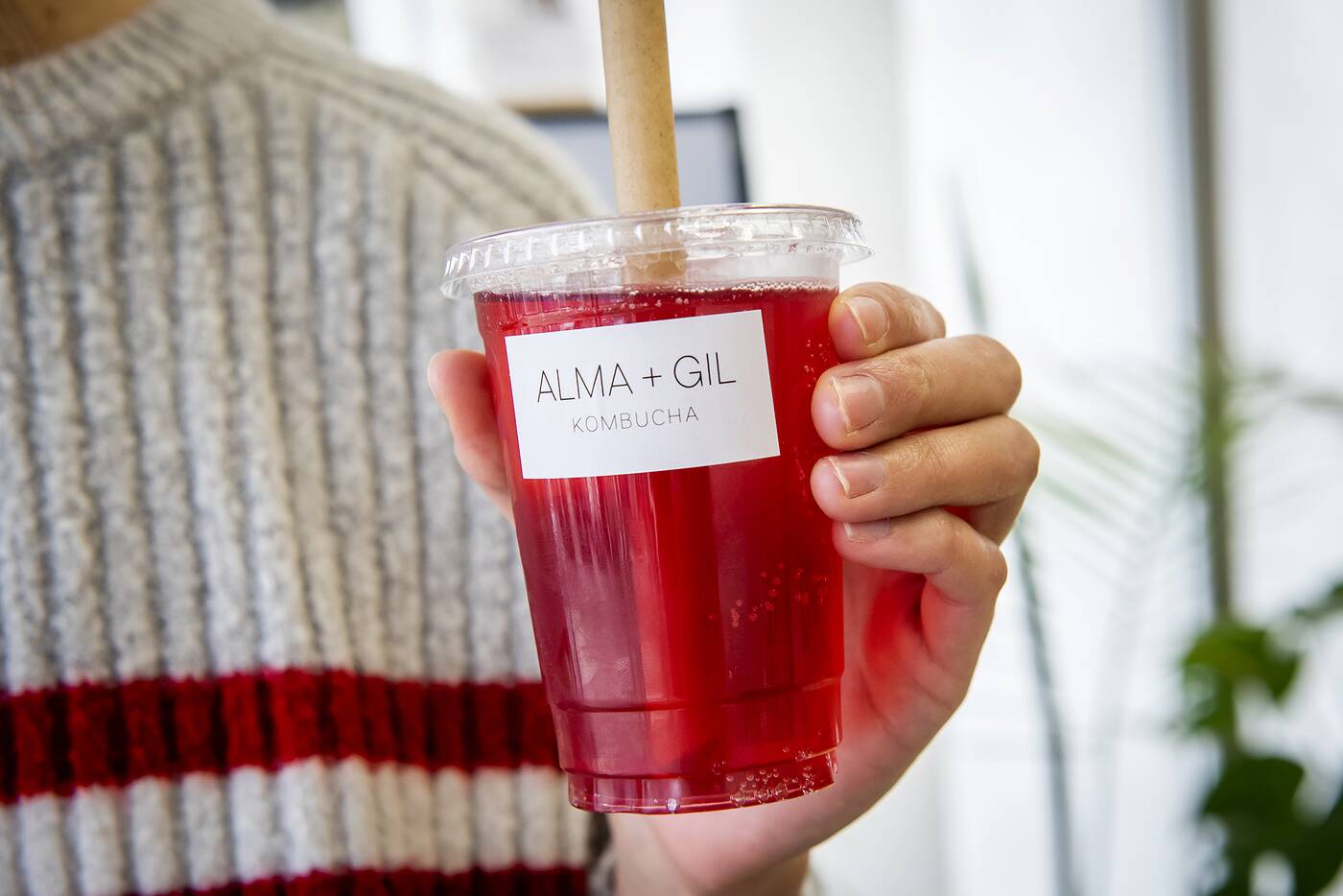 Gil is made with a smokey black tea that almost tastes similar to mezcal or a whisky.

Here, the kombucha is fermented for anywhere between 17 and 30 days depending on how often they're brewing, and is never as bubbly as other kombuchas making it perfect for mixing with cocktails. 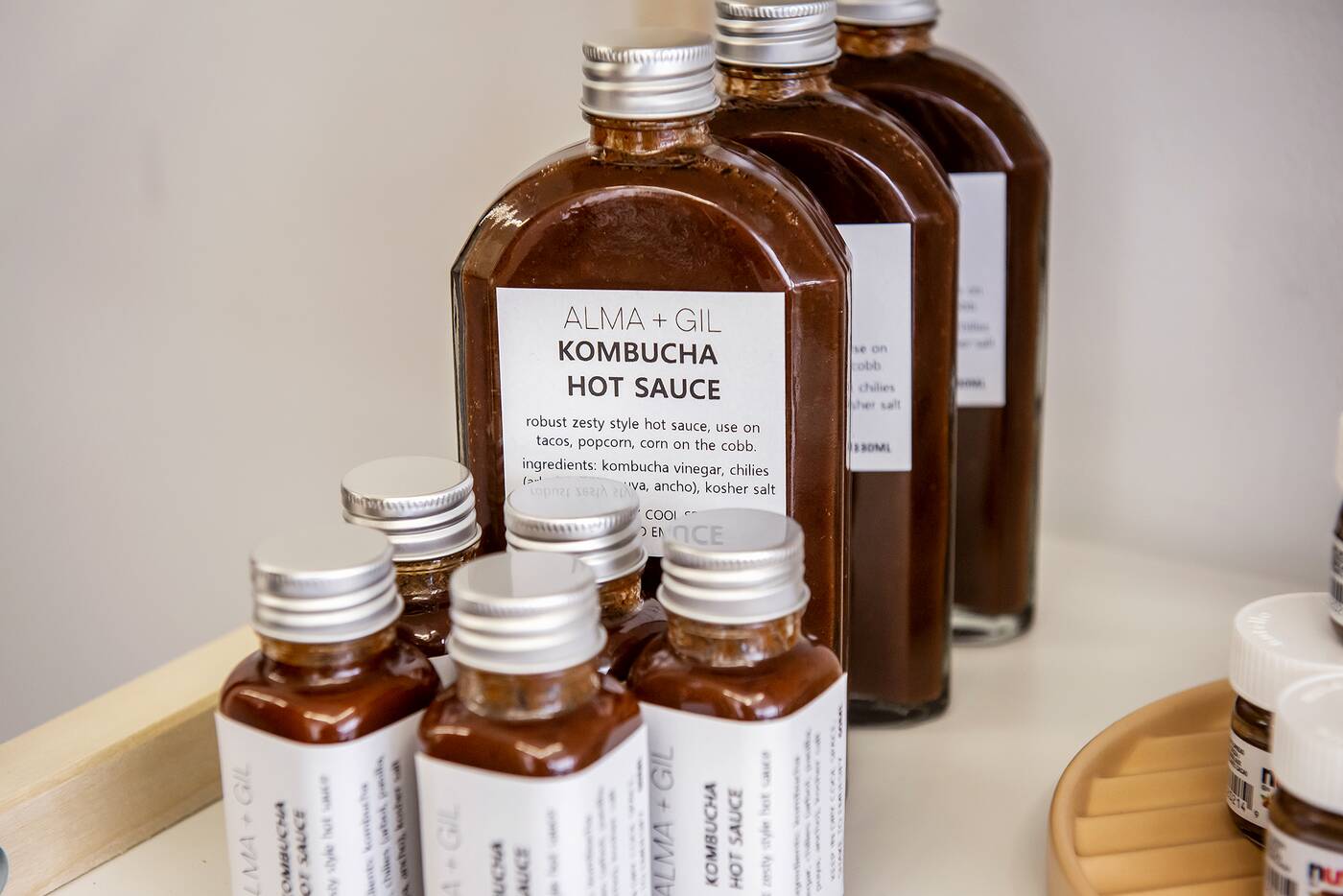 Any additional kombucha vinegar goes into a hot sauce along with a mix of chilies. Small and large bottles of the stuff are available in-store beside a few other pantry items. 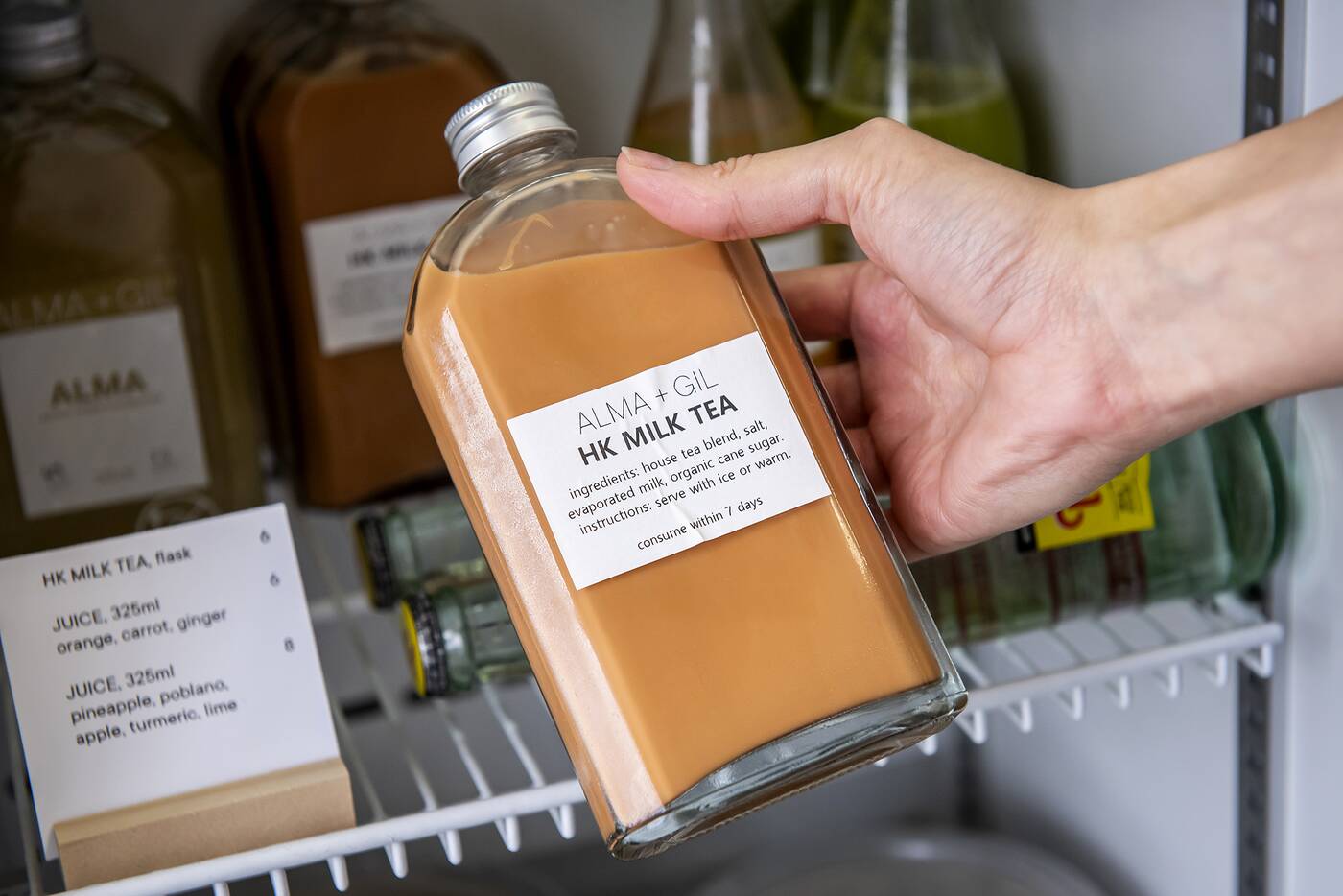 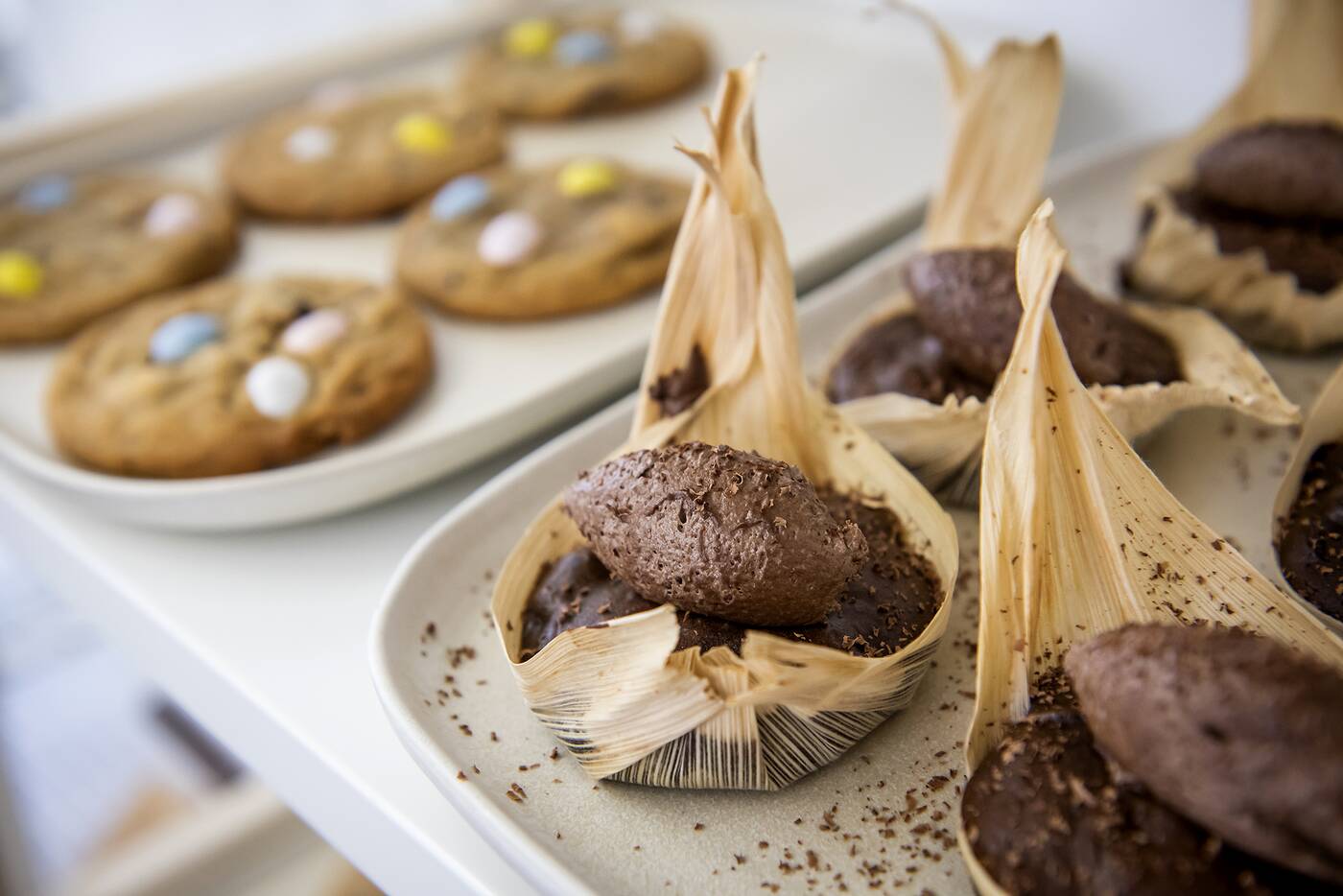 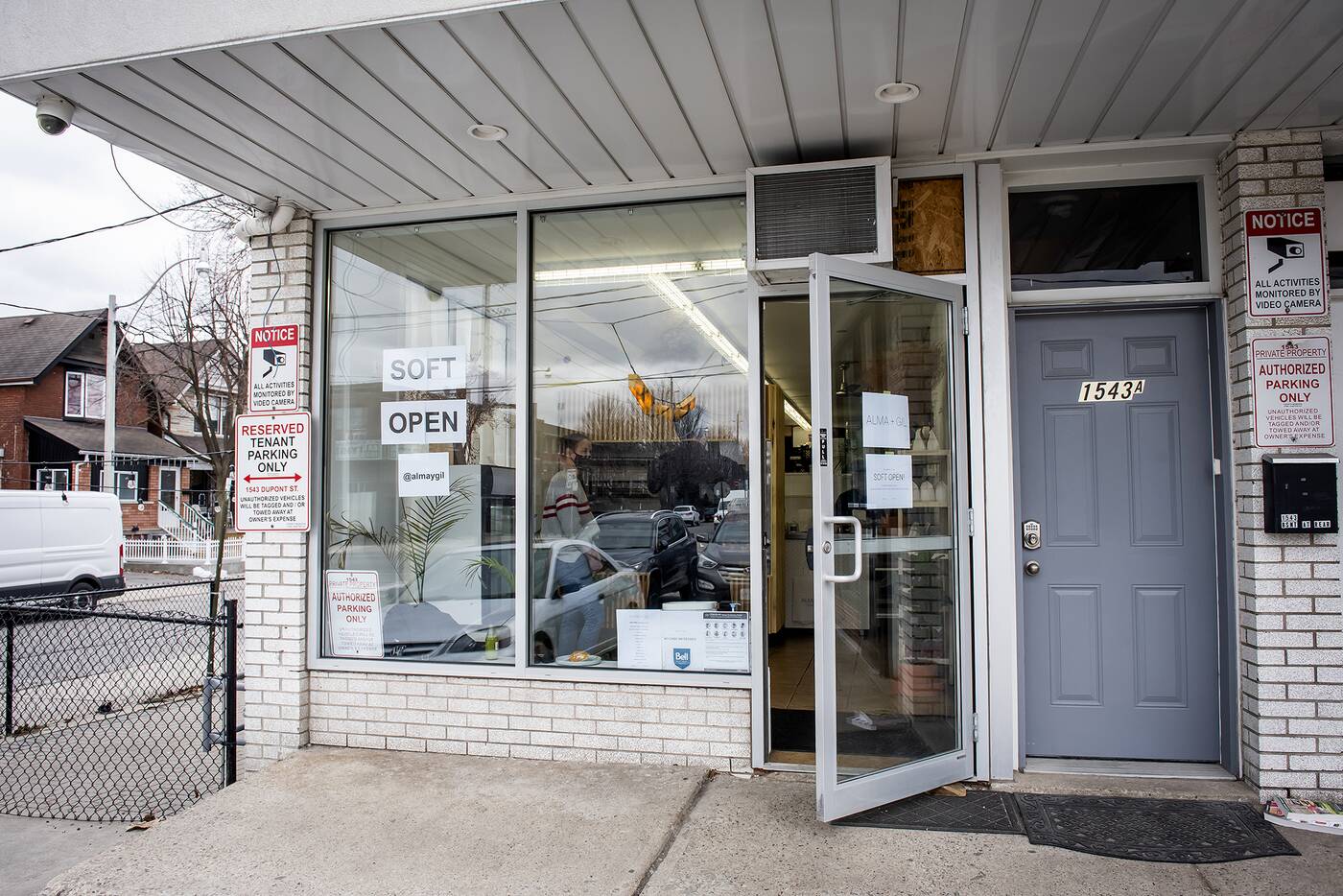