A-OK Foods is utterly without pretensions; a refreshing move from the sister restaurants of one of the most celebrated restaurants to hit the city recently, Yours Truly . To suggest that one should abandon all etiquette when dining out would be erroneous--and in many cases it's a fitting opportunity to flex one's formal politesse--but a chance to simply unwind and enjoy is always a welcome feature of a restaurant. A-OK Foods provides diners with an everyman's assortment of the snack food-style eats that made its sister restaurant so popular with the Ossington bar crawlers in its early days. 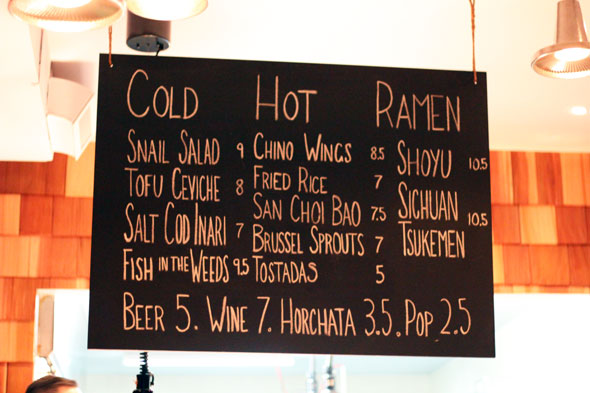 Long, painted picnic tables flank the wood shingled walls and Jonathan Sabine -designed fixtures cast a soft light on happy patrons. If you're coming alone or in a small group expect to be seated with other eager eaters a-la-table, or at one of the few bar stools along the front window.

Open for lunch and dinner (Wednesday to Monday from 11:30-3pm and 5:30-10pm), chef Chris Jang does some inventive globetrotting with his dishes that feature mainly Chinese, Korean and Mexican flavours. A few Yours Truly staples such as salt cod inari ($7) will find their way on the menu. Jang's handmade ramen, currently in shoyu (soy sauce) and Sichuan tsukemen form, will certainly become mainstays, but it's the chalkboard that will define the daily offerings. 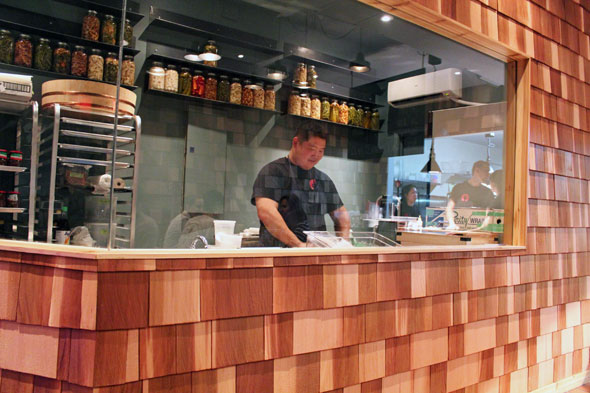 If you want to know more about what's coming out of the kitchen, it's best to ask one of the incredibly personable servers. I know there's been some commentary concerning rude, slow or otherwise un-engaging service at Yours Truly--A-OK Foods cannot be described with any of those adjectives. 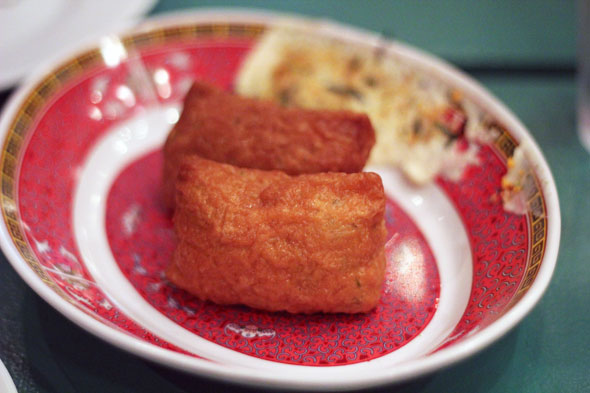 We started the meal with the famed salt cod inari--salt cod cured for three days, blended with soft, sweet rice, and stuffed into a light aburaage wrapping. I find that salt cod can often be overwhelmingly fishy, but this had a sublime, almost smoky flavour to it, and the QP mayo, smeared on the rim of the plate, brought everything together perfectly. 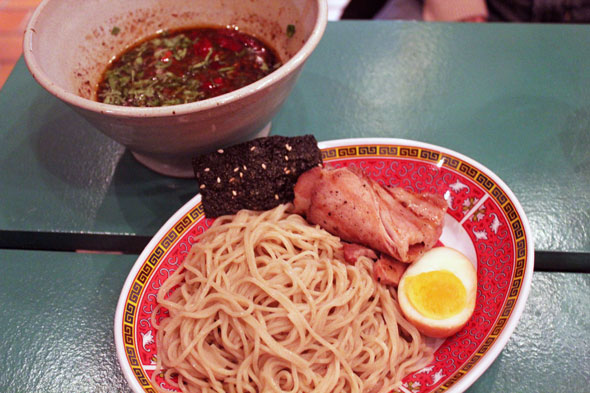 With so much talk about Jang's ramen rolling, shaping, curing and creating, it was essential to dive into a bowl of his handmade ramen. To best feature the bouncy bounty of the noodles, we went for a less traditional take on the Japanese staple with Jang's Chinese-spiced, Sichuan tsukemen ramen ($10.50). The noodles are texturally supreme. Sultry, sous vide pork belly with a robust flavour is sliced and grilled to order. A soft boiled egg and a piece of flaky, fried laver is served alongside a dipping broth made from a blend of Sichuan chilies, chicken stock, black bean sauce, chili bean sauce and Sichuan peppercorns that tickle your tongue and leave your mouth half-numb. It's an interesting eating experience overall that reminds me more of Chinese hot pot than Japanese ramen.

The chino wings ($8.50) were next up. Seasoned, fried to golden perfection, then tossed in the wok with Sichuan chilies, garlic, ginger and scallions, these drums n' flats were a salty breed. A chili vinaigrette, however, made for a perfect medley of salt and tart. I'd order them again! 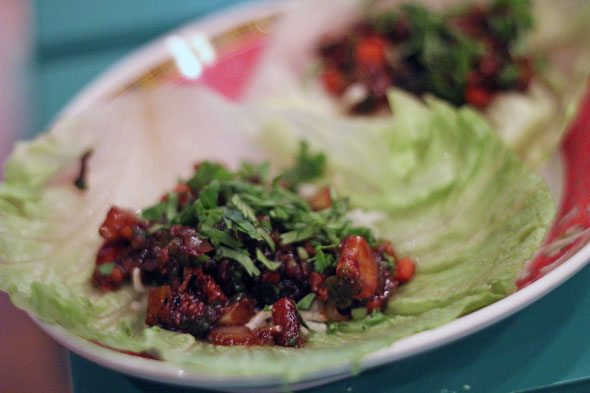 At this point we knew there was only one dish to go. A fresh, crisp lettuce wrap--san choi bao ($7.50)--resembling a YT dish of yore, came on a leaf of iceberg lettuce with crispy vermicelli noodles, and a sautee of marinated pork and veggies in a sweet black bean and chili bean paste. 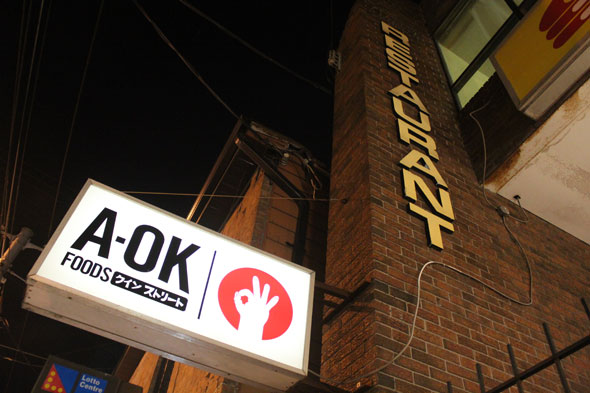 While a part of me wanted to order the entire menu, I knew I'd be smart to come back and sample some more on another occasion. As I took down the last few drops of my pilsner (the only alcohol on the menu for now), I felt a deep sense of satisfaction. I was comfortable, well-fed, and feeling entirely in my element.