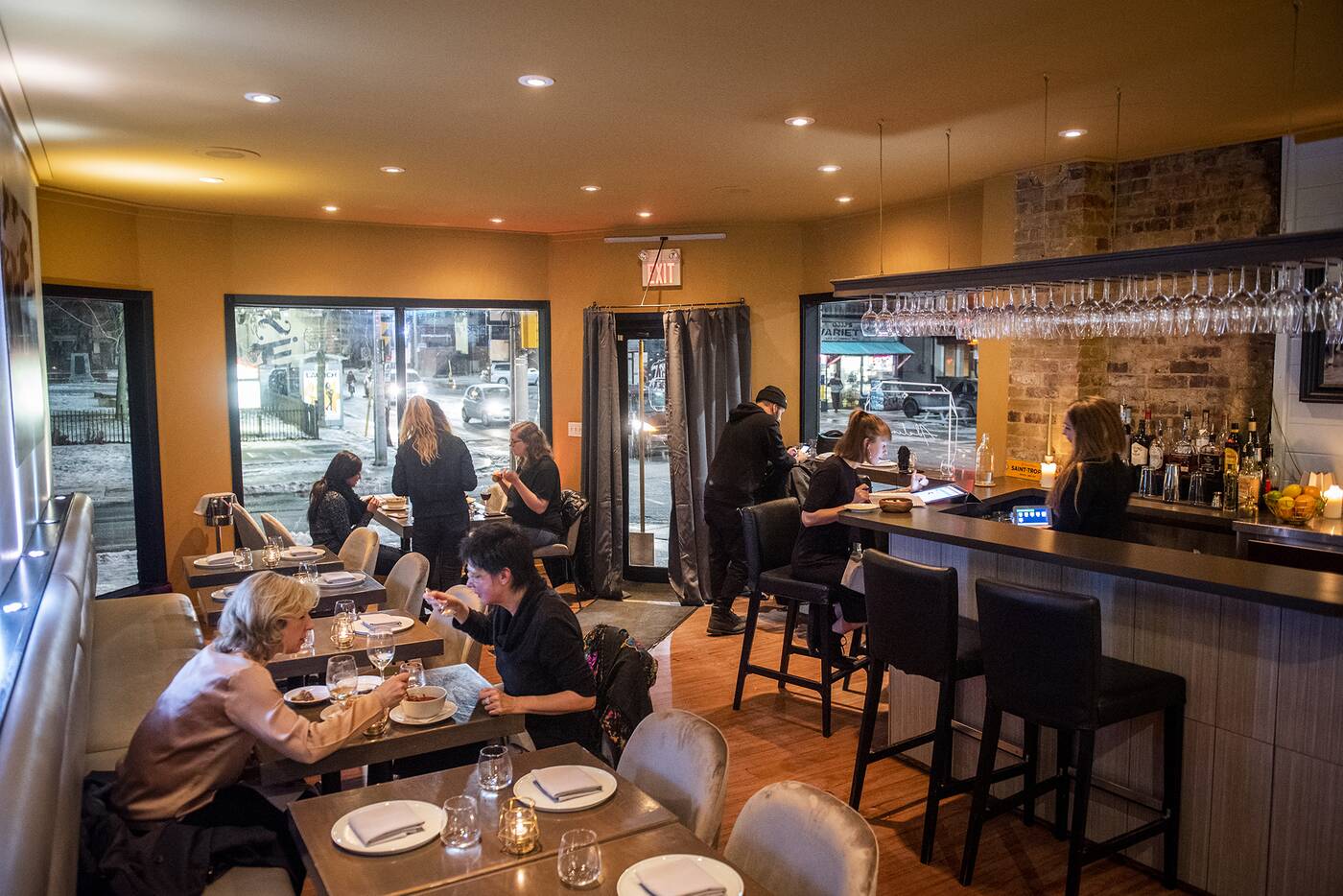 As the space only holds 20, it’s best to walk in. Plush velvet, candlelight, and seating at the bar and near windows create a charming sense of romance, and an open kitchen at the back has been preserved. 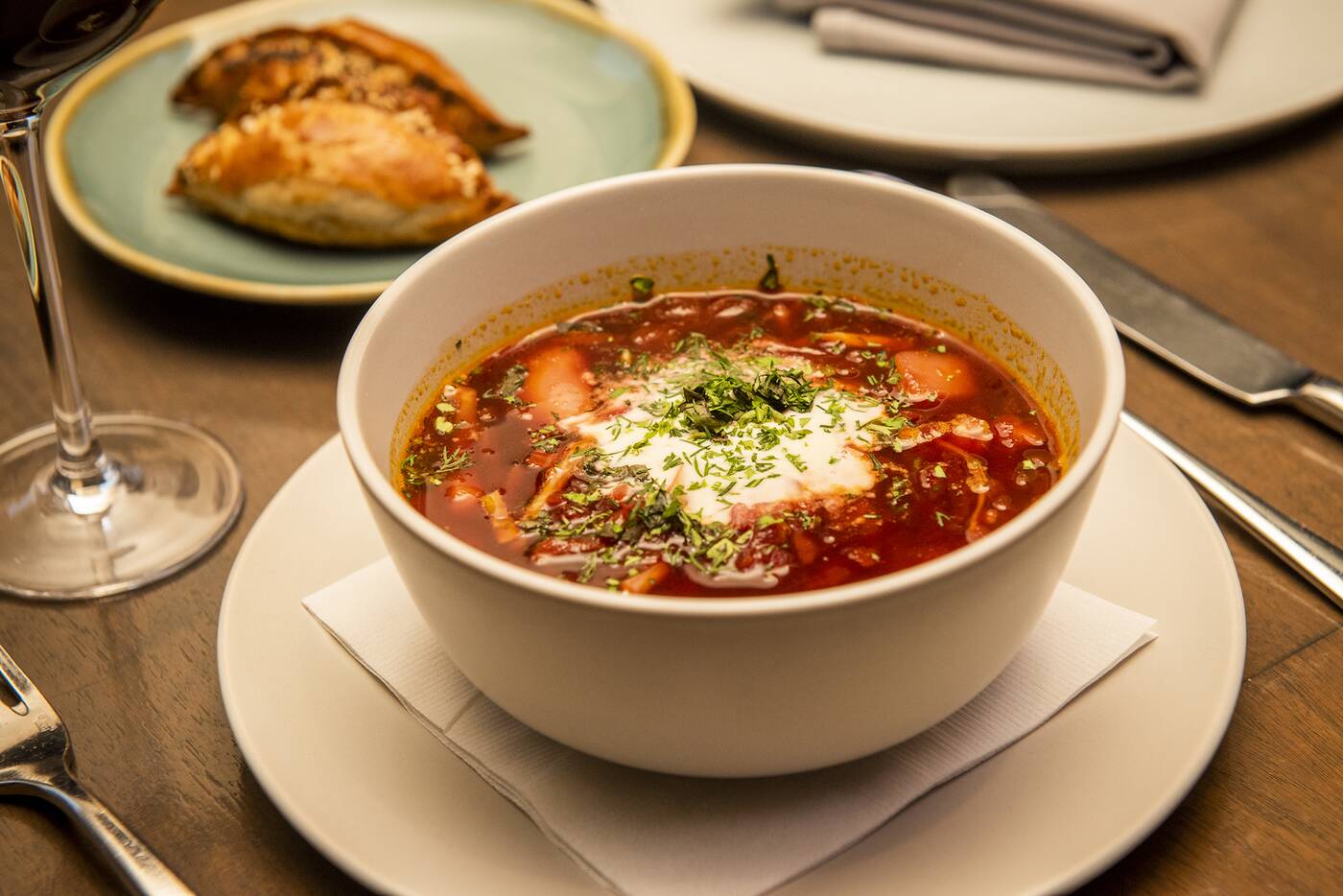 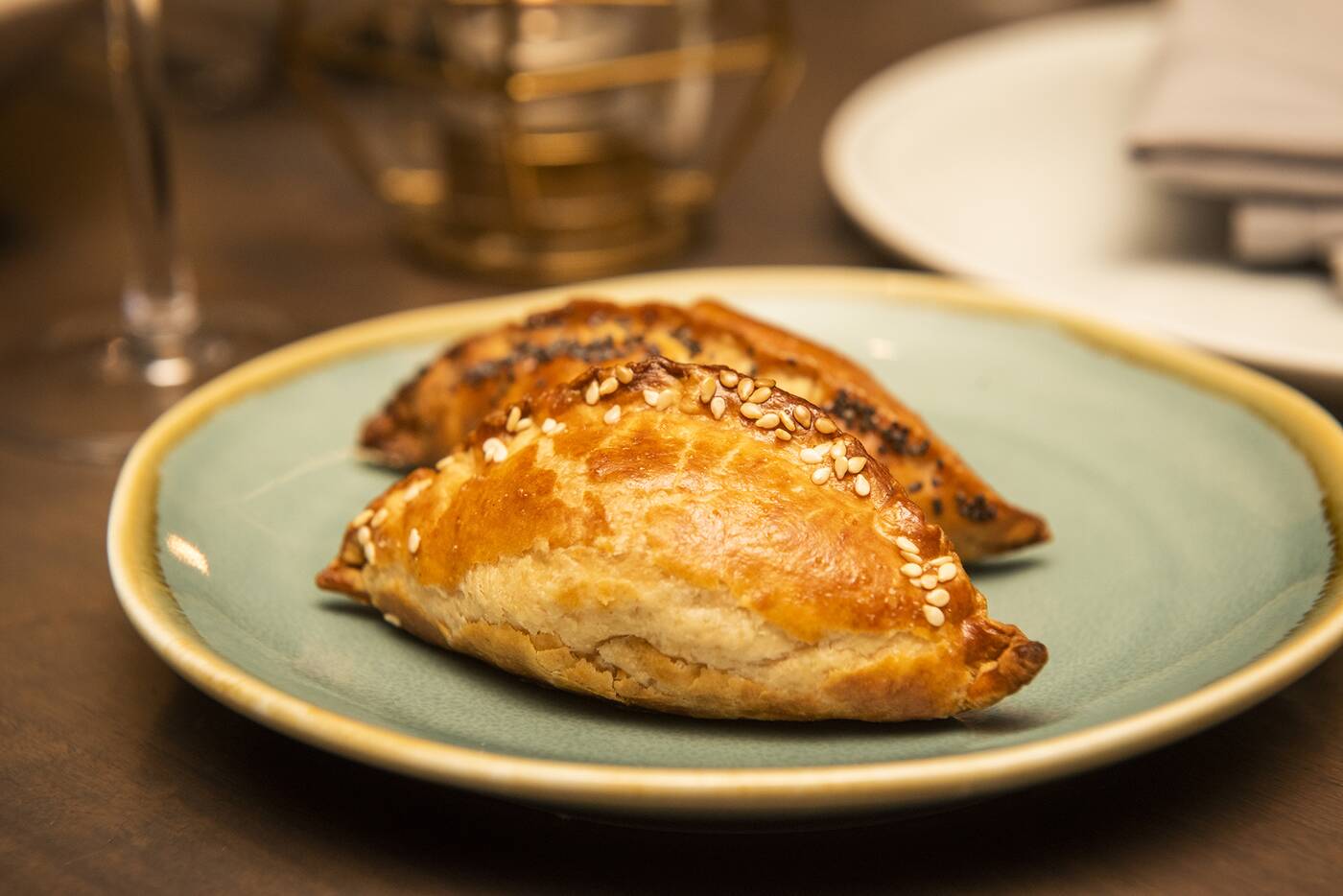 It’s recommended to pair borscht with pirozhki ($6). Described on the menu as “Russian style empanadas,” they’re flaky, palm-sized savoury baked goods, one stuffed with beef, another with cabbage. 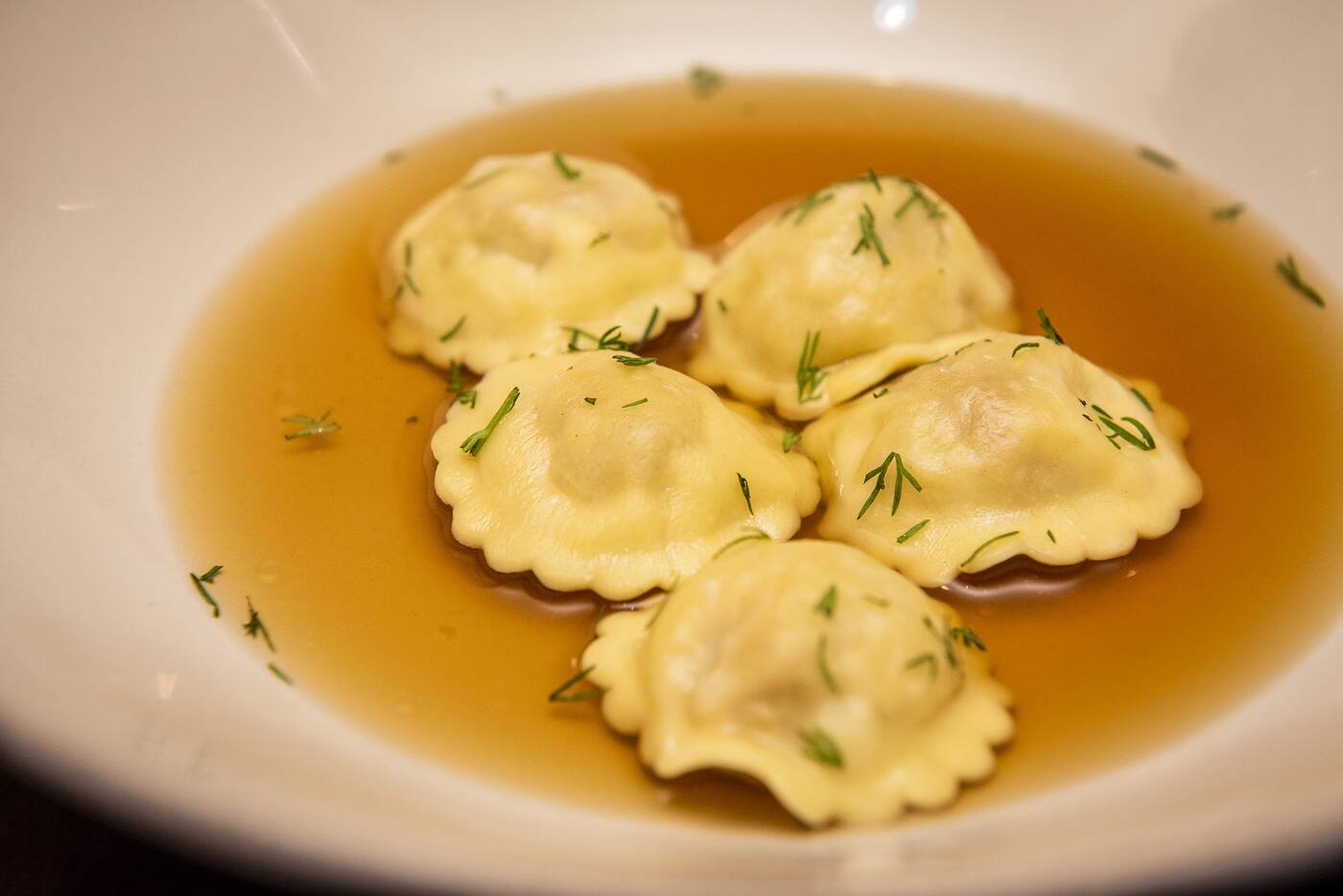 Siberia pelmeni ($14) are one of several varieties of handmade Russian dumplings influenced by the various regions of Eastern Europe. All made with dough from Famiglia Baldassarre, these are stuffed with an earthy mix of lamb, pork and beef, served swimming in a warming and fragrant lemongrass consomme and tatters of dill. 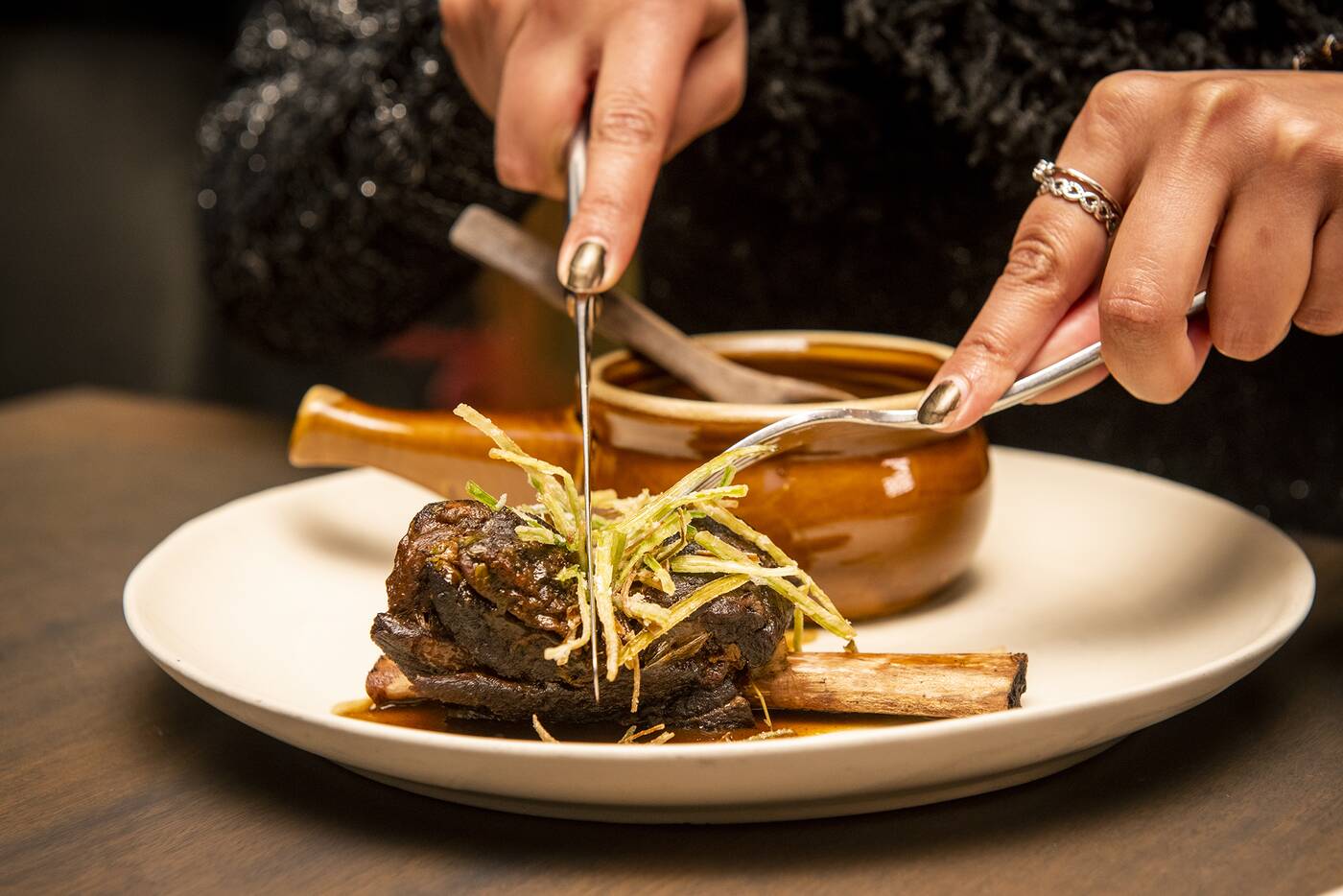 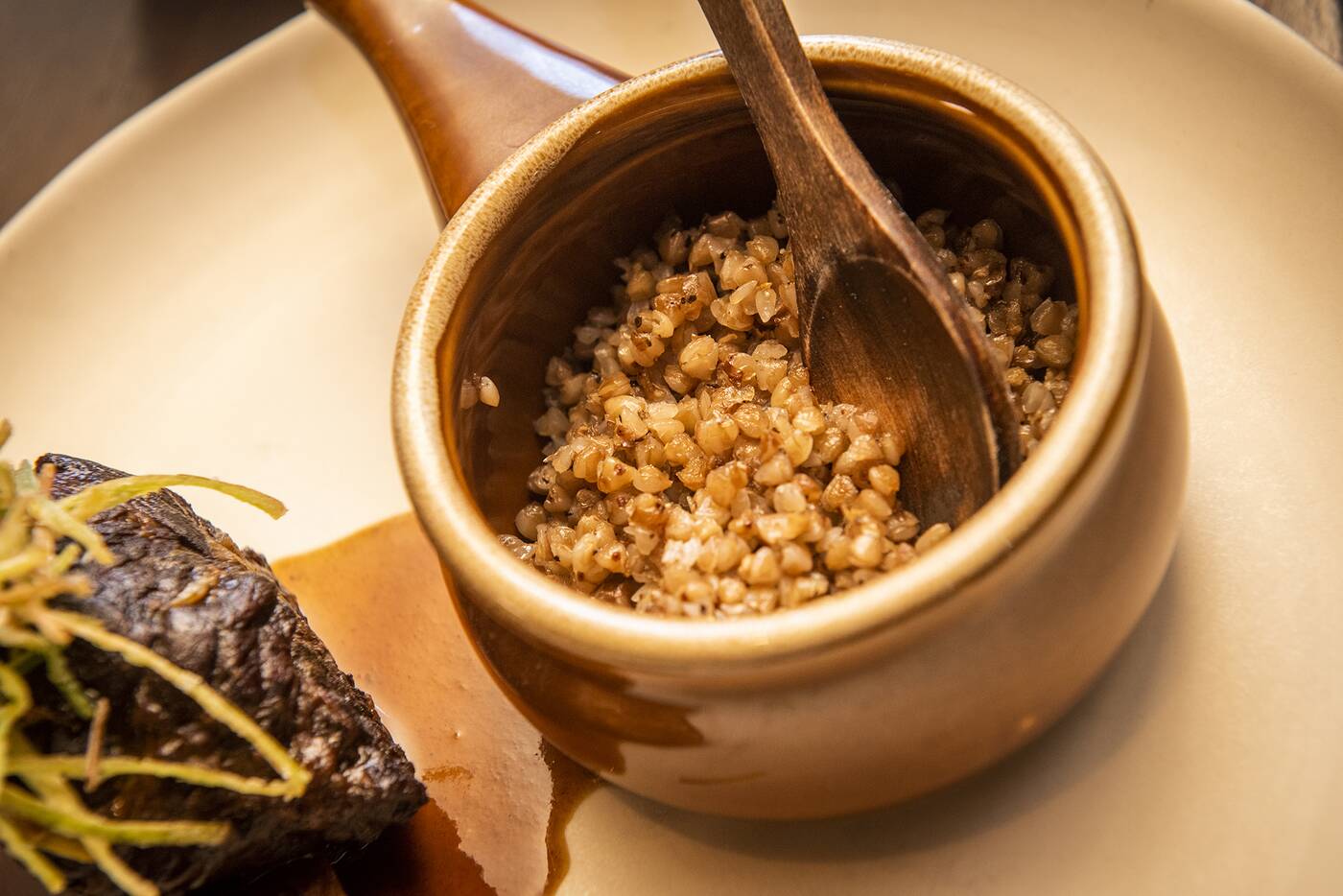 With kasha (buckwheat) on the side, crispy leeks on top and a sauce of the reduced kvass jus, I expected the kvass to impart a more unusual flavour but the result is more of a straightforward, fall-off-the-bone piece of meat. 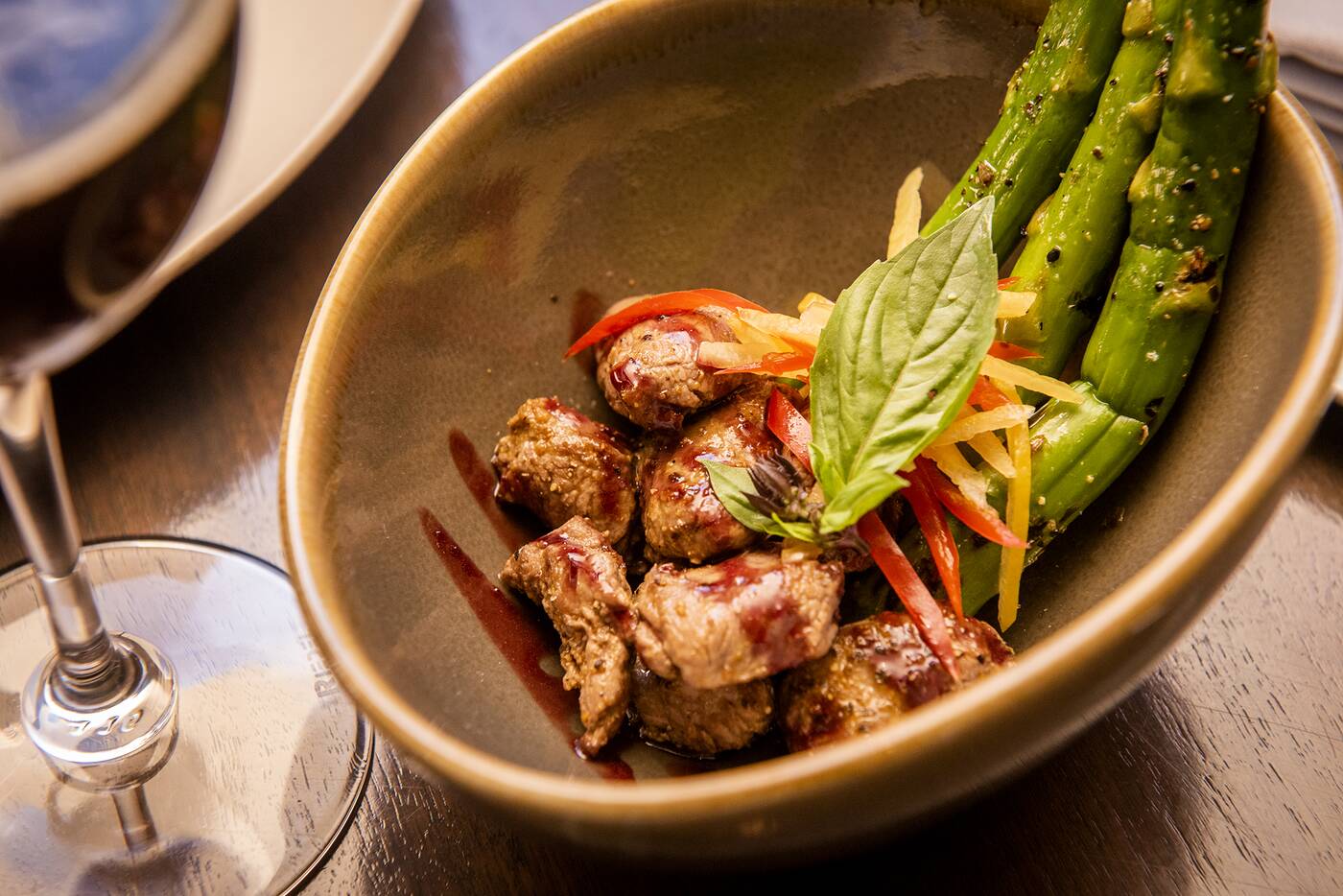 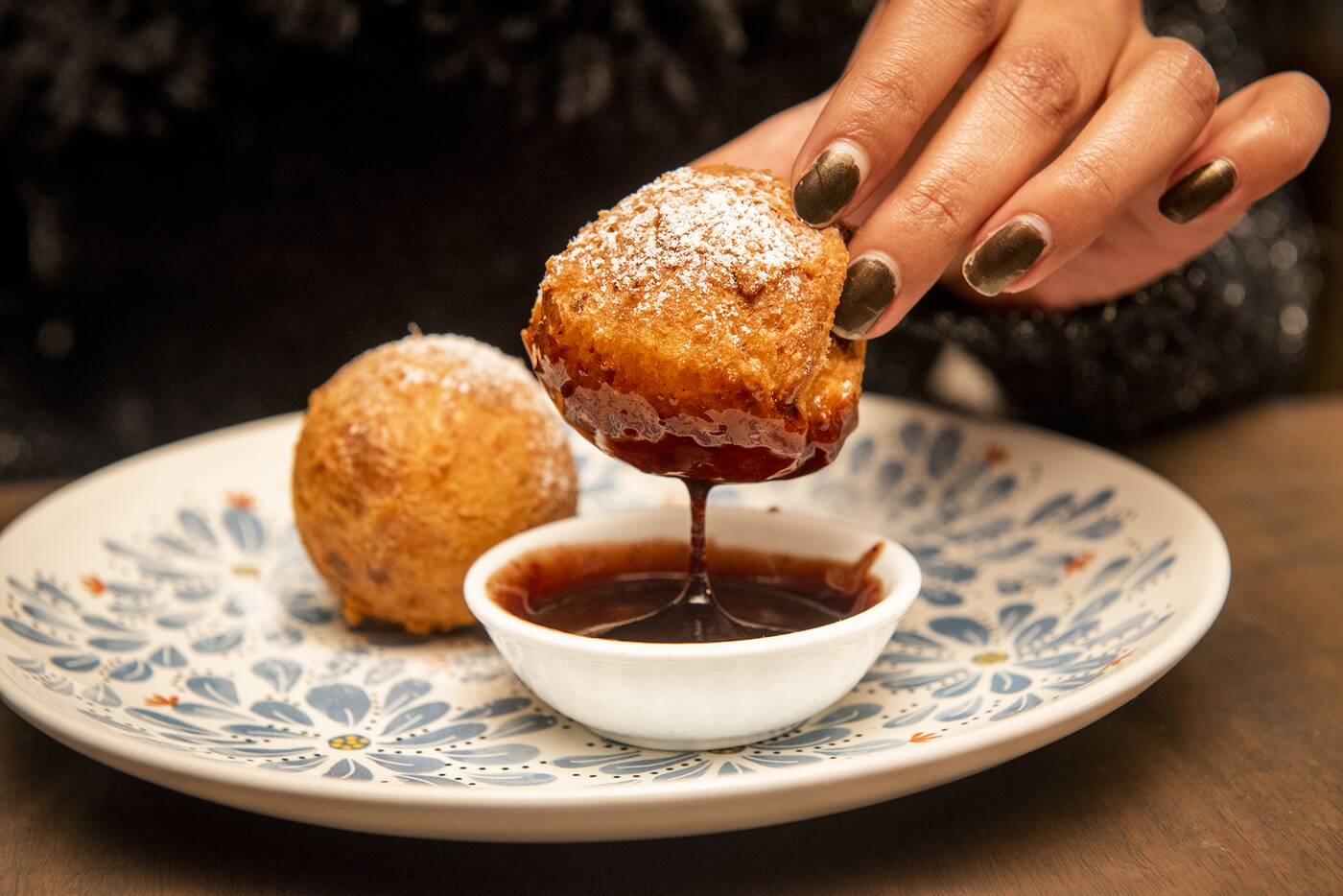 Ponchiki ($7) will be familiar to lovers of Eastern European baked goods, fluffy fritters dusted with sugar and served steaming hot with a jammy Saskatoon berry coulis. 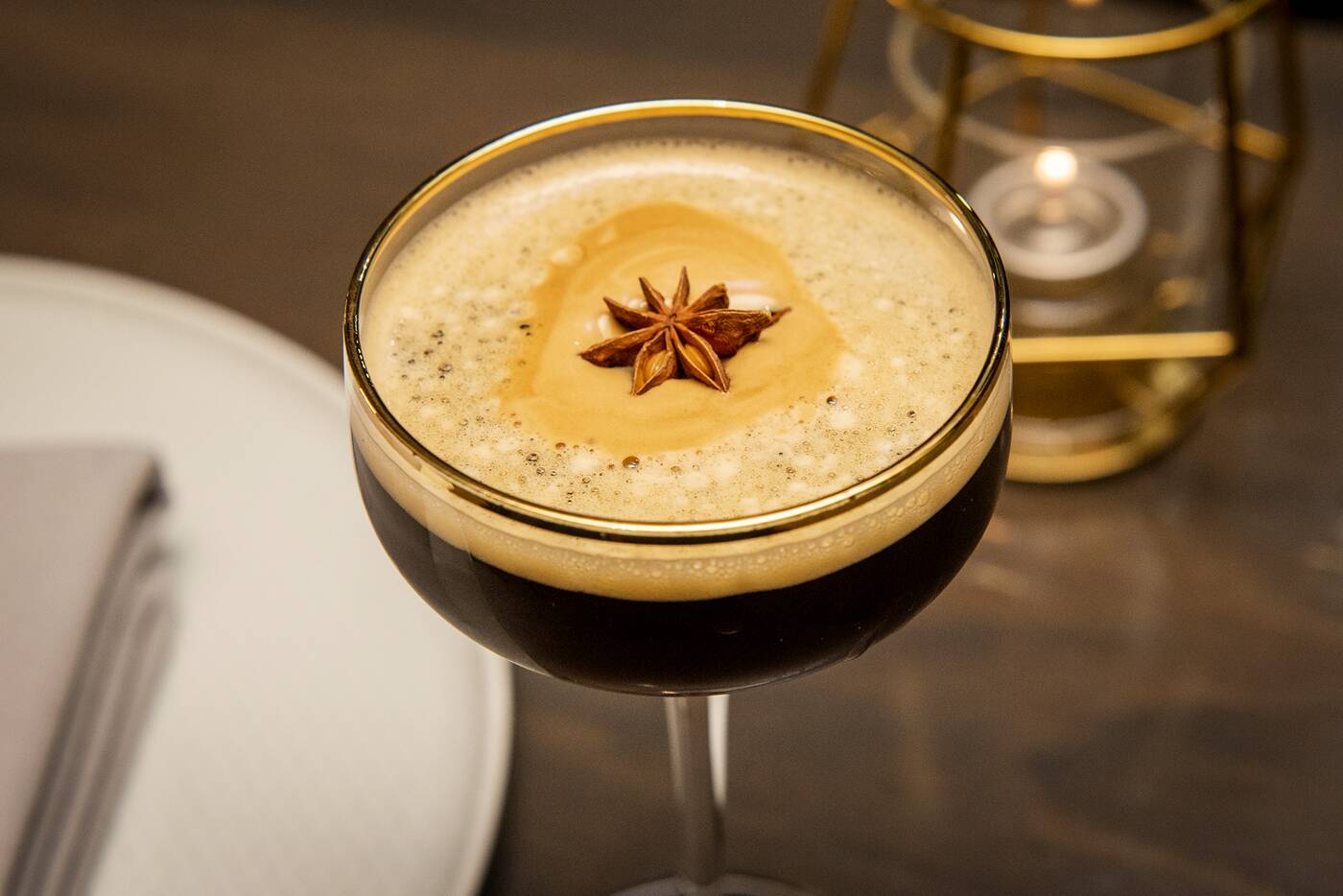 A Black Star ($12) basically combines a White Russian and an espresso martini with Russian Standard vodka, Kahlua and espresso (decaf optional), getting its name from a wash of Pastis made with star anise. 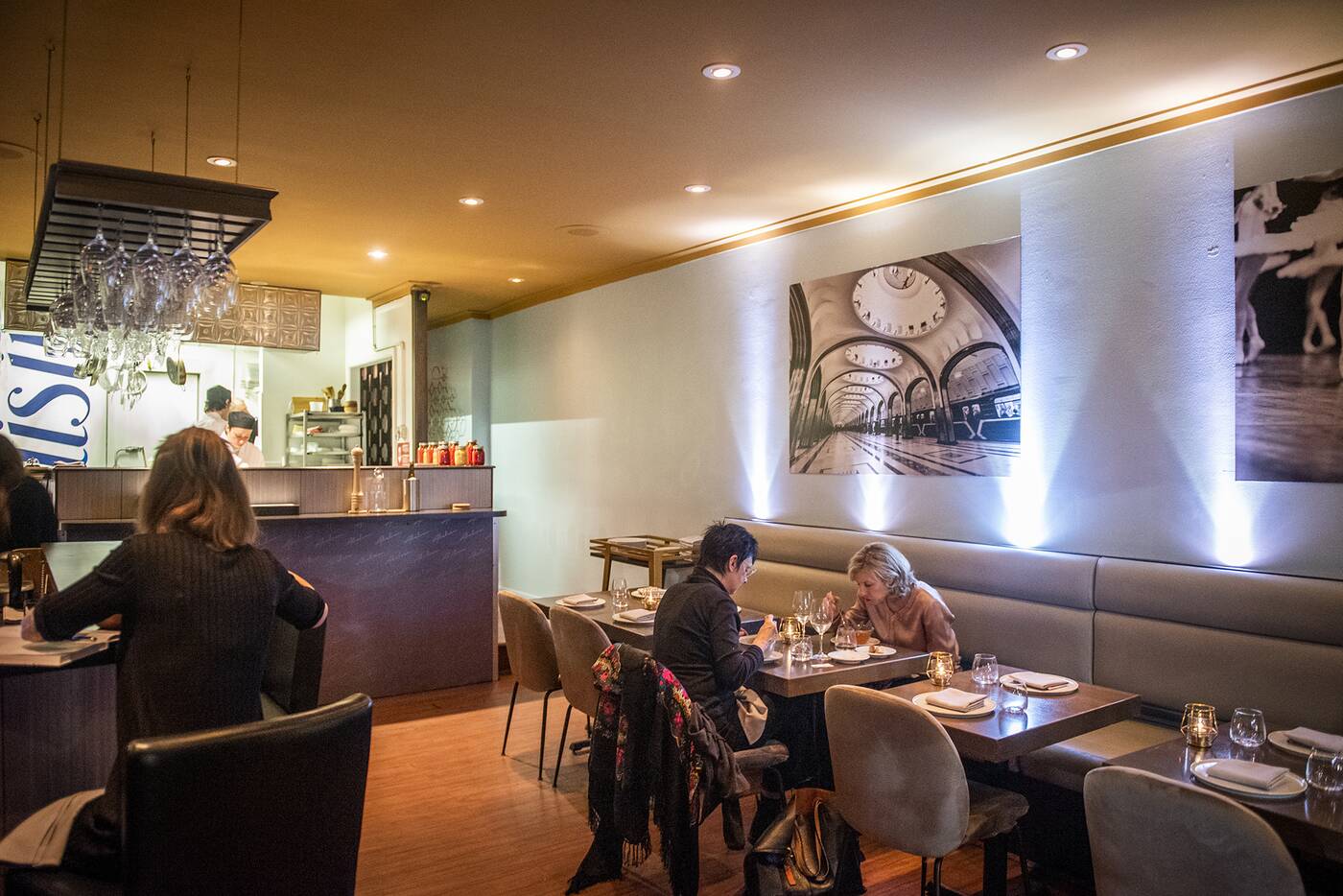 Inspired by novel high-end Russian restaurants like White Rabbit and the culture surrounding them, portions are relatively small for the price but all ingredients are sourced as locally, sustainably and organically as possible, all meat naturally raised by Ontario farmers. 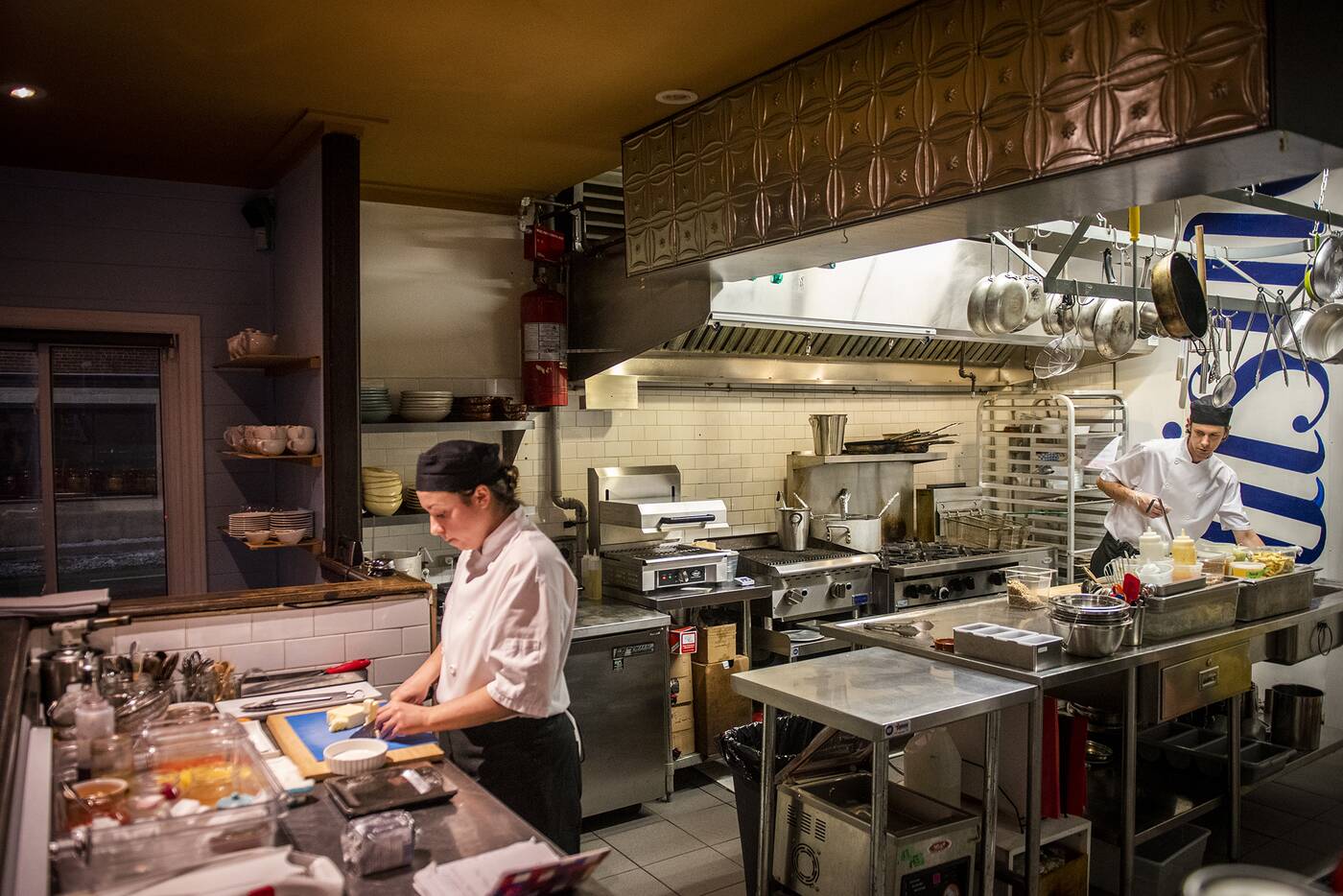 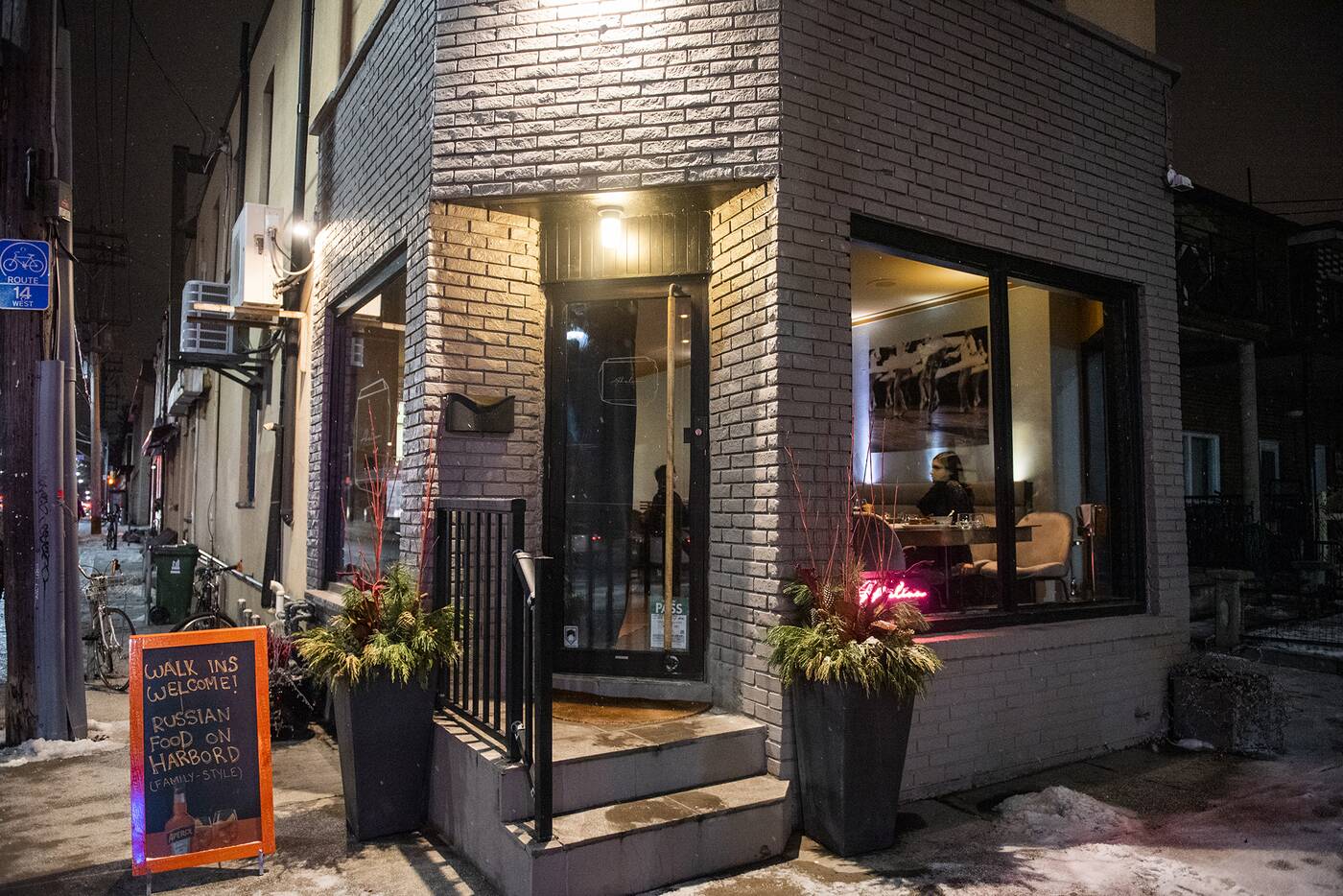