ACR Hot Roti deals in Trinidadian foods offered at exceptional value. Occupying a unit among a jumble of storefronts in a Lawrence East strip mall, it's a strictly take-out operation and the entire ritual of ordering upfront, the waiting for the kitchen in the back to assemble said order takes no more than 10 minutes.

It's a compact standing-room only kind of place where the decor isn't nearly as attractive as the food on display. Cases of ready-made sweet and savoury delicacies serve as a distraction when the guy manning the counter disappears in to the back.

The menu board advertises roti, rice and curry and an array of snack foods, though it seems that most people know what they want without even a glance. 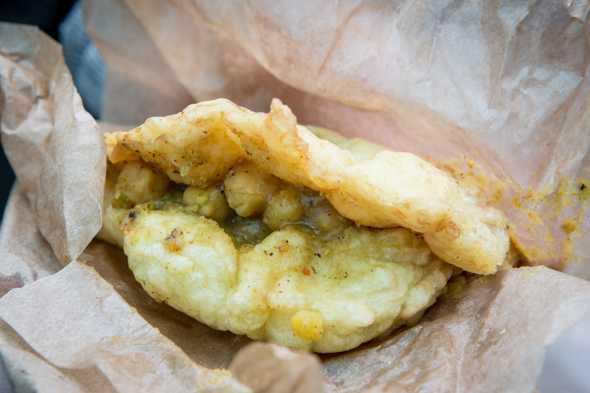 Following the lead of the customers before me, I do as they all do and order the doubles ($1.25). Pillowy bara bread with channa pressed in between. They're dressed in sour tamarind and are salty and delicious, but also incredibly greasy -- the brown paper bag they're served in soaks through almost immediately. 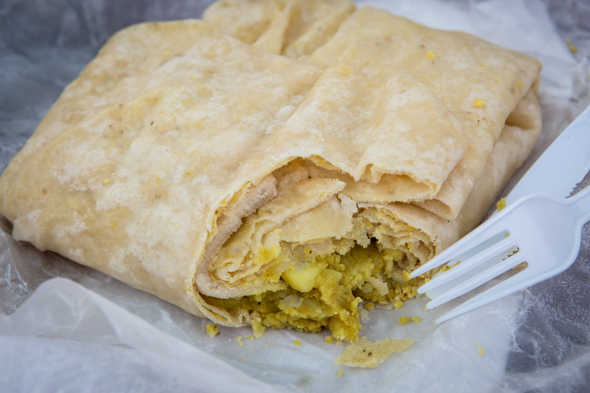 The potato roti ($5) is sturdy and dense, the flatbread itself is thin, but when wrapped around soft curried potatoes it layers up for structural support. It's not runny at all and I find it easy to eat handheld, though ultimately there's just too much bread and the filling is overwhelmed. 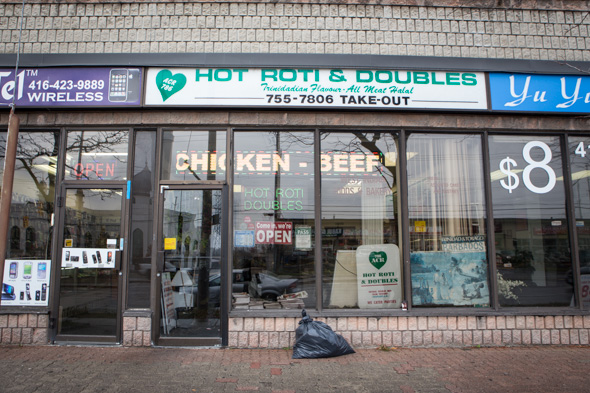 For the price there's nothing not to like, though I'll content that Mona's with its vast offerings and open kitchen on display is still the superior roti purveyor.