Ackroyd's Fish n' Chips is one of those places that has the vibe of a cherished neighbourhood haunt, what with its effortless knack for honest cheer and relaxed charm. The free sample blitz of sugar-dusted, battered Ontario peaches probably doesn't hurt either, especially if you're savvy enough to wed the delicate wedge with a scoop of Tahitian vanilla from Ed's Real Scoop a couple doors down. 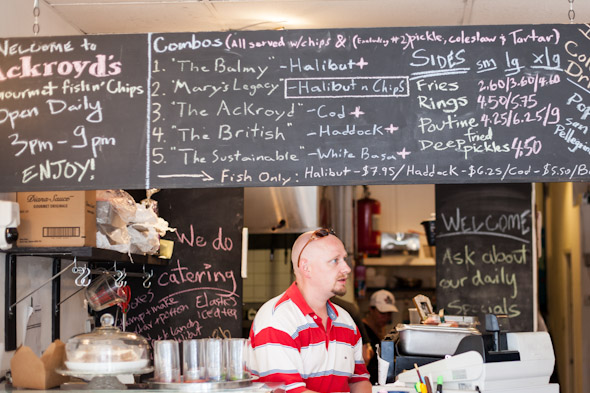 Truth be told though, this spot is not much older than the catch of the day. In some respects, menu and business-wise, I get the sense they may still be finding their gills. For instance, lunch is currently a no go, an oversight they plan to correct come autumn. But chatting with Chef Jenny G. and company, it's at once apparent that as long-time residents of the Beaches, Ackroyd's — after their late mother's maiden name — is the home they've been looking for to pool their time, care and zeal. 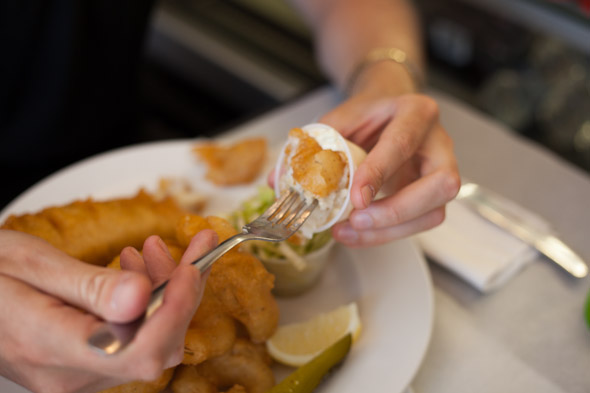 Modest digs aside, the Royal York-trained chef has cooked for such luminaries as Al Pacino, Robert Deniro, Nelson Mandela, and billionaire Mitchell Goldhar, which could make her seem grossly overqualified for something as humble as fish and chips. But a big-fish-small-pond mentality couldn't be further from the case. What might seem a familiar, worn-out motivation of getting back to one's roots actually carries a practical edge: when so many in the city are tripping over each other to ride the wave of the newest food trends, often simply in the business of making a quick buck, it can be easy to write off classic favourites as overdone, or worse, bygone. Ackroyd's, on the other hand, is looking for something more sustainable as the basa fish they fry up. 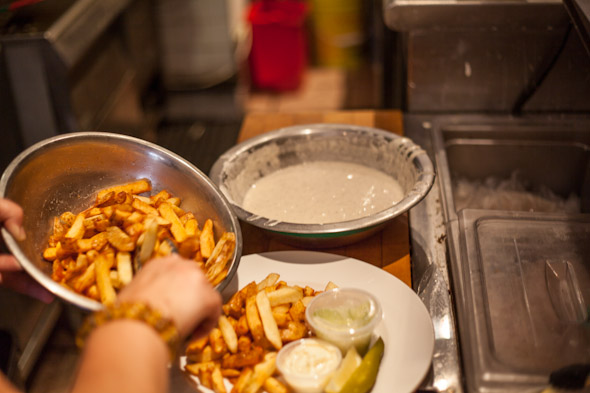 It would be inaccurate to say, however, that the chef's training has gone to waste. Getting a demo behind the scenes, there are plenty of subtle flourishes in the recipes that make them quality, one-of-a-kind, and return-worthy. The oil in the deep fryer, for example, is darn near virtuous, filtered daily and changed every few days depending on traffic. Triple-pass reverse osmosis water is used for the batter, the slaw is made twice daily, and the potatoes for their chips are cut in-house (they've switched from Russets to Yukons). In sum, it was one of the more notably clean tasting fish and chips eating experiences I've had in recent memory.

The straight-up combos are plain and simple, four options in all, each served with fries, homemade tartar sauce, simple slaw, pickle and pop: halibut ($12), cod ($9), haddock ($10), or basa ($8), and it's the batter that really makes these cuts swim versus sink. 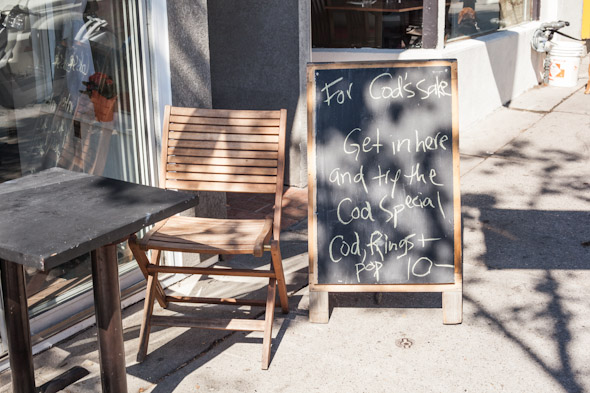 The chef's diverse cooking background includes baking, and her knowledge of leavening agents is a boon, I'm convinced, to the batter recipe. Made by the bowl to order, again, to ensure maximum freshness, the mixture is worked into a bubbly froth using baking soda, and is pretty much the antithesis to the lifeless goop you'd find in many fridges elsewhere. Once fried to a golden brown, it rides the line between crispy and cakey. A gluten-free version is available, too.

While the cod I tried was quite delectable, if you're willing to shell out more clams, it's the halibut that was the more luscious and buttery. Breaking convention, I actually preferred the Spanish onion rings to their fries, the former besting most I've had in other venues with their irresistible crispy sweetness, while the latter were pretty much on par. 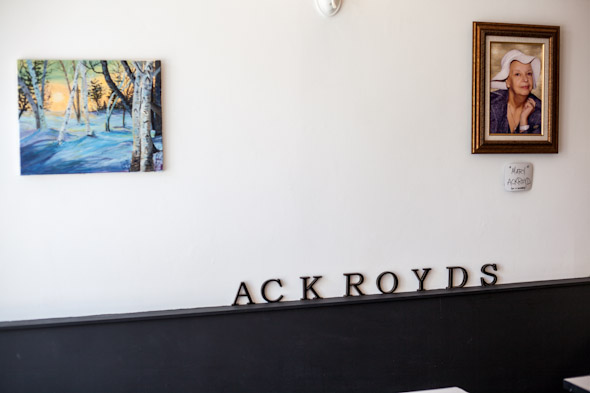 Whereas I think their fish recipe is near perfect, I tend to be fussier about my slaws. It was by no means second-rate, but I could've gone more punchy and acidic than the neutral, creamy profile offered. A preference, really, and still, they're brand new. Another admirable trait about Ackroyd's is their willingness to customize, so next time, I'd request this minor adjustment as well as not to forget to indulge in their deep fried pickles ($4.50).

If you live in the area, fish and chips aren't the only comfort foods available. They also have frozen foods that regularly sell out. Everything from lasagna, shepherd's pie, and gluten-free macaroni, to buttermilk chicken, wraps, penne with sausage in a marinara sauce, and apple & peach crumble are on hand. They have plans to experiment further in this regard, and Chef Jenny G. also mentioned the possibility of starting cooking classes in the fall, for those looking to learn the basics. 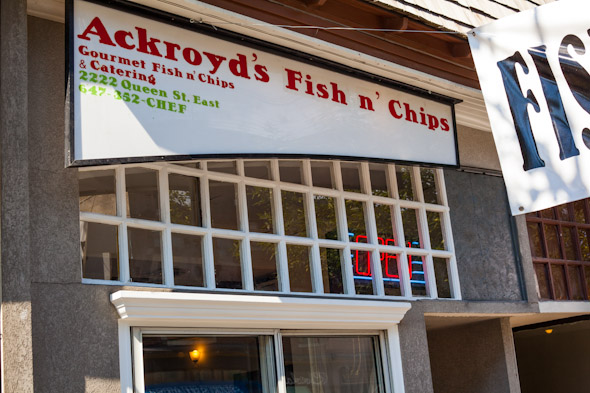