Abu Hummus is a takeout restaurant celebrating the creamy, chickpea spread from the Middle East.

It's all about hummus at this Kensington Market joint, where the art of this mashed chickpea-tahini mixture is taken in full seriousness. The major takeaway, according to Abu Hummus' owners — it isn't just a dip or a side dish — hummus is a lifestyle. 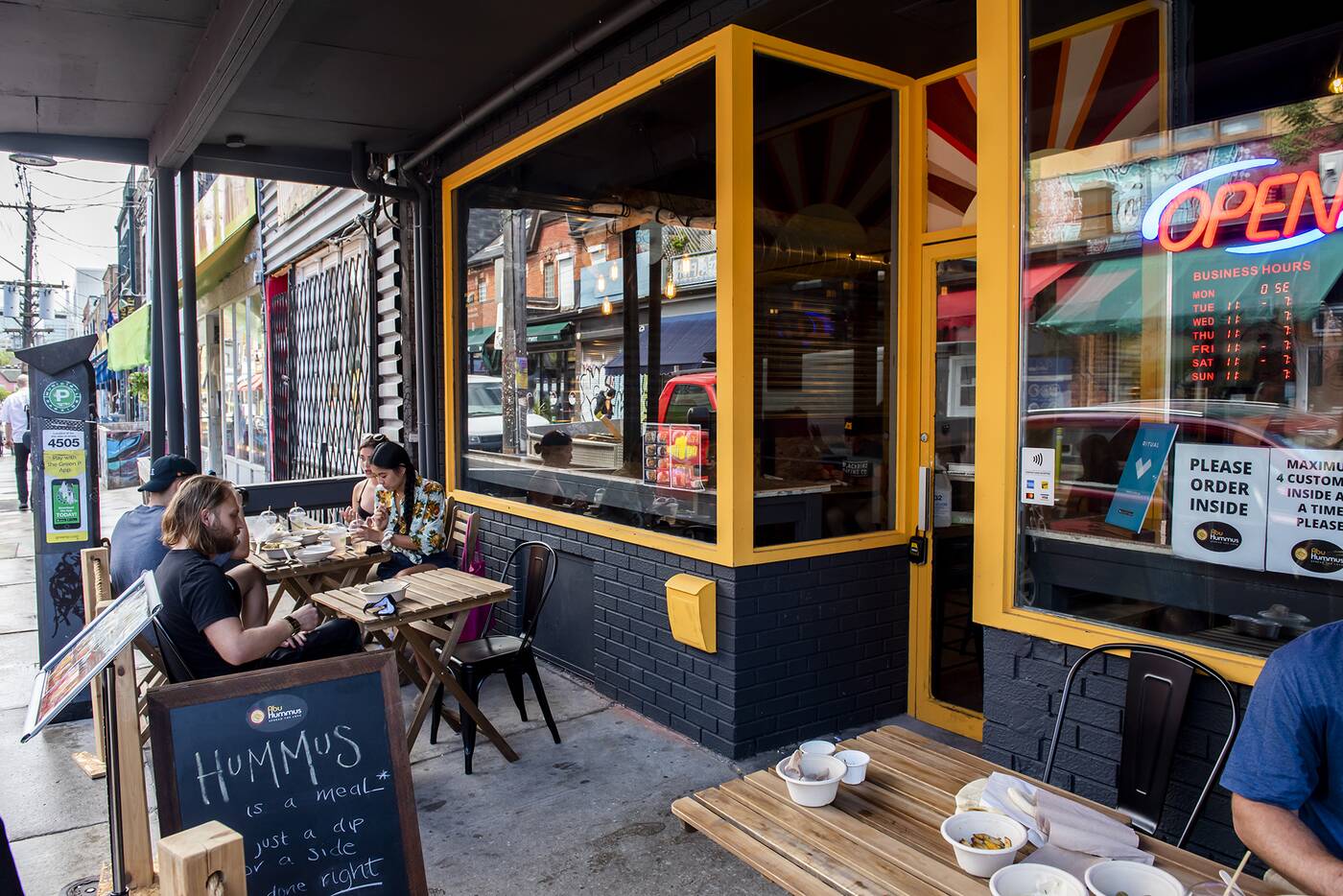 Organic chickpeas, imported from Turkey, are meticulously selected. Anything less than perfect is chucked. Those that pass the test are soaked and boiled in a giant vat in the kitchen. 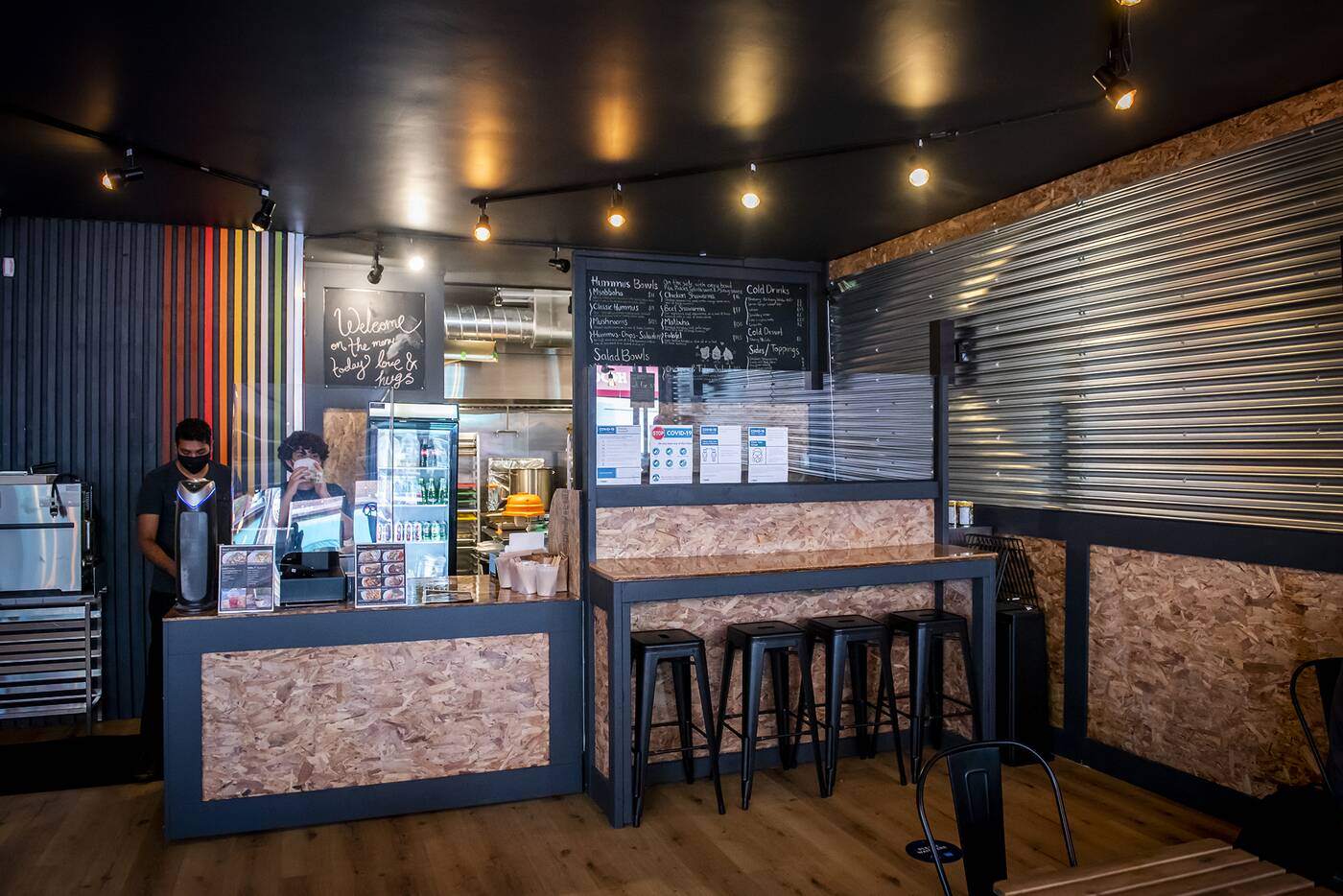 Around 25 kilos of hummus is made every morning but none ever makes it to the next day.

Everything is made from scratch daily to maintain freshness and to avoid the weird bloating effect of old gaseous beans. Anything leftover gets donated to locals in need. 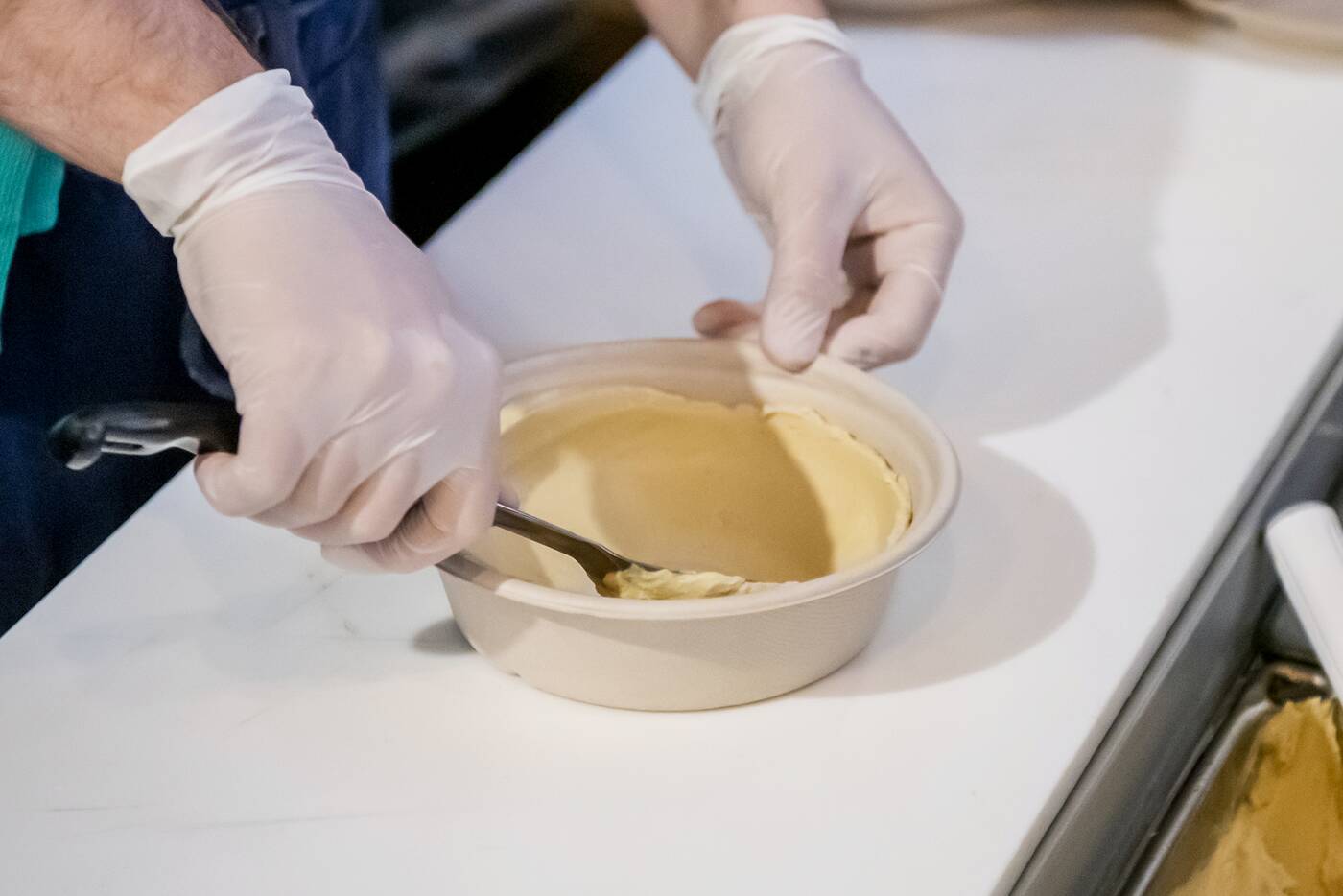 Abu Hummus' owners say the name draws inspiration from some of the Middle East's hummus OGs. 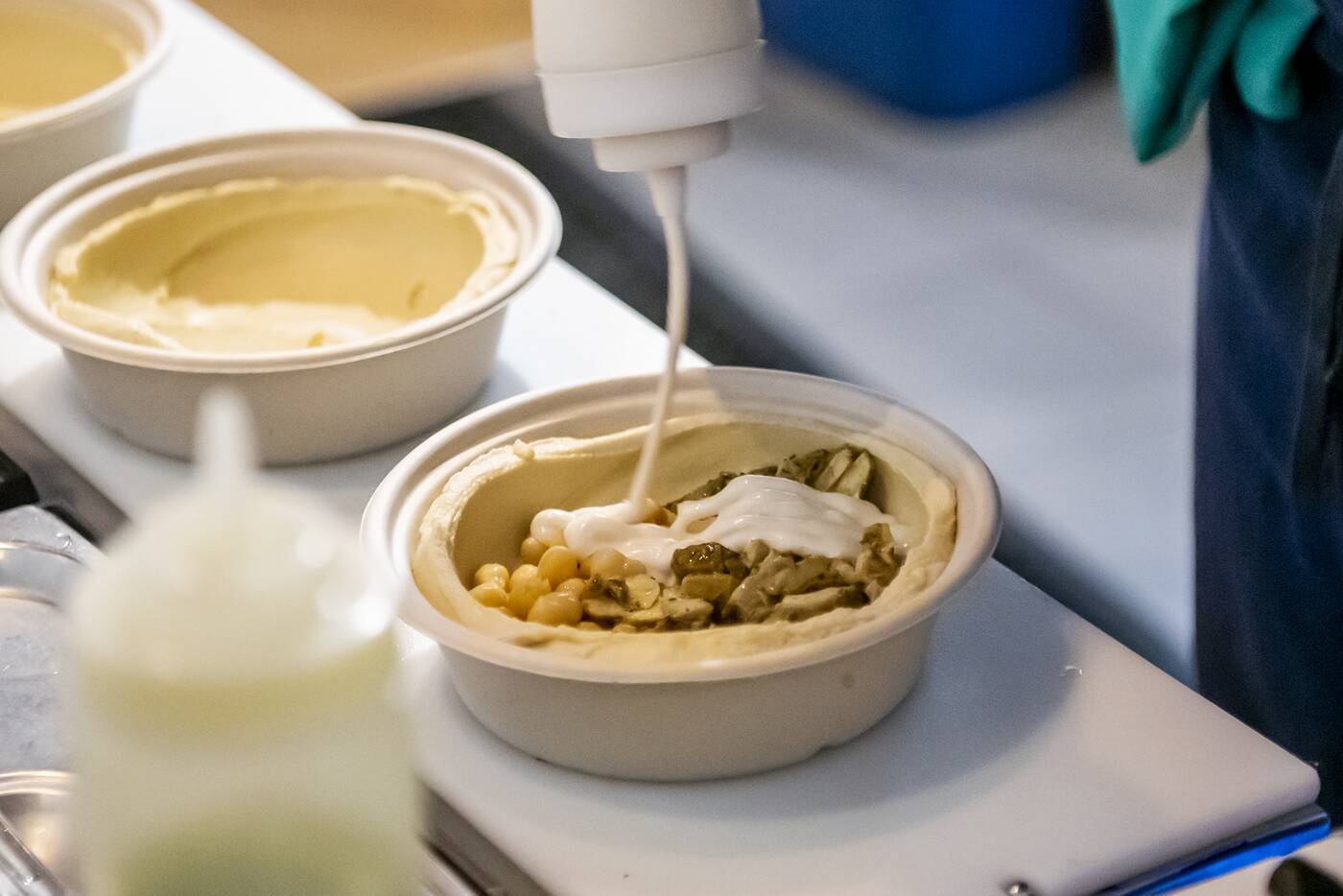 Then there's the corrugated metal design inside the restaurant, another ode to someone the Israelis call Gingi.

Allegedly this redheaded man is still out in the middle of a field, pumping out some of the best hummus from his kibbutz shipping container. 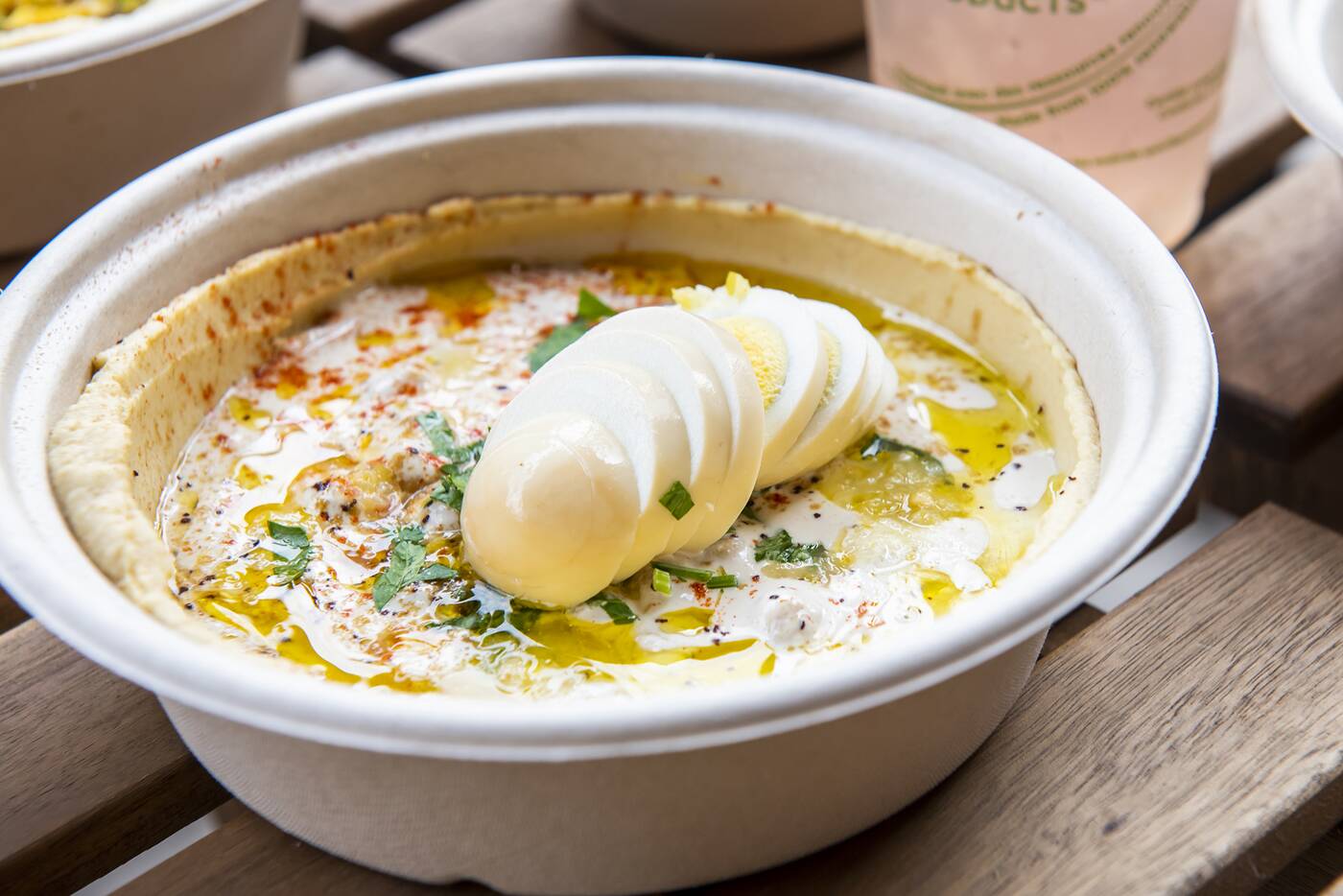 The restaurant is all about its chickpeas and hummus bowls galore. There are around eight on the menu, each lined with a layer of their flavourful spread. One signature is the Msabbaha ($11), which translates to "swimming" in Arabic. 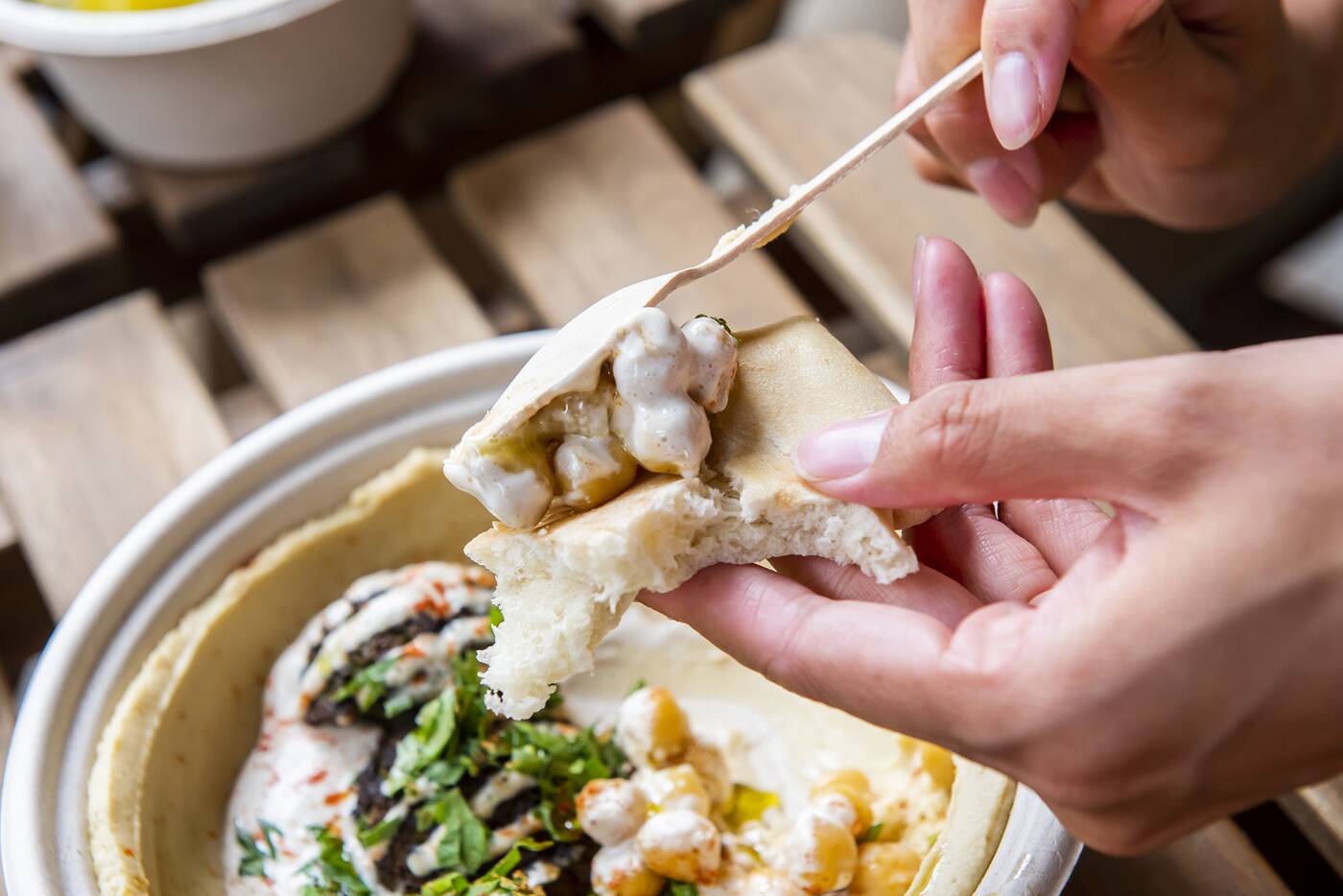 Especially popular in the Levant, chickpeas in this dish are left whole and drowning in rich tahini and olive oil, hence the name. It's topped with a sliced boiled egg. 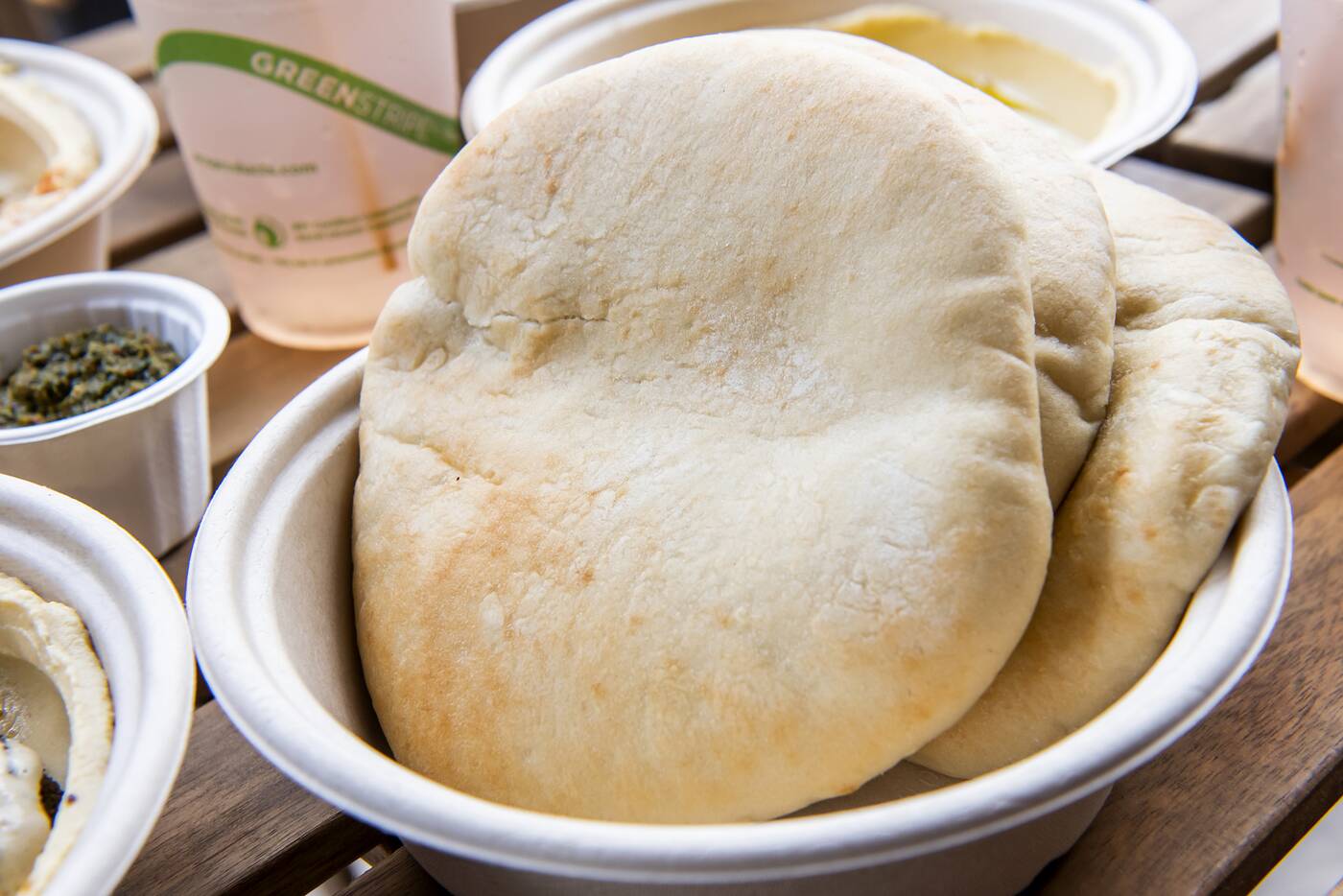 You have to get the pita: for $1, these stretchy, almost gooey pieces of bread are delicious when piping hot. 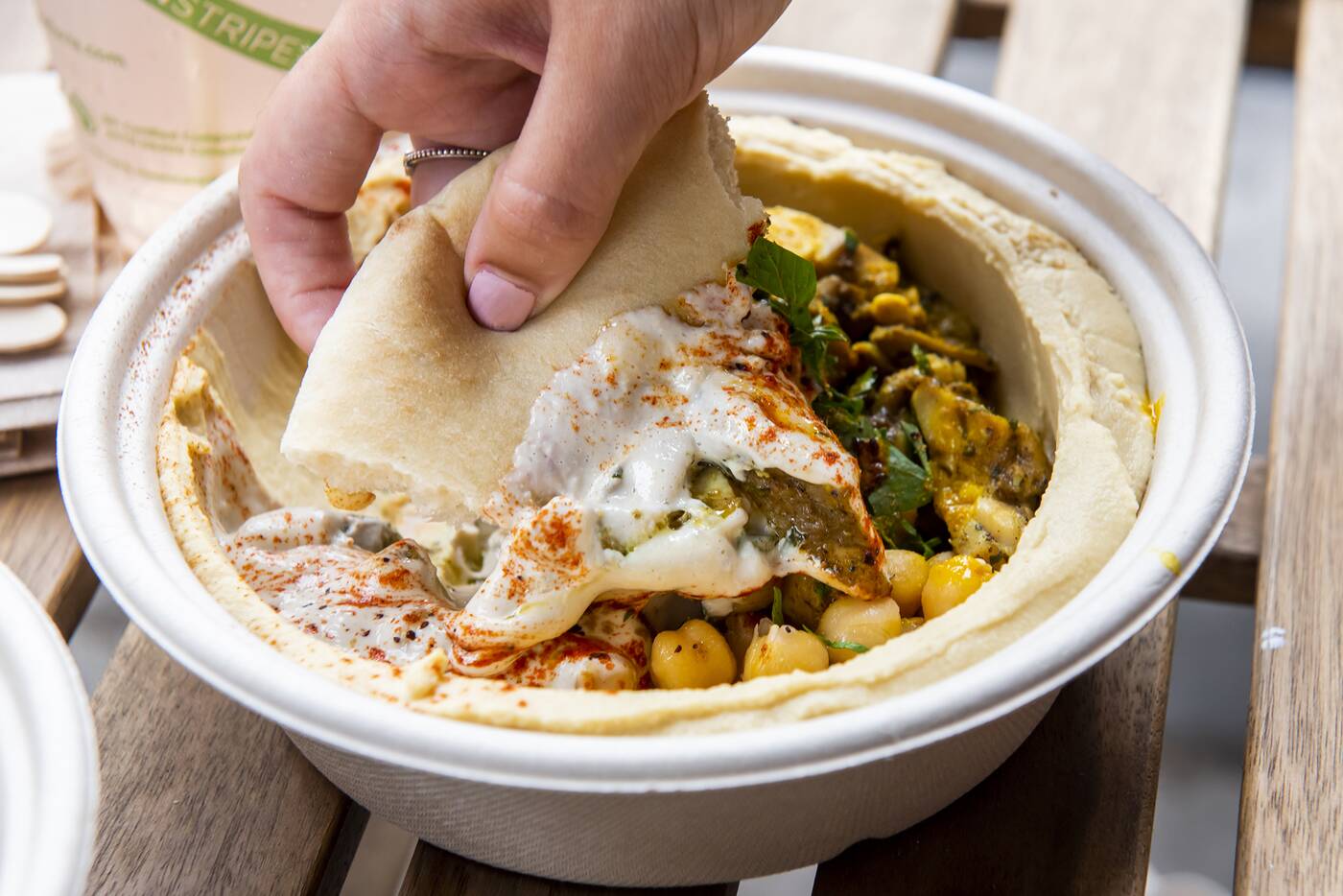 Chicken shawarma is actually oven-baked rather than roasted on a spit. A bowl of this cumin-and-turmeric-spiced recipe ($16) comes with amba mango sauce and hummus. 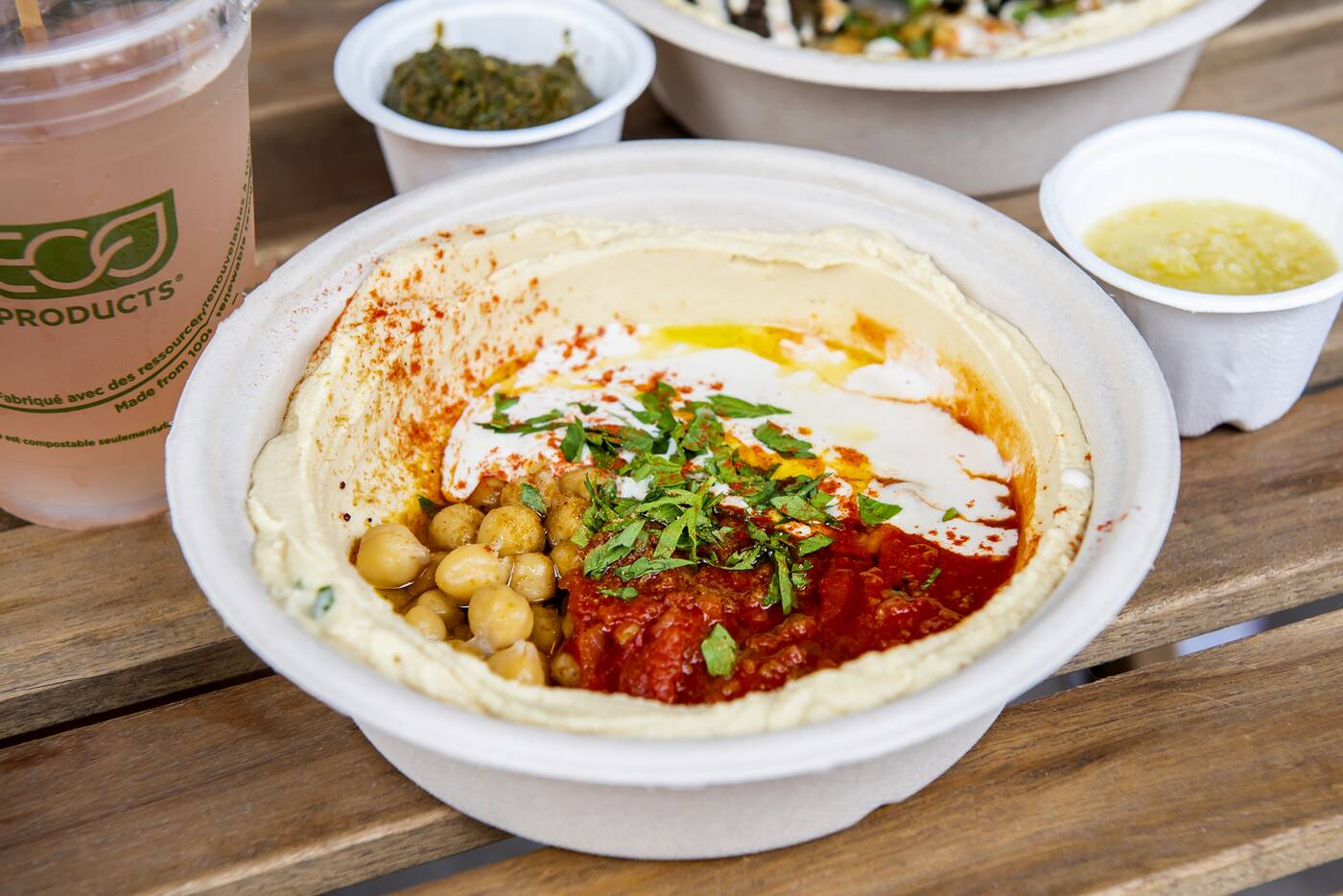 Matbuha is a popular tomato dip traditionally found in Morocco but highly popular in Israel, using tomatoes, roasted bell peppers and plenty of spices. A bowl is $17. 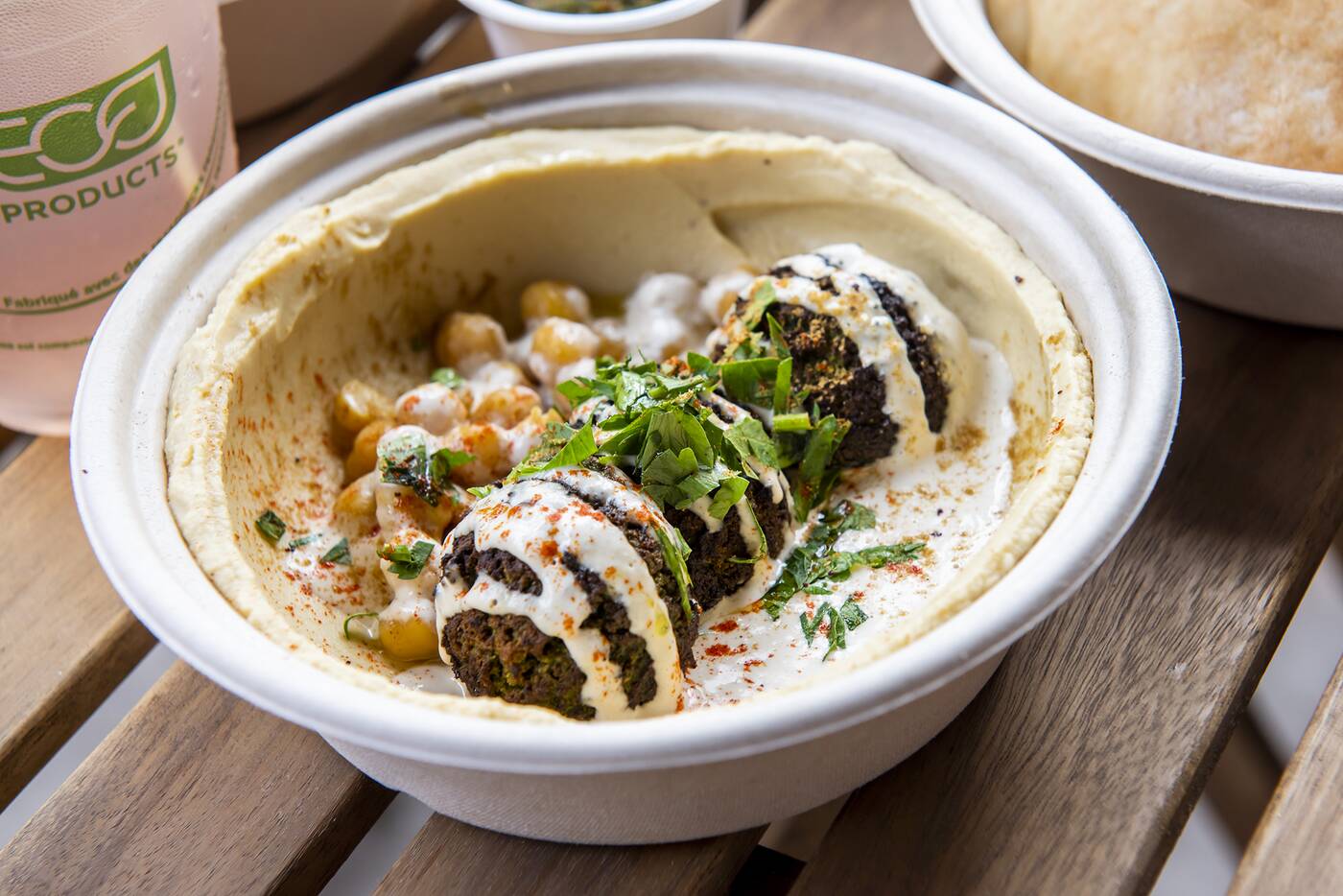 Also oven-baked is the falafel, which is more dense than any other chickpea variation I've tried. The ones at Abu Hummus are a vibrant green, and it's no less tasty than other deep-fried versions.

A side of zhug (a cilantro and parsley hot sauce hailing from Yemen) is to die for. The tatvila, made with pickle juice and chili, is another hot sauce with more tang. 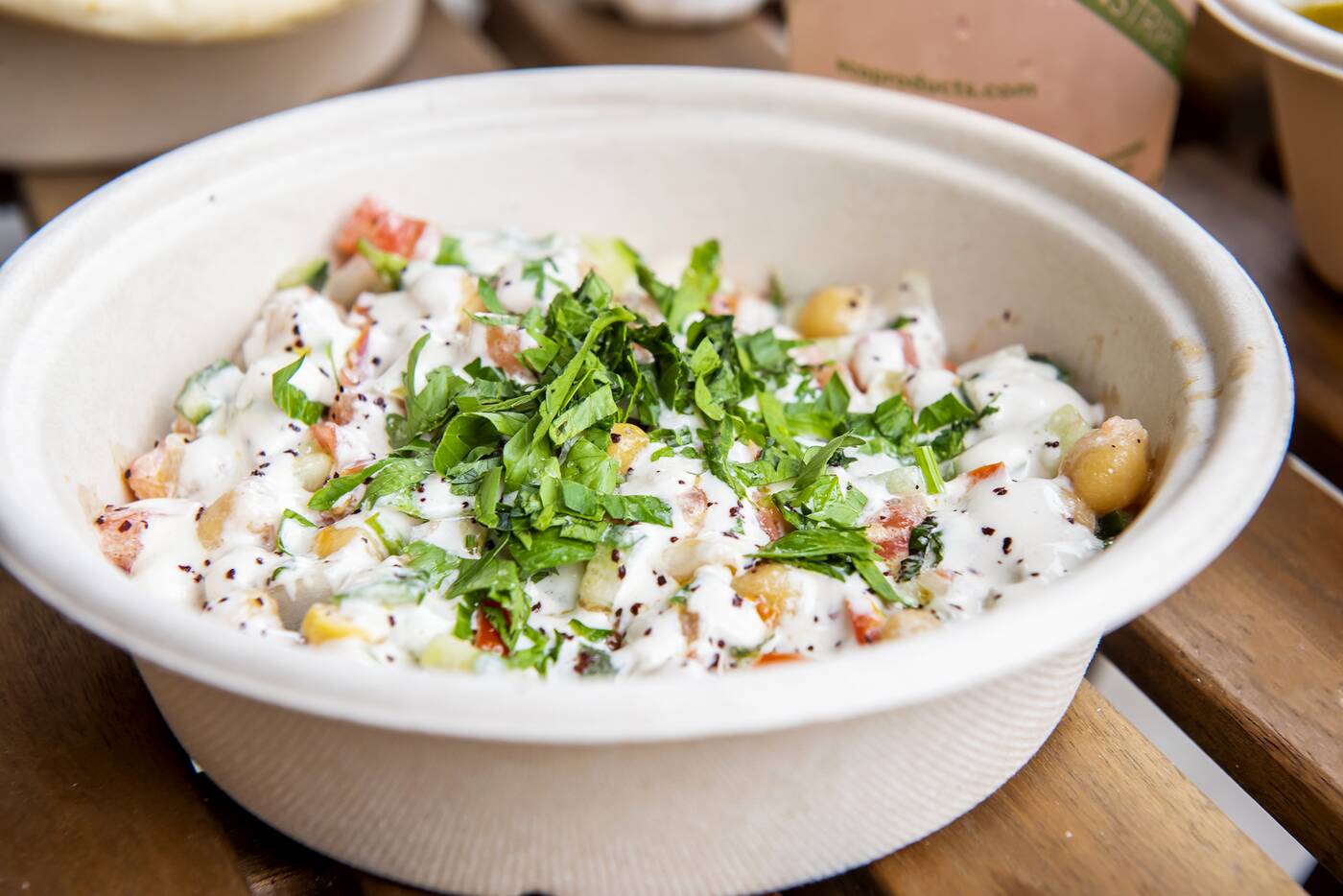 A chickpea and tahini salad ($13) is a fresh mix of diced tomatoes, cucumbers, white onion and parsley with a seasoned tahini. Braised chickpeas sit on top. 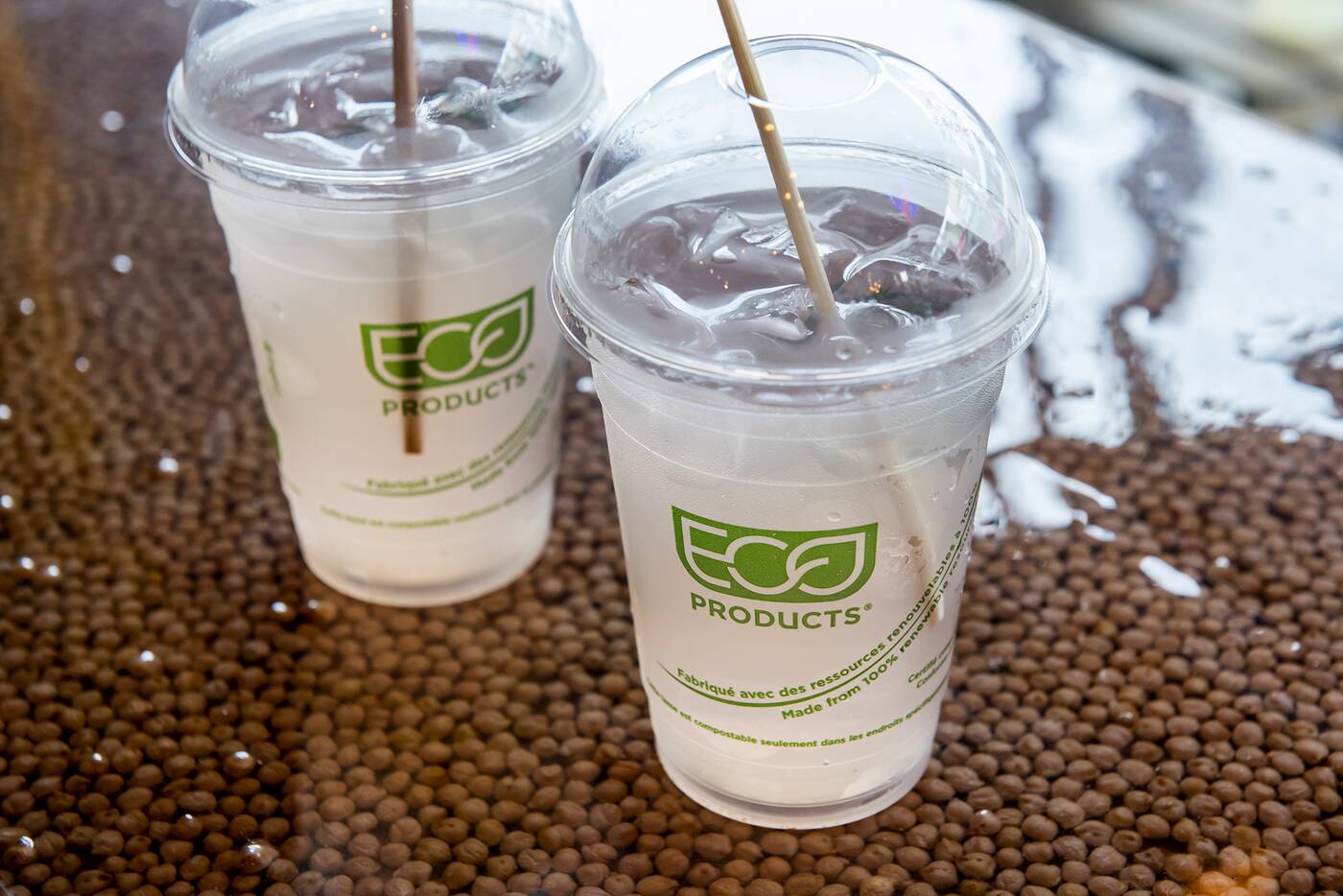 Drinks include a housemade blueberry and raspberry water kefir ($2), which is light on the flavour but refreshing nonetheless. 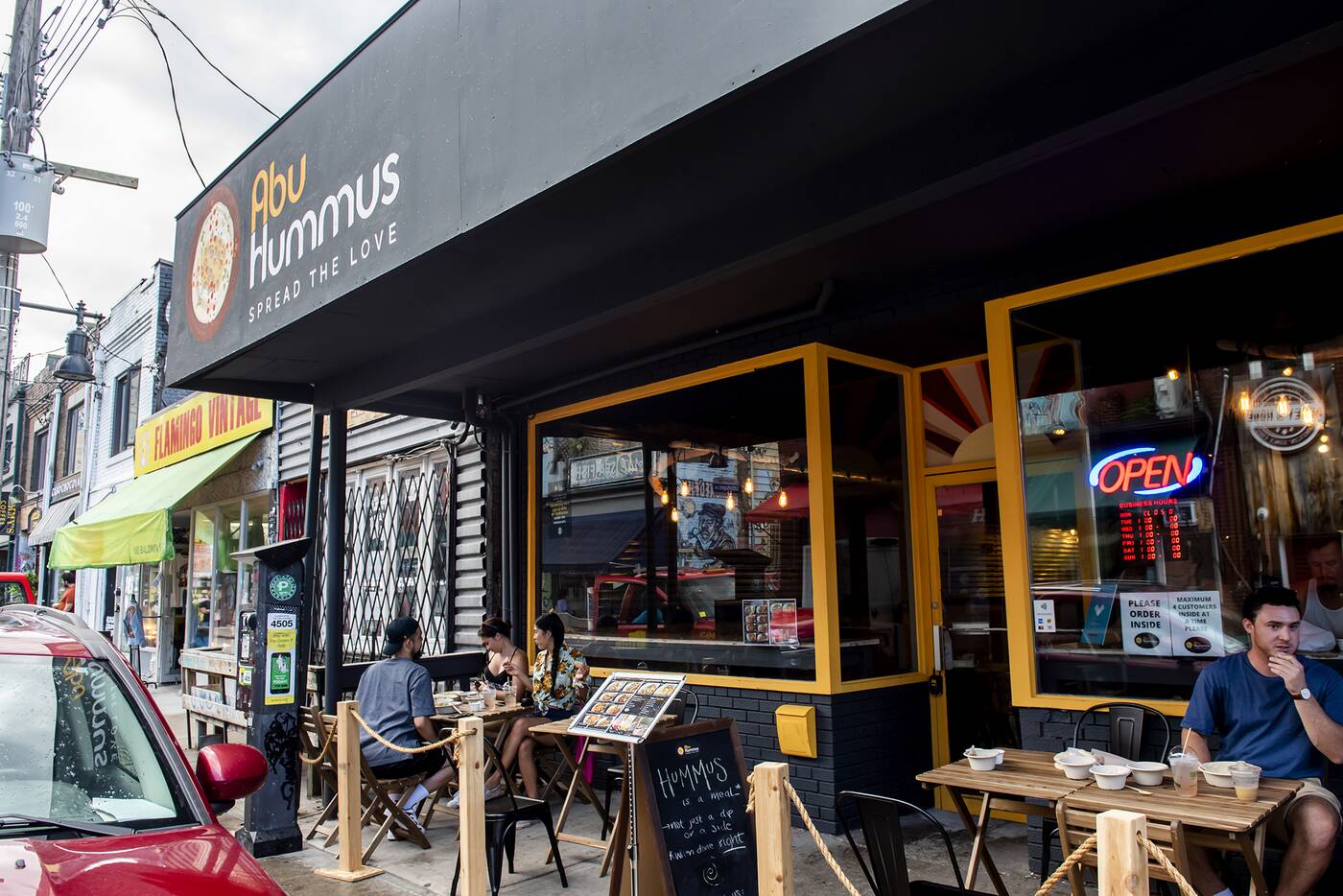