1 Love Kitchen is a Caribbean takeaway counter taking over the former home of the Healthy Greek on Queen West. Like the fast food joint before it, the vision behind this new spot takes a health-oriented approach.

Owners Andrew Blazewicz and Rio Souza aspire to share their love of island flavours but veer from the traditional by offering a quinoa alternative to rice and peas, substituting cooking oils with coconut oil, and not relying on added salt to enhance flavours. 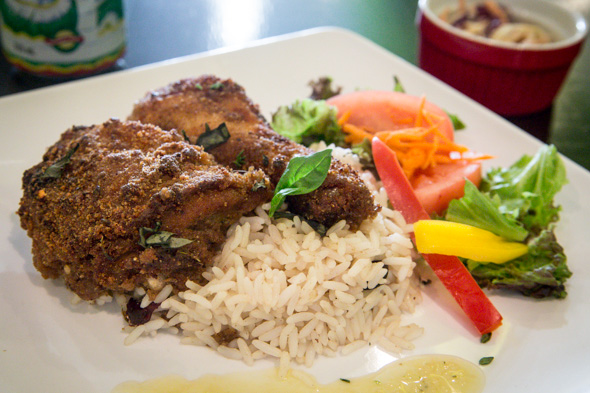 It's not advertised anywhere, but having been told of their health-conscious bent, I'm anticipating bland, under-seasoned food. That's thankfully not the case with the baked crispy chicken ($9.50) which tastes most prominently of coconut milk and benefits from a dredge in a house blend of spices. It's cooked well, the skin crispy as promised and the flesh moist.

The char-grilled jerk chicken ($8.95) is good, too. There's nothing amiss in this dish and the scotch bonnet peppers add a nice kick. The meat is especially tender and the quinoa and peas (add $1) is fluffy and infused with the richness of coconut milk. 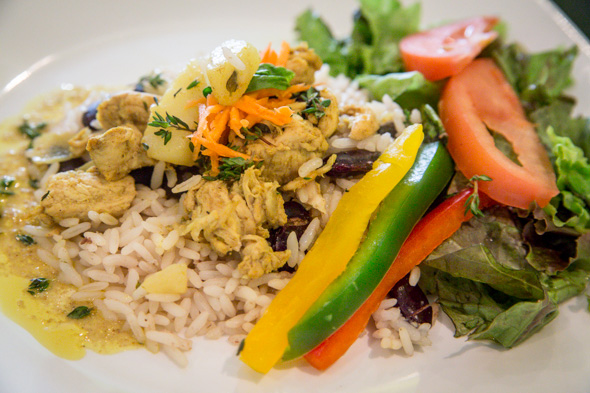 The coconut curry chicken ($9.25) is the one dish that might have had me reaching for a salt shaker. The chicken, this time boneless and skinless, is tougher and drier, and the coconut milk curry sauce absorbs immediately into the accompanying rice with beans, so it doesn't have the opportunity to revive the poultry. 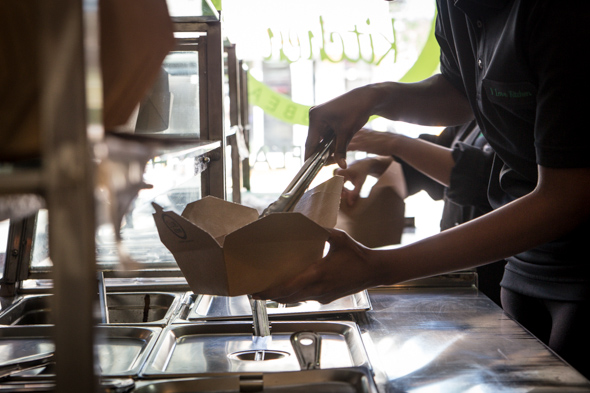 Each of the entrees comes with a choice of salad, creamy cabbage slaw or fried plantains. Priced at under $10, it's a pretty satisfying menu. 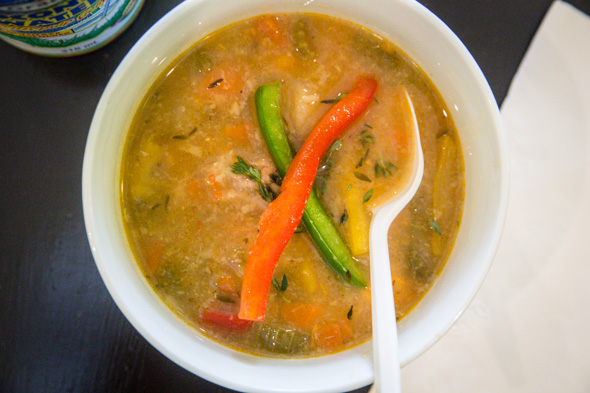 Today's soup ($4.75) is a chicken stock base stewed with potatoes, carrots, onion and celery. It's spicy and packed with flavour. At the bottom of the bowl I find a chicken wing meant to make the liquid lunch a little more substantial, though not the kind of thing I'd want to pull out with my fingers to eat if I had brought it back to an office setting. 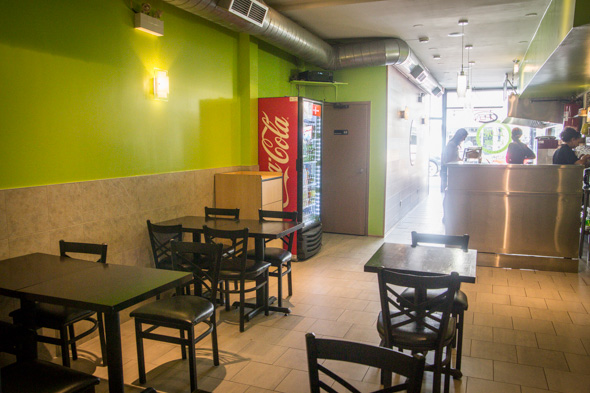 For those that would like to sit and stay, once you squeeze past the hot counter, there's casual seating for about 30.

1 Love Kitchen is currently open 11am to 8pm from Monday to Saturday. Delivery via JustEat is expected to launch in the coming weeks. 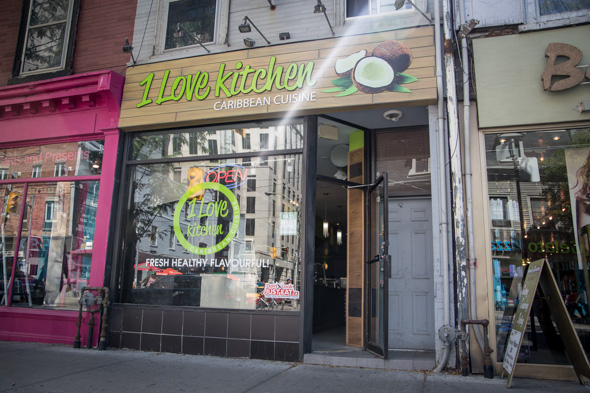