Only a week into 2023, and Toronto already has its first major skyscraper proposal of the year.

A new development application landed with City planners in early January, seeking a sweeping redevelopment of the properties at 646-664 Yonge Street and 2-4 Irwin Avenue, just northwest of Wellesley subway station.

It's a block home to a collection of current businesses, including Butter Chicken Roti, CoCo Fresh Tea & Juice, and Koyoi. 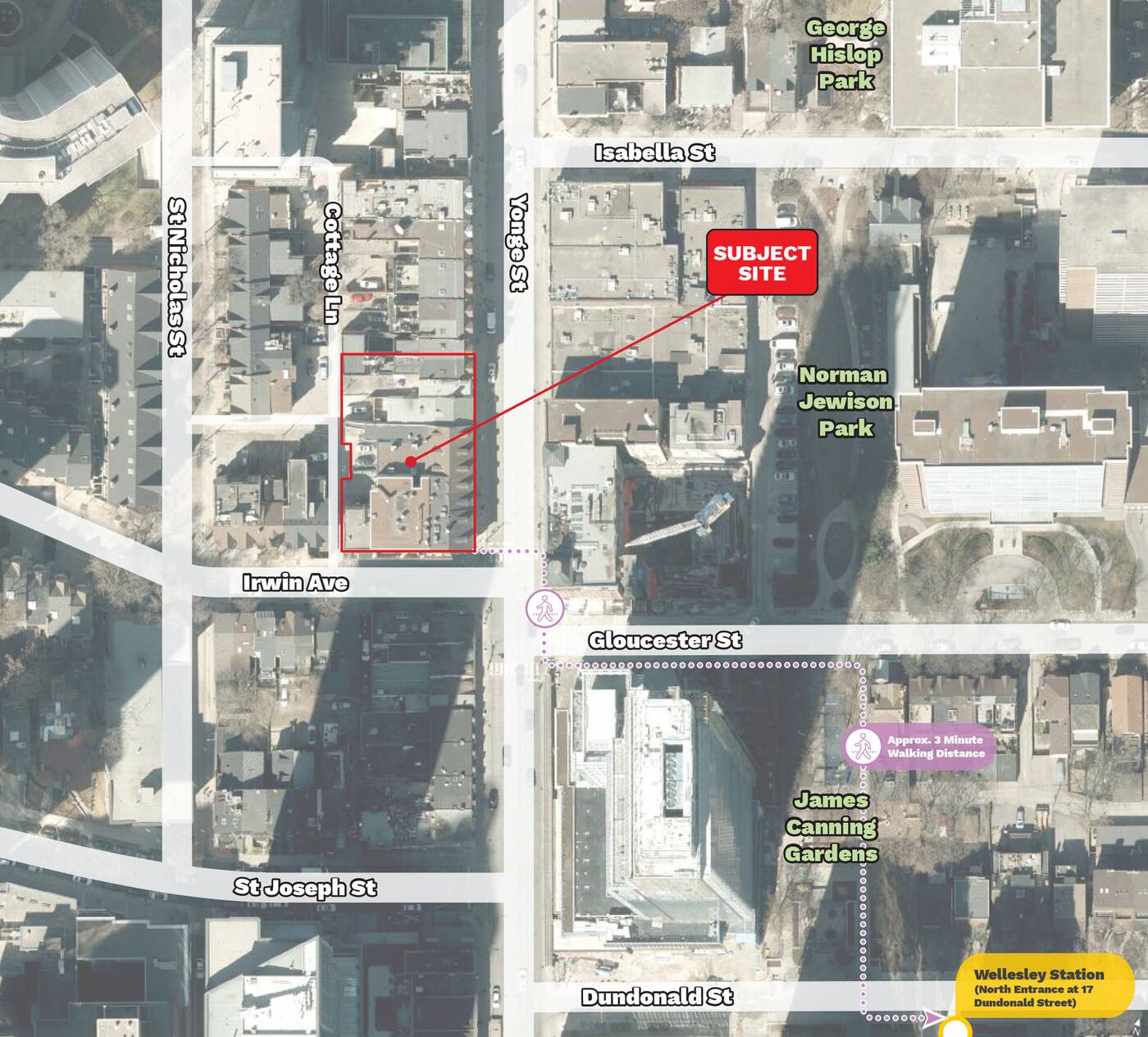 Developer KingSett Capital intends to utilize a mixed approach of reconstruction, restoration and rehabilitation of the existing heritage buildings on site as a base for a soaring new condo tower, designed by renowned Chicago-based firm Adrian Smith + Gordon Gill Architecture (AS+GG).

The proposal rises to a staggering 75 storeys with a height of 254 metres measured to its architectural peak, which would stand as Toronto's seventh-tallest building if completed today. 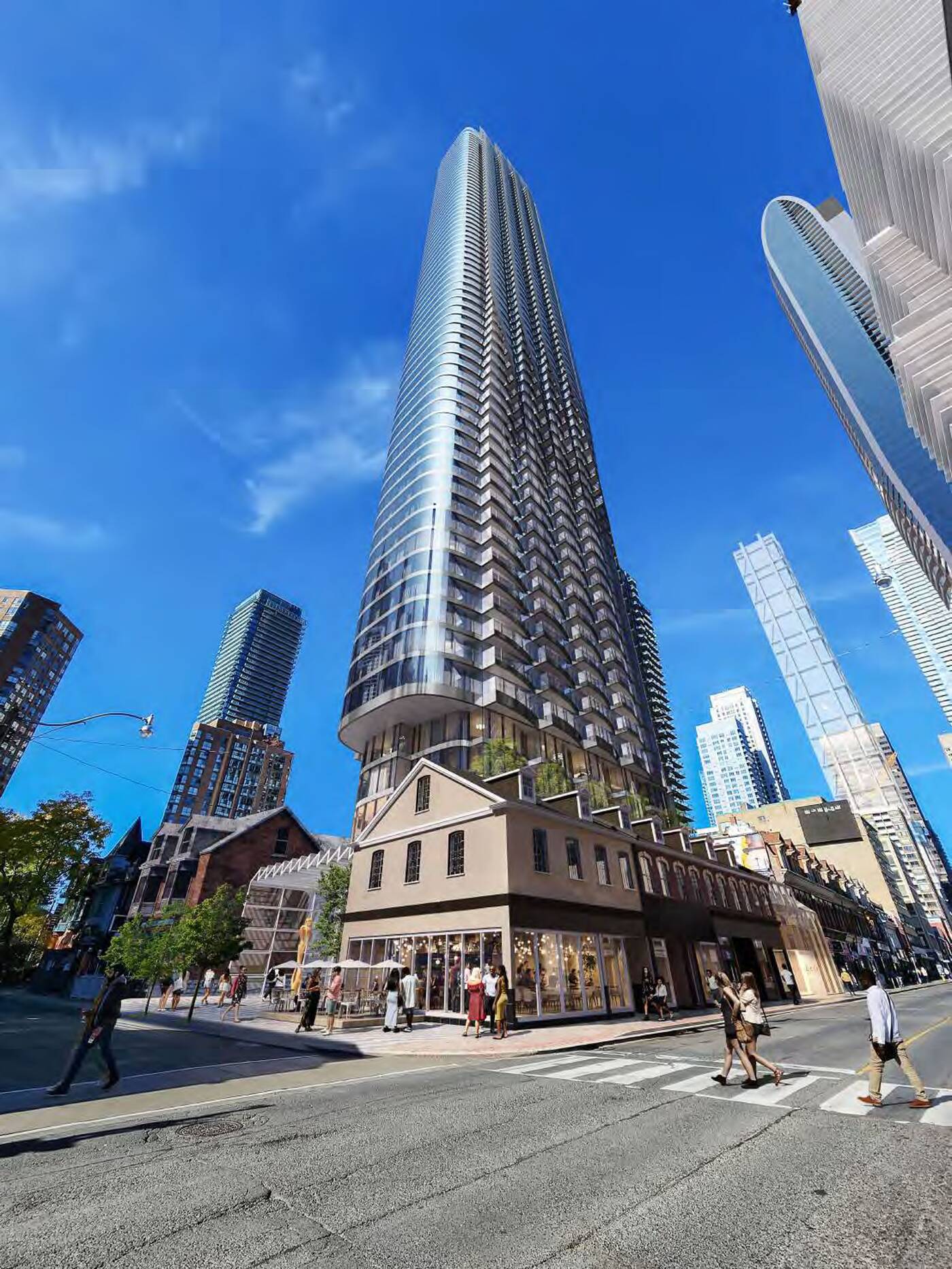 If approved, the tower would result in a massive influx of condominium units for the block, with 548 condos along with 15 rental replacement units planned across the over 44,000 square metres of proposed residential floor area.

These units are planned in a breakdown of 83 studios, 326 one-bedrooms, 80 two-bedrooms, and 59 three-bedroom units.

Residents of these units would have access to a pretty spectacular amenity in the form of indoor and outdoor space perched 75 storeys above the city, giving residents on all floors of the tower access to the typically exclusive views of high-floor residents.

The remaining 500 square metres of space is planned as retail space along Yonge Street within the retained heritage frontages. 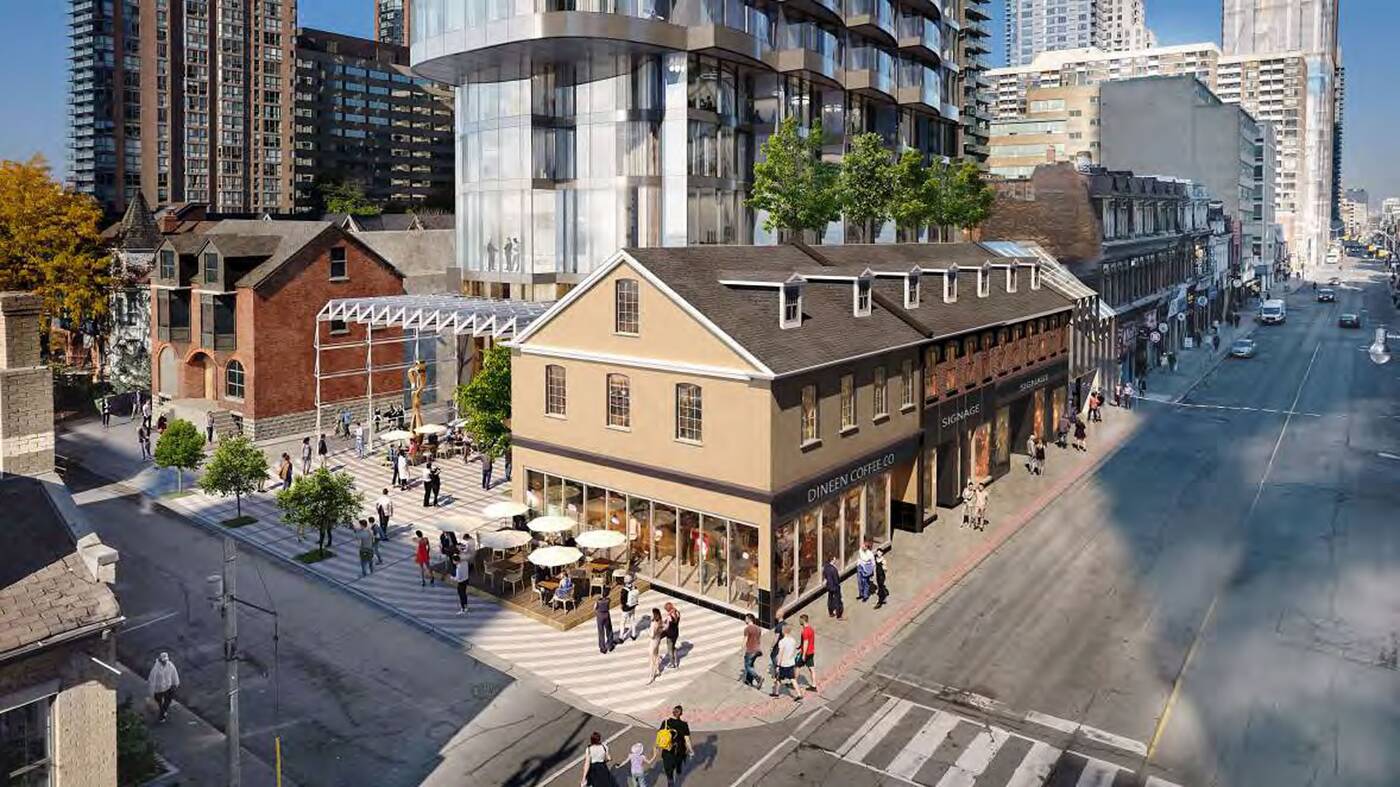 Included in the renderings is a hint that Dineen Coffee Co. could open another Yonge Street location within one of the retained storefronts. 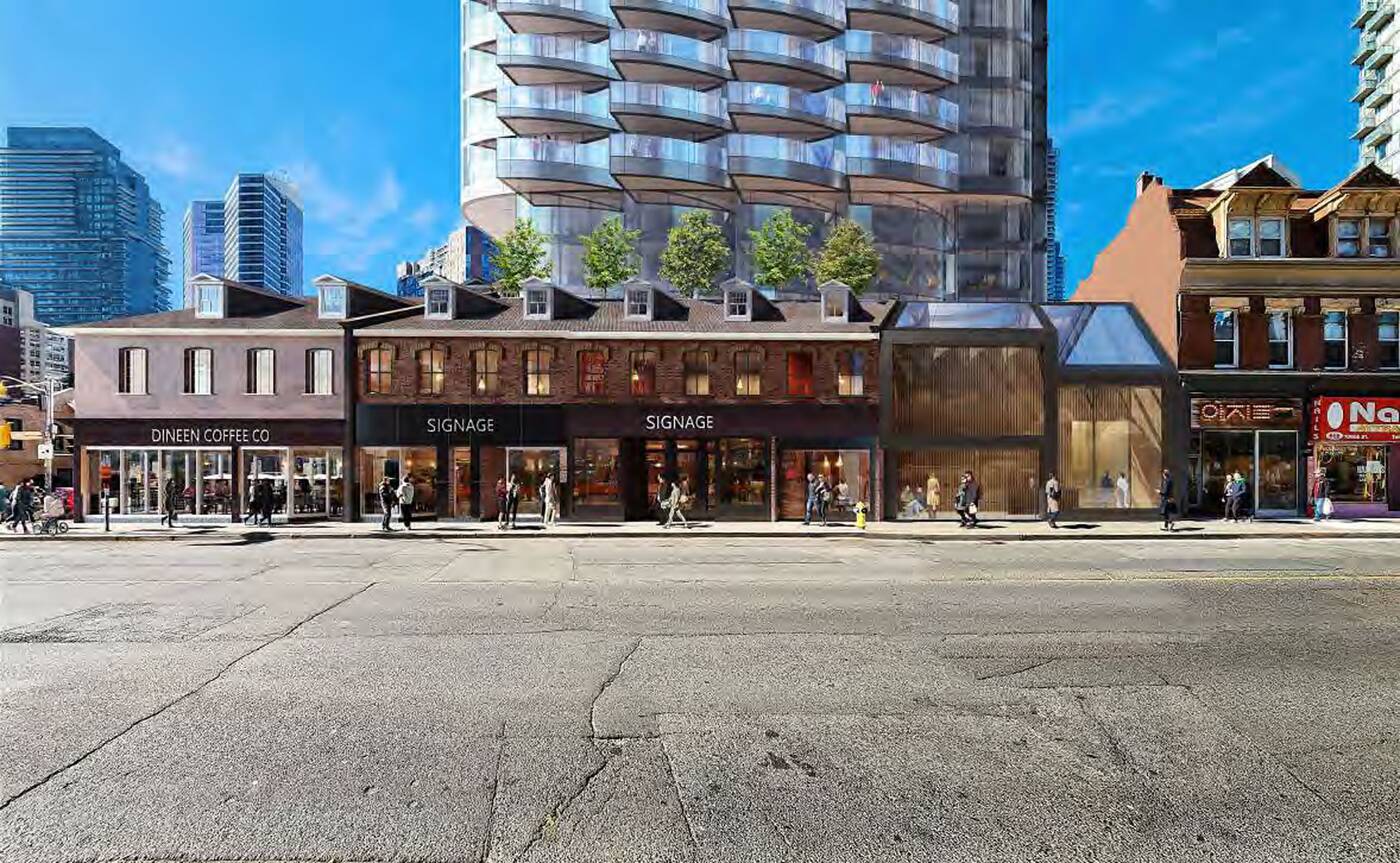 Other buildings would not live on through rehabilitation or reconstruction, like the existing commercial property at 4 Irwin Avenue, which would be demolished to accommodate a proposed lane widening and a new public space. 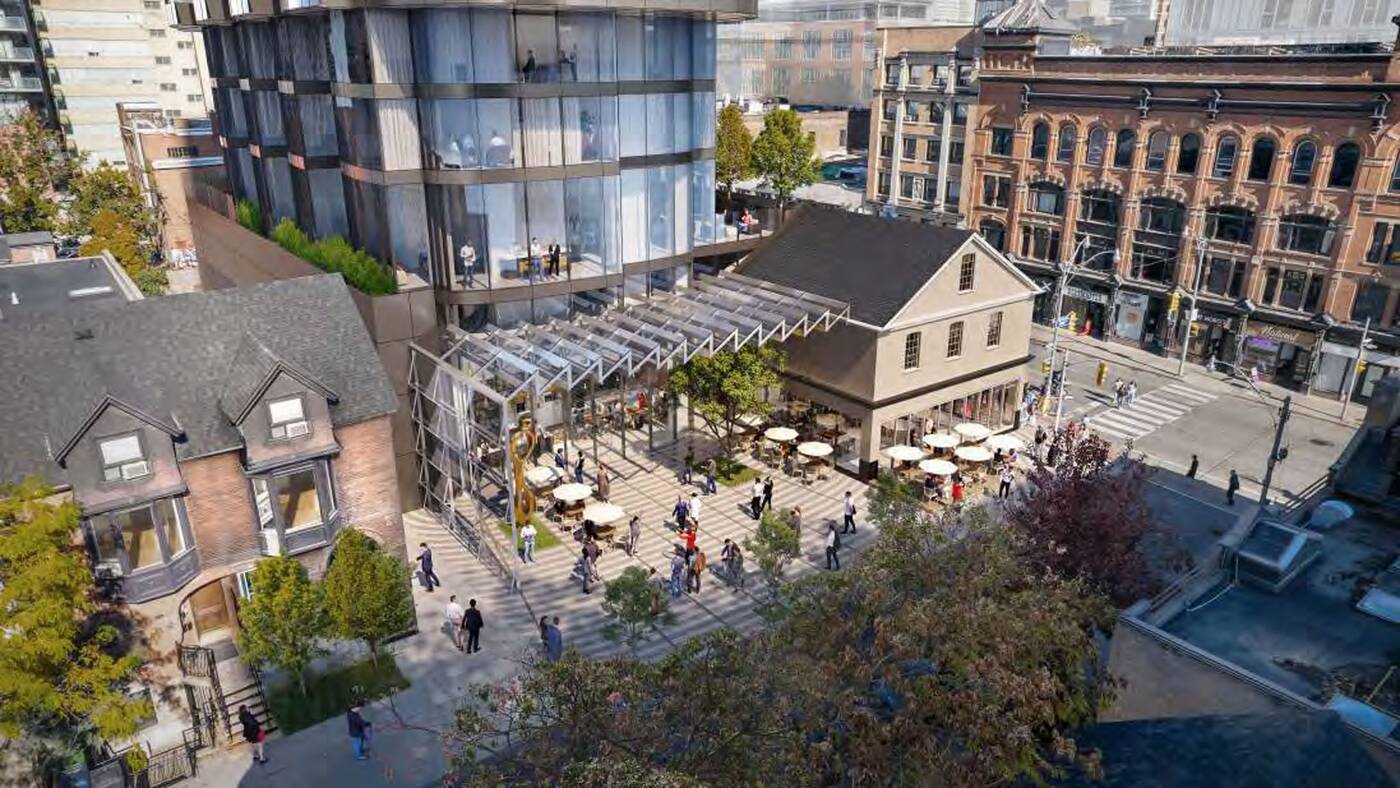 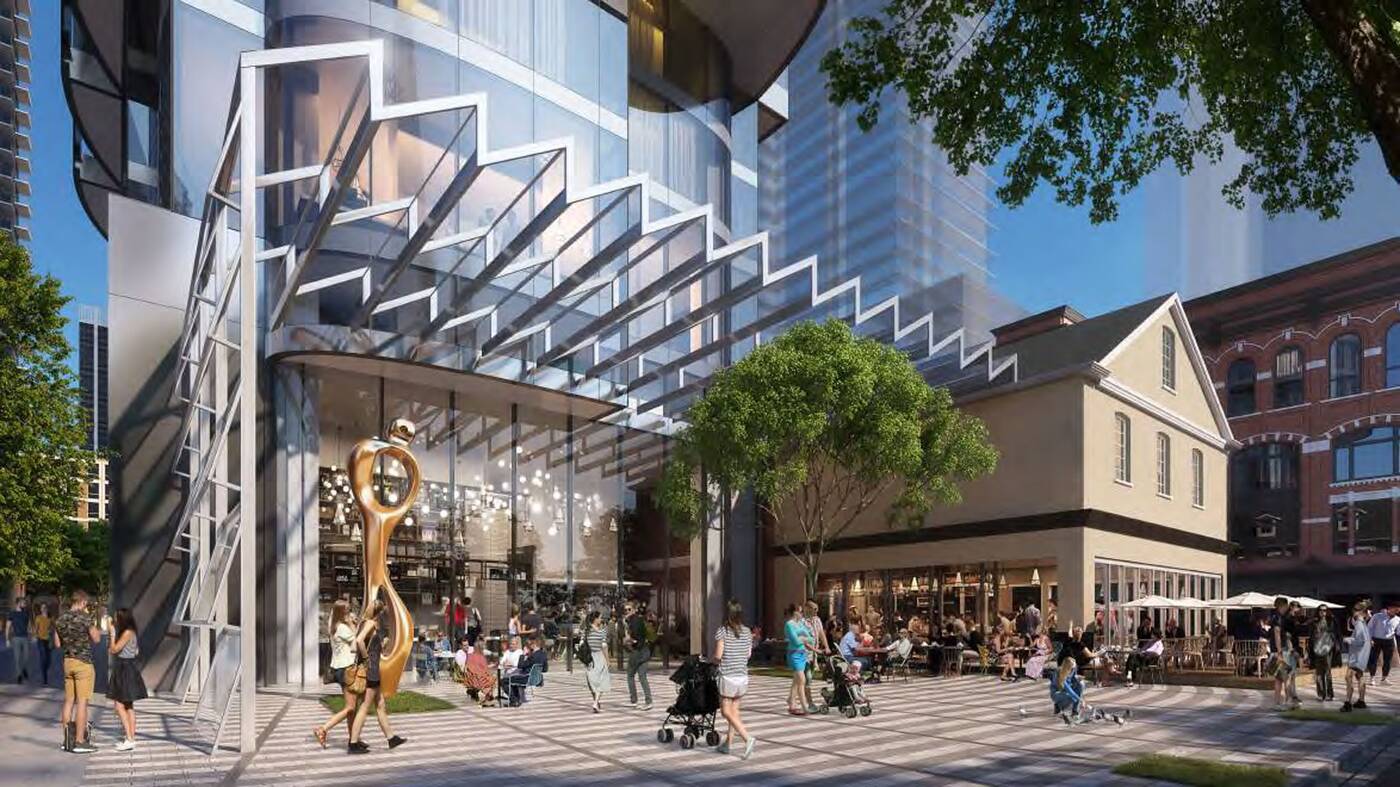 The project comes on the heels of another proposal from the team of KingSett Capital and AS+GG proposed in 2022, located just across the street at 645 Yonge.

Featured heavily in renderings of the new tower, the standing proposal bears several architectural similarities in an apparent move of design cohesion. 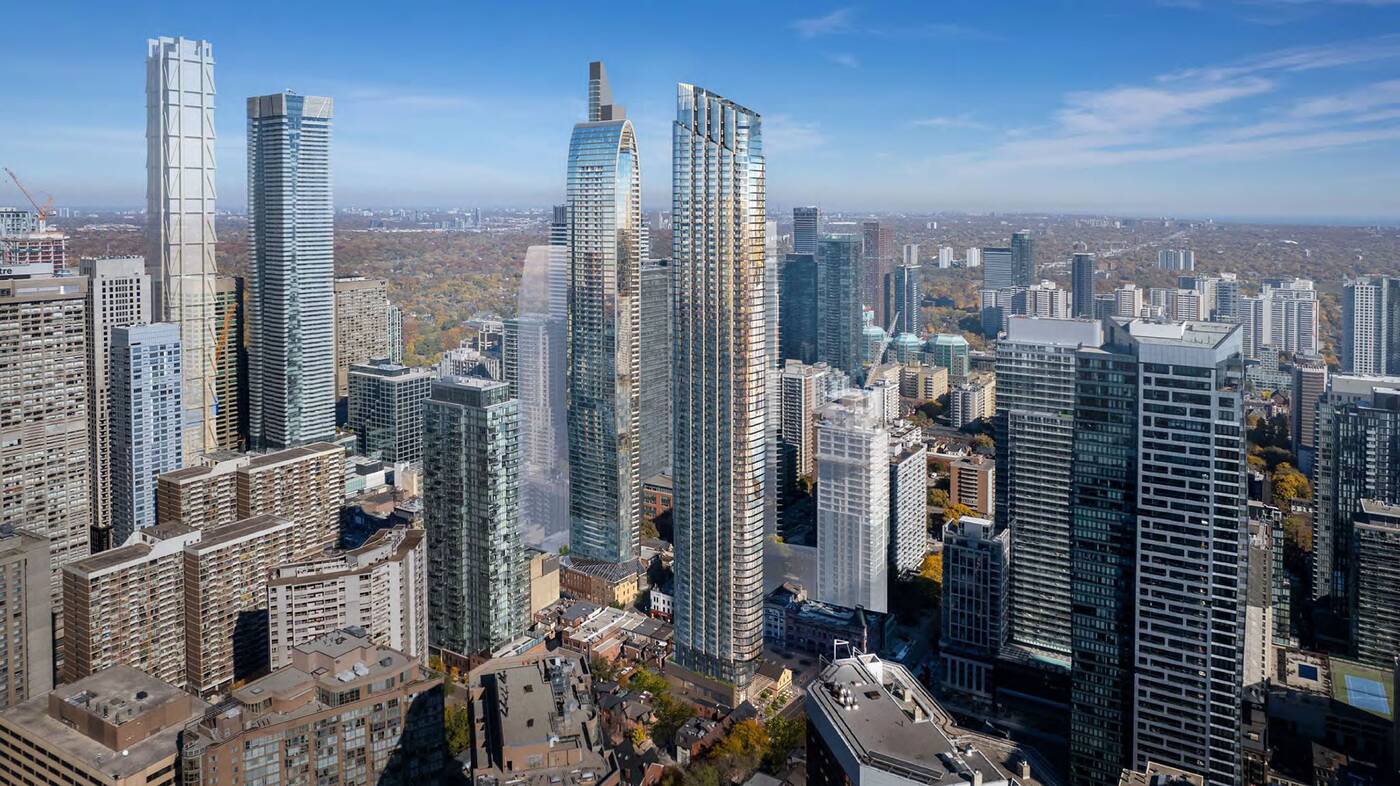 It's yet another step in Yonge Street's transition into one of the city's densest skyscraper canyons, a transformation bookended by the two current tallest construction projects in Canada at One Bloor West and One Yonge.