Hundreds of cranes litter Toronto's skyline, each one representing millions of dollars in investment.

In fact, you'll find more of these massive machines in Toronto than in any other North American city, a distinction held by Canada's largest metropolis since 2015.

There are hundreds of active construction projects in the 416, but a few ongoing projects stand out from the pack, including a pair of Yonge Street developments now duking it out for the title of Canada's tallest building.

Among them, Mizrahi Developments' flagship building rising from the southwest corner of Yonge and Bloor is visually and structurally unlike anything ever constructed in the city to date.

Approved at 85 storeys — though the developer has applied for an even loftier 94-storey height — the enormous condo and hotel tower at 1 Bloor West has been dubbed The One.

Not only is it taller than any existing building in Canada — set to be the first to earn the 300-metre-plus 'supertall' title — but the new towering landmark also features a unique design from legendary architect Sir Norman Foster, utilizing a hybrid structural exoskeleton system that wears its skeleton on the exterior.

Work on the tower commenced back in 2015, when the former Stollerys retailer on site was demolished — some argue hastily.

Construction hit some snags along the way, including a lengthy pause in work while the developer awaited outstanding approvals and permits.

There has been a steady increase in progress since those final approvals were granted in Sept 2020. 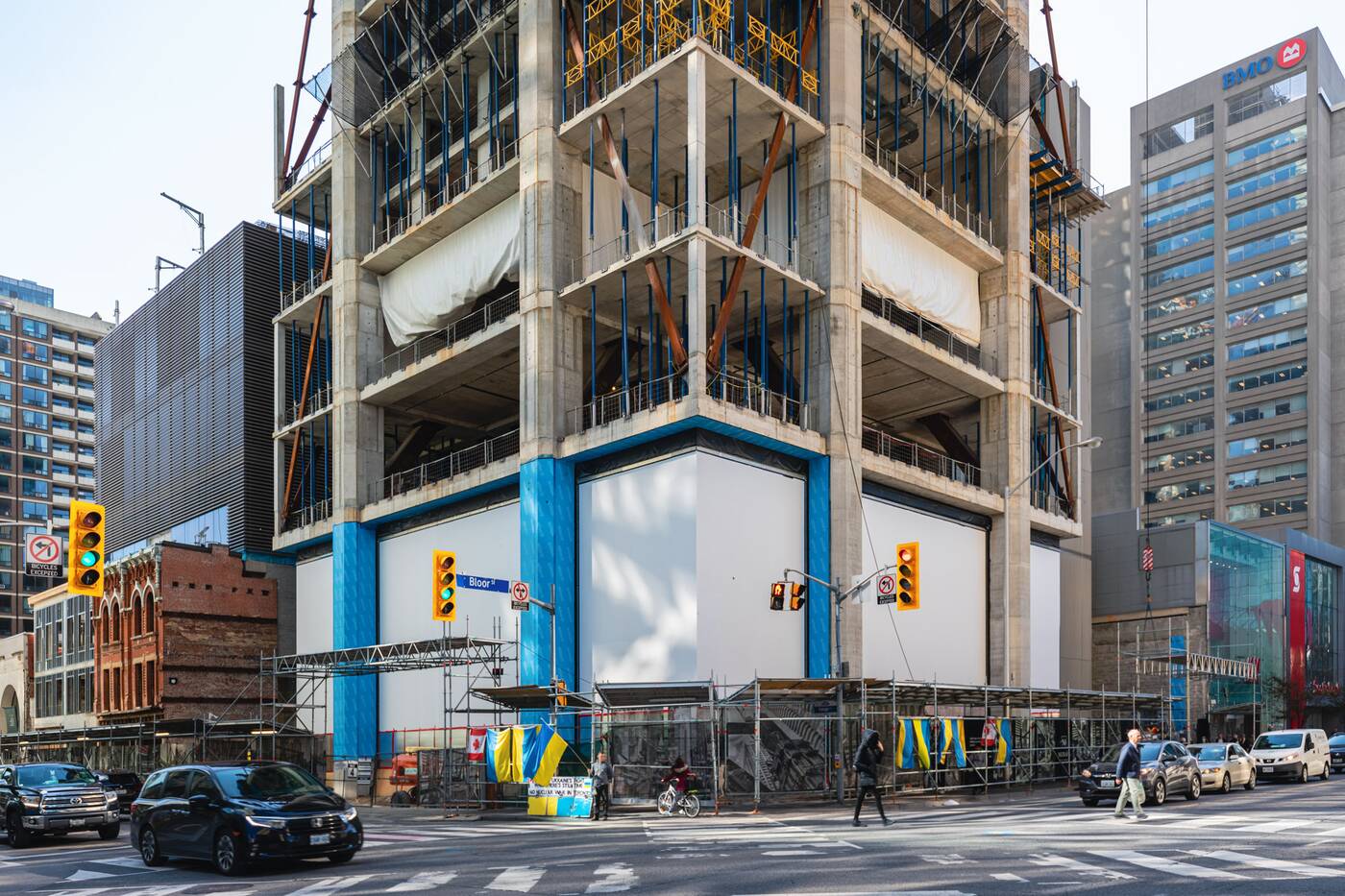 Now standing at a height of roughly 20 storeys, the tower is not even one-quarter of the way to the top, but it's already making its impact known above the corner of Yonge and Bloor. 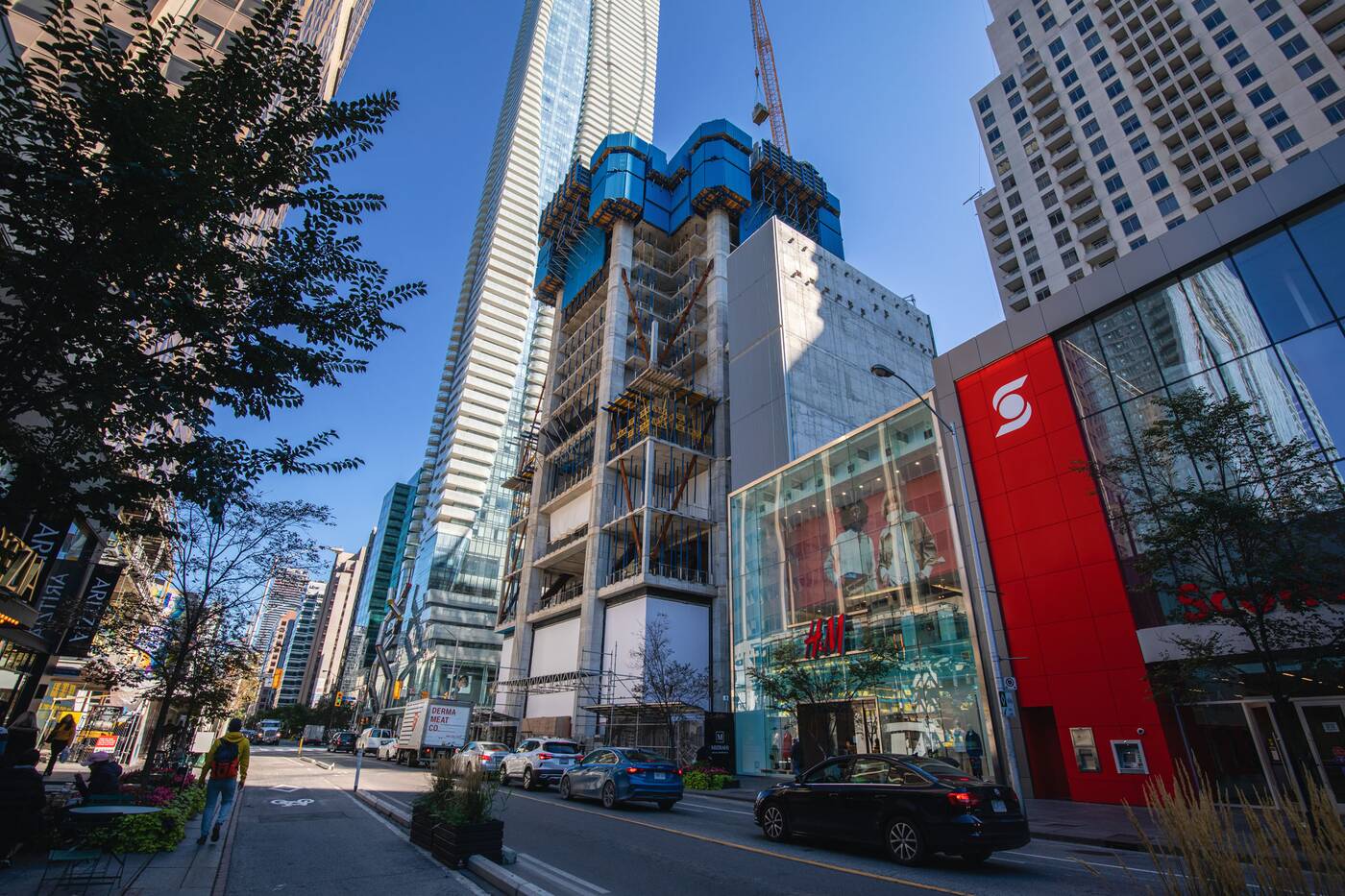 Construction has since advanced to reveal a new feature in the tower's complex structural expressionist design, as crews have begun to install the structural "hangers" that play an integral role in the exterior bracing system. 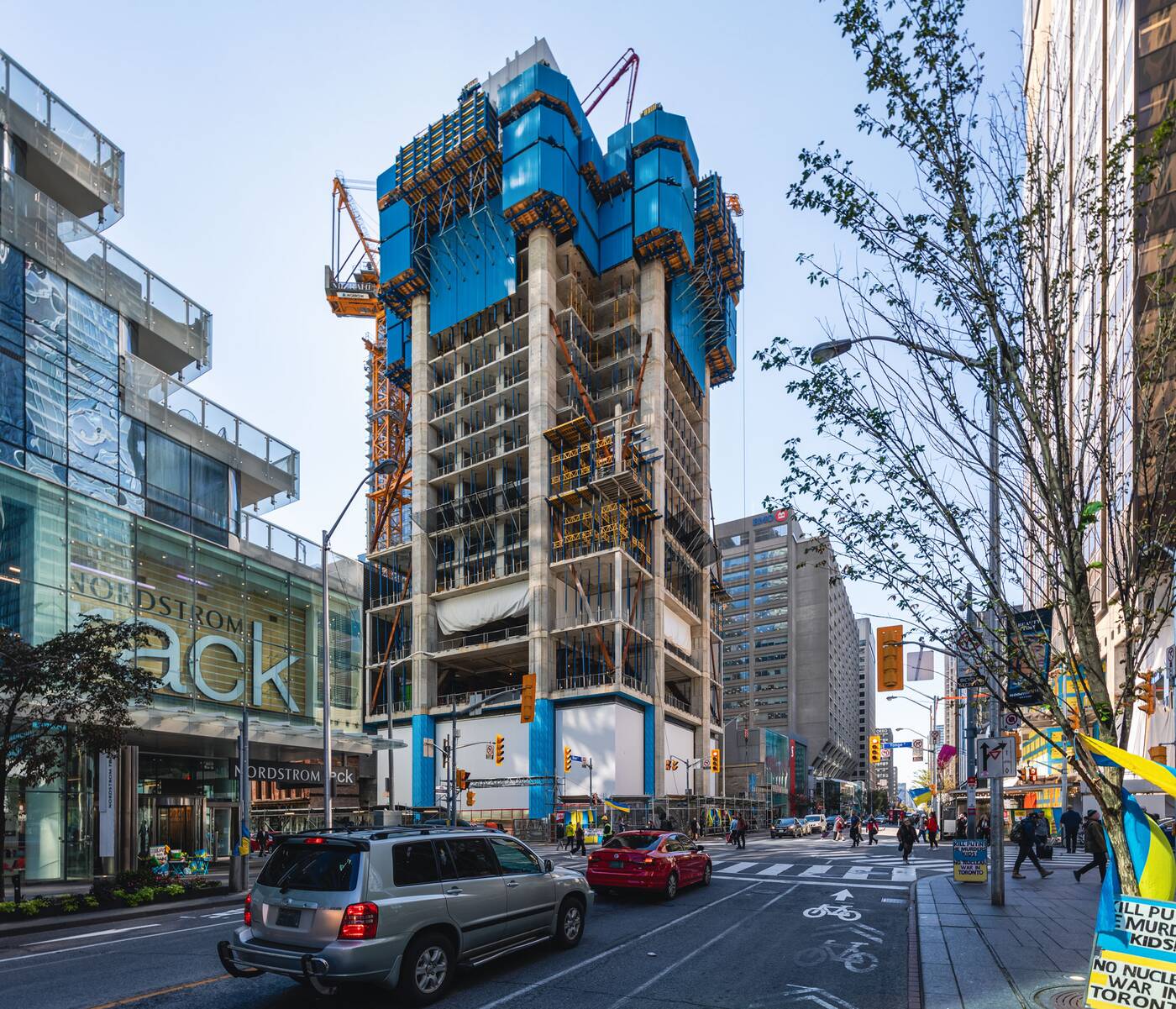 The entire basis behind this unique structural system was to allow a wide-open retail space spanning multiple storeys, destined to be the Toronto flagship retail location for tech giant Apple.

But it seems that despite the effort that went into engineering a tower around this retail space (completely devoid of vertical supporting columns) Apple has grown impatient.

Back in March, The Globe and Mail reported that Apple was suing to terminate its lease in the building. A few months later, Mizrahi released a video tour of the flagship retail space that could be interpreted as a sales pitch seeking a new tenant. 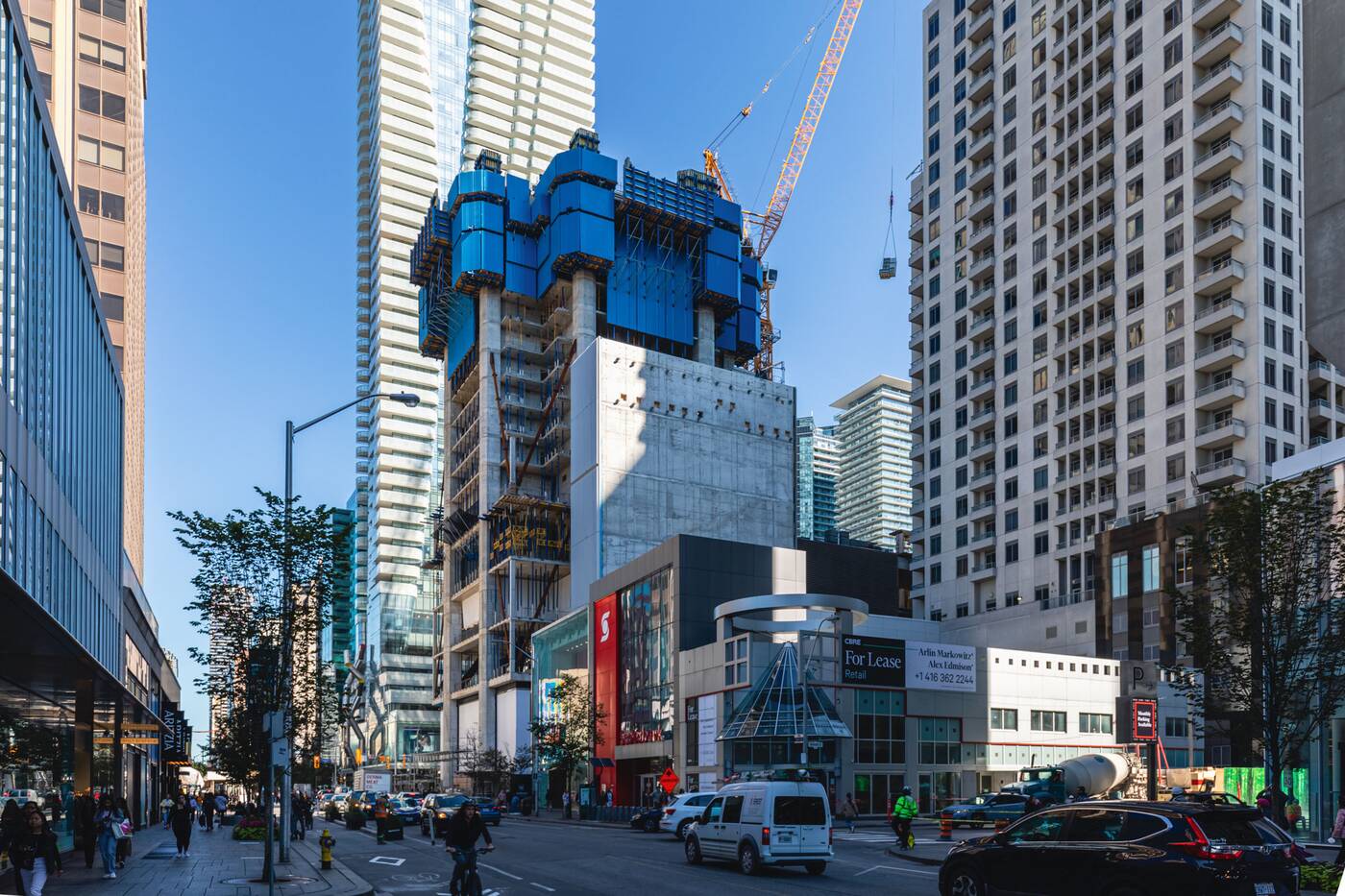 Down at the base of the rising landmark, the future retail area has been enclosed in white panels, obscuring views into the massive open space.

The project website advertises a completion date of 2023, though with the new year rapidly approaching and the tower at only a fraction of its final height, skyscraper geeks might have to wait just a bit longer to see this vision fully realized.