The 10 most expensive homes listed in Toronto last month

Toronto home prices may be on a course correction, with the average cost of a roof over your head in the 416 expected to plunge by a staggering $140K in 2023, but it will still cost you a pretty penny to call Canada's largest city home.

That is less of a problem for some than others, like those one-per-centers who can buy whichever home strikes their fancy.

For the rest of us who just love to gawk at wealthy excess, here are the ten most expensive homes that went up for sale in Toronto in the last 30 days that you probably won't be buying any time soon.

The penthouse suites at The One — currently a contender for Canada's tallest building — include the two most expensive units for sale in Toronto right now, both in the range of 30 times the cost of the average Toronto home. 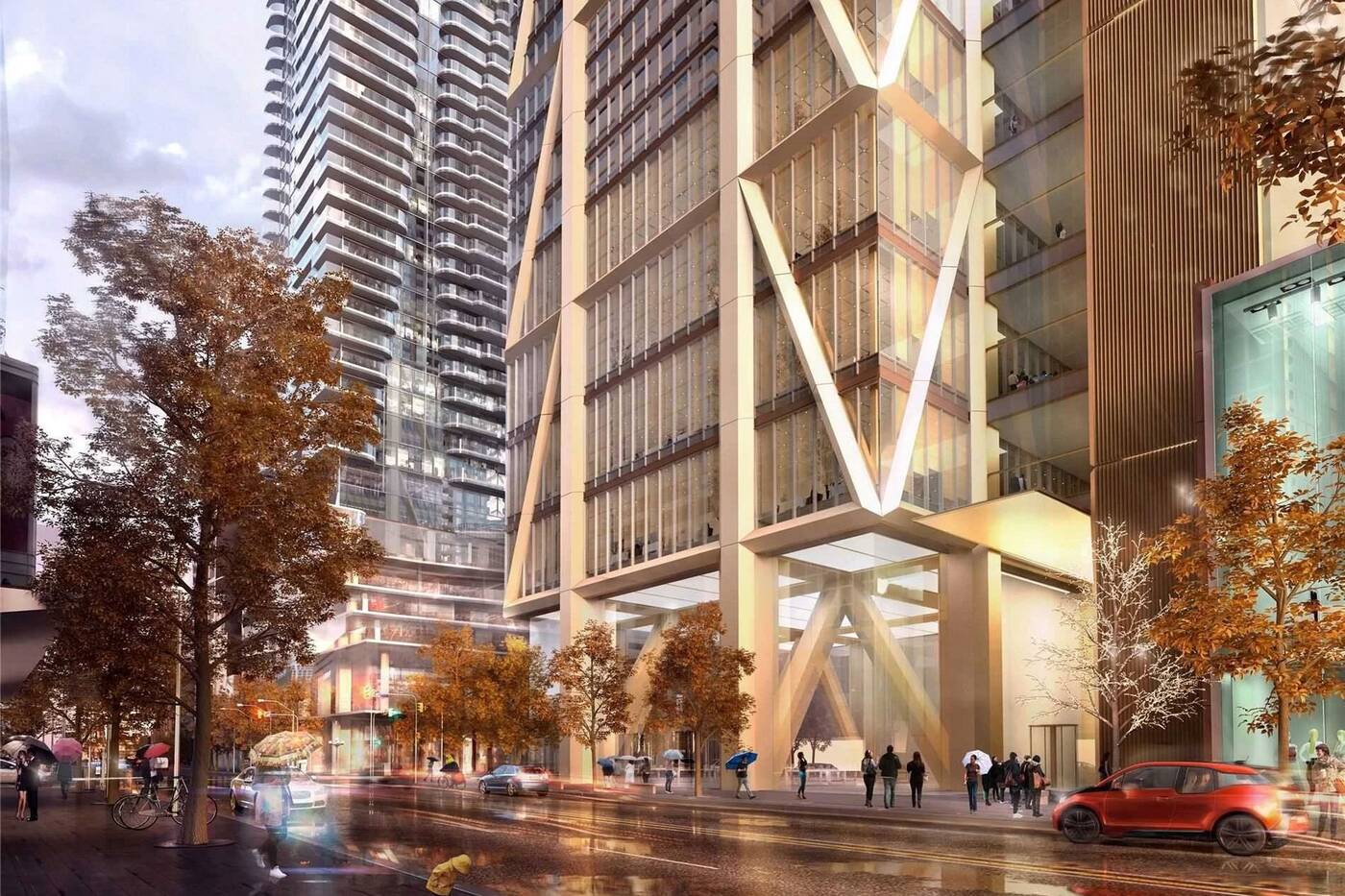 The most expensive of the bunch is suite 8000 at the currently-under construction 1 Bloor West. 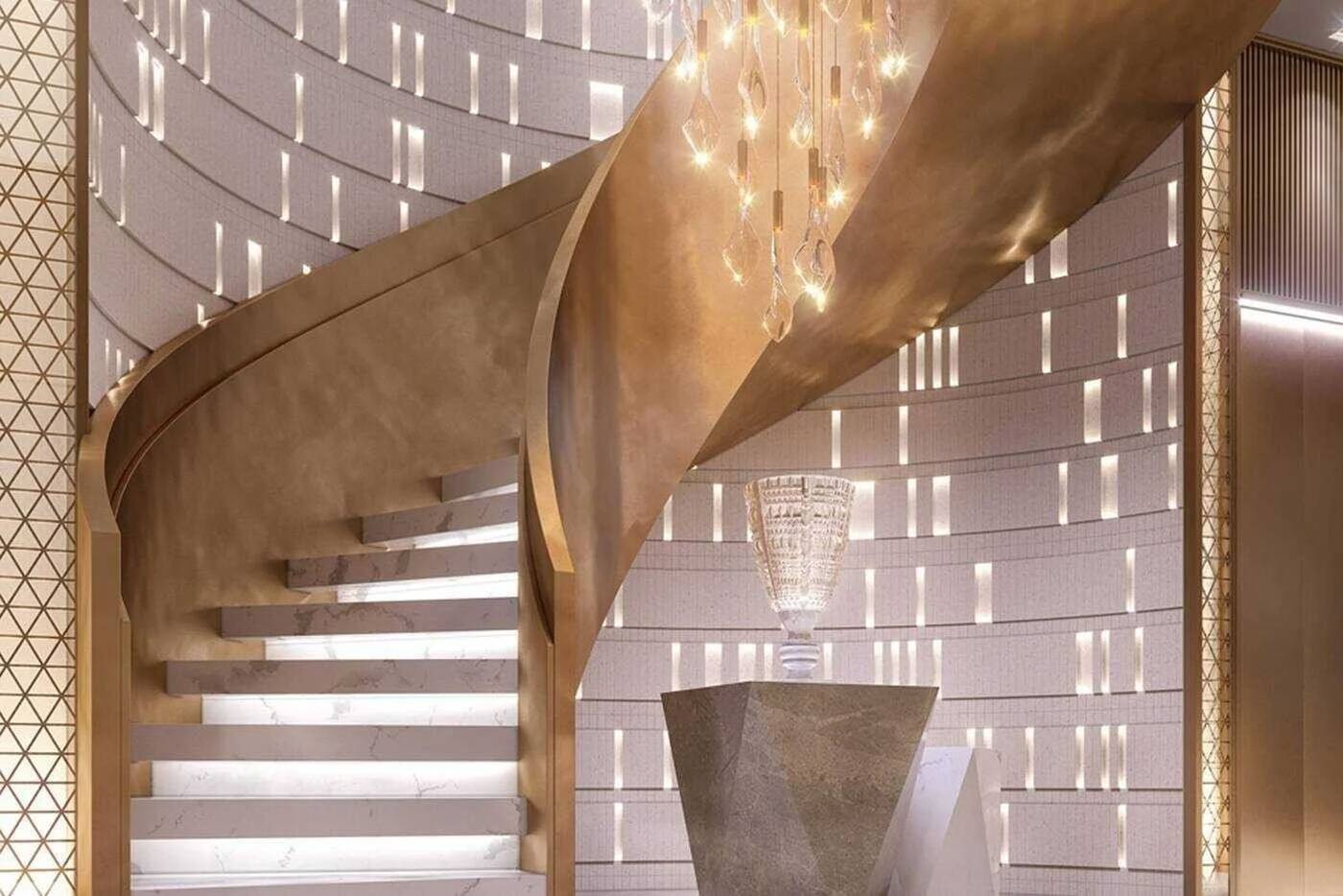 Suite 8204 at The One is only a shade cheaper, but, aside from its neighbour in the same building, this lavish home in the sky is still more outrageous than anything you'll find on the Toronto market. 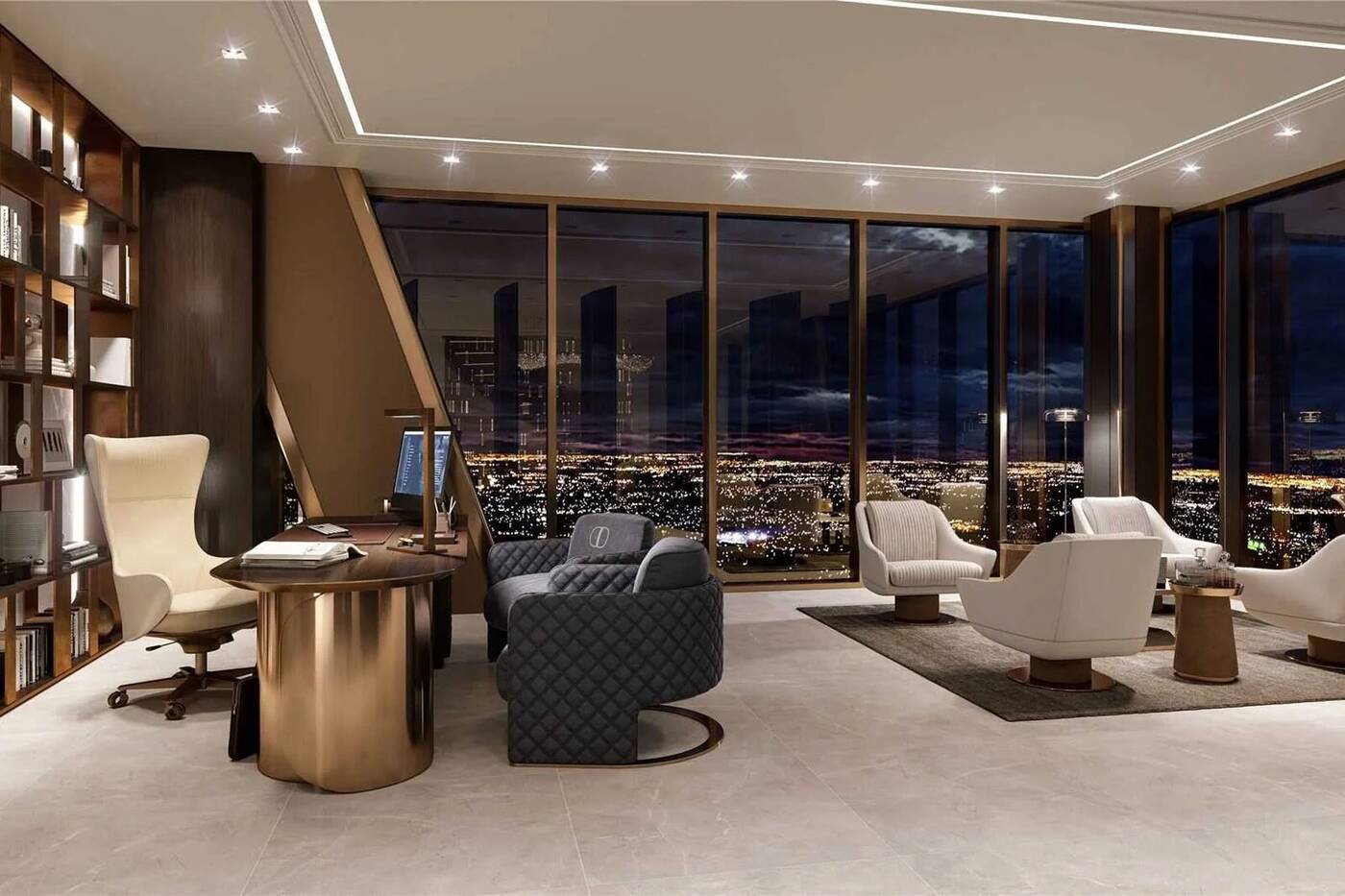 This may be the third-most expensive home available, but it actually used to be a whole lot cheaper. If you wanted to buy this five-bedroom mansion back in September 2021, it would have cost you almost $15 million, but a series of price drops reflect turbulent times for the luxury housing sector. 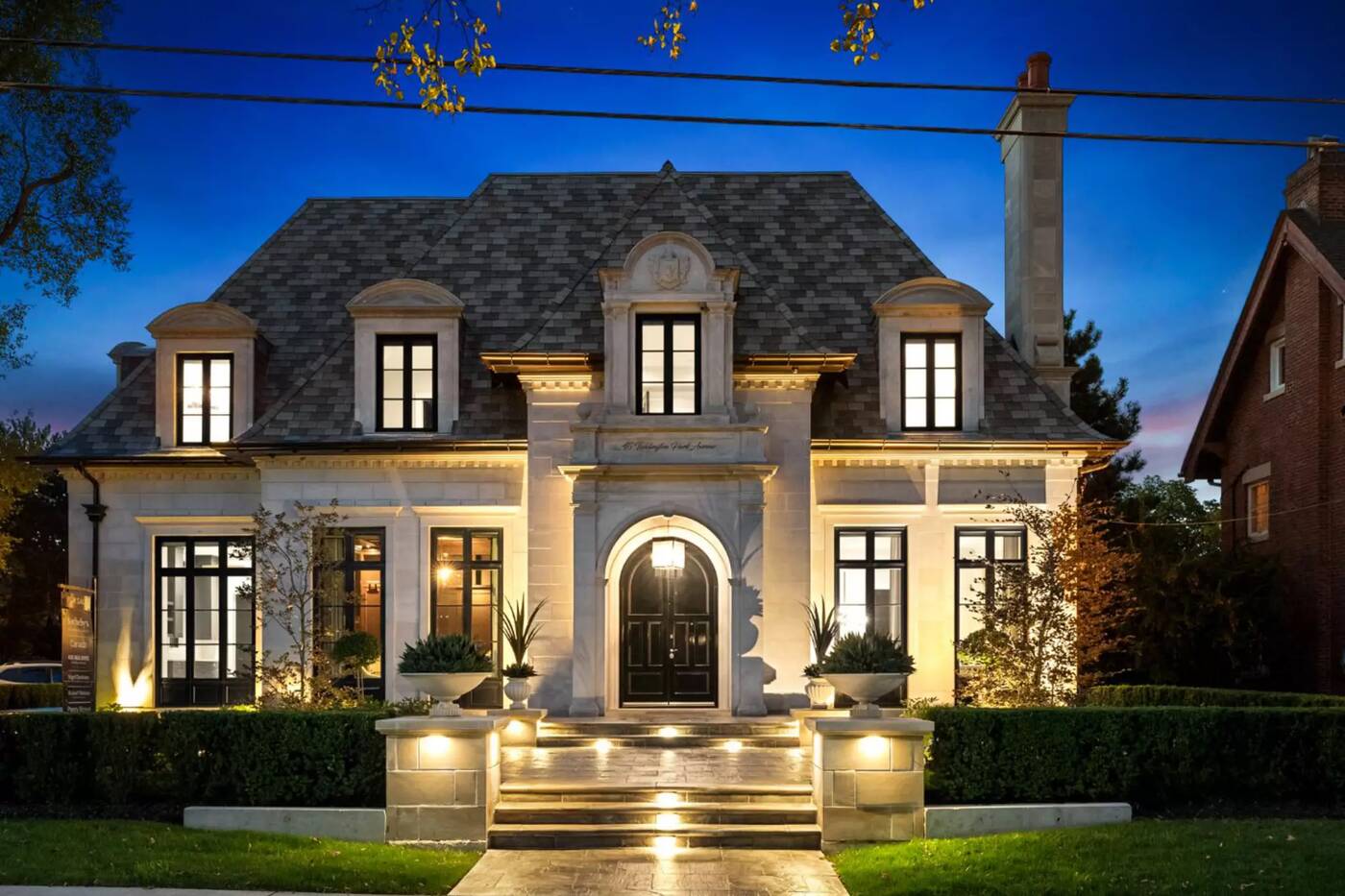 This five-bedroom estate in Hoggs Hollow features impressive interiors, including a kitchen that looks like it could easily stand in as a set for a high-budget cooking show.

Or, if you're less into dining in, the primary bedroom's nine-piece ensuite with wood finishes is sure to impress. 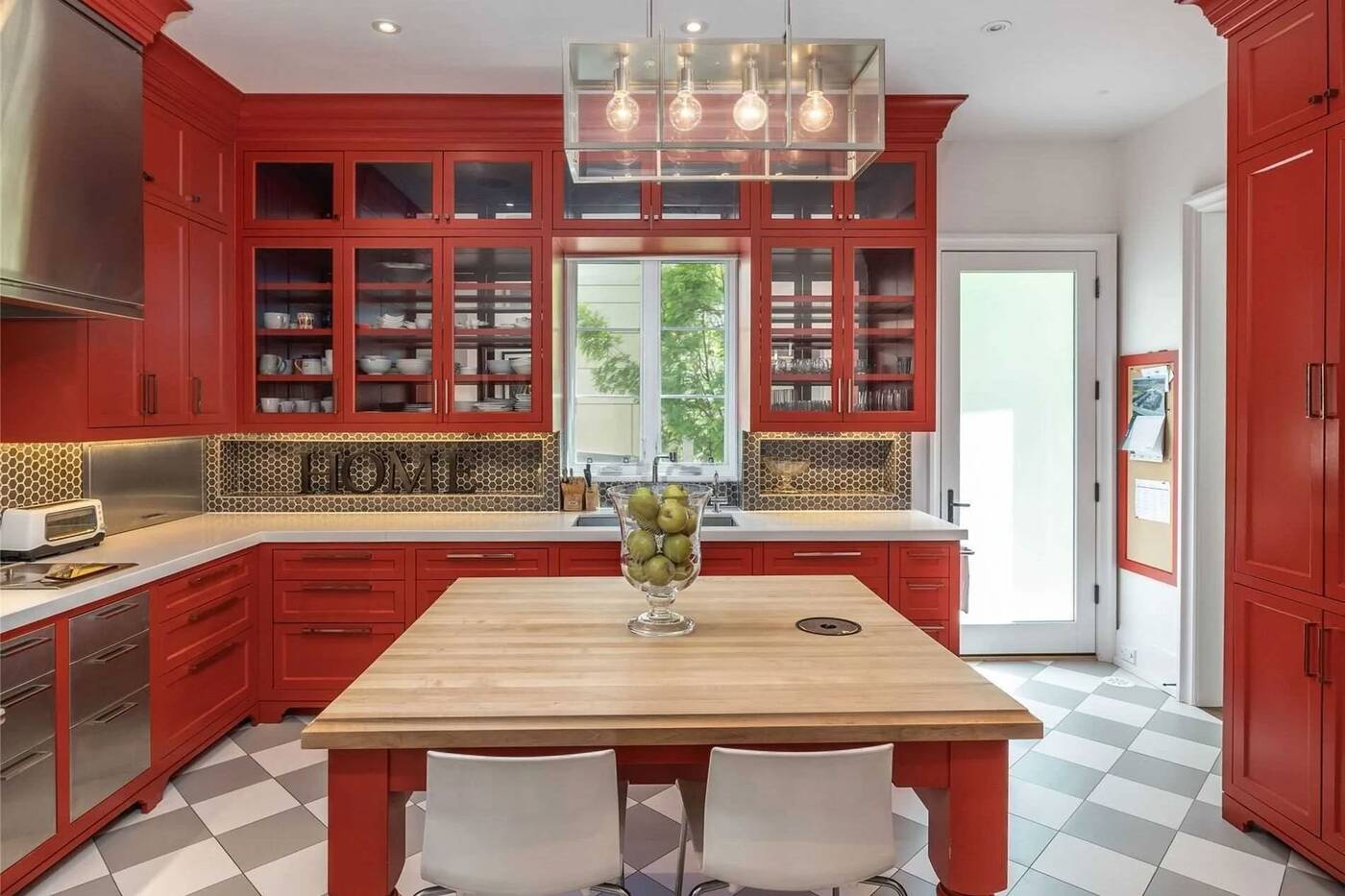 This absolute palace of a red brick Georgian-style house offers a wholly unnecessary eight bedrooms and eight bathrooms, perfect for the buyer with way too many bickering teenagers or way too little fibre in their diet. The over 9,700 square-foot, 1908-built home may look old, but its interiors are anything but, with gorgeous modern finishes throughout. 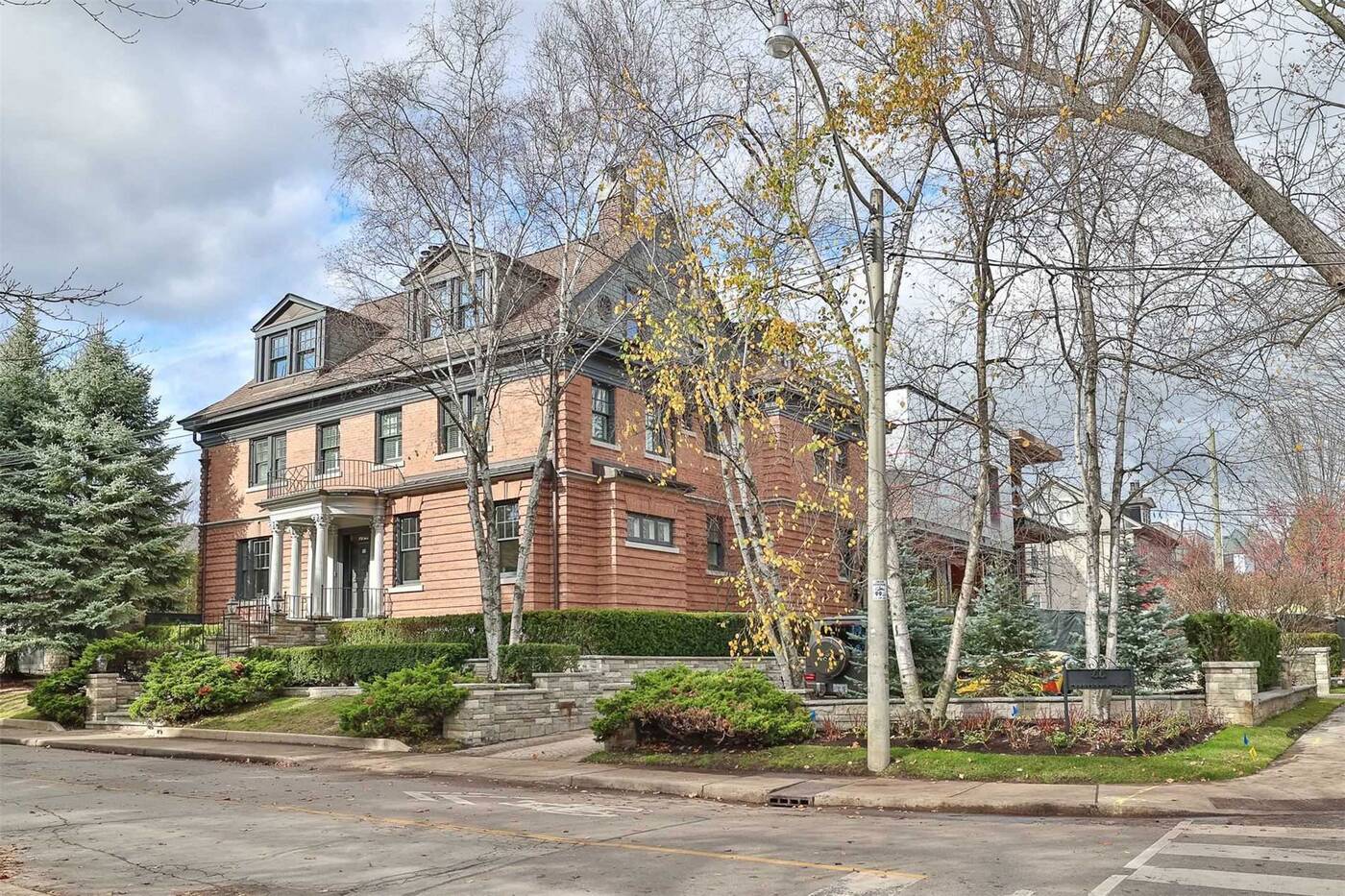 So, a relative steal. 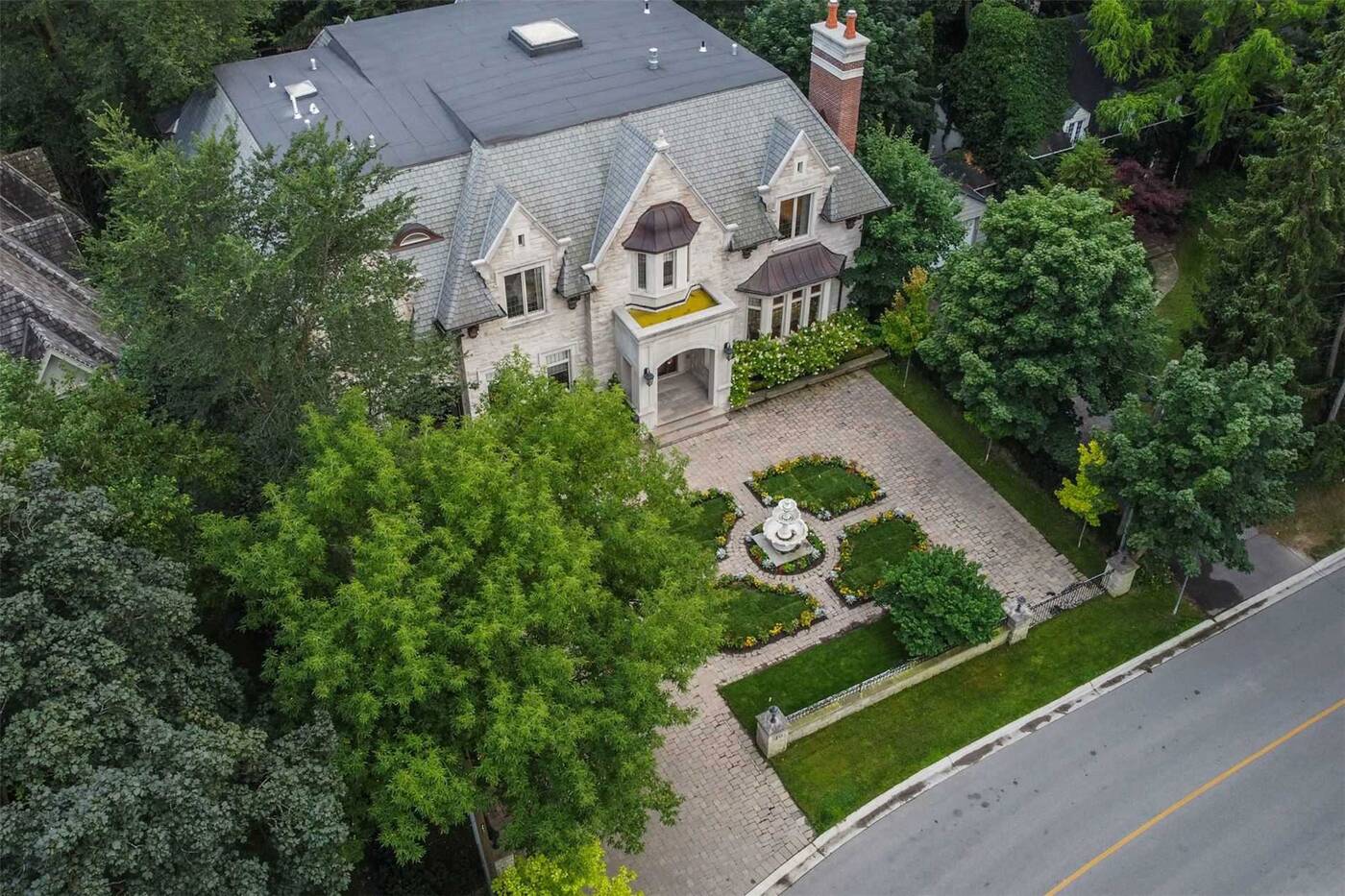 If you've ever had the very specific desire to live inside your own Wes Anderson movie (nope? Me neither), 62 Hazelton Avenue is probably your best bet locally.

This 5,208 square-foot home in the prestigious Yorkville neighbourhood sets itself apart from the pack with an expressive and ornate interior that would be fit for a 17th-century French aristocrat. 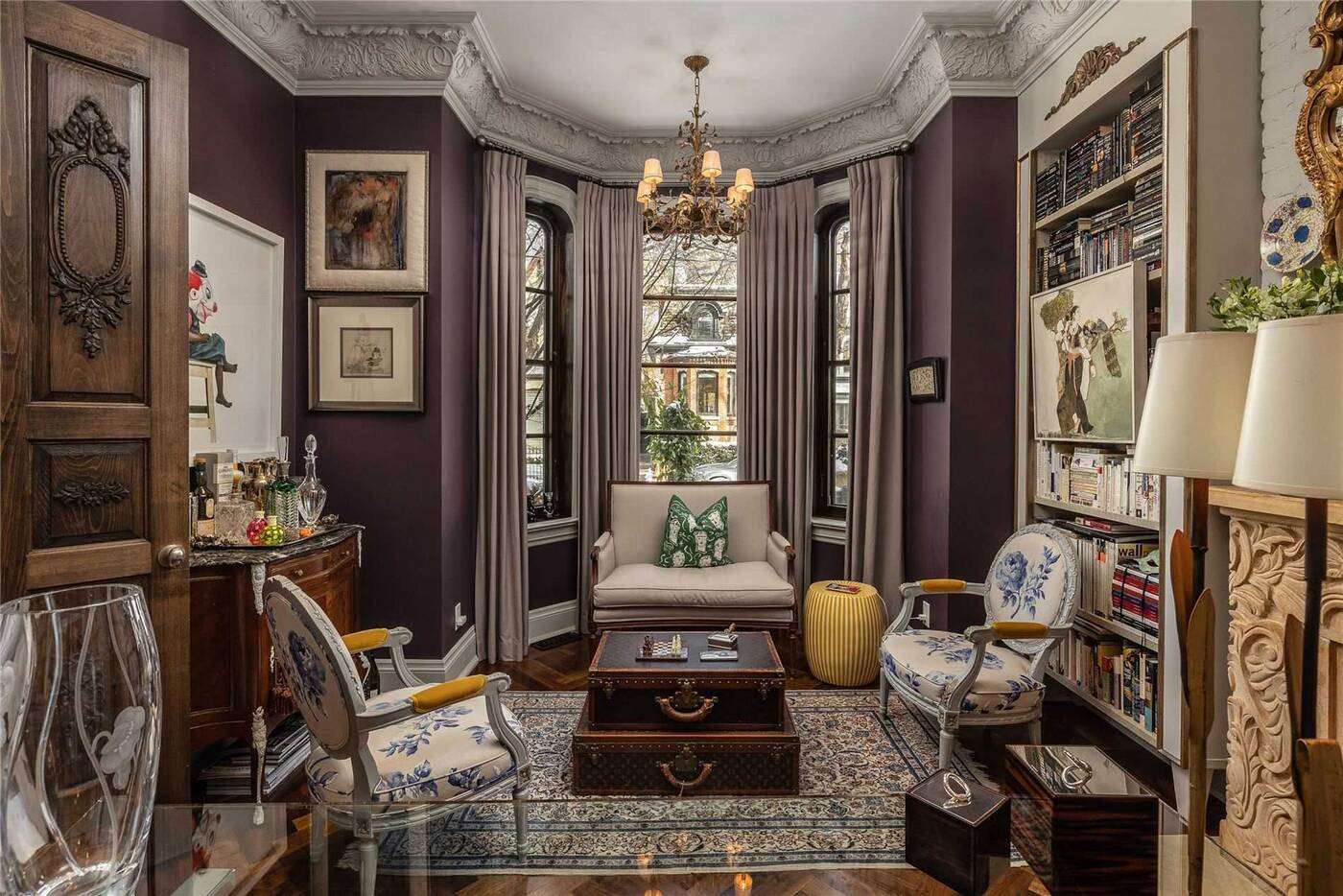 Would you pay almost $9 million for a home that only exists on paper? Because that's what's going on at 171 Dunvegan, where a massive five-bedroom, eight-bathroom mansion is approved and awaiting final permits before shovels can go in the ground.

It wouldn't come as a shock to see the completed home destined for this lot appear on future 'most expensive' lists at a considerable markup. 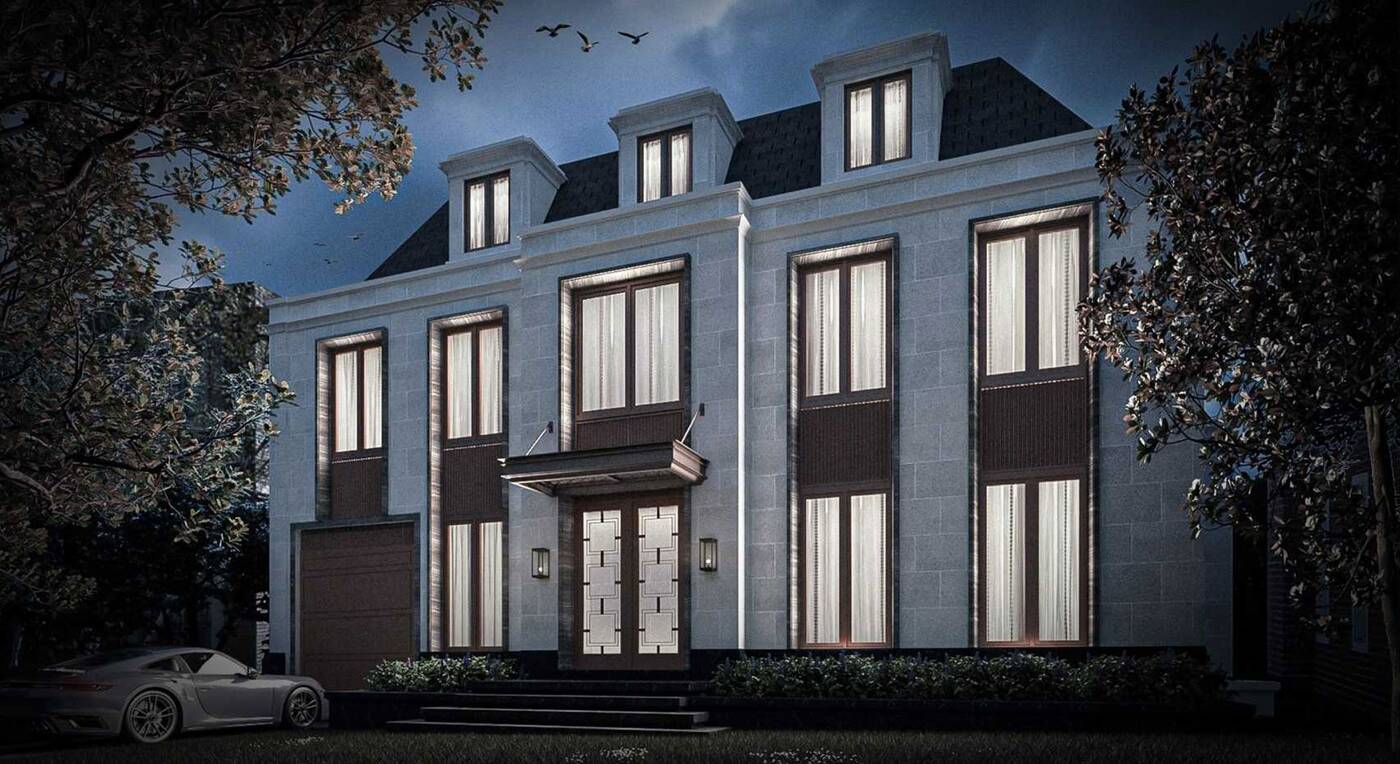 If you're into that Miami Vice postmodern look and have almost $9 million to spare, this over 12,000-square-foot house in the affluent St. Andrew-Windfields neighbourhood comes with all the frills type of person who owned a lot of white suits in the 1980s could ever dream of, and an aesthetic to match. 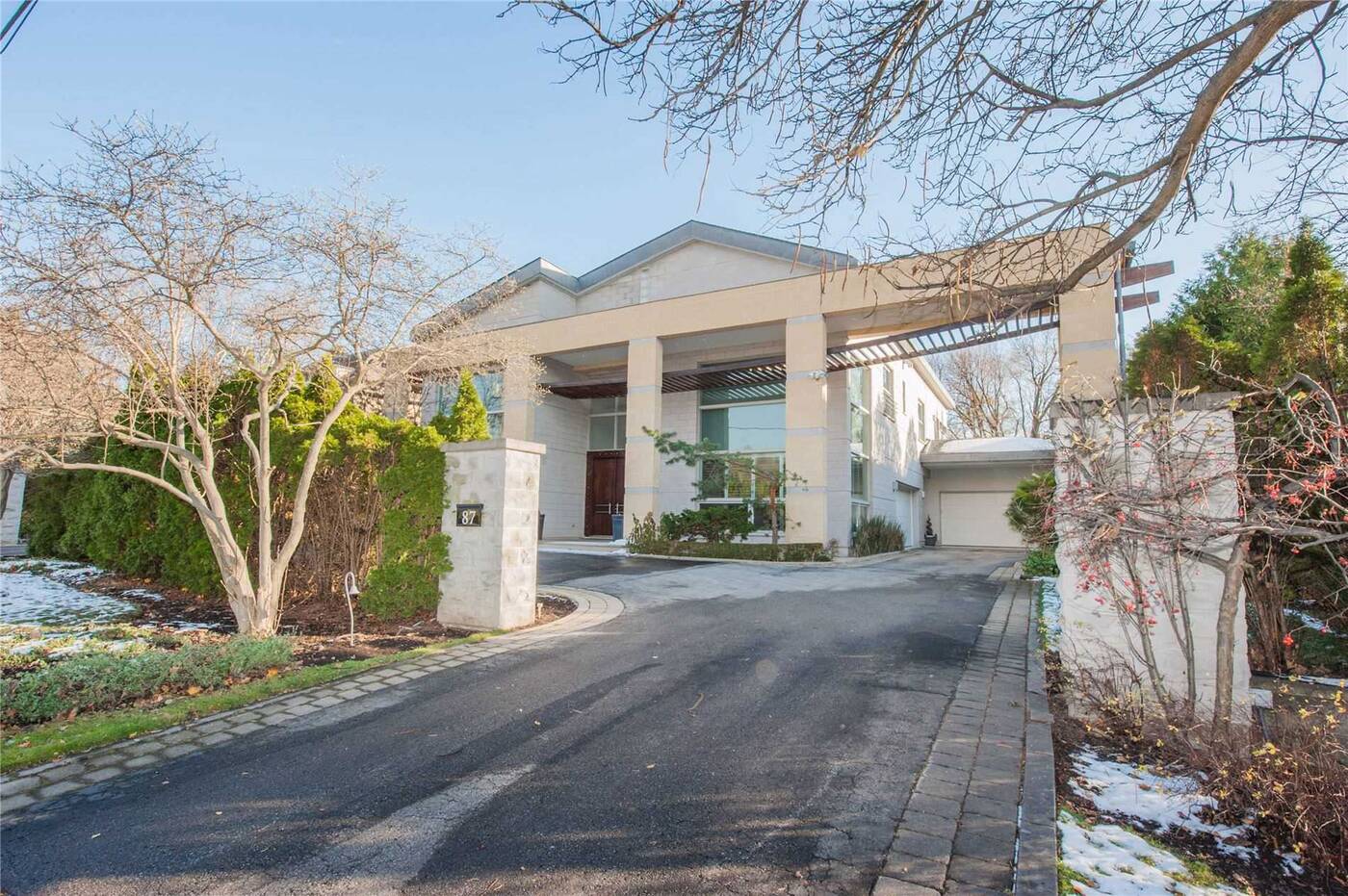 The cheapest home on this list (cheap being a relative term in this context) will still cost you over $8.6 million, and surprise, surprise, we are once again back at the prestigious skyscraper under construction at 1 Bloor West, The One. 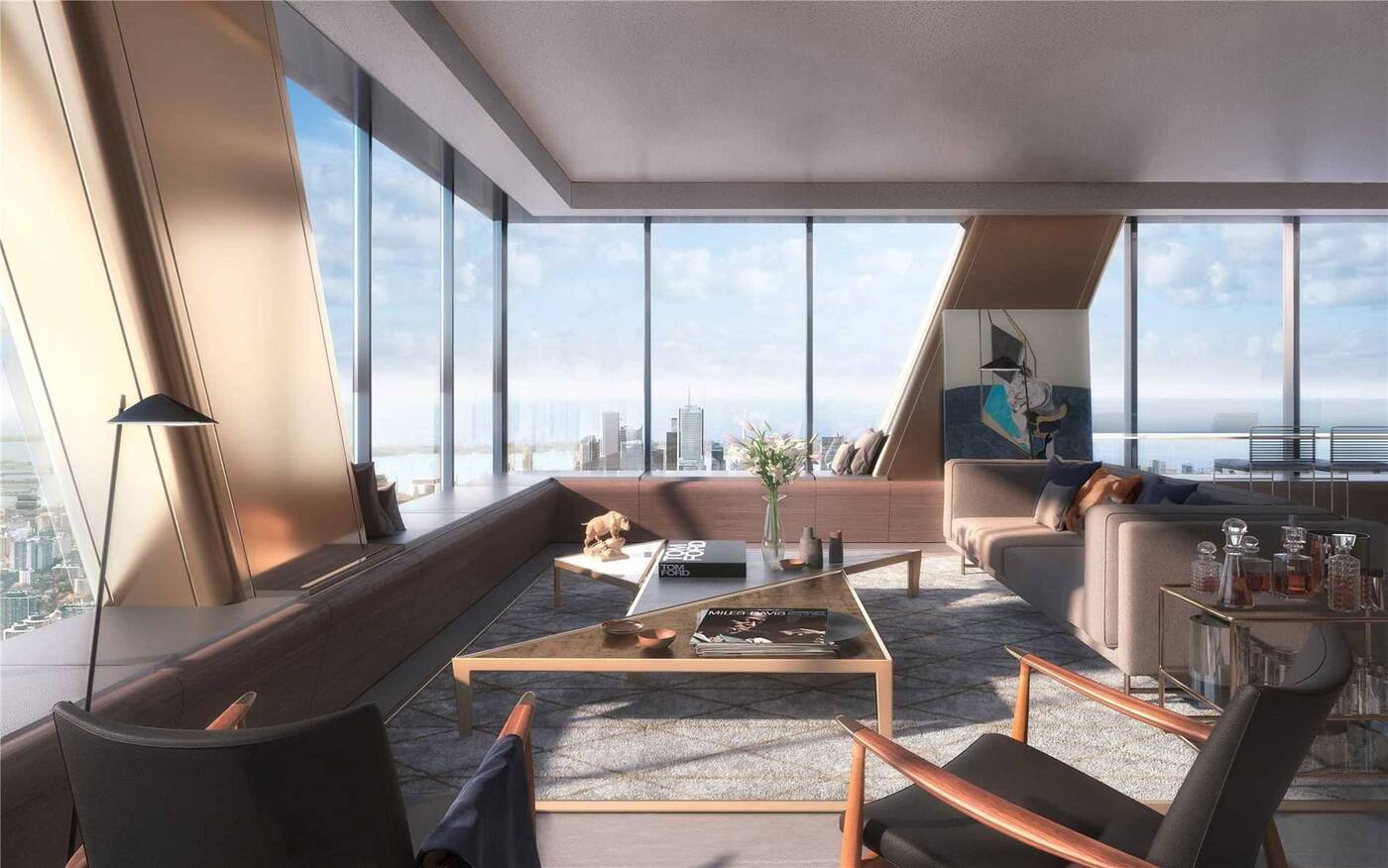 Units in the tower make up three of the top ten most expensive recent listings in the city, and also make for a nice bookend to this list.