The Greater Toronto Area (GTA) housing market is cooling off, and it appears rent prices in the region have started to follow suit.

The latest Toronto Rent Report from liv.rent highlights a decline in the region-wide average rent price for an unfurnished, one-bedroom unit in December, dropping for the second consecutive month.

For those still holed up in their parents' basement holding out for a major price correction, I am disappointed to inform you that, despite a trend of declining rent prices, the average GTA rent fell by only $12 in November.

Average rent for the Toronto area now sits at $2,082 for an unfurnished one-bedroom unit, declining from $2,094 in November and $2,149 in October, but still higher than the September average of $2,010. 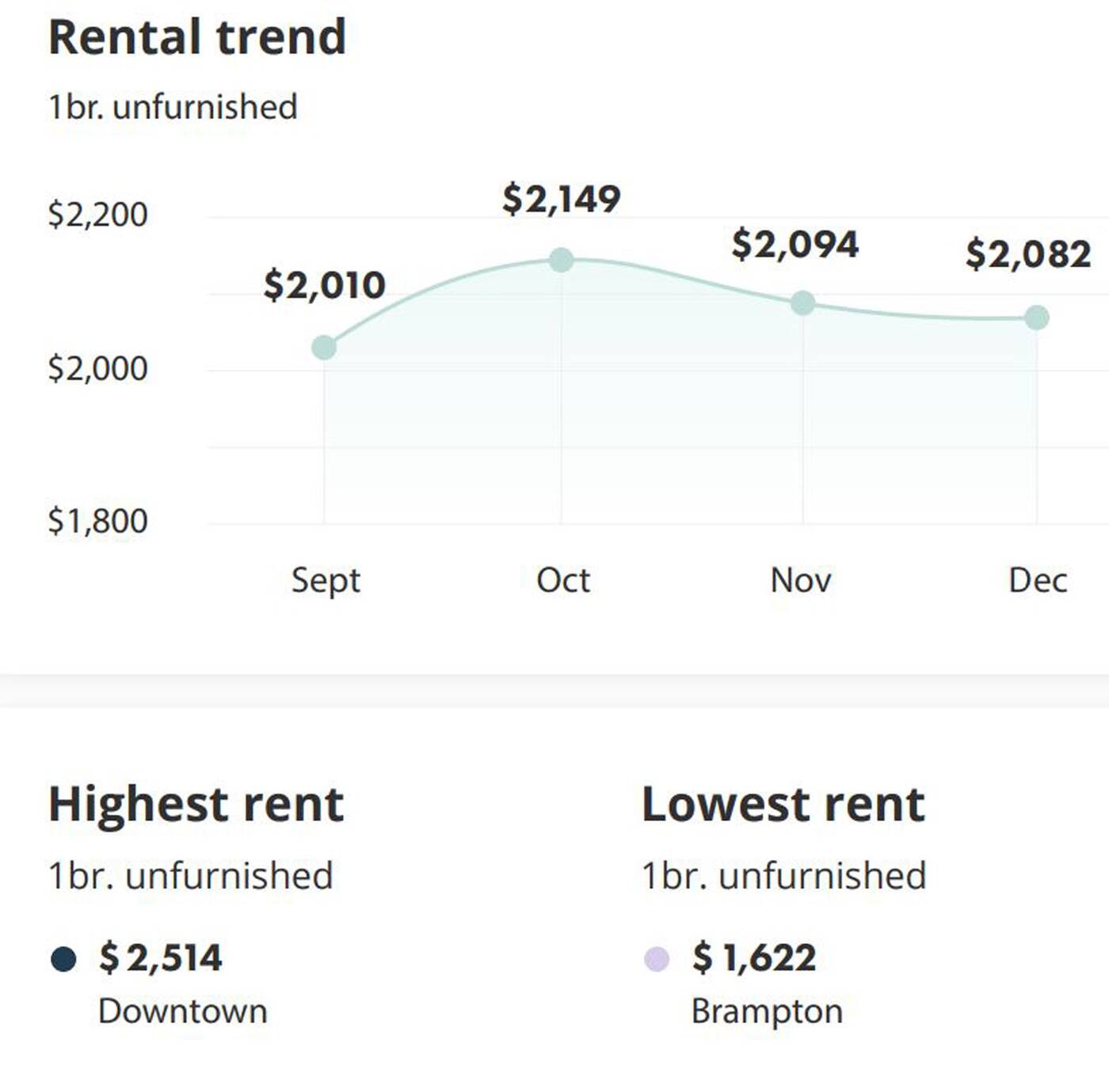 However, if you're trying to rent a home in the GTA on a limited budget, some areas of the region offer much more bang for your buck.

Downtown Toronto is, unsurprisingly, the most expensive part of the GTA to rent one-, two-, and three-bedroom units, across both unfurnished and furnished listings. An unfurnished one-bedroom in the heart of the city averages at $2,514 per month in December.

Those numbers soar much higher for multi-bedroom units, with downtown two-bedrooms averaging at $3,307 per month and three-bedrooms at $4,534.

But there is a wide gulf between those highest highs and the lowest lows in the region, and if you've been priced out of the core, suburban centres like Brampton are much, much, more affordable for renters.

Currently the cheapest rental option in the region, Brampton's average unfurnished one-bedroom rent for December sits at $1,622 per month, which is a shocking $892 per month cheaper than downtown Toronto.

Average rents within Toronto proper varied wildly, but the cheapest place to rent while still maintaining a 416,647 or lesser 437 area code is East York, where an unfurnished one-bedroom will run you an average of $1,878 per month.