It's been a tumultuous year for Toronto's housing market, with prices, sales, and new listings dropping dramatically with each passing month.

For one faction of the market, the worst may be yet to come.

Pre-construction condos pose a "significant risk" to Toronto's housing market, Pasalis notes, specifically due to the number of investors who are struggling to finance the units they purchased years ago.

Between declining condo values and rising interest rates, thousands of investors across the city are in distress. And private lenders - the "traditional fallback plan" for those struggling to get a mortgage - have increasingly stepped away from financing new mortgages, too.

Pasalis believes the challenges facing Toronto's pre-construction condo market will reach a tipping point in 2023 when, according to research firm Urbanation, a record 31,000 condos are scheduled to be completed. Just under 19,000 are expected to be finished in the first half of the year alone.

If even 10 per cent of purchasers find themselves without the financial means to close on their condos, and potentially needing to declare bankruptcy, Pasalis says there could be a "ripple effect in the broader resale housing market," since the majority of investors are also homeowners.

According to the report, the average price of a condo in Toronto hit $739,099 in October, a 12 per cent decline from the peak seen in March. Sales have suffered a worse fate, dropping a staggering 53 per cent on a yearly basis. New listings were down 16 per cent year-over-year. 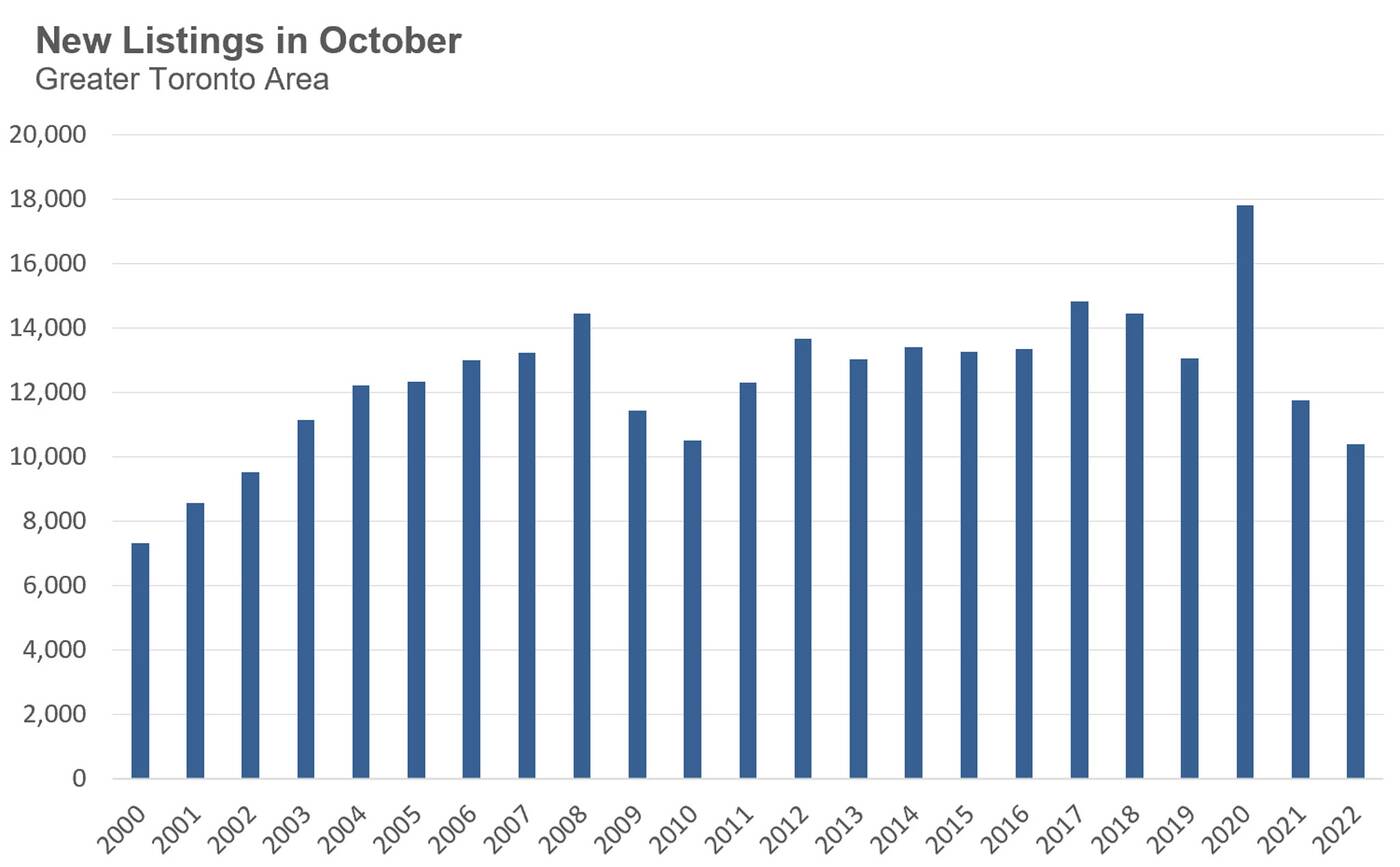 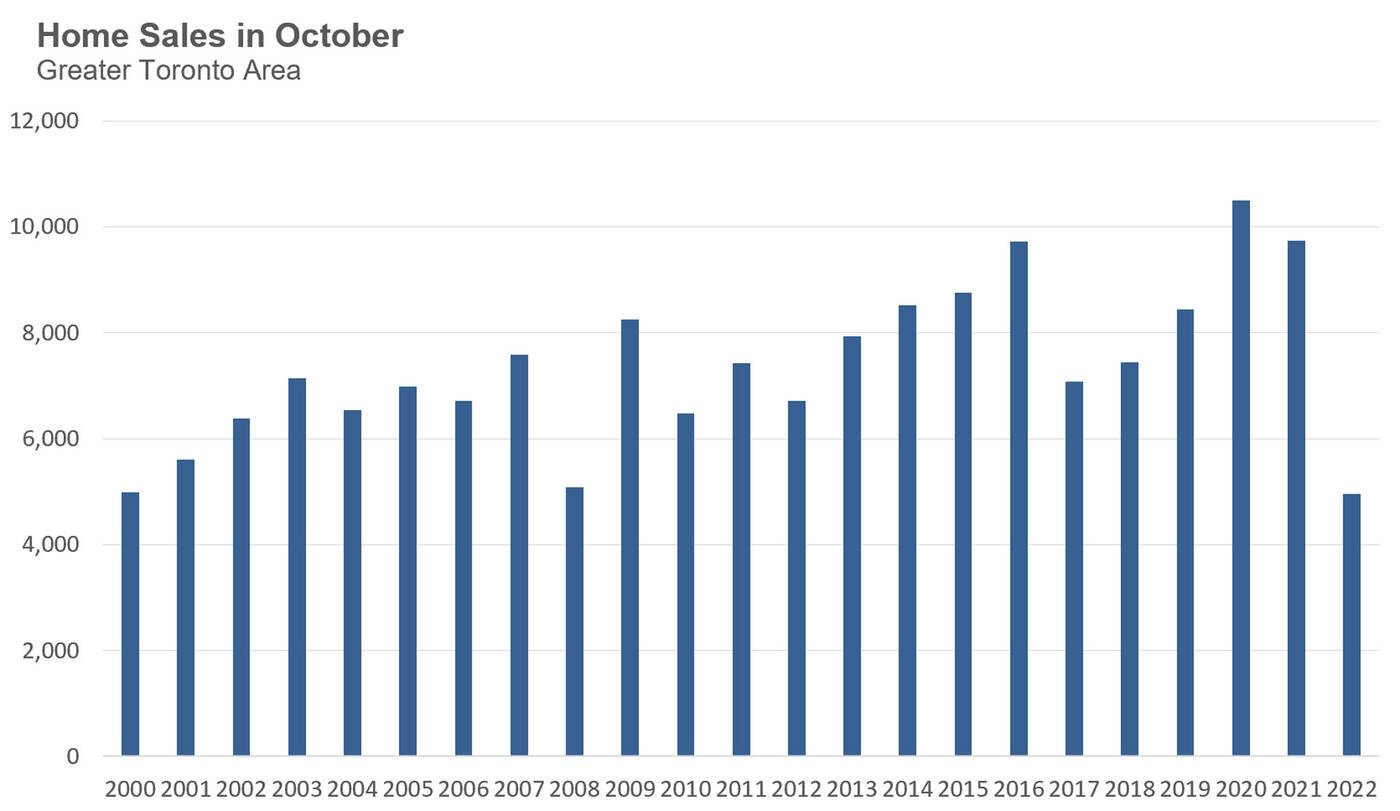 "We will likely find out sooner rather than later what impact, if any, the distress we are hearing about in the pre-construction condo market might have on the resale housing market," Pasalis warns.