Toronto street will soon be choked in condo towers

Toronto is a city full of condos, whether you like it or not. And as the downtown core gets filled with more and more towers, the condo conundrum is leaking into the rest of the city.

Take The Queensway in Etobicoke, specifically between Kipling and Royal York, and you'll see the beginnings of condo town.

The best example is the ongoing construction mess outside the Queensway Cineplex, where a Kelsey's, Milestones and Montana's have been demolished for Verge Condos, a RioCan "living condominium community."

Plans outline a 10-storey mid-rise condo and a 17-storey condo with amenities including a party room, cocktail lounge and TikTok room.

The City originally opposed the plan but reached an agreement with a revised proposal, which saw the taller tower downsized from 20-storeys.

No final completion date is listed on the website but I can assure you that once tenants are moved in, the intersection will be a mess for traffic. 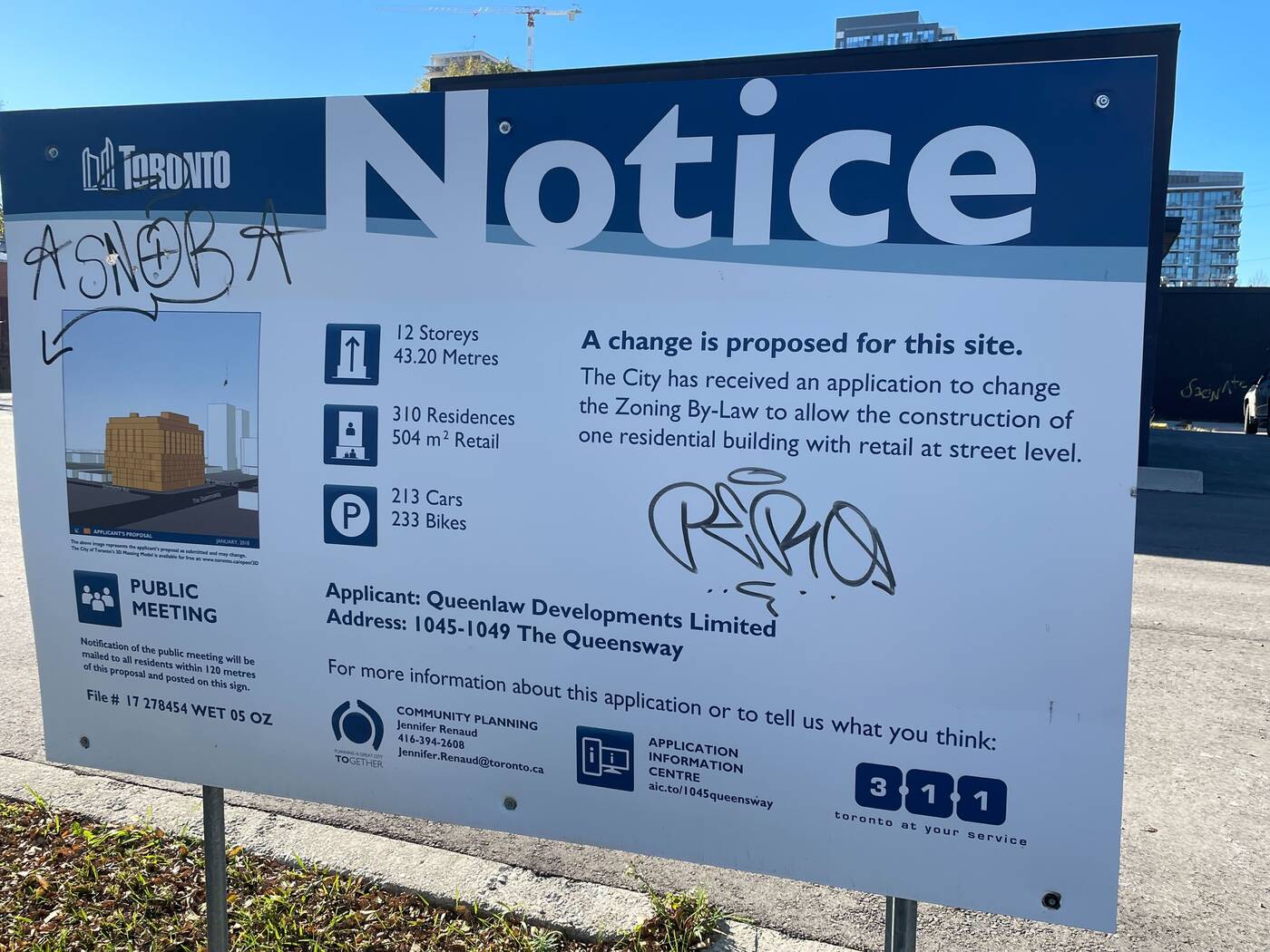 There's also Curio Condos between Royal York and Islington, a 10-storey residence brought to you by Marlin Spring at 801 Queensway, a former body shop.

Marlin also claims responsibility for The Tailor at 1197 The Queensway, closer to Kipling, a sold-out 140-condo building and the land at 1049 The Queensway, a pre-construction 12-storey space.

Toronto's development application search for the latter described the site as a "proposed development of a 12-storey mixed-use building containing 284 dwelling units, 707 square metres of retail" with 209 parking spaces.

Don't forget Reina at 689 Queensway, Kazmir at 880 Queensway, Queensway III, Thirty Six Zorra Condos, 859 The Queensway and I'm sure at least half a dozen more. 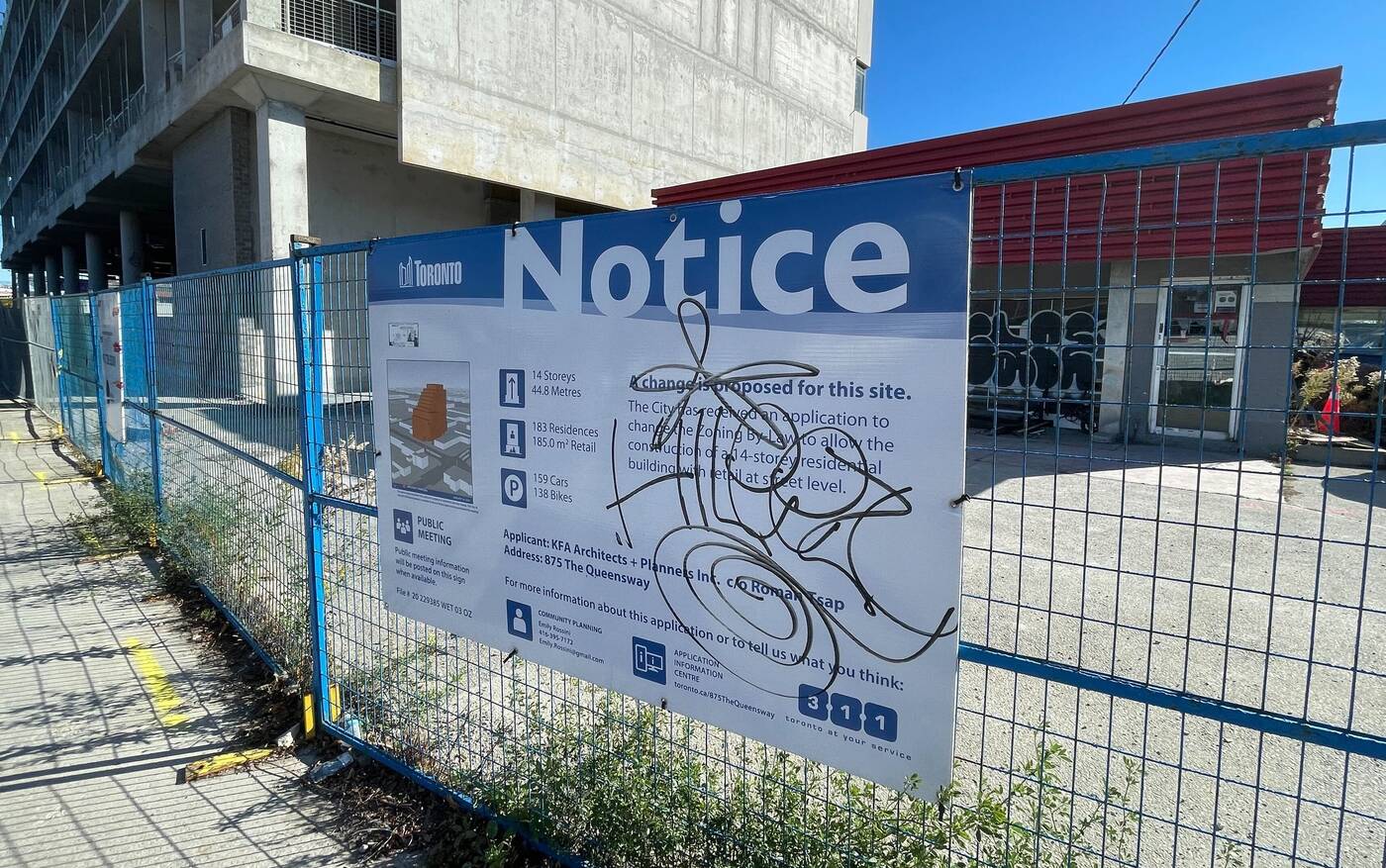 These towers have replaced medical buildings, gas stations and car washes, important insinuations to any neighbourhood.

Now dear reader, if you aren't familiar with The Queensway, it's not unlike any other popular Toronto artery. Two lanes each way, choked with vehicles heading to and coming off The Gardiner.

Already the traffic is terrible without half of these condos and as they face completion in the next two - five years, one can only assume traffic conditions will be less than ideal.

Of course you could make the argument that these new tenants will bring dollars to local stores, restaurants and other businesses, though some question if the area will lose its charm. 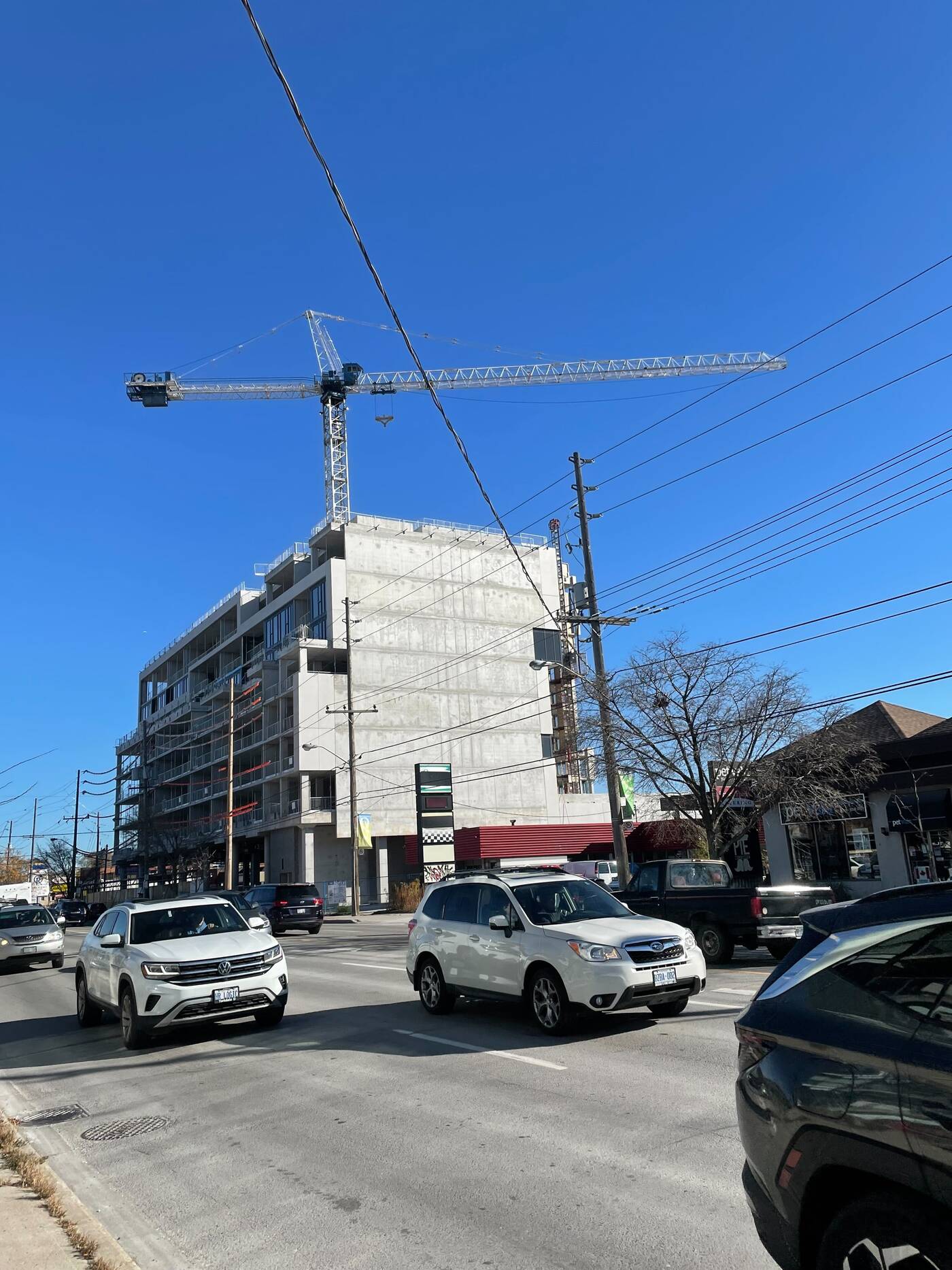 This five kilometre or so stretch of road will be unrecognizable as it stands today and in a city like Toronto that needs more housing, do condos help or hinder?

Seeing as none of these towers are described as affordable, one could say that it's a definite no.

In an area with low-density like this strip of Etobicoke these condos will dramatically change the landscape, the question is whether its for the better or not.